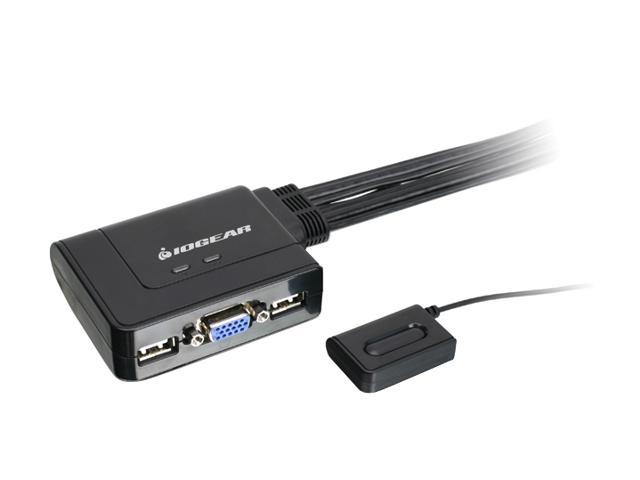 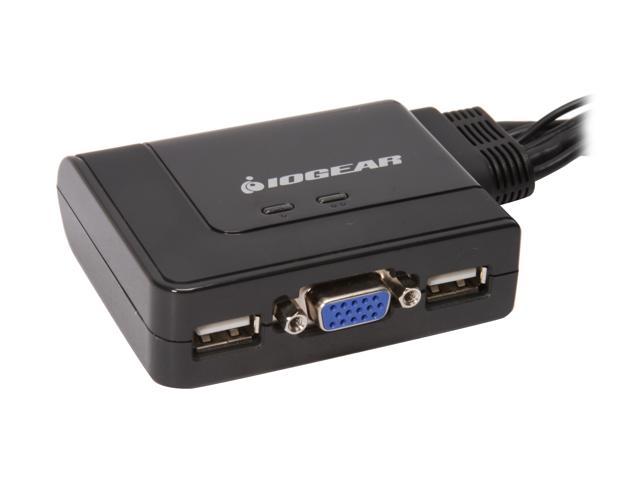 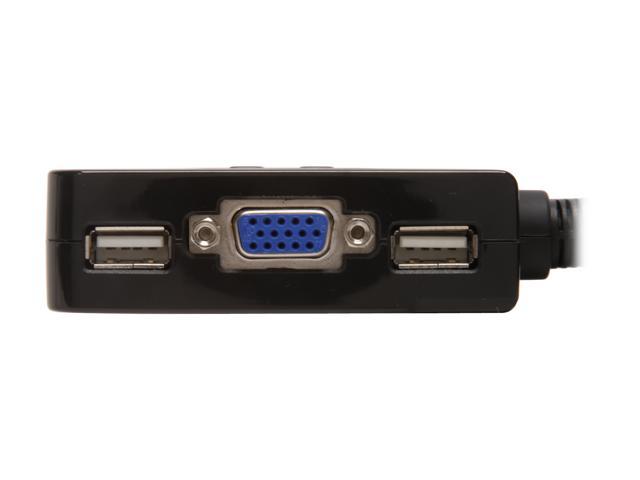 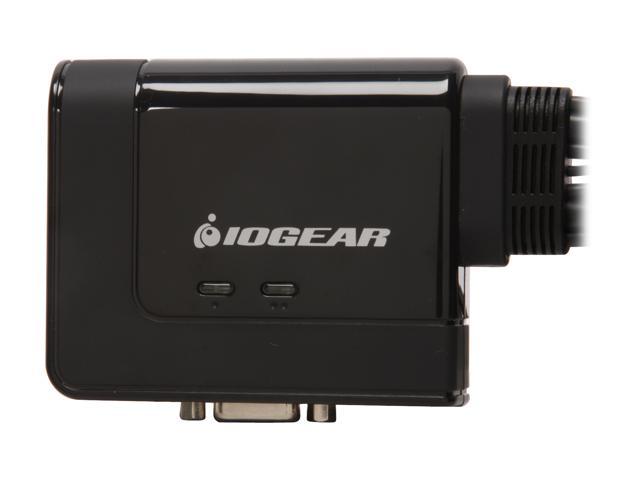 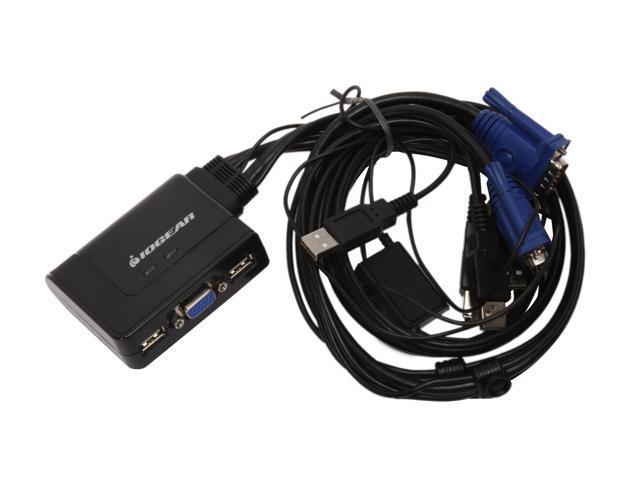 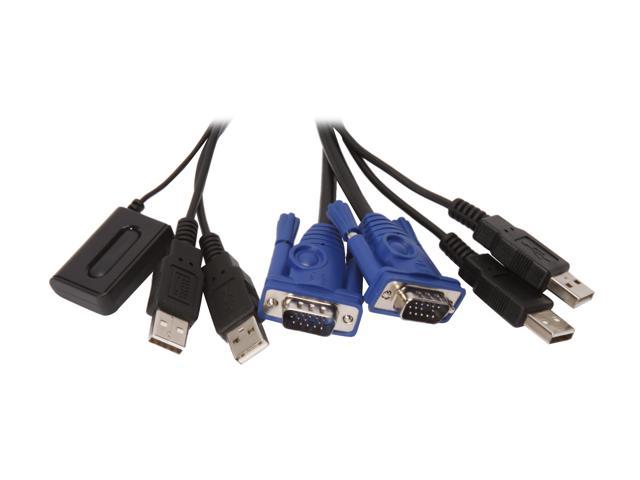 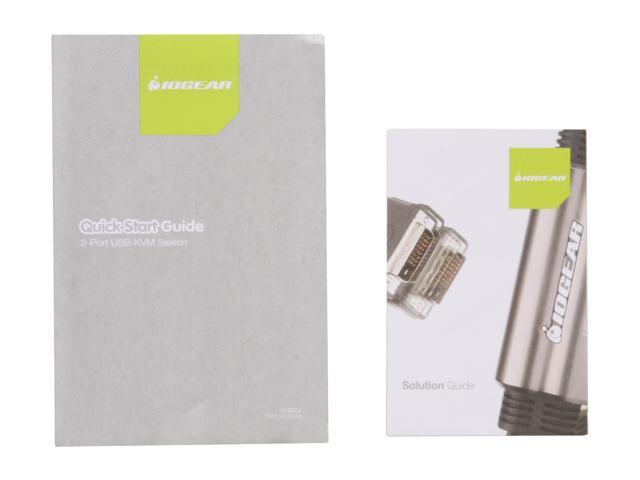 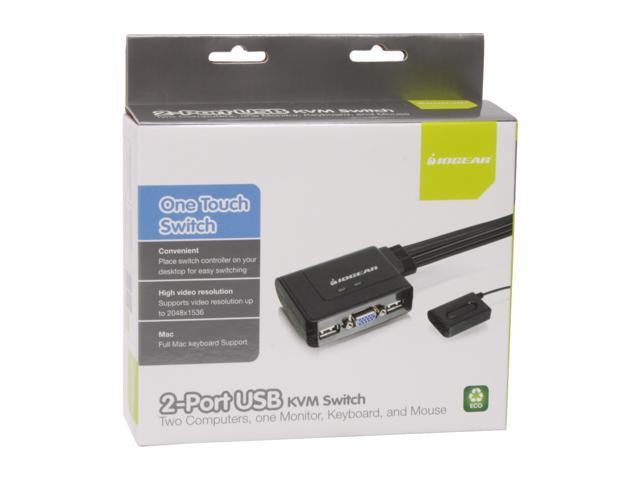 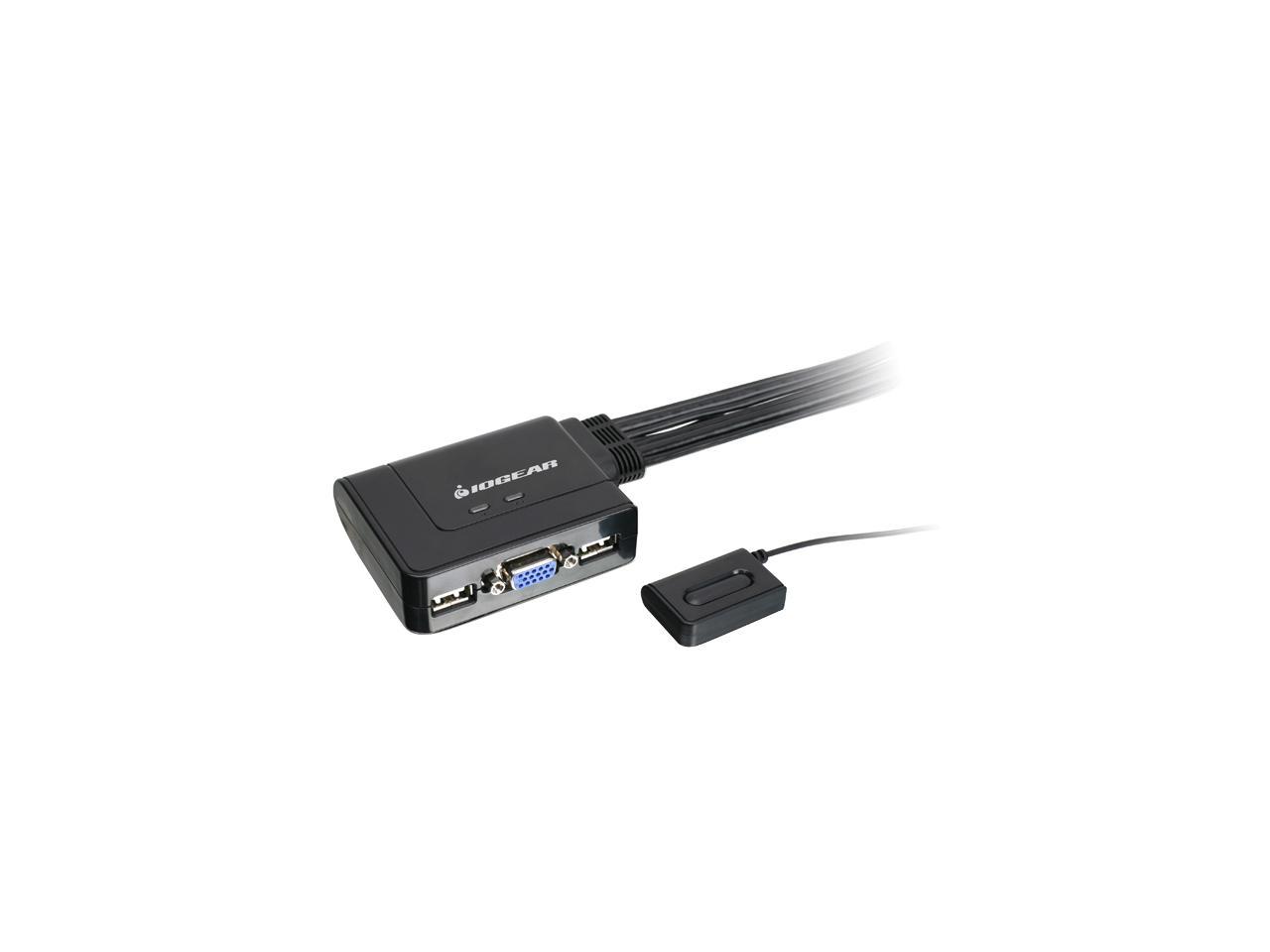 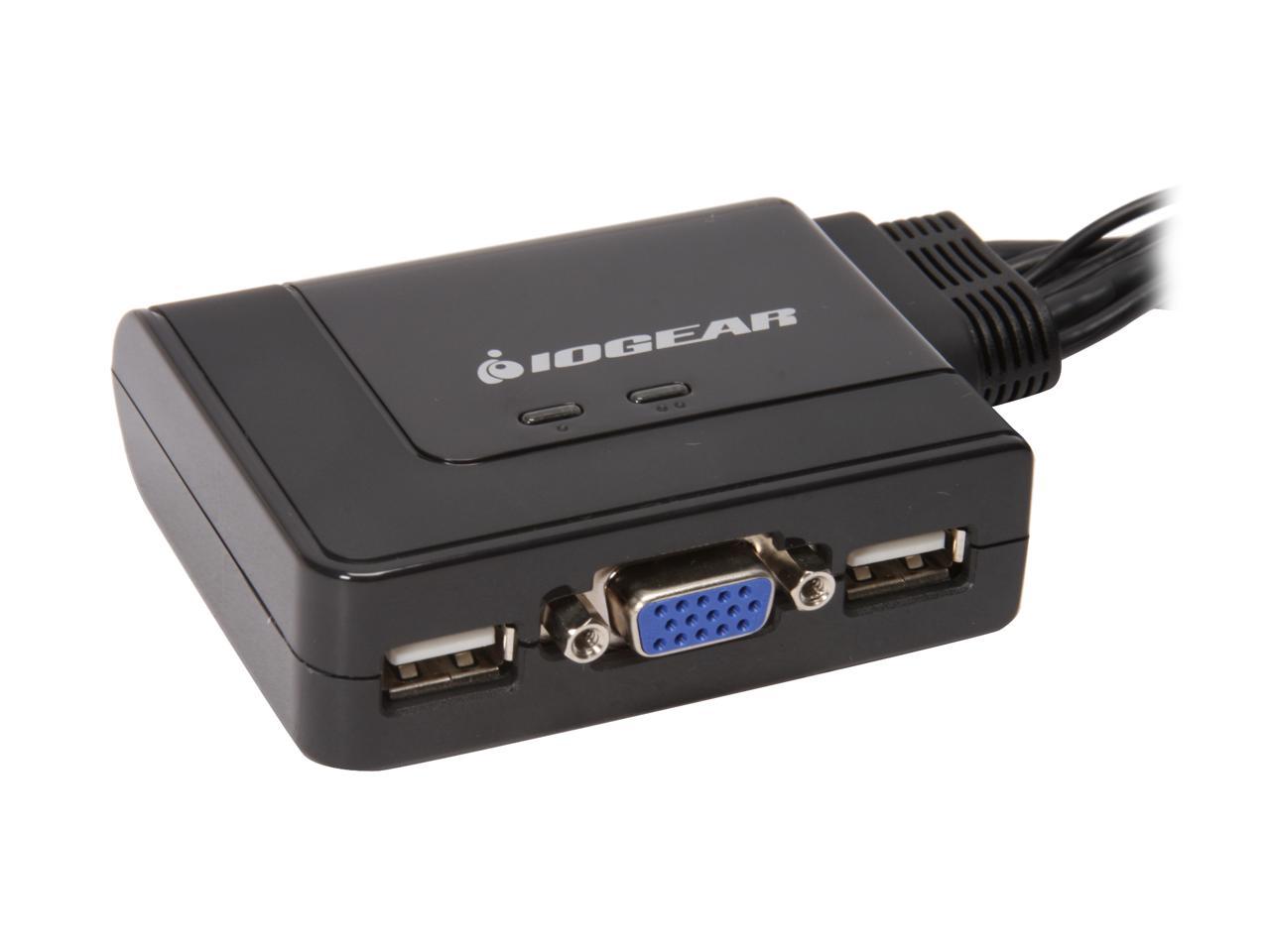 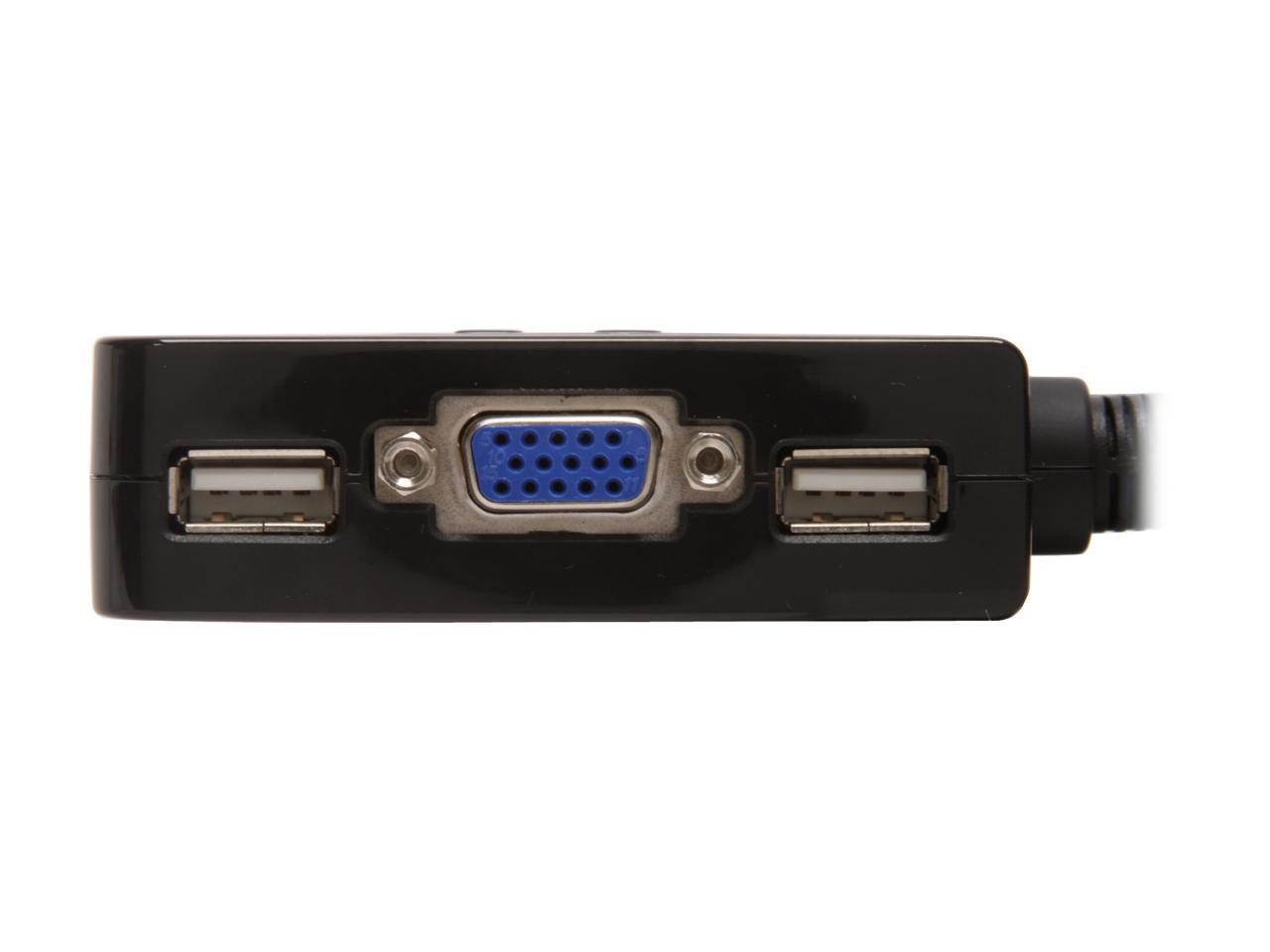 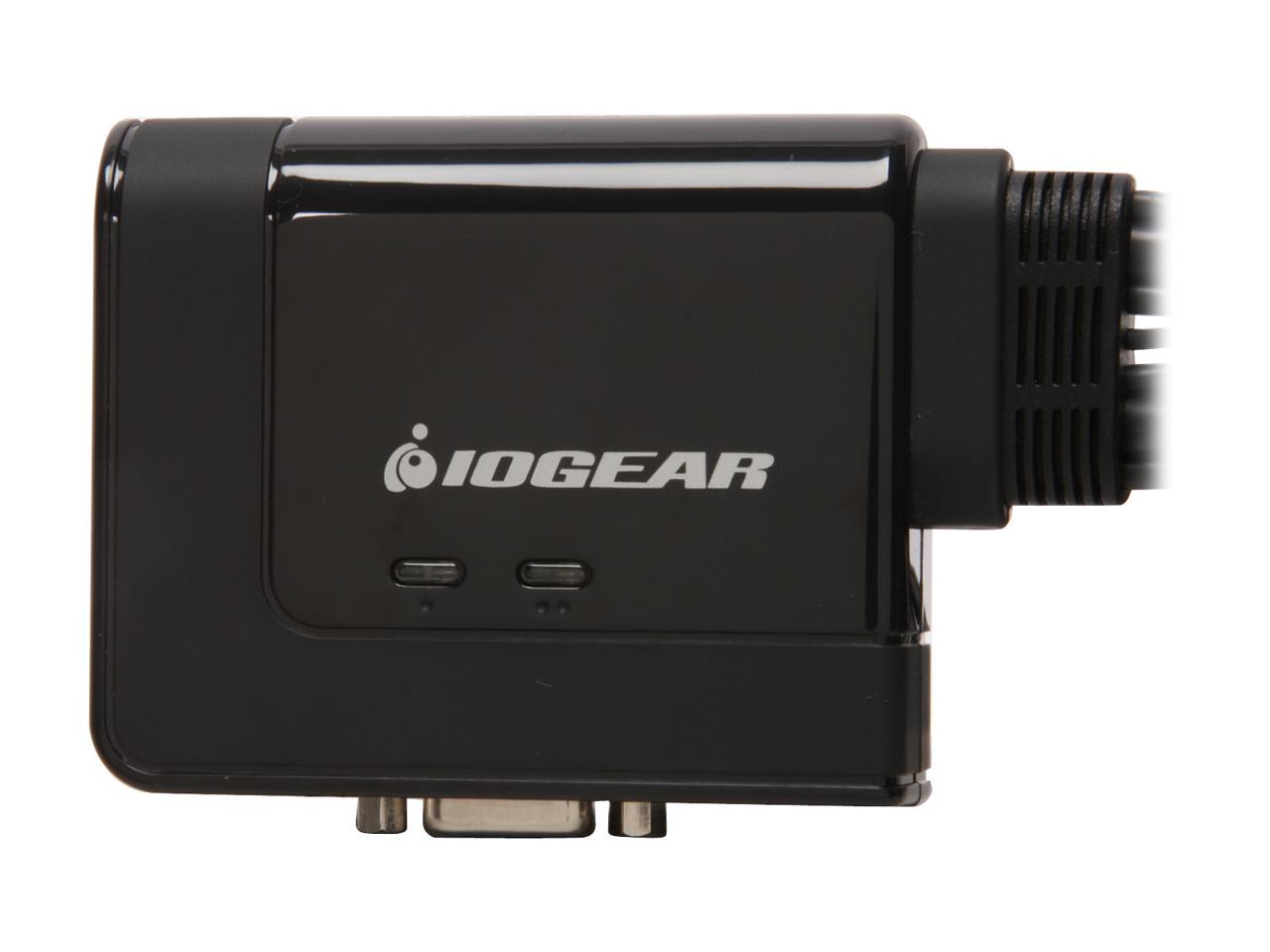 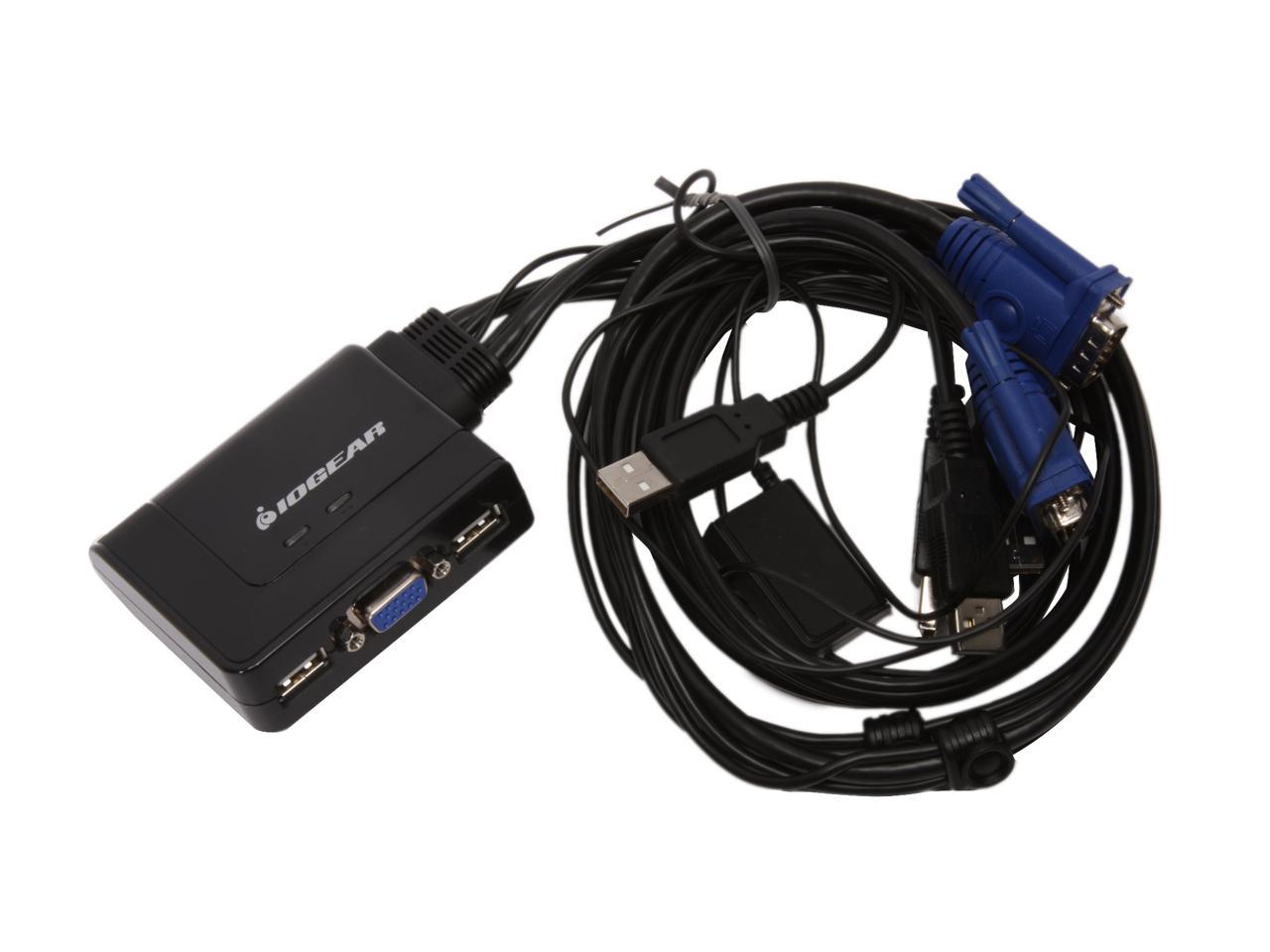 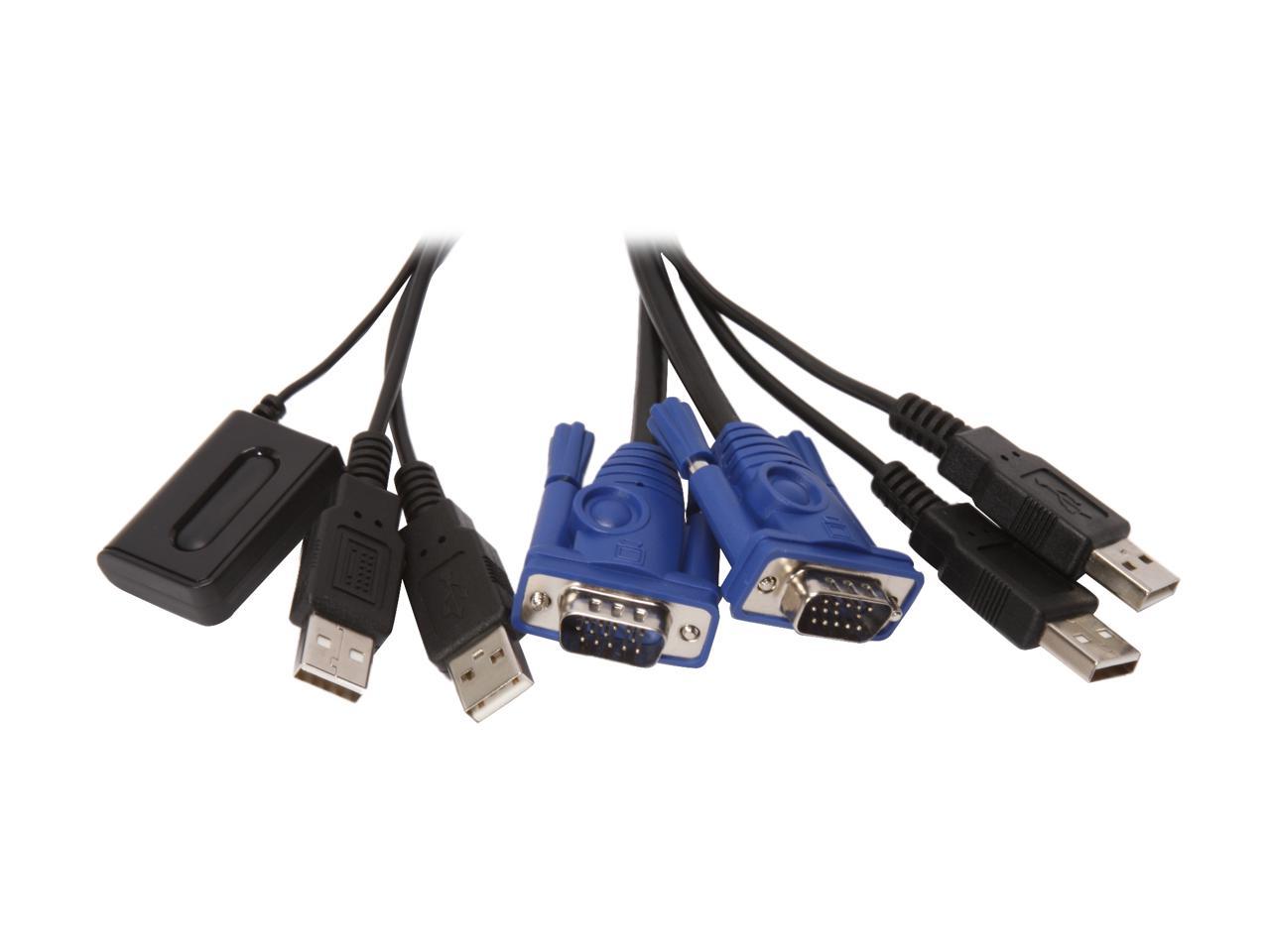 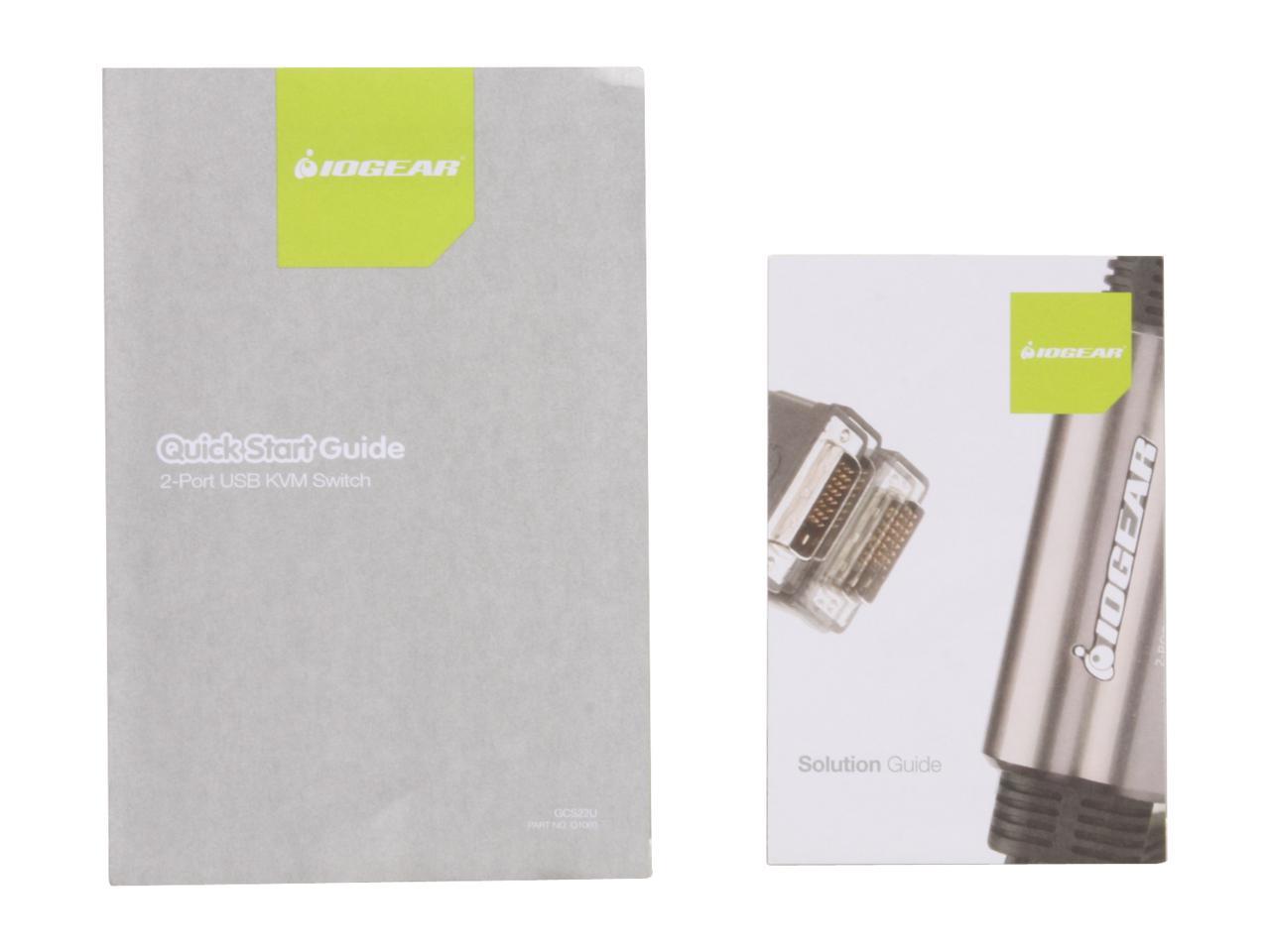 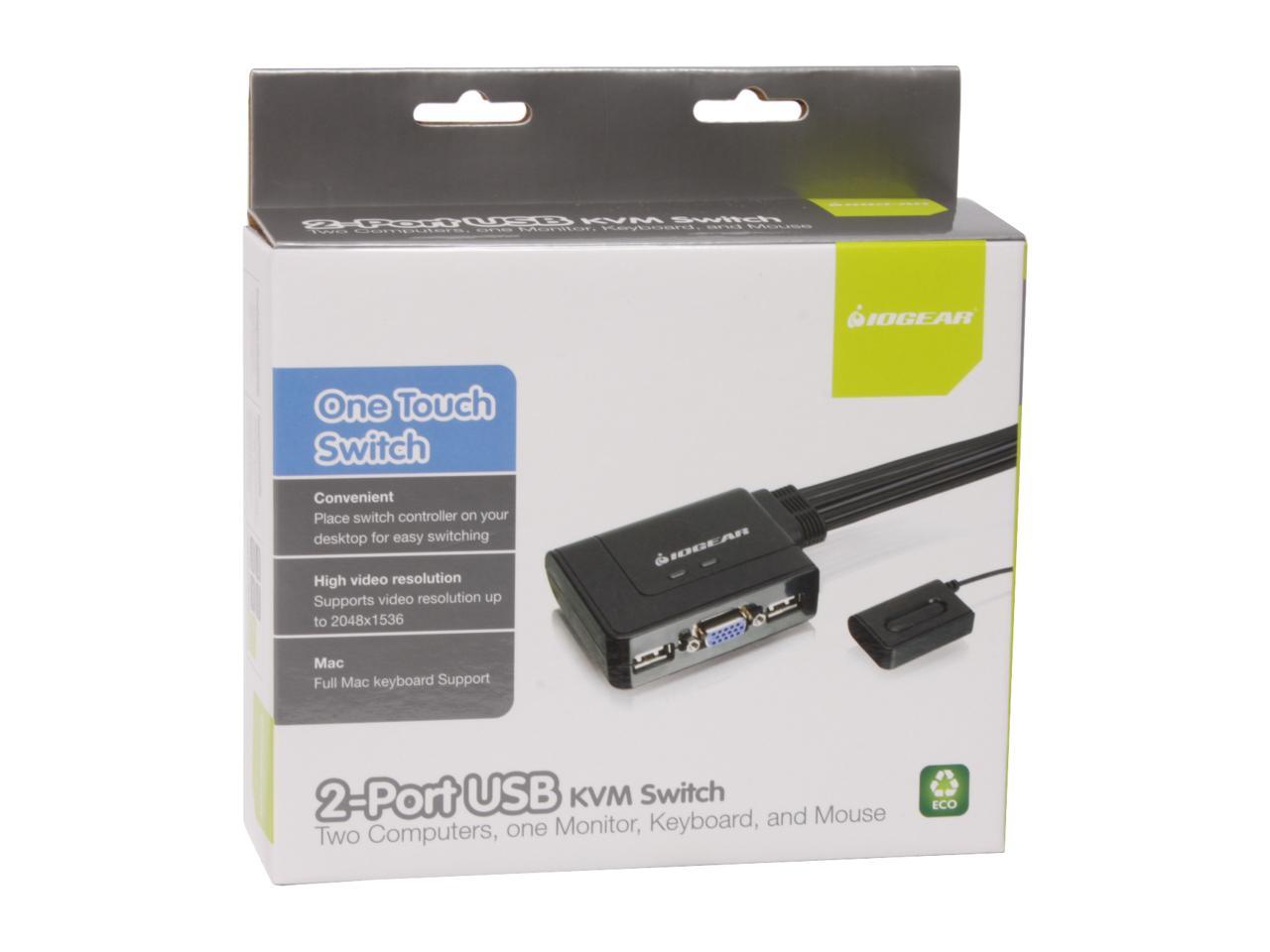 Learn more about the IOGEAR GCS22U

Pros: I like the small switch remote that comes with it. The length of the cord is long enough to comfortably lay in on a desk in arm's reach.

Overall Review: I needed to purchase a small KVM switch that I could connect client machines to, while still keeping my desktop intact. This fit the bill nicely.

Anthony B.
Ownership: 1 month to 1 year

Pros: I made the mistake of buying cheap ones on and auction site. THIS ONE JUST WORKS. I have it running between my Windows Home Server and a work station.

Cons: The cables could be longer but not really a con

Overall Review: I you have one monitor and 2 PCs this is for you

Pros: It's small, relatively cheap, and functional. I was dually pleased when I realized the USB (which is marked as keyboard and mouse) was actually a pass-through connection- I have a Logitech G15, the one with the small LCD and it allows both computers, a Mac and a Windows, to use the display. I imagine it could be a convenient USB storage switch- no cable switching just a button. Plus, it's got no noticeable lag, so it seems its good for the avid gamer (though I suspect that the so-called "hardcore gamers" will shun it like they have wireless mice, and standard network cards. Grow up, guys. Wireless mice aren't any slower in a humanly-detectable way). To sum: • Cheap • Effective • Convenient • System-independent (Currently running Mac/PC) • No video lag

Cons: The first is the design. I don't mean its looks, but having no output VGA cable means no USB input extension. Basically, if your computers are too far from the monitor, the keyboard/mouse cable won't reach. Second, the cables to the two computers aren't very long, it is a bit of a stretch to reach my laptop, desktop, monitor and keyboard. Third, and I suspect, the worst, the freestanding button to switch. The cable is about the thickness of an average headphone's, and weaker. I fear that after a year or two the movement will fray the wire, and I'll have to repair it. For those non-inclined to repair it, however, there'll be some problems, as it has no other way to switch the input. Lastly, the video quality seems to be a bit below direct, though that may be down to the fact I'm downgrading from DVI->VGA to use it. So: • Moderately bad design • Short cables • Flimsy display button cable

Overall Review: My guess is that this was designed for someone who won't move his computers very much. That's fine, but that confuses me, because it's obviously been designed with portability in mind, having such a small case and short cables. An odd choice, but it works well.

Cons: does not do keyboard and mouse emulation. Switching disconnects the usb keyboard and mouse from the previous system and connects it to the next system. Just as if you removed the usb connectors yourself. I should have read more into the product before purchase.

Overall Review: Does not do keyboard and mouse emulation. I should have read more of the reviews to see this. If you want emulation, you will need the GCS632U model. Not going to dock any eggs off because it does what it says it does, but doesn't do what I wanted it to do.

Pros: purchased originally for my son to share the monitor with his mothers computer and it worked perfectly. I now use for my main machine and server to monitor, tho i had to use some DVI adapters I had laying around

Cons: none, does what I need it to perfectly, and for a cheap price

Overall Review: still works flawlessly after 3 years, wish it had DVI as well, but that was not needed when I originally purchased it

Cons: -vga -somewhat unwieldy in my homelab set up

Overall Review: Former boss bought these for our clients and they've worked for years... needless to say, that's why I purchased.

Pros: It works, I switch between systems easily with the press of the button, exactly what I wanted. It was cheap! And it works.

Cons: Only switches between two. But it works! Doesn't play nicely with some el-cheapo adapters but I blame those over the switch.

Overall Review: If you find yourself unhooking your mouse, keyboard and monitor to work on other systems then get this. It should fill your needs (and for only 20 bucks! Awesome!)

Pros: Needed to connect work laptop to two external screens as well as switch to home desktop on one of the screens. Plugged right in w/ no problems. Quick switch between systems. Didn't work with my wireless kbd/mouse but no big deal.