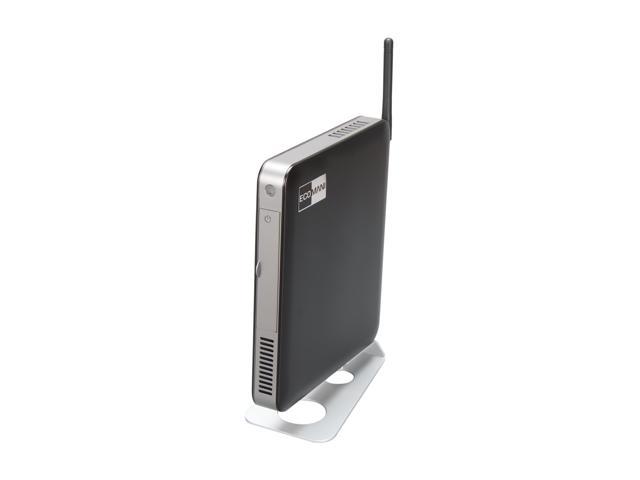 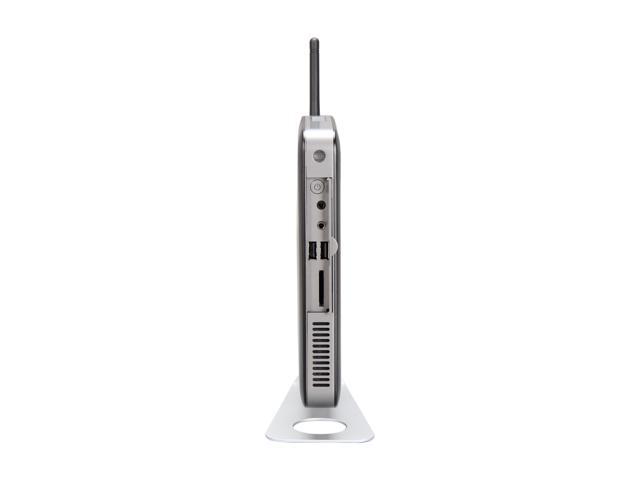 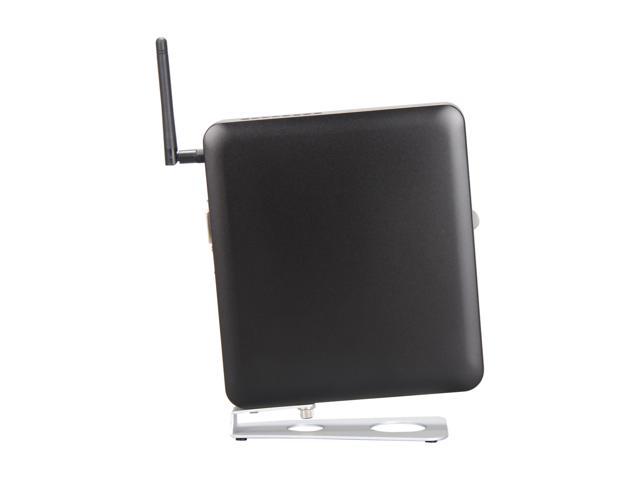 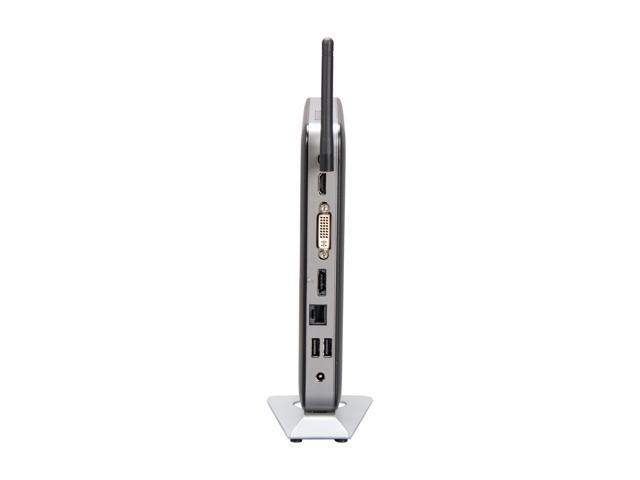 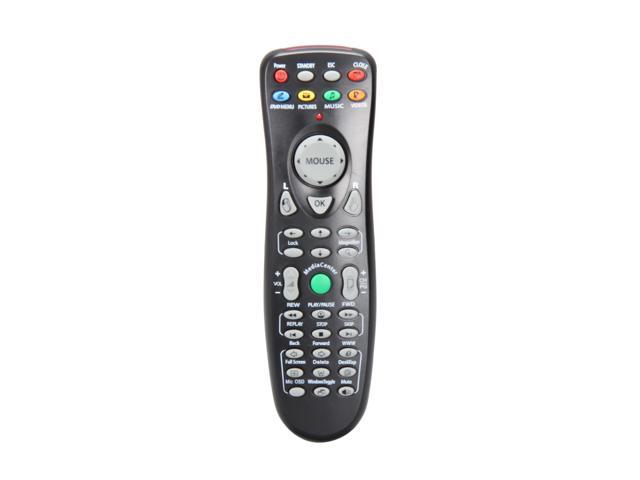 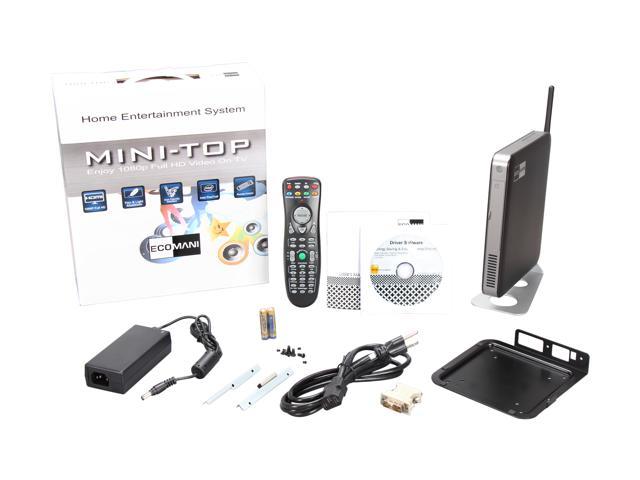 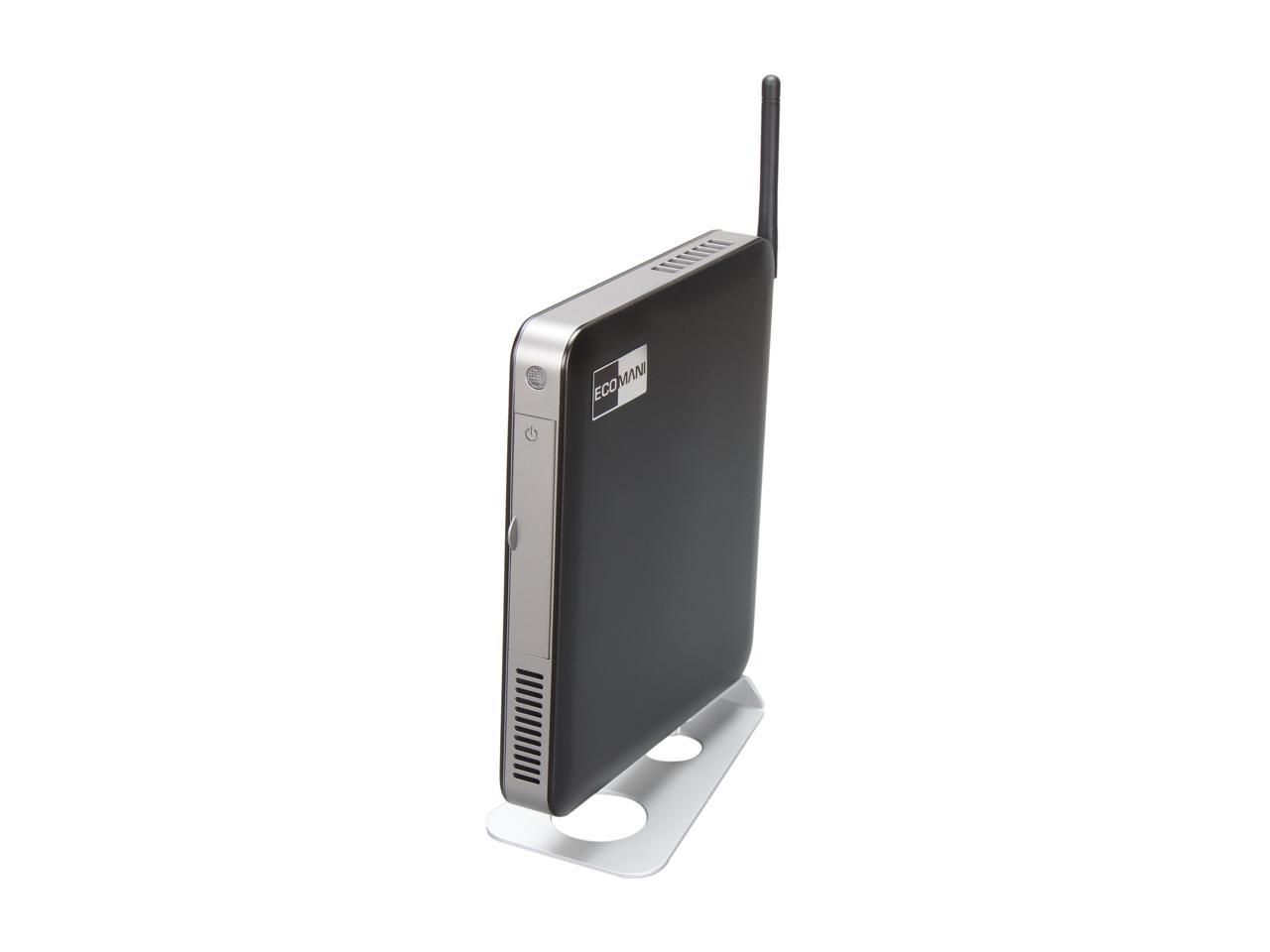 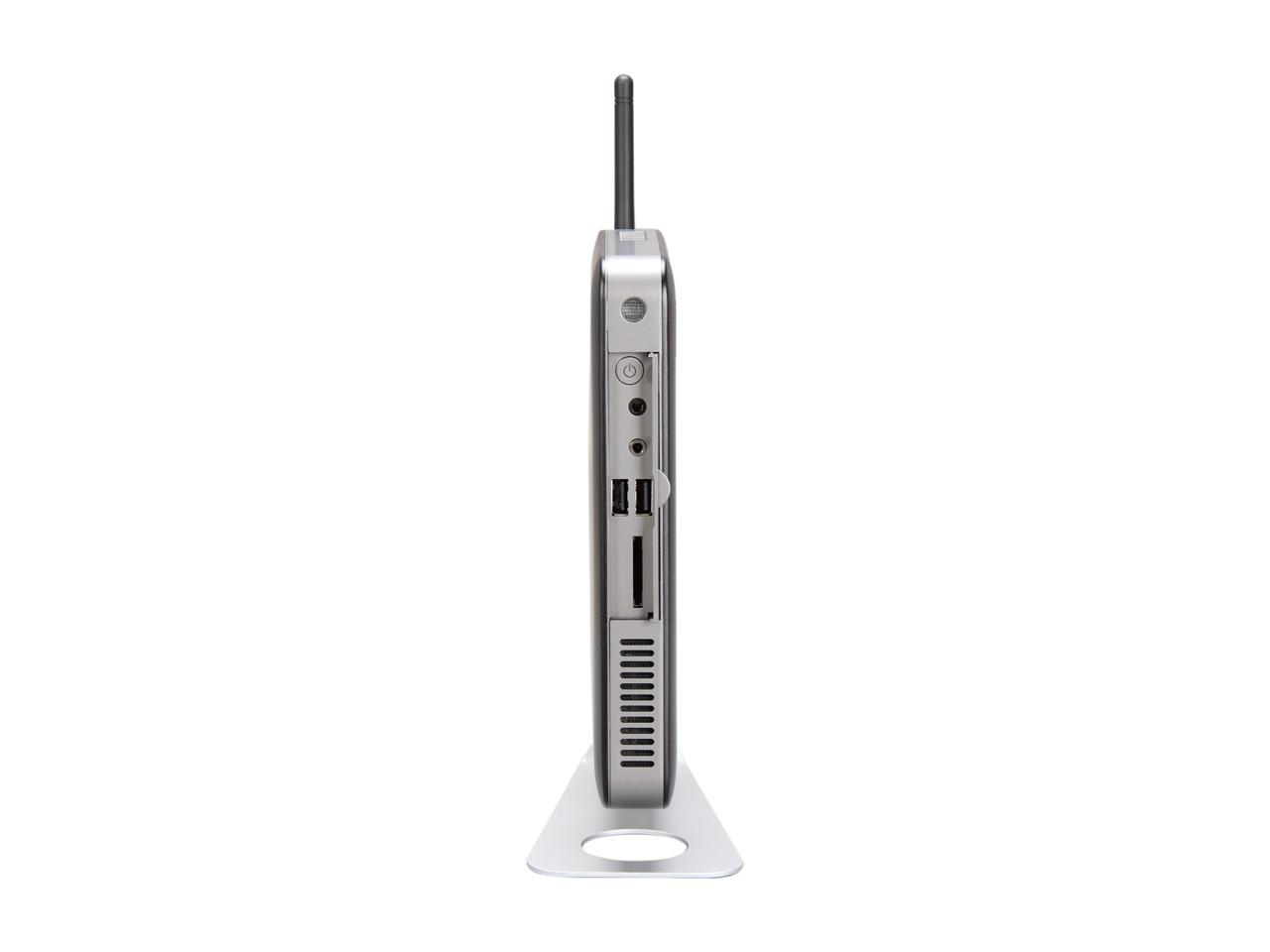 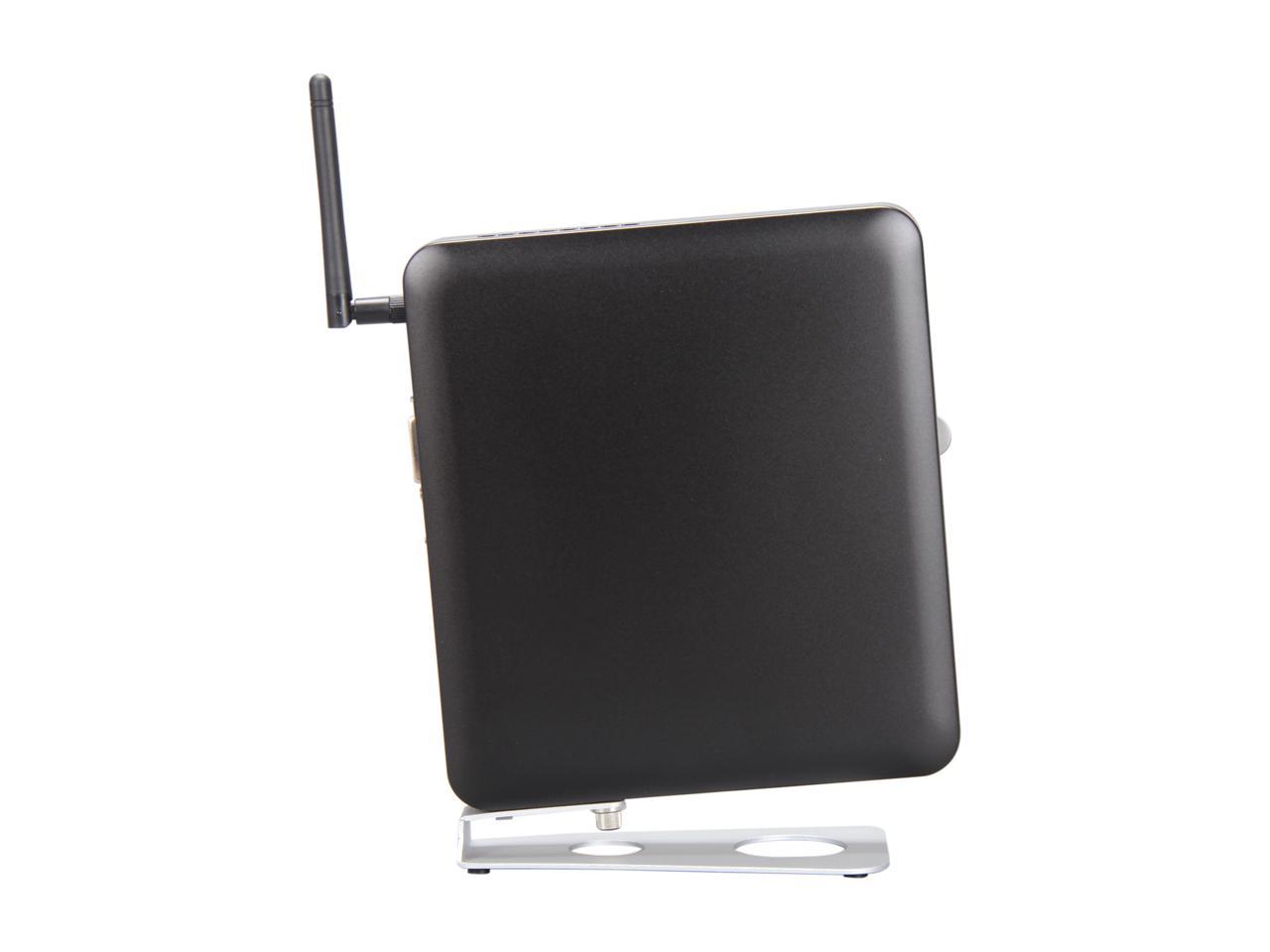 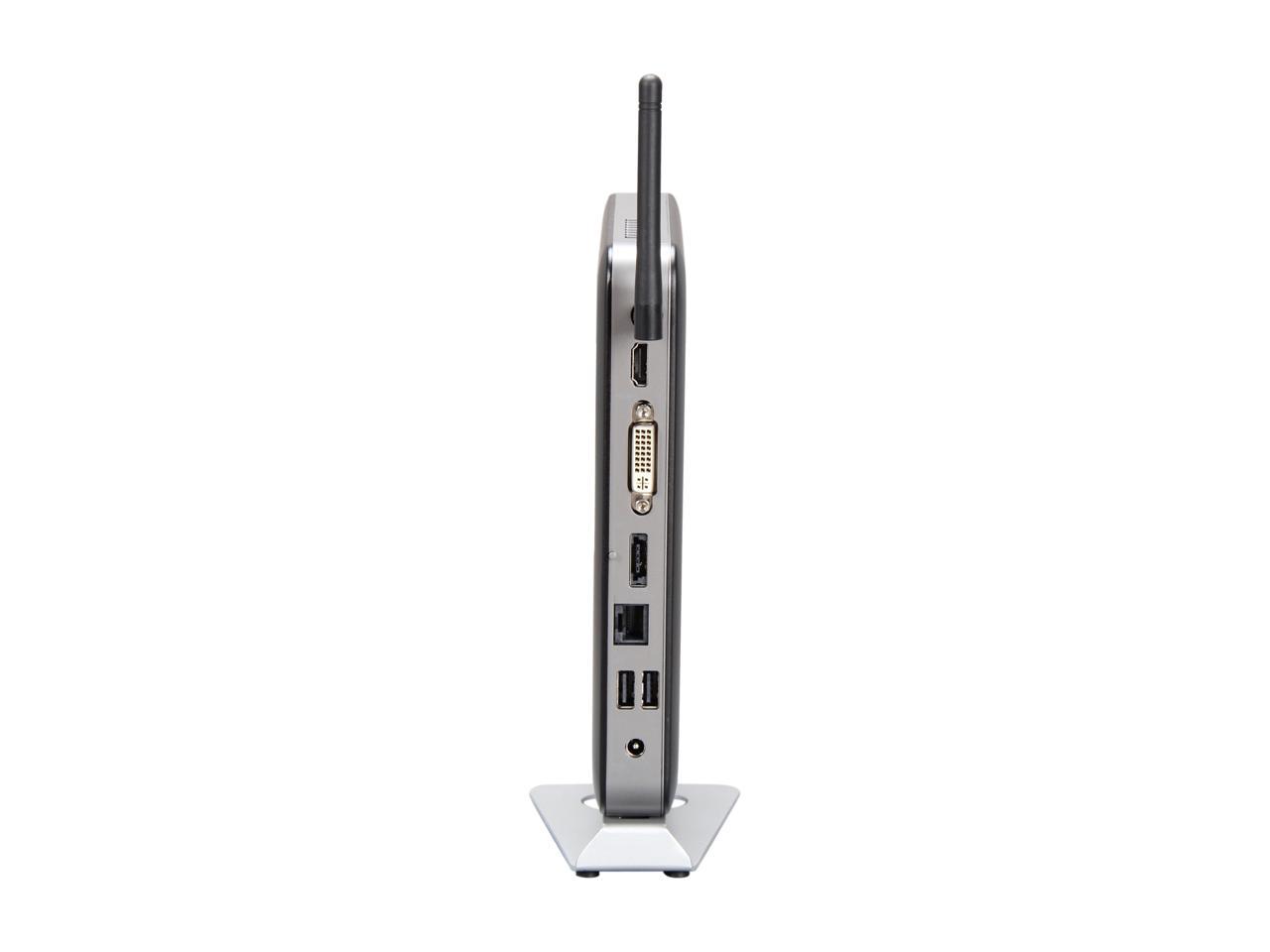 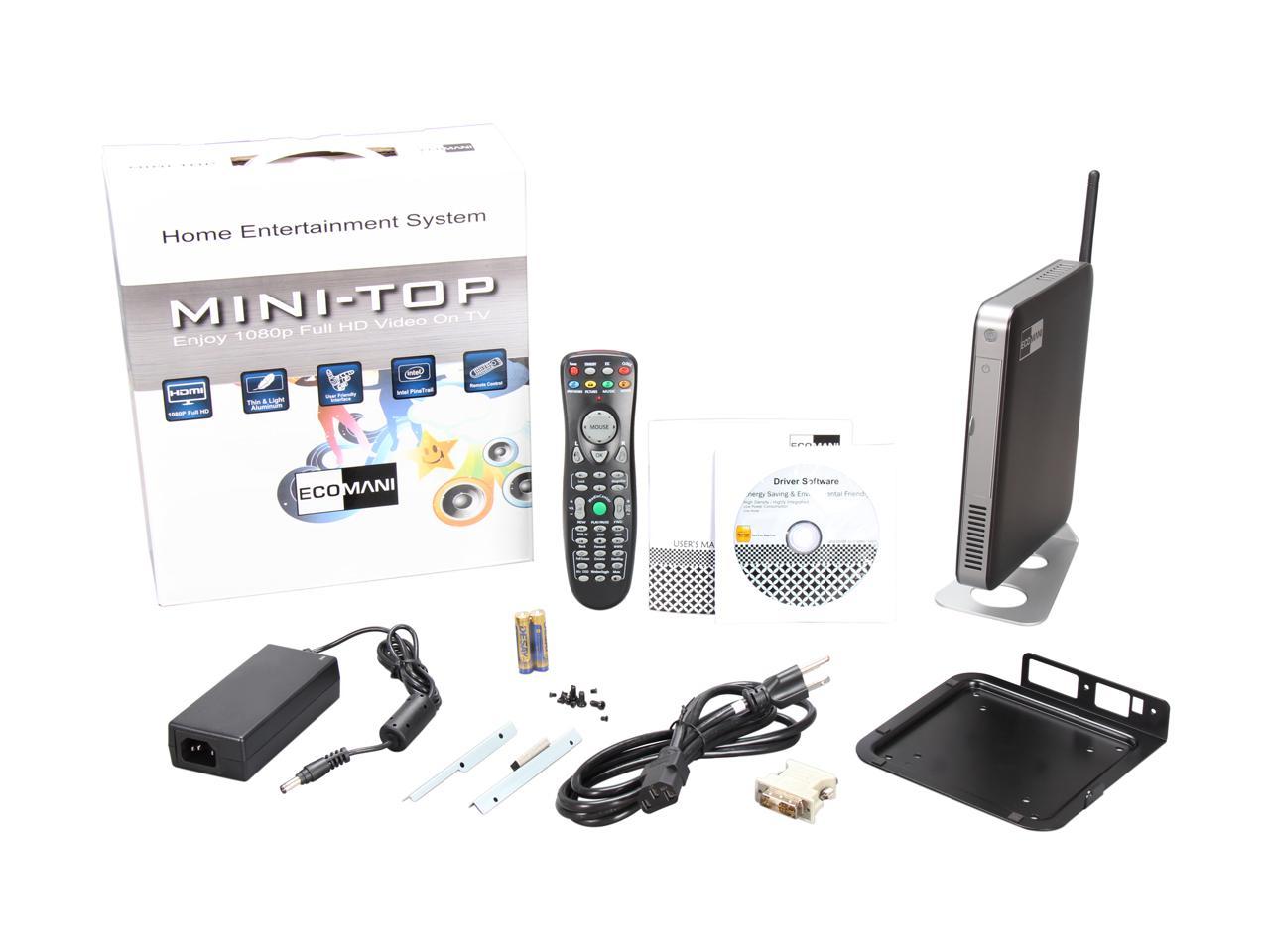 (43) Write a Review
OUT OF STOCK.
Specs
Reviews

Pros: Earlier I posted that this product support 8GB (see previous review). The memory test passed 100%, BIOS allow to boot from USB, build with live Fedora. Can boot from SD card (without any hard drive installed). Tested it initially with Fedora 14, and had it running under the kitchen table for 34 days without any reboot. I do testing on gaming hardware for enterprise application servers - this one passed the test: run 3 WebSphere Application Servers for close to a month. BIG PLUS: no need to have any peripheral attached to reboot it as a server. The BIOS is blind enough to just hope to the bootstrap and POST the machine from its first boot drive - mine is 4GB SD card with Fedora 15 and WebSphere application servers.

Cons: size it down a little bit more and will use it for embedded Linux Application Servers for pocket devices

Overall Review: Support 8GB. Can boot from SD. Can install from USB. Can boot without any keyboard or display attached to it.

Cons: 1 - There really should be a screw, or some sort of latch system that keeps the side panel on. It just doesn't lock into position. 2 - I'm not sure if this is a fluke, but the system went to sleep, then the display wouldn't come back on. I had to power-down and cold boot to get it back. I've since turned off sleep (not a big deal), but I don't like running into unexpected issues with new hardware.

Overall Review: As other reviewers have pointed out, aside from convenience of being able to locate DDR3 RAM, I don't understand why it's in there, as it can't operate above DDR3-800. I maxed out the RAM to 4GB, and have a Corsair Nova SSD installed with Windows 7 Enterprise 64. The performance is right where I expected it to be for the price point. A little tip: make sure to download the chipset drivers from Intel, Graphics drivers from NVIDIA, and USB audio drivers from Jetway. Do not install the graphics drivers from Windows update, as they will cause a BSOD. Huge appreciation to Newegg for having this to me in less than 24 hours from the time I ordered it with standard 3 day shipping.

Pros: writing this review after 1 weeks of continuous run of this little htpc - low power consumption - sleek hides behind your lcd screen - works like charm and stable hardware so far after 1 week on 24/7 run - juiced up with crutial ddr3 1066 4gb (2 * 2gb) stick $43 - and kingston ssd2now 16gb ssd, with win xp pro 32bit $57 - attached lenevo wireless 2.4ghz keyboard $28 - boots up in 15 secs, - running utorrent client 24/7 and ipcamera monitoring software to view baby video , and play downloaded movies (so far i have played 720p only and it works great) didnt get a chance to play 1080p yet.

Cons: chasis seem to be weak, could have used some alluminium metal for better heat flow -- occasionally gpu and cpu temp goes 70C (from speedfan)

Overall Review: i would say if you want a low power pc running 24/7 for some kind of activity, this is the buy. new egg shipping as usual gains 5 kudos.

Pros: THis unit is not unendowed of potential: 2 cores with hypertreading at 1.8 ghz and a decent GPU (comparable to asus 9400/9500 geforce series). With a customizable amount of RAM and a 2.5 Hard drive of your choice, it can do what most would want out of a HTPC without missing a beat. Save one exception (below). Casual Games are not a problem either and it runs productivity suites (Office) without any trouble. Full 1080p Video (accelerated with DXVA/Cuda) works great once you got the proper software loaded. Allow me do disspell any doubs on the wireless connectivity as well. The Atheros chip does an excellent job, and despite previous difficulties in my home with wireless, it holds fast @ 150mbps with my D-Ling Dir-615 rev c. router.

Cons: I really wish it said Jetway somewhere on the box. It's always a bit disconcerting when you research and purchase an item and have to wonder if the proper on was shipped out. All the specs were right so I can only assume it is. Netflix HD lovers beware: Microsoft's silverlight does not properly capitalize the ION video chip, so HD video on HULU and Netflix will be choppy. To be fair, they (Microsoft) did say they plan to fix this in a later release (Silverlight 5) at which date, we cannot be sure. Otherwise SD video is flawless. This only affects STREAMING VIDEO. Local playback of files works well. You have to be a bit of a propellerhead to get any OS other than Linux to boot off a copy of windows on a removeable drive. May I suggest *Wintoflash* a freeware that will put a bootable copy of windows on a USB memory stick or a SD Card. A mention on this site, of the exact type on internal memory and hard drive size would have been a plus.

Overall Review: To be clear, I do not regret this purchase. It a nice and mostly quiet unit. If you choose to use the USB Audio 3.5 mm jack in front be aware that at boot up and shutdown, if your volume is the least bit high, a loud clicking noise will be heard. This may affect higher end amplifiers.

Pros: Runs better in HD on everything . Even turning up the ghaphics in games on my 55" hd runs awesome. Plays WOW at 30 FPS on medium looks good. I stream netflix, Hulu, movies using media center. Music pictures It runs perfect the hulu as stated by another user will skip at first but it slims out if you give it a chance.

Cons: For how much you pay and for what you got truly i don"t see any

Overall Review: would have been better with just simple rubbin clip on base stand the metal one kinda bends easy.

Pros: Tiny and invisible when mounted behind my TV, fast when using multi-threaded apps or the GPU, quieter than a DVD spinning unless you're pushing it hard with an HD movie or game. Doesn't make a dent on my electricity bill. The HDMI audio and regular audio will work with Ubuntu, but require messing with alsamixer and pulseaudio configs to get going. No more than 5 minutes of tweaking, but you have to know what you're doing. Boxee, when set up to use VDPAU, plays 1080p videos with no problem, although VLC, mplayer, and gstreamer all have different chugging issues. Also, as noted below, there's a mini PCI-E slot in the back, if you take out the wifi card you can use it for anything you like.

Cons: Not sure if it's me, my BIOS, my OS, or just this particular unit, but there are 3 important hardware flaws. 1) I put in DDR3 800 speed ram, and it's detected as DDR2 800. Feels plenty fast though. 2) The latest Ubuntu NVidia drivers don't get along with Gnome 3 and this chipset, they flat out crash every week or so, and I have to do a hard reboot. This has lessened with updates and tweaks, but was a major bummer until I got it under control. 3) The wifi is terrible. It's a mini PCI-E card mounted on the backside of the board, if you have a screwdriver you can take it out, which is exactly what I did. Gigabit ethernet works like a charm. The only lag I've noticed is with single-threaded apps. Also, it'll do accelerated flash video fine (which is most these days) up to 1080p, but it's slow as heck on flash games and animations.

Overall Review: Dropped in a pair of 2GB DDR3 800 RAM sticks, a 30GB SSD from Vertex, and stripped out the wifi card. Running Ubuntu 11.10 64-bit, latest NVidia proprietary drivers, Gnome 3, and a wiimote as a mouse using USB bluetooth dongle and custom IR emitter. The remote control works perfectly out of the box in Ubuntu with no setup (all keys recognized, you can map them just like a keyboard), but is far too clunky to use as a mouse replacement. Protip: GET A SSD. The reduced load times for data totally make up for the slower processor in tiny units like this.

Overall Review: About a year ago, I was in the market for an HTPC. I was looking at a few different builds, but a friend told me I should consider a net-top because I didn't need a whole lot of processing power, only enough to play HD video. He specifically recommended this PC because of the price and included remote. Before I purchased this PC, I read the reviews and saw several complaints about the computer being a little slow. I understood that I would not be blowing the doors off any benchmark tests given the fact that it is just a dual core atom. I only wanted it for an HTPC and as long as it could handle 1080p, I would be okay with it. I figured the blue screens were from people that didn't know what they were doing and I would install an SSD to keep the speed up as much as possible and go with it. After almost a year of ownership, I can tell you that if I knew then what I know now, I would not have purchased this computer. The drivers are no good, at least for Windows 7. This thing freezes constantly. Most of the time it isn't even able to blue screen, just a complete freeze up. As far as the overall speed of the system, I am pleased with it considering it is only a dual core atom. Boot time with the ssd is quick, which is a plus because I have to do it so often. It seems to handle most video playback well. Blu-ray rips are too much for it to handle. I would be okay with the inability of the system to handle bluray rips given it's limited processing ability, but the instability of the system is just unacceptable. I am working on AMD APU build now for a proper HTPC which is what I would recommend to someone considering this system for an HTPC, and what I would have done to begin with had I known then what I know now. In fairness I have not tried it with a Linux based OS. It may work, better, but I would be surprised.

Overall Review: My major frustration with this little system had little to do with its actual performance--Microsoft had not implemented Graphics Processing Unit (GPU) integration with their Silverlight software, which meant that Netflix's HD output did not work with this computer. Microsoft corrected this in late April '12, so now Netflix streams in HD just fine. After a year of regular use, I remain very pleased with this little box.