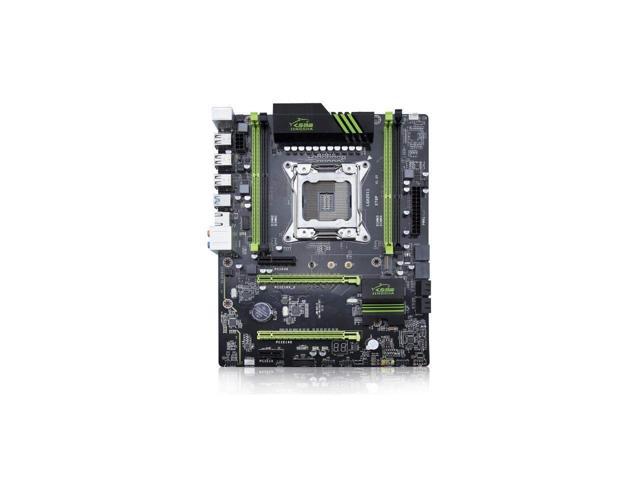 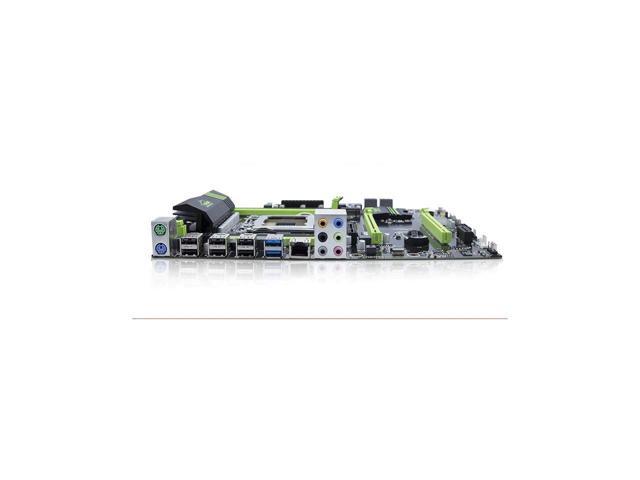 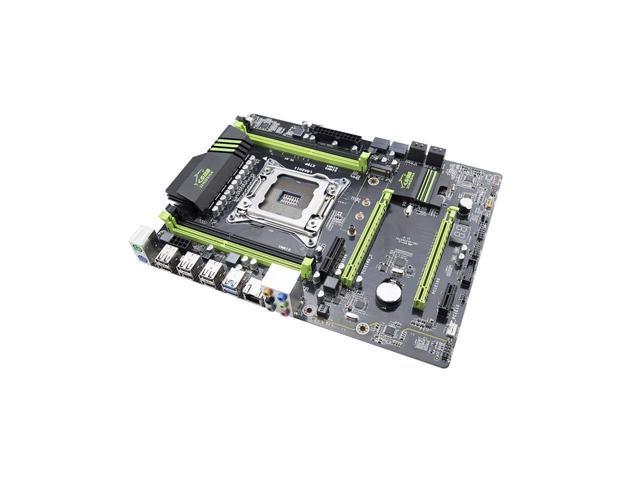 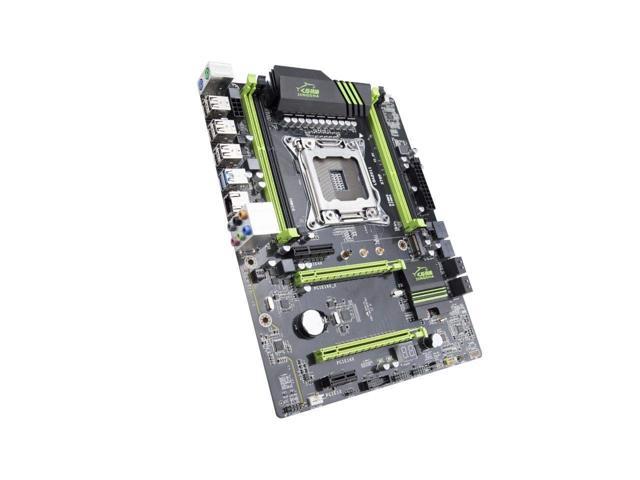 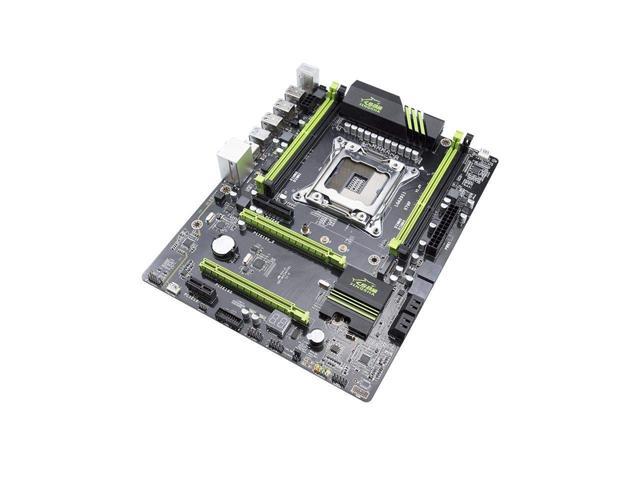 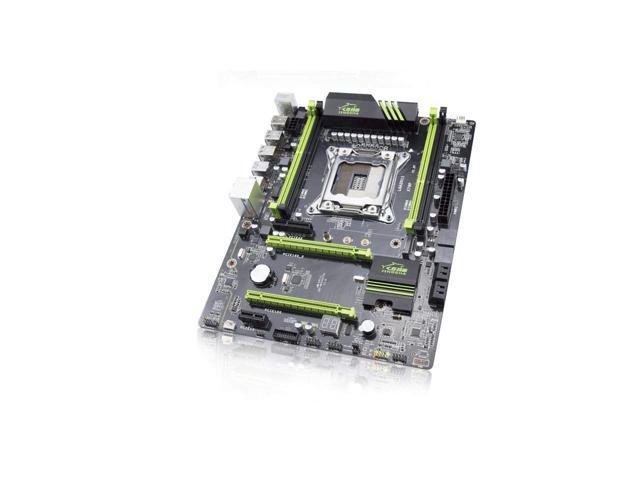 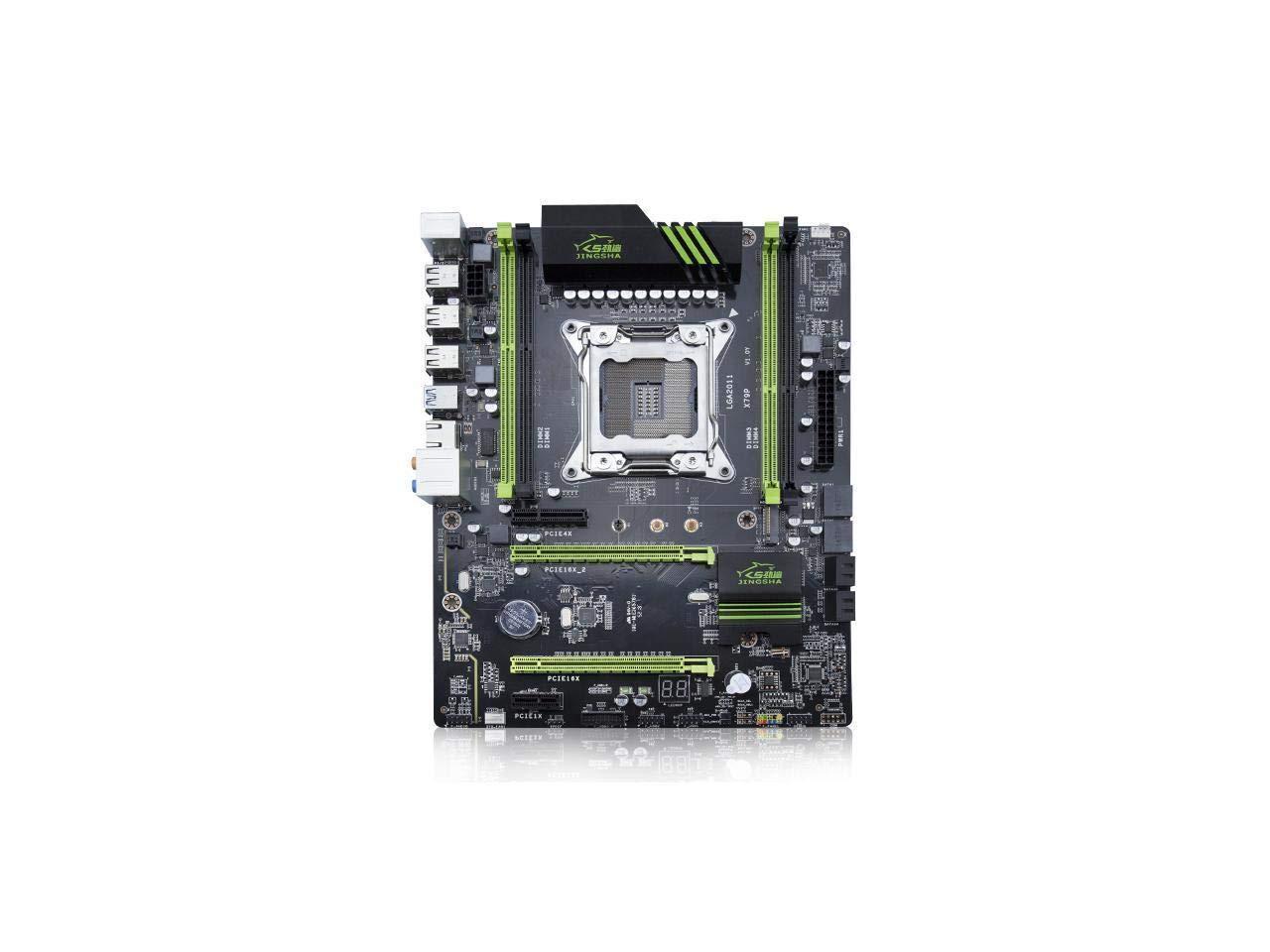 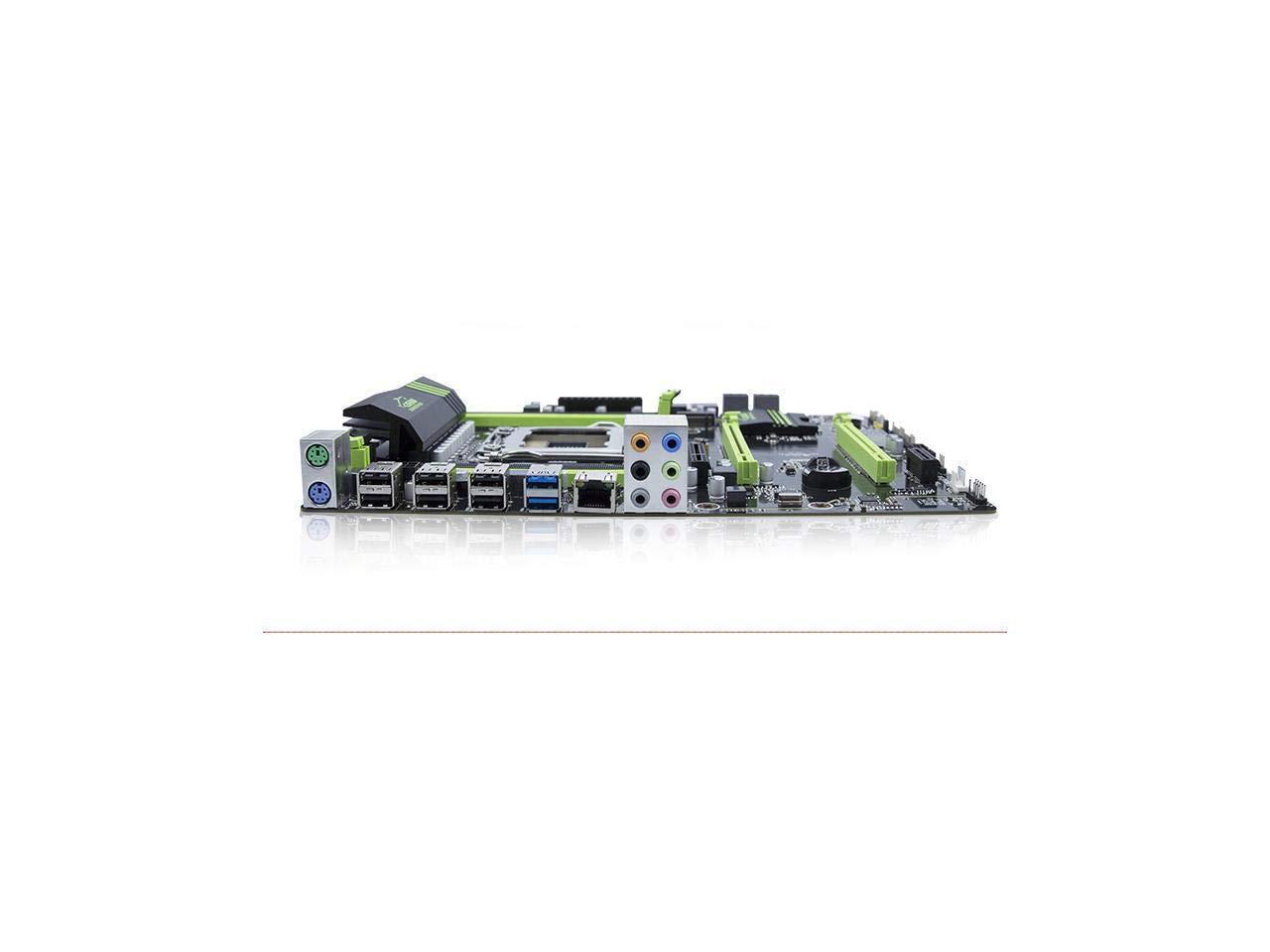 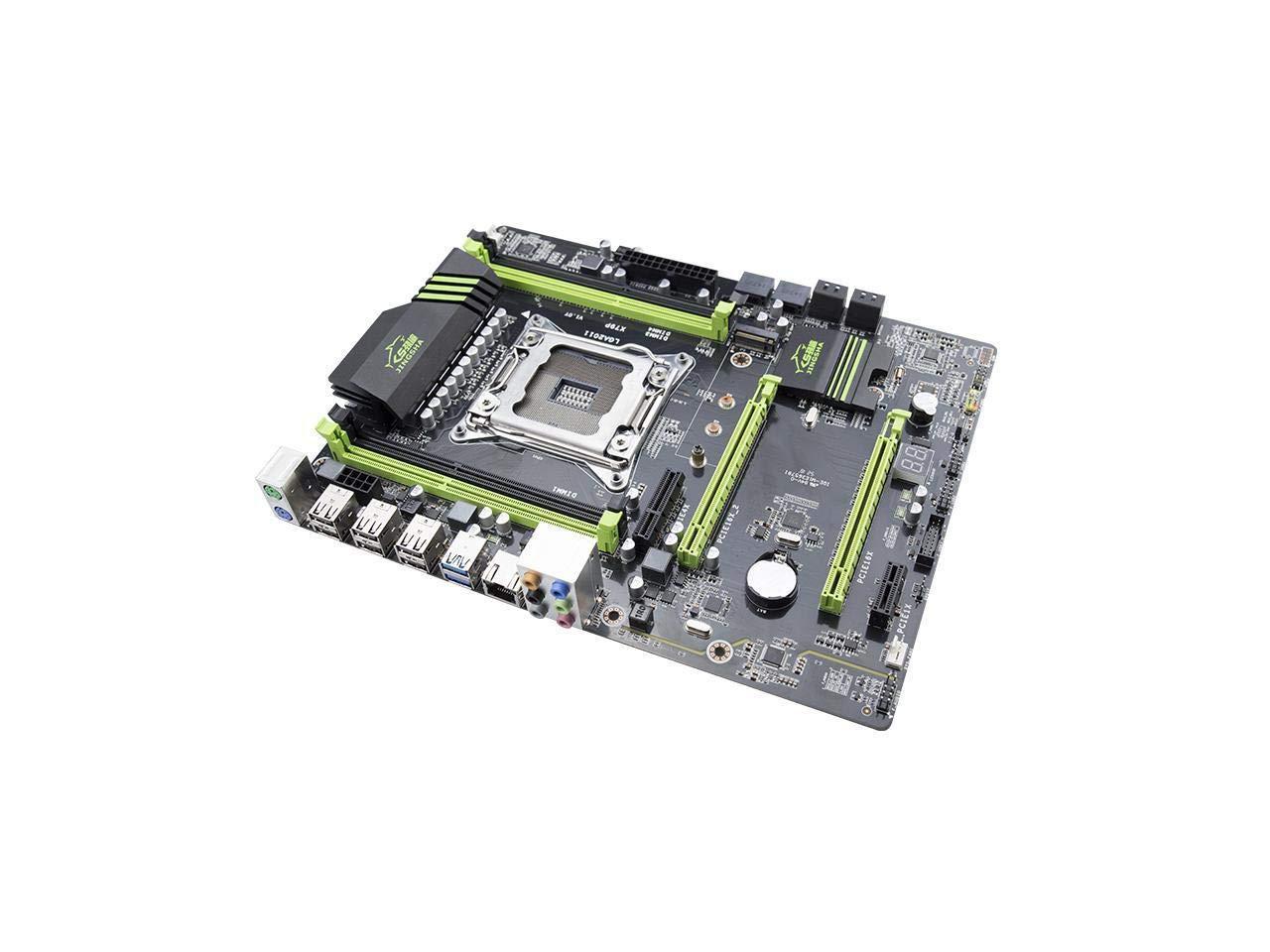 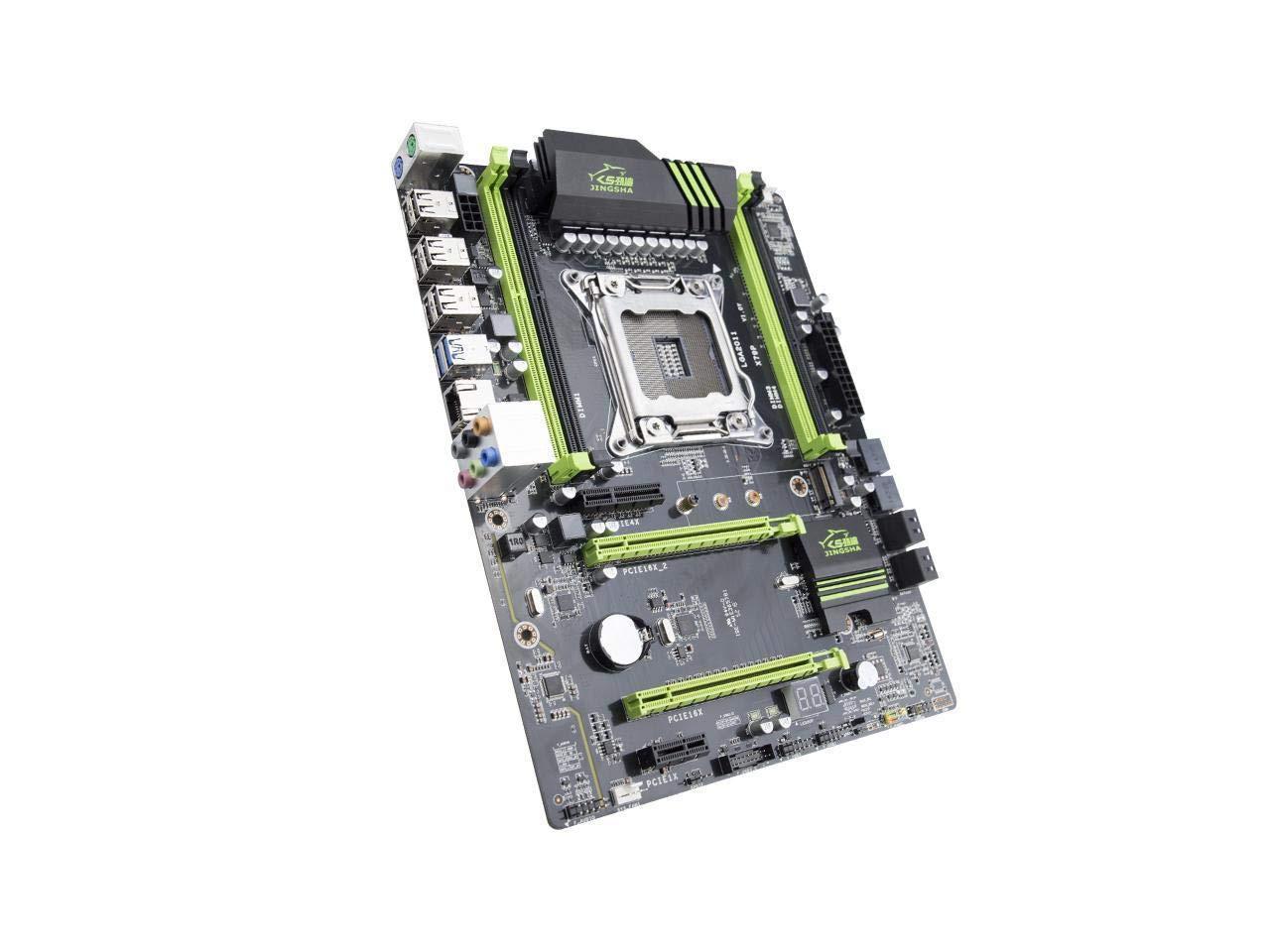 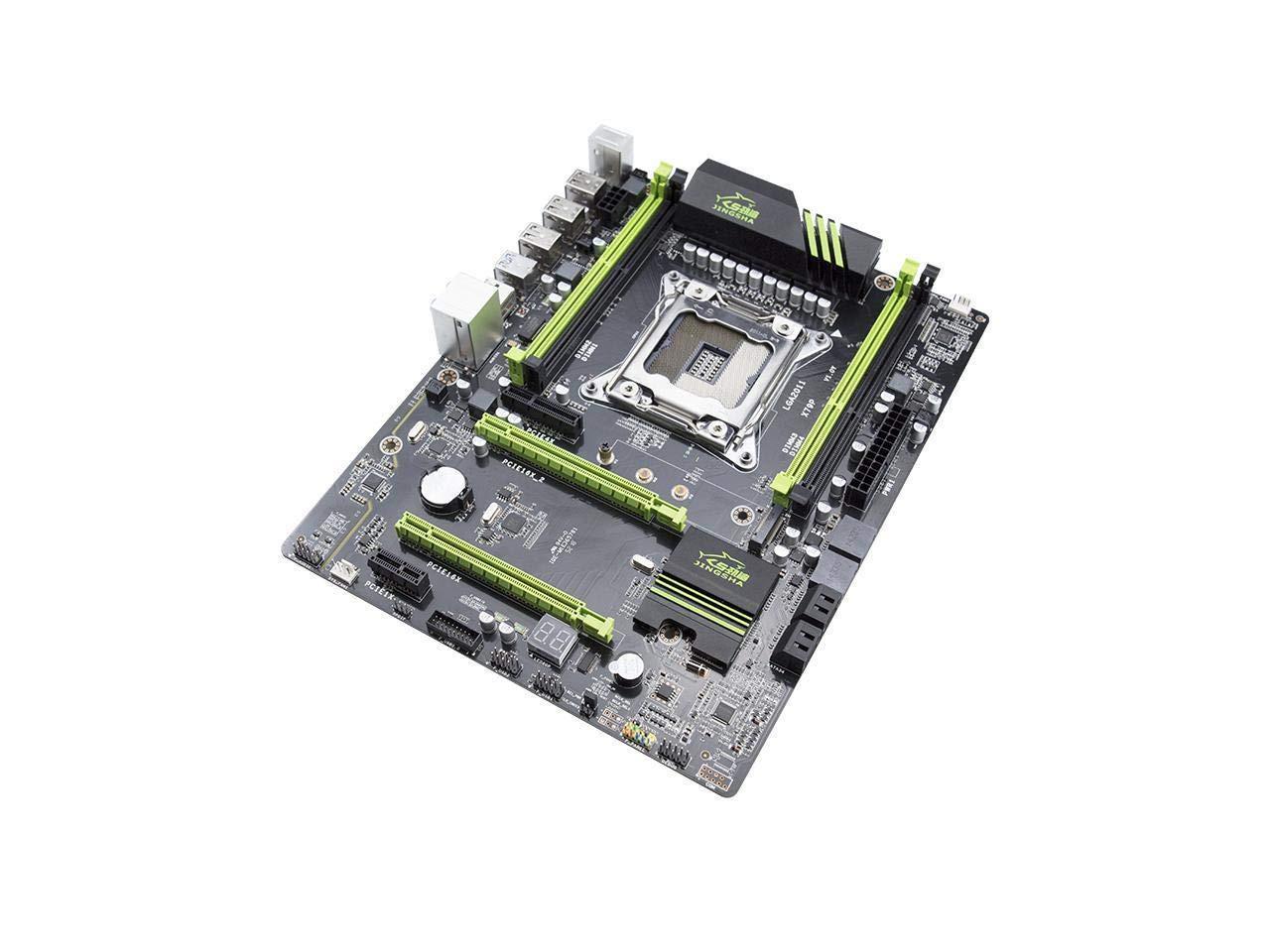 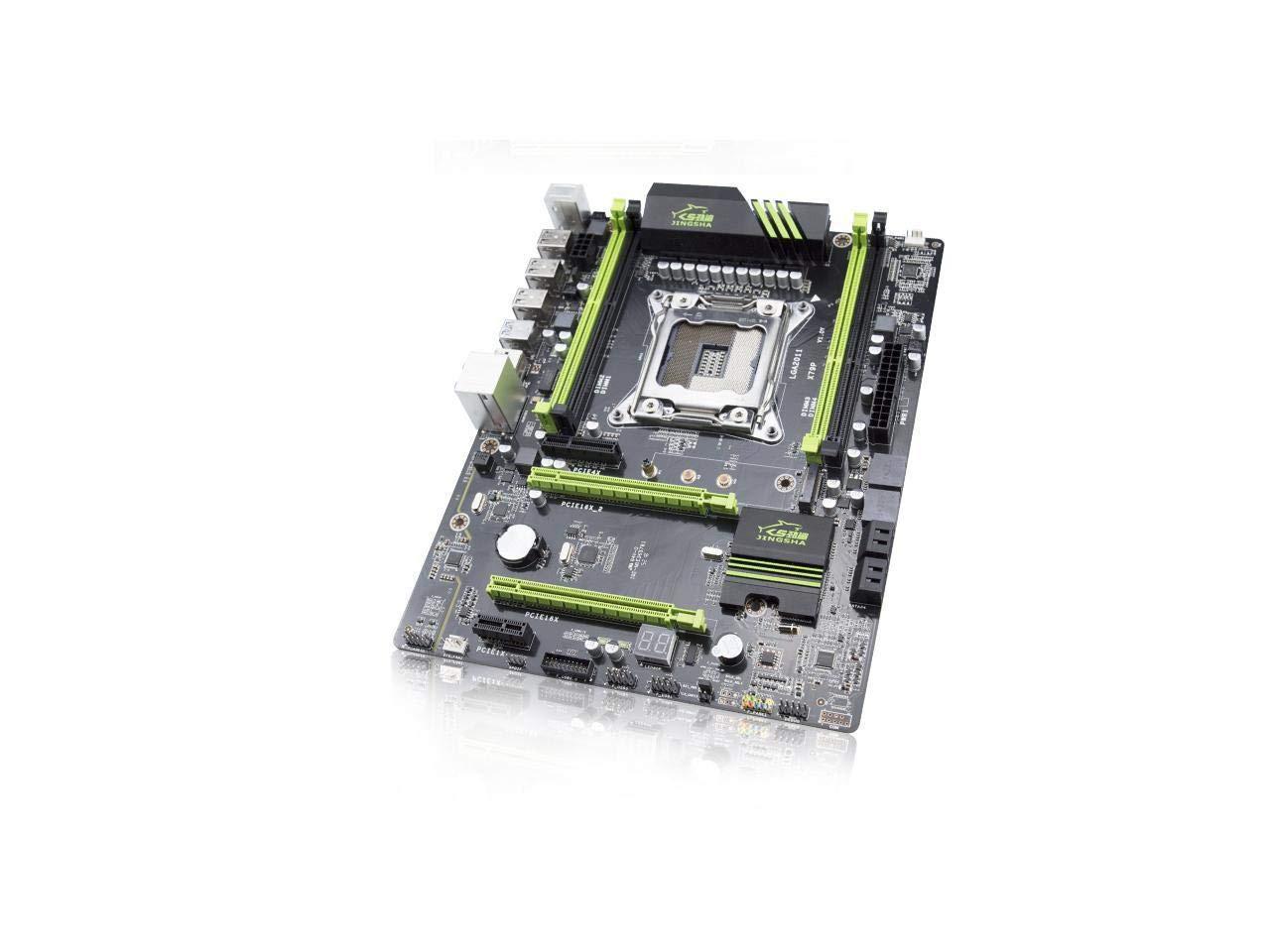 Install top-quality components to let your system fly through all your arduous computing tasks and outshine competitors with a unique color scheme. It offers you a price that will make you smile big. It is easy to add a fresh and premium look to your build. All of your components will be on full display in a unique term.

All the right connections

Overall Review: I saw a video on LinusTechTips about this motherboard (or equivalent) and decided to give it a shot. The risk paid off and in fact, this board has a BIOS that was updated in January 2019. It contains more advanced BIOS options than my Asus P9X79 WS did before it died. I haven't tested the "NVME" out, but everything else works fine.

Pros: everything worked good, i had a small error on installation and seller helped

Cons: no driver disk or programs and manual is only for installation and in Chinese

Pros: So, let's get it out of the way: it works. Plugged it in, popped in the Win10 installation USB key, and we're operational There were no driver downloads necessary. The Ethernet controller just worked right out of the box. No chipset optimizations were necessary. All USB ports, including the USB 3 ports, worked without having to install anything. The stock BIOS settings were entirely satisfactory. Maybe not the most optimized configuration, but you'll get all the mileage you'll need out of it And, at least according to Linus Tech Tips (video linked in the Overall Review part), the M.2 port should work just fine, in spite of not... actually being supported on the X79 port? I don't know how they did it, but hey, it works. (I don't myself own an M.2 drive, so I didn't try it on my own) ALSO. Customer service was quite courteous. They did their best to respond quickly to my request for a replacement board fast, sending me multiple follow-ups, and after I showed them pictures of what happened to motherboard 1, didn't even ask me to return the part. That's a nice little extra touch, and I want to give them props for that.

Cons: My biggest gripe? The packaging is completely inadequate to protect the product. This thing ships from halfway across the world (China), and has no vertical protection. The first motherboard I received from them got crushed by... something during transit, and it was bad enough that the motherboard actually bent. Not to mention a bunch of ripped things on the sides. I contacted Newegg, which placed me in contact with Jinsha, which promptly sent me a replacement motherboard. Well, "promptly", by the standards of China mail, still meant a week and a half. Though I have had 3 month deliveries in the past so, I guess I'll count my blessings? THE SECOND ONE WAS ALSO DAMAGED IN TRANSIT. But I got lucky on that one. The damage was much less centered than the first one, and the most damaged part was the audio headers. A little spudger finesse and I had those pins straightened out, and there was no other visible damage on the motherboard. It worked... but only because I just conveniently had repair tools on hand and enough knowledge and practice to do this safely. Not everyone could have done this, or even have spotted a potential short circuit between headers. The point is, they -need- to ship this product with better padding, otherwise they're going to get a lot of returns like mine. As courteous and polite and nice as they might have been, the fact that their product didn't survive the shipping, technically twice, is an alarm bell. Secondly, don't expect much English speaking support for this product. All instructions are written in Chinese (I assume), with only the slightly bit of graphs to point out important information. You get what you need to hook up your motherboard to the computer case's connectors. And that's largely it. Updated drivers are nowhere to be found, assuming they even exist. I would only ever try to install a Windows 10 OS on this thing, and would not risk installing 7 or Linux. And when I say "It works", I'm specifically not saying "It works perfectly". I've had all sorts of weird acrobatics I had to do to get my computer to default to my only connected pair of headphones without it thinking my Display Ports plugs were somehow connected to speakers, or other such bizarre USB behavior. It has also failed to detect some of my SATA hard drives. But I'm willing to give them a pass on this one, as it's not impossible my previous motherboard (which has been replaced with this one) might have fried the drives. I didn't replace it for nothing! 2 out of 4 drives got detected is my personal results. And they said I was crazy to have triple data redundancy.... ONLY TWO FAN HEADERS. Heads up. If, like me, you have a water pump unit and a fan, well you've just used both motherboard headers. I had to jury-rig a rather creative solution to get my 3 case fans connected to something. It is important for me to also point out: Intel hasn't manufactured any X79 chipsets in, like, 5 years, and this thing had that fresh smell of brand new silicon. I don't know how they source their chipsets, but to call this as "all new" may be misleading. I have no factual proof of this, let's be clear. But it's fishy. I suspect they pulled the X79 chipsets from older motherboards, which makes the single most important component on the motherboard refurbished. And finally... if Huawei spying on you makes you nervous, maybe you shouldn't buy a 100% chinese made motherboard that directly interfaces with your hard drives at the bare metal level. Just putting it out there.

Overall Review: TLDR: It's not the smoothest ride, but at least it works. Finding a LGA2011 socket motherboard in 2019 is a small miracle. Finding one that doesn't require any additional drivers to get installed to be operational? Wow. I was not expecting this. You're going to need to be patient though. It took me 2 weeks for the initial shipping, and 1.5 weeks for the replacement part. Which, by Chinese shipping times is pretty good, but by North American ones, it's worse than snail mail. Also, let me point you to a Linus Tech Tip video that doesn't quite cover this exact motherboard, but it's pretty close: https://www.youtube.com/watch?v=dLkWB-Iw3-s This is a motherboard built around an X79 chipset, uses the 2011 LGA socket, and DDR3 RAM. It has successfully supported 32 gigs of my RAM, found in 4 sticks (of 8 gb each). I did not bother trying to overclock the RAM, that just seems like begging for trouble on this thing. I have spotted 6 SATA ports, including one colored differently than the others. Being unable to read Chinese, I have no idea why it's colored differently. 2 X16 PCI-E ports, 1 X4, and 1 X1 to be found. The M.2 port is indeed there, though it's positioned to collide with one of the X16 ports unless you're a contortionist. It could have been placed elsewhere. But with some acrobatics you'll be able to fit your gear. 2 frontal USB headers, but only USB 2.0. No front audio headers that I could properly figure out. Might be there, wasn't sure, and it didn't matter for me. And as I pointed before, 2 4 pin fan headers. Overall I am satisfied at both the product, and the service I have received from the company. But because of the hiccups, I can't give them a full 5 star rating. Good luck. This thing seems legit enough for me to recommend it.

Pros: Surprisingly this board has done quite well over weeks of a preteen playing games on it without failure of any kind.

Cons: - VRM'S get really hot on idle. - loud start up(motherboard beeps every boot). - The mother board is not an ATX or a Micro Atx, it's like an in between. If it was a standard Atx I would like it more because it would look even inside my case.

Overall Review: For what your paying for an awkward socket, the cons honestly don't matter. My mvme drive runs perfectly. My graphics cards have no issues. CPU runs perfectly. SLI actually works. He design looks great with my case, other than the wierd motherboard size. Overall great for helping a budget while providing awesome features. I am definitely going to buy more from this brand.

Cons: the Header says AMD crossfire PCIEX16... evidently not for nvidia. the lack of any real info should knock one egg off the rating from the get go. barely running Pcie x4 knocks another egg off and the totally useless bios...the third egg. will not buy another.

Cons: This product makes a horribly loud beeping noise when the computer restarts. It also fails to post consistently. Everything will be correct then suddenly it won't work and it will take three restarts for the computer to start up again and to get to the bios. Or it will stop recognizing drives that are connected for no reason. Eventually, after six months the board stopped working completely and wouldn't recognize the SSD anymore. I put in numerous different SSD's and all had the same issue. Don't buy this junky mobo.

Overall Review: DO NOT BUY THIS JUNK!!!!