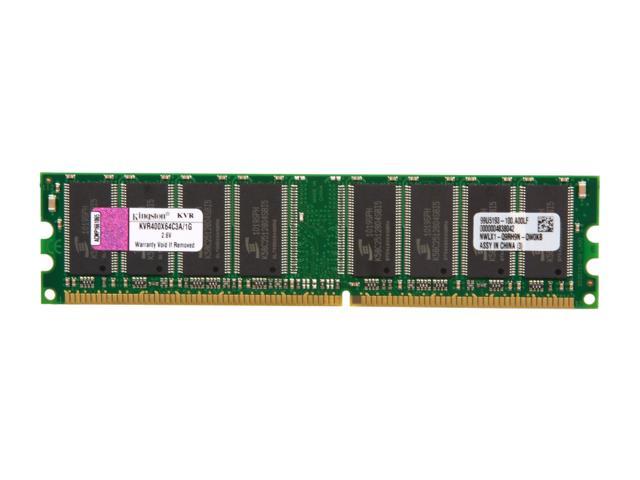 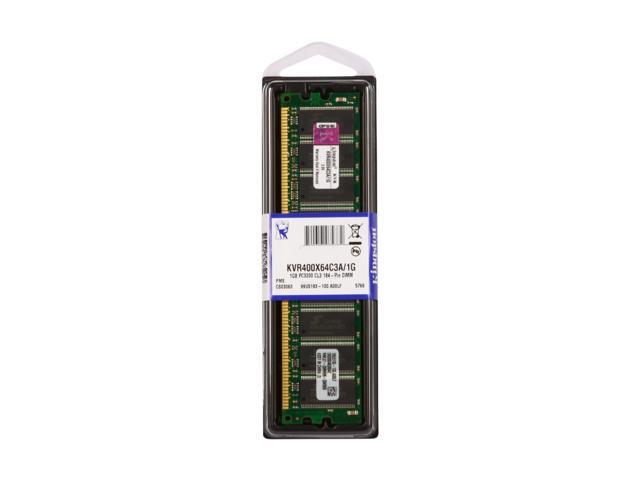 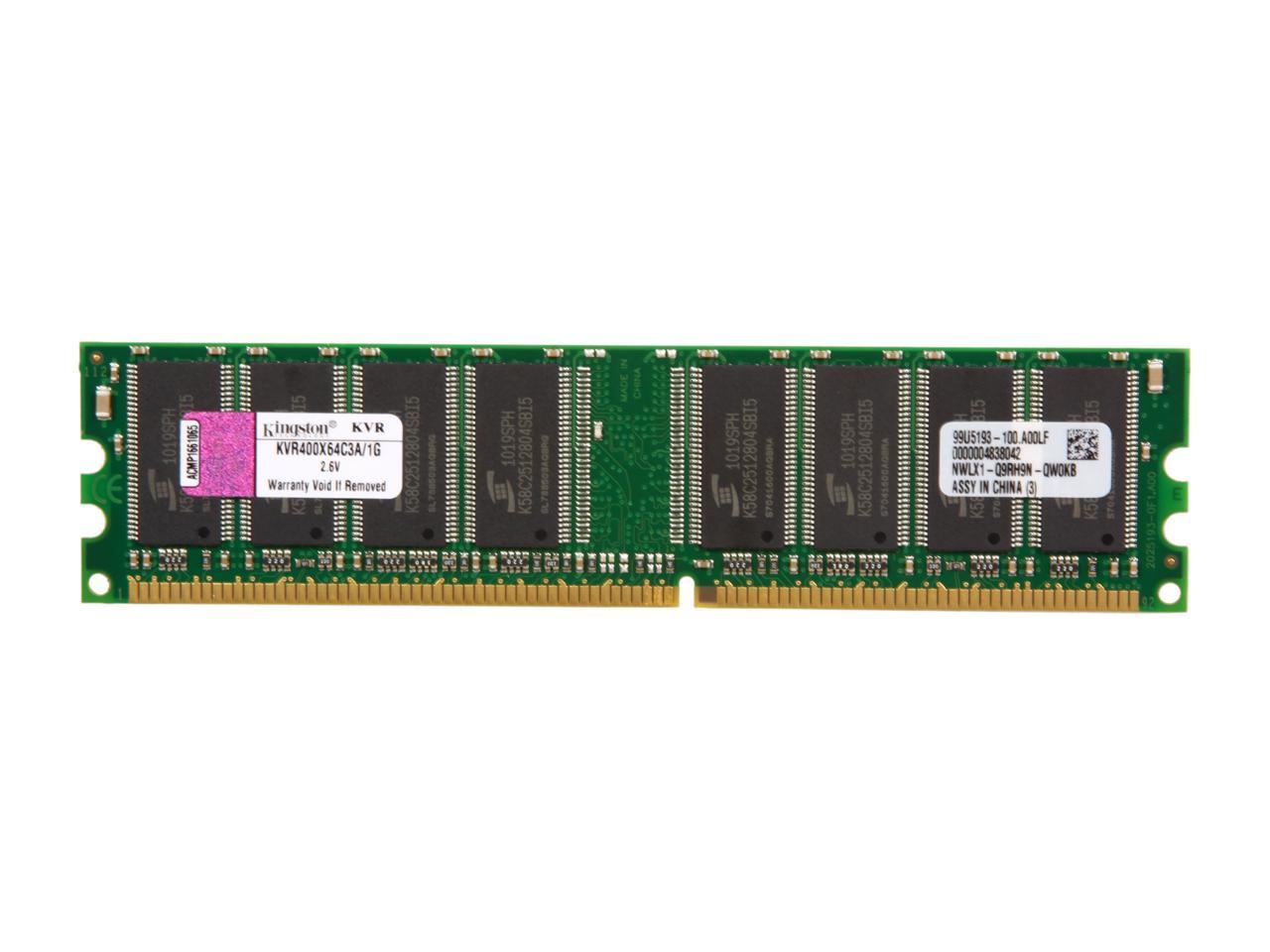 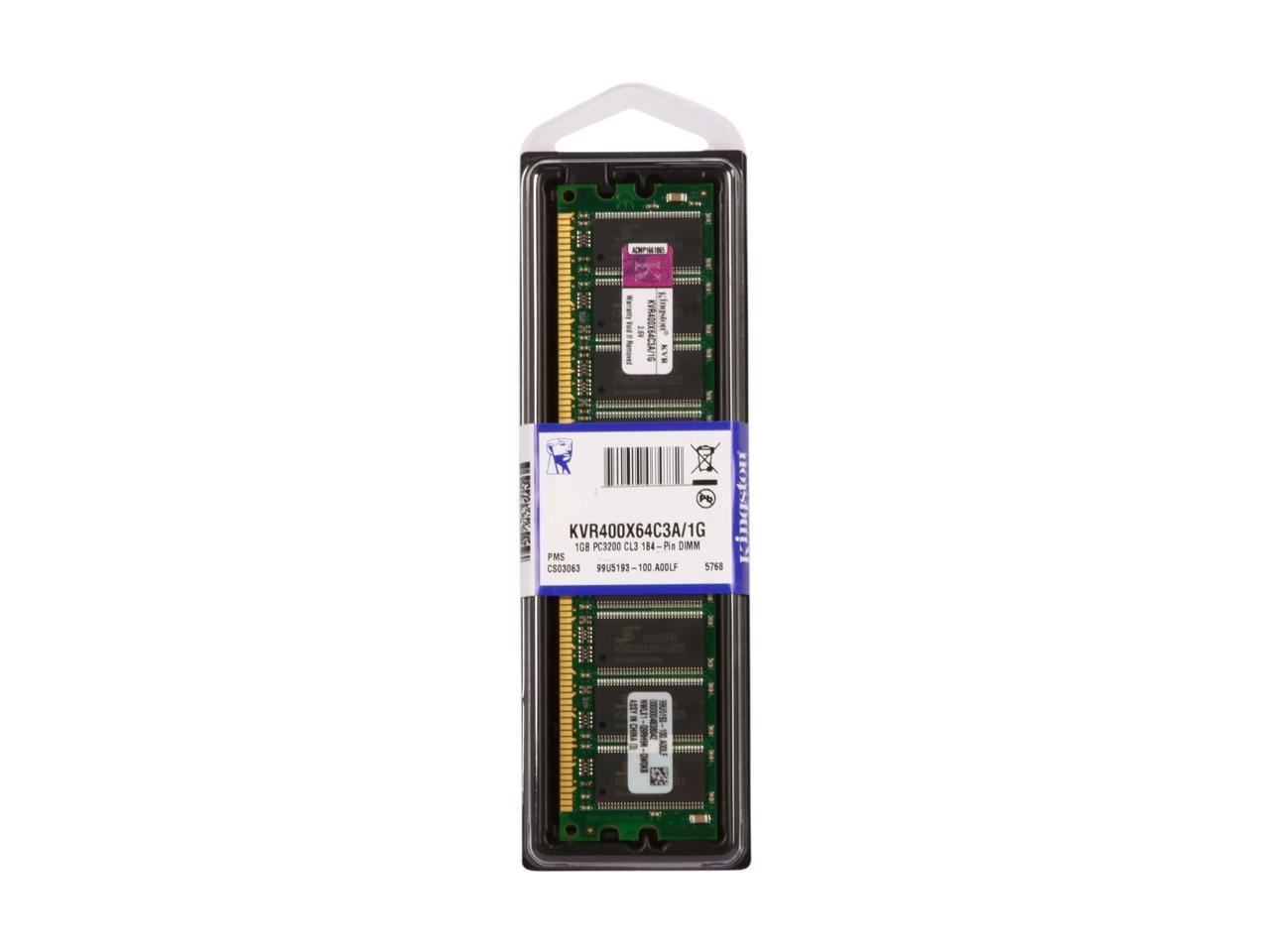 (231) Write a Review
OUT OF STOCK.
Specs
Reviews

Pros: Easy to install. Board recognizes it right away.

Overall Review: Newegg has the fasatest delivery ever! Ordered it on Monday got it on Wednesday. No one compares to Newegg when it comes to shipping

4 out of 4 people found this review helpful. Did you?
Anonymous
Ownership: 1 month to 1 year
Verified Owner
Failed after four months, but Kingston replaced it7/20/2006 9:27:31 AM

Pros: The memory installed and worked find (while it worked -- see below).

Cons: It looks like my 1Gb stick failed after four months of usage. But on the positive side, a call to Kingston support was painless and they shipped a replacement right out. Their customer service was excellent.

Overall Review: It's understandable that parts like this can fail. So it's good to know that if it does, the company that produced it will support you. Even though the memory stick failed after a bit of usage, Kingston actually came out of this positively. Rather than saying to myself, "I won't buy Kingston because their product doesn't work," instead I say, "I know they'll help me out when something goes wrong."

Pros: I have a dell dimension 2400 that originally came with 256mb...and being a gamer that just doesn't add up to much so I bought this 1GB stick. I put it in and my computer recognized it instantly. I didn't notice much on start up but then I started up Americas Army 2.8.2 and WOW!! EVERYTHING ran smooth. This product is worth the money!!!

Pros: Great ram for older systems, will help you run games like WOW which are ram heavy waaaaaayyyyy better.

Cons: No heat sink but pay the 3 bucks and attach it and your good to go.

Overall Review: Makes my comp much faster and anything that does that is good in my book

Pros: I've been buying Kingston ram for many years for servers and desktops. I have *never* had a bad one; more than I can say for some others.

Overall Review: I am simply a consumer; this is an excellent product which I have come to expect from Kingston.

Pros: I just experienced my first Kingston memory chip failure; been using them since 1995 and have installed their memory in servers and workstations all that time. Writing this review only because of the severe problems it caused; corrupted 2 hard drive OS installations and after several failed attempts to reinstall, I finally checked the memory again and software detected one bad chip. Pulled it out and the rather diverse problems all went away.

Cons: Only one bad chip in 14 years and countless machines doesn't really seem like a con, but just in case this is a trend I'm posting it here so others can compare to their findings.

Overall Review: Checked it when I installed it and it ran for 3 months before I started getting reiserfs problems each boot and hanging. Didn't really expect it to be the memory, but it was. Still giving it 5 stars for all the years of good service. I wouldn't have posted this at all but I struggled with this problem for a week. Kingston is a good product.

Overall Review: I have tried other newer memory companies, big mistake, got burned every time, New egg rocks, and so does kingston!

Pros: For what it is, this is a great product. I have an Asus P4V8X-MX board that I pulled out of mothballs to build another graphics workstation and this was the only 1GB module that Asus had on the QVL so I bought two and they work great. You can overclock them but not much and make sure you have cooling. I have a Thermaltake CL-R0026 Aluminum heatsink on each one.

Overall Review: I took that board and a 3GB Intel Socket 478 Prescott, added this memory and overclocked the cpu to 3.8GB. Oh yea, I also have cooling on both chipsets. It runs great for the graphics I design and anything else I've thrown at it.