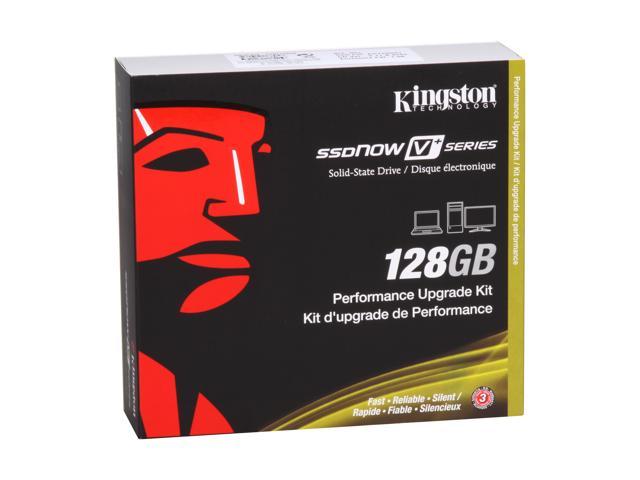 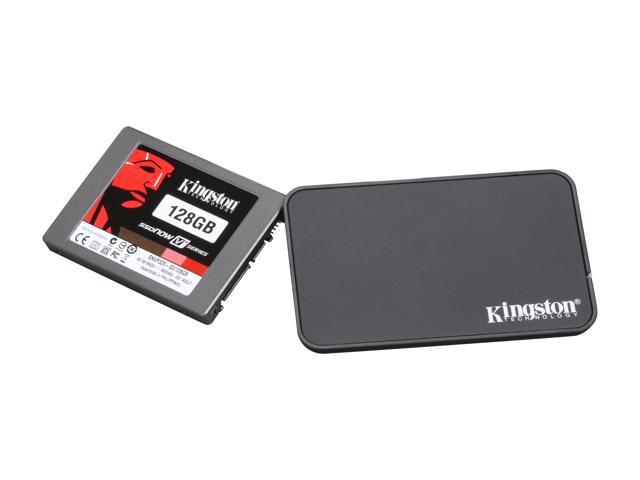 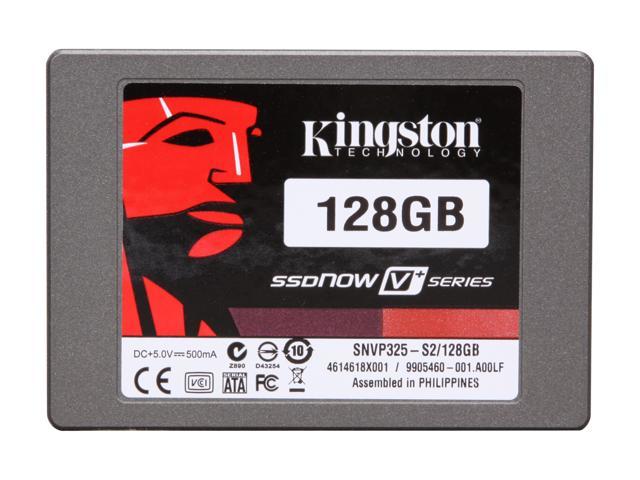 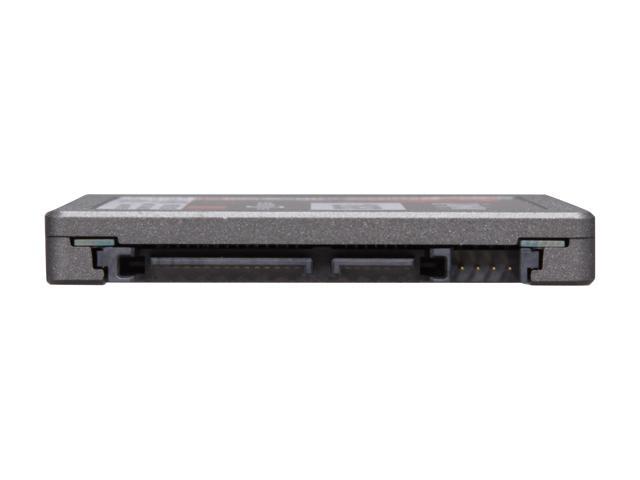 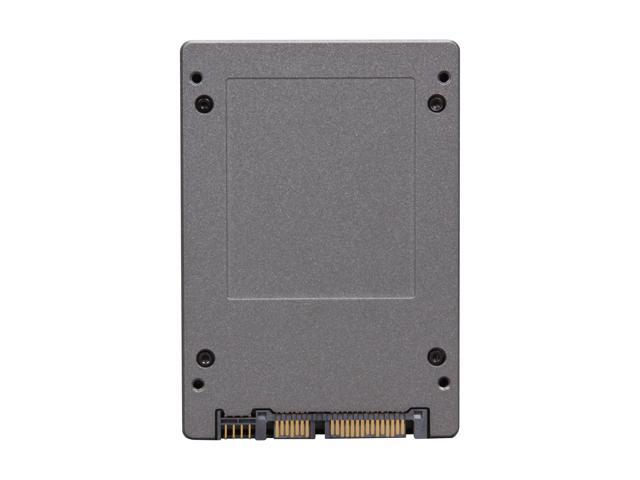 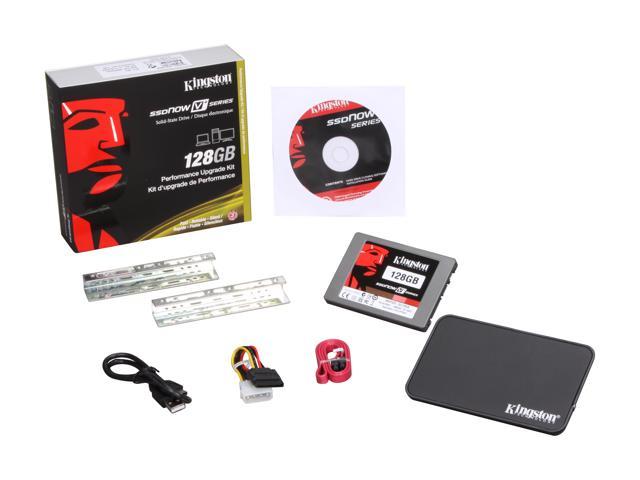 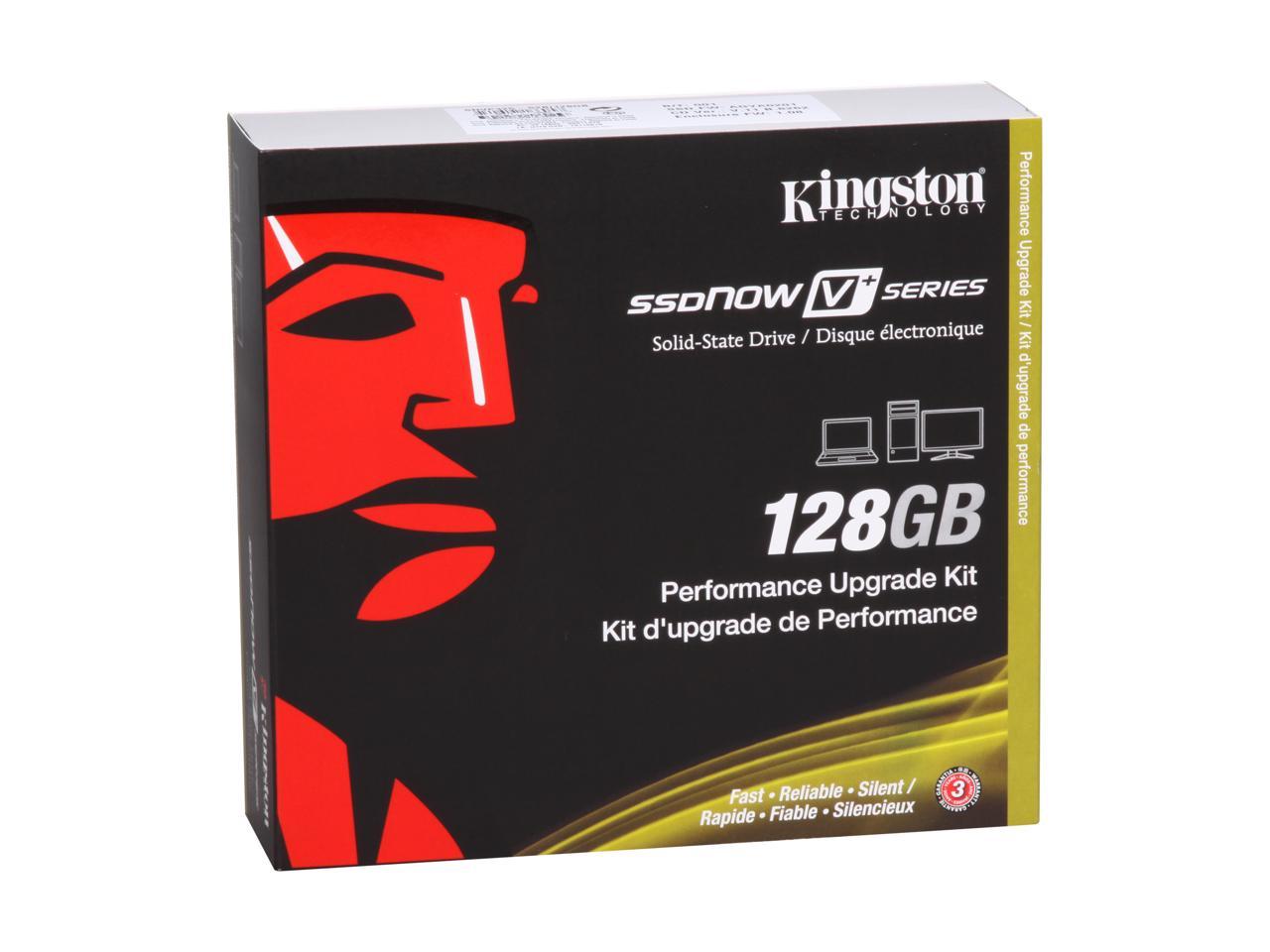 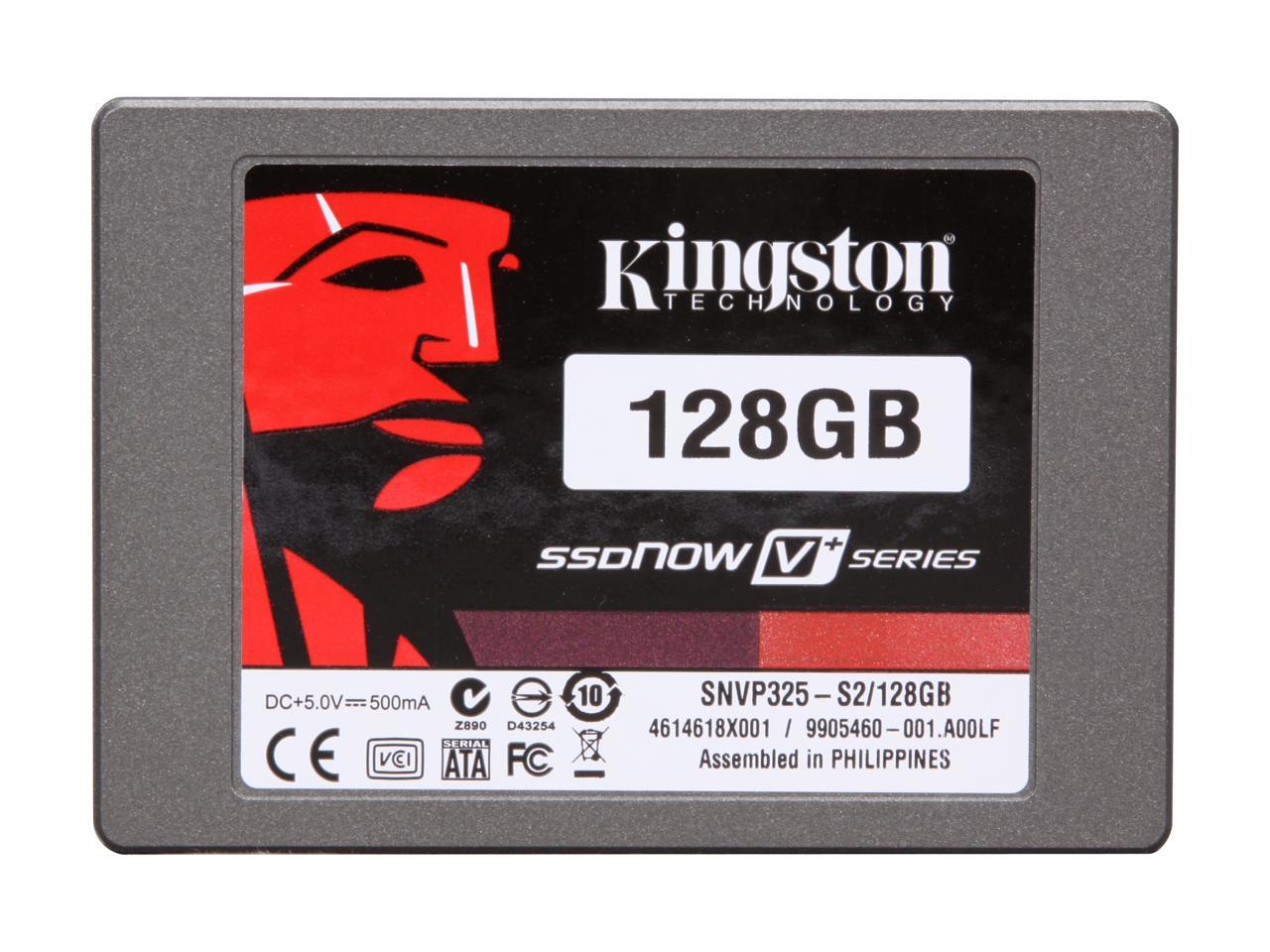 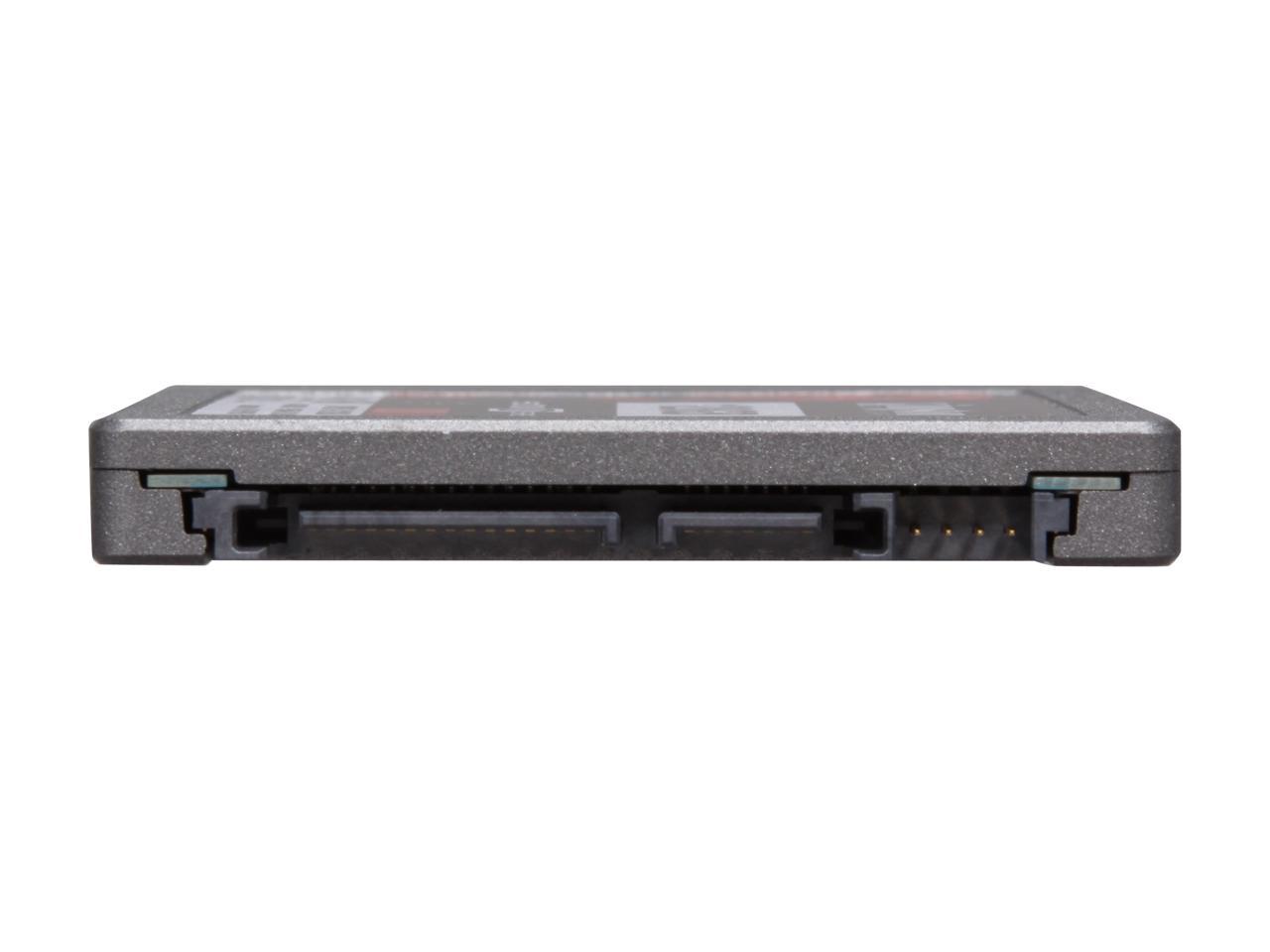 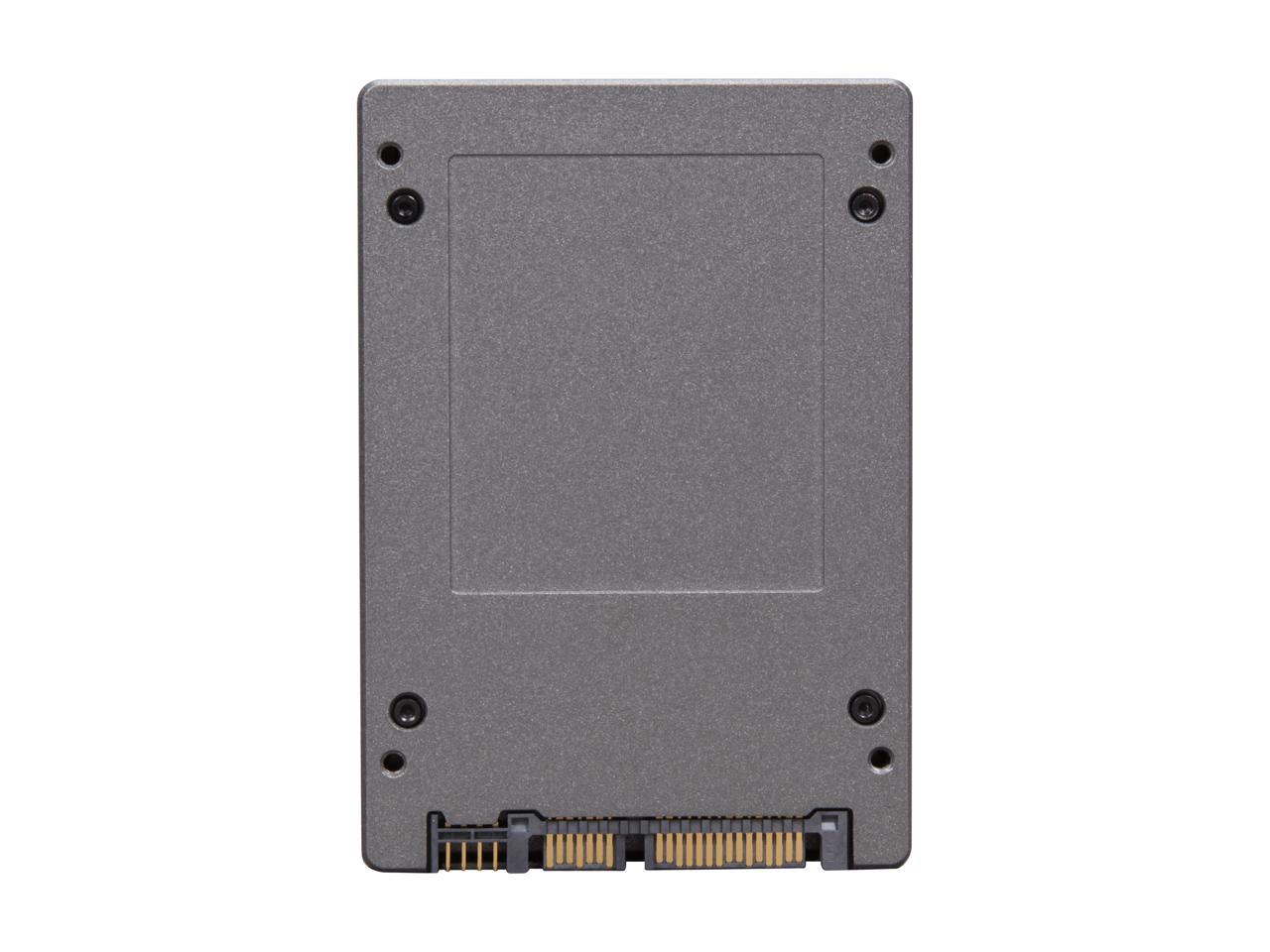 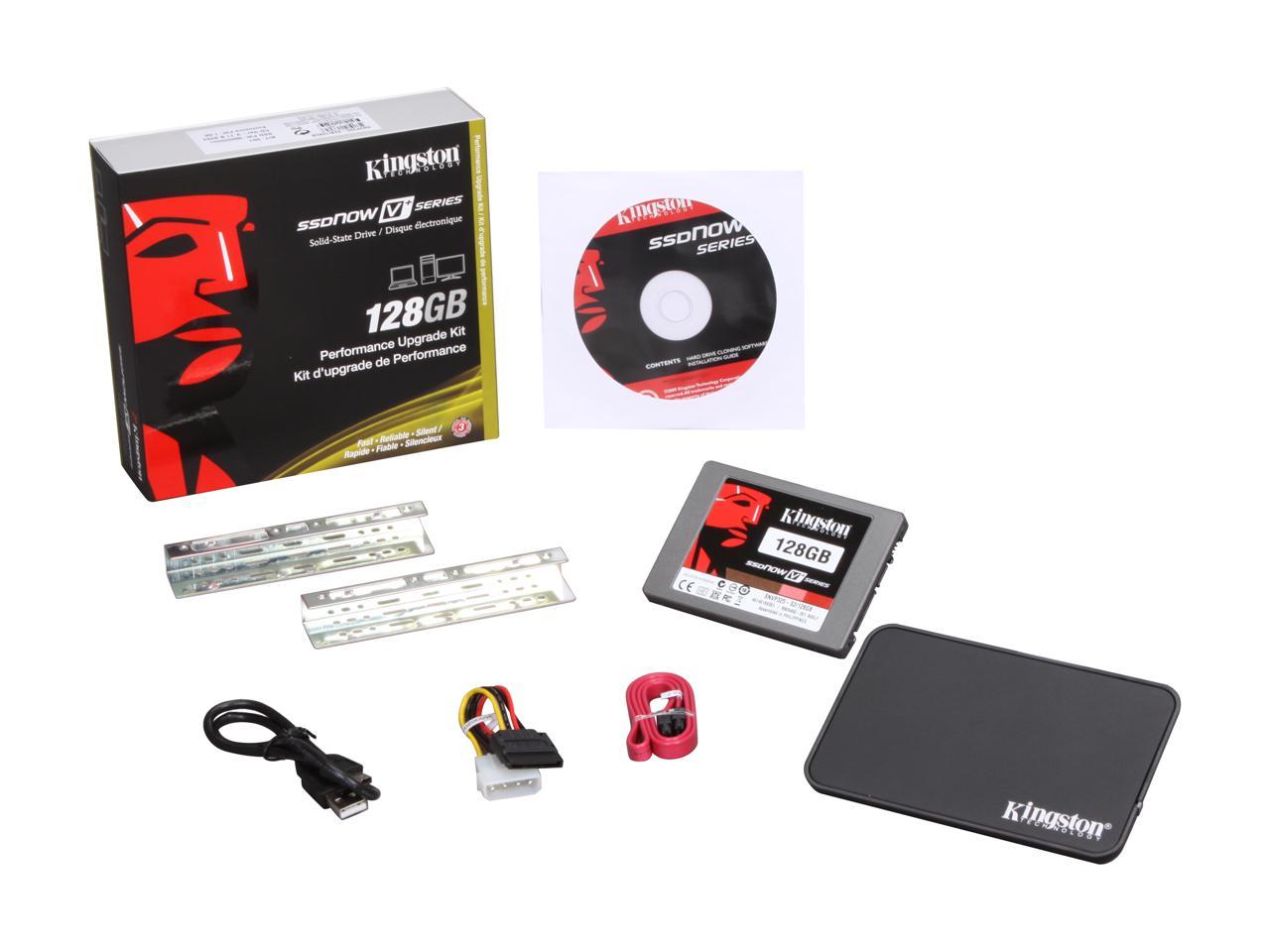 (42) Write a Review
OUT OF STOCK.
Overview
Specs
Reviews
Dramatically increase the performance and extend the lifespan of your existing system with Kingston's SSDNow V+ Series solid-state drive! Targeted for high-level consumers and small and medium businesses, the second-generation Kingston SSDNow V+ Series offers higher performance than its predecessor and supports Windows 7 TRIM functionality, which helps the SSD maintain high performance through the life of the drive. Adding an SSD to a desktop already using a standard hard disk drive is a smart and efficient way to upgrade. Transferring the operating system and applications from the HDD to the SSD allows the SSD to be used as a bootable drive that takes full advantage of the Flash-based technology. The SSD and the HDD then co-exist to drive optimal performance in the upgraded desktop. For notebooks, SSDNow drives are a perfect replacement for hard drives resulting in faster, more reliable performance. Making this change will improve a notebook's efficiency in a wide range of tasks, from booting up to running the most robust operating system and demanding applications. The SSDNow V+ Series drive uses a standard SATA interface but, unlike a regular HDD, SSD is very rugged and built with no moving parts, making it ideal for power users and road warriors who push the limits of their notebooks. Other benefits include reduced power usage, less noise and less heat generation.
Kingston's SSDNow V+ Series offers performance gains and power consumption reductions at a fraction of the cost of a new system. For added peace of mind, they're backed by 24/7 tech support, a three-year warranty and legendary Kingston reliability.

Pros: Upgraded the harddrive in my T61p with this SSD. Even though the chipset on the T61p is capable of handling of handling SataII speeds, it is limited to SataI speeds by Lenovo due to data corruption at SataII speeds when operating the harddrive in conjunction with the expansion bay. Despite this limitation, read and write speeds are still highly consistent Windows 7 loads up quickly, Office programs instantly open. As with most SSDs, the performance is remarkable. Sometimes it feels like the computer opens a program before you click on it. Comes in a neatly packed package with rails and appropriate sata/power cables for installation in a tower pc should you go that route. It also comes with an external harddrive enclosure powered by USB. Very convenient to transfer/clone your harddrive should you choose to do so.

Cons: Price per gb is still high, but not exorbitant.

Overall Review: If you desire a high performing SSD with a price within your grasp, this is the way to go. As always Newegg's shipping and processing is top notch. Ordered on Sunday and received it the following Tuesday.

Overall Review: My 64GB V-series is now my Photoshop scratch disk. Room for two hard drives on my Studio 1735. My old 7200RPM Seagate Momentus is now housed in teh Kingston enclosure permanently and used with Win7 Backup and Restore . . . not that I'll ever need it!

Pros: Fast! Quiet! Install was a breeze in new quad core AMD laptop. Replaced the 500gb 5400 rpm drive with this. Lost some storage but I keep all my data on network storage. I was surprised when I opened the box to find a external enclosure with mini-USB cable AND Acronis True Image HD! The swap out couldn't be easier. Remove your laptop drive and place it in external enclosure, put SSD drive in laptop, plug external drive that contains your original drive, boot with the supplied CD (Acronis), follow easy directions and presto! Done in 20 minutes!

Cons: Wish it were larger but hey, that's where the technology is currently.

Overall Review: My Windows Experience went from 5.7 to 7.0. Now I'm going to hate working on laptops with spinning disks!

Pros: Quiet and fast. My comp boots faster. The included hardware is easy to set up. I put it in a desktop. The drive cloning software works well.

Cons: Price..... can't wait till all SSD drives come down.

Overall Review: My first drive cloned then failed to read. So I RMA 'ed back too New Egg. They covered it no problem. Second drive works like a charm. One egg off for the defective drive.

Pros: - Easy to install - This model (SNVP325-S2B) comes with *everything* needed to install (cables, brackets for 3.5", enclosure) - BLAZING FAST. Its only SATA II, but apparently this is quite good enough for most tasks. No regrets currently by not spending more to get SATA III. After all how much more throughput is needed that 250mb+ sec. That is FAST! - Good price with nice rebate. - My ASUS P8P67 noticed it on 1st boot and Windows 7 64-Bit installed on it with no issues.

Cons: - None so far. Wish these things (SSDs) had been out 10 years ago. I think we can all say bye-bye to conventional magnetic spin disc HDD in a few years. These little deals are SO NICE.

Overall Review: I am so happy with this purchase!! Check out some of these speed specs: -Installed Windows 7 64-bit in 12 minutes. -From power on to desktop in roughly 15 seconds -From shut down to power off, roughly 4 seconds. The above specs are on an ASUS P8P76 with an Intel i2600 i7 Sandy Bridge CPU with 8GB of RAM.

Pros: Fast. Installed on a new system. Intel i7 16gig ram. Easy to install. Comes with everything needed to install in a desktop. I have never seen spybot S&D run so fast.

Overall Review: So far so good. Improved the scores in the windows experinece index from a 5.0 to a 6.9. If I had to do it over again I would purchase this HD.

Pros: went from a 5200rpm 500 gb to this. Amazing product. laptop has quad phenom win 7. No more pushing on and going to smoke or make coffee b4 its rdy ! haha like the bonus external enclosure they give for your old drive.

Cons: - less than half the storage space of original 320GB stock laptop hard drive - cost per GB vs. mechanical drives is quite high

Overall Review: The original hard drive in my Asus F8V laptop was a WD 320GB Scorpio. I put that in the external enclosure and duped the contents to the Kingston SSD using the included Acronis software. It was wicked easy and took about 20 min. The performance boost, coupled with the power savings made this an awesome choice. The Samsung controller in this Kingston SSD might not be quite as fast as the Sandforce 1200 or the Barefoot controlled drives but it's 90%+ their performance at a much lower cost. Especially when you consider the added value of the external enclosure and the Acronis software in this bundle. HDtune 2.55 on WD Scorpio: Min 10 MB/s Max 58 MB/s Ave 43 MB/s Burst 87 MB/s HDtune 2.55 on Kingston SSD: Min 143 MB/s Max 172 MBs Ave 171 MB/s Burst 132 MB/s