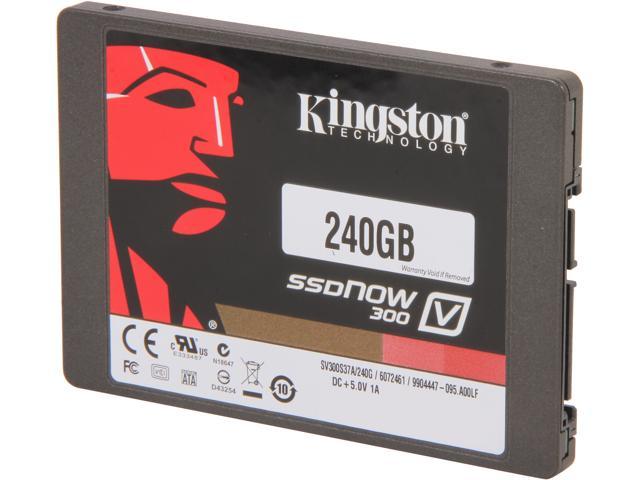 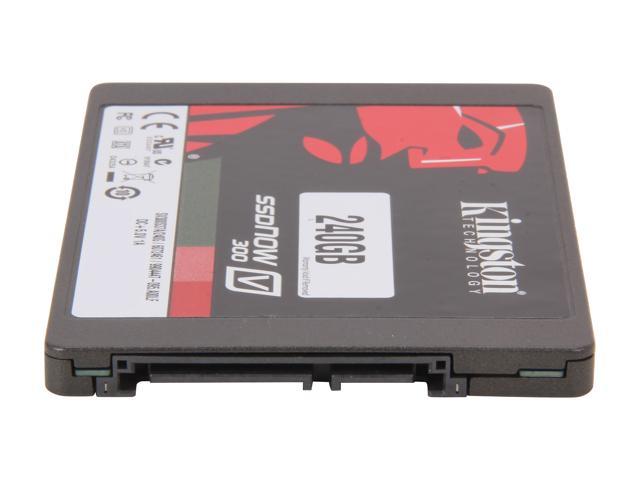 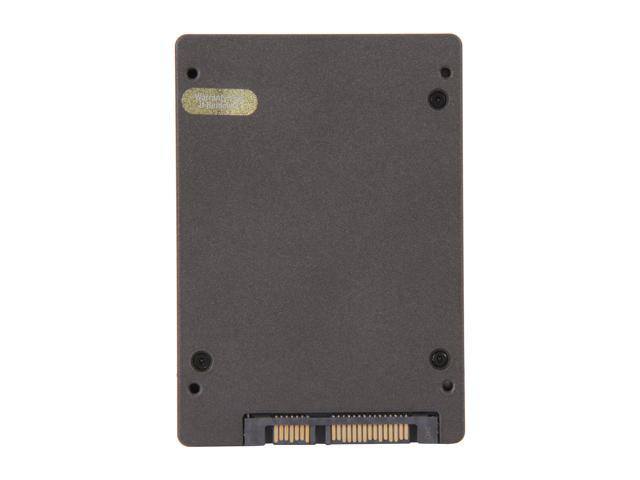 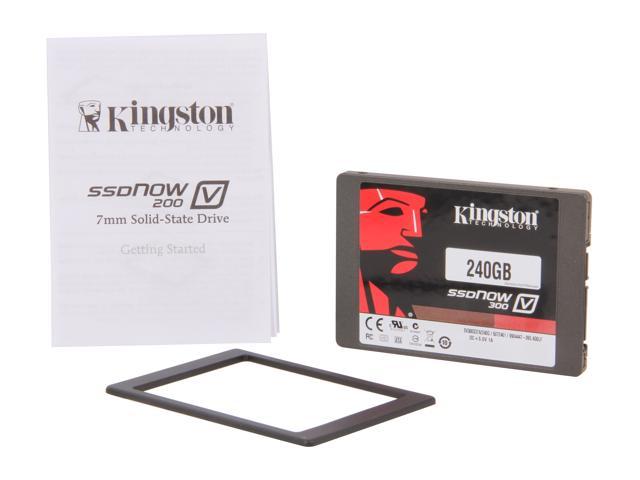 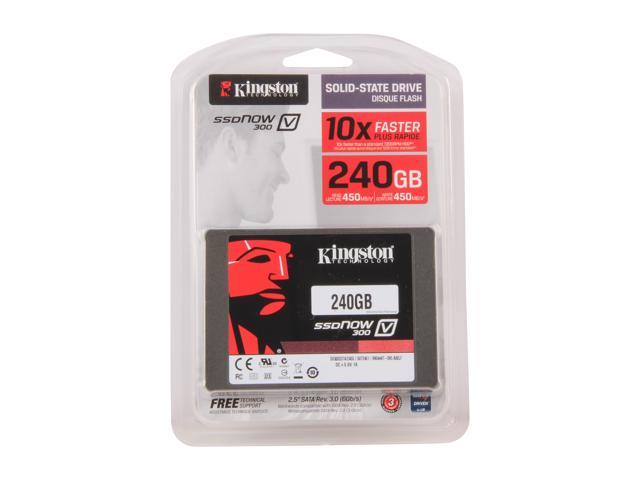 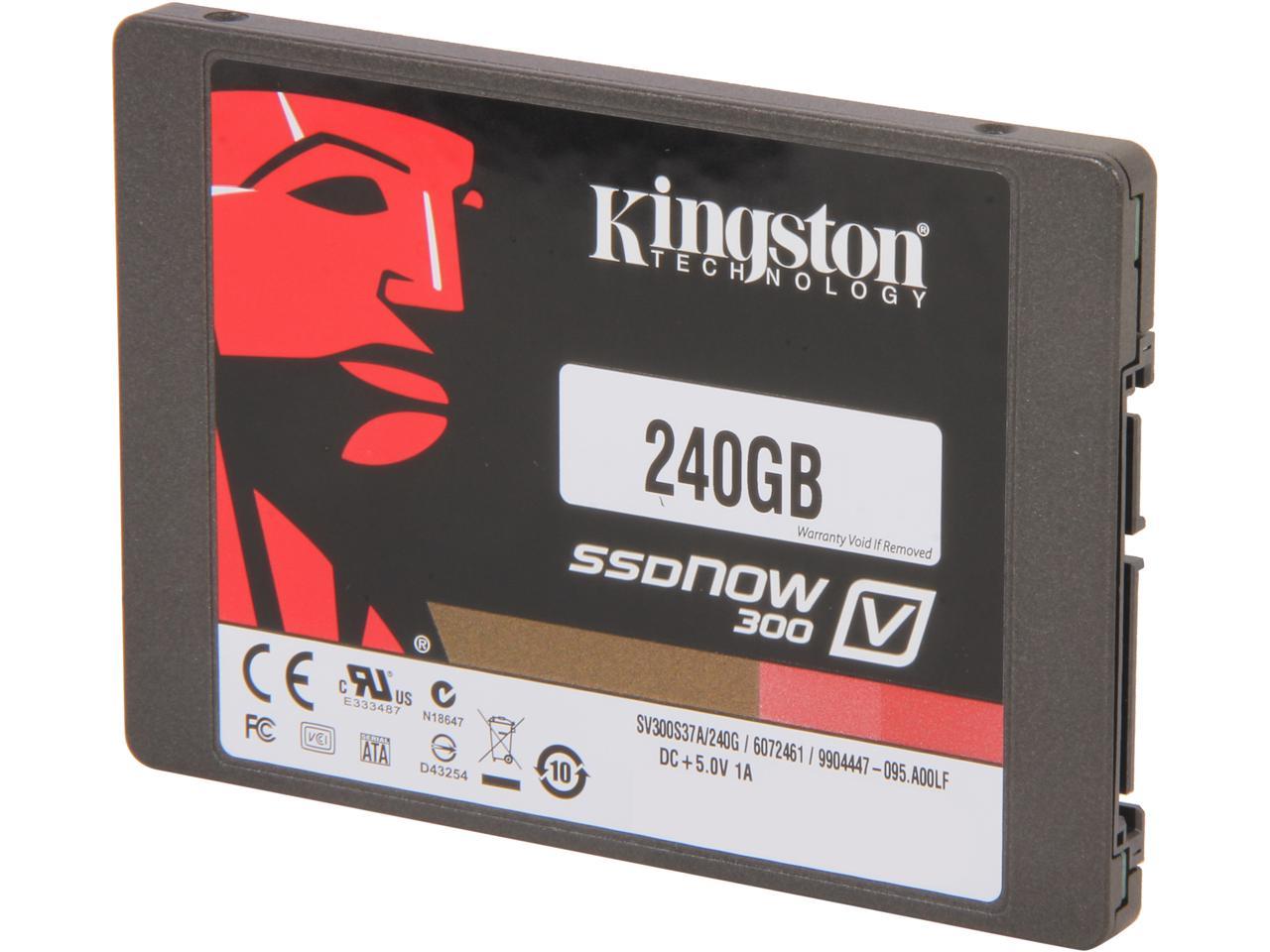 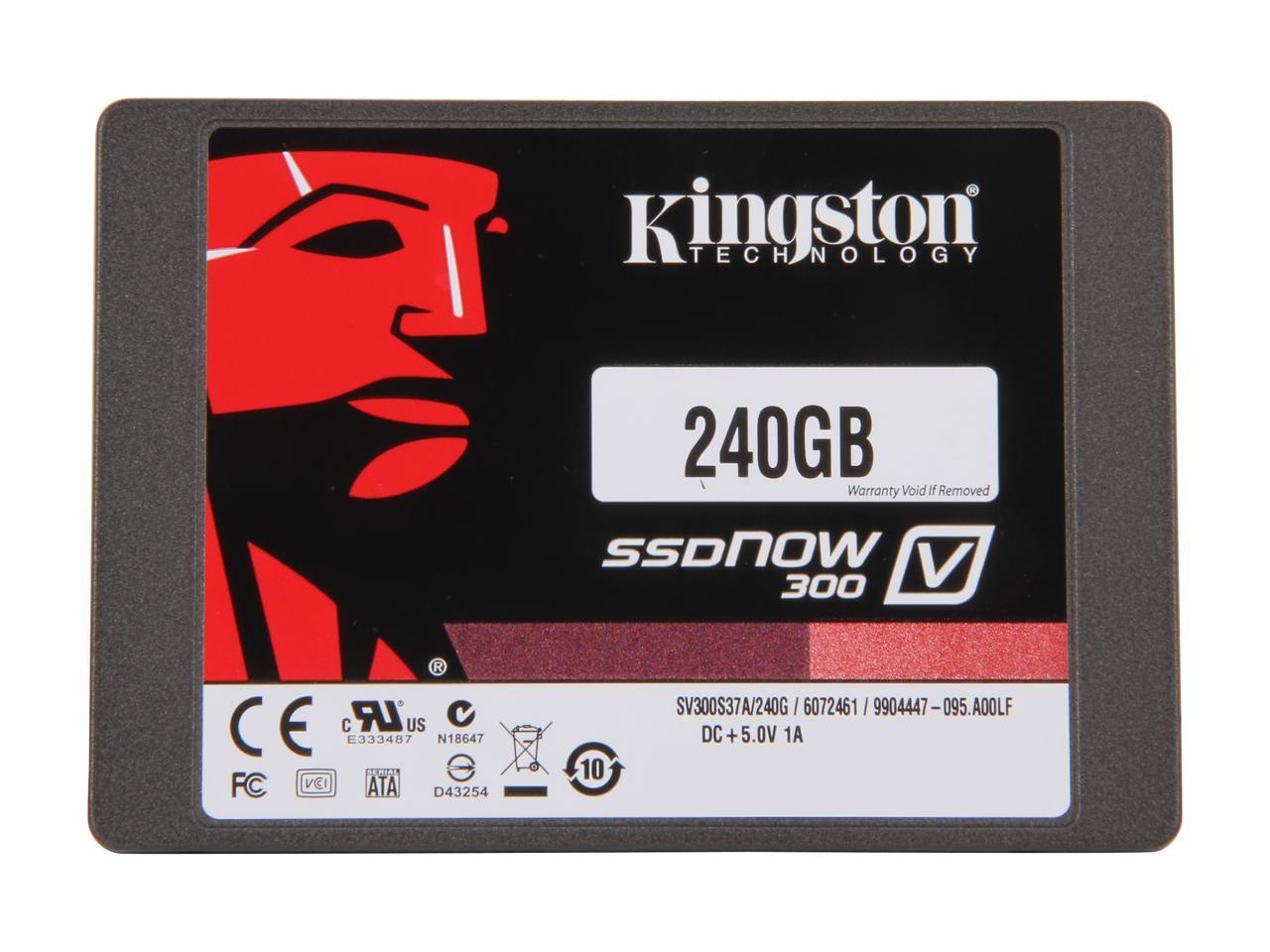 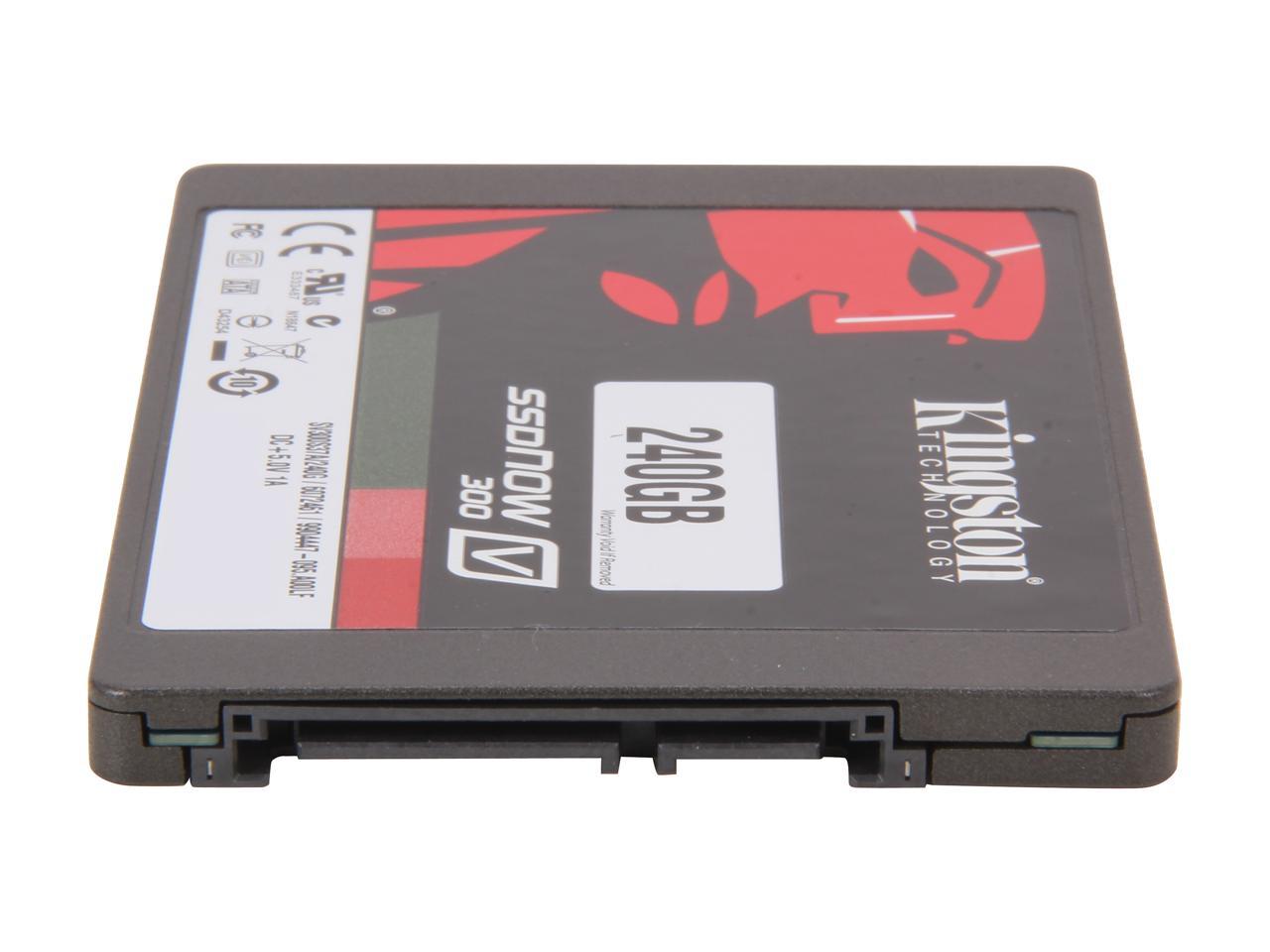 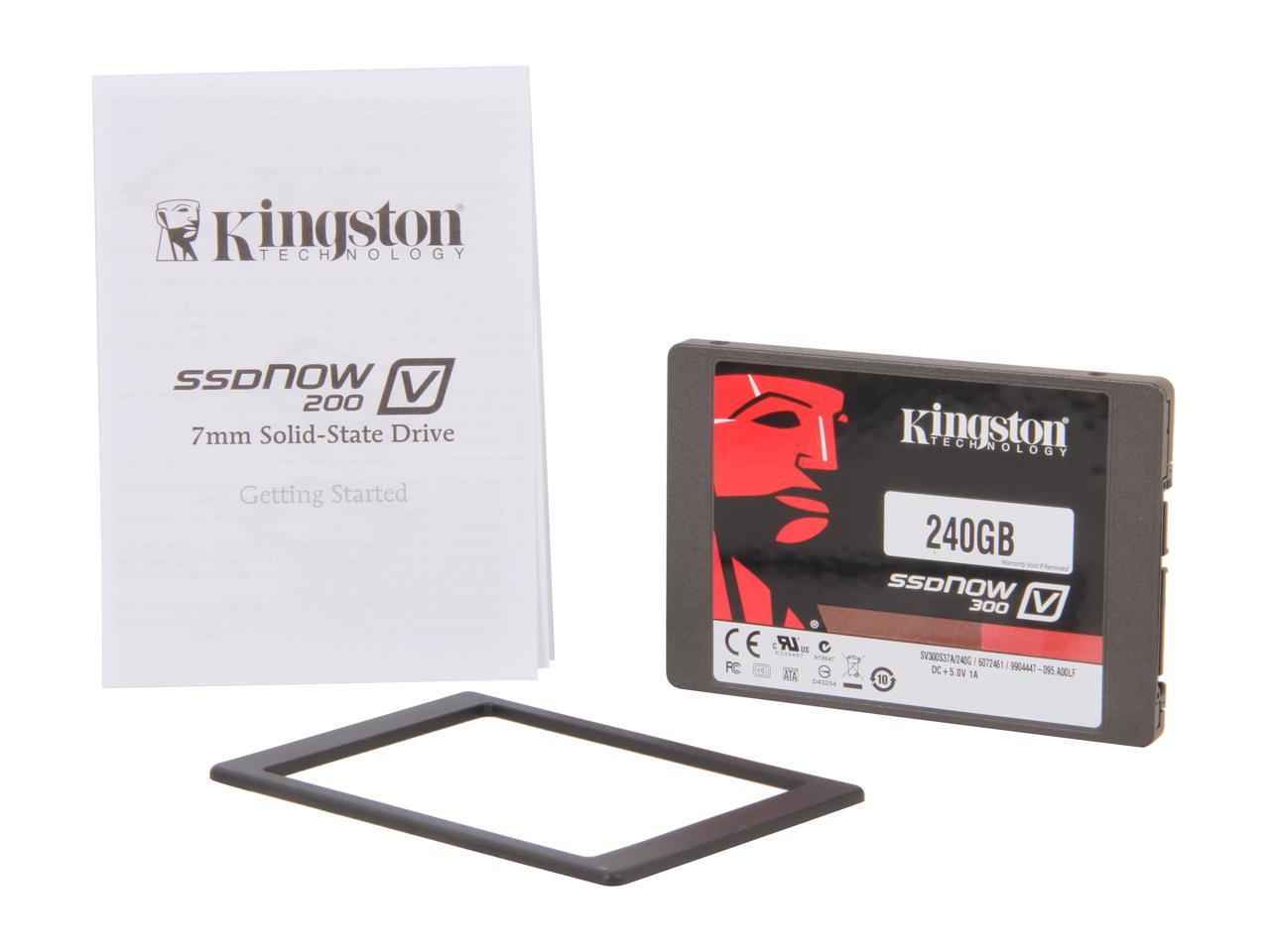 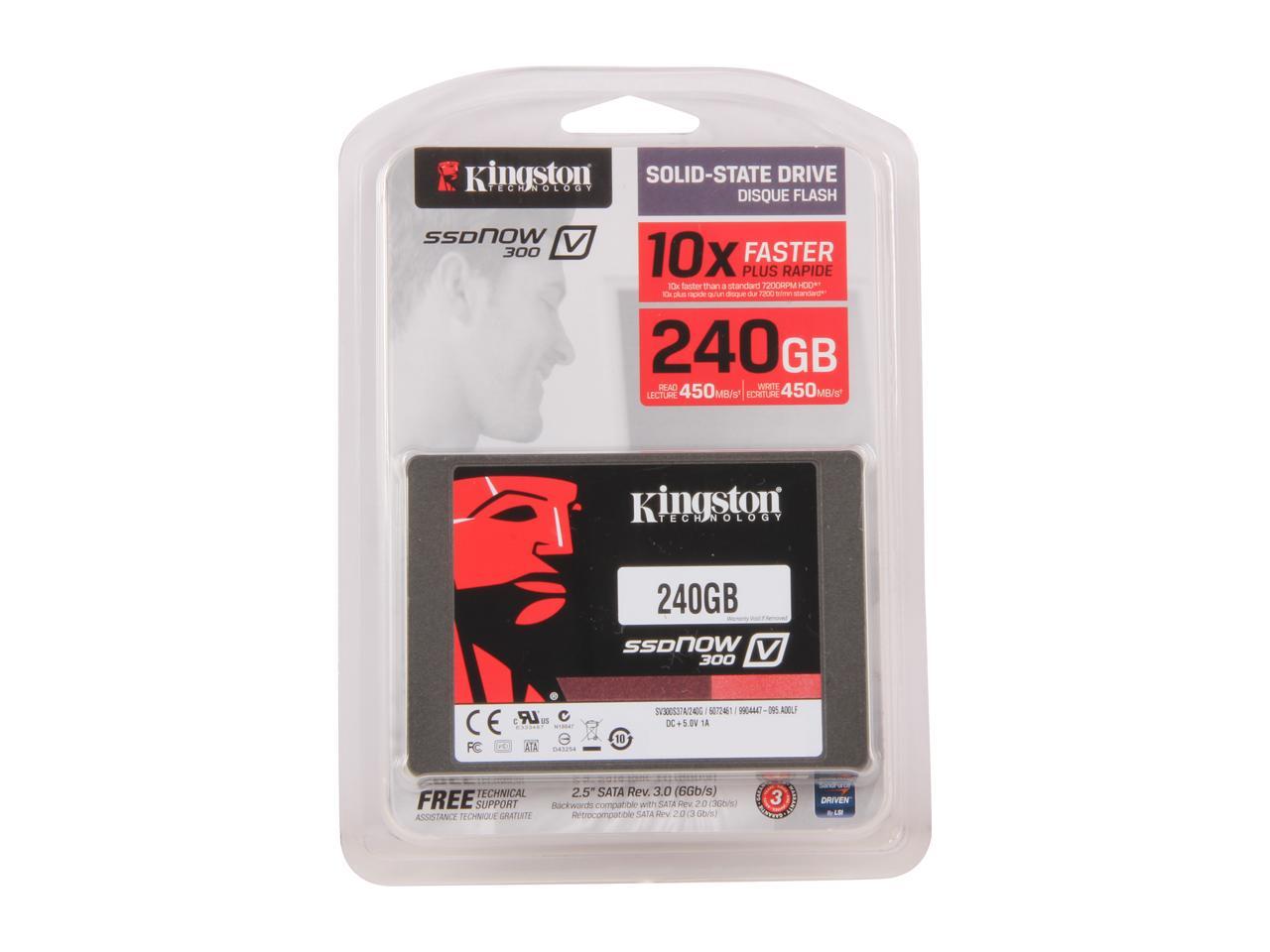 Cons: Despite the specs showing that the IOPS are read 85,000 and write at 43,000, I never saw numbers close to that and to add to that mine were the opposite. After multiple tests, the writes were faster than the reads when it came to IOPS. I have never had an SSD test so strangely when it came to the rated specs vs my benchmarks.

Overall Review: Overall this is a great SSD with very low power consumption and fantastic read speeds with decent write speeds. Despite the writes not being as fast as I’d like, considering the price they are still good as there are worse options in this price range. Given the durability and the low power consumption this is a perfect upgrade for any laptop. *All tests were conducted three times to ensure accuracy and repeatability of results.

Pros: UPDATE: This model's performance is very low compared to other similar priced SSDs. The Mushkin Enhanced ECO2 and the PNY CS 1311 are both clearly superior and they cost only about $5 more than this Kingston model. Check them out here on Newegg. Read speeds are OK for this entry-level SSD (but see below).<br><br>They're selling these off in 2-packs and 4-packs.

Overall Review: The only test where this SSD shows decent performance is the easy ATTO benchmark. When tested on other well respected benchmarks such as AS-SSD or CrystalDiskMark the Write speed (for saving files) is slower than a regular spinning hard drive.<br><br>Looks like it's end of the line for this sad range of V300 models and they're being sold off in bundles.<br><br>If you only need a cheap SSD to Read files at OK speed this model will work, but Write speeds will slow down your work. Also, a-synchronous NAND has been shown to have shorter lifespan.

6 out of 7 people found this review helpful. Did you?
Manufacturer Response:
Hey Andrew! We appreciate your review and feedback. Our V300 series SSD's were originally released back in 2012, as you can imagine SSD Nand technology has since improved compared to the 2015 models you mentioned. The reason we suggest to test the V300 SSD's with ATTO is based on it's ability to benchmark with COMPRESSED DATA. (Real-world) as opposed to AS-SSD and CrystalDiskMark which excel with incompressible data. We also provide results for those applications if you would like to compare: Incompressible Data Transfer AS-SSD / CrystalDiskMark 120GB — 180MB/s Read and 133MB/s Write Compressible Data Transfer (ATTO) All capacities: 450MB/s Read and 450MB/s Write Our V300 series SSD's deliver a great value for those transitioning from mechanical HDD's as we also have higher performing SSD's such as our HyperX Savage and Predator lines if speed is a crucial part of your computer build. Feel free to let us know for any feedback! Regards, Felinni M. @KingstonTechnology

Cons: *Abysmal Read & Write Speeds... are you kidding me? If you work with large files frequently you should pass on this drive. R/W speeds are terrible. *Toolbox is useless, Samsungs included software is far better.

Overall Review: I own three of these for various uses that I picked up for 69.99 free shipping each. And let me assure you that what everyone else has been complaining about is true. Just today I wanted to play Tera Online on my HP G7 laptop so I decided to copy the install folder from my Samsung 830 Pro 256GB SSD over SATA6 to this Kingston. The results... sad... Tera Online is 55.2GB From Samsung to Kingston took 6 Minutes 56 Seconds which averages 132.69 MB/s Write. So, out of curiousity, I copied the files back... To Samsung from Kingston took 7 Minutes 42 Seconds which averages 112.55 MB/s Read. So, no matter what Kingston says, 55.2GB of game files is a perfect test for read / write speeds. But, at 69 dollars I'll still recommend them for entry level bang for your buck upgrade for older laptops & desktops as they still have very good random I/O performance which is what we really buy them for. It will boot your OS faster and open programs quickly. However, if you're the type like myself who is constantly working with large files such as ISO's & Blu-Ray / HD rips look elsewhere. My WD Green drives copy files just as fast, if not faster in some instances. But overall, they've all performed well and I'd still recommend them.

8 out of 11 people found this review helpful. Did you?
Anonymous
Ownership: 1 month to 1 year

Pros: Fast. Cheap. Great upgrade for any HDD system with enough room for most. 7mm profile for notebooks that require the slim size, but includes a spacer if needed for the normal 9mm thickness.

Cons: If I had to give it a con it would be the spacer that allows you to use it in a standard size drive slot. It attaches with double sided tape, so you kind of have one shot to put it on and if you want to take it off later it could be a pain. I really don't see this as a major issue, but be aware and careful if putting it on. Also, if your planning on cloning you current drive, you need to have your own software since this does not come with any (but is easy enough to find some online) Neither of these are worth taking an egg off for.

Overall Review: Some may complain because this SSD uses the slower asynchronous NAND, or that it uses a SandForce SF-2281 controller, but neither of these are issues for most. The controller has been tweaked by Kingston for better performance and they buy their 19 nm NAND from Toshiba. For most users, you can not tell a difference betweenthisa budget SSD vs a high performance SSD. A "cheap" SSD blows even the best/fastest HDD away, for not much more cost per gb. I replaced a 60 gig SSD that was running out of space, so this was perfect. I had a Seagate HDD in the system also so I was able to use Seagate's clone tools to copy the 60 gig to the 120 gig. Very fast clone from one SSD to another. Very happy with this SSD and would buy another in a heartbeat if needed.

6 out of 9 people found this review helpful. Did you?
A M.
Ownership: less than 1 day

Overall Review: Good riddance to an SSD whose Write performance (i.e. saving files, transferring/copying files) is actually WORSE than a regular old spinning hard drive. If all you need is decent Read speeds for booting up and pening files this SSD is OK for the price. But don't expect snappy performance when it comes to completing any task that involves saving or writing files because this drive is slower than almost every other SSD you can buy. Try the low priced Mushkin or Crucial or PNY models instead!

4 out of 6 people found this review helpful. Did you?
Manufacturer Response:
Andrew M., Not all benchmarking utilities provide consistent results with our V300 SSD. The V300 was designed and built to be a solid entry level drive with a very good combination of price and performance. Kingston has sourced both synchronous and asynchronous NAND flash components for our V300 drive from various Tier 1 NAND manufacturers to produce our baseline fresh-out-of-box spec of 450-450MB/s in ATTO, while some may over perform. All Kingston SSDs go through a rigorous and persistent qualification process which begins with qualifying the NAND flash components we use to ensure a high quality product. For a better understanding of the V300's performance please see the following as these are the performance break downs: http://www.kingston.com/datasheets/sv300s3_us.pdf I've created a Kingston technical support case, SR275765, so for further assistance, please call us at 1-800-435-0640 (USA and Canada only) M - F 6am - 6pm PT and I or any available technician will assist you. Please be sure to have the part in question on hand when you call. Thank you for selecting Kingston as your upgrade partner! ~Darren/Kingston Technical Support
James V.
Ownership: more than 1 year

Pros: Bought it on sale, and has been working as expected since installation. I sue this for a gaming drive, loads way faster than the mechanical drive it replaced.

Cons: Not as fast as other SSD drives, but works as advertised.

Overall Review: Was the correct size for my usage when I bought it, now I wish I bought a higher capacity drive, try to buy the biggest one you can afford.

2 out of 3 people found this review helpful. Did you?
Anonymous
Ownership: 1 day to 1 week

Pros: fast. cheap 120gb for about $60. can't get much better than that. installs windows 7 in about 20 minutes. windows 8 in less time scores 7.9 on windows index. best thing you can do with an old computer... swap out the old magnetic hard drive and put in an ssd less expensive than samsung but is it more reliable? time will tell

Overall Review: I hope this drive last at least two years but with ssds you never know when it will go kerplut a lot of ssds are like the old IBM "deathstar" drives * fingers crossed *

2 out of 3 people found this review helpful. Did you?
Bruce L.
Ownership: 1 week to 1 month

Cons: Not the fastest SSD.

Overall Review: Using on the following: Gigabyte 775 Motherboard Core2Duo GeForce 9800 GT Windows 7 64 Buy it for the low price and use as boot drive.