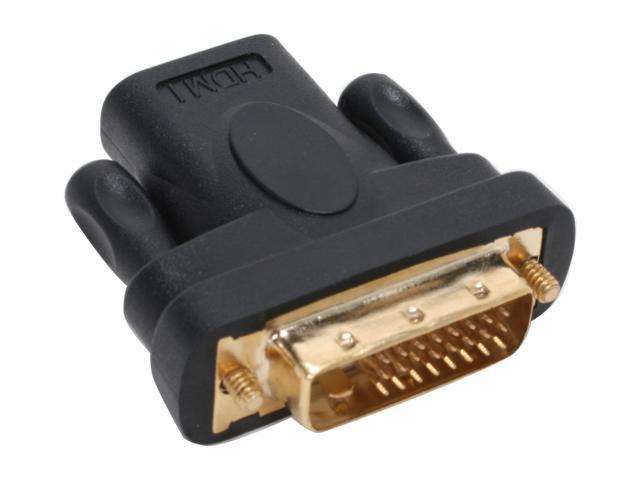 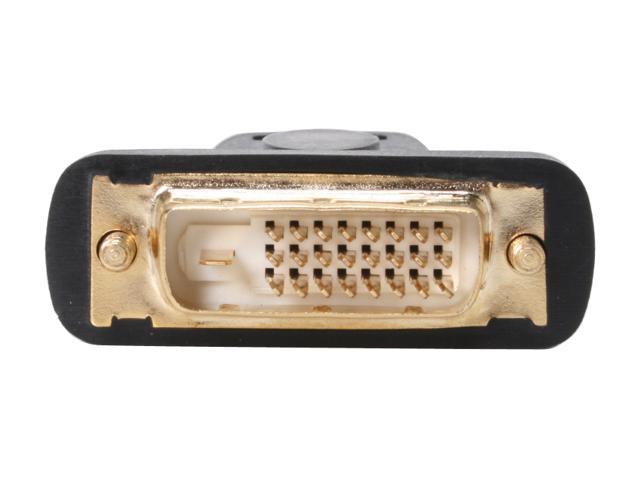 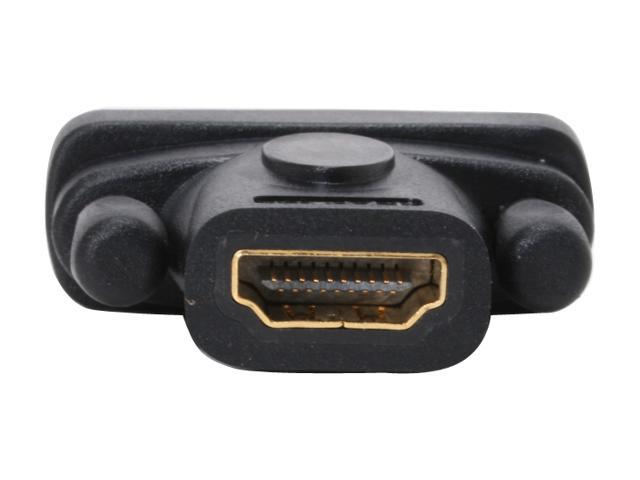 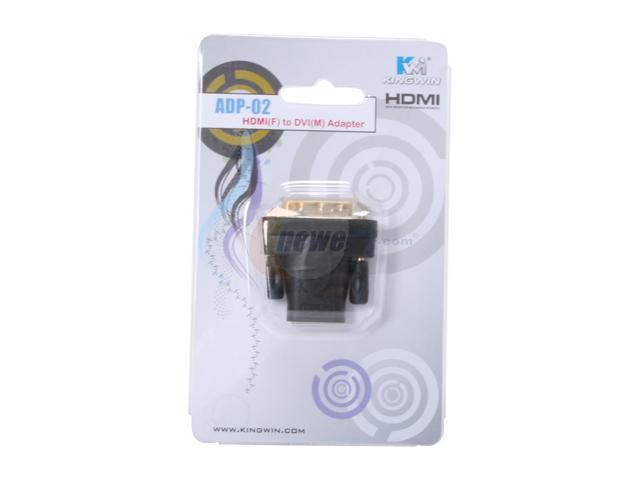 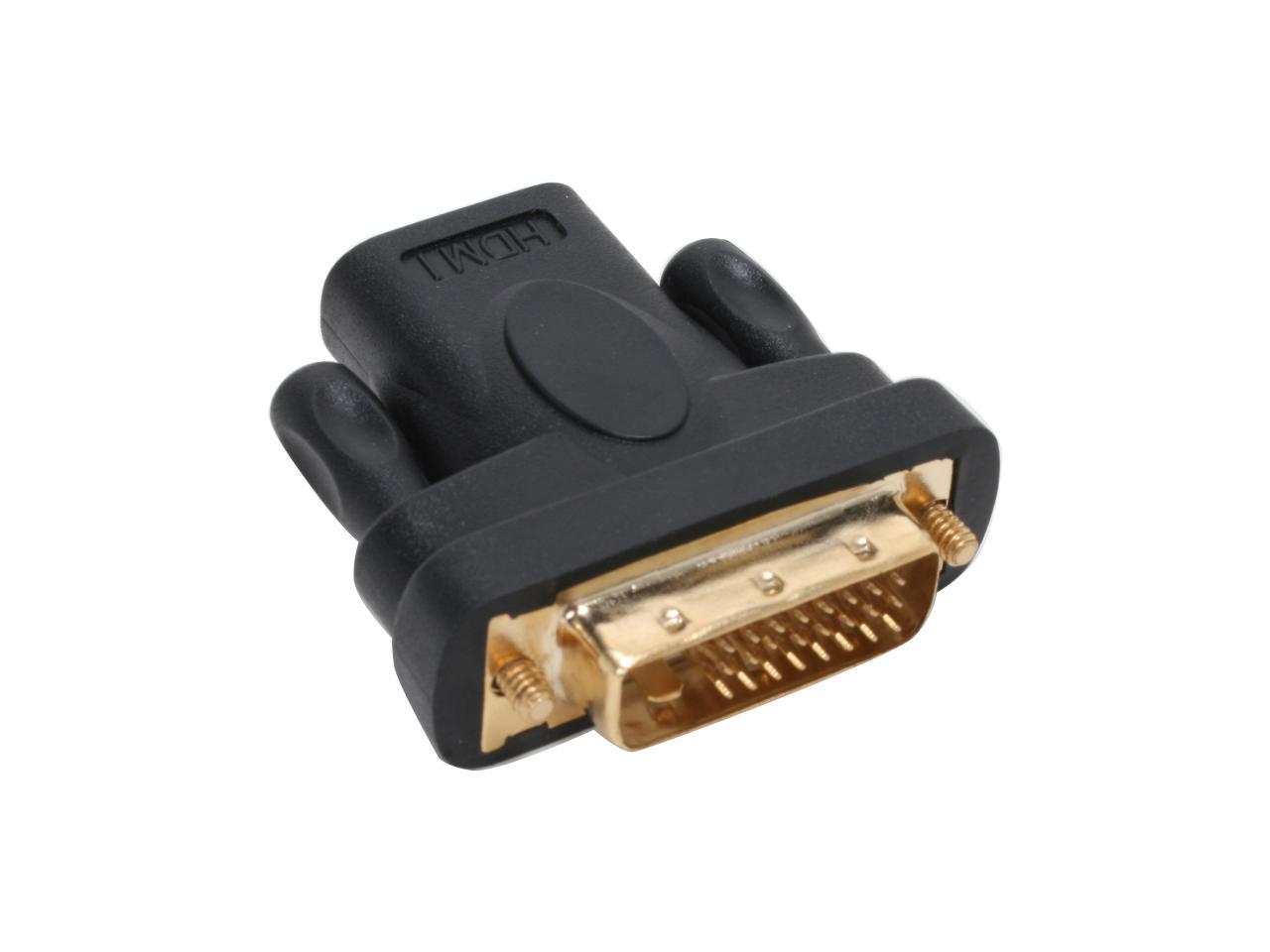 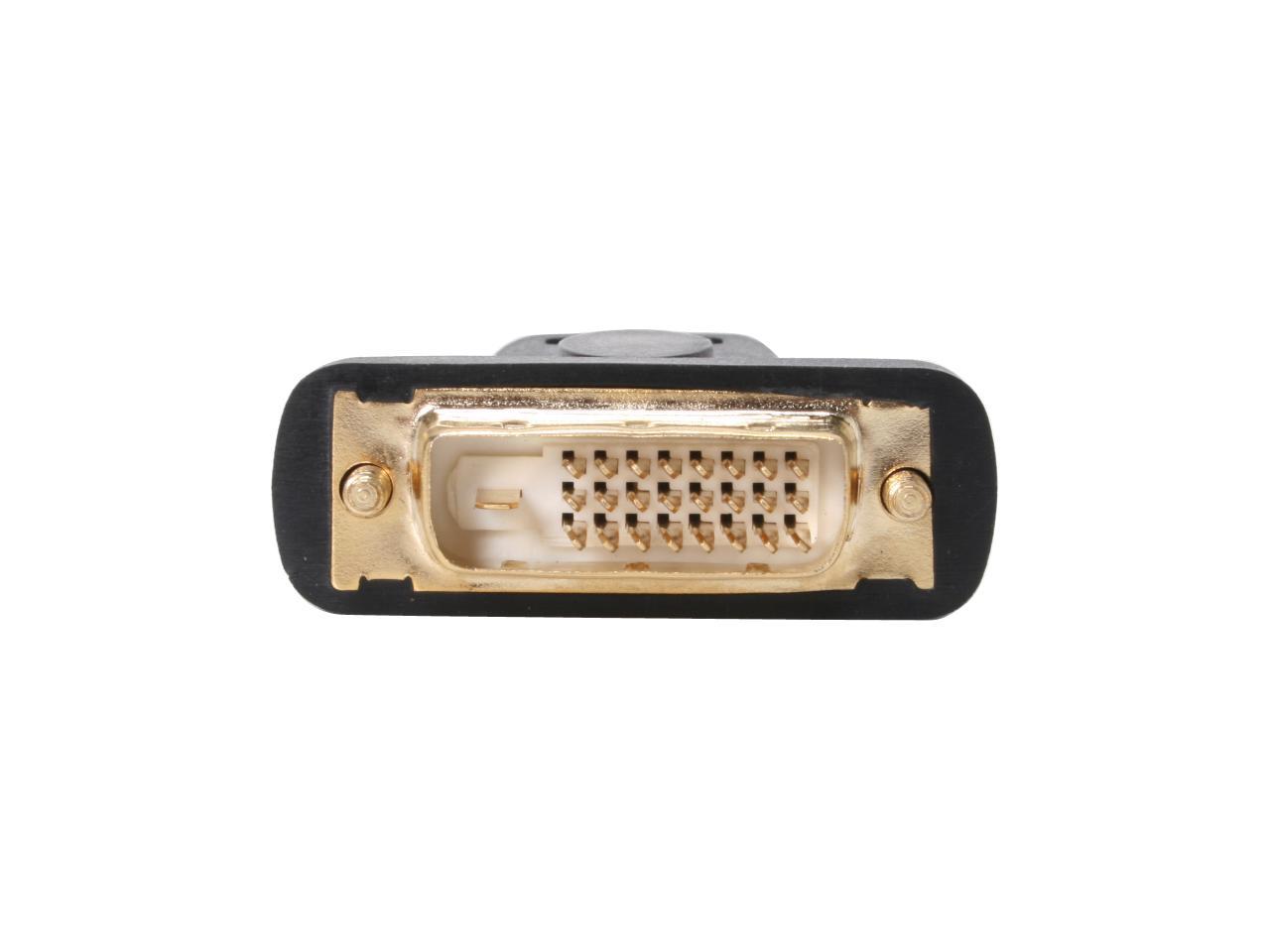 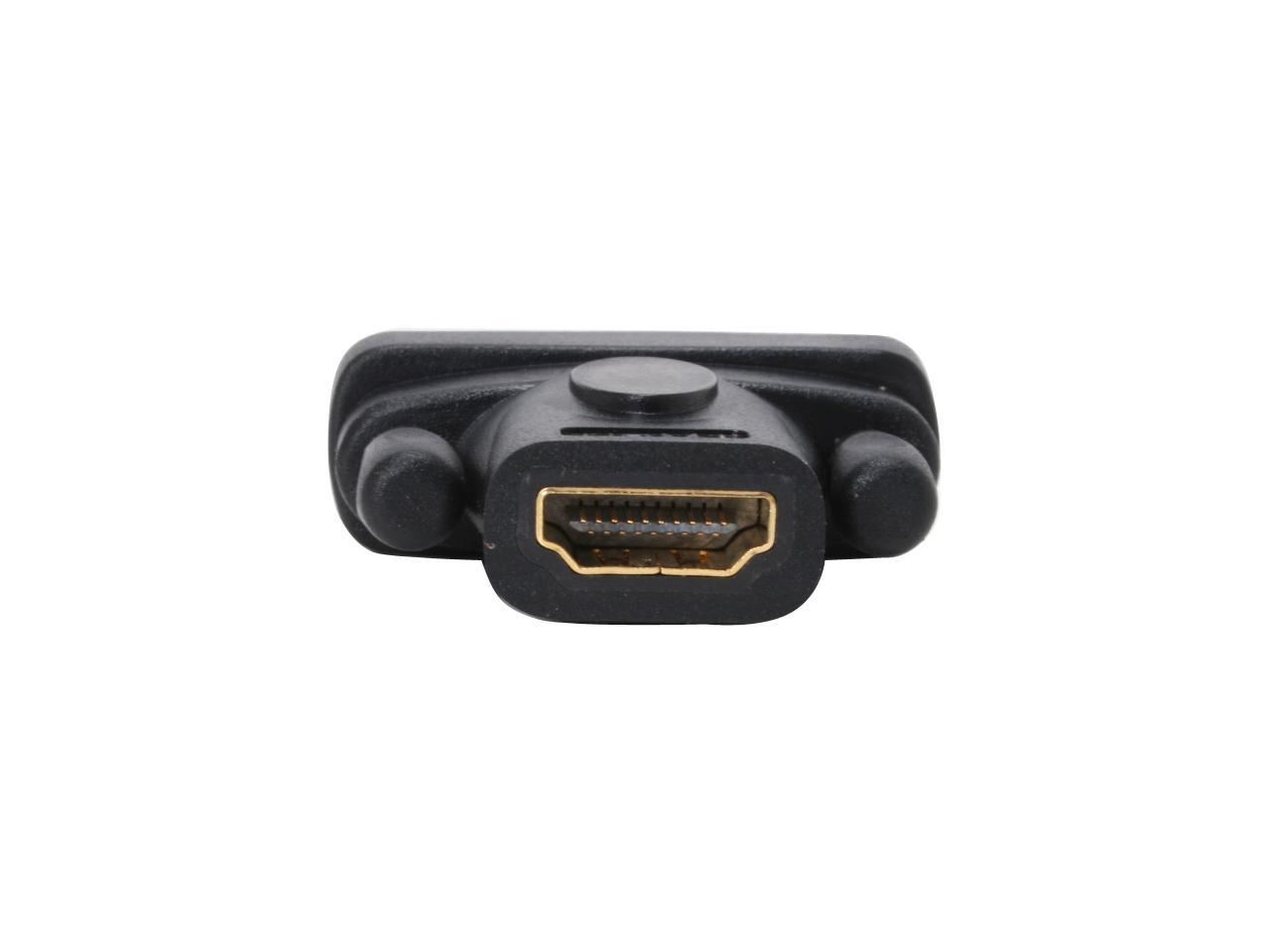 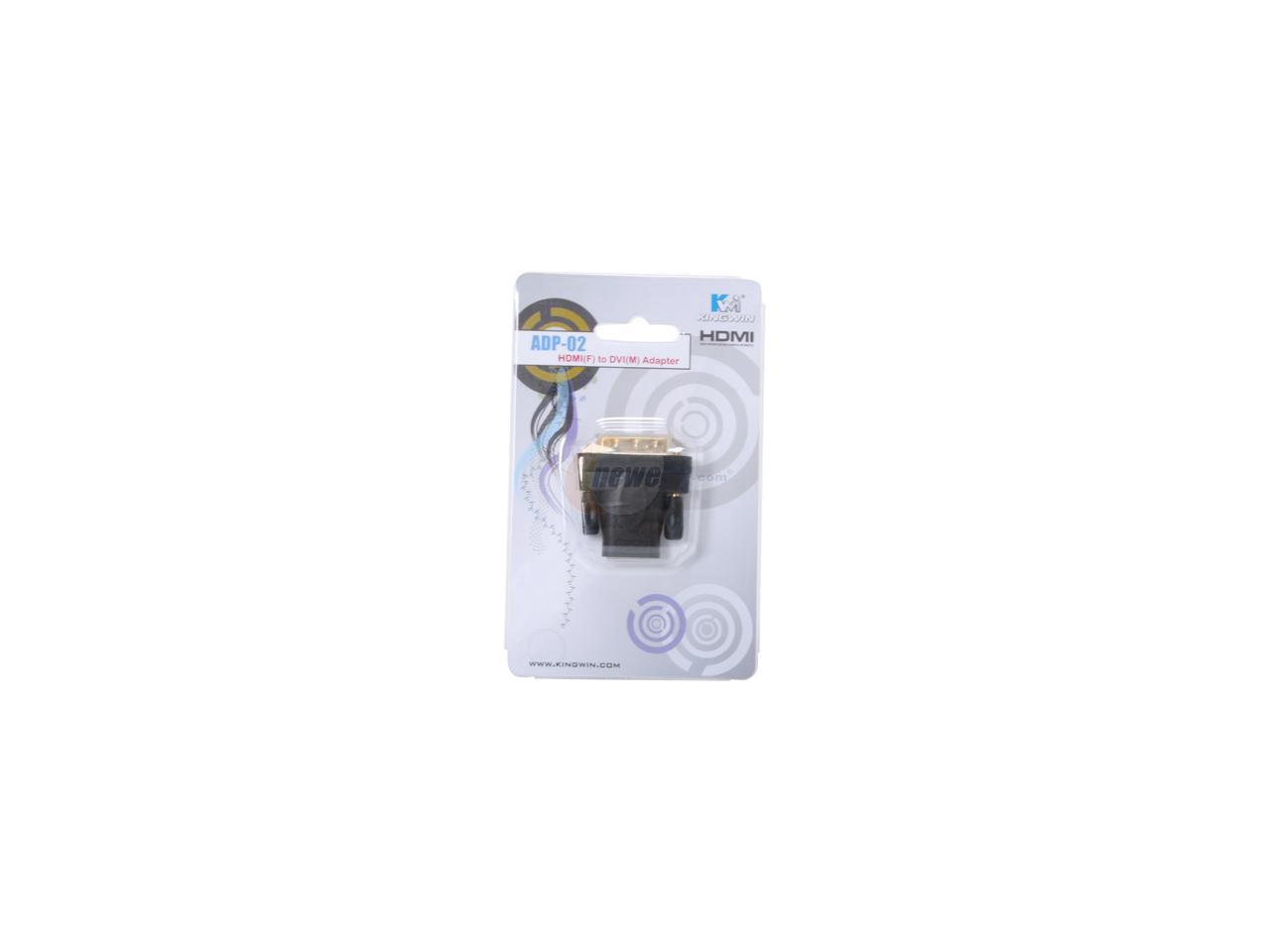 Cons: As previously stated by someone else, it needed to be shaven down a bit. I have a GTX 260, and it's got 3 outputs in the back, going DVI, DVI, then S-video. I have a 22" monitor plugged in, so I needed to use both DVI ports. When putting both side by side, the outside edges on this adapter are a little too thick to fit in with the other, so a little bit had to be filed off the edges. It fits now, but if you aren't huge into doing such a task, then this isn't the adapter for you. If however you've got a video card where it does dvi, s-video, dvi, or another combo that doesn't have both DVI's (or DVI and VGA) side by side, then you'll be fine. Also, the knobs are hard to screw in, unlike most adapters that have holes that you can use a screwdriver on, you can only use your thumbs to screw the knobs in.

Overall Review: I was going to give it 3 eggs, but I decided against it seeing how it DOES work, and it does it's job well. Even though I didn't have a big issue with the filing down on the edges, other people might not want to do the same, so it's just a heads up.

Pros: As I stated before, works just like an adapter should, no lose of quality, low price.

Cons: The only con is that the adapter is a little wider than your average adapter. If your video card has 2 DVI ports side by side, and you are using one of those DVI ports for this adapter, and another DVI port for monitor, another TV, projector, something, then you'll have to shave down the sides to get it to fit correctly. Not a big issue, might be a bigger issue for some people if they don't feel comfortable on shaving down the plastic edges of the adapter. (My previous review I gave a 4 for this product, because it didn't fit right out of the package, but it was only a small issue that took a few minutes of my time to fix, so I'll give it a 5 this time).

Overall Review: I have seen some people replying with "no sound", but it is variable on a few things. Not all video cards are alike. Practically every NVIDIA card CAN NOT process sound. The only ones that can are NVIDIA cards that have s/pdif ports on them, such as the new GTX 200 series, and I believe some GeForce 9 series have an s/pdif port as well. ATI cards CAN process the sound, so there shouldn't be an issue on an ATI card, if there is, you have to tinker with your sound settings. I know I had to tinker with my sound settings to get it to output through the HDMI connector, no biggy if you know what to select. Just keep that in mind if you want sound, or don't care about sound through this device, but it can transmit sound.

Pros: Works in either direction, HDMI source to DVI output or vice versa. Seems to be good quality. Picture looks great on my new 1080p TV from my computer! Since my TV supports it, I get a great 1920x1080 picture from my laptop and desktop. Incredibly great price.

Overall Review: Thankfully, due to the way DVI and HDMI (both digital) are wired, converting the two connectors is simple and requires no middle-man translation, just straight wiring. This allows for a great product at super low prices, and it allows for the conversion to go IN EITHER DIRECTION! A lot of people use this to connect an HDMI source (e.g., PS3) to a DVI output (e.g., computer monitor). I take it the other direction, hooking up my computer (DVI) to my 37" 1080p TV (through HDMI). Works like a charm and looks fantastic!

Pros: I've been using this adapter on my 22" LCD monitor + PS3 w/ HDMI cable for many months now. It has never caused a single issue for me yet. Works perfectly.

Pros: Fits perfectly. Nothing much to say except loss-less quality when converting DVI to HDMI for my 2408h (hdmi monitor).

Overall Review: Great price for what you need it to do.

Overall Review: I do wish Newegg would have some guidance about DVI-D and DVI-I connectors. I bought several different cables and adapters before researching what types DVI I needed! Over the years, I just bought DVI cables and hooked up the monitors. I never had an issue till I was trying to convert DVI to HDMI. I will just mark it up to a learning experience and never forget it!

Cons: Bought 2 and the thumb screws on both were slightly bent, making it a little difficult to tighten thoroughly, but eventually got it. As mentioned in other reviews, too wide to fight 2 side-by-side if you're using them on a dual-dvi video card (I'm not, so I didn't really care).

Overall Review: Great deal as long as you're not using 2 side-by-side on a dual-dvi card.

Pros: It just works and it's cheap. Only giving it 4 stars for one reason...

Cons: ...so many video cards, including mine, have the DVI ports so close together that two of these won't fit side by side. I ended up having to file the plastic off the ends that face each other to get them to fit onto the DVI ports.