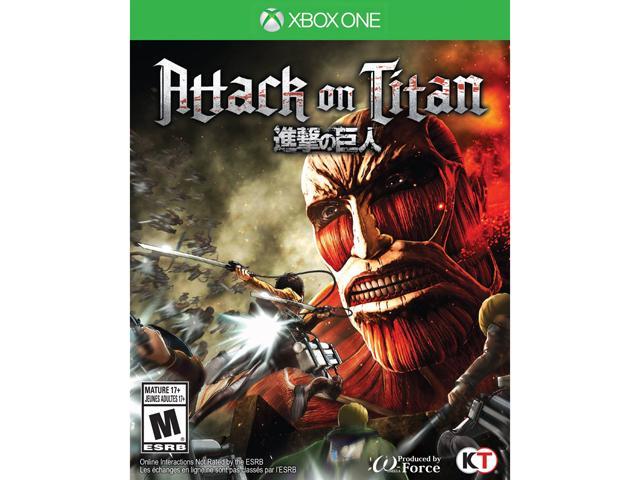 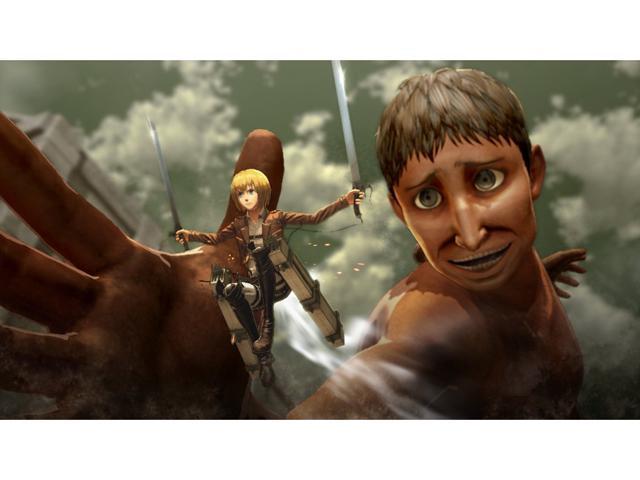 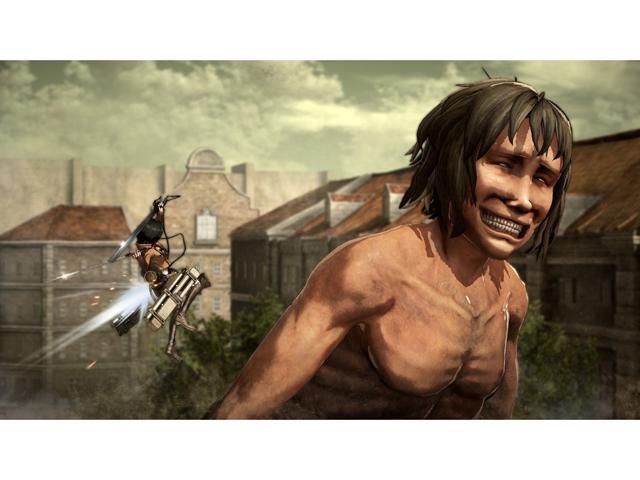 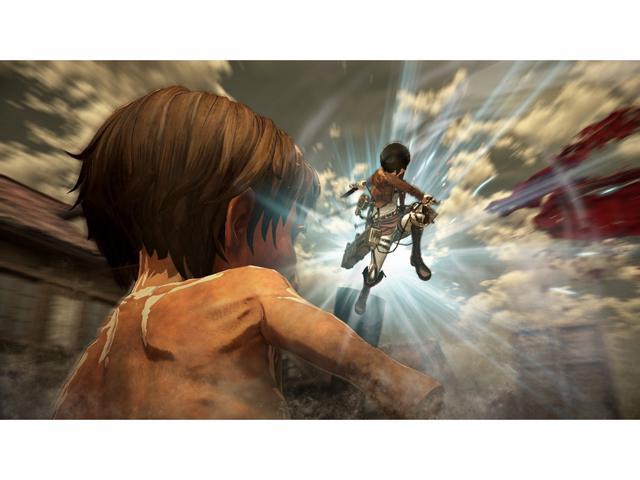 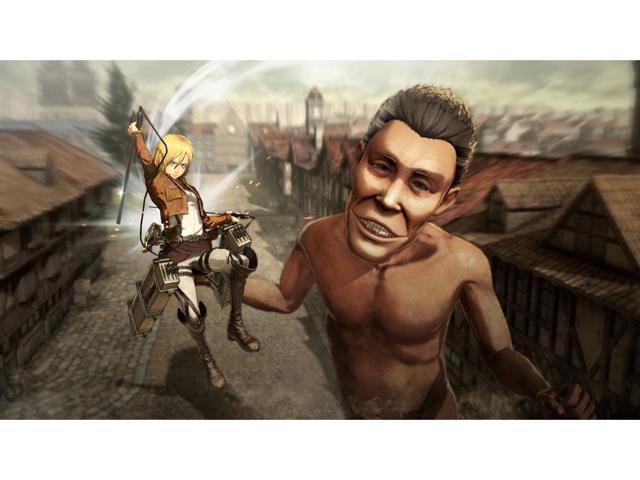 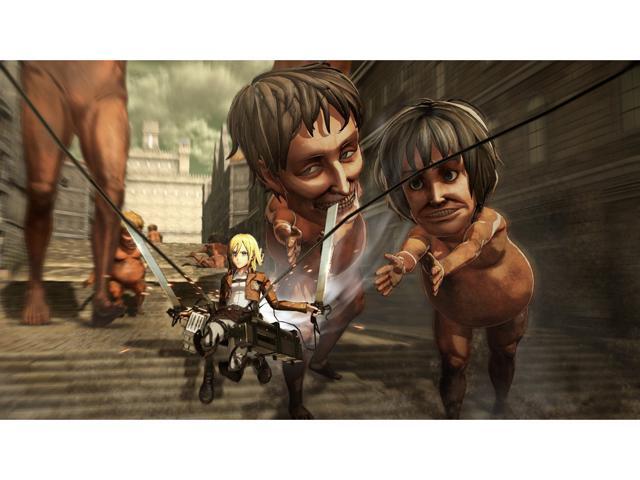 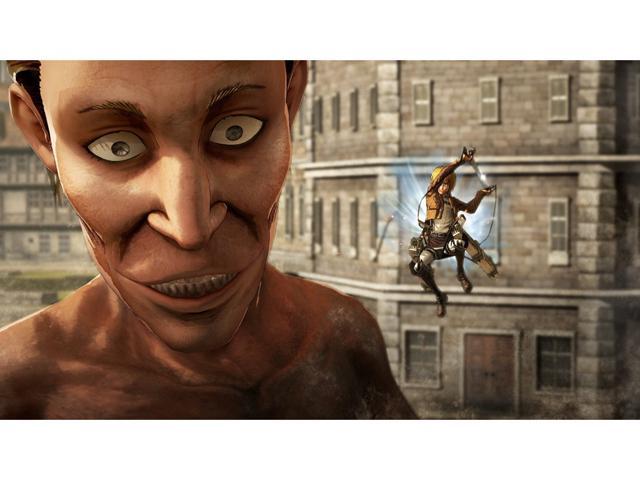 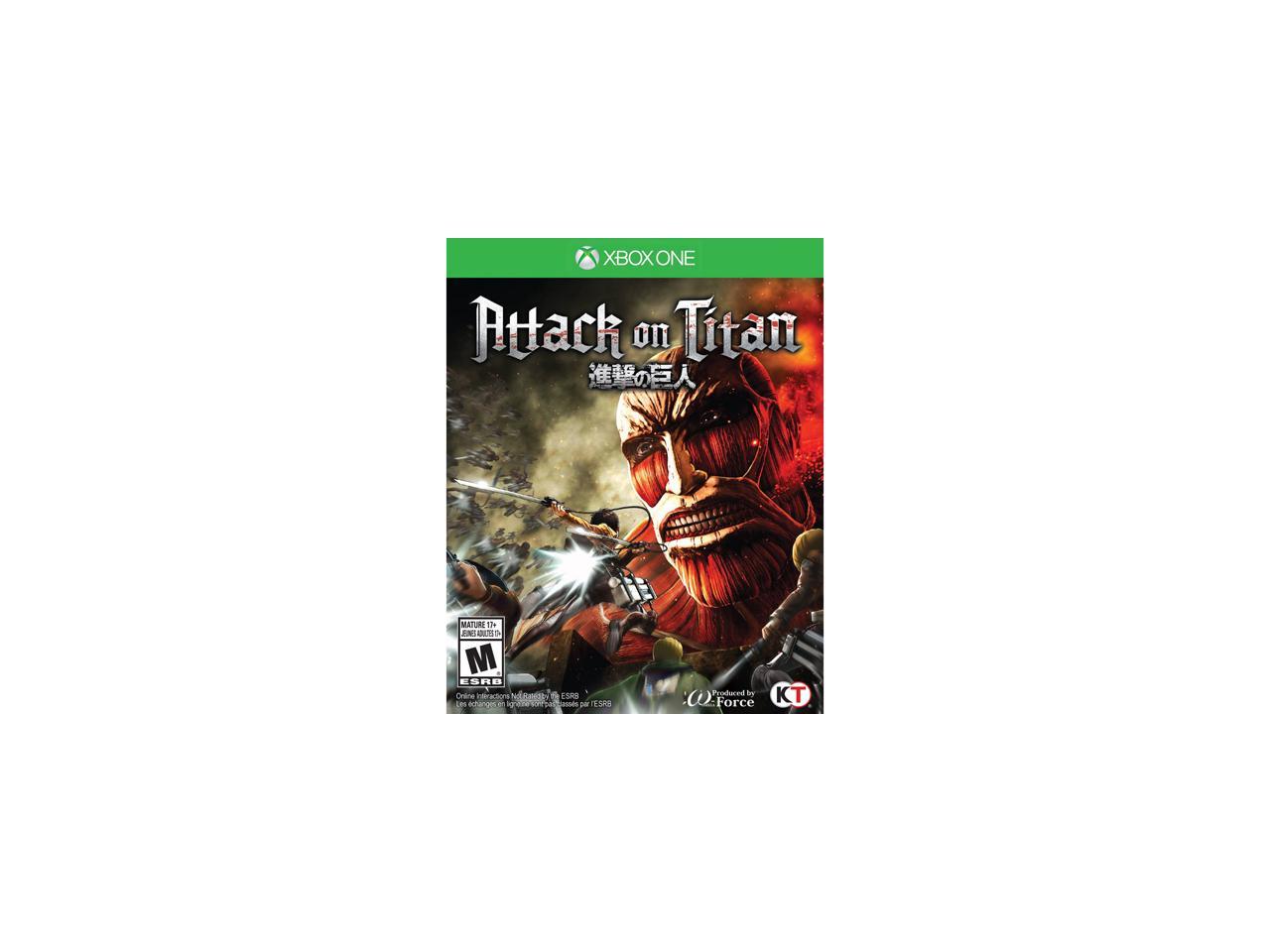 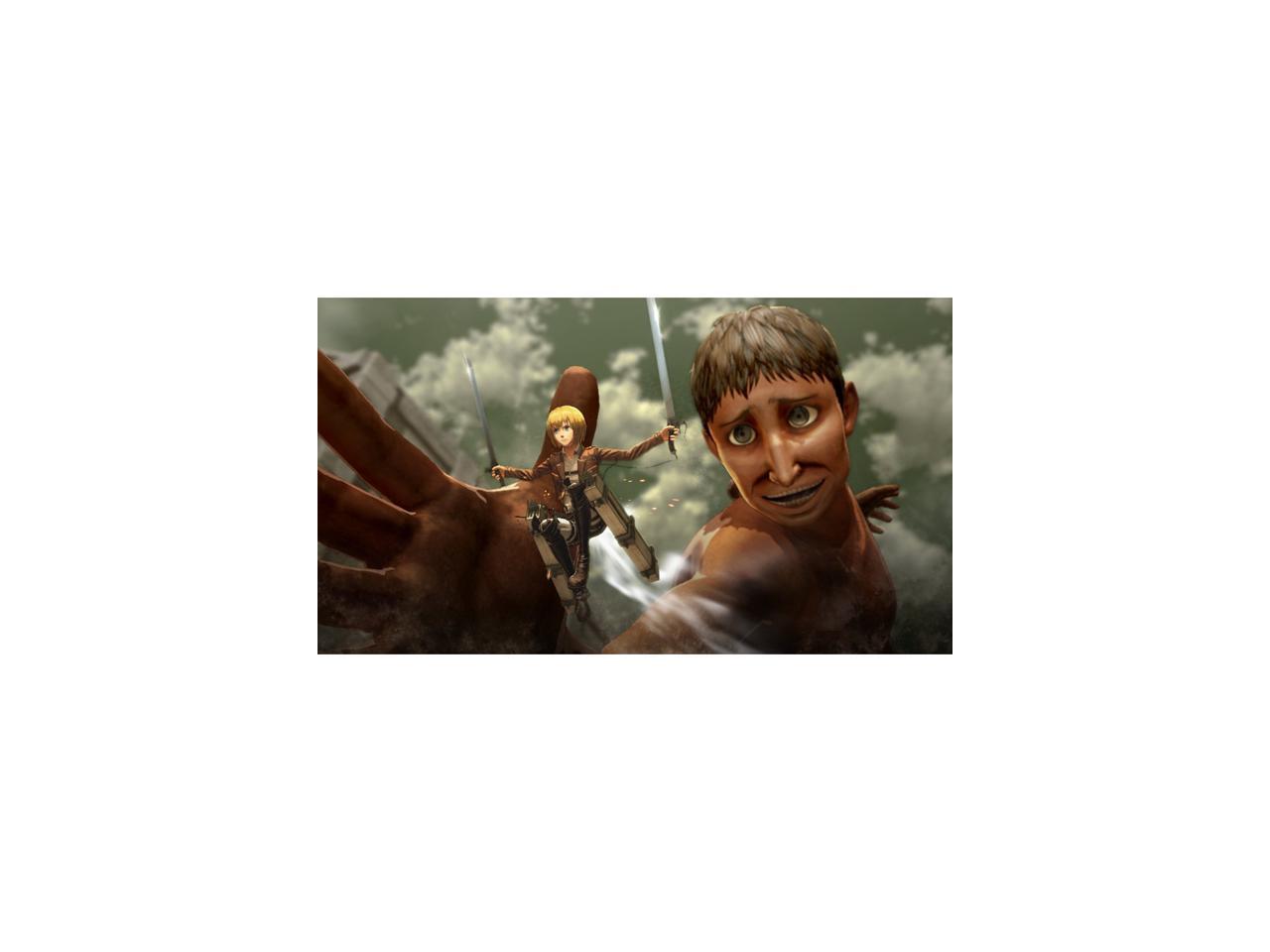 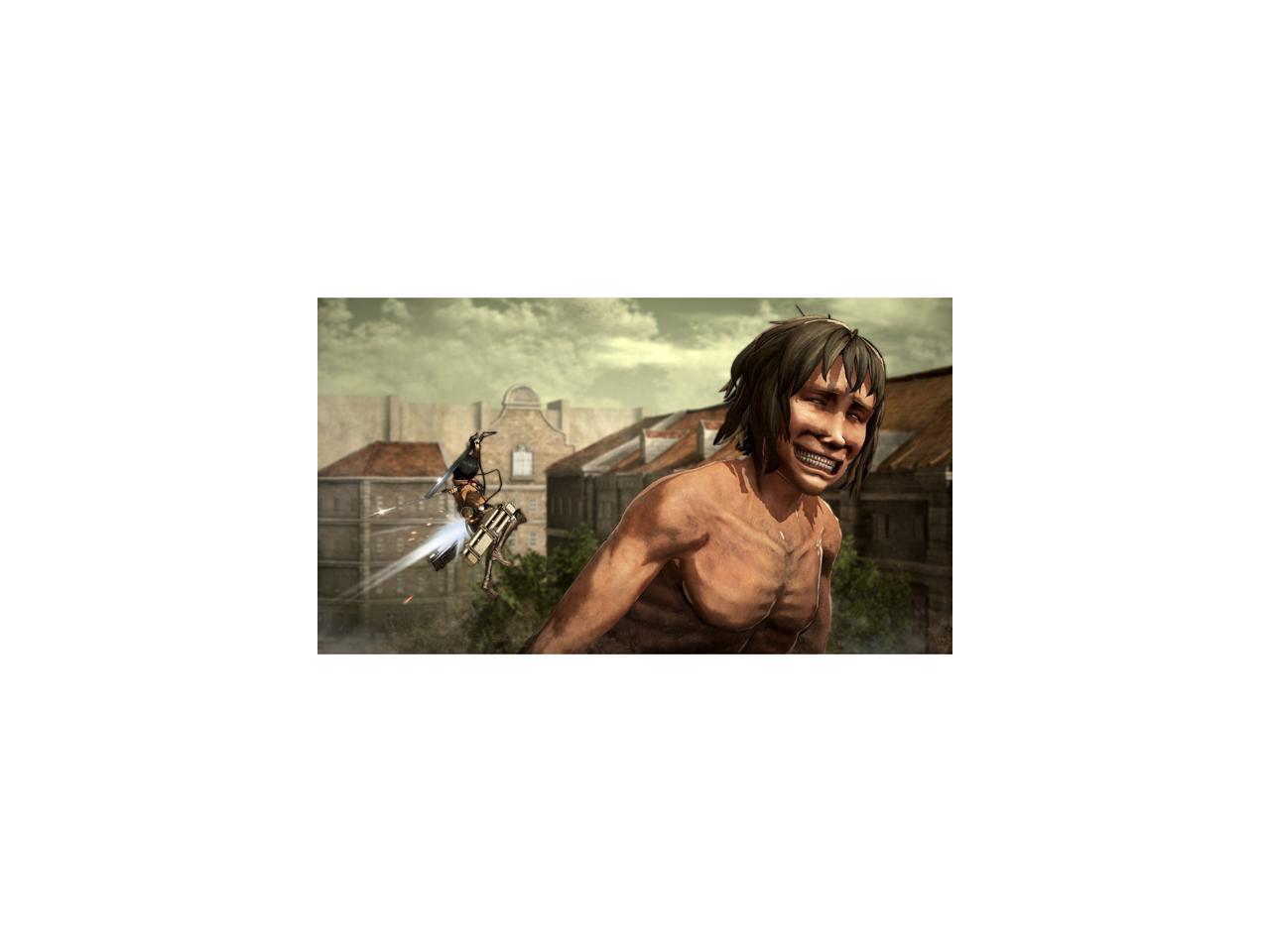 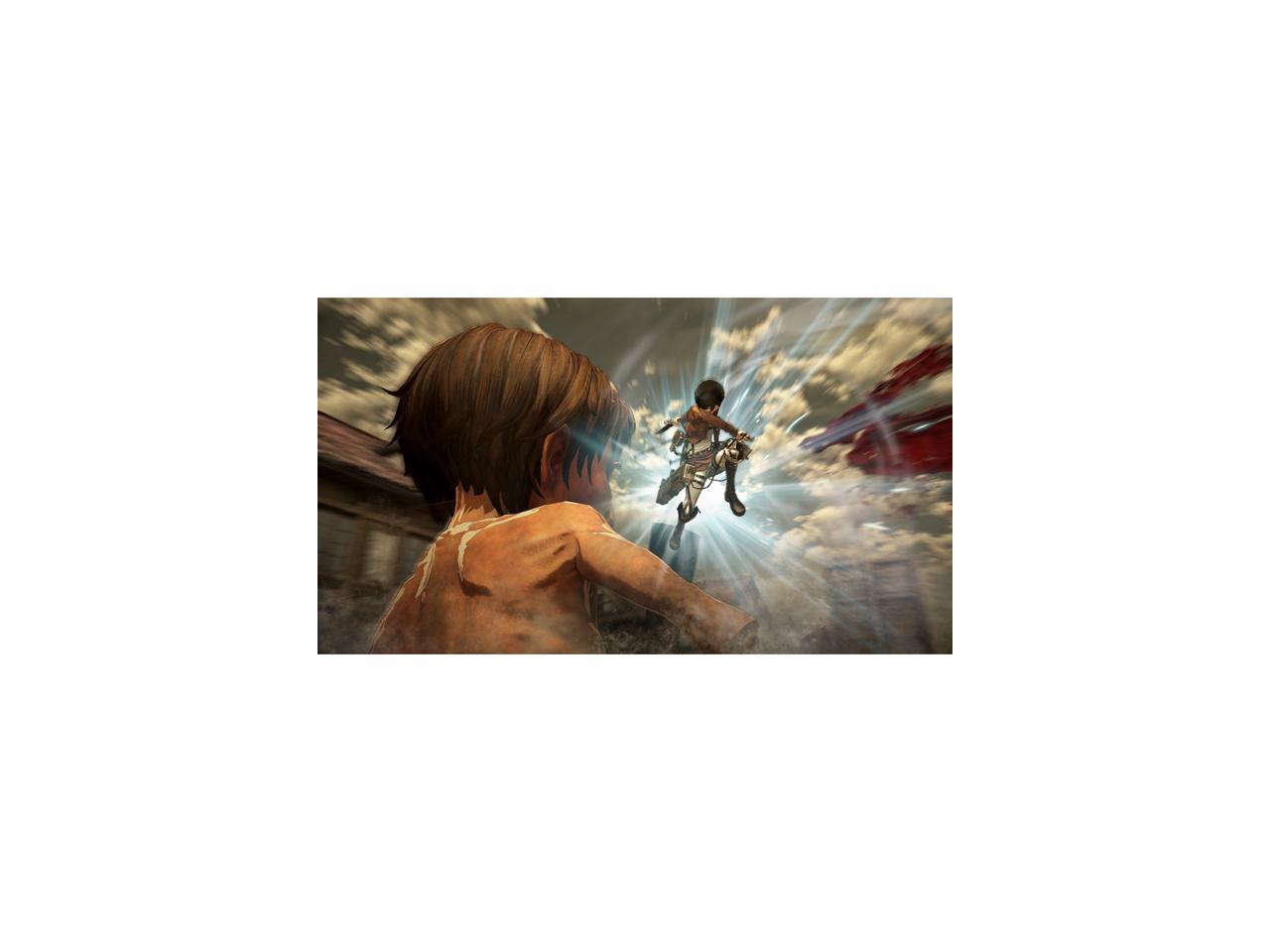 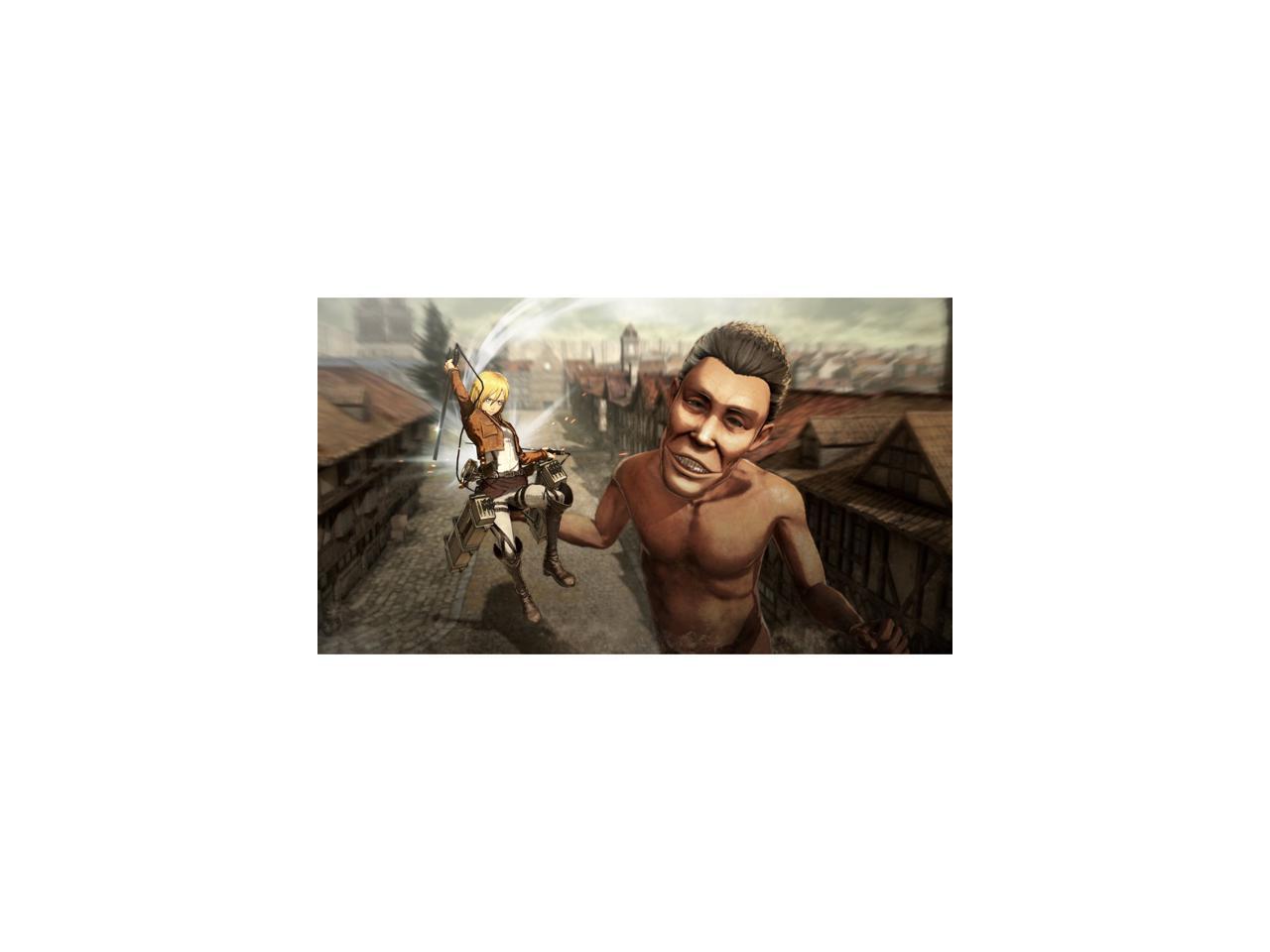 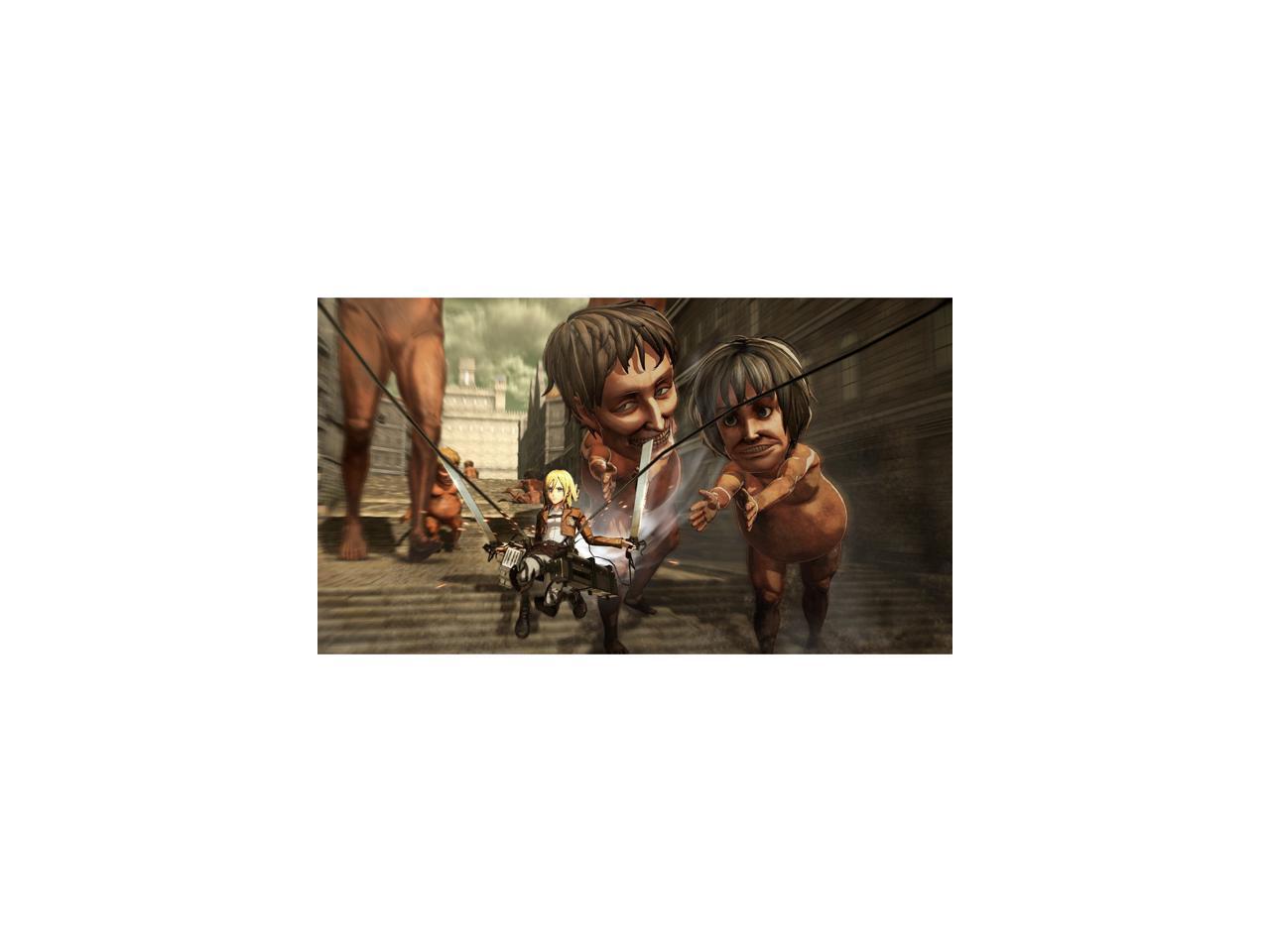 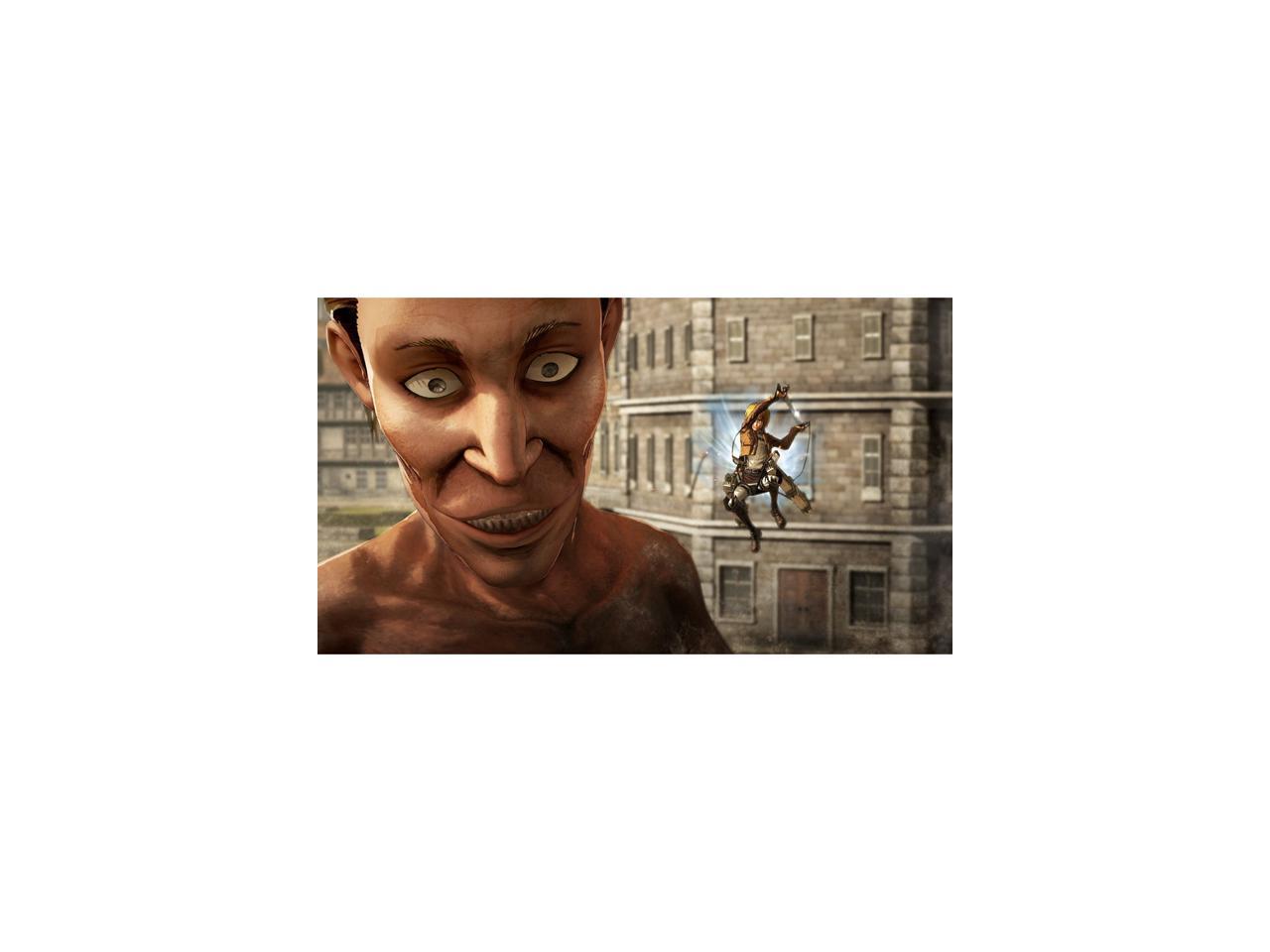 Attack on Titan - Xbox One Attack on Titan closely follows the riveting story line of the anime series' first season and focuses on the exploits of various key characters, putting the player in a position to relive the anime’s most shocking, courageous, and exhilarating moments. It revolves around the story of three young people who survive the destruction of their walled city district by enormous, man-eating Titans and eventually go on to join the Scout Regiment in order to protect humanity from this overpowering foe. Fight to the Death Against Massive Titans

Fight in a violent and relentless battlefield where the situation constantly changes from moment to moment. Every strategic decision you make will link directly to new and exciting action. A new breed of hunting action that combines a high level of tactical freedom with the thrill of taking on Titans alongside your comrades-in-arms! Using the "omni-directional mobility gear" created specifically for battle with Titans allows you to fly freely across and above the battlefield. Close in with Titans at high speed, weaken them by severing limbs such as arms or legs, and then sink your blade into the weak point at the nape of their neck! Battlefield Drama on an Epic Scale

It is the duty of the Scout Regiment, to which Eren belongs, to travel beyond the Wall and expand the territories of mankind. Experience exciting drama unfolding across a battlefield that changes in real-time. The destruction of buildings when fighting in the town will also change the range of actions available to you. "Custom Toon Shader" - the latest graphical fusion of anime and game styles that uses physical rendering brings the rich Attack on Titan world to glorious life! Eren, Mikasa and all your other favorite characters can move freely across vast areas. Based on the storyline from the animated series, experience Attack on Titan like never before!

Learn more about the Attack on Titan

Customer Reviews of Attack on Titan