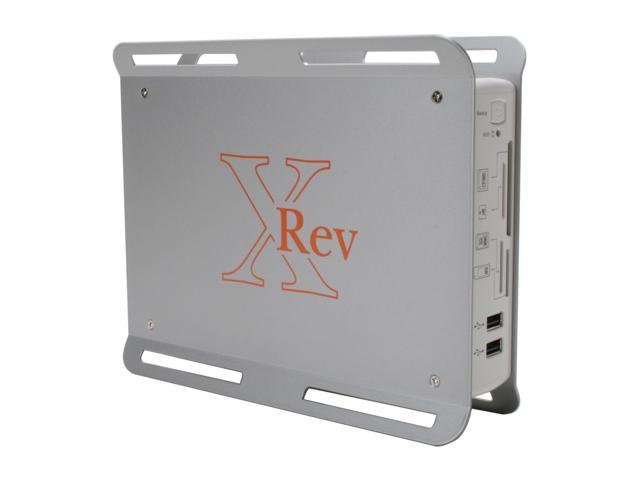 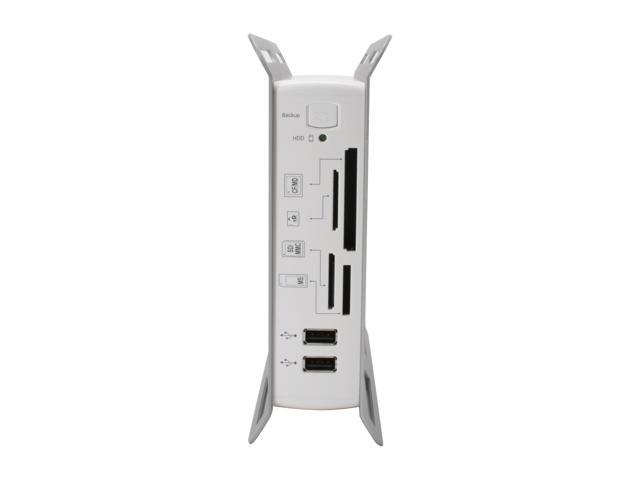 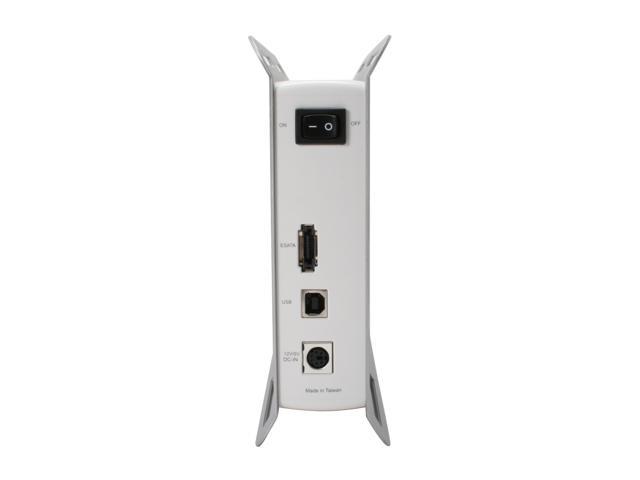 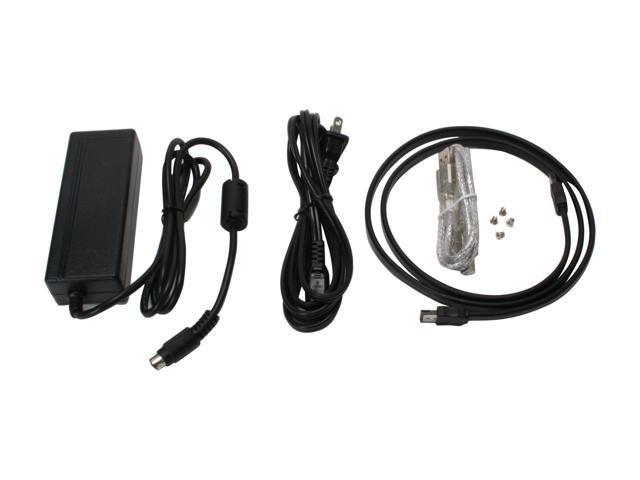 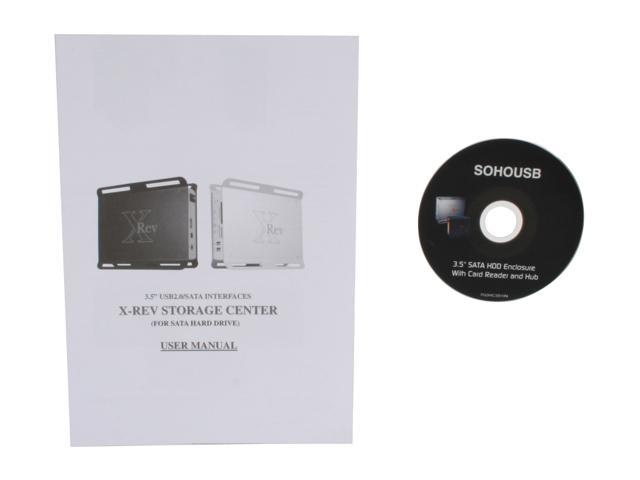 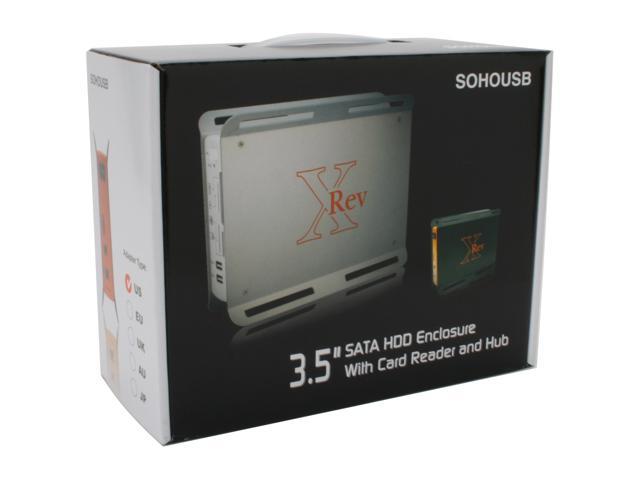 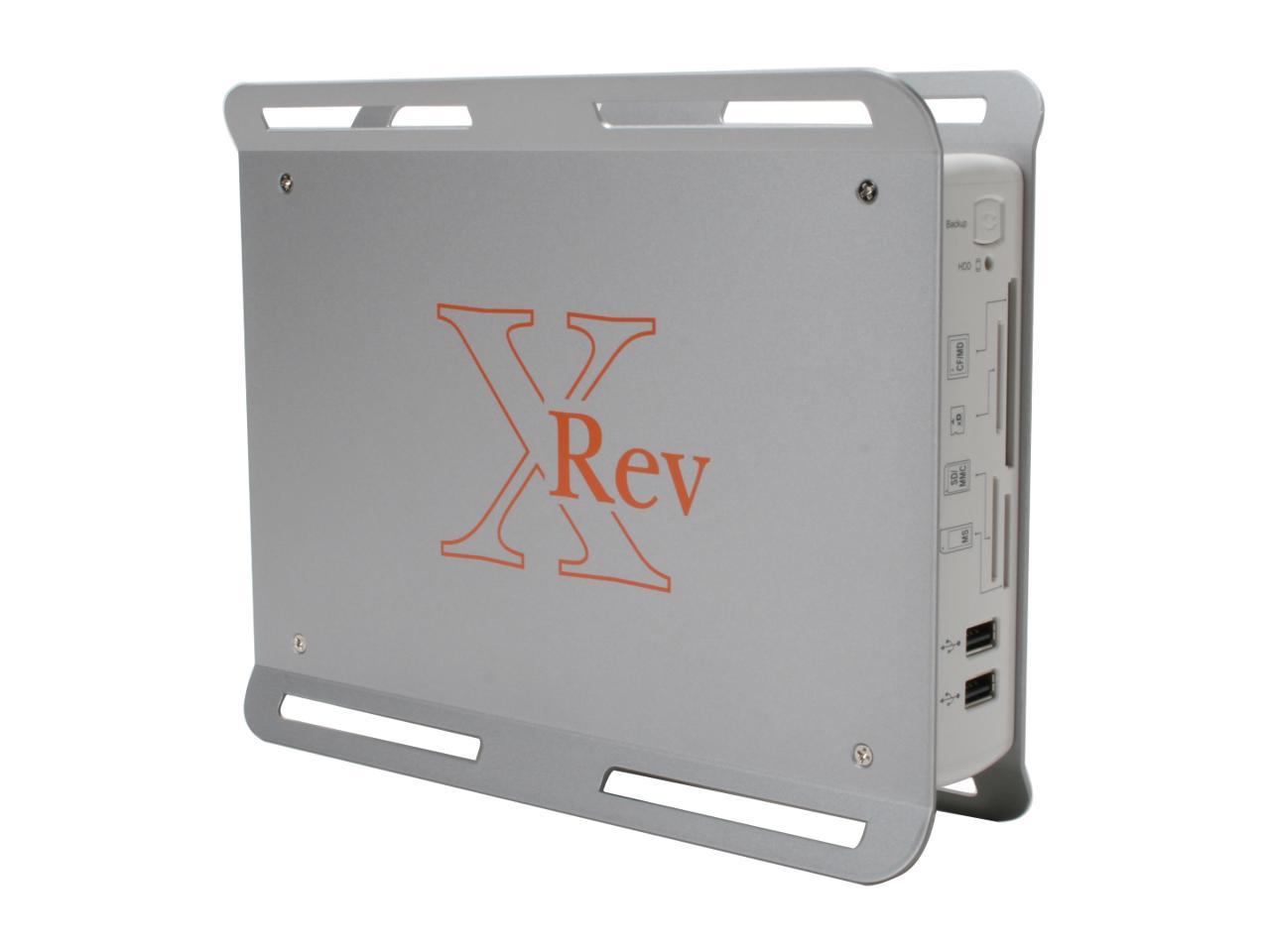 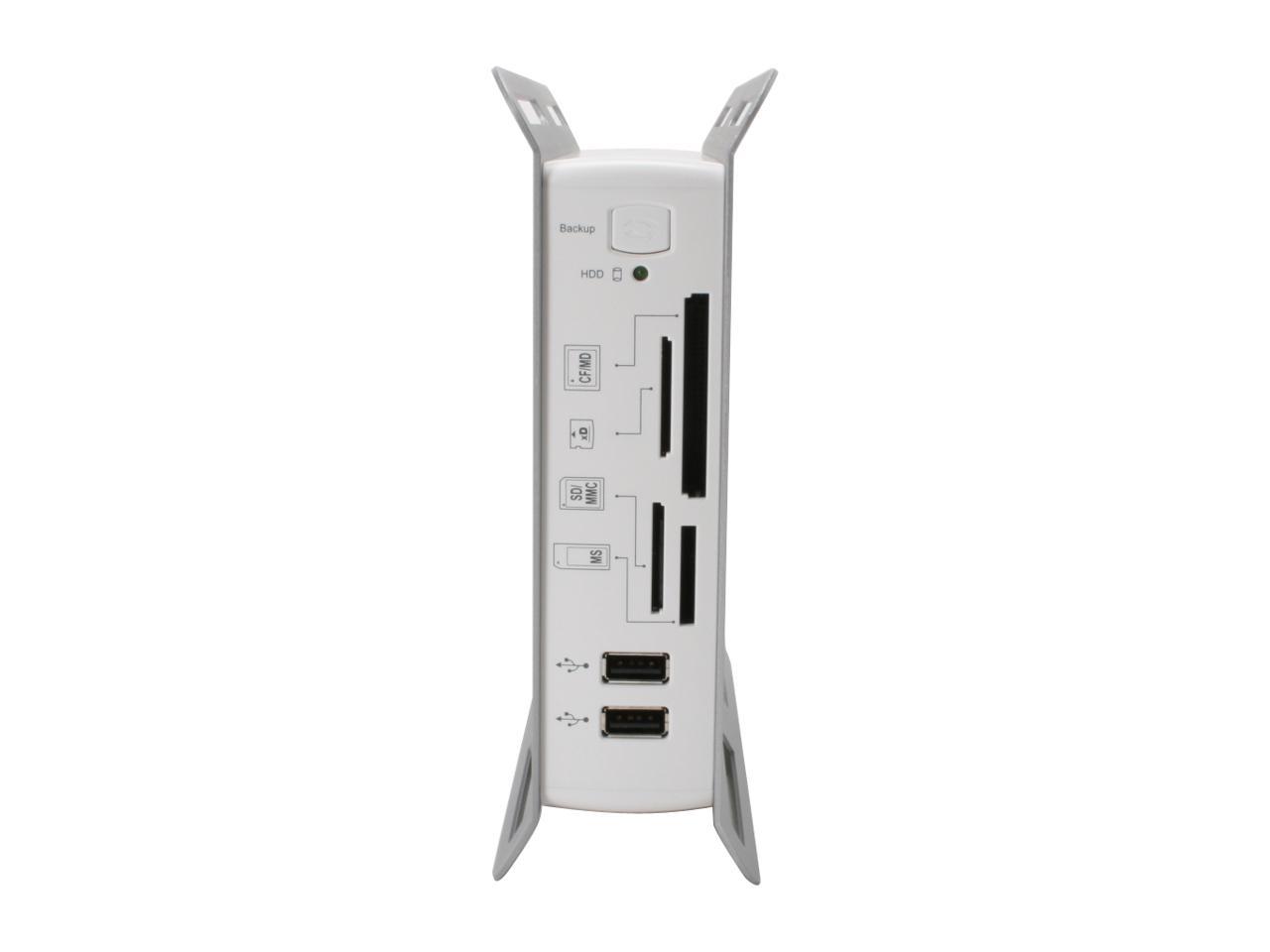 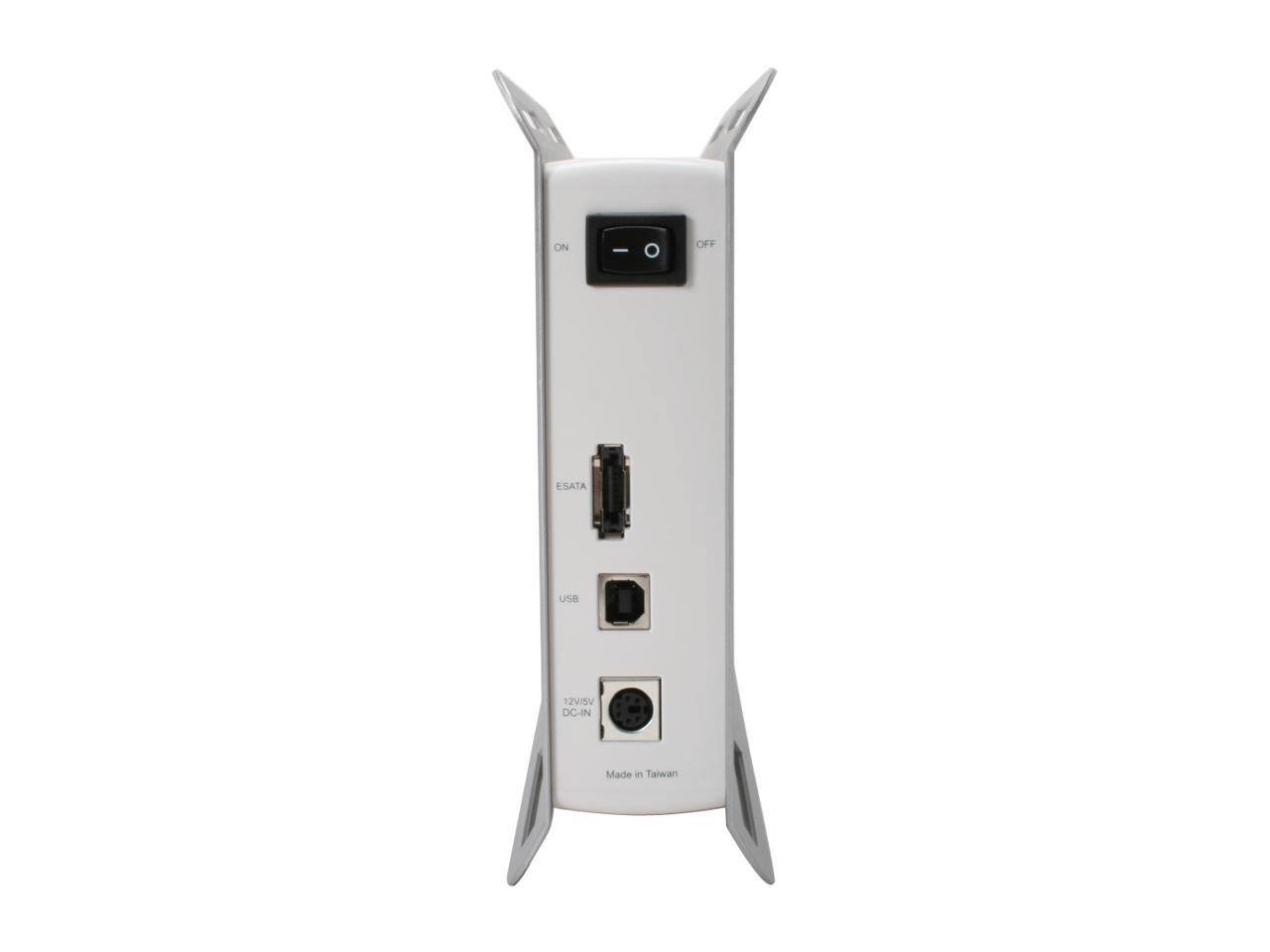 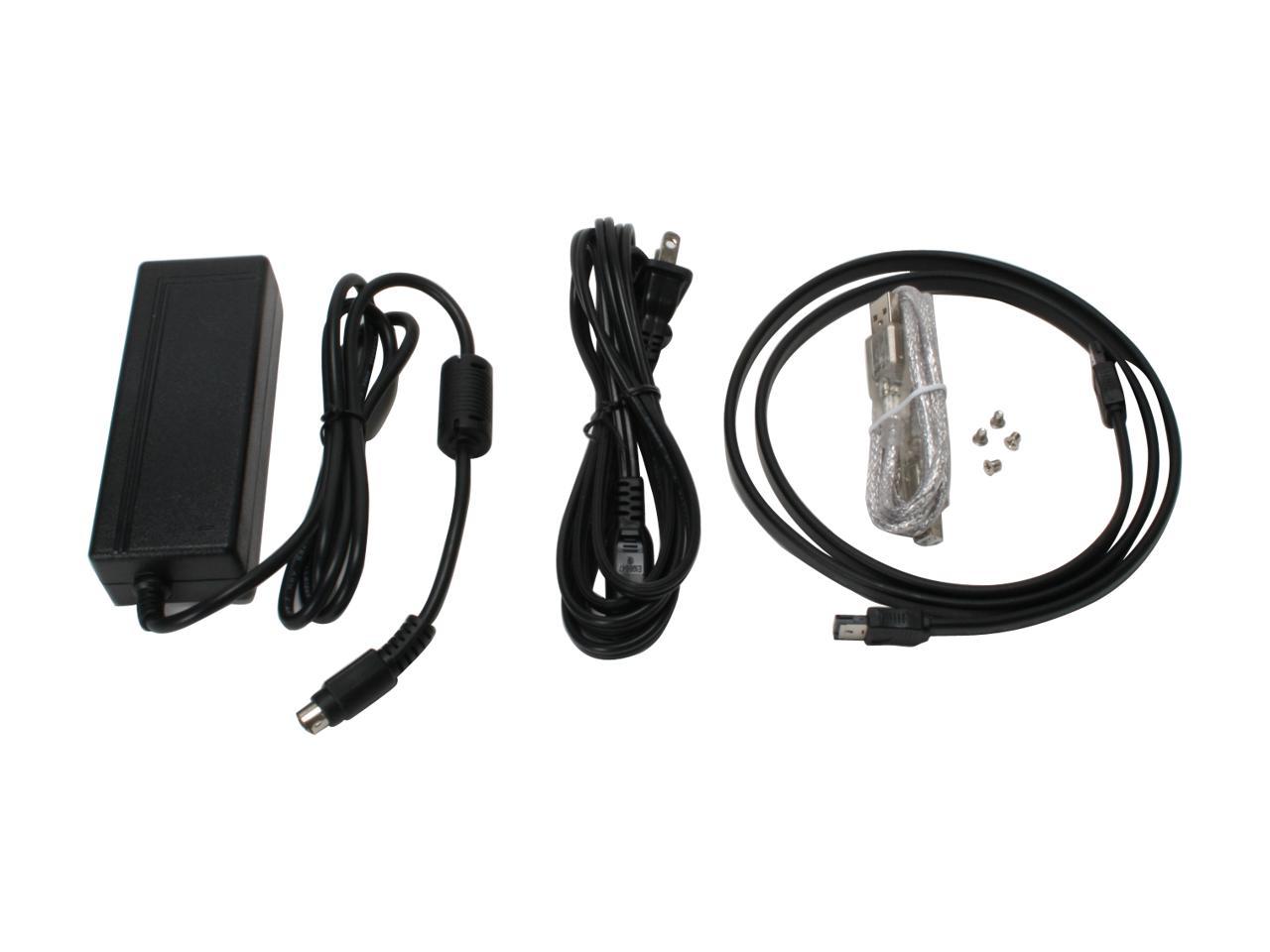 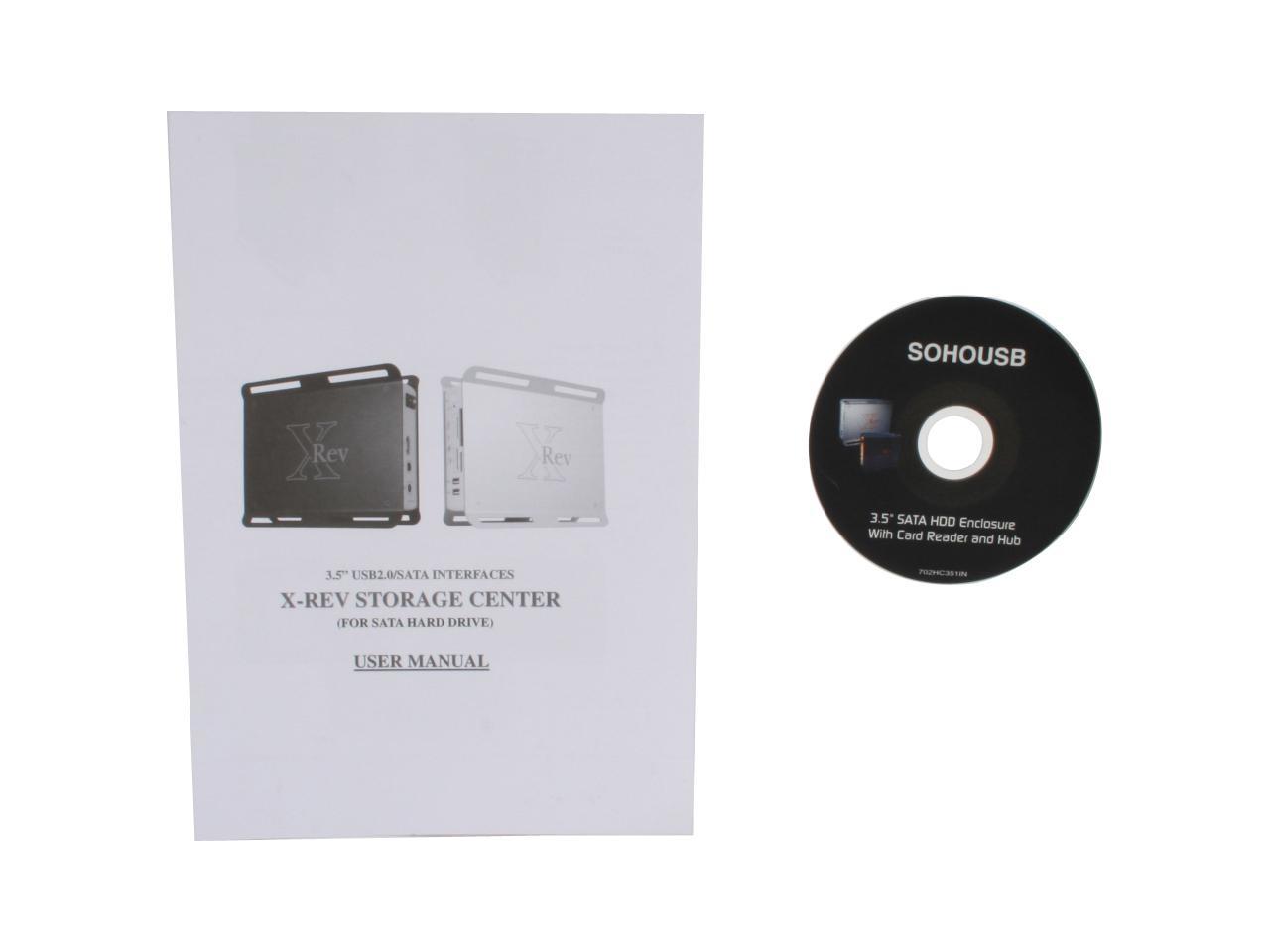 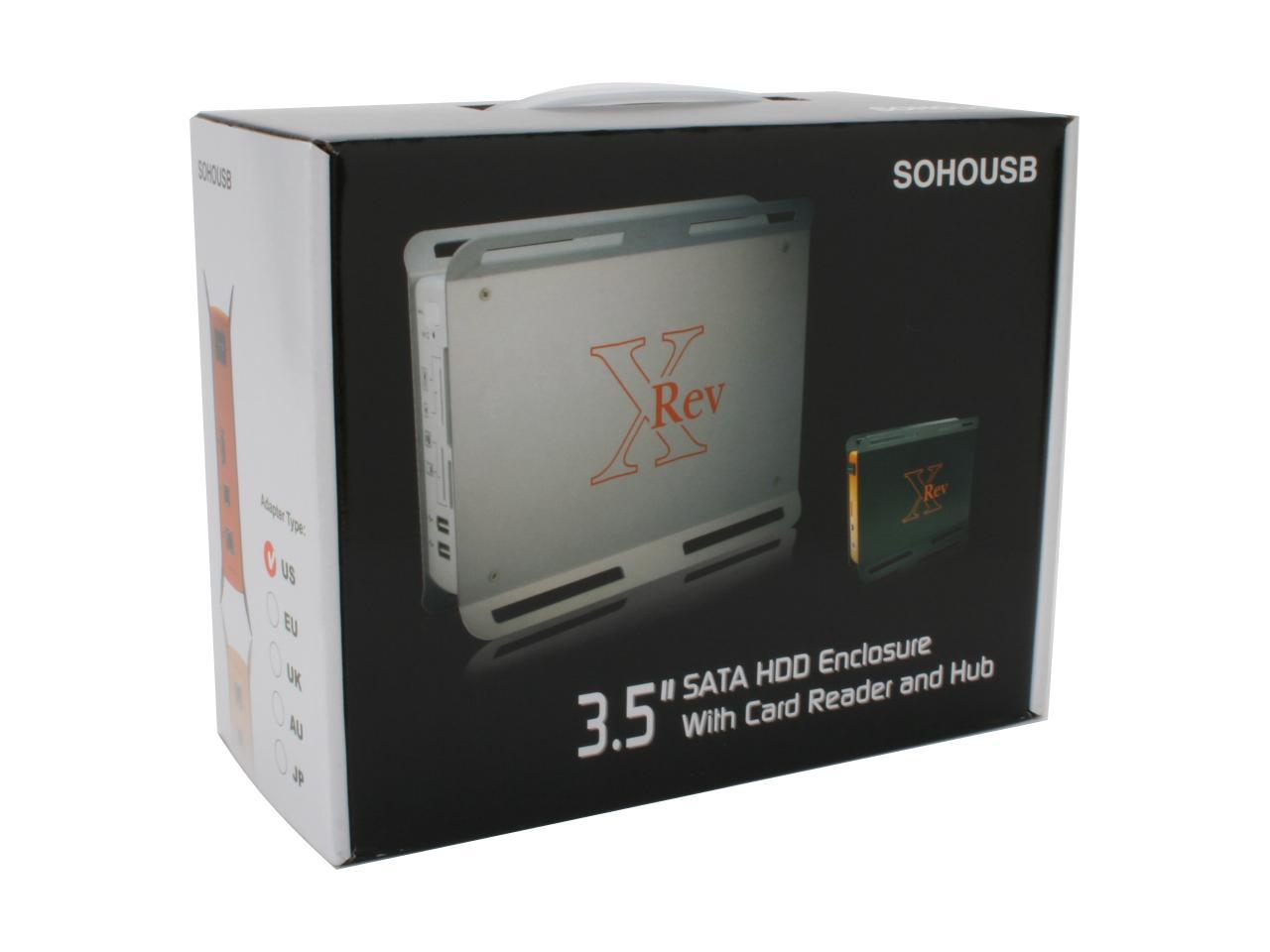 Cons: Not Mac compatible. I tried 2 drives in the enclosure. Both drives were plagued with i/o errors in the inclosure and were unusable for back up (Time machine or Superduper), but they work flawlessly with another enclosure. The USB ports are not powered (won't charge my iPod).

Overall Review: The Mac driver on Koutech's website is 4+ years old and will not install on Leopard. Koutech has yet to respond to my tech support enquiries.

Cons: This is one of the most dissappointing products I have ever bought. It says mac compatible with the USB 2.0 port, that isn't true. I was unable to successfully format a drive with it using the USB or eSATA ports. Nothing but I/O errors. Figured it was a bad drive, so I went and bought another drive. Same thing. So I connect the SATA bus from my mac directly to the drive, suddenly the drive formats and works great. As someone else mentioned, the USB ports only power small things.

Pros: I needed to replace my aging (and kinda small) external HD, but I also wanted something with memory card and USB ports (might get a Macbook at some point, and seeing as they never have memory card ports, this makes sense). I almost didn't buy this because of other reviews saying that the USB ports are unpowered, but I found another professional reviewer on MacLife saying that they are; plus, this is the only SATA HD enclosure that I could find with memory card ports, so I figured I would give it a shot. First thing I did after it arrived, check the USB ports. Lo and behold, they are POWERED! =) I'm pretty sure about this, since it powered a bunch of devices without my computer even on. It doesn't power everything under the sun just by itself (powering another USB hard drive on top of another hard drive enclosure through it's USB port just seems redundant to me anyways), but it's more than adequate for most small devices like flash drives and iPods.

Cons: I don't know why, but the USB ports were installed upside-down (i.e. if you plug a cord in, you don't see the little USB symbol on the cord, you see the other side, which isn't as pretty). Doesn't hamper performance at all, but it's weird and kind of annoying for my flash drives that usually have their status lights on what is usually 'the top'. Also, the big bright blue light on the bottom is bothersome when I'm trying to go to sleep at night. Of course, for most people this is easily remedied by turning the drive 'off' once in a while (I have mine in a network drive setting though, and my computers complain a lot if I turn the drive off, so I just put a piece of paper in front of the drive at night).

Overall Review: Still works great, much faster than my old hard drive and it's enclosure. Supers.

Pros: eSATA + USB = win. I'm able to experience fantastic SATA speeds on my own system, while still being able to use it on our two laptops and my fiancée's computer, none of which have eSATA.

Overall Review: With my motherboard, I had to install the eSATA RAID drivers in vista before it would be recognized. I don't know if that's common, but it took me a little bit to figure it out.

Overall Review: This is an addendum to my previous review. I finally got through to tech support. They recognised it as a defective I/O controller and offered an exchange, but they never followed up with actually getting me an RMA. Newegg exchanged it for me since I was within the "return for replacement" period, and the replacement unit works great. So I suspect there's a batch of units out there with a deffective I/O controller.

Pros: Seems to work as advertised. Installation was very easy.

Cons: USB ports are not powered, what's the point. This thing has a A/C adapter so there's no excuse for the USB ports not being powered. I tried to plug in a 2.5" drive and it doesn't even put out enough power to spin the drive. My laptop will spin the drive when running on battery. Also, the fins look really nice but make the drive a lot bulkier than it has to be.

Overall Review: The enclosure gets fairly warm with a Hitachi 1TB drive in it. Drive failed before format completed but I don't think it was just because of the enclosure. I ran the drive totally exposed after failure and it still got very hot. Ordered an enclosure with a big fan for my next attempt just in case.

Pros: Product does exactly as described. Very low noise. Didn't even need the driver disk that came with it for XP. I have heard of external card readers not recognizing more than 1gb in size, but this one read my 2gb flash card just fine.

Cons: A little bigger than I thought it would be. The body is orange instead of maroon (im an aggie)

Overall Review: If you need an external hard drive, a usb hub, and a multi-flash card reader for your computer, this is THE device to have!