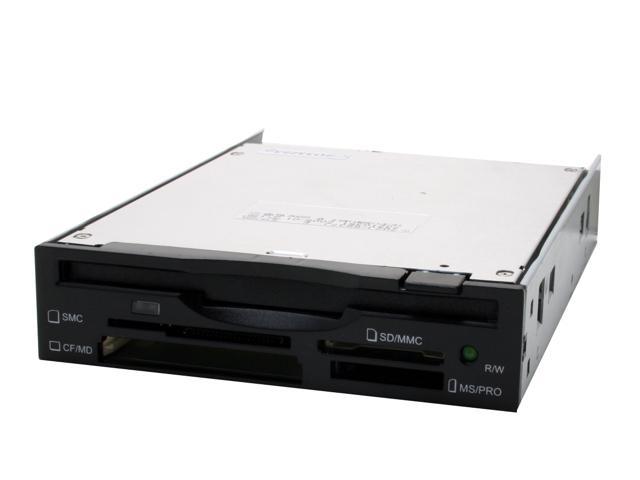 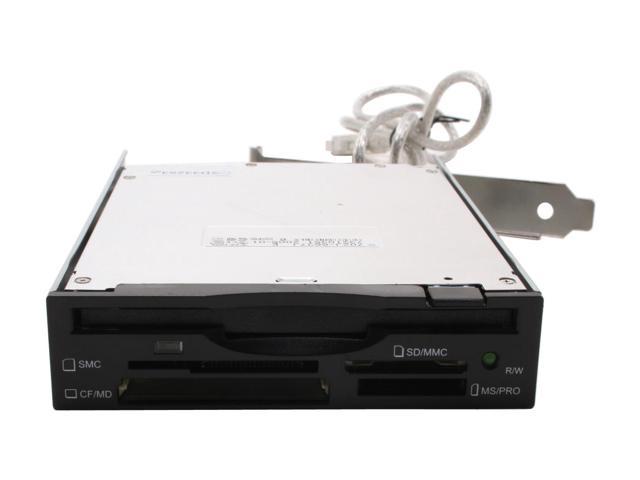 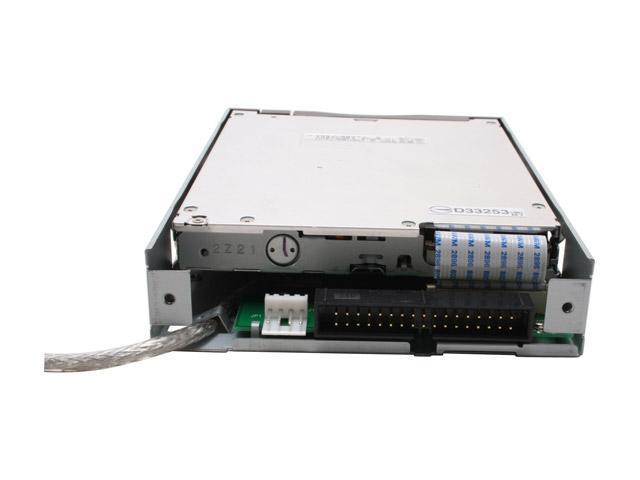 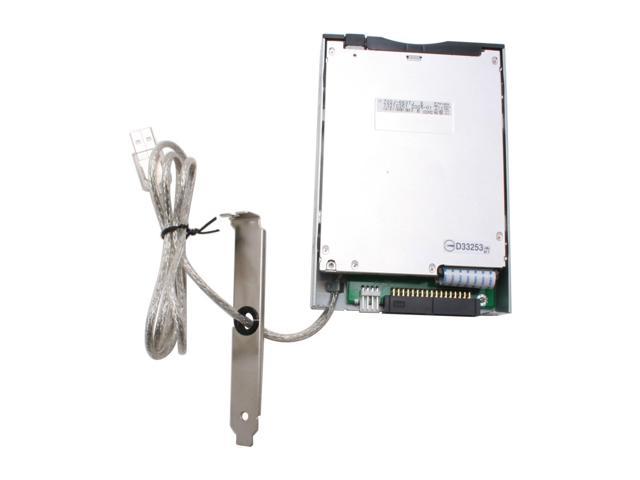 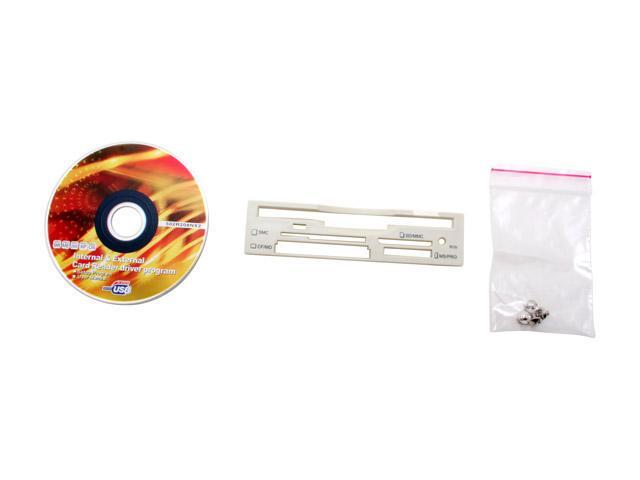 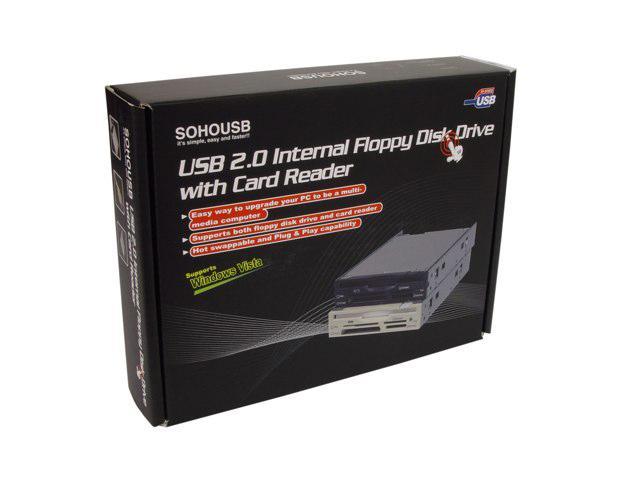 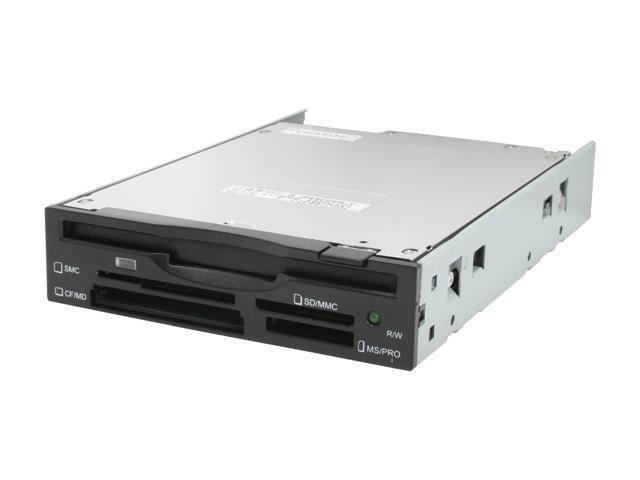 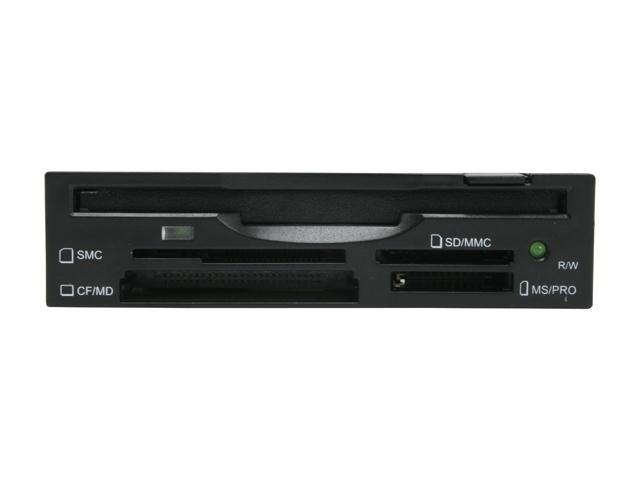 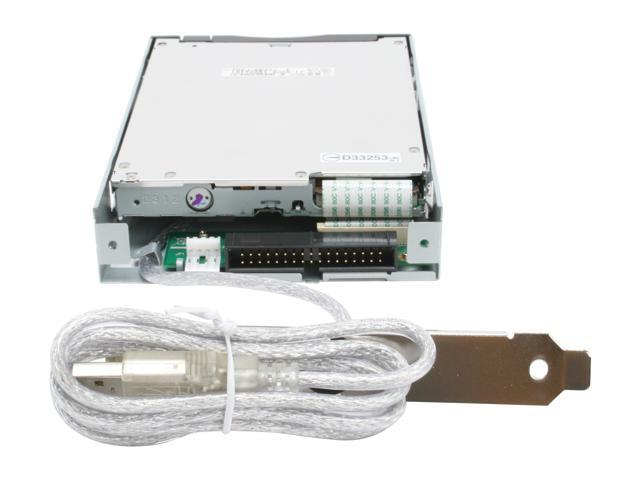 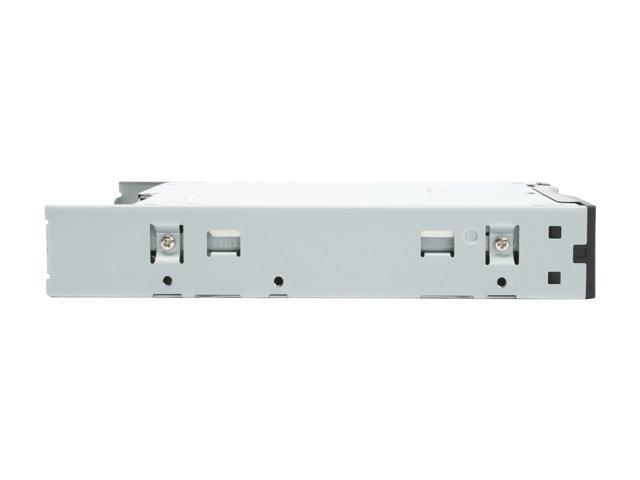 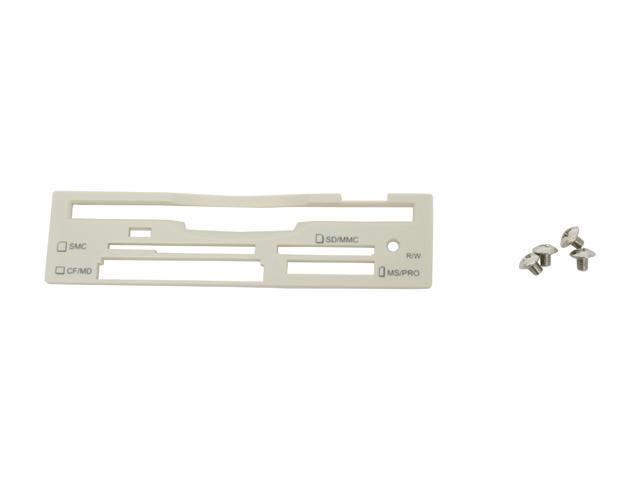 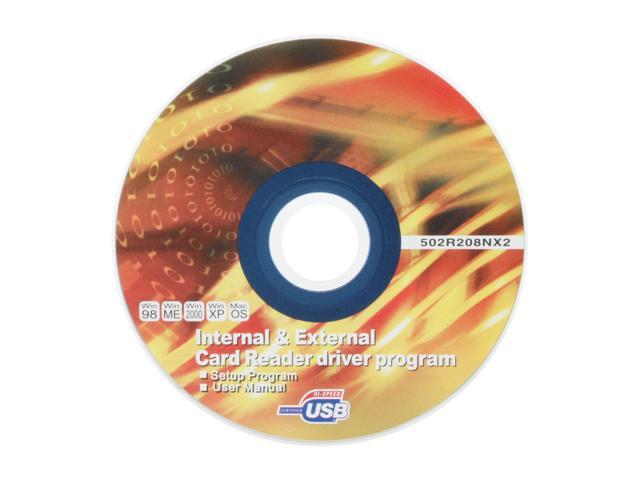 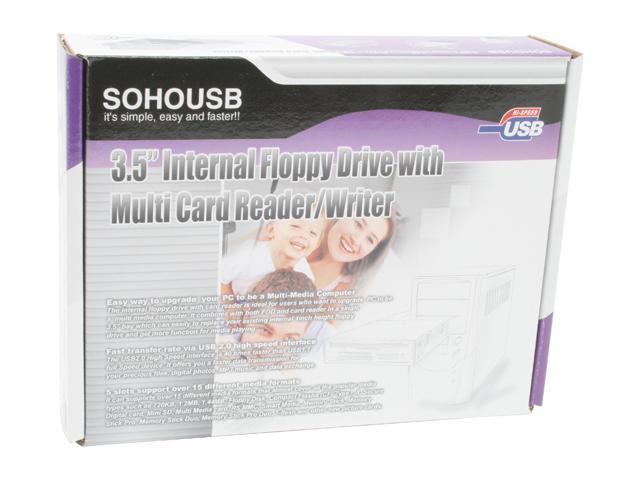 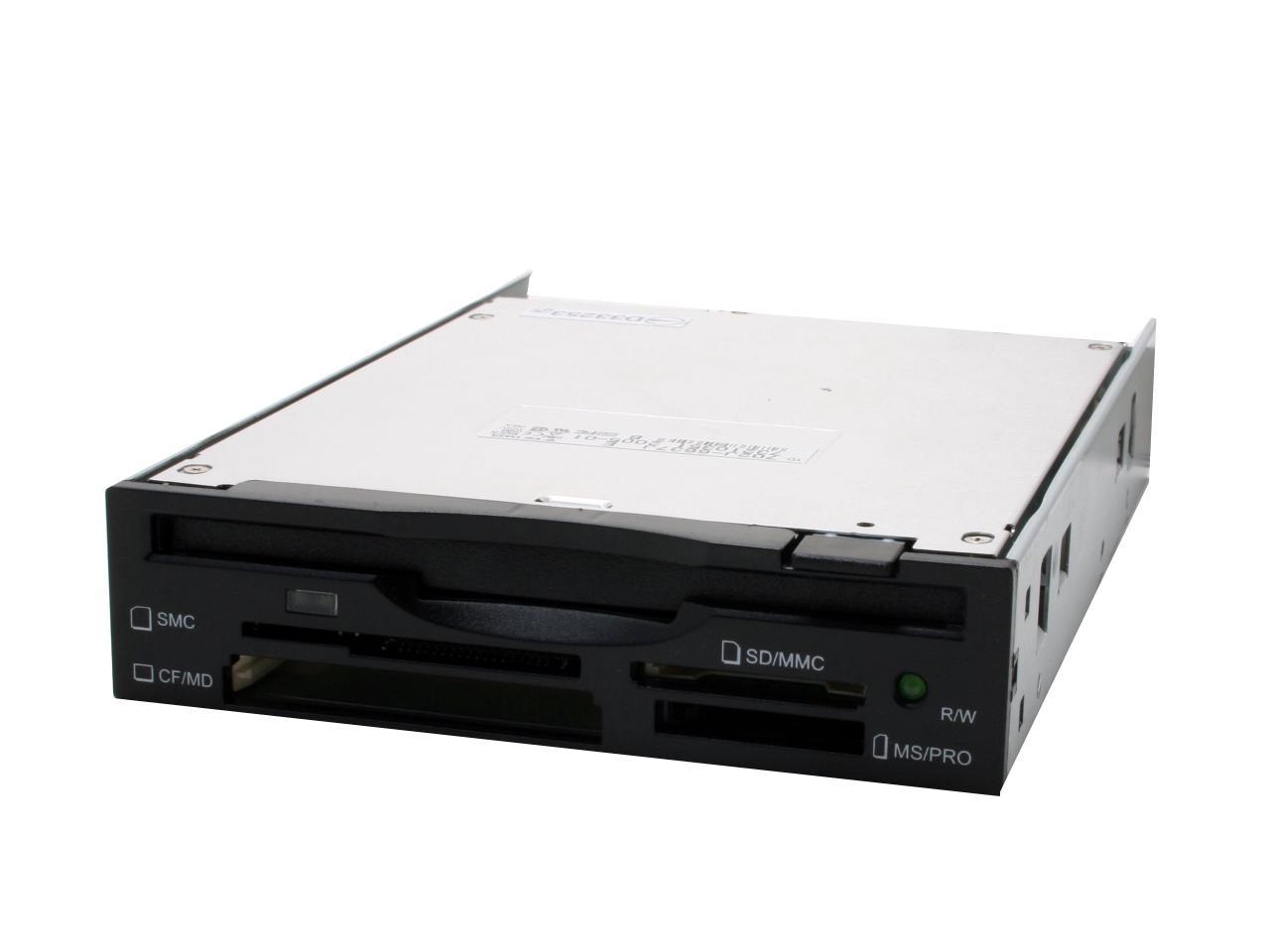 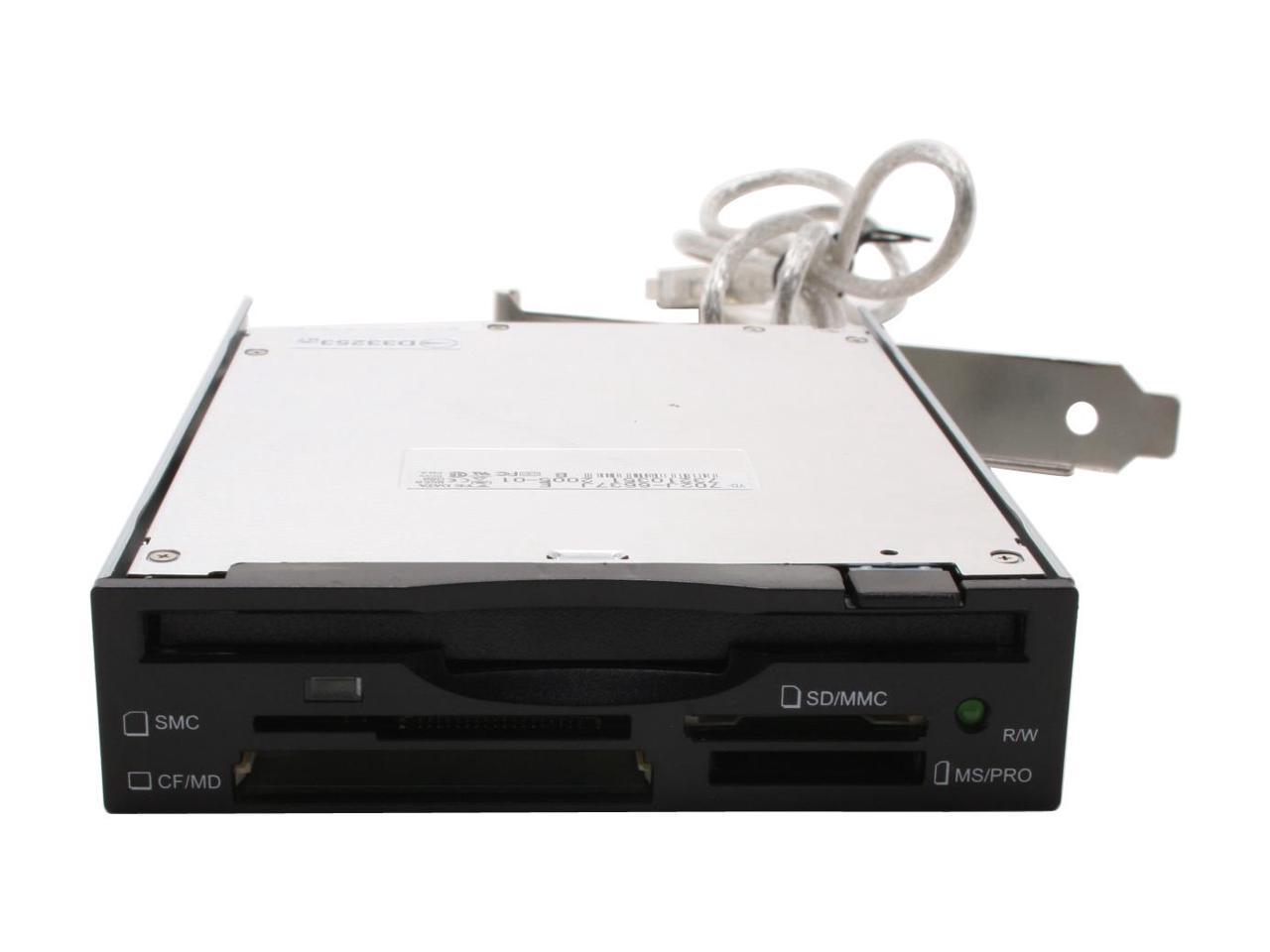 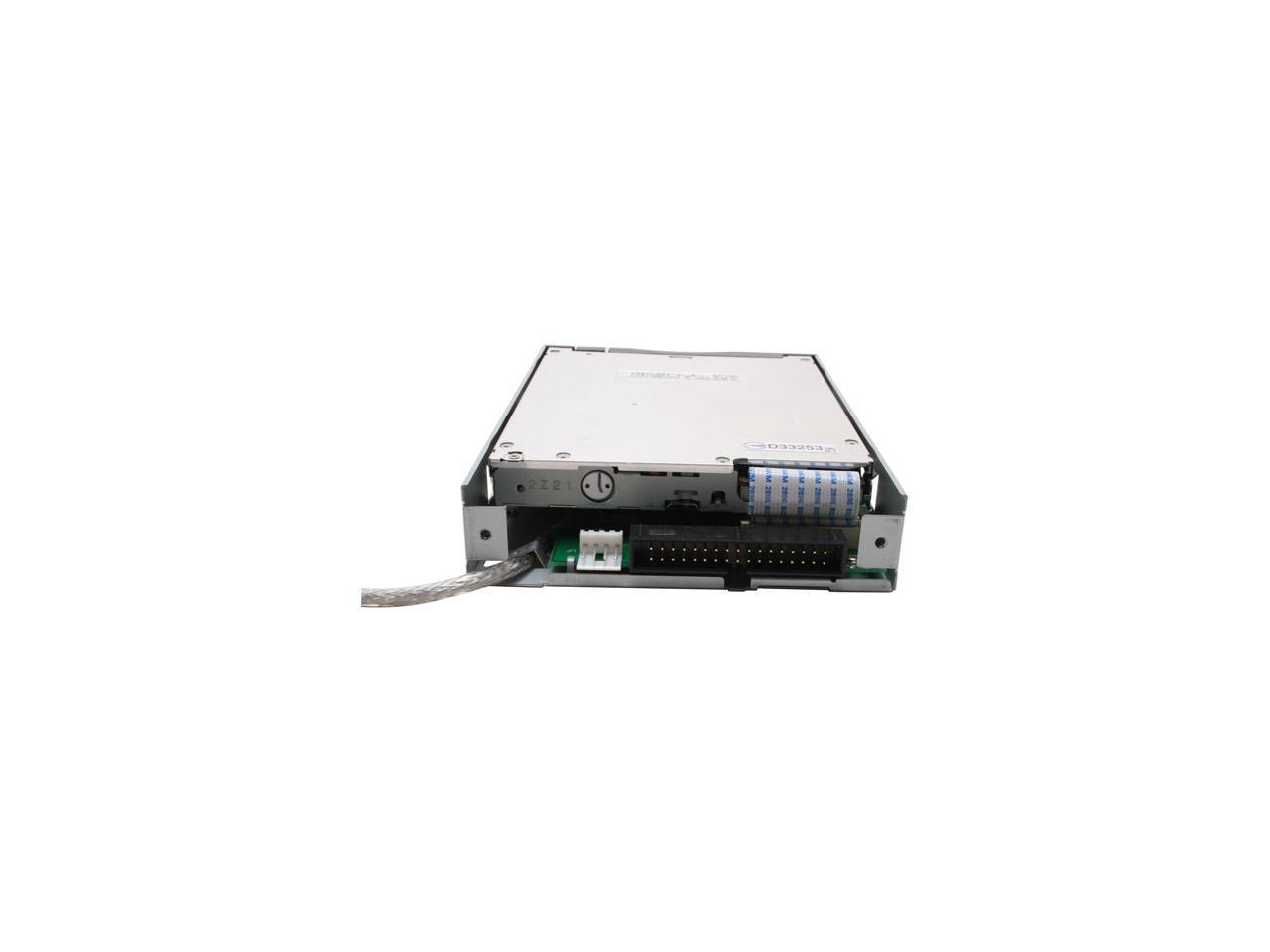 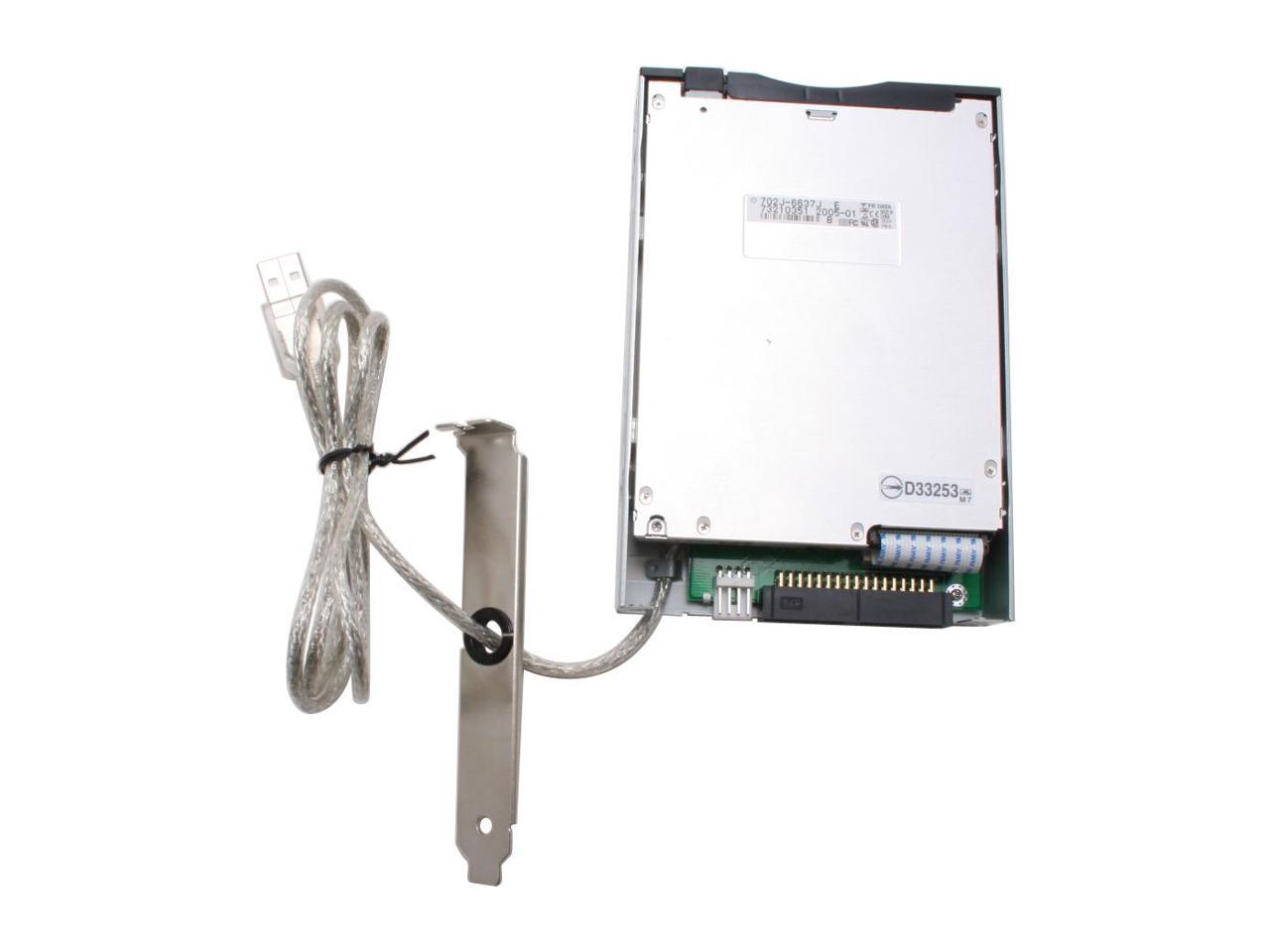 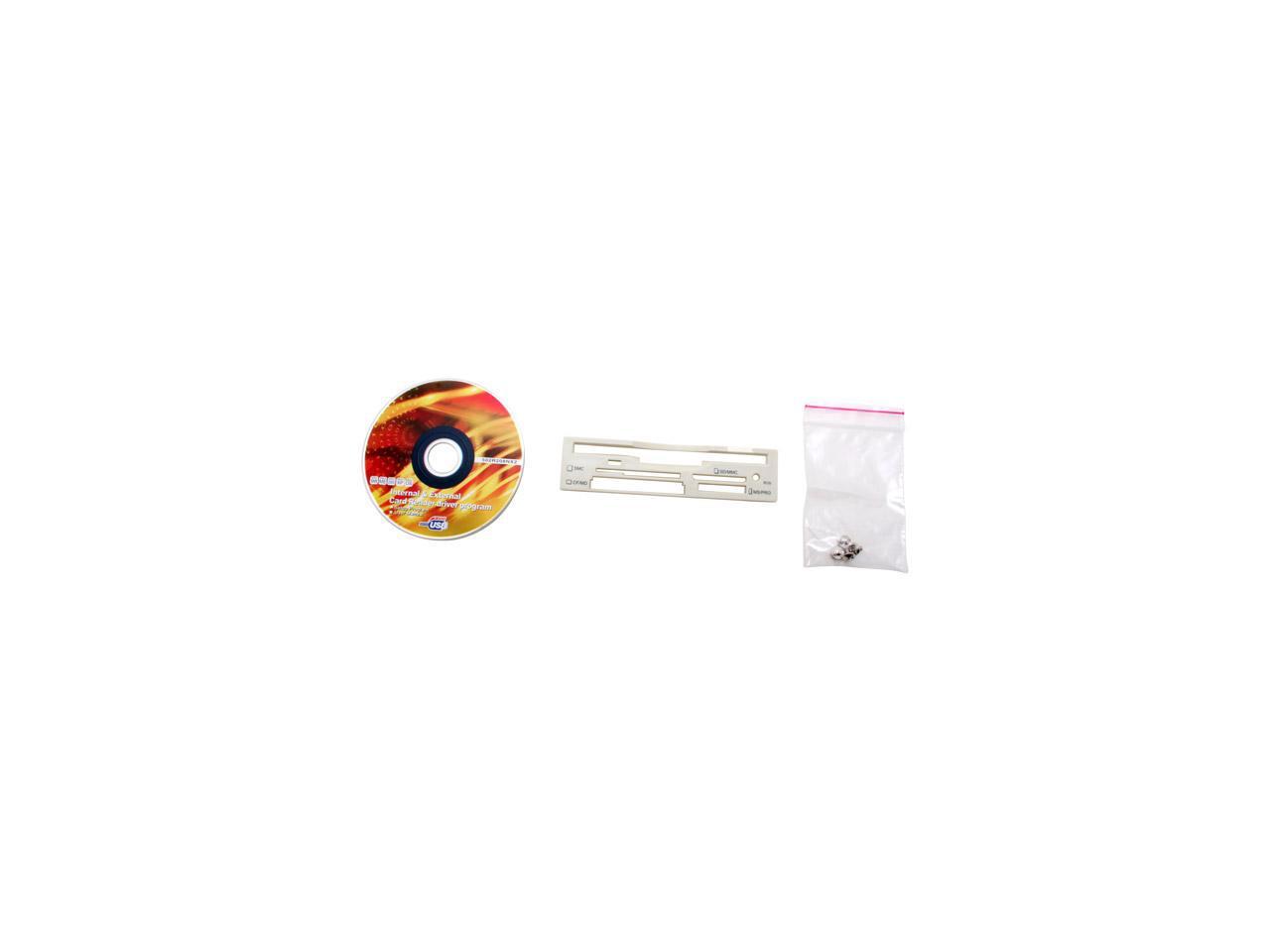 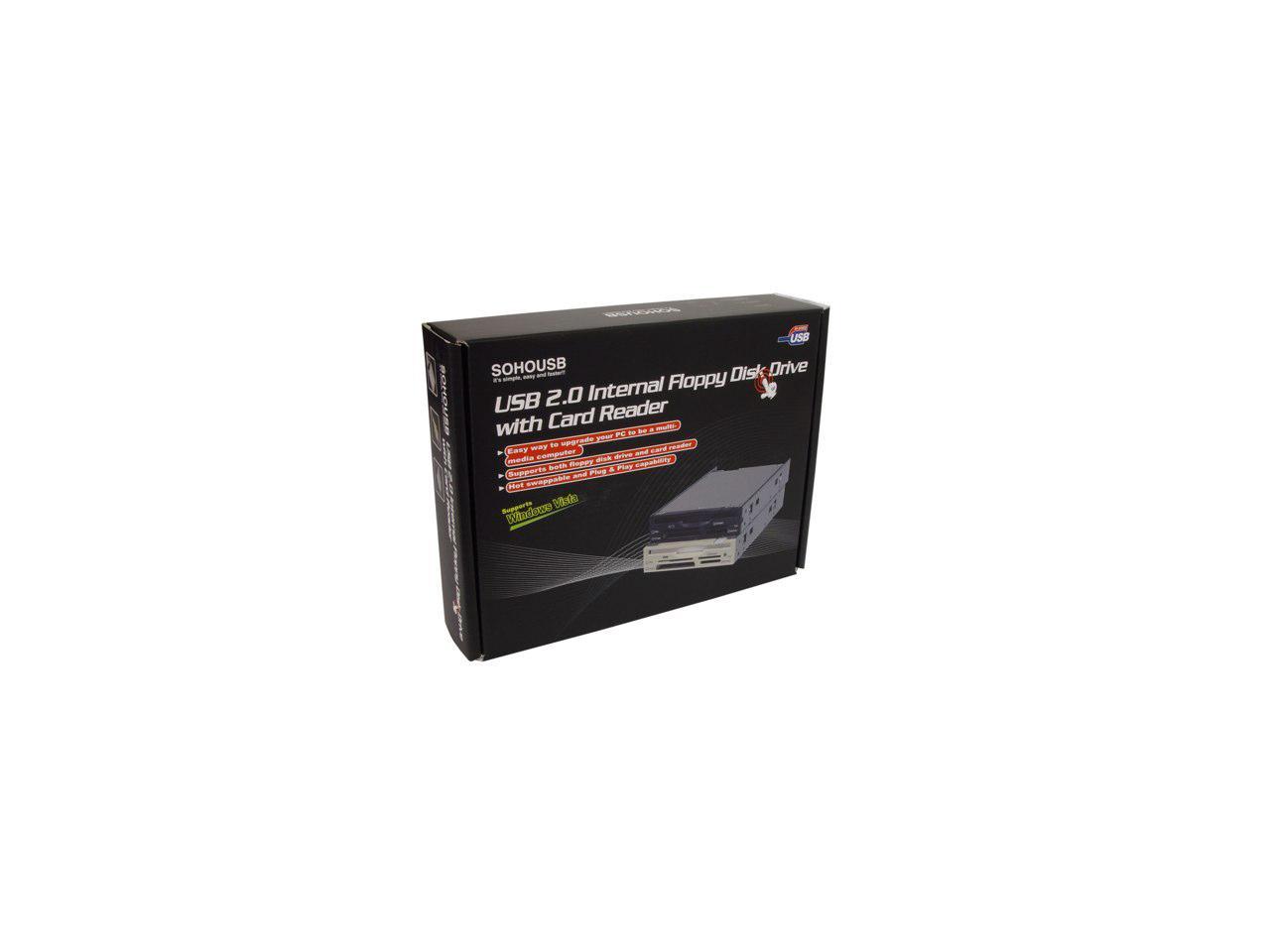 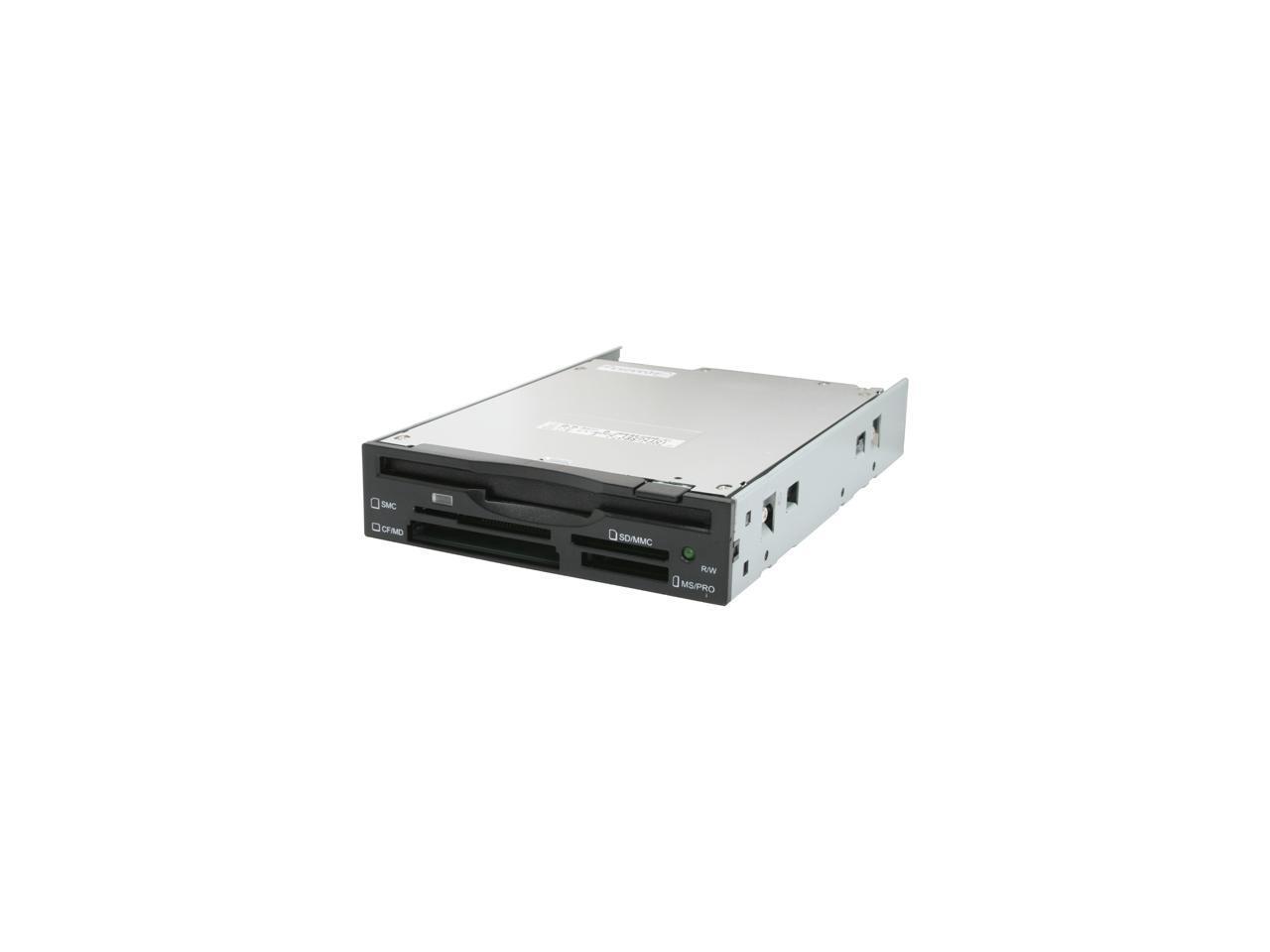 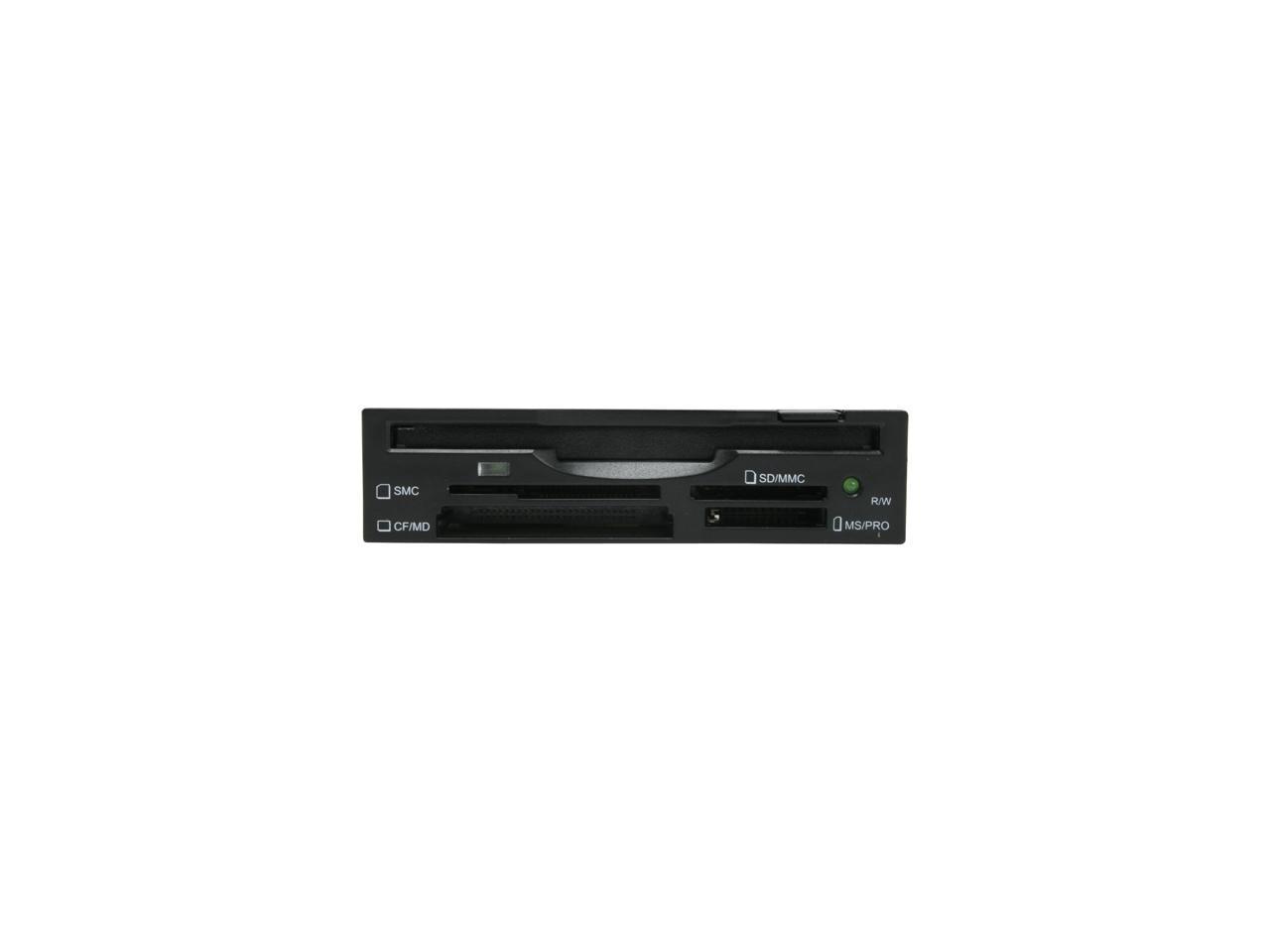 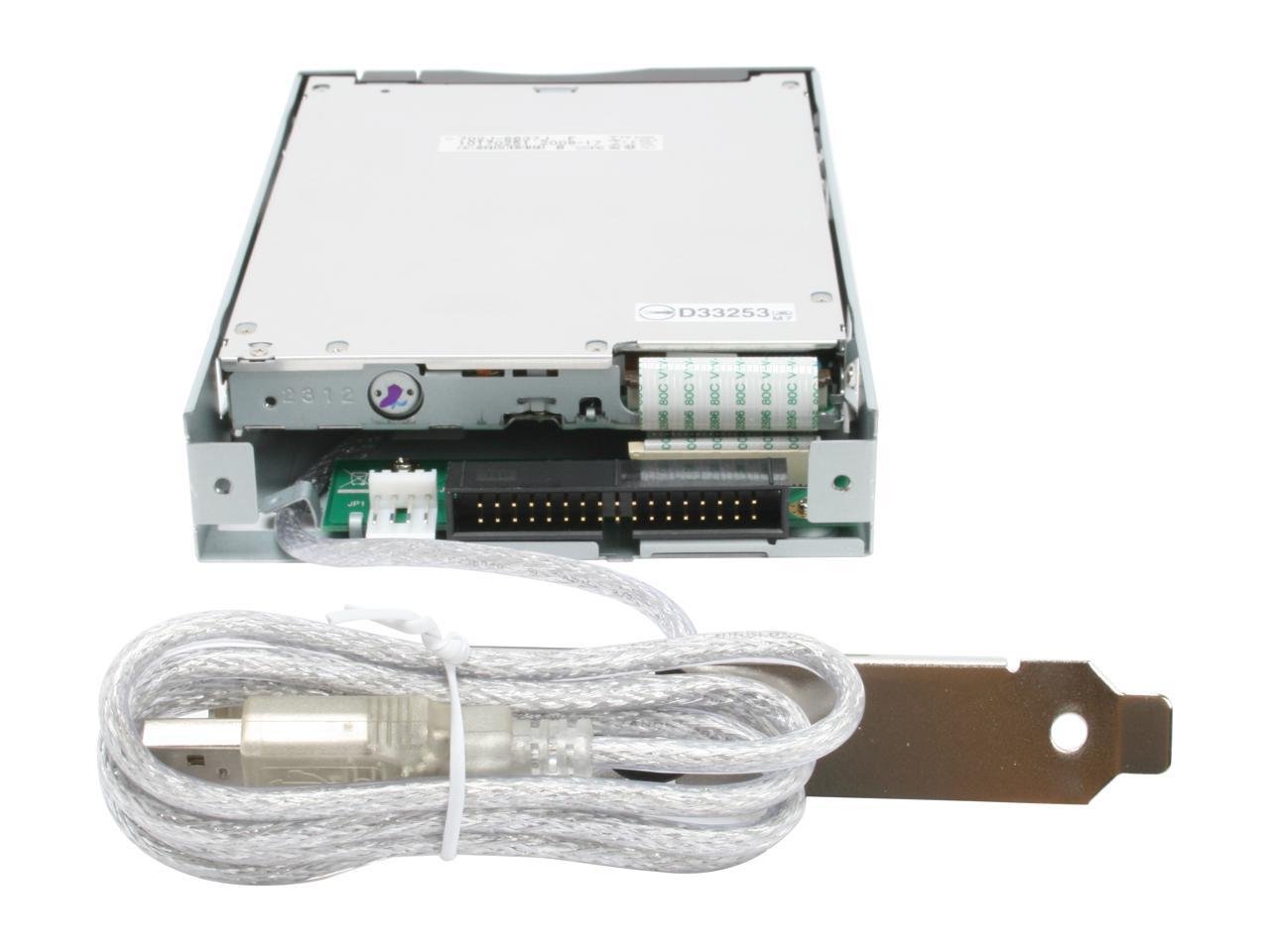 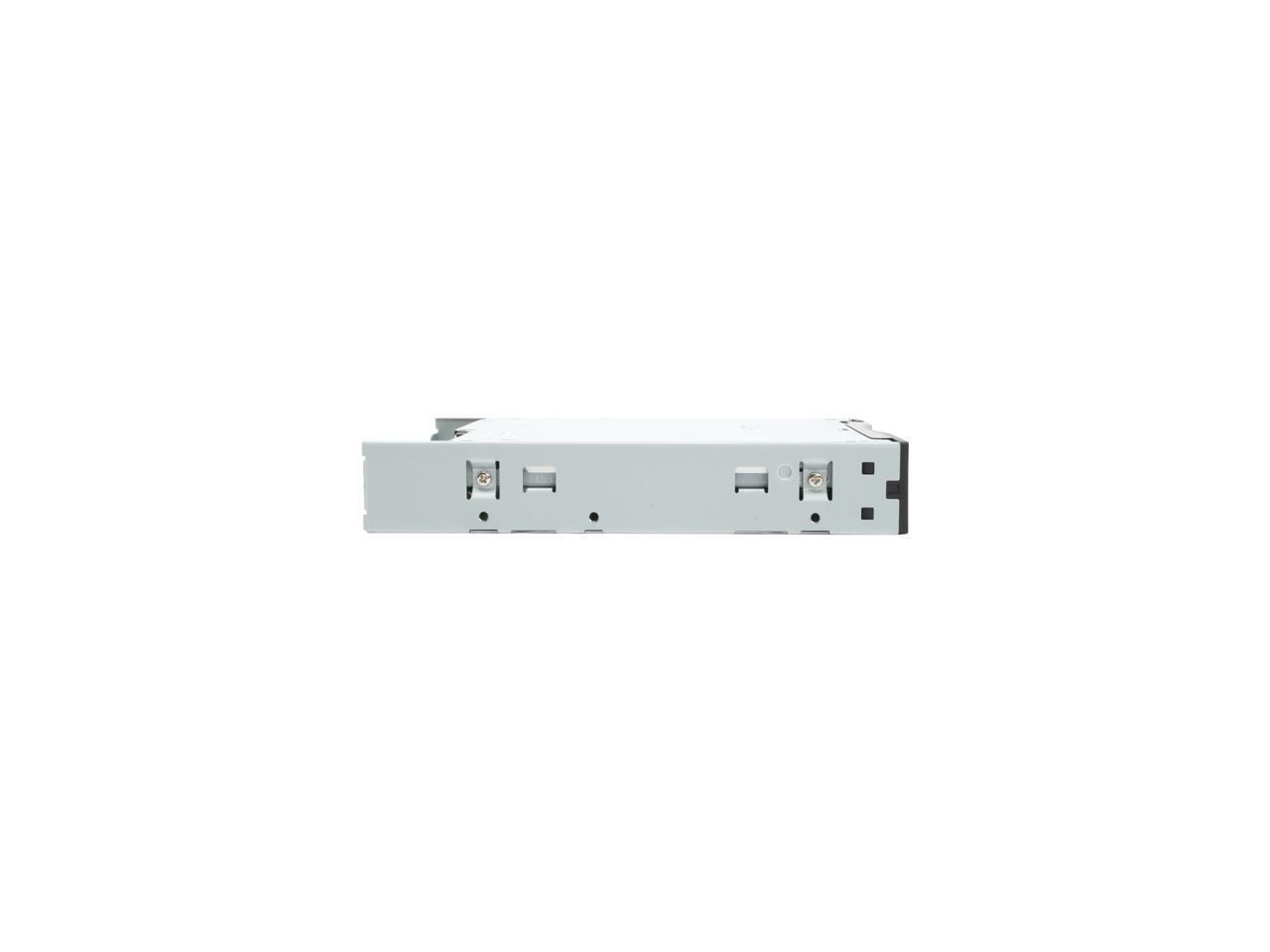 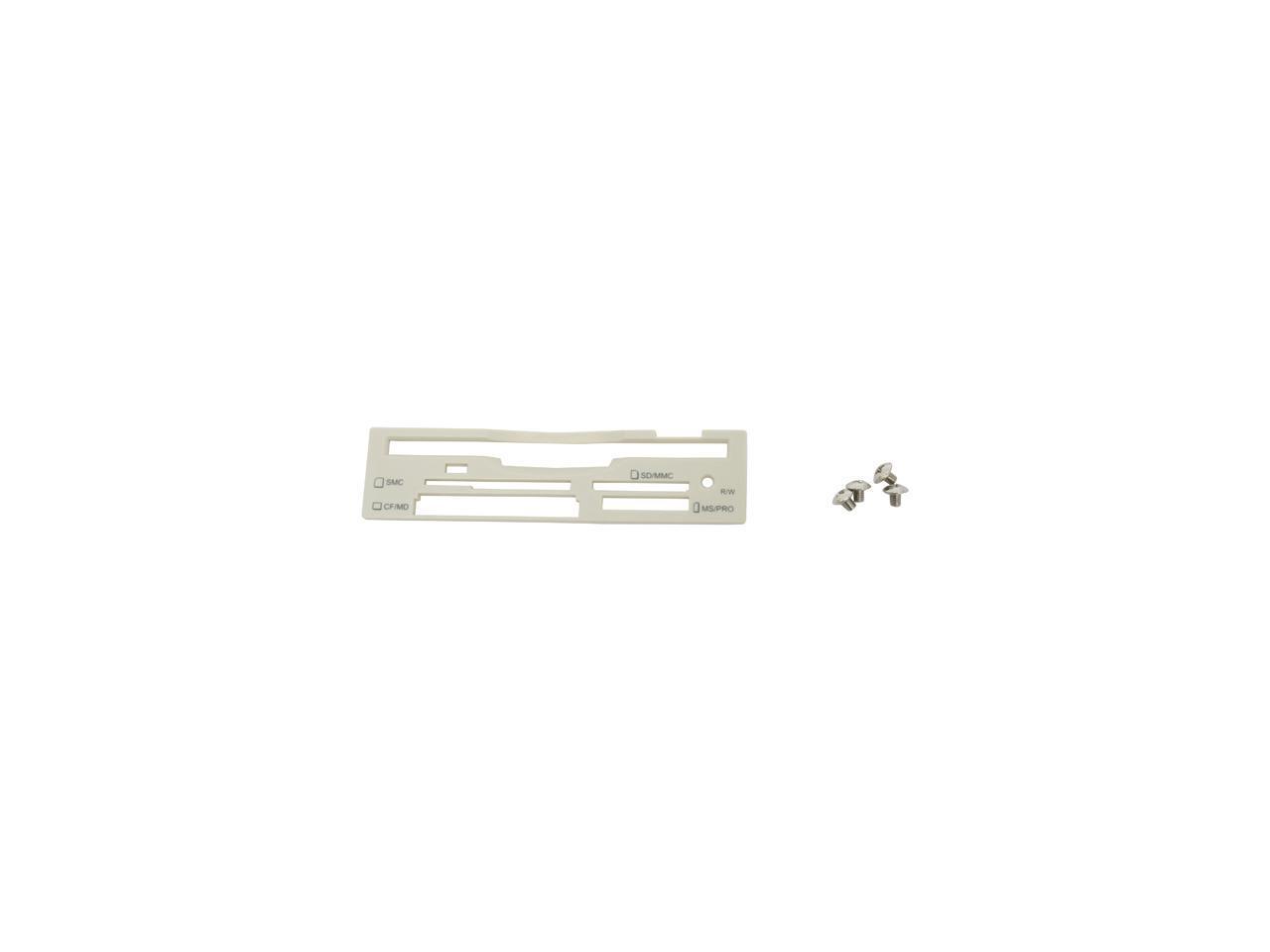 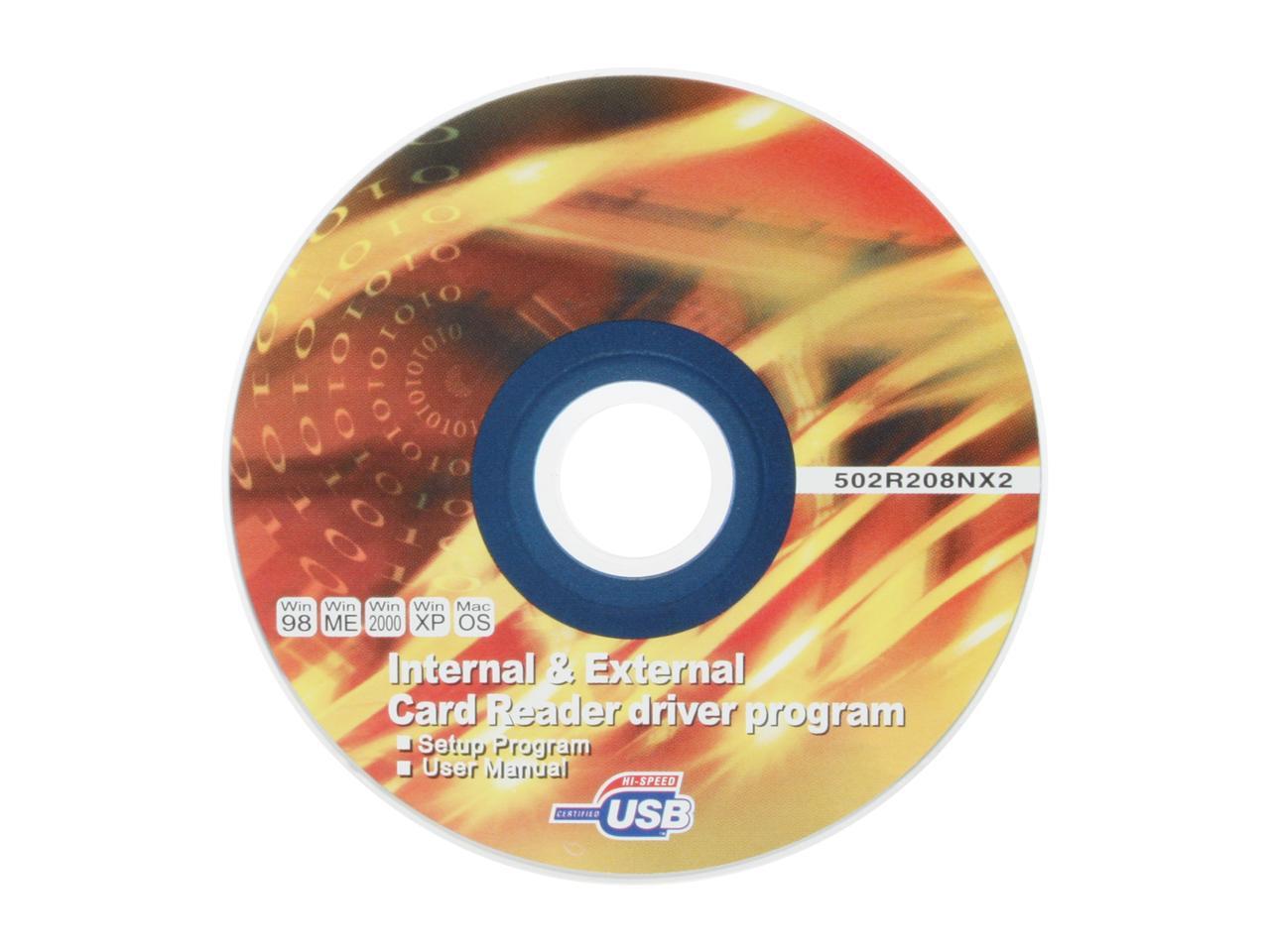 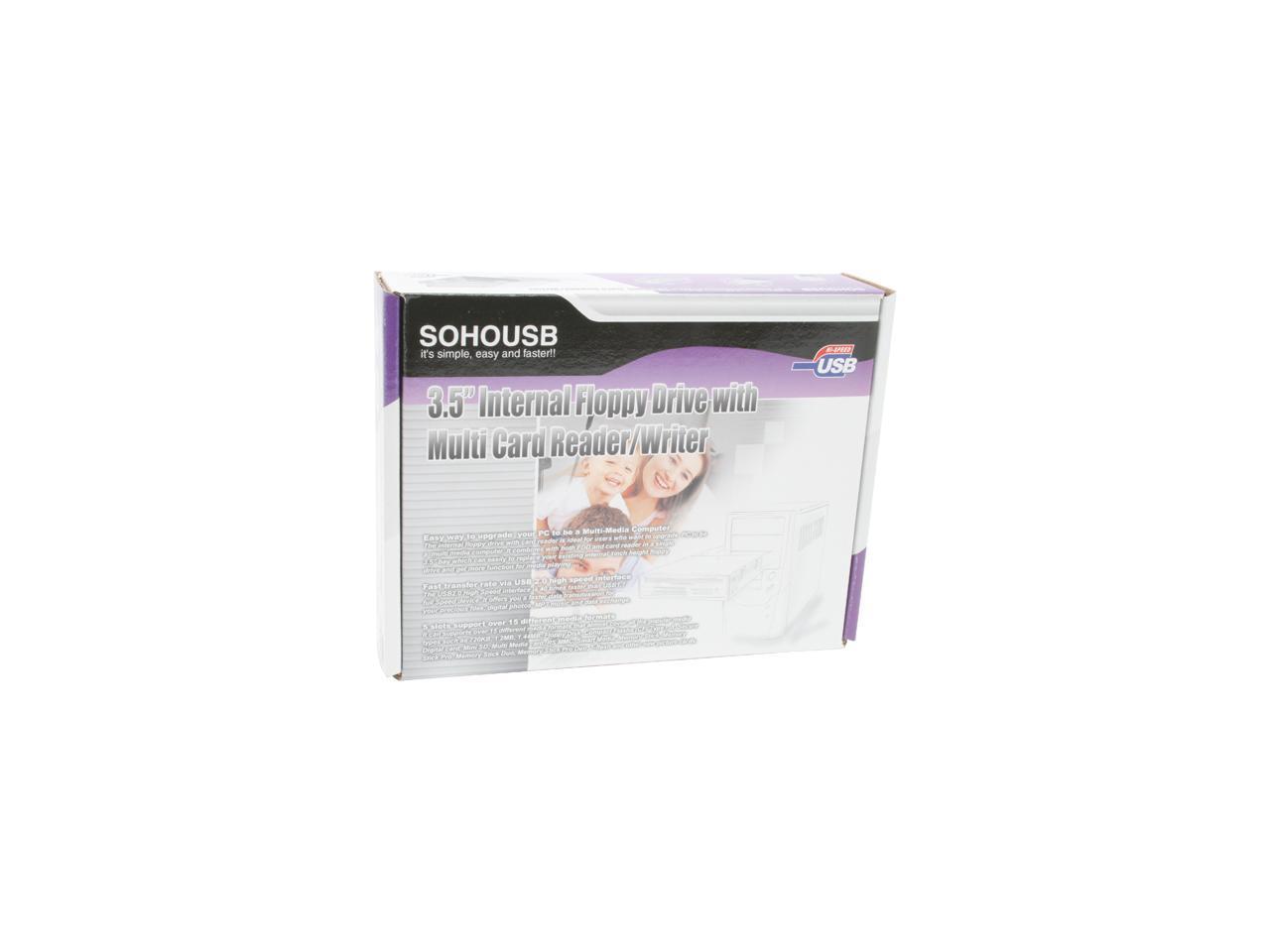 (149) Write a Review
OUT OF STOCK.
Specs
Reviews

Comments: I love this thing! I wish it used an internal USB connector, or at least had the option. Also, if your drive mounts recessed into the face, you might have a hard time pushing the floppy eject button.

Pros: Vary nice looking and does what it says.

Cons: About everybody don't like the cable that comes out the back and then plugs in a usb port. I fixed this problem by removing their cable and adding one of my own that plugs right into the motherboard.

Cons: DOA, no website, no support, not worth the money and time to ship back

Pros: Installation was easy on an old computer that did not have USB headers built into the motherboard. Floppy drive works as you would expect and is not USB based. Seems to be made of good quality and read both my PSP memory cards (1GB) and my 2GB minisd card with the adapter that came with the sd card. Speed was very good considering the computer in which it is installed only had USB 1. This drive is ideal for people with a single outside 3.5" drive bay. Includes both white and black drive faces.

Cons: I wish it had included an adapter that allowed you to use the motherboard header. I will probably want this in the near future and it would have eliminated many negative reviews for a decent product in this price range. Spring loaded floppy door is black which is fine with me but it wouldn't be great if I wanted to use the white face plate.

Overall Review: I think some of the poor reviews are the result of people not having the necessary skills for installation or a complete lack of research before buying. If you hook a floppy drive up backwards its extremely loud and won't work. Disabling boot from USB in BIOS would fix many poor reviews. Not plugging in the usb portion of this drive until after Windows is installed will fix many of the drive letter issues. The pictures plainly show the FDD style connector on the back as well as the external USB connection. This drive was designed with people in mind that do not have internal USB headers or wish to use them for something else.

Pros: Its nice to fill in that 3.5" bay in my tower. Makes the system look complete. Takes even those old flash cards from the first generation digital cameras.

Cons: Well having the USB cable going out the back of the computer only to plug into a USB port is cumbersome. Also I don't have a spare IDE to hook up the floppy drive. It should have been tied into the USB. Design is fair.

Pros: I actually paid less money for this card a year ago than it sells for today. Works great and reads just about everything. very handy for digital images from my camera. Much faster to plug in the SD card than to use the camera's USB interface.

Cons: Don't use the Safe Hardware Removal feature on windows when you take a card out. If you do, you will not be able to use the card reader until you reboot the computer. Just pull the card out when you're finished...

Pros: Smooth and flowing design, esp with the 1.44MB drive.

Cons: Does NOT support SDHC. Even tried the driver off their site with no success. USB cable hangs out back bay to wrap around to plug into port. Not so smooth, or flowing.

Overall Review: A great buy when it was new (now $5 more than it was 2 years ago), but now that it is antiquidated, go with the $12 Rosewill model for sale here at the Egg which DOES support SDHC.

Pros: This card reader is excellent. Have been using it for some time and no problems yet. Drivers install automatically and Linux recognizes this device with no problem. Excellent value.

Cons: The use of an external USB rather than internal. But than again, this may be a pro for some people.

Overall Review: I would highly suggest this product