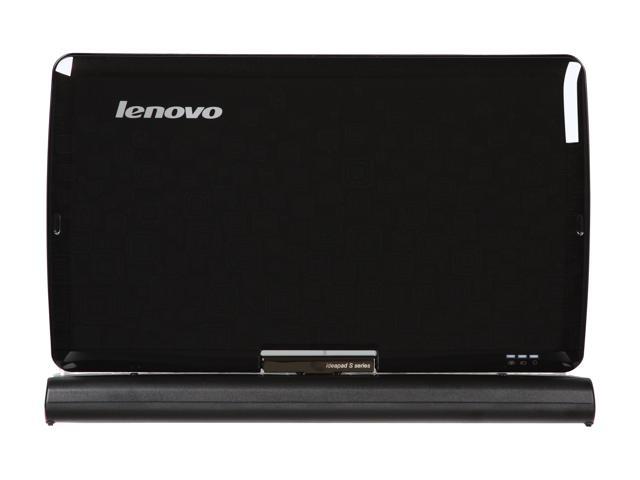 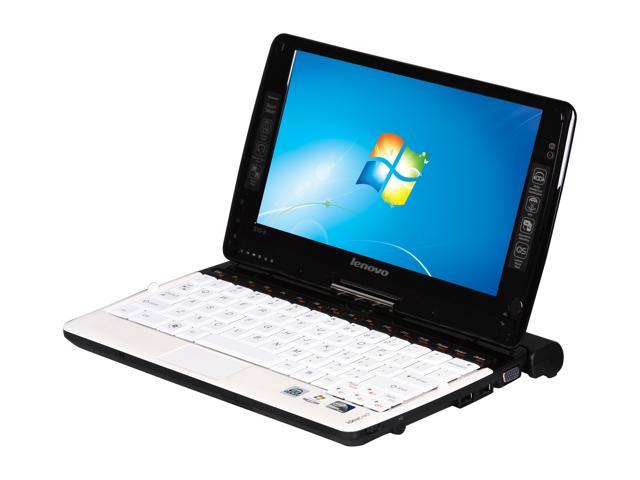 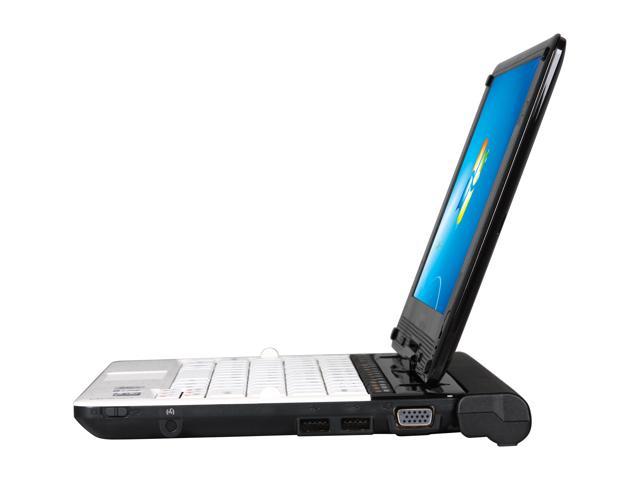 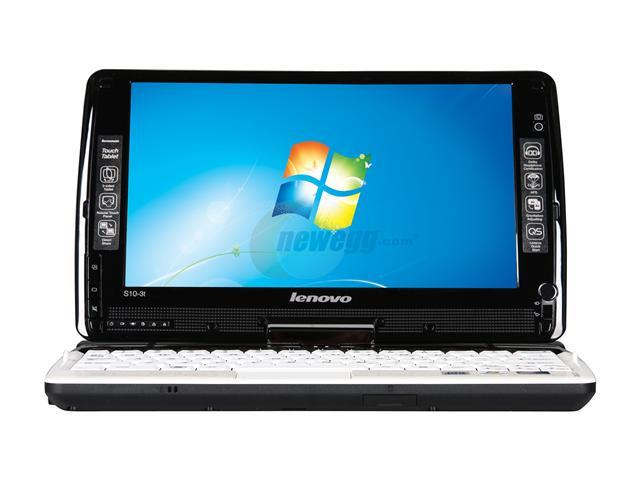 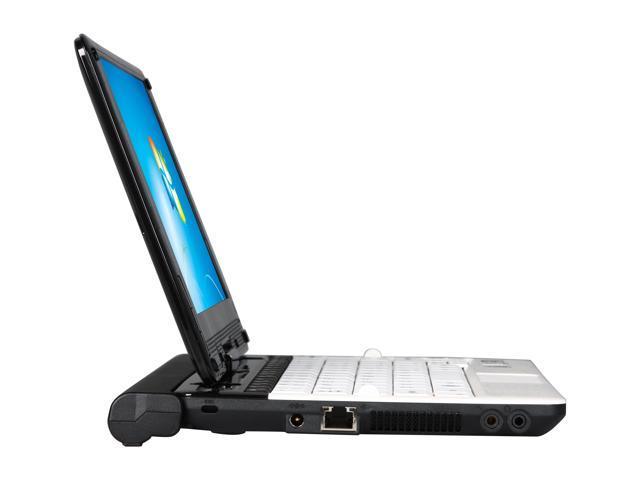 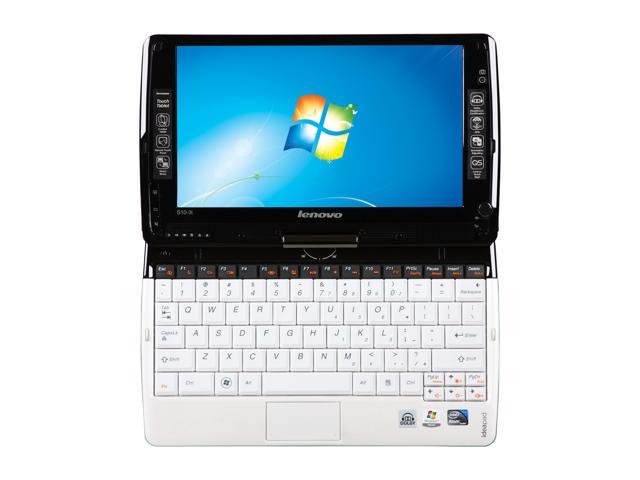 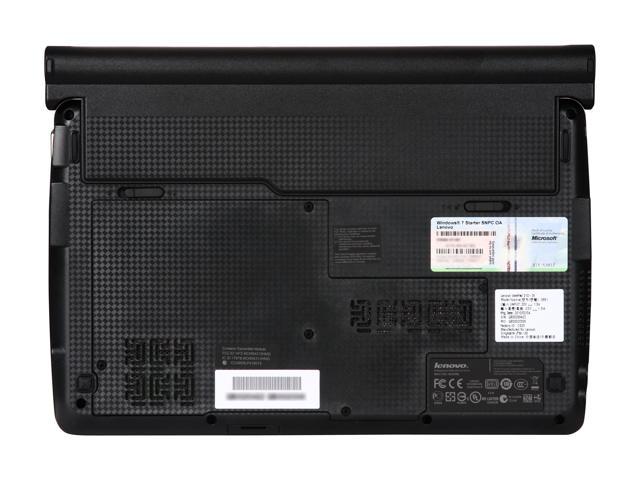 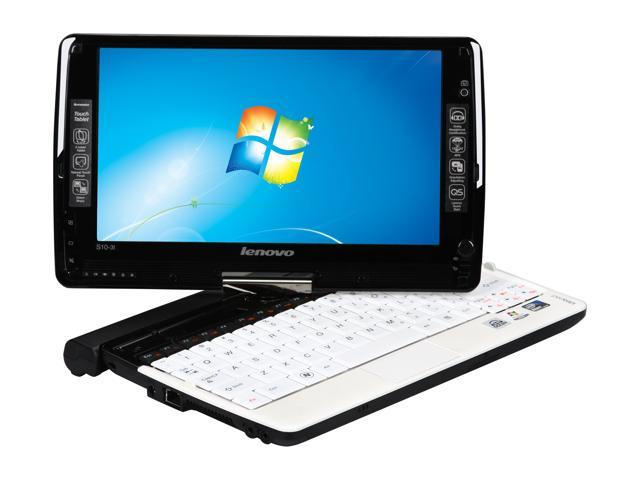 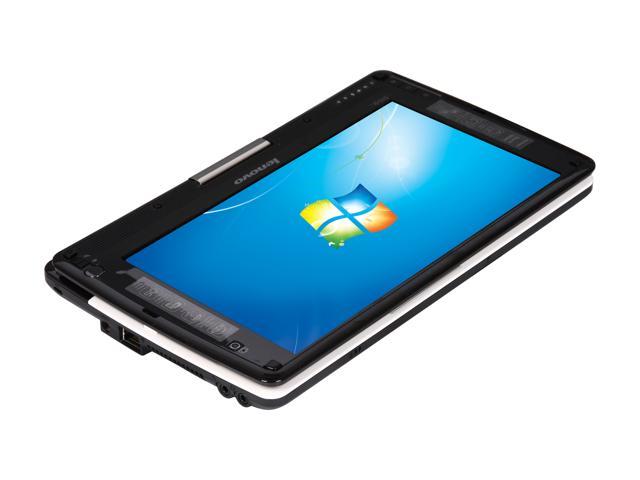 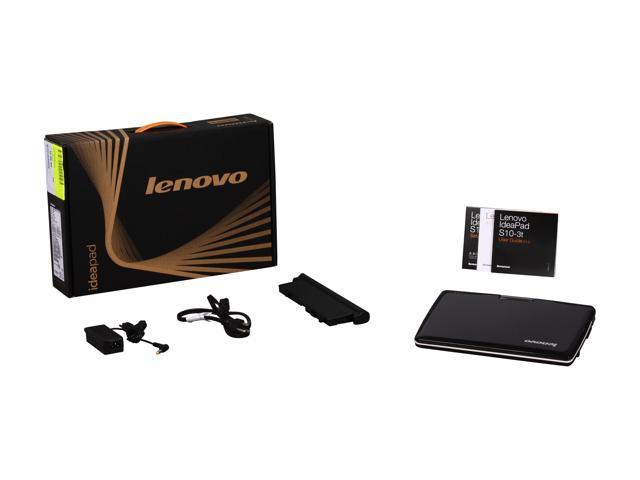 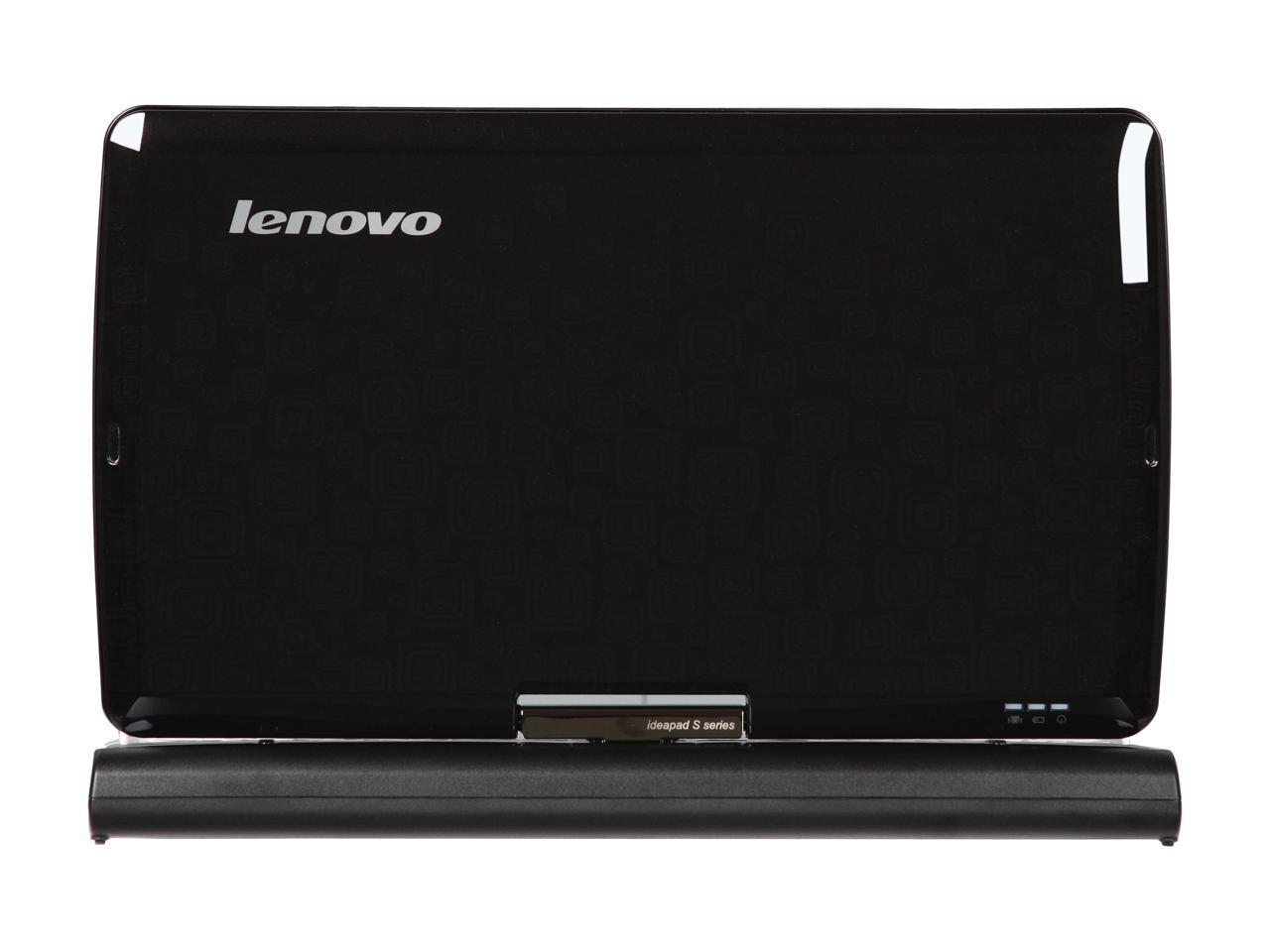 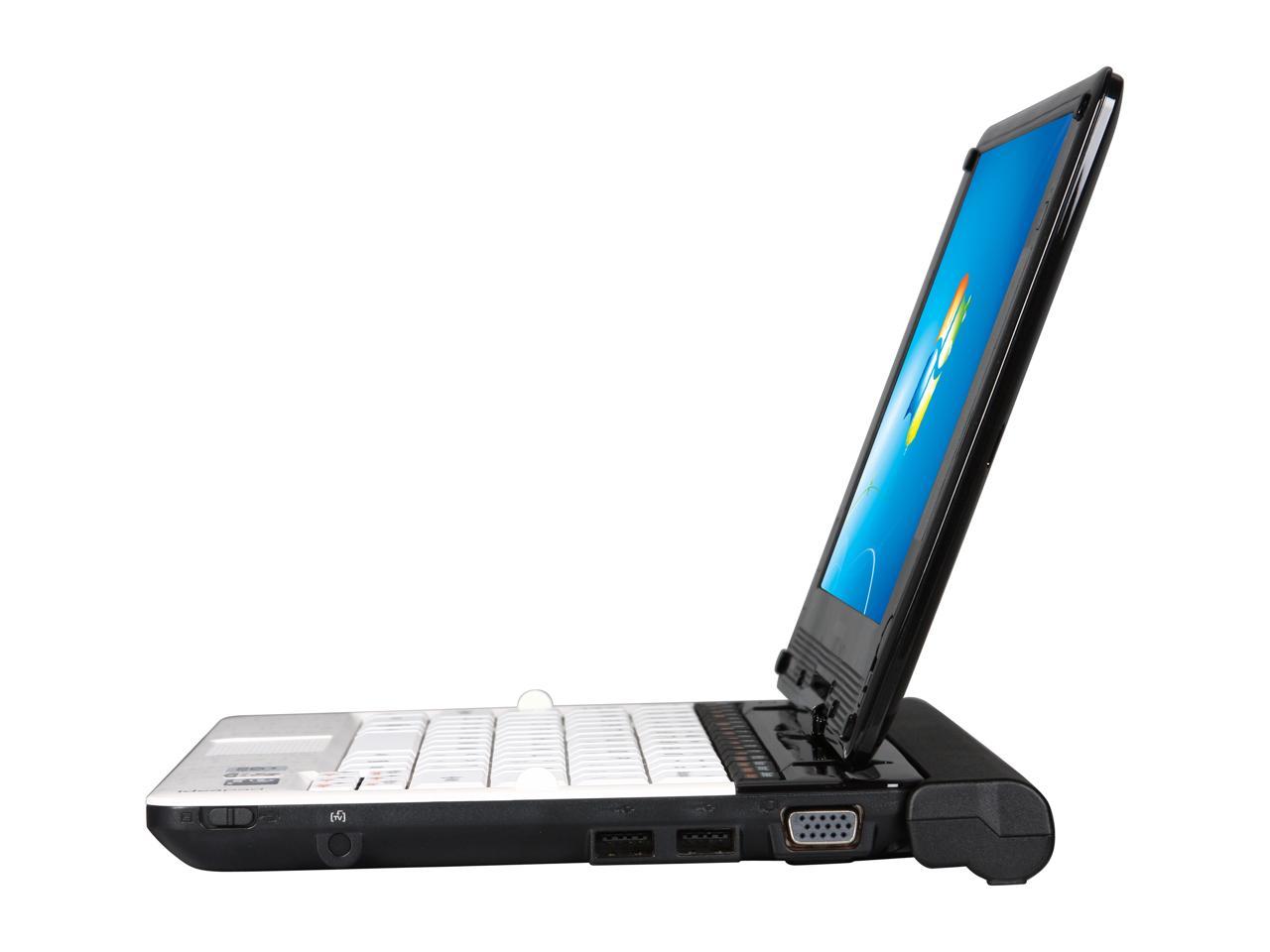 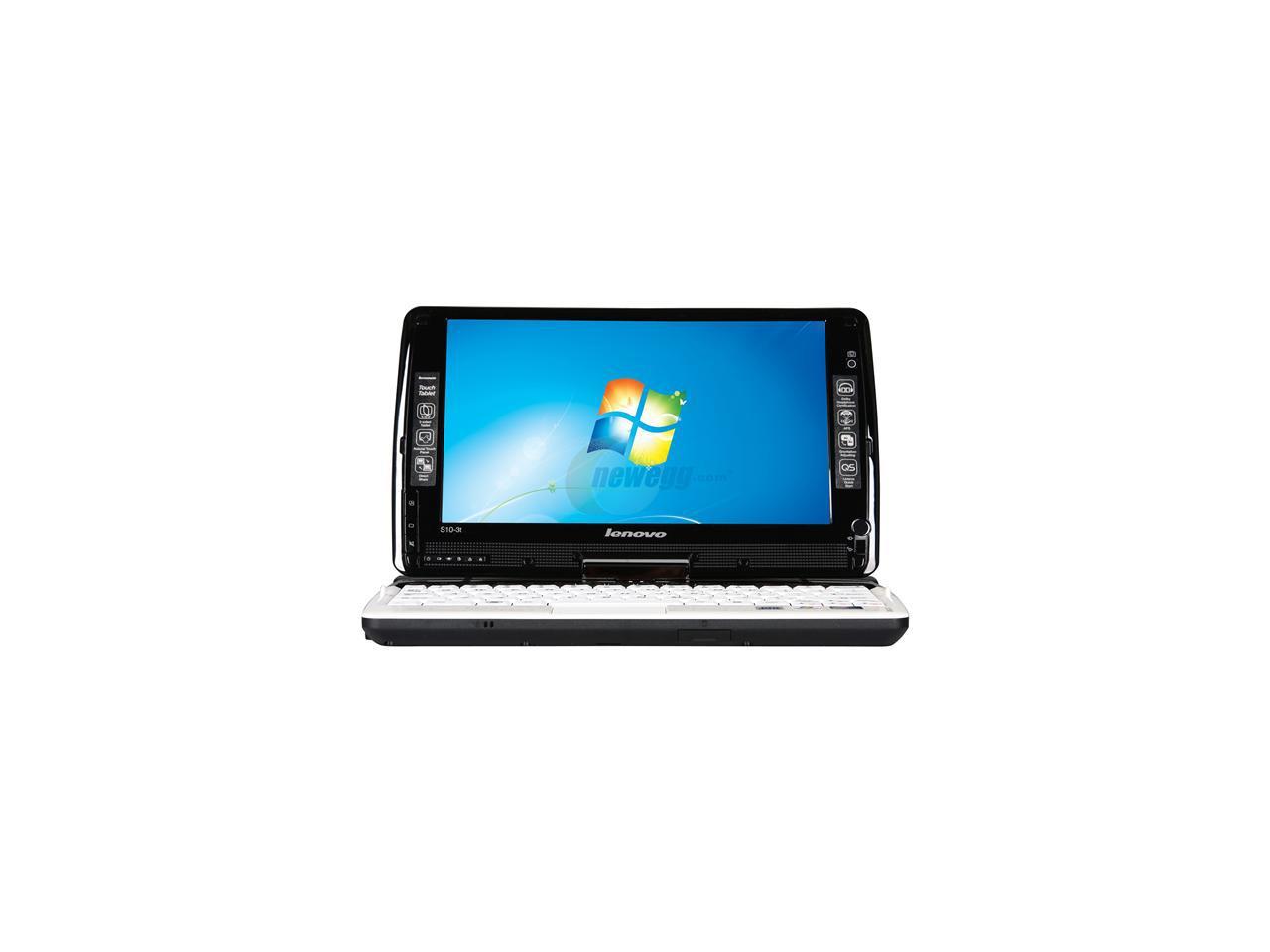 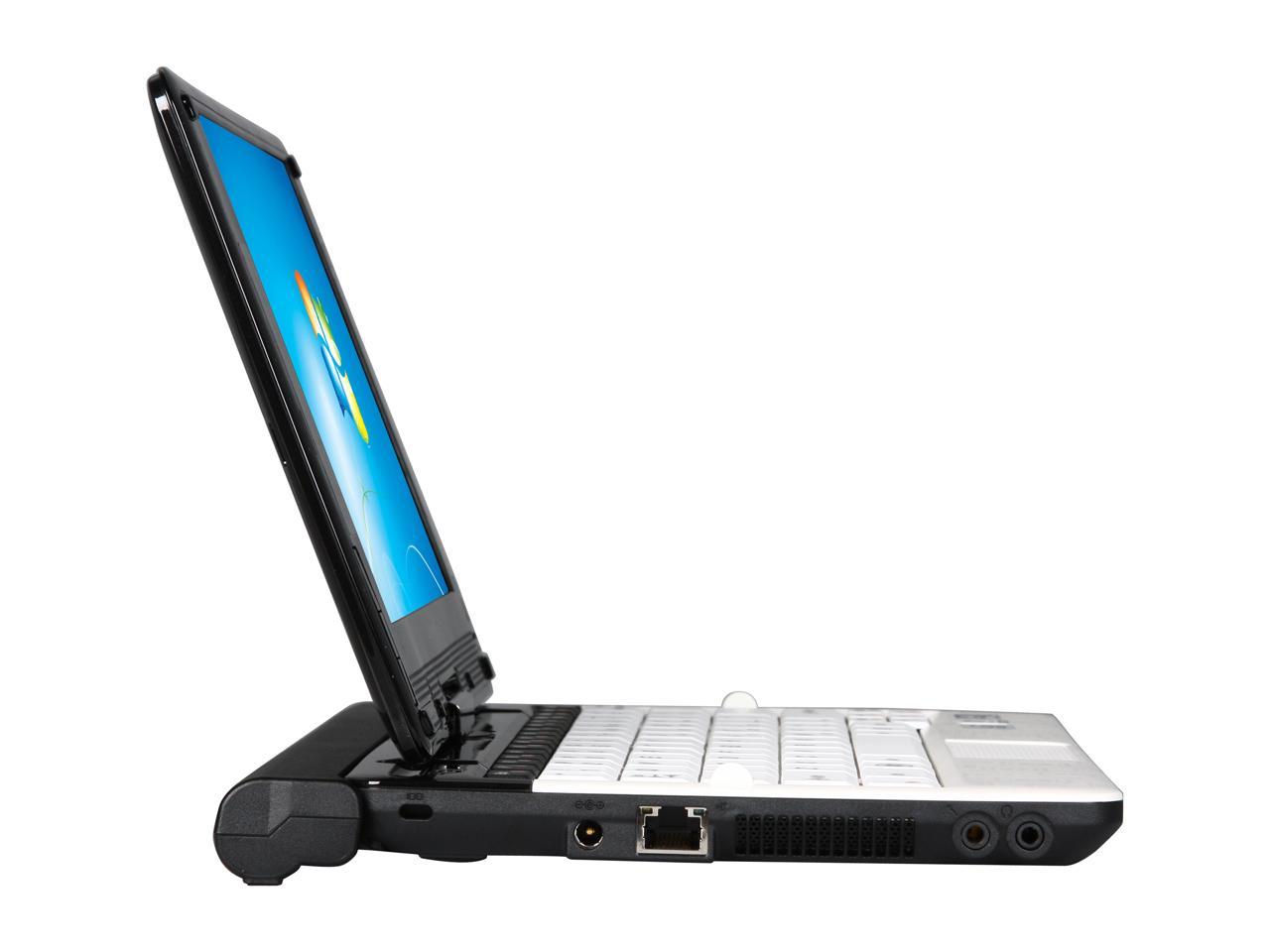 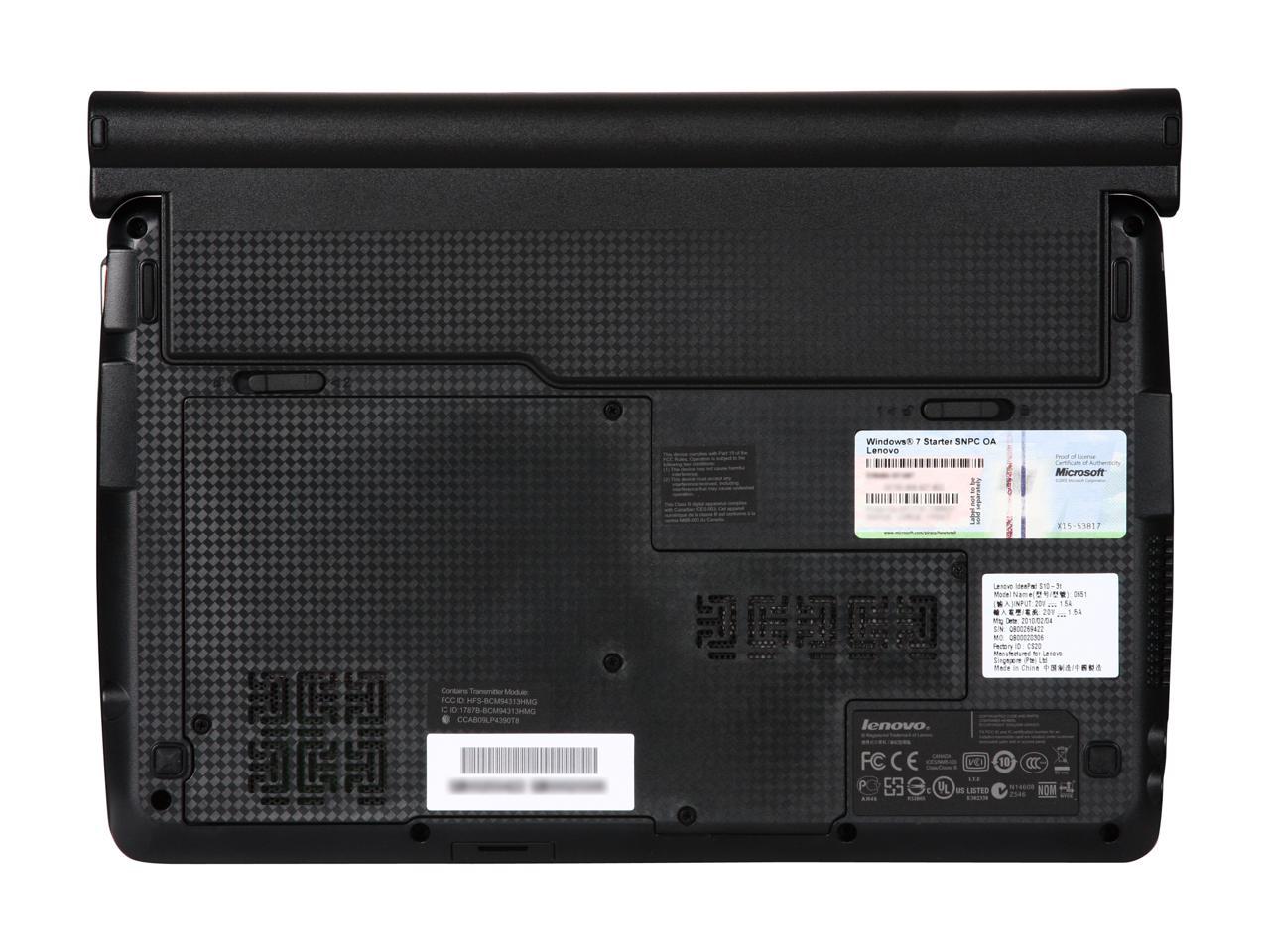 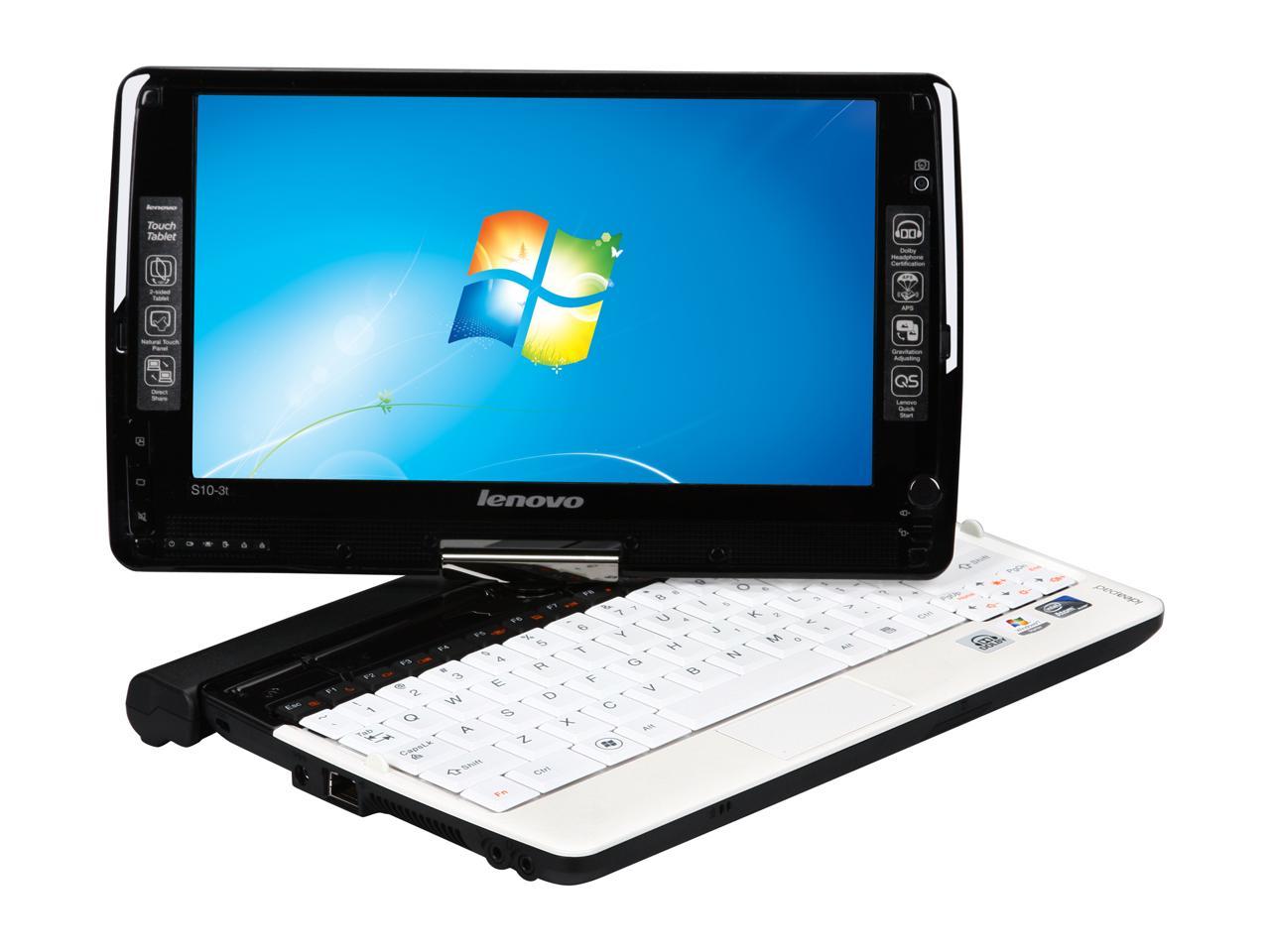 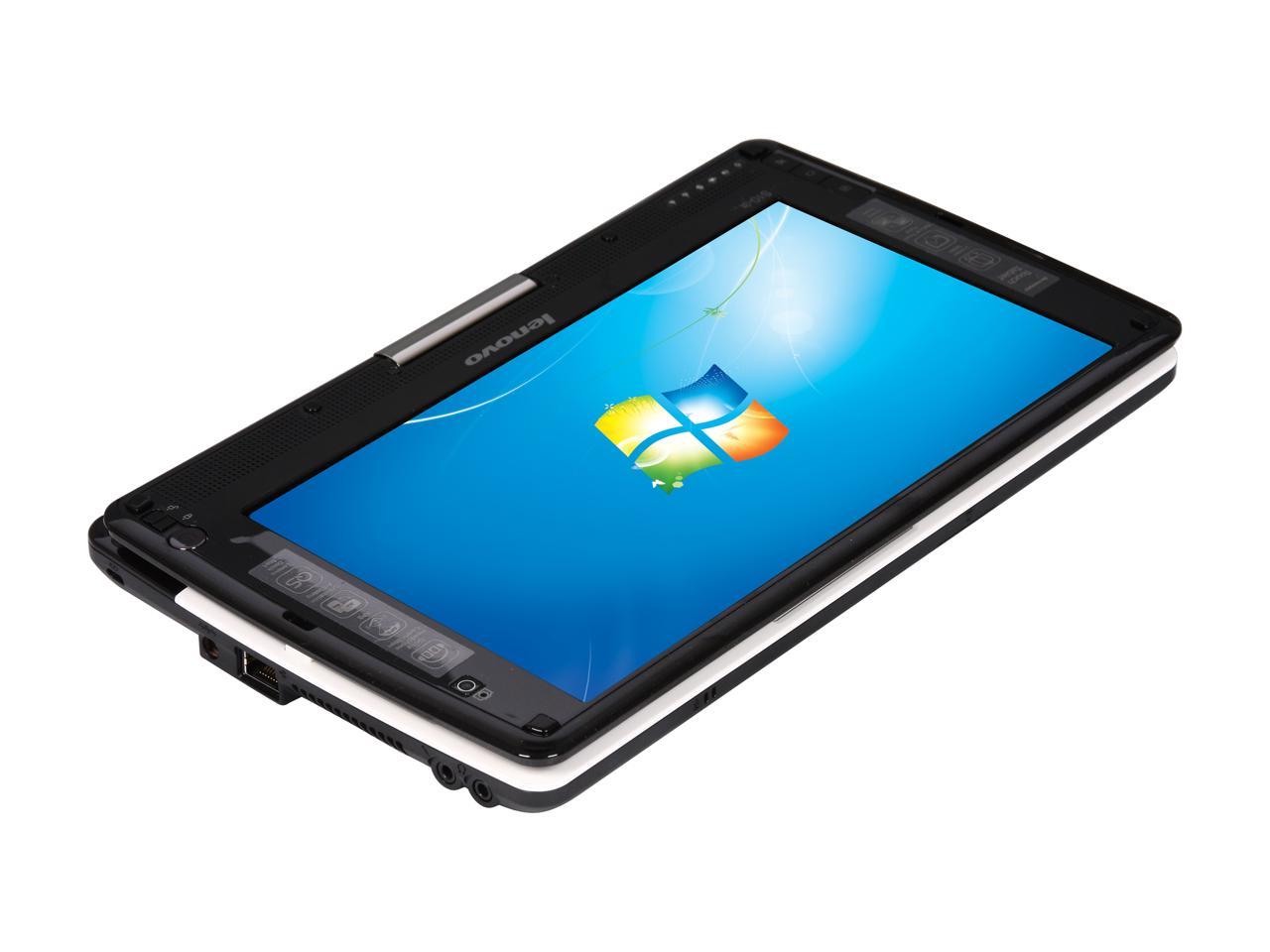 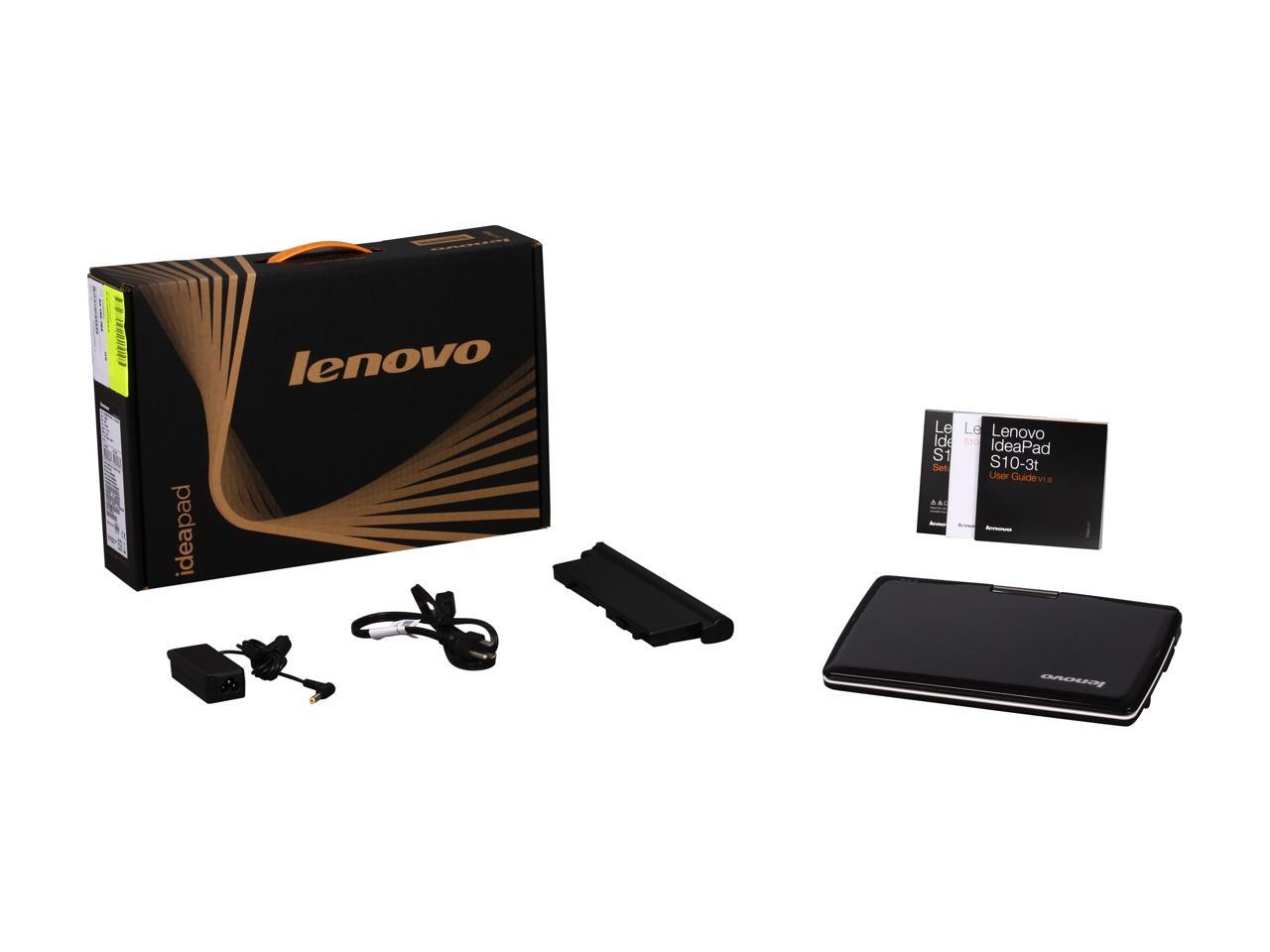 Overall Review: This is a great little netbook. I have two other laptops (17" & 15") but when traveling this Lenovo will fit much better. I needed something that provides flexibility (something that runs normal business software as well as movies and ebooks) and the swivel screen is great. It's important to note however I did upgrade to Win 7 premium ($75) and 2GB ram ($50), not absolutely necessary but I wanted this netbook to be all it can be. The touch screen is responsive, although it's a bit difficult to get to the corners. The full size keyboard is comfortable for doing emails and is completely hidden when in tablet mode. I've watched one short movie (great screen) and currently reading an ebook (it's backlit so I can read in a dark room!) although I'm having some trouble finding ebooks for the Lenovo ebook reader thats included. If you need an ultra portable take a look at this netbook.

Pros: This is a very good computer for traveling. I love that it can be used as an e-reader. It also allows the user to dim the screen. I needed a notebook that I could download all of my technical documents to for easy access while on site. It is also great for having customers sign the work orders right on the screen no need to have a paper copy

Cons: Need Windows 7 Premium to be able to access all of the tablet functionality. Windows starter is pretty useless in this environment. Upgradeable to 2 gigs max of ram.

Overall Review: It would be nice to have it ship with Windows Premium and 2GB of ram. I upgraded to Premium and 2GB for about $140 A post here states that it can't use it as a tablet. That is true only with Windows 7 Starter, After upgrading to Win 7 Premium it works like a tablet. Its a really fun little laptop

Pros: This tablet is a very nice general purpose laptop. Little bit bigger than my EeePC 900, with a nice, large keyboard. 250GB hard drive is gigantic for this thing, no loss for space. Battery life is AMAZING, around 8 hours in average usage with wifi on and using the touch screen. Windows Journal or Evernote are great for taking handwritten notes.

Cons: Come with Windows 7 Starter, which really needs to be upgraded. Lenovo doesn't supply any Linux drivers. Video could be a bit better, Windows 7 Touch Pack won't run well. Screen resolution isn't HD. Splashtop Instant-on OS works with the touch screen, but doesn't include any handwriting apps, so what's the point of having touch? There's also no good pen for a capacitive touch screen, so any handwriting or drawing has to be done with your finger, which gets messy.

Overall Review: I upgraded to Windows 7 Pro and the computer began lagging shortly after. Fortunately Ubuntu 10.10 supports every piece of hardware out of the box with no configuration. I use this laptop to take notes in class, typing out what the teacher says and using the touch screen to draw the graphs or formulas. It works out pretty nice, and the 10 hour battery life with wifi off lets me go through an entire day of classes and get back to my apartment before I need to charge it. My only real complaint is the lack of pen input.

Pros: Gorgeous screen, touch is accurate. Not smudgy. The CPU is pretty quick. Comes with an 8-cell battery, and even at high performance settings you get a good 6 hours with wifi, maybe more. The Premium/Ultimate onscreen keyboard is AMAZING with this capacitive screen.

Cons: Orientation sensor is a big too sensitive, I have it turned off. I wish the power button lock switch would instead be for rotation lock. Plays HD video quite well with VLC/XBMC, although Flash is currently sluggish at high res (v10 beta 2) Only upgradable to 2GB max, one 200 pin slot. You really need to install a fresh copy of Windows Premium or above to get touch, but I'd do this anyway because of bloatware. The funky 600 vertical lines resolution makes google reader and several other things look weird. It's just a software workaround away though, and will happen with any netbook.

Overall Review: I work in tech for a living; some of these tweaks and modifications might be too much trouble for some. The MS Touch Pack is get for demoing multitouch, but there just aren't that many apps that will do MT. Found a great blog that details many of the useful tweaks.

Pros: Very responsive out of the box. Lenovo touchscreen software works fairly well. Comes with facial recognition security(awesome?) Camera placement is a little weird at first, but becomes apparent that it is perfectly placed for tablet mode.

Cons: Only comes with Windows Starter. Only 1GB RAM. No bluetooth or cell card, though can be upgraded with a carrier card. the left and right buttons on the touchpad are awkward to use at first. Takes a while to get used to, as they are integrated into the pad. This causes mouse-jump issues midclick. Bezel is too tall around screen.

Overall Review: Installed 2GB RAM, picked up a couple of small SSD's for testing. Attempted to run the Ubuntu Netbook edition on a SSD. Installed fine, but Ubuntu did not even recognize that there was a wifi card installed. Would not even see the hardware. And finding touch drivers for Linux has been difficult to say the least, though the Netbook edition is perfectly built for a touch screen. Would really like to see some Linux support from Lenovo on this, would buy again and again if that were the case. With Linux, this device would be a powerhouse for any IT professional, and a definite game changer for any other professional.

Pros: Nice portable! I moved up from an Acer aspire one with a 8.9" screen. The screen is very sharp, and the keyboard is perfect size. Easy to type on, not cramped. Battery life is awesome...averaging around 8 hours. Tablet feature is nice...touch screen works well. Runs Win 7 Starter surprisingly well with 1 gb of RAM. Quality computer.

Pros: Does what I want! Great Battery Life, getting about 8 hours or so! Putting in a SSD this weekend! Woot on that! Plays all videos great including 720p w/ VLC

Cons: battery is a little bit big, but use it to hold the netbook.

Overall Review: As far as I can see, why buy an ipad, with this, you can do soooo much more!

Pros: This tablet is a fantastic alternative to the ipad or netbook. It has the power to run programs that require a decent amount of power. Battery lasts a very long time. I have never had this run out of juice on me. The touch screen does not lag and any reviews you read that says it does are being far too picky.

Cons: 1GB of RAM is not enough. I upgraded to 2GB since that seems to run much better. Windows starter + bloatware is awful. I nuked it and installed Ultimate much better.