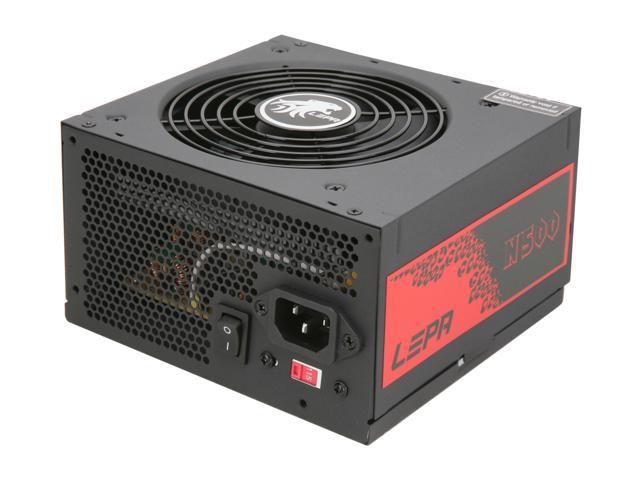 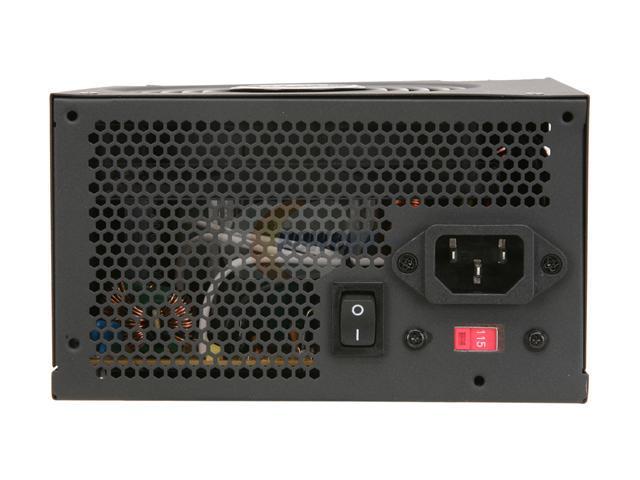 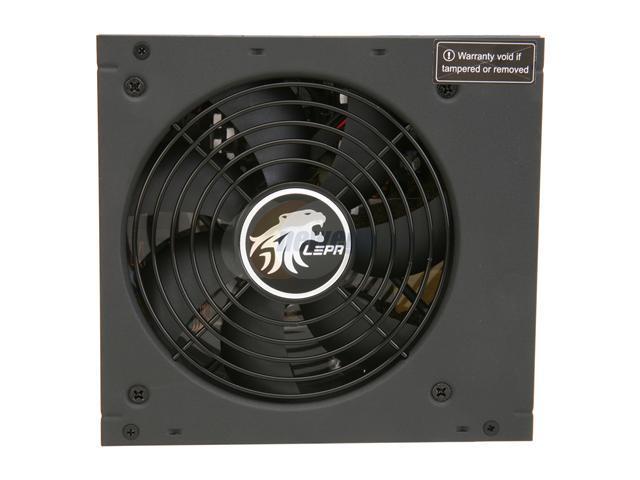 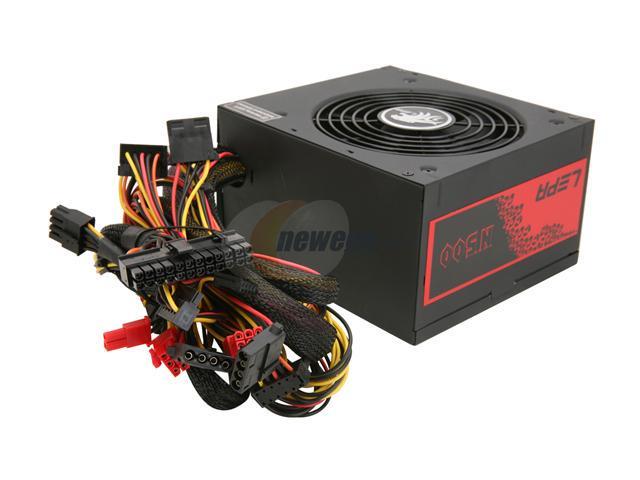 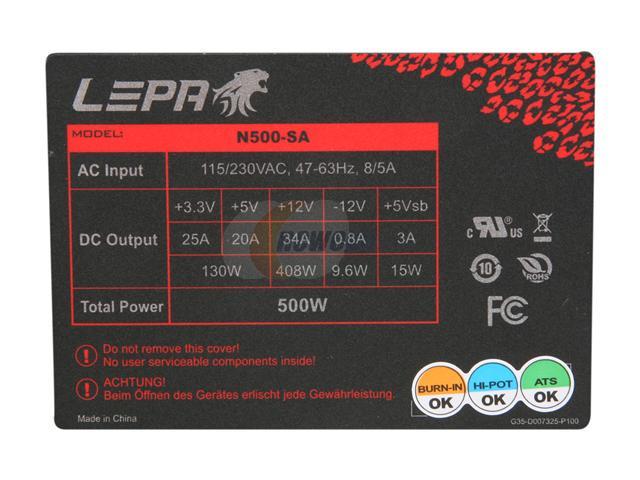 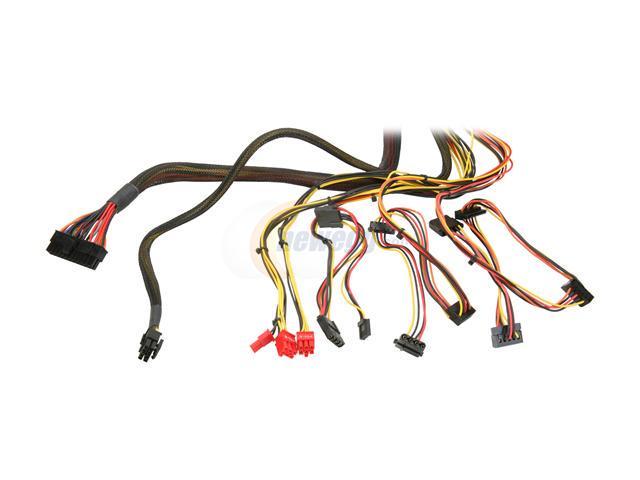 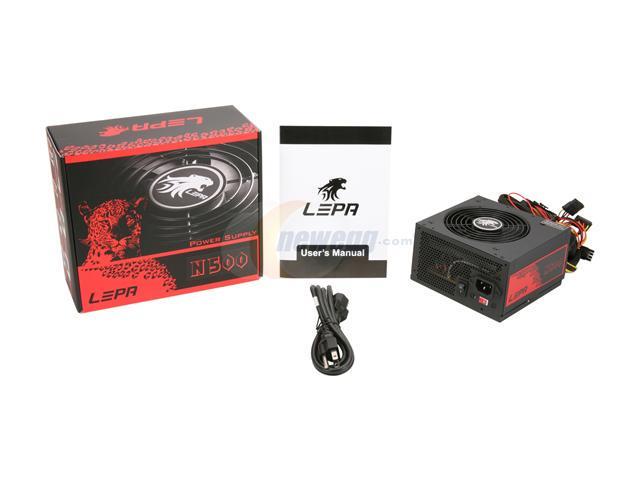 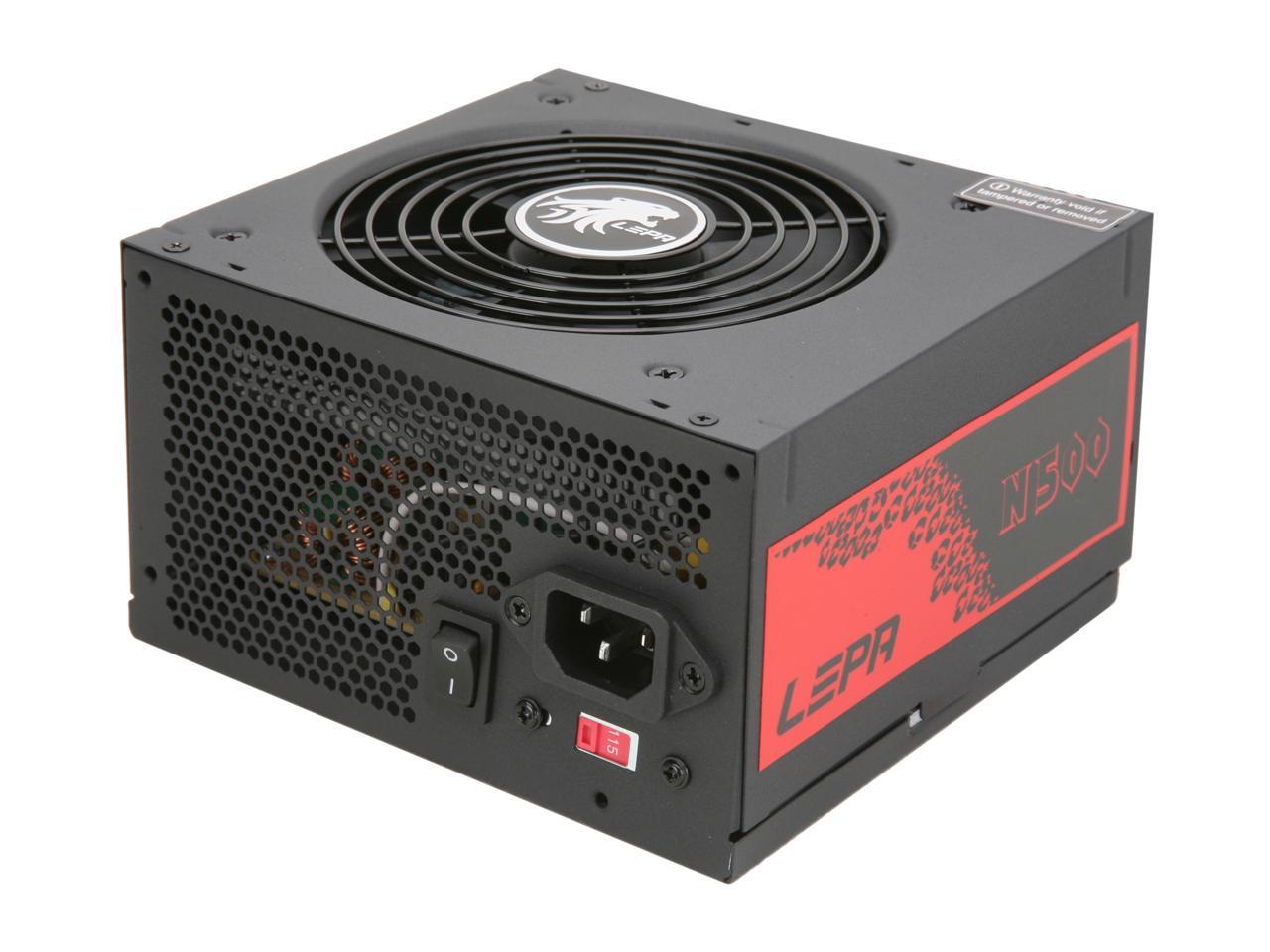 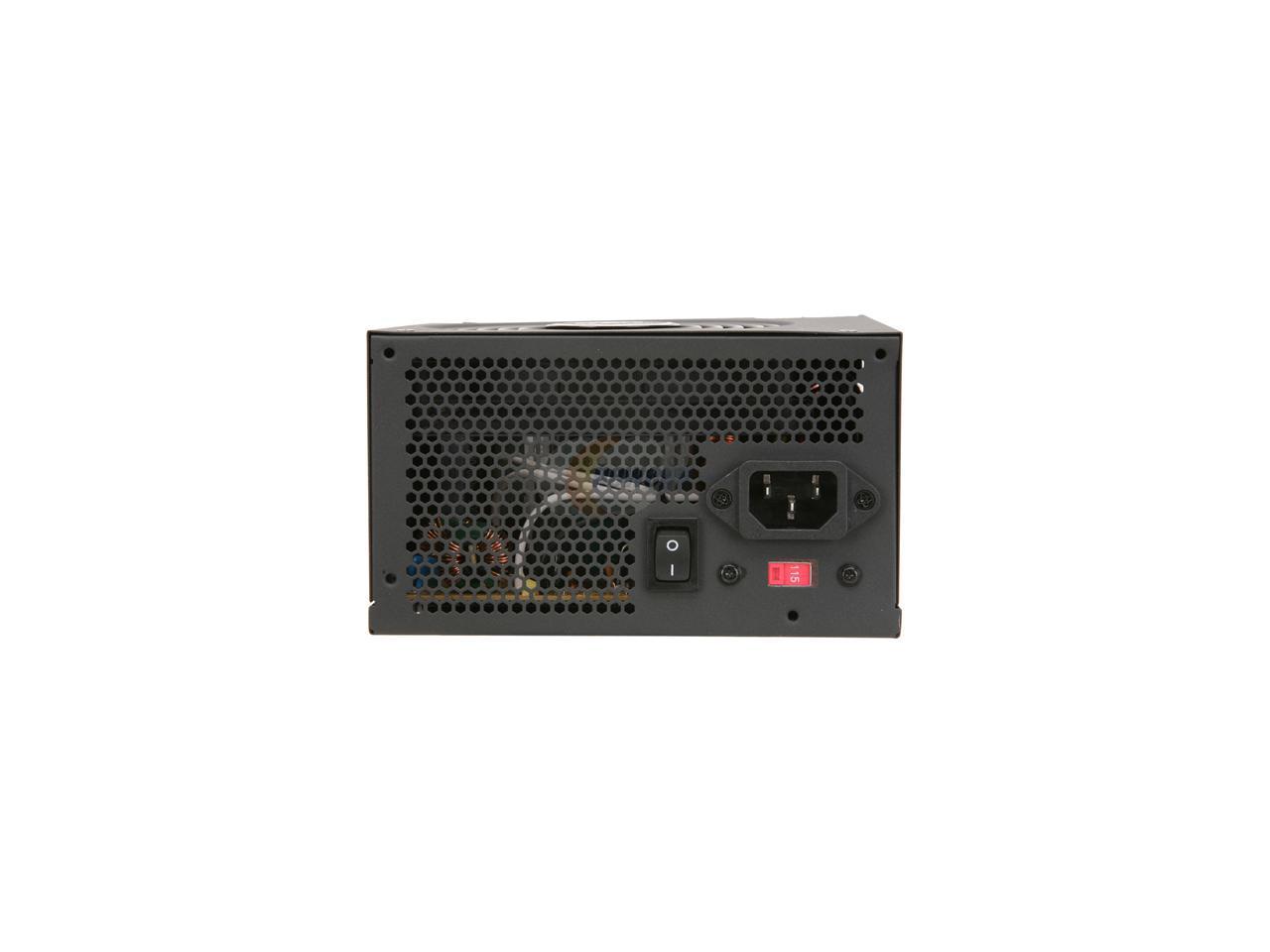 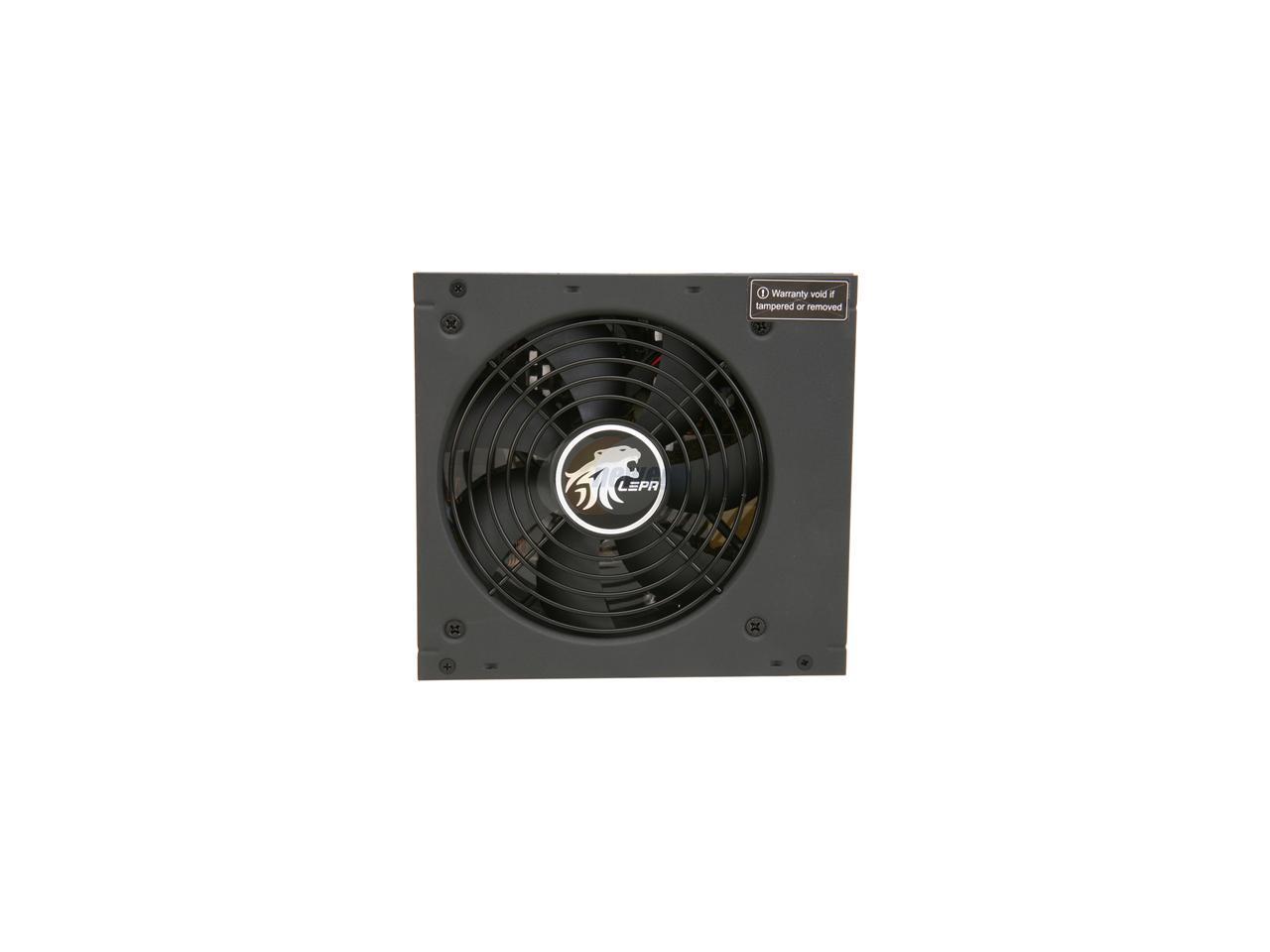 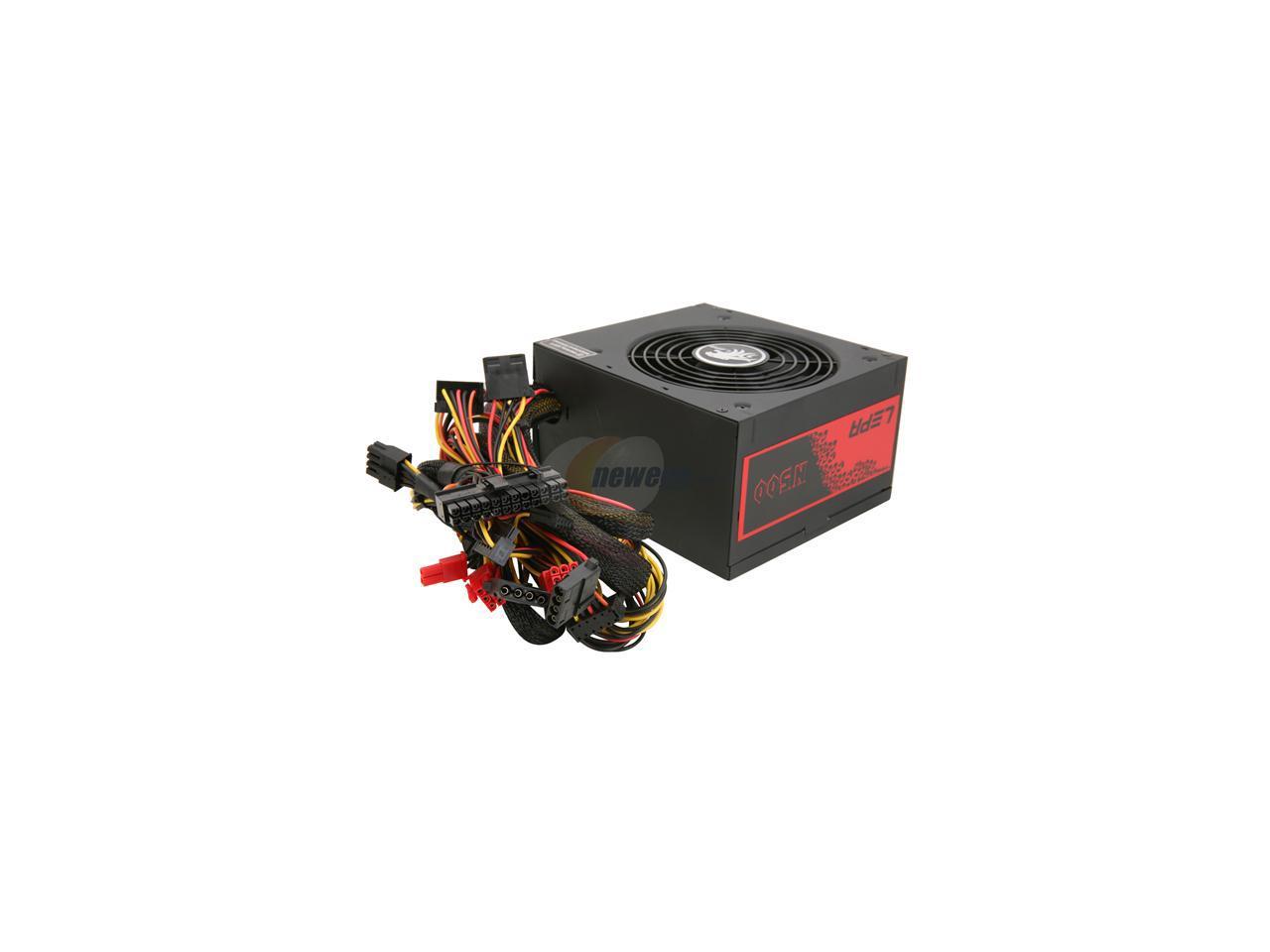 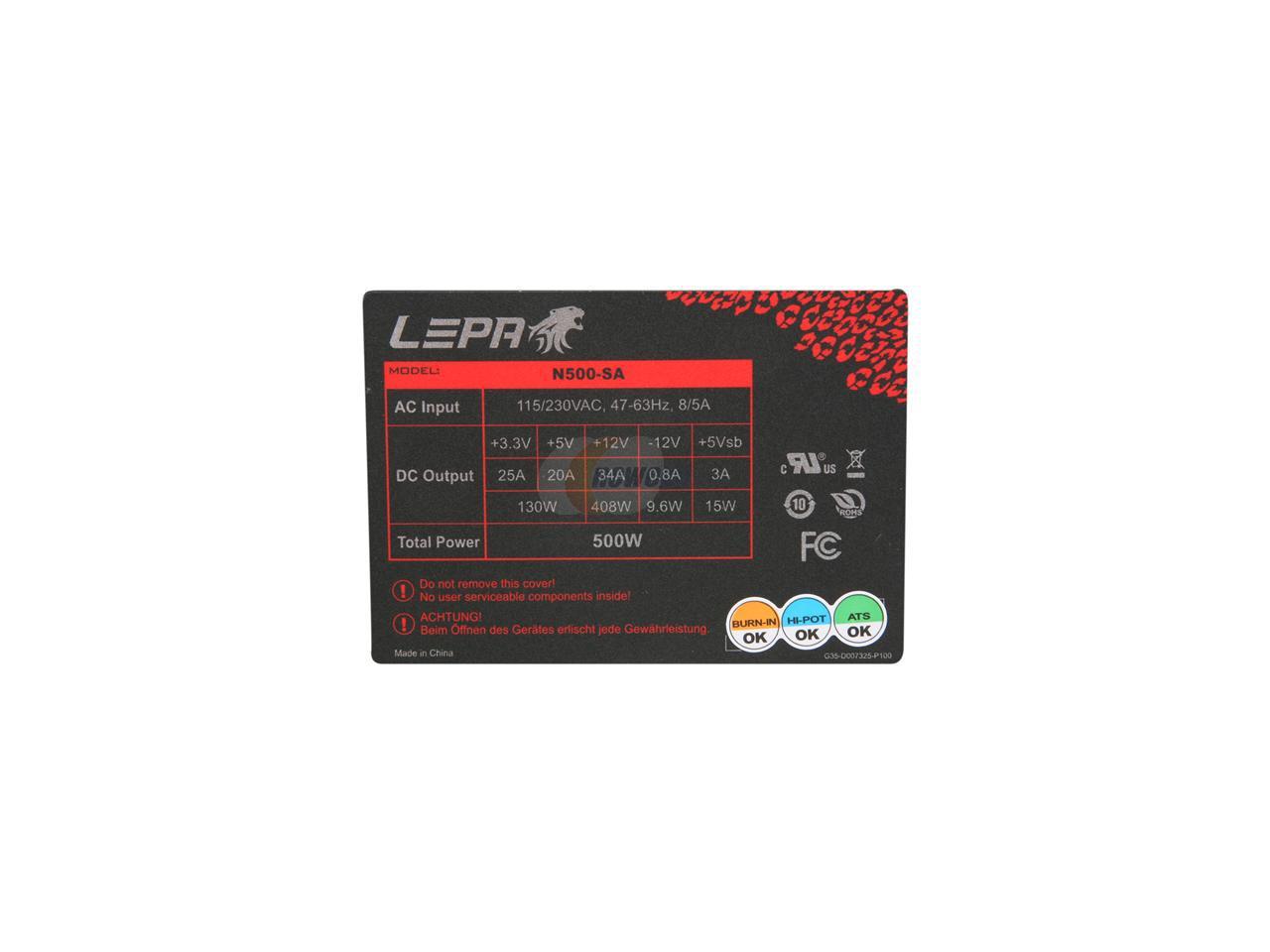 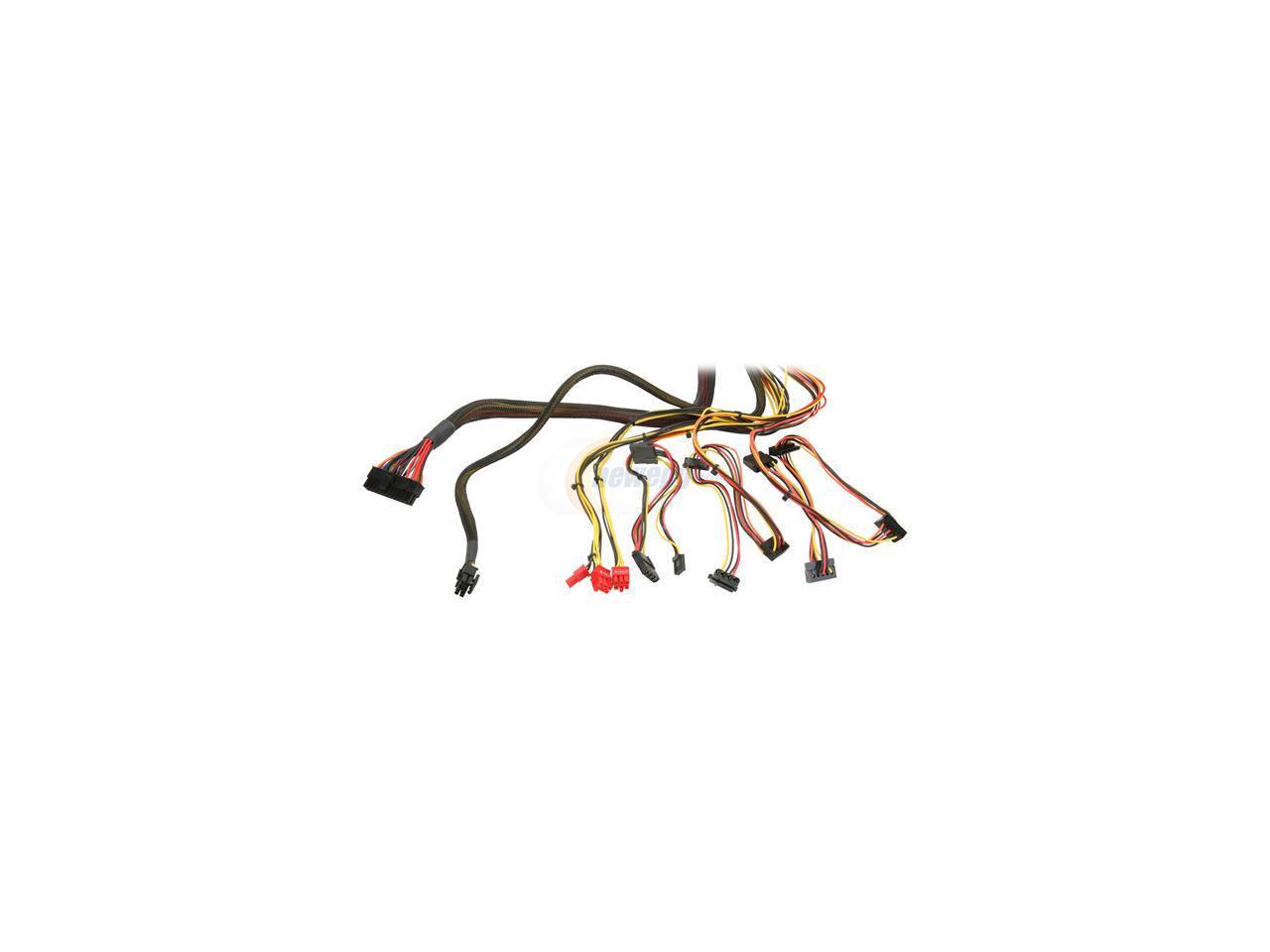 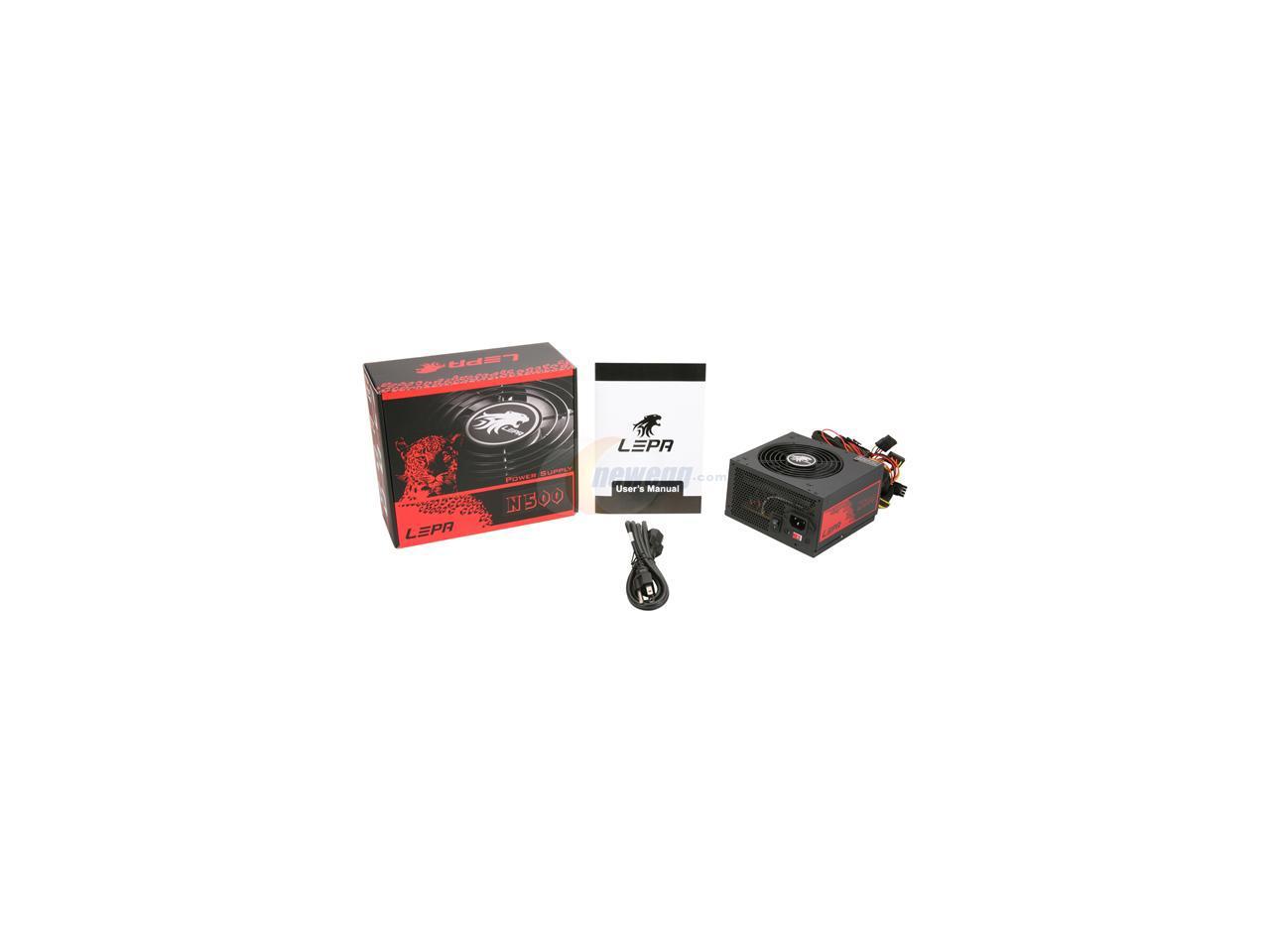 Learn more about the LEPA N500-SA

Pros: Works great, put this in my wifes new apevia x-qpack case, with its smaller profile. Powers everything greatly. for what its needed for.

Overall Review: If you need a decent psu and cant afford top names like corsair and the like this psu works great for htpc builds and light gaming rigs. Has pcie connector and will power mid range cards had it powering an amd radeon hd 6750 card no issues.

Pros: I usually run Seasonic power supply's but my old 775 socket velocity micro rig that was built with a generic power supply burnt out after 3 years of consistent use and i wanted to bring the system back to life as a htpc and file server since it was just living in my closet at the moment and i had just finished building my new 2600k rig so funds where a little tight. I ended up finding this little gem of a power supply by accident when i was browsing at my local shop for a cheap corsair unit. So far it has been running for 8 month no problems. Power supply fan is quite, has a nice looking case, was priced very very budget friendly but at 500 watts will take care of everything i need and still have juice left over. If you read reviews for Lepa online you will find there supply's are rated well and priced very nicely unfourntly a lot of people don't no about them or the quality they have and miss out on them

Cons: The only thing i can think of for this unit considering the price i got it at is only the motherboard and cpu power cords are sleeved with black nylon mesh the rest of the cords are not sleeved and are yellow and red but like i said at this price range for 500watts its to be expected plus you can always sleeve them your self for cheap.

Overall Review: I would recommend this supply for a budget build and this manufacturer for all there supplys.

Pros: Cables supplying MB are bundled. Plenty of connectors. Appears to be well made. Very pleased w/ PSU so far, runs my system perfectly - 3 HD's + DVD burner. Install was clean and easy. I've seen comparably-priced budget units that do not have the same power ratings. Yeah, it does not have the overhead of more expensive units, but for the money, a very good value.

Cons: None so far - time will tell.

Overall Review: Thanks NewEgg! Ordered on Wednesday, was on my doorstep on Thursday!

Pros: Powered up. Shuts itself off without frying if you hook something up wrong. does exactly what it's supposed to do. I researched other LEPA models before i bought this to see LEPA's track record, they are doing well

Cons: -The last month of it's life shut computer down at random times -Strange ticking noises -After one year of random shutdowns, it exploded. Thank Goodness my parts still work.

Overall Review: Never buying from LEPA again (just kidding, I'm not that closed minded, but it's definitely not on the list of trustable)

Manufacturer Response:
Hi, We apologize for the inconvenience. LEPA N500-SA Power Supply come with 2 year limited warranty. Please contact us via the contact information below. We will be more than happy to send you a replacement. Please kindly include a copy of the proof of purchase when submitting a RMA request. http://www.lepausa.com/warranty.php Please feel free to contact us for further assistance. Enermax support contact information Email: support@lepausa.com Phone: 626-913-8899 Thank you, LEPA Customer Service
kevin k.
Ownership: less than 1 day
Verified Owner
I got a Brick!5/17/2014 8:26:01 PM

Cons: After building my computer, I turned it on and I got Nothing, Zip. Congratulate myself getting a $40.00 Brick.

Overall Review: I am going to return this item and give them a second chance. I hope this is not a couencidence.

Pros: • It's the highest-quality 500W PSU Andrew Jackson and his twin brother are likely to find. • Even with its large fan, it's as quiet as a leopard that's being quiet, as the company name obviously suggests. • Enough connectors to simultaneously power several more drives and video cards than the minimum required to obtain your official "Nerd" status. • The awesome black finish may have actually given my CPU more megahertz. Don't quote me.

Cons: • The striking red lettering on the awesome black finish makes the rest of my computer look even more pedestrian than before, like putting a spoiler on a Ford Taurus. • No "80 PLUS" efficiency rating potentially means loss of sleep, wondering if it's costing you an extra $5 a year in wasted electricity.

Overall Review: My first reaction, before unboxing: "This is a surprisingly nice box. This FEELS expensive somehow. This didn't cost enough to warrant a box this nice." My second reaction, after unboxing: "THESE guys are out to grab a big hunk of market share." Turns out LEPA is a German company, which explains why the PSU is so well engineered. It just has this... AURA of high-class, high-performance. Probably the red-on-black again. It's like it's saying, "That power supply you bought with the color-changing LEDs is cute. Let me know when you're ready to race with the men, sonny." Make sure you read that with a German accent. Honestly, it's the kind of product/competition that should make the big names in computer powering and cooling uneasy. But here's what it comes down to: after installing one LEPA N500-SA in a computer that drives the video for a marquee 50" commercial menu screen, it was an easy decision to buy another one three days later when the PSU of the computer that runs our business' Laser Tag arena suddenly died. So yeah, it's fair to say I trust it with some pretty crucial jobs.

Pros: The N500 surprised me on what it could handle as far as power output goes. My OC'd 4.5ghz i5 system, with two OC'd GTX 660's ran flawlessly. I purchased this to get me by until my Corsair 750w supply arrived. While it was in my computer, there were absolutely ZERO issues with gaming, or anything else. I am now a LEPA fanboy for sure! Don't wait, buy it, it's a tremendously good PSU and an even better value.