Purchases from these Sellers are generally covered under our Newegg Marketplace Guarantee.
84 Ratings (93% Positive)
Shipped by Newegg
Sold by: 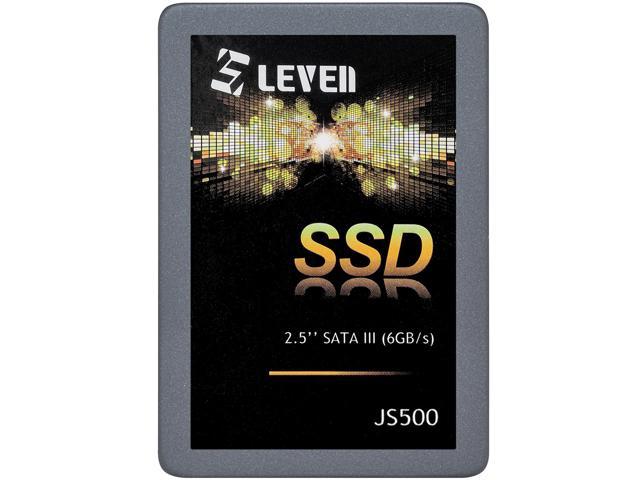 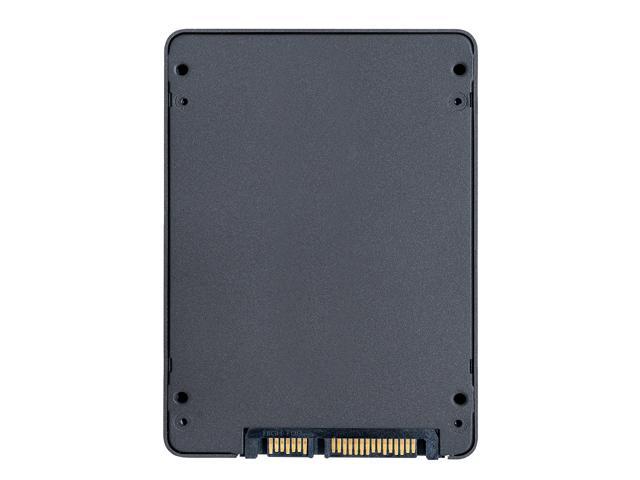 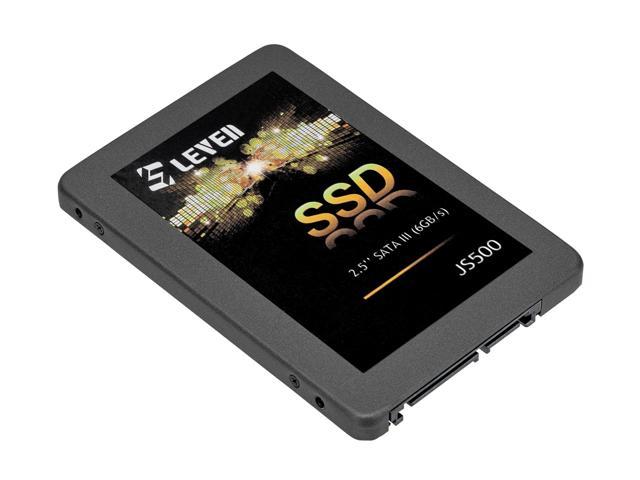 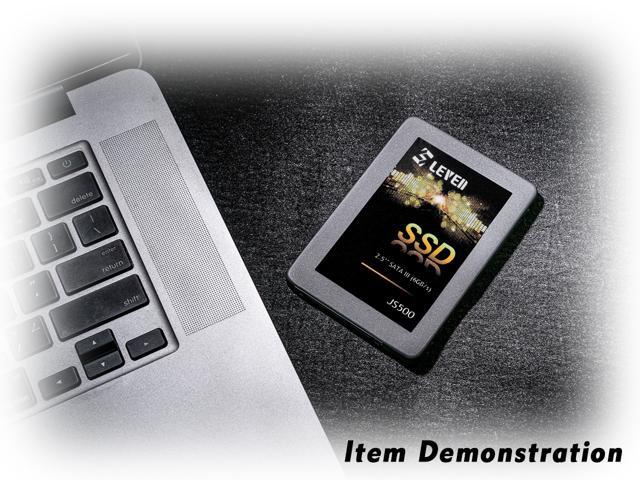 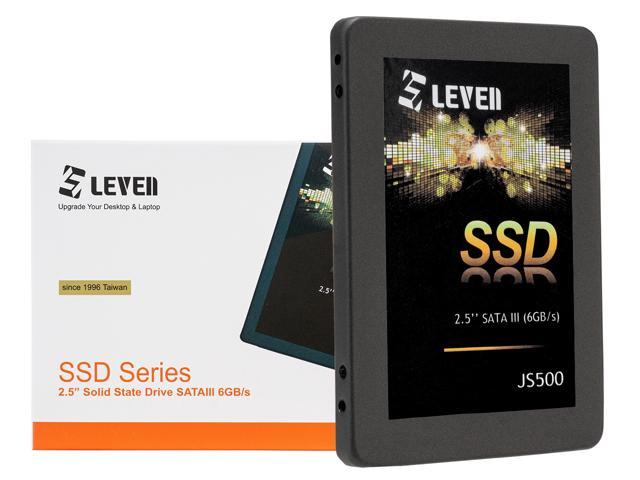 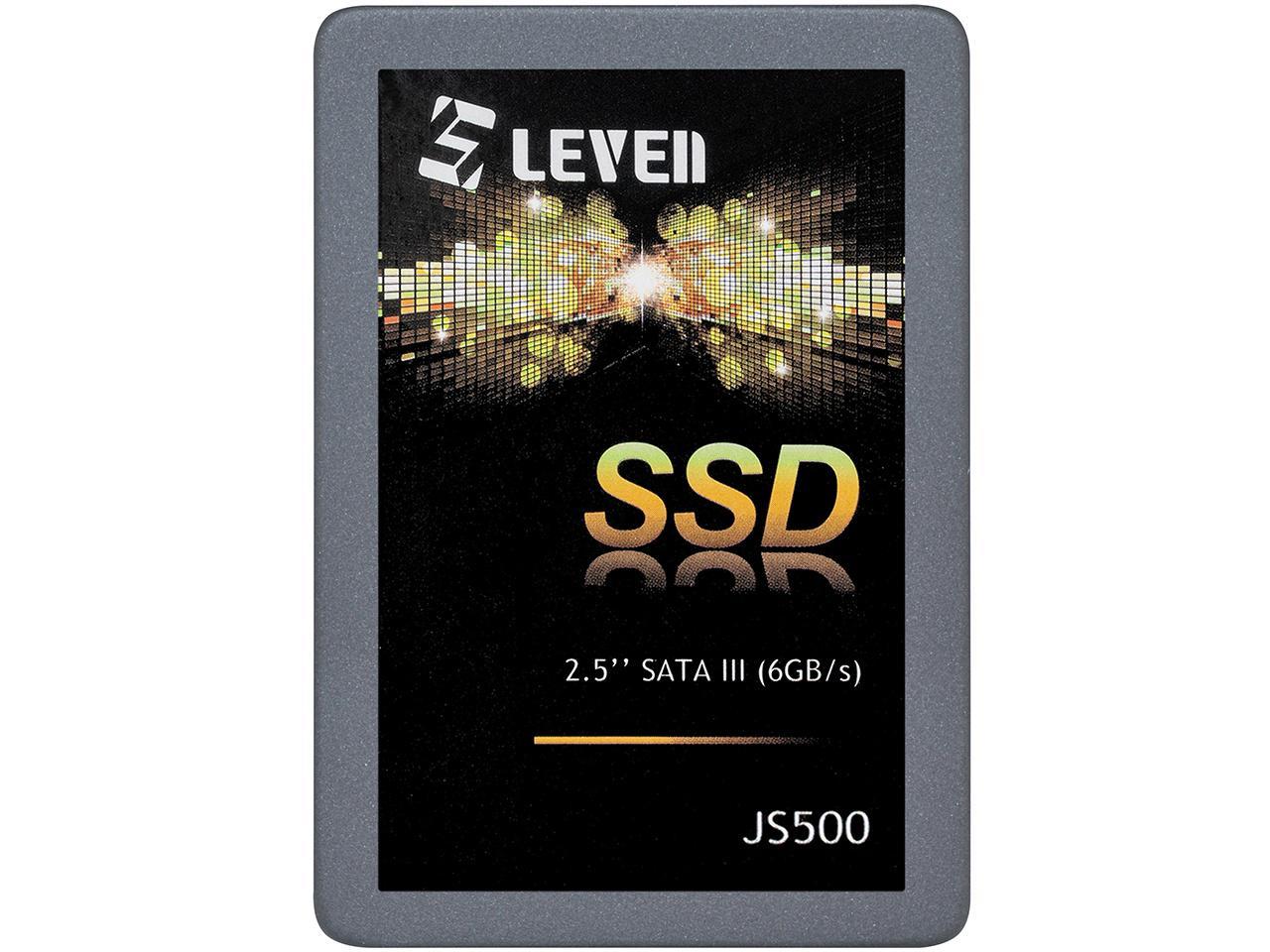 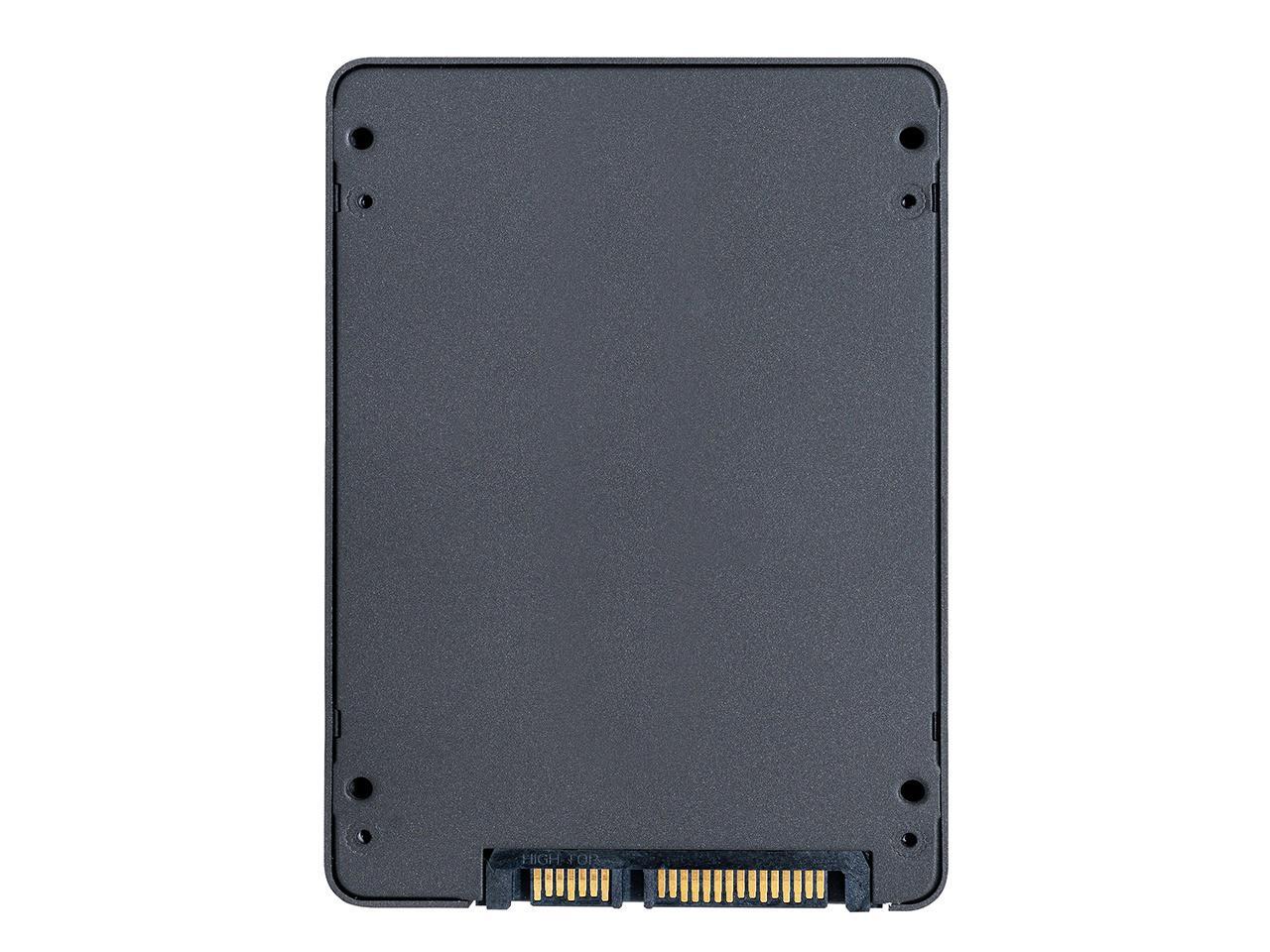 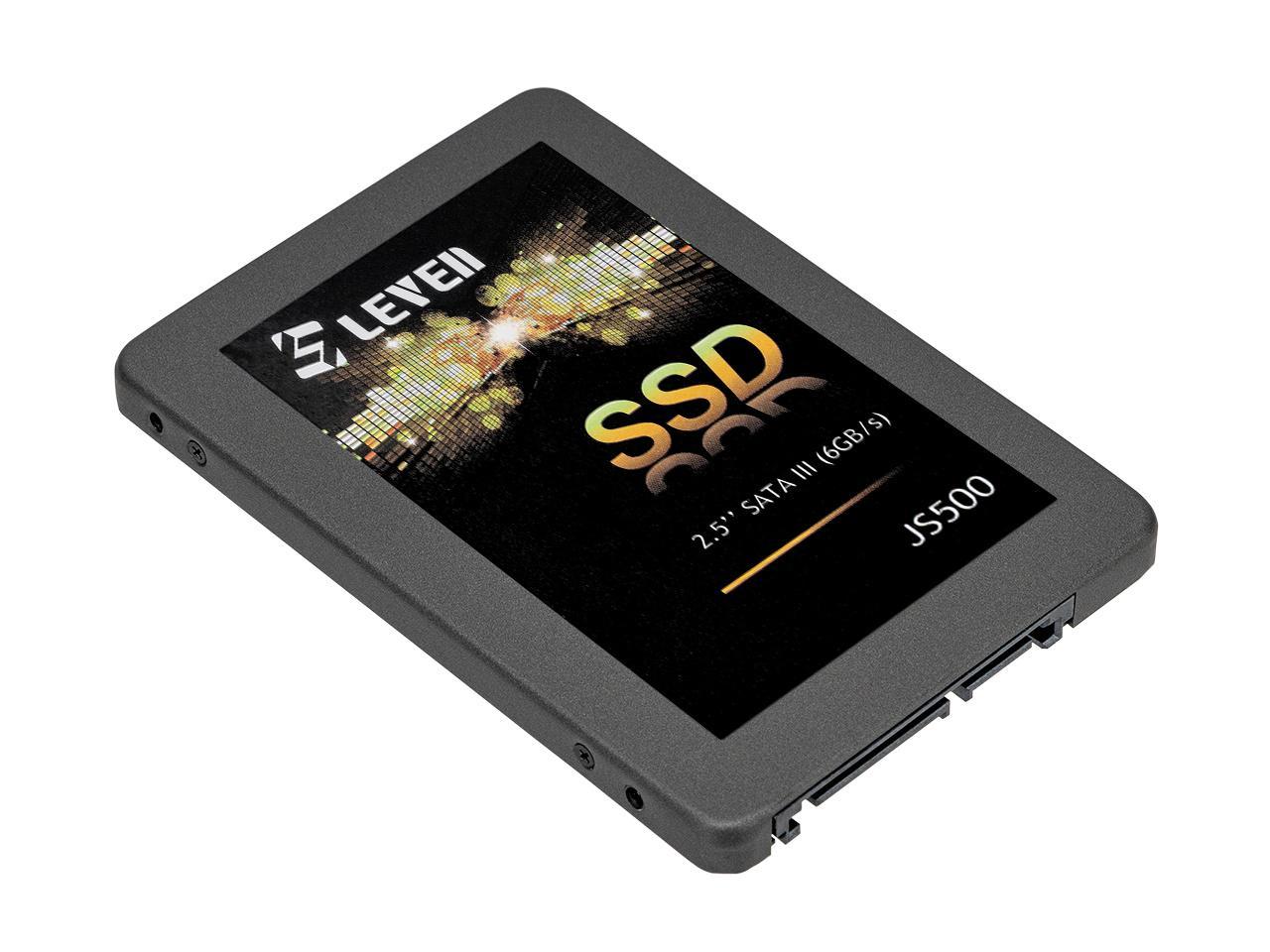 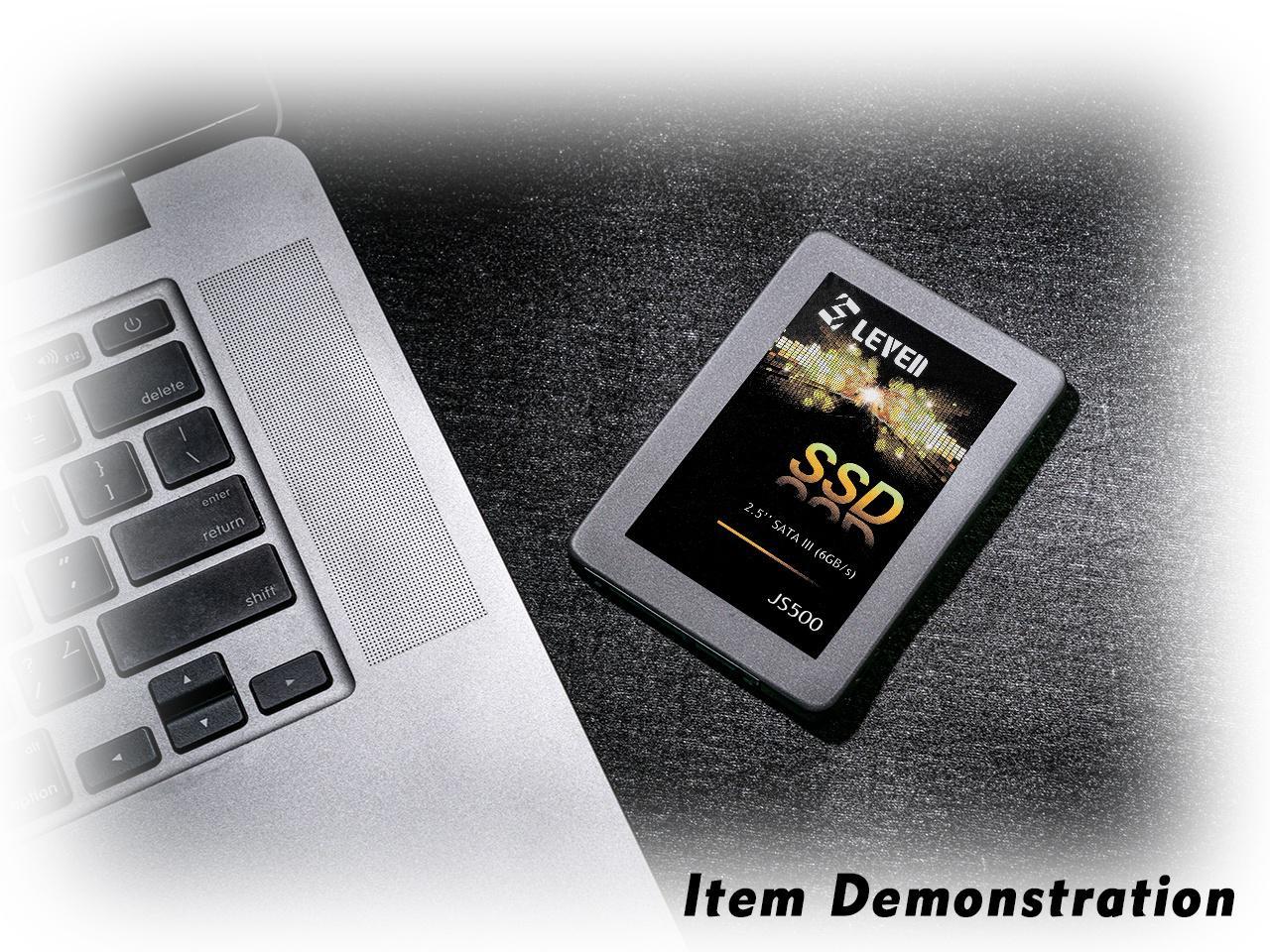 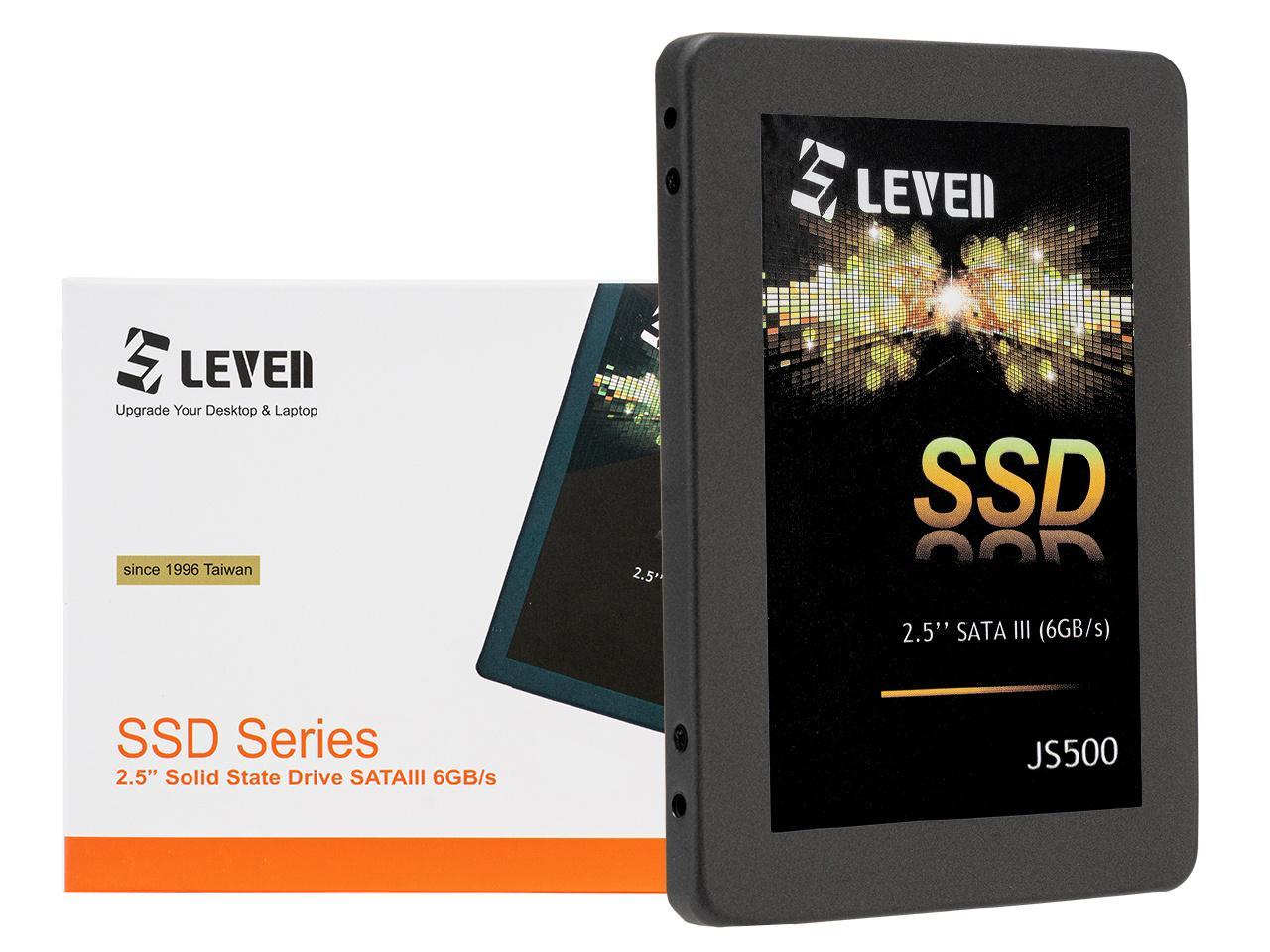 Learn more about the LEVEN JS500

Pros: - works properly under most conditions

Cons: - When doing initial bitlocker encryption or whole disk decryption, slows to about 20 MB/s with short bursts of faster activity every 10 seconds or so. Apparently can't handle heavy reading and writing at the same time - runs a bit hot, but even when taken apart and a supplied with a heatsink, that doesn't fix it getting overwhelmed and slow by very much.

Overall Review: I have a 2 tb sabrent tlc NVMe drive - it has chips covering two sides of an m.2 2280 board. This drive is also 2 tb, but it's composed of only two chips, a small driver chip and a relatively small flash chip. I have my doubts that it's really TLC. Encrypting my whole Sabrent NVMe with Bitlocker was fast, proceeding about 350 MB/s This drive on the other hand started out at about 170 MB/s then slowed to 17 MB/s with little bursts of 60 MB/s every 10 seconds or so. Putting a heatsink of it changed that to 21 MB/s with bursts of 200 MB/s. Lots of fiddling with it past that had no effect. Running disk tests during this showed horrible results. I backed out of encryption, which took forever. But once it was done and the background reads and writes were over, disk tests were back to normal and copying huge directories was normal. I haven't tried a huge write test beyond what Crystal Disk Mark does, but it can read for 15 minutes straight and stay fast. Next time, I'll go with a more premium brand if I can still find TLC in it.

Pros: Got the JS300 1.92TB version when it was on sale. To be used exclusively as a game drive, so if there's any data loss it'd just be an annoyance. I'll be using it in a PC but should make be decent option for a PS4 upgrade. TLDR For reads it's fine, but if you need write perf it's a hard pass.

Cons: After a fresh format this SATA SSD's R/W perf is about the same as any other. However, while testing and having it filled to ~2/3 capacity I noticed the write performance tanked HARD. From a rather stable 300MB/s+ down to ~30MB/s. And I was using multi-GB video files for testing. Fortunately only writes seem to be affected. Reads, even with drive near full were still at typical SATA SSD advertised speeds.

Overall Review: Uses the SM2259XT controller. Nothing fancy but stable and pretty much the de-facto budget controller. Whether this particular drive uses TLC or QLC is up in the air as the markings on the NAND are proprietary. But also the fact that this 2TB drive only utilized a single NAND chip is likely a major contributor to it's poor performance. Also particularly liked how the warranty void sticker was placed over the mounting screw holes. And even though I didn't utilize mounting screws the sticker still tore off anyway sliding it into my desktop's caddy.

Cons: The seal on the product box had signs that it had been opened, and the seal on the actual drive had signs that it had been peeled away, making me believe I might have a refurbished product, which would be fine, except I didn't pay for a refurbished product. Also, Newegg locked my initial rating of 5 eggs in before I even submitted this review, which is bogus because I want to change it to 4 eggs. Would it have still locked if I had put in 2 eggs? Bad design, Newegg.

Overall Review: Give it a shot

Cons: After just 2 months 1 of the 4 failed. All 4 run at 2x the temperature of the equivalent Samsung SSD. We'll see if LEVEN memory support exists..

Overall Review: Good product, right up until it isn't.

Overall Review: These are perfect price and capacity for a boot drive. I prefer my operating system to have its own SSD all to it self and using additional tiered storage drives. This allows the reformat of the boot drive without any loss of personal data. My setups use 128gb ssd boot drive + 1tb ssd for just games + 4tb hd for file storage.

Pros: Stand alone it is pretty fast, not having heat issues that would cause it to lag. So far good replacement drive for laptops.

Cons: Didn't perform so well in a RAID environment in speed tests, but also didn't burn out either. I purchased 4 of them and tested them in RAID 0,5,10

Overall Review: Great drive for the the price point and has decent speeds. No complaints

Cons: No cache but it does get the job done.

Pros: Replaced my father's small 128GB SSD that was full with this. Used Macrium Reflect 8 to clone the C drive, and it did so quickly in less than 20 minutes. Pulled the old drive, and Windows didn't make a fit with it.

Cons: The JS500 2TB I ordered came with a plastic body. I expected Aluminum but I doubt it'll effect the performance or life much if any.

Overall Review: Good product. Will expect it to last quite a long time.