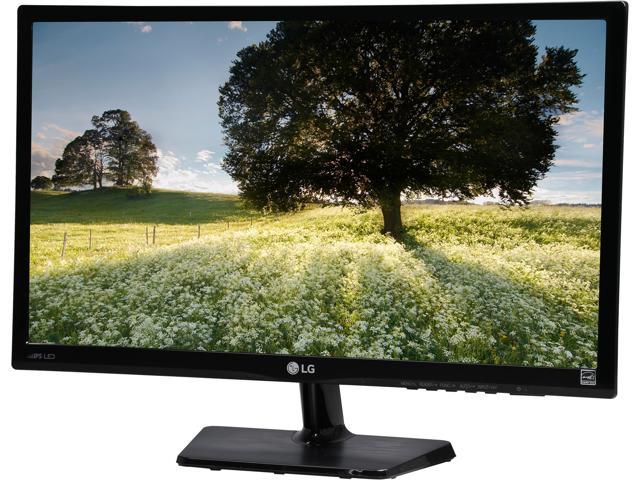 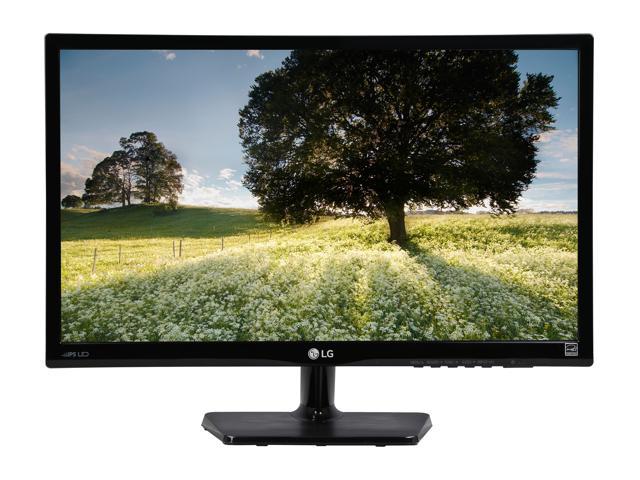 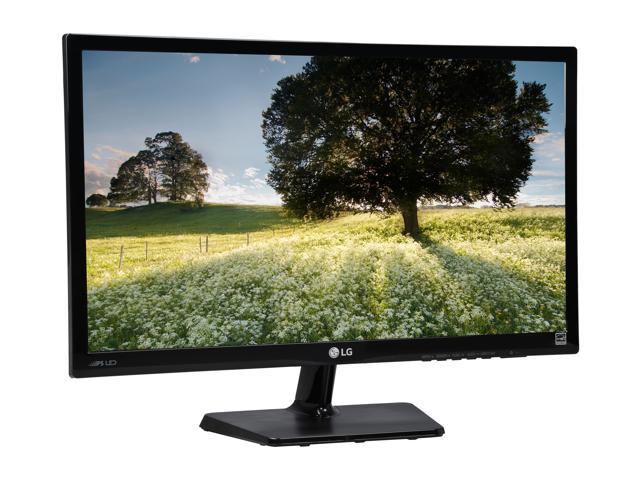 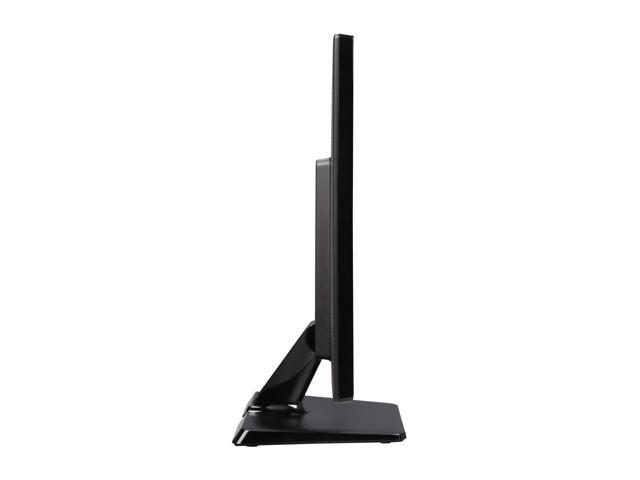 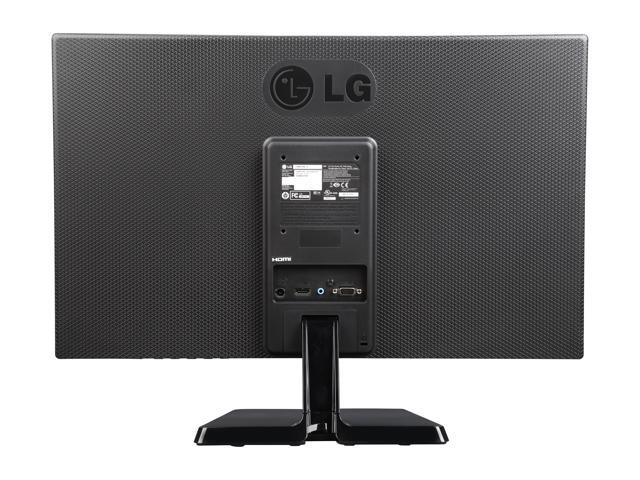 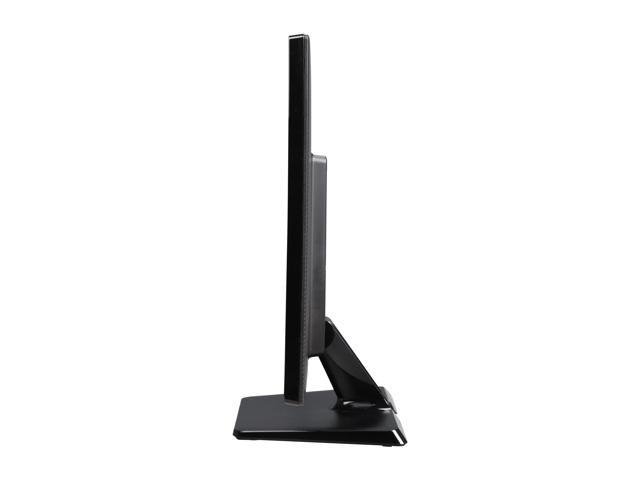 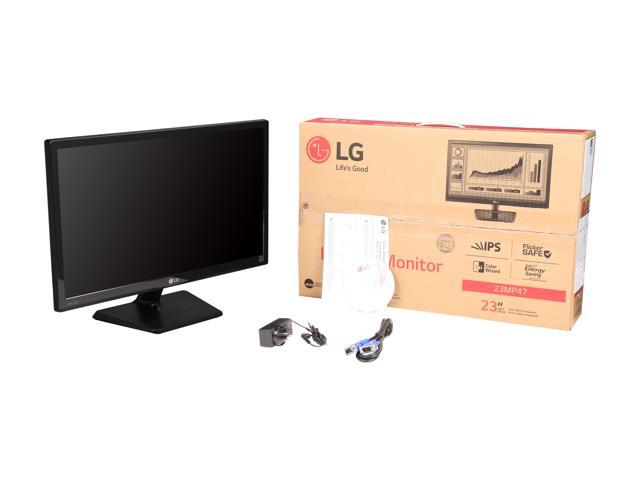 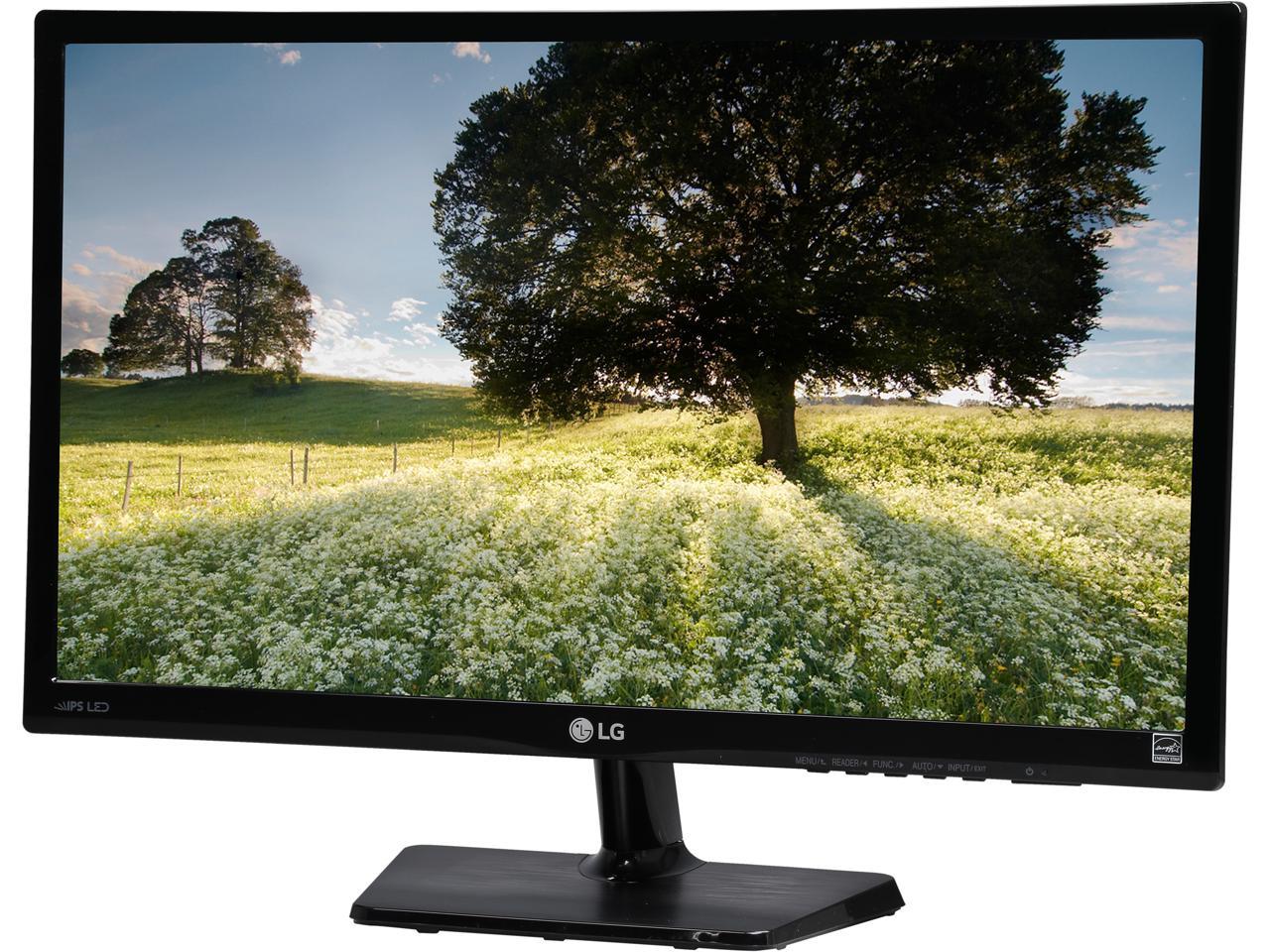 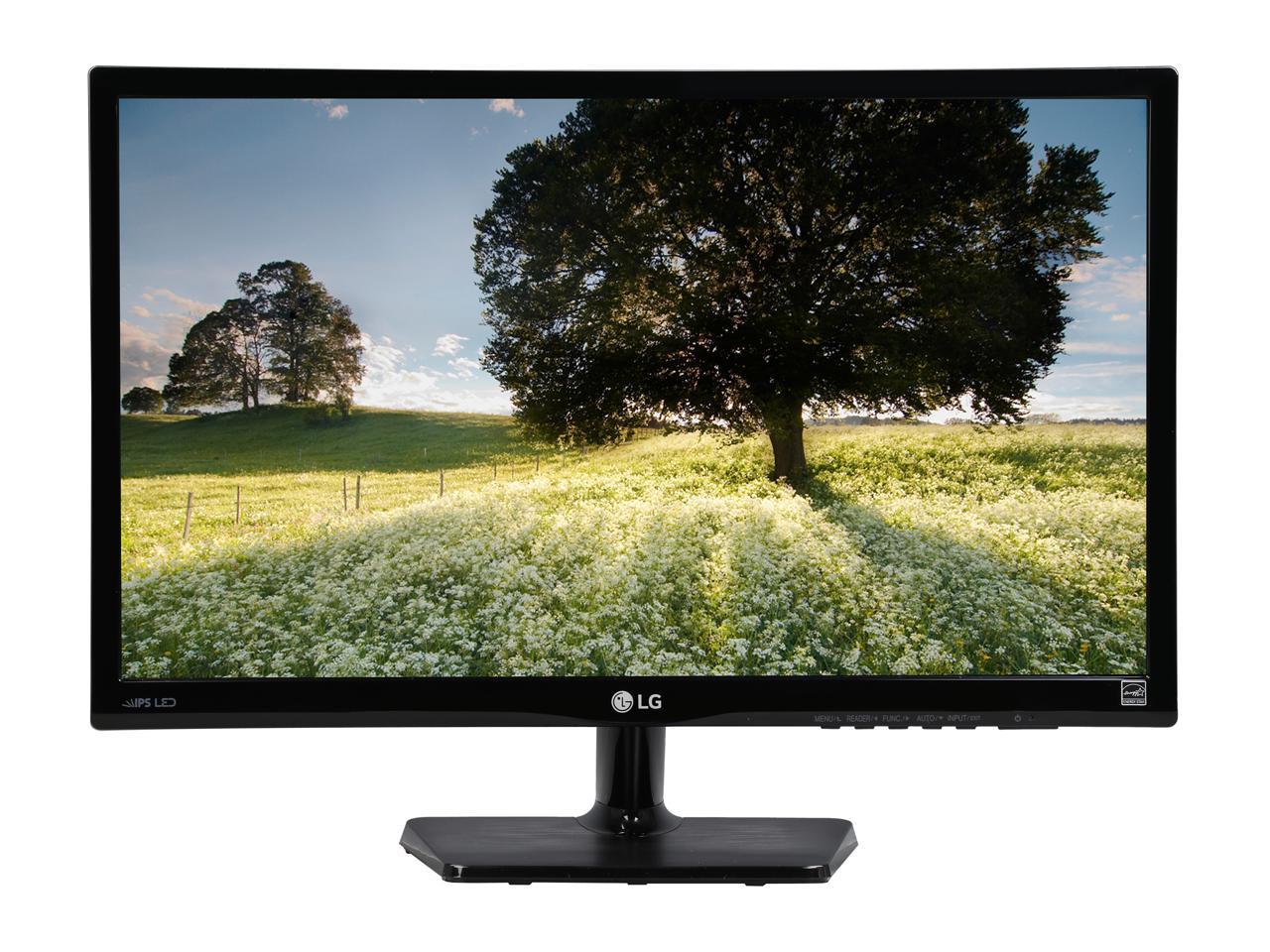 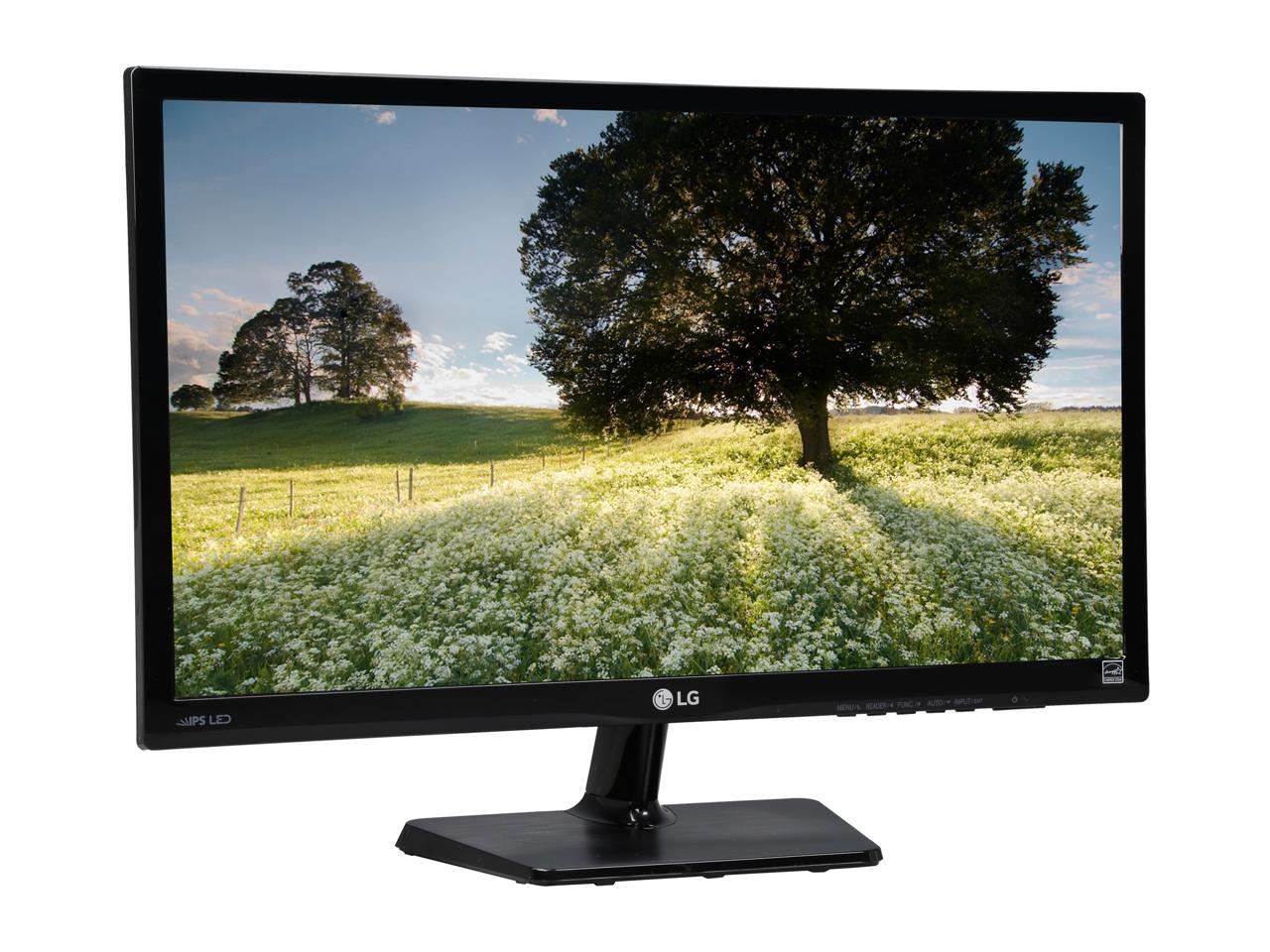 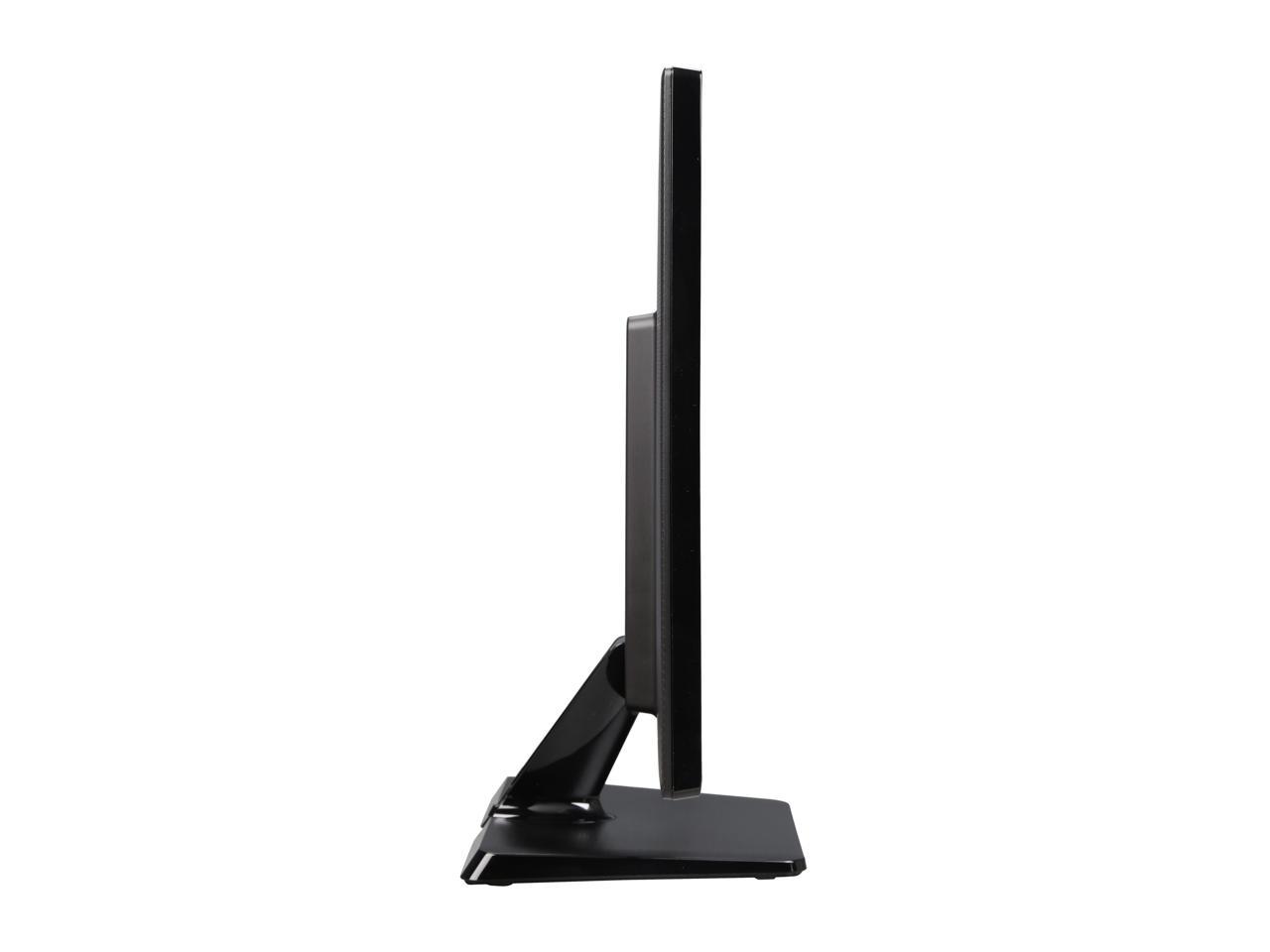 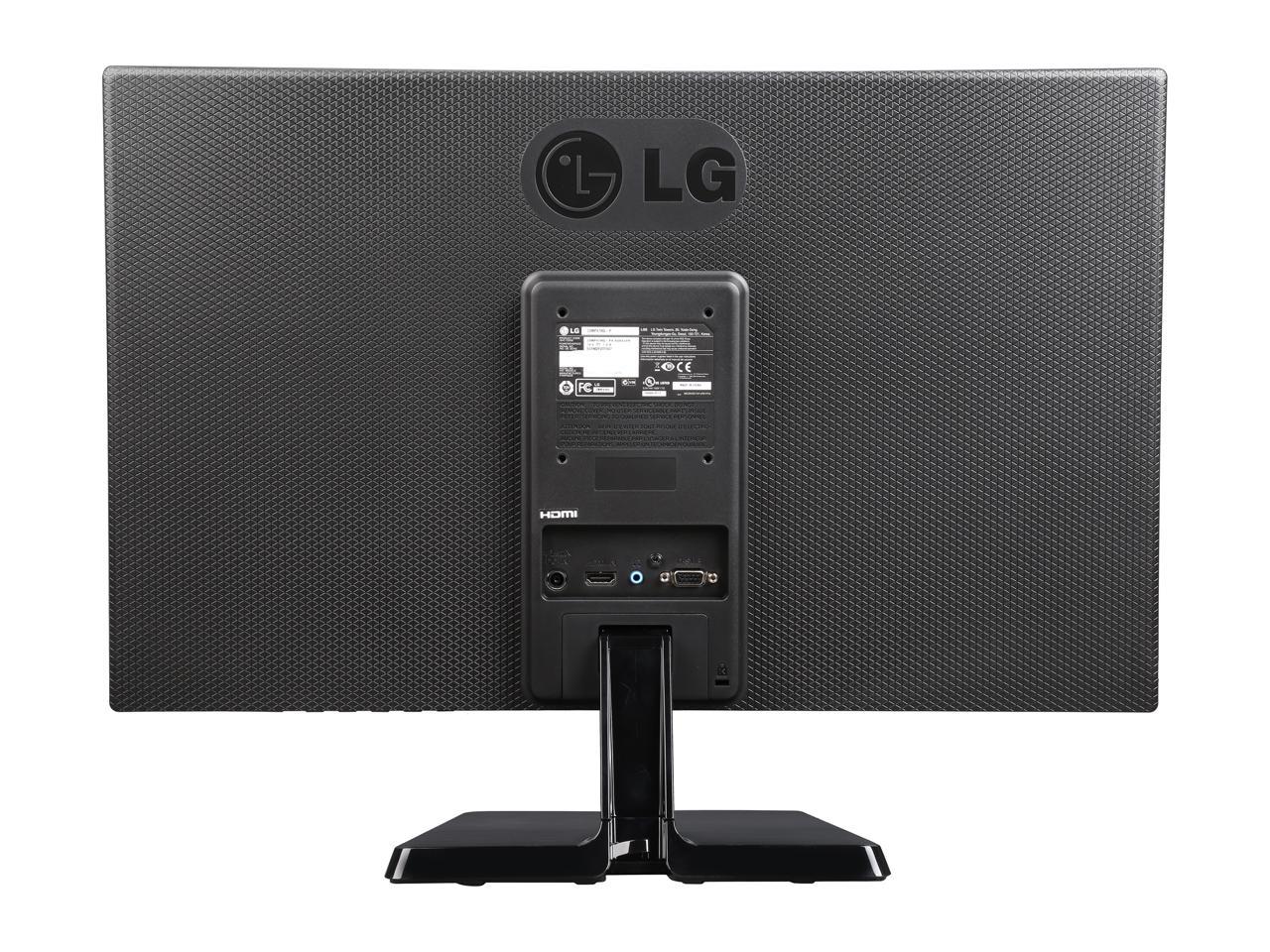 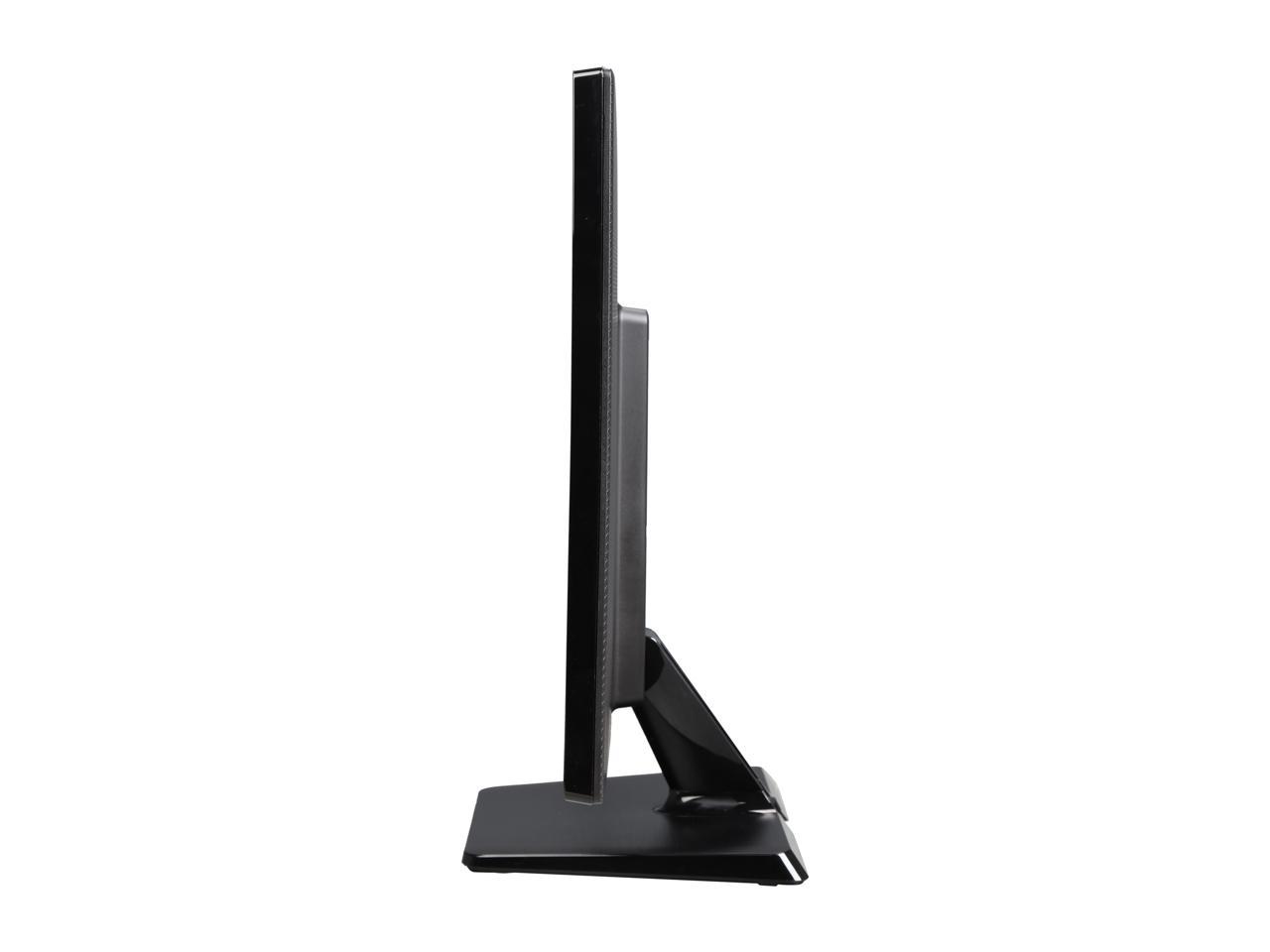 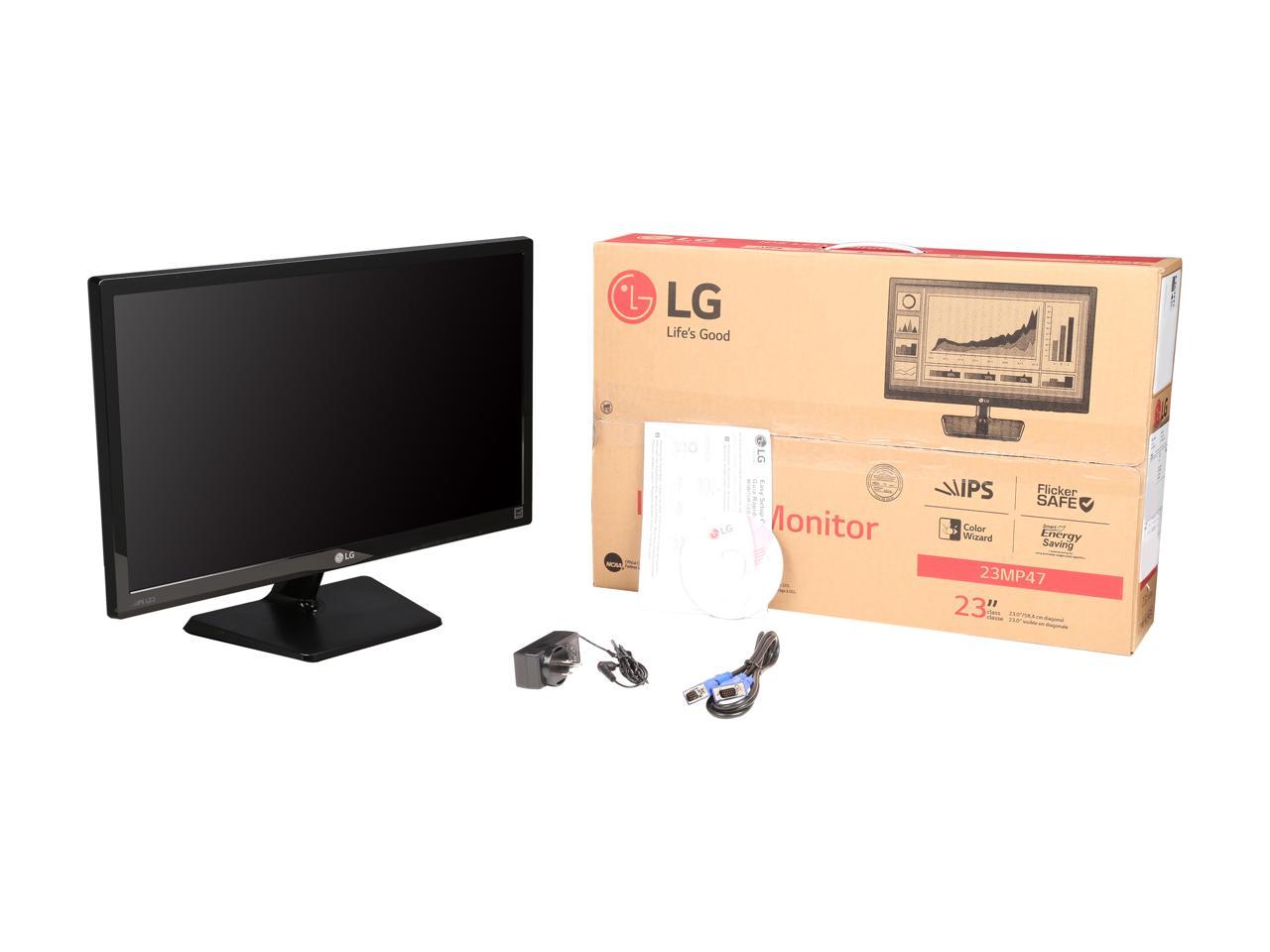 (64) Write a Review
OUT OF STOCK.
Overview
Specs
Reviews

Pros: - IPS is definitely an upgrade from my TN panel - Has VESA mounting holes - Got it on sale, free shipping - was super cheap

Cons: - The stock stand is quite wobbly - The factory settings out-of-the-box were laughable at best. Fortunately, with some basic gamma tweaking and Windows color configuration I was able to get my desired settings. - No DVI or Display Port - HDMI and VGA only. - Came with the VGA cable only. - No built-in-speakers

Overall Review: This monitor was the PERFECT purchase for ME, but likely not everyone. Here's why: 1. (Wobbly stand). I haven't set it up yet, but I plan to use a VESA mount to hold the monitor. As a result it was okay for me to cheap out on the stand. 2. (No DVI, etc.). My other monitor has a DVI port so it was fine for me to have HDMI only. Also I didn't care that it doesn't come with the HDMI cable because I have a bunch of HDMI cables lying around. 3. (No built-in-speakers). I never use my monitors for sound because I like to use separate speakers. Basically, this monitor cheaps out on everything minus the VESA mounting holes - which is exactly what I wanted. The panel itself is as good as any 1080p IPS. In fact, LG supplies the panels for some of the other monitor suppliers (e.g. Dell), so don't worry about the panel itself.

Pros: Quick and easy assembly. Simple and intuitive setup and controls. Very light weight and easy to transport if needed. Screen is amazing, crisp and bright. Contrast is great with no screen flicker at all. Colors are vivid and accurate. 23” is perfect sized and nice upgrade from 19” LCD Uses half the power of LCD my former 19” LCD and 1/10th that of most 17” CRTs (if anyone is still using them!) Fantastic value at $99.99 with free shipping. Fast shipping. Arrived in just 2 days.

Cons: Have had this monitor a couple months now. No cons at all.

Overall Review: Some have mentioned the stand is shaky or wobbly. On my sturdy desk, I have no wobble or shake at all. The power cord is short, but plenty long enough for my use. It's something you might want to check before ordering, just in case. There's no HDMI cable, speakers, or DVI connection, but that's a given since it's not listed as including them. I would highly recommend this monitor to anyone looking for a replacement or upgrade. You get a great product for the money. Excellent value.

Cons: - Wobbly stand, and it only tilts up and down - No built-in speakers - Only HDMI and VGA inputs

Overall Review: I ordered the monitor Monday night, and the thing came in today (Wednesday) at noon. It hardly took over 36 hours to ship to my doorstep! This is more of a first impressions review, and I may update it as I see fit. As stated in the pros, this was an upgrade from a 20" 900p monitor which is now running alongside it. The matte screen looks awesome. Out of box, the colors aren't very good at all. After a little for about ten minutes, though, I got the colors to a more acceptable level. I'll need to do some final touches at a later time, though. I wish it came with built-in speakers because I don't have any, but for the price I can't complain. The stand is quite wobbly, but if you don't shake your desk much it's not an issue. Matte is awesome compared to a glossy screen. Shining my phone's flashlight at it doesn't make a mirror-like reflection like my glossy monitor does. For some people, only having and HDMI and VGA input might be a bad thing. I would have liked a DP connection, but my graphics card had an open HDMI out, so it worked well for me. The reader mode is a nice touch. If you hold down the "Reader" button, a menu is brought up with two different presets that change the colors to make it easier on the eyes to read. So far I'd definitely recommend it. I've watched some videos, played some games, and browsed the internet and haven't had any issues. I pulled up a white image and didn't see any dead or stuck pixels.

Pros: I got it for about $130, so it was a fantastic price for a 5ms, IPS monitor that looks amazing (when it doesn't have back light bleeding)

Overall Review: Did not come with HDMI cable, only VGA. Only has HDMI and VGA ports.

Pros: Once I played around with the color calibration to match my LG34UM95 (which was factory calibrated out of the box), this monitor looks great. The whole thing is very lightweight, and draws very little power. The glossy bezel isn't large enough to be too distracting, and the panel handles glare really well. Plugged in via HDMI to my computer, no problems at all with black bars or anything like that, it just works.

Cons: Not a huge mark against it, but it only has HDMI and VGA inputs. DVI would have been great. Luckily I had an extra HDMI cord lying around since it doesn't come with one (not listed as in the box though).

Overall Review: A bit of light bleed in the corners, mostly lower right in my case, but not to the point where I'd return it. Monitor menu for calibration has a ton of features, but navigation would be so much easier if there was an 'up' button instead of scrolling through everything again if you miss an option. Apparently this has speakers too, haven't bothered trying them out. All in all, a great monitor for the price, definitely recommended as a cheap second or third display.

Cons: Stand is fairly wobbly and flimsy, it would have been nice to see DVI input as well.

Cons: Burn in, flickering screen ( extremely noticeable ), monitor burn in with relatively short time left on (max 3 hours~) After less than a year it has broken in this way, I'm very upset about this considering I baby all of my monitors ( turn off when not using etc) - I believe that this is a manufacturer issue and I think it should be replaced.

Pros: Ordered two while on sale. They both appear identical, no quality issues so far. They work well for gaming or work via HDMI or DSUB. That's all the ports you get! These monitors do have on-board audio they just lack speakers. Connect via HDMI and connect a set of speakers/headphones into the back of the monitor and there you have it audio. Which works fine for me as I have a spare set of speakers available. However don't be in any doubt that the on-board audio (or your computers on-board audio) is any match for a half decent dedicated sound card!

Cons: As many others have stated.. the base attachment is rather flimsy and the monitor does wobble around quite a bit when using any of the buttons. I would advise when putting it together to ensure there's a click when each piece comes together. Seems easy to just slot it without the click then the monitor is highly unstable.everything is snapped together with some firm (not rough) pressure. However those of you planning to use an alternative mounting system won't have these issues. There are only two ways to connect to your PC DSUB and HDMI works for me and for most recent PC's.

Overall Review: If your in the market for a low cost, good quality 1080p monitor from a brand name company. You really can't go wrong with these. If the mounting system annoys you enough you can purchase a universal mount. Then again that begs the question.. should you spend more and get a monitor of equal quality or better that already has a decent base attachment in the box for a few $ more?