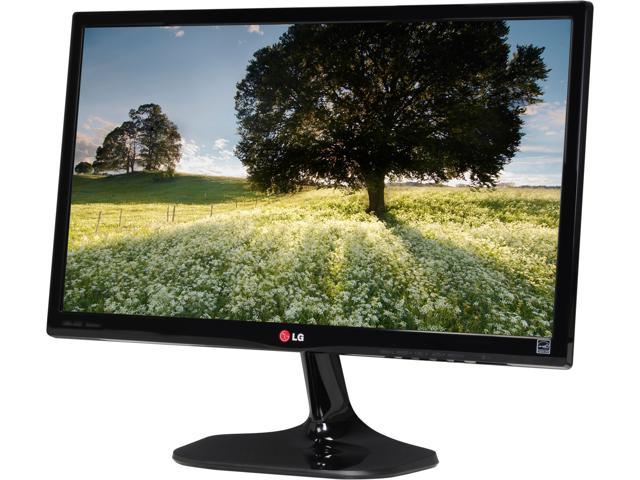 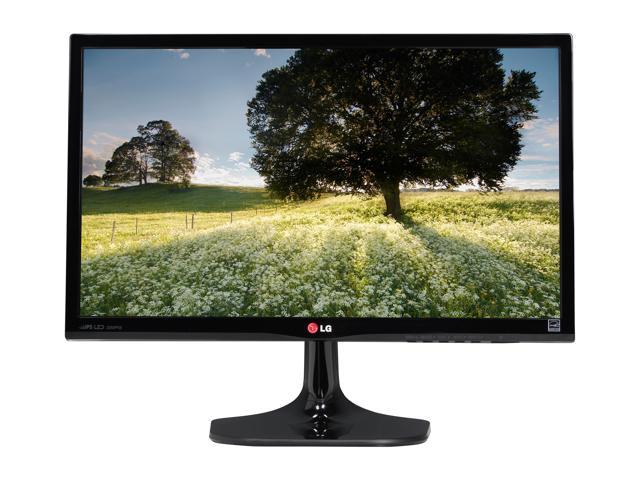 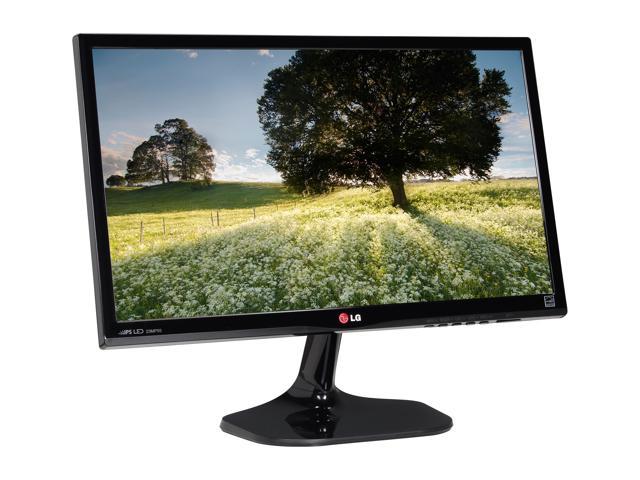 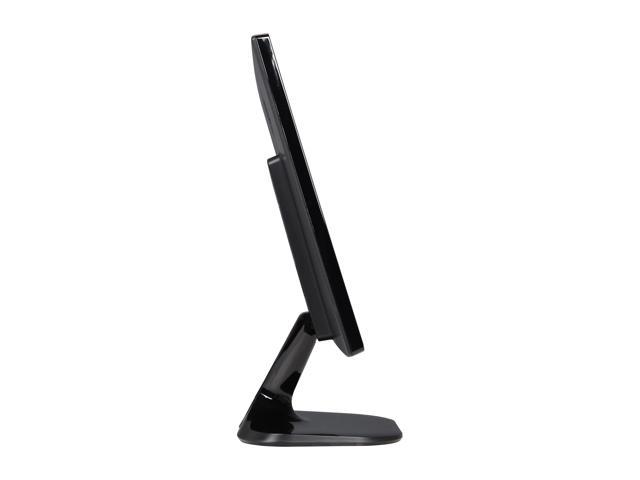 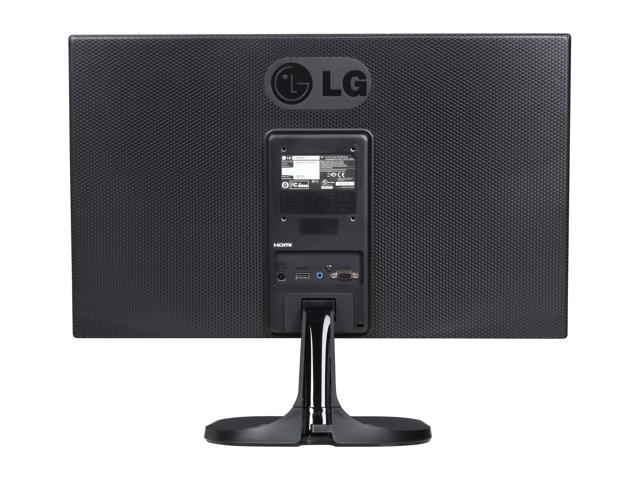 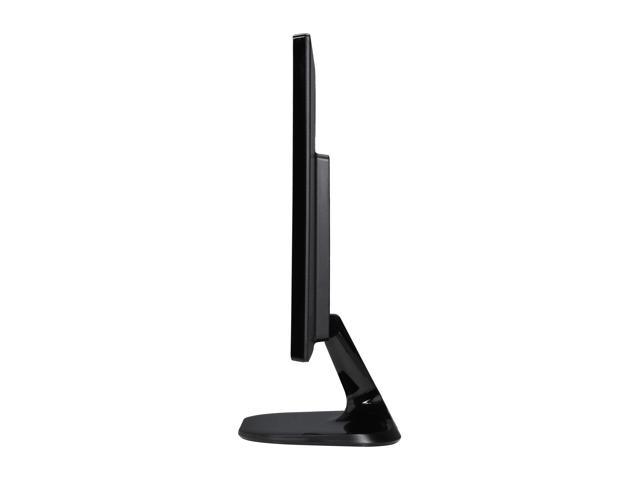 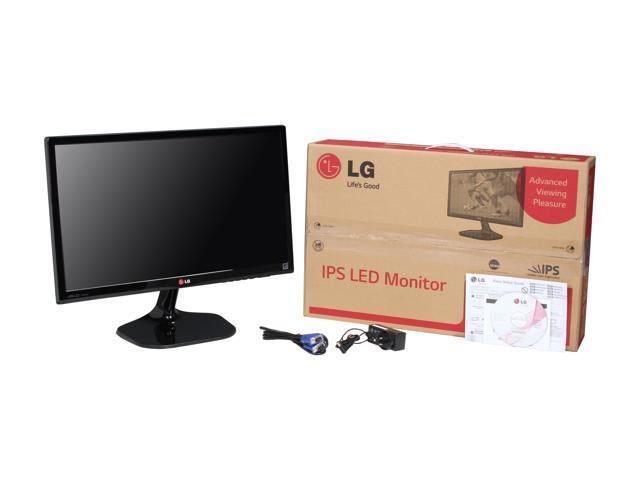 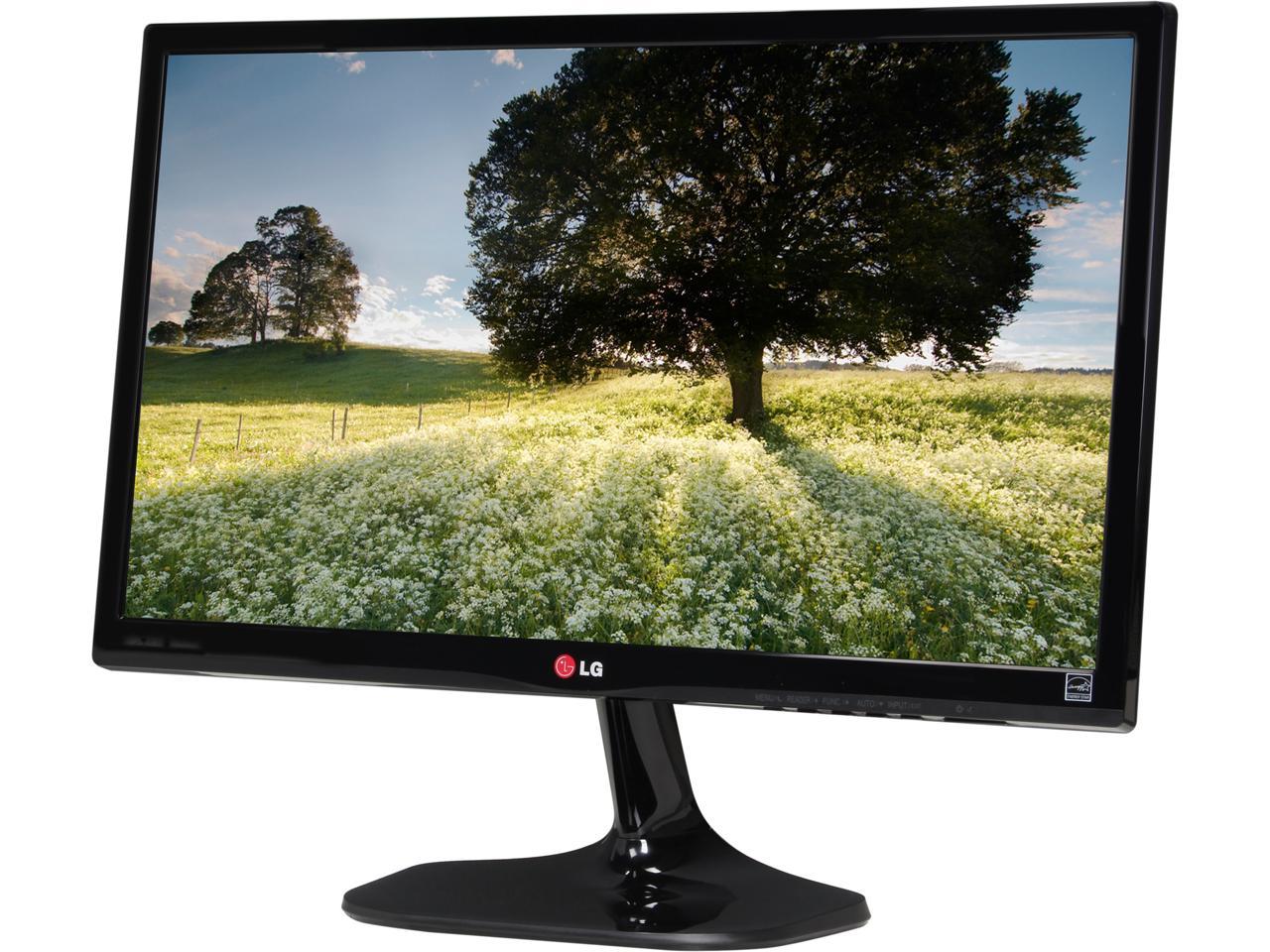 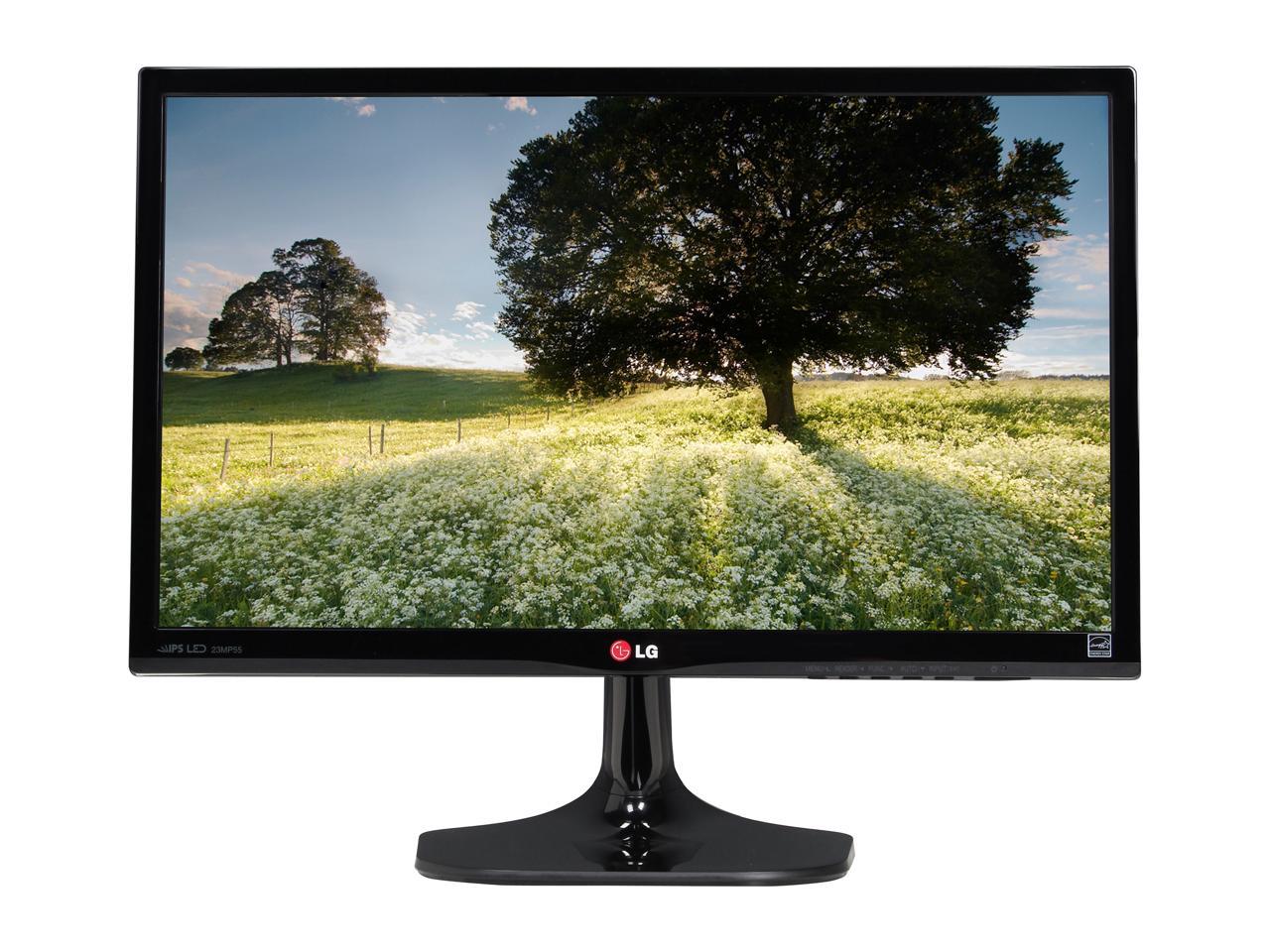 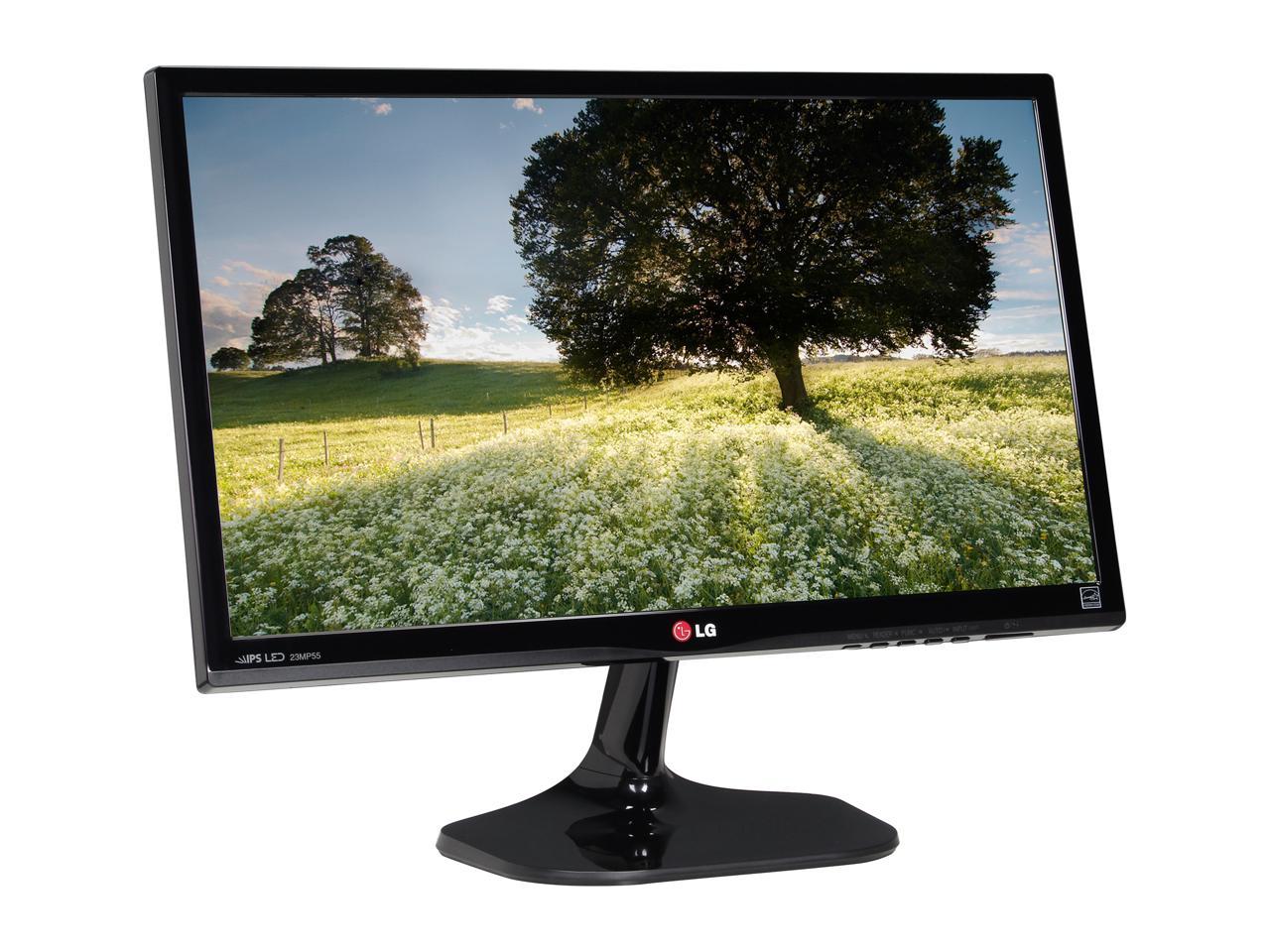 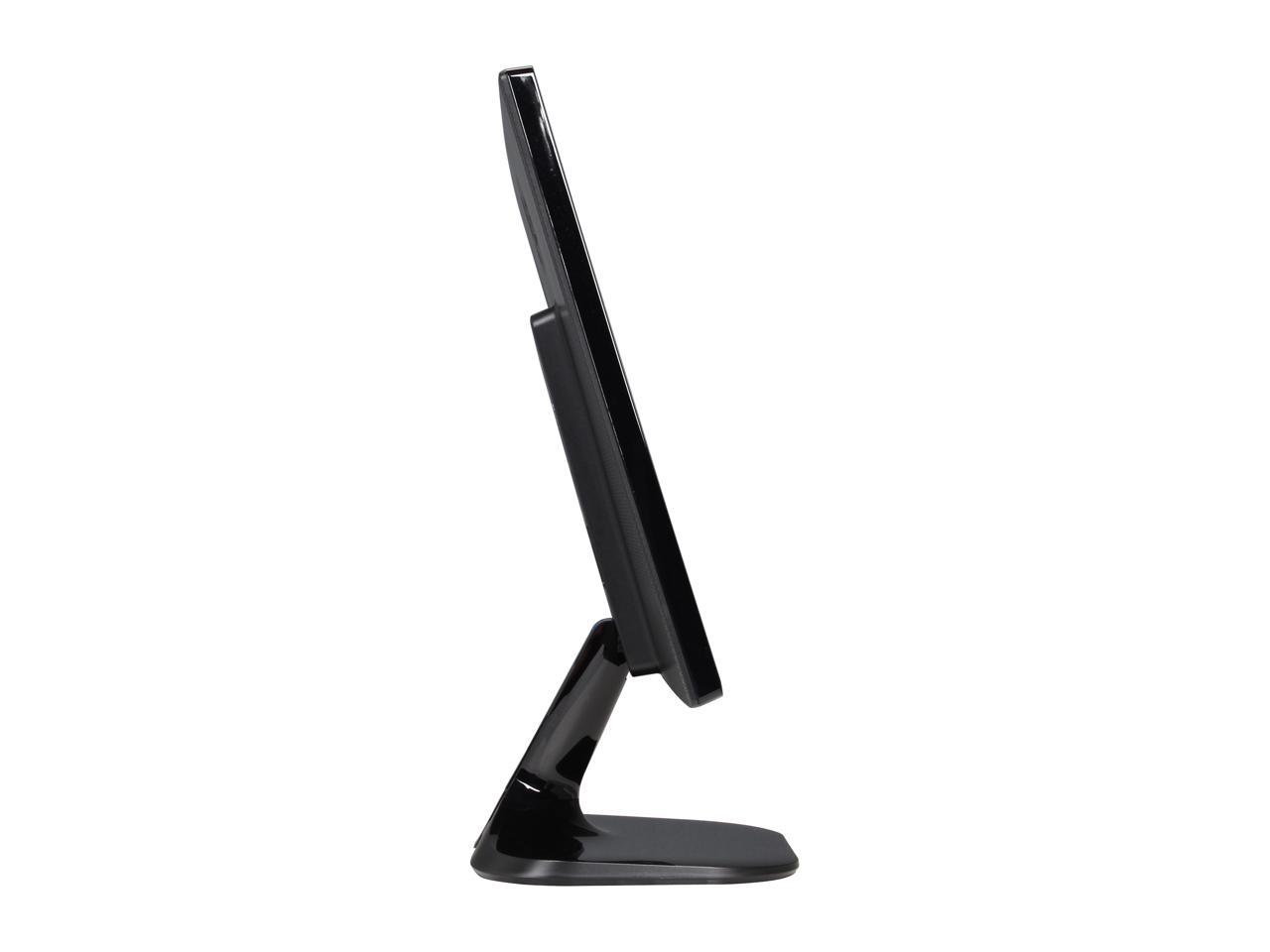 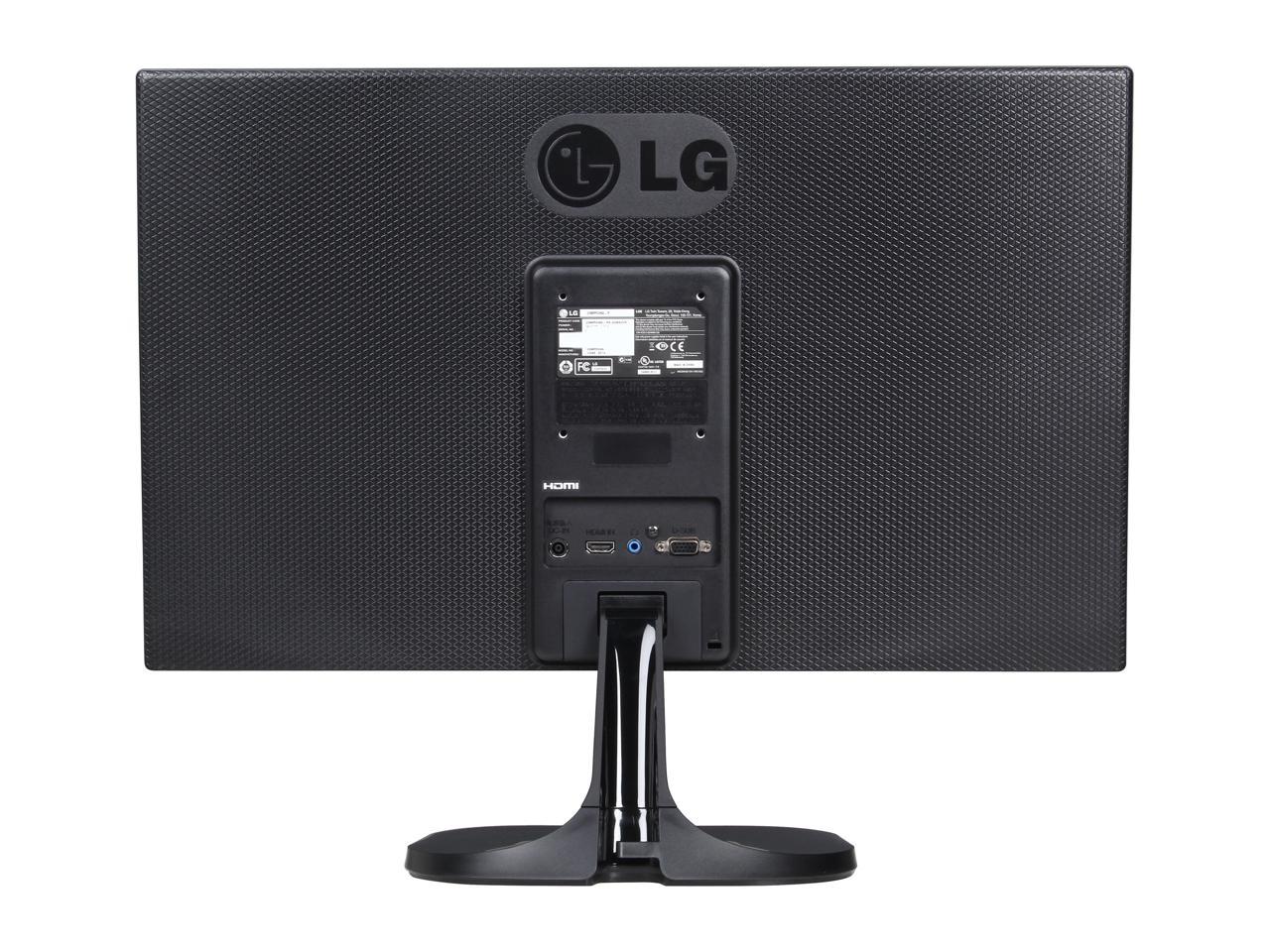 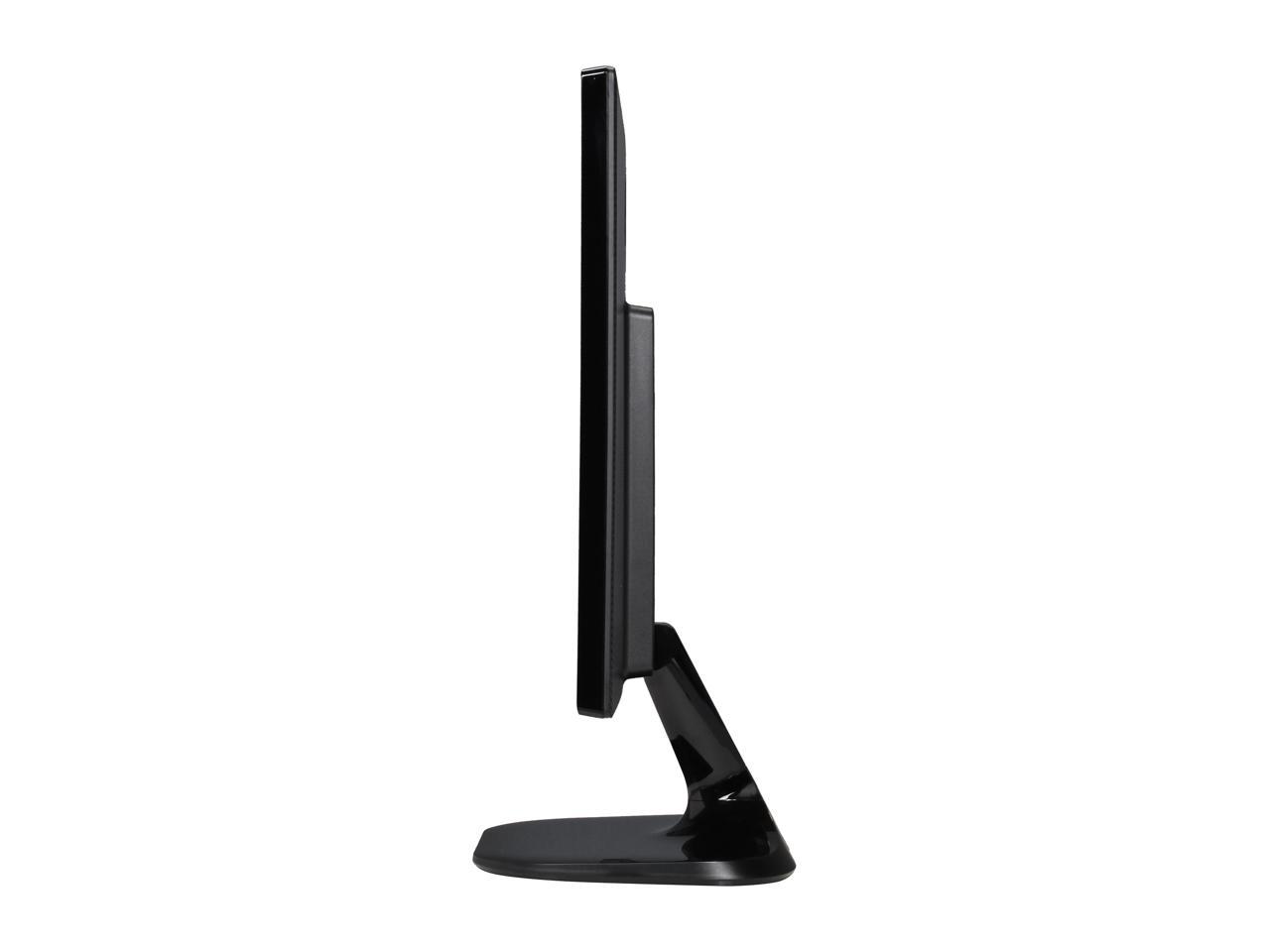 Using the right computer monitor might be the difference between a good presentation and a great presentation. LG offers dozens of innovative options to help you make the right impression, including 3D monitors that bring two-dimensional images to startling reality, IPS monitors with wide viewing angles and virtually no color shift, slim LED monitors, and ultra widescreen monitors that can be split into up to four windows for the ultimate in multitasking. Explore our full range of LG computer monitors, as well as our newest computer accessories, and create a space that's as functional as it is stylish.

Cons: No DVI input. HDMI and VGA only. No height adjustment.

Overall Review: The monitors seem to have high quality construction. Display is very crisp and clear. Some have complained about the default monitor settings, but I found them to to be fine. The picture quality reminds me of ultra sharp monitors. I only used the VGA connection, not the HDMI, so I can't comment on the resolution issues some seem to be having when connecting with HDMI.

Pros: 1. Picture quality is great after adjustment 2. Menu options are straight-forward and correspond to the buttons underneath.

Cons: 1. Picture quality is absolutely horrible out of the box 2. Stand is glossy so it is super-reflective 3. Stand does not need to be so big 4. Stand is a bit wobbly but not as bad as others 5. Connections are lacking with only one HDMI and one VGA 6. Power supply is one of this brick ones that attaches to the power outlet which could obstruct other outlets if connected to a power strip

Cons: - LG doesn't seem that great for support. Another reviewer commented on it and I'm not surprised. One of the factors in purchasing this monitor was the 3-year warranty advertised on the LG website. However, in the paperwork with the monitor, it clearly states 1 year. I tried to register the monitor online and their links don't work (redirecting to a page that doesn't exist). - Not a huge variety of inputs, only VGA & HDMI. I used a DVI to HDMI cable and it works fine (check your video card settings for overscan). Displayport would have been nice to future-proof the monitor but HDMI isn't going away anytime soon. - The monitor is wobbily. Not front to back but side to side. Maybe it's just how I have it setup but when I vigorously move my mouse, the screen tilts slightly. It's probably more of a factor of a cheap stand and really wide screen but it's not a deal breaker. My previous monitor was really stout but significantly less wide and didn't have the issue. - On-screen menu color controls leave more to be desired. After fiddling with the controls for a day to get something good, I got close to a good image but then was disappointed on other video content. I gave up and went back to a program I used in the past; Calibrize. A minute or two later (after defaulting the menu settings) I have great color and contrast. Everything looks the way it should. I've never been a fan of built-in controls. - Only a VGA cable is included, no HDMI/DVI or adapter.

Overall Review: In the MENU, be sure to set "Response Time" to High and press the FUNC and set "Super Energy Saving" to off. I like saving energy but at it's worst, this monitor is using half the power my old one did. The energy saving feature will automatically adjust the display and it's horrible. The response time is pretty critical for gaming and movies too. I came from an Acer AL2016W which is a 20" TN panel with CCFL backlighting that had started fading and streaking over the last 7 years then finally died on me (power supply board caps). The difference is huge. I see color and detail that I never knew existed before. This monitor displays half a million colors more than my previous one, has the same response time, has greater accuracy and brightness and 3 more inches. I was thinking about an ASUS TN panel of similar size but saw this on sale for the same price and couldn't resist. I think with this monitor, you're getting a great internal panel but the stuff surrounding it is mediocre to keep costs down; the logic board features, the stand, the customer support. I'm willing to take that hit for the price. The bottom line is, I would recommend this monitor for someone looking for above-average color quality on a budget. All things considered, I'm pleased.

Pros: Inexpensive for a larger, IPS & HDMI monitor, Good OSD menu navigation. Great picture once you finally get it dialed in.

Cons: Unit likes to turn itself all the way off and not wake up when the PC sleeps regardless of how the built in power saving settings are configured.

Overall Review: Unit would not work right in the suggested resolution (1920x1080) without a black border around the screen. Found that my AMD R9 270x has a scaling option int he control panel that had to be adjusted. A non-tech person would not have found this and LG support was no help since they never came into the chat window.

Pros: +IPS at a low cost +once you calibrate it (took me almost 1/2 hour) it looks great +supports HDMI with audio out (good because most pc monitor speakers suck) +Reading mode, it tints your screen orange (like gunners/f.lux) so looking at the screen longer is less hard on the eyes +Lots of options, very detailed color setup, not just brightness/contrast/color temp, but you can adjust the range for each of the hue's individually, not just 3 little rgb sliders. + REAL BUTTONS: none of those stupid touch buttons, and the osd menu will label them for you, so you can see them in the dark.

Cons: -terrible support, I enter a live chat, and ask for the max refresh rate at 1080p, after 30 mins of them telling me how great 1080p is. (???) they said they do not know. C'mon that's very basic!! But not listed anywhere... (it's 60hz) -more tearing then other displays it's not a lot, and probably because I'm using two 1080p displays on more GPU's. I don't notice it much while gaming, or in videos, but with extremely fast motion if you're looking for it, you'll see it. +Terrible preset. When I first plugged in the monitor, I almost died. The colors were wayyy off, and the contrast and brightness were not even close, it looked extremely dark and washed out. +The manual, only give very basic information, it's what you'd expect from a quick start guide, not very much detailed info.

Overall Review: I know I threw quite a bit in the negative category, but it's really not a bad monitor. it DOSE work on HDMI, or DVI (with an adapter) just go into your CCC or nvida panel and look for the overscan settings (google it, if you need too) From there you should be able to make it take up the whole screen. The response time is great, and once I got the colors setup it looks extremely great for the price. I bought this to watch movies and play games on, and it works ok for both. The SuperResolution+ is just a gimmick, it boosts contrast, and sharpness, it's nice (on med/low only) in some situations but it's not really a selling point, as you can adjust those two manually in most any monitor. ------- Conclusion: ------- it's a nice low cost IPS display, not ideal for gaming, but it's usable, the IPS makes the colors look vibrant (when calibrated) and you can watch movies in bed without the colors shifting like they would on a TN panel. With the option to output audio to GOOD speakers instead of wasting money putting in trashy ones, they could keep the cost down, and allow people to use it as a small TV for a hdmi cable box or game console without the need for audio strippers or conversion boxes. The reader mode allow you to use your monitor for longer without tiring your eyes, and unlike f.lux it's built in, so it can be used on game consoles, or DVD players as well. my only big complaints were with the setup, but no it works great! there is some tearing on my PC, but not on my consoles, so it could be a dual monitor thing. But over all it's a great monitor, Not amazing, not the best ever, but great!

Cons: No DVI connector; no othere seen so far.

Pros: Monitor was easy to setup on my home built desktop. Color displays better on this monitor than on my standard LG widescreen monitor. plan on purchasing another one when available.

Pros: The price and size. I was able to get it for the same price as the smaller, TFT panel monitor that it replaced. The viewing angles and response time are very good. It gives a kinda accurate and sharp picture if you can get it calibrated well. There's no backlight 'flicker' as can happen in some LED lit displays. Provides 1/8" audio out which can be handy if you don't want to/can't easily get analog sound out of your PC. It has HDMI in so could work out pretty well as a display for a video game console, especially if you use speakers or headphones with that 'audio out' port. Haven't noticed any ghosting or anything like that, making this suitable for gaming.

Cons: If you have the response time set to anything aside from 'low' you will probably see artifacts of whatever trickery it's attempting to perform to make it fast. I definitely see temporal dithering in some color shades, so I assume that this monitor is not true 8-bits per channel. That was disappointing to me as the tech specs mentioned 16.7 million colors instead of the 16.2 we are used to seeing for 6bit monitors. Factory calibration is downright ghastly out of the box, and I'm not quite sure that very good calibration can be achieved with the OSD and controls.

Overall Review: This is a budget IPS monitor - not as much better than a TFT as I'd have guessed, but still an improvement. I bought it for a gaming PC, as gaming monitors increasingly move towards faster response time and higher refresh rate, versus color accuracy/gamut, I guess these older 60hz monitors get cheap. A 120-144hz monitor, this is not, but it's definitely nice enough for PC gaming and I could also see it being used with a PS3/PS4/XBox 360/XBone thanks to the handy audio out.