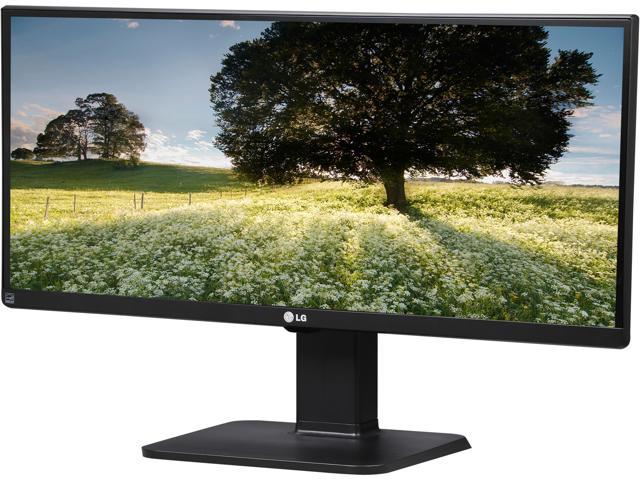 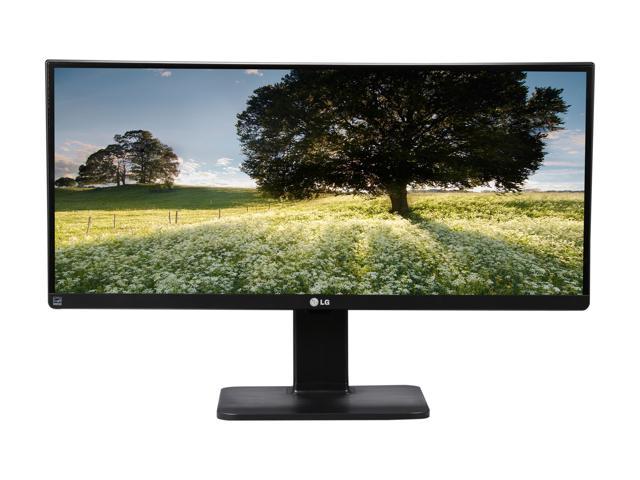 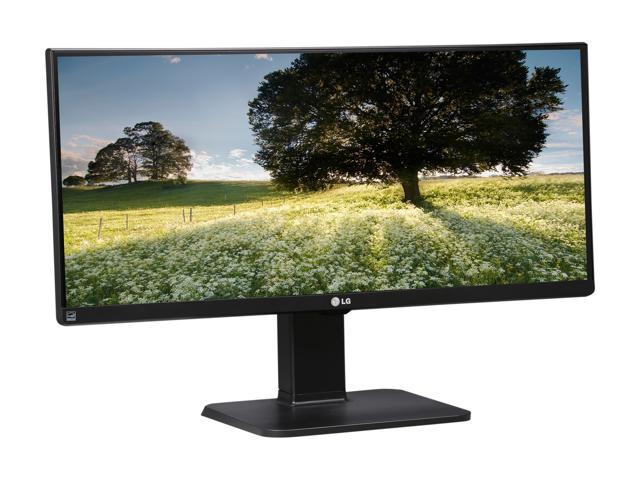 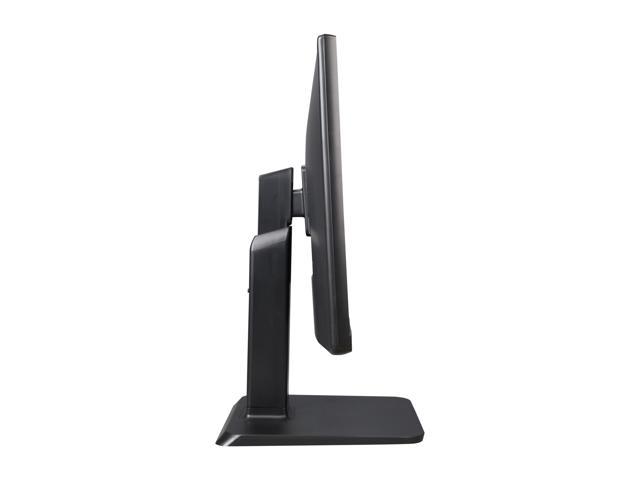 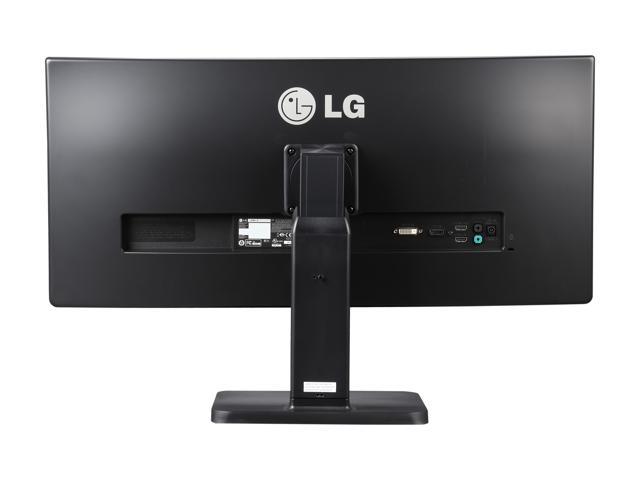 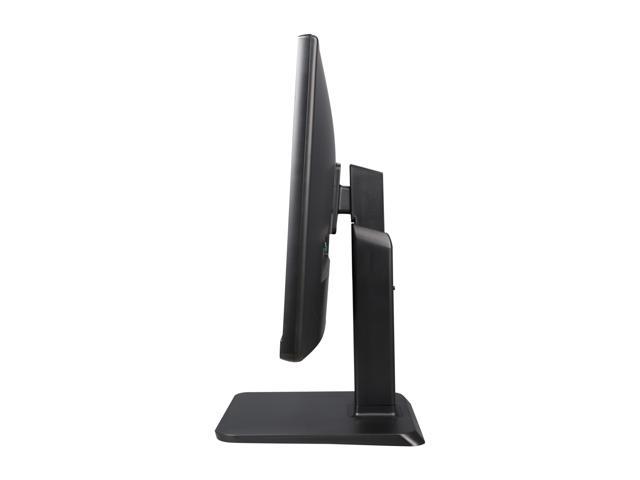 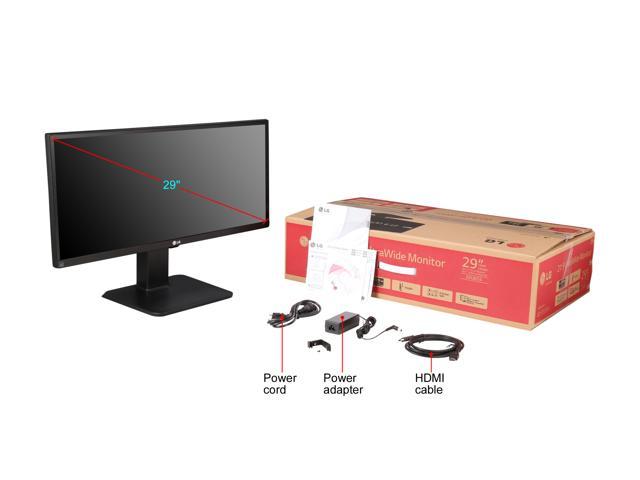 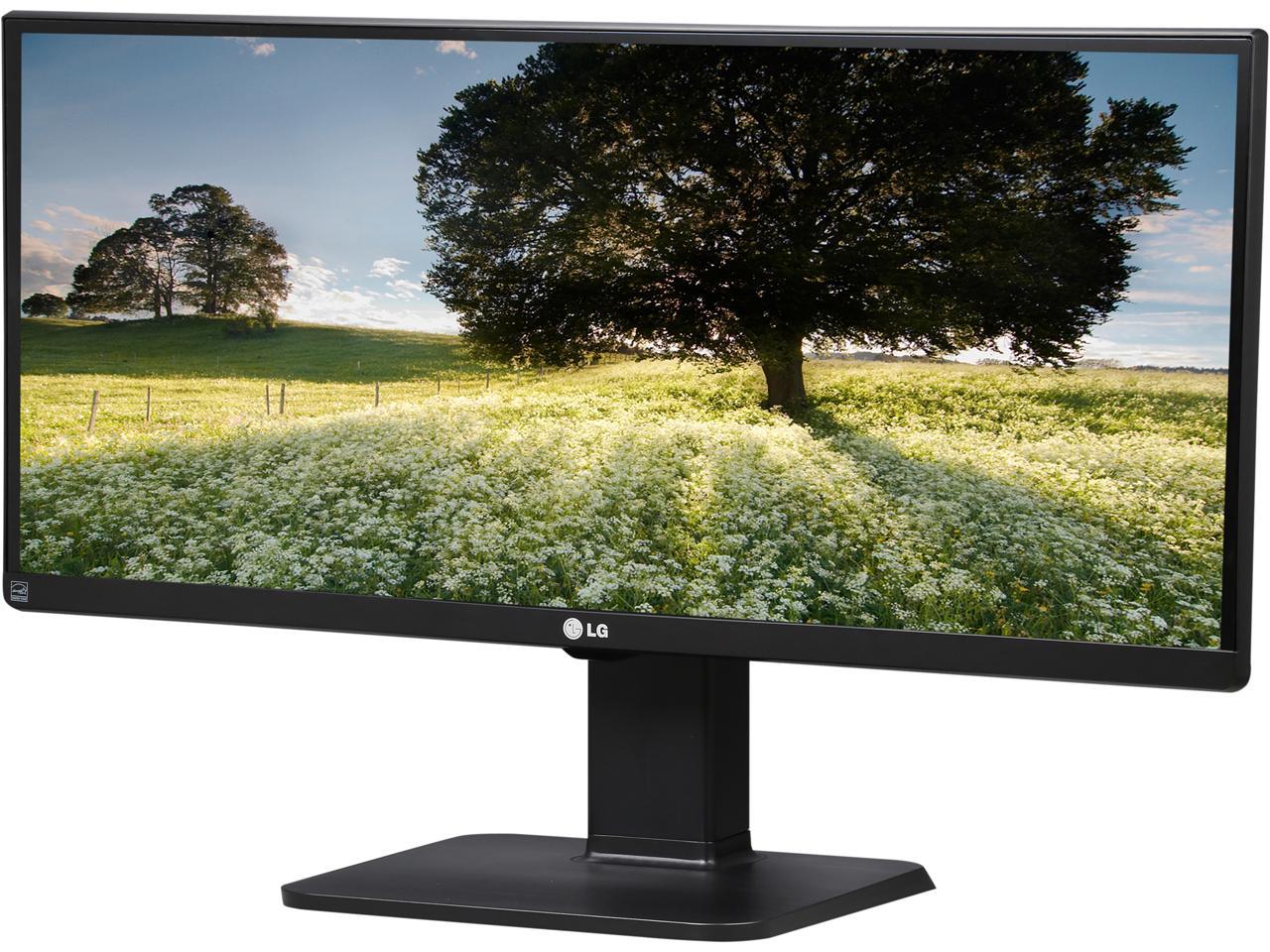 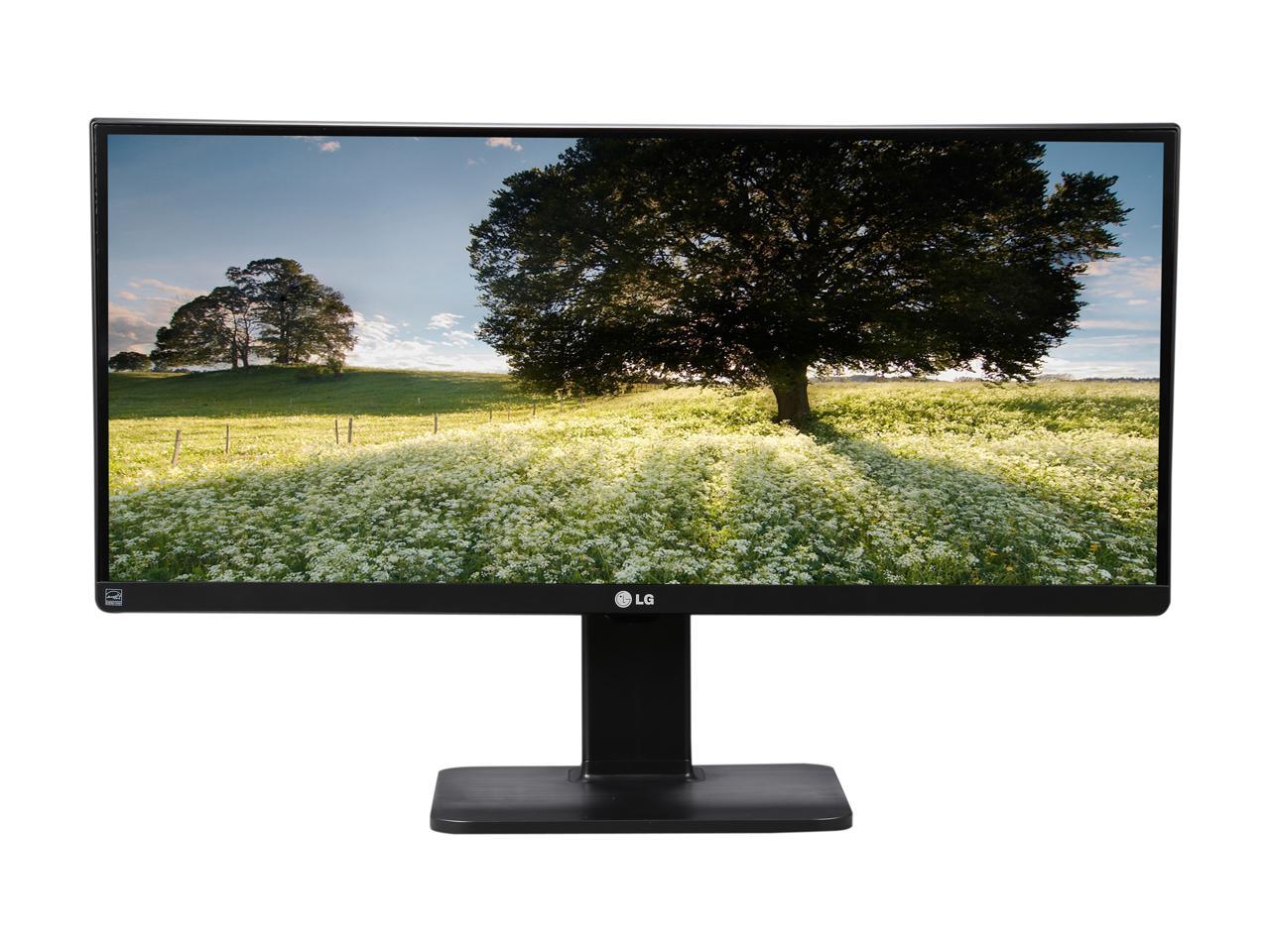 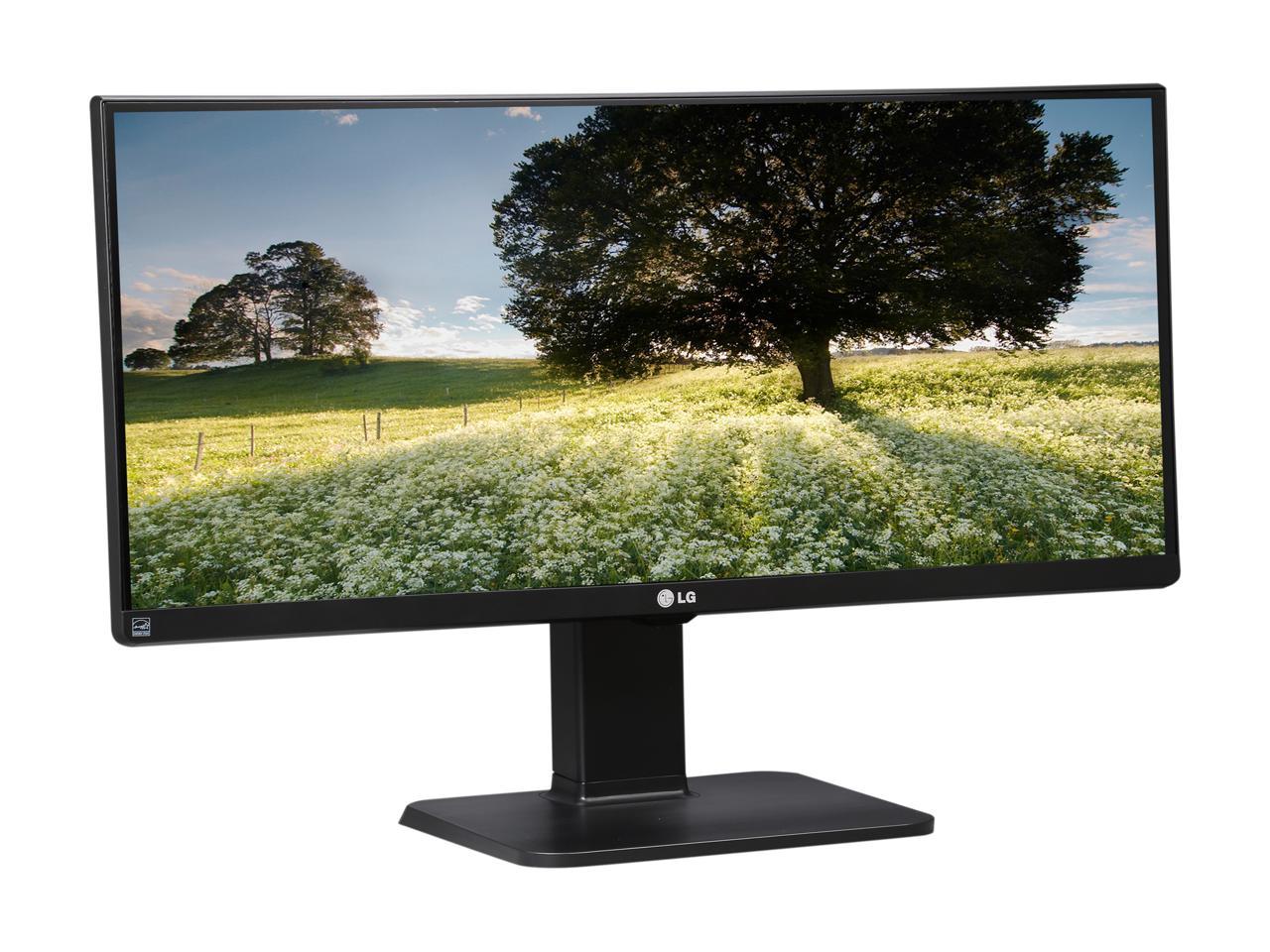 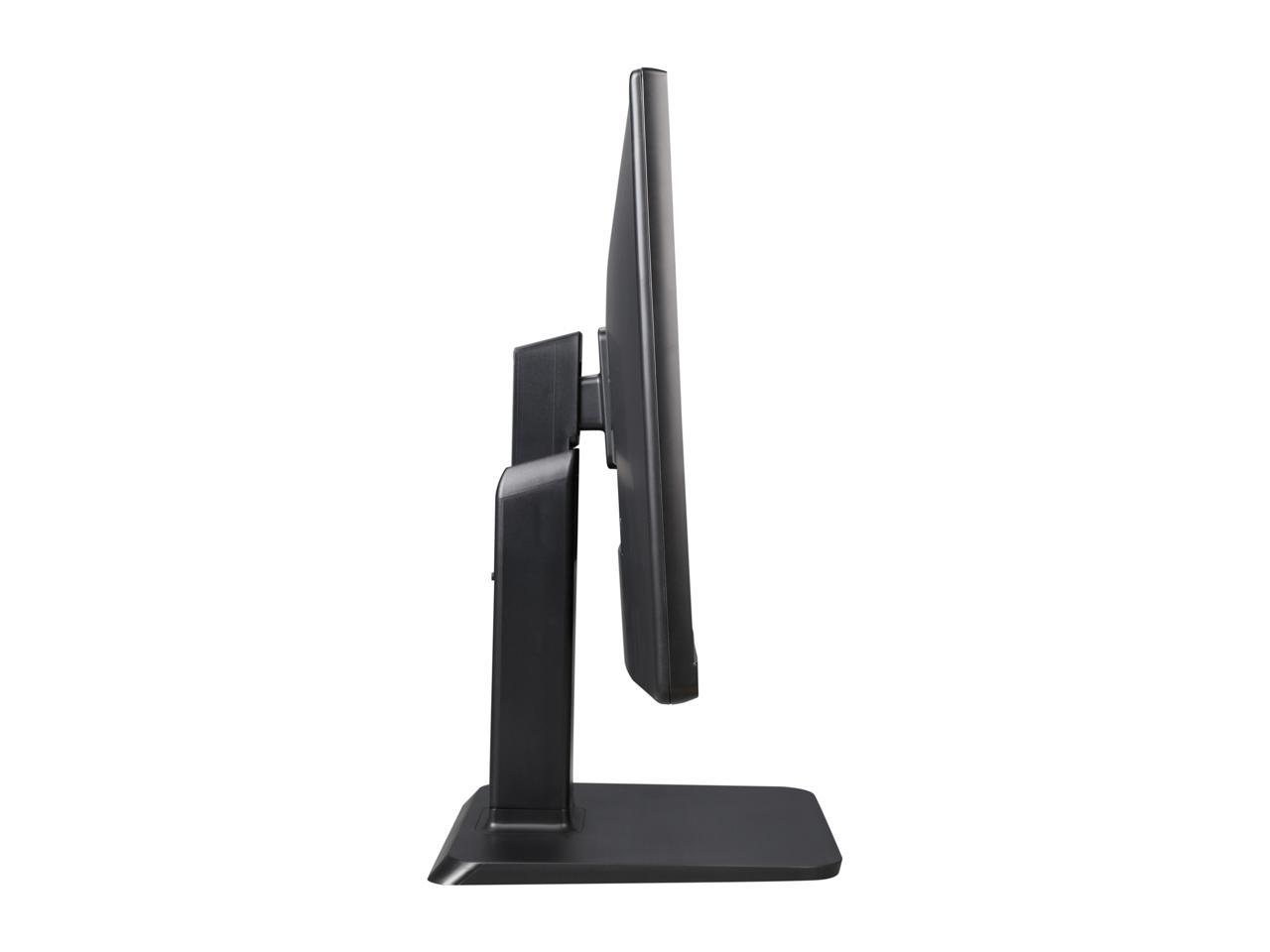 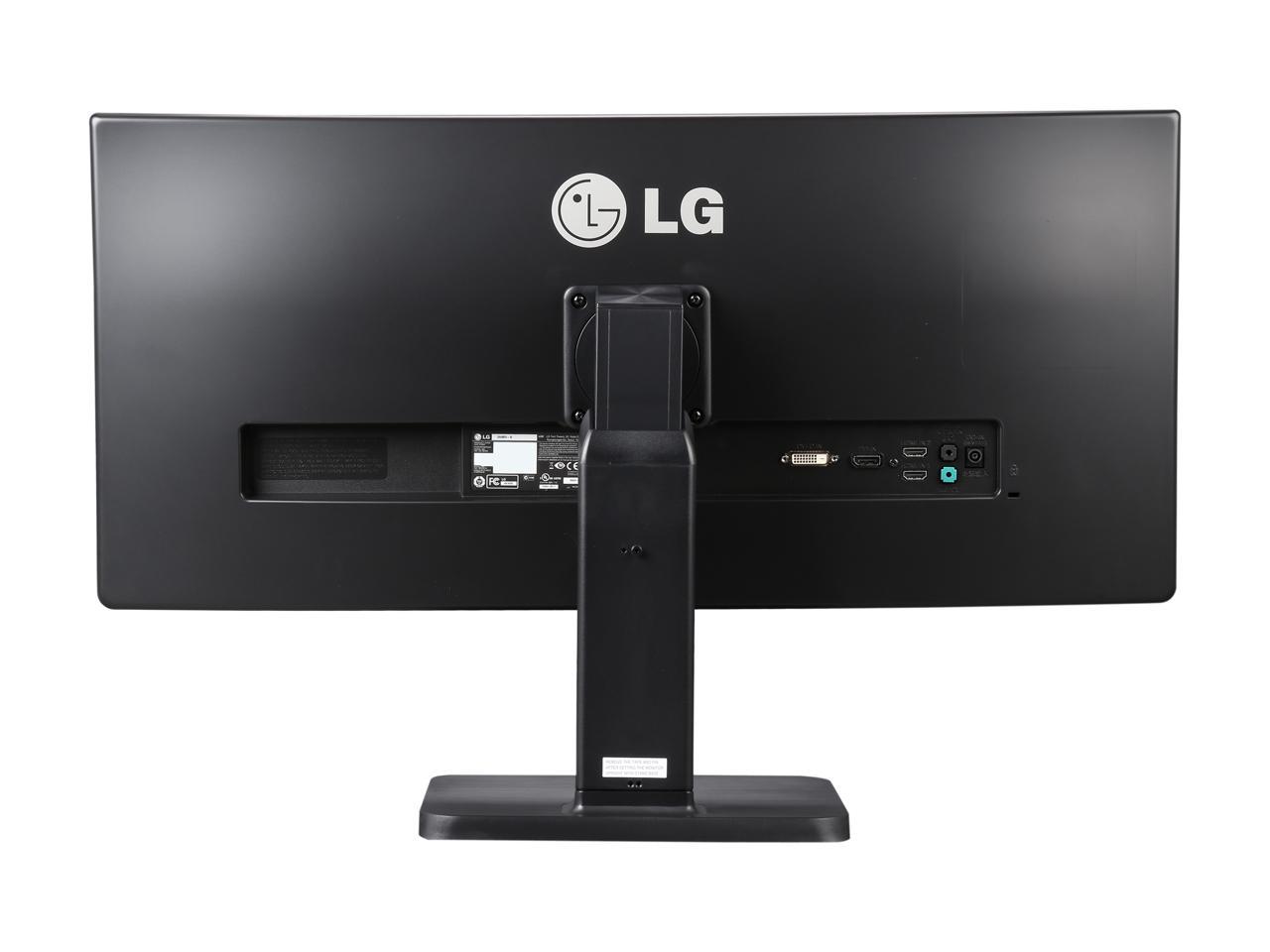 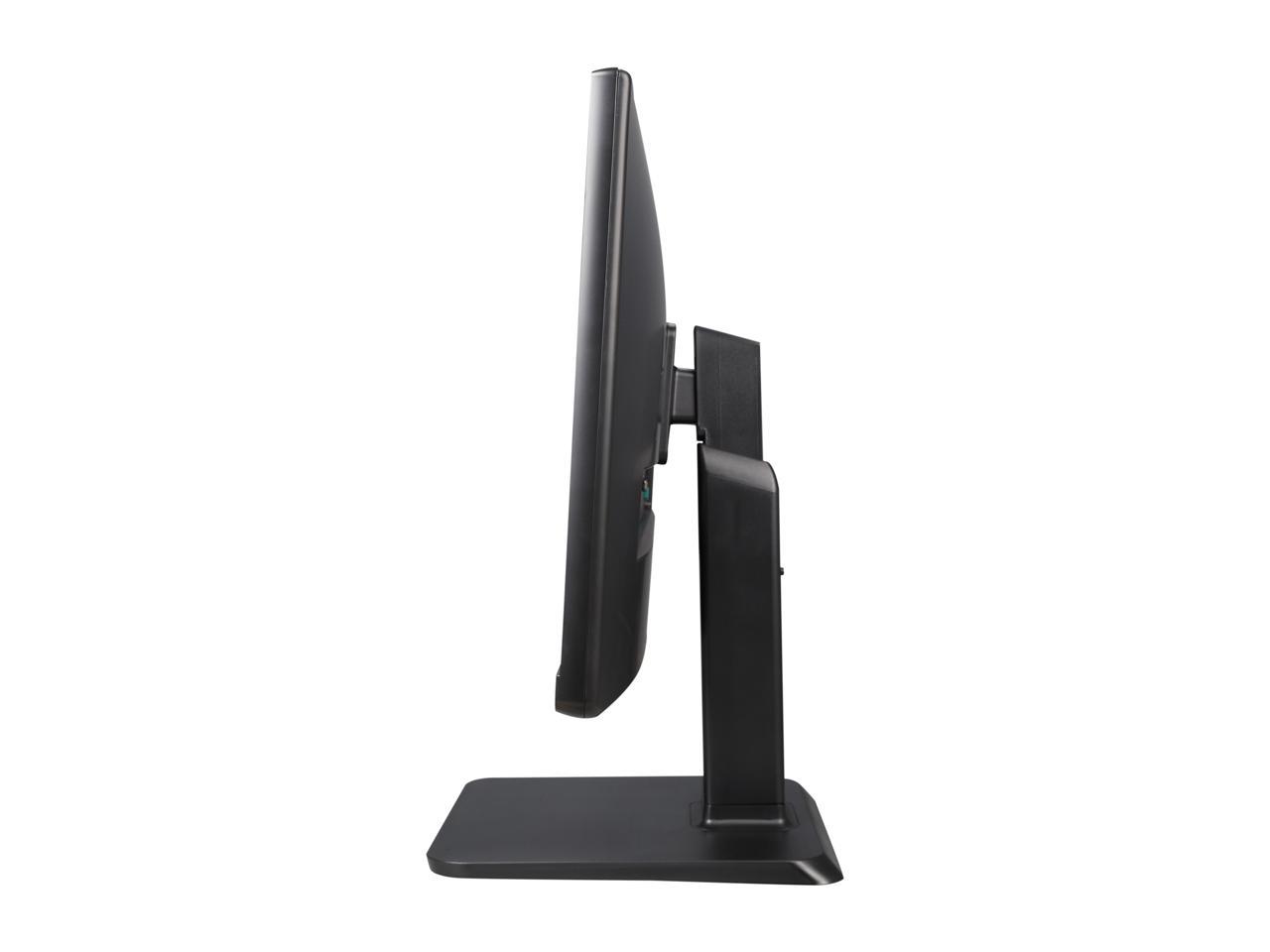 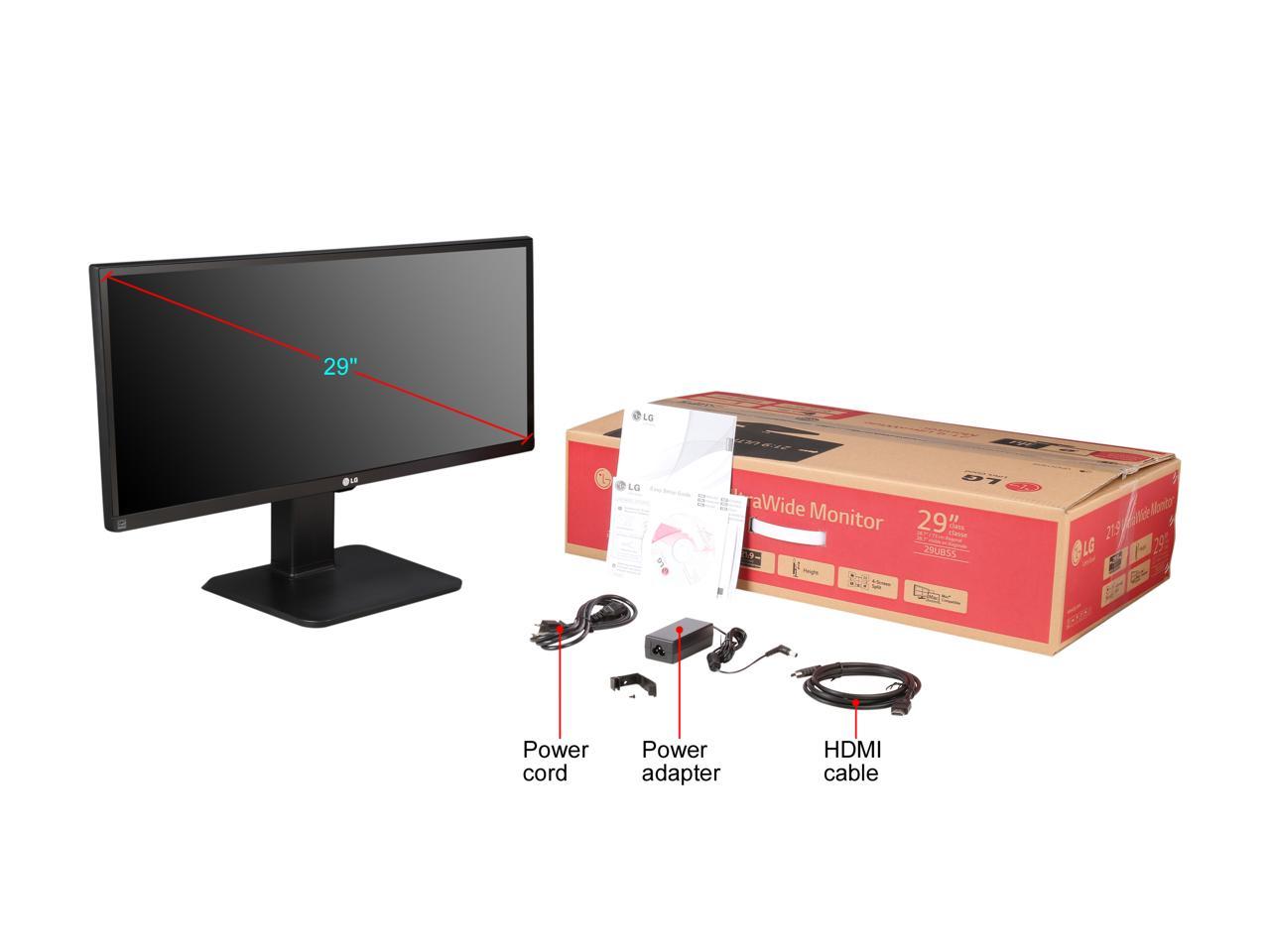 (89) Write a Review
OUT OF STOCK.
Overview
Specs
Reviews

Pros: - Great picture. - Awesome heavy duty stand allows easy height adjustment. This monitor just glides up and down so smoothly, with quite a large range of adjustment in height - 8" or so. Initially, I though the stand looked big and bulky, and it is, but I can see why. I LOVE being able to adjust the height so easily and quickly. I was not even looking for that feature, and when I ordered the monitor, didn't even know it could do that, but man is it cool! - Has every type of current digital video input. This comes in very handy for Nvidia cards which prioritize the video output thusly: DVI-D, HDMI, Displayport. Since I have a TV on the HDMI output, using Displayport for the monitor would mean only the TV would see any video, prior to getting into Windows. This monitor allows me to use DVI-D so everything works as it should - can see the BIOS P.O.S.T. screens. Note, it needs Dual-Link DVI-D! - Has analog audio input. This just works better for my setup. - Built-in speakers decent and play fairly loudly. - Easy to use joystick for menu access. I find this much easier to use than the typical 5-6 tiny extremely poorly labeled buttons on most monitors.

Cons: - Screen is very wobbly if you bump it - seems due to the looseness needed for the height raising mechanism. It's not a huge concern but it's there. - Doesn't have the On Screen Control of the settings like some of the newer LG 21:9 monitors. - Doesn't offer FreeSync. This makes no difference in my system, but it is a missing feature compared to other LG monitors. - Inputs are pointed straight back, rather than down. I think almost all monitors/TVs have done this way to get screens as thin as possible, but it's still annoying. Would rather have a slightly thicker monitor and have the inputs pointed properly down. - The AC adapter to monitor power plug is quite short - only about 5'. Every other monitor power supply I've seen is two pieces, with a detachable AC cord into the power adapter, which gives a much longer total length from the outlet. I like that it's one piece, makes for slightly neater wiring, but the cord needs to be longer. It's worse for me, since the power input jack on the back of the monitor is on the opposite side of the desk from my power receptacle!

Overall Review: This is a great monitor! I only wish it had gone on sale about 9 days sooner! I originally purchased the LG 29UM68-P 21:9 monitor, as it was on sale at 40% off, leaving this 29UB55-B off my radar at $50+ more expensive. Fortunately, I saw the sale on this model the following week. It suits my purposes much better, and was cheap enough that even with restocking fee on the 29UM68-P, price is about a wash. Although this monitor does not have the sexy thin, curved stand of the newer model, the slick height raising mechanism more than makes up for that. The stand on this model is very substantial brushed metal, and attaches with a single screw (vs. three screws on the newer model). The inclusion of a DVI-D input is very helpful for those who are using an Nvidia card and connecting both a monitor and TV, since the TV will use HDMI and that takes precedence over Displayport. Also, I feel the DVI-D is just a much more secure and robust connector than HDMI or DP. Naturally, with DVI-D, you need an analog audio input as well, which gives even more flexibility. I prefer sending the analog audio to my monitor, because I can use the analog input and digital output from my sound card (yes, I am using a separate sound card!) simultaneously. Whereas, connecting the monitor using HDMI or DP, I could only use one audio output at a time. The picture on this model looks every bit as good as the 29UM68-P, and if anything, there is less light bleed (or IPS glow - not sure which I was seeing). If you don't need FreeSync - which I don't, since I have no desire to use an AMD video card at this time - I would highly recommend this monitor over the 29UM68-P.

Pros: this is a great monitor, great picture quality,price was great. has dvi, display port and hdmi connectors. also it has height adjustment, and the monitor rotates to portrait mode.

Overall Review: When I got the monitor ,the elevation didn't work. called support and it seems that there is a locking clip that looks like a paper clip, the support team were very nice, and helped me with how to remove the locking clip. now all is great. The support at LG is great. I will buy from LG from now on.

Pros: It's like two monitors, side by side, all in one.

Pros: - Wider screen for viewing suites my needs. - Able to replace two outdated 19" monitors with just one of these. - Can toggle inputs so you can have two systems running at the same time. - Thin bezel.

Cons: - The cd's are a joke with no instructions on the driver or software installation (Not an issue for me but might be for some people). - The stand it comes with is short and doesn't extend.

Overall Review: - Some reviews complained about the joystick for selecting on the underside of the frame. Meh, not an issue to me. I have it mounted on a vesa frame so I overcame the issue. - Make sure you are buying a monitor to suite your needs. I needed more width and not so concerned about the height. So this monitor with the screen split capability is right for me. It's an UltraWide so it is about 2 inches shorter than regular monitors. Again I researched that, knew about it and was ok with it. MAKE SURE THIS FITS YOUR NEEDS BEFORE YOU BUY IT.

Pros: Bought this monitor on shell shocker and so far it has been a very good purchase. I am primarily using this as a gaming monitor, 2560x1080 @ 60hz has been great for getting a little extra width in racing games and RPGs. Quality and textures of the games I have played (F1, Asseto Corsa, Shadow of Mordor, etc) have been great on this monitor. The monitor base is sturdy and height adjustable, having multiple connection options (including DisplayPort) is a big plus.

Cons: The power button/control stick is a little odd at first. It functions properly to navigate through the menus, but can be finicky at times. It does not detract from the performance or overall experience using the monitor.

Overall Review: This monitor replaced a triple monitor setup (3 x 21.5") in a 5760x1080 config. The change on the GPU load was significant and having no bezel between is a big plus. This allowed me to run the extra width on the resolution at higher frame rates using a mid-range GPU (GTX 770) and will most likely extend the life of my GPU with the reduced load on it.

Pros: I don't know how I survived without an ultra-wide monitor up to this point. This monitor is excellent for productivity, gaming, and everything in between. Picture quality and color replication are excellent. Also, I am a huge fan of the added software (I've never said that before) that gives you snap-like functionality for a variety of screen layouts. One of my biggest frustrations in switching from windows to OS X is that I lost the ability to split screens easily with snap, so regaining that functionality is awesome.

Cons: None so far! Cost can be steep, but this is a great monitor!

Pros: I watched a number of reviews on Youtube regarding ultrawidescreen gaming before deciding to buy an ultrawidescreen monitor. This one was on-sale when I decided to buy which is why I purchased it. For productivity it is amazing. I actually run two inputs side by side occasionally and the monitor handles them both amazingly well. Most of my games work great at the native resolution but not all games are supported. Look up what you like to play and see what support is available before you buy.

Cons: The bezel is somewhat thick which is fine as a single monitor but in a multi-monitor setup you may be annoyed by it. The built-in speakers get the job done but don't expect anything more than functional sound. Only comes with an HDMI cable so you have to buy a display port cable separately.

Cons: Instructions were lacking, but setup was pretty obvious. I've no idea why the monitor defaults to the HDMI 2 input.