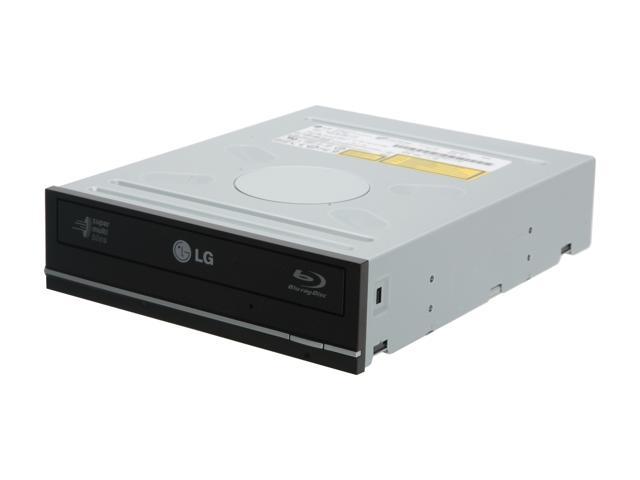 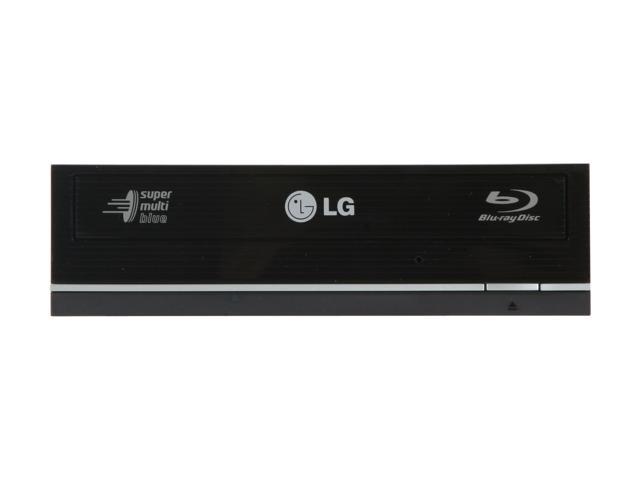 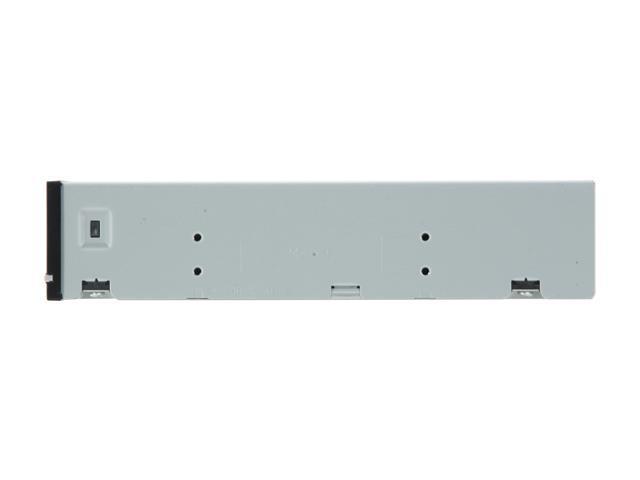 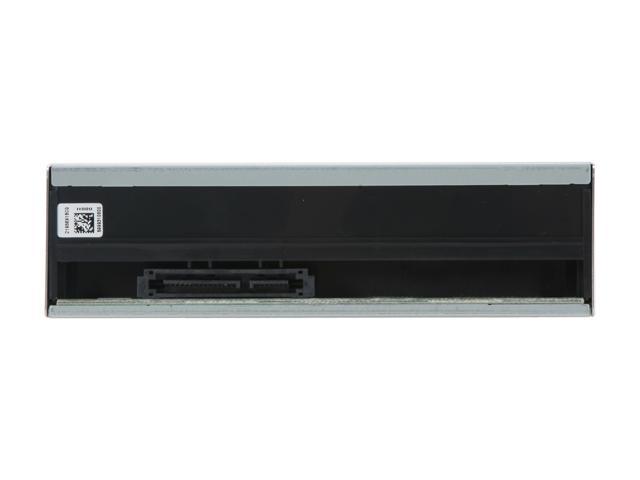 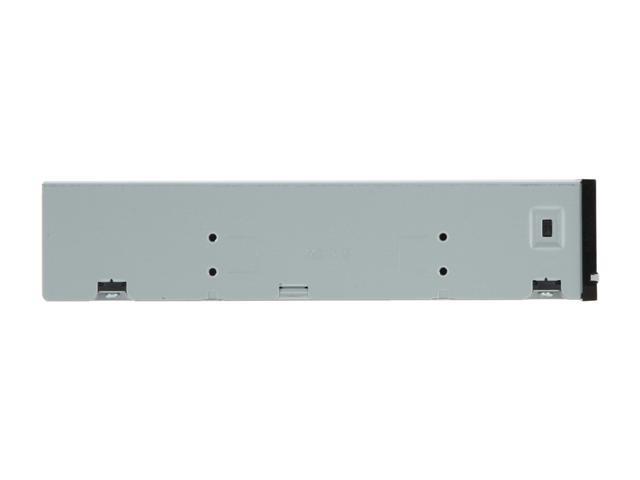 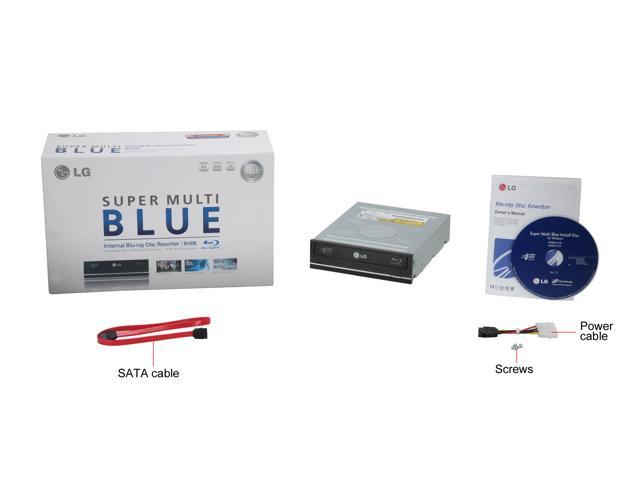 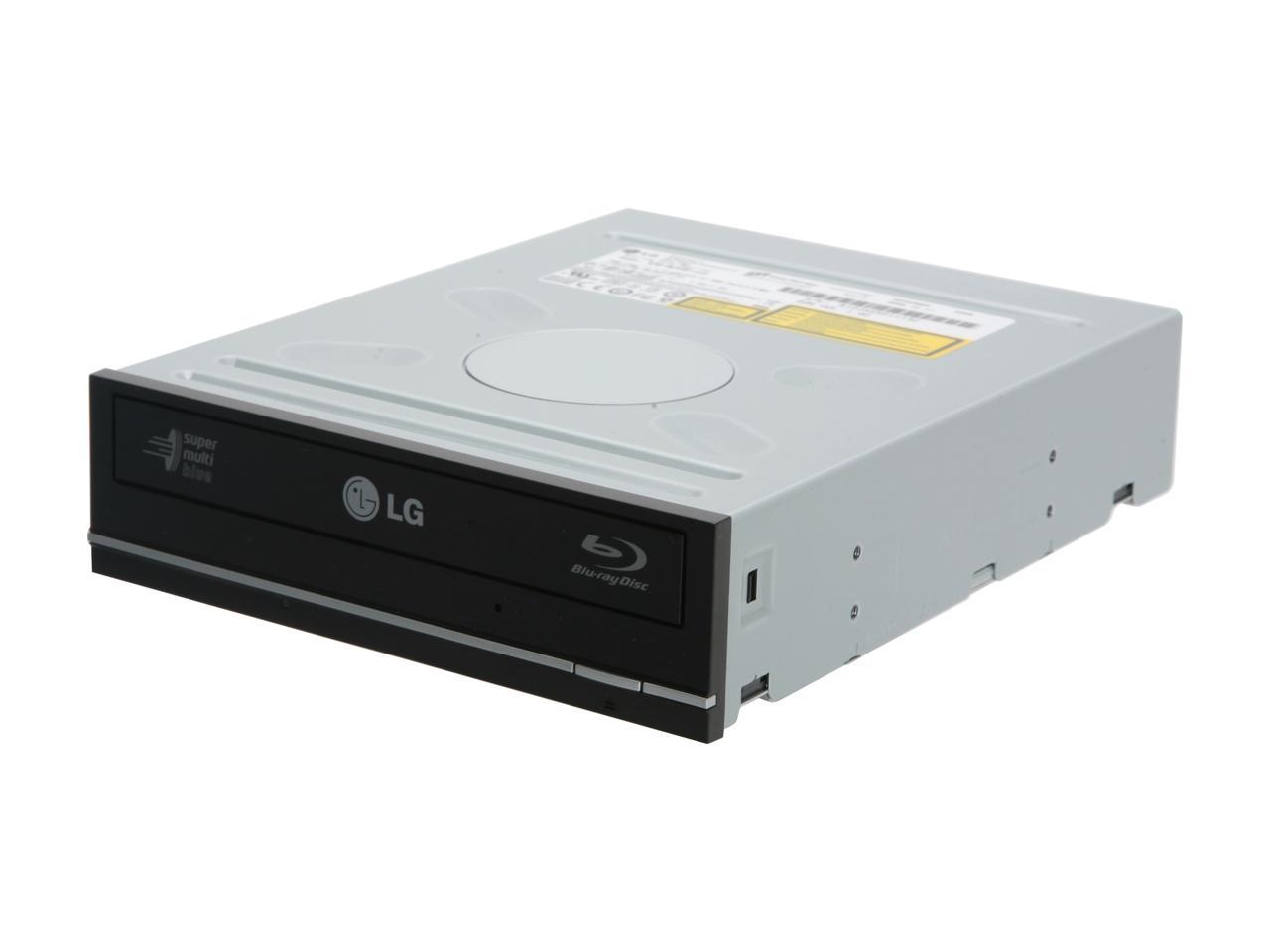 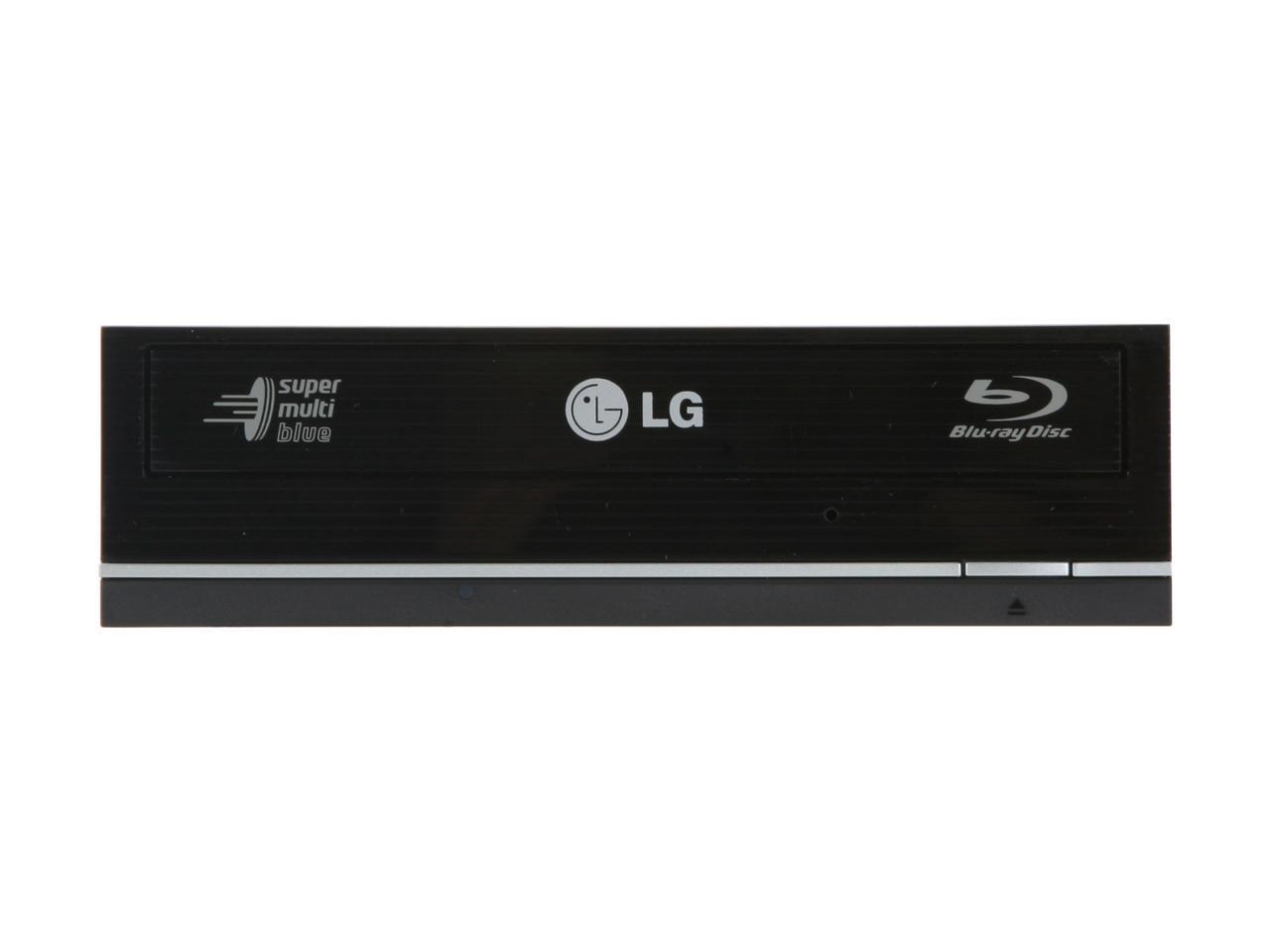 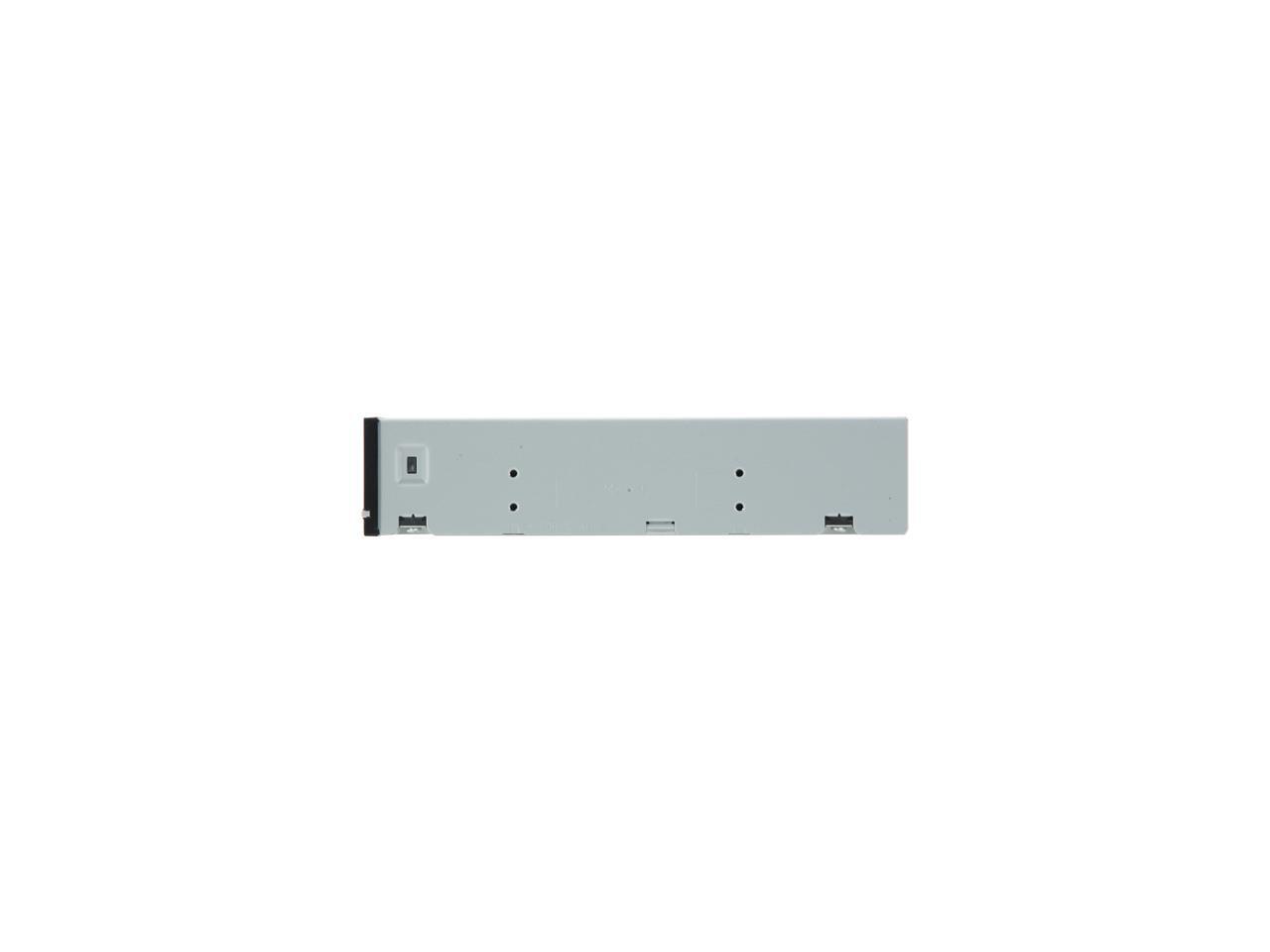 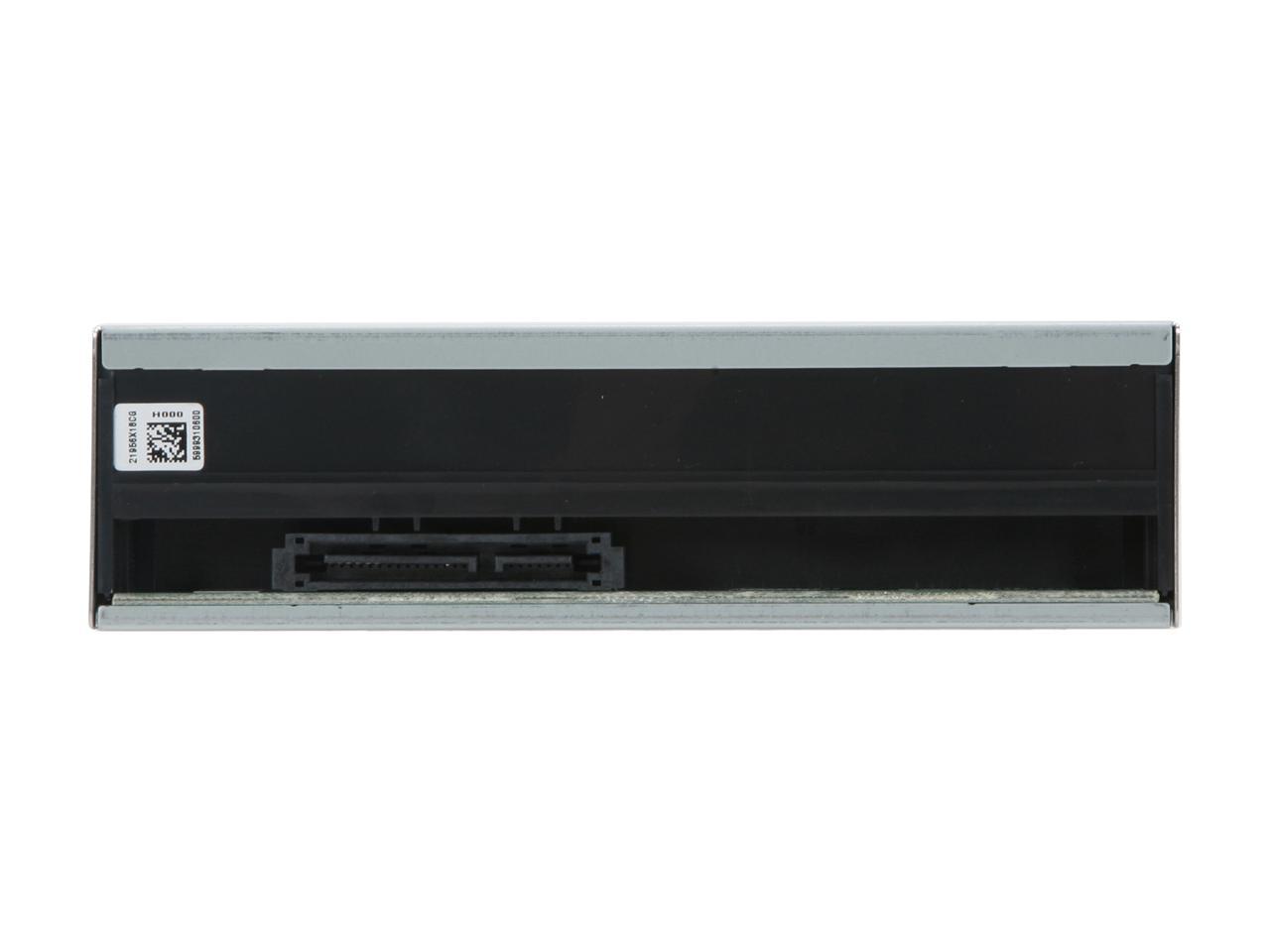 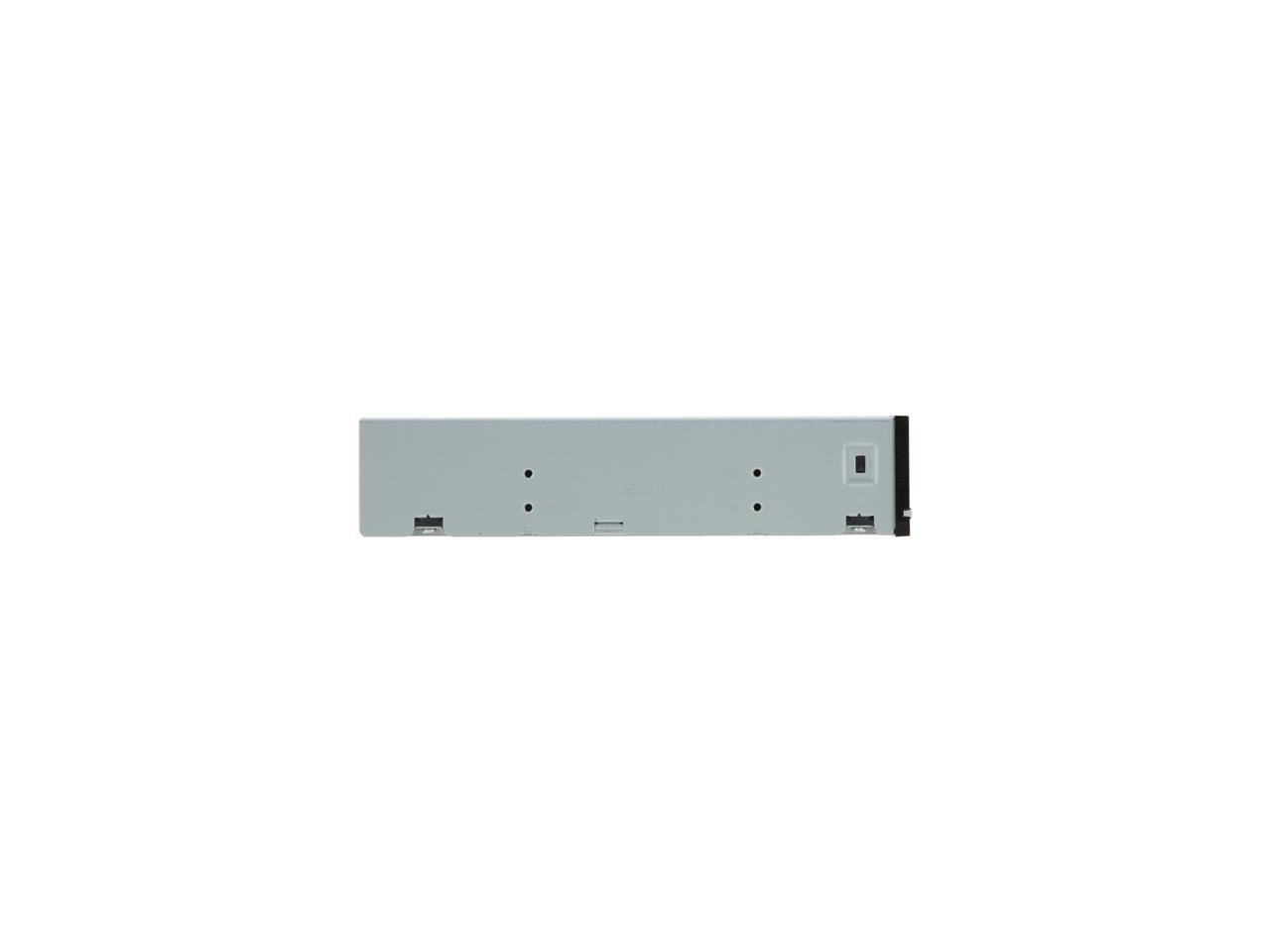 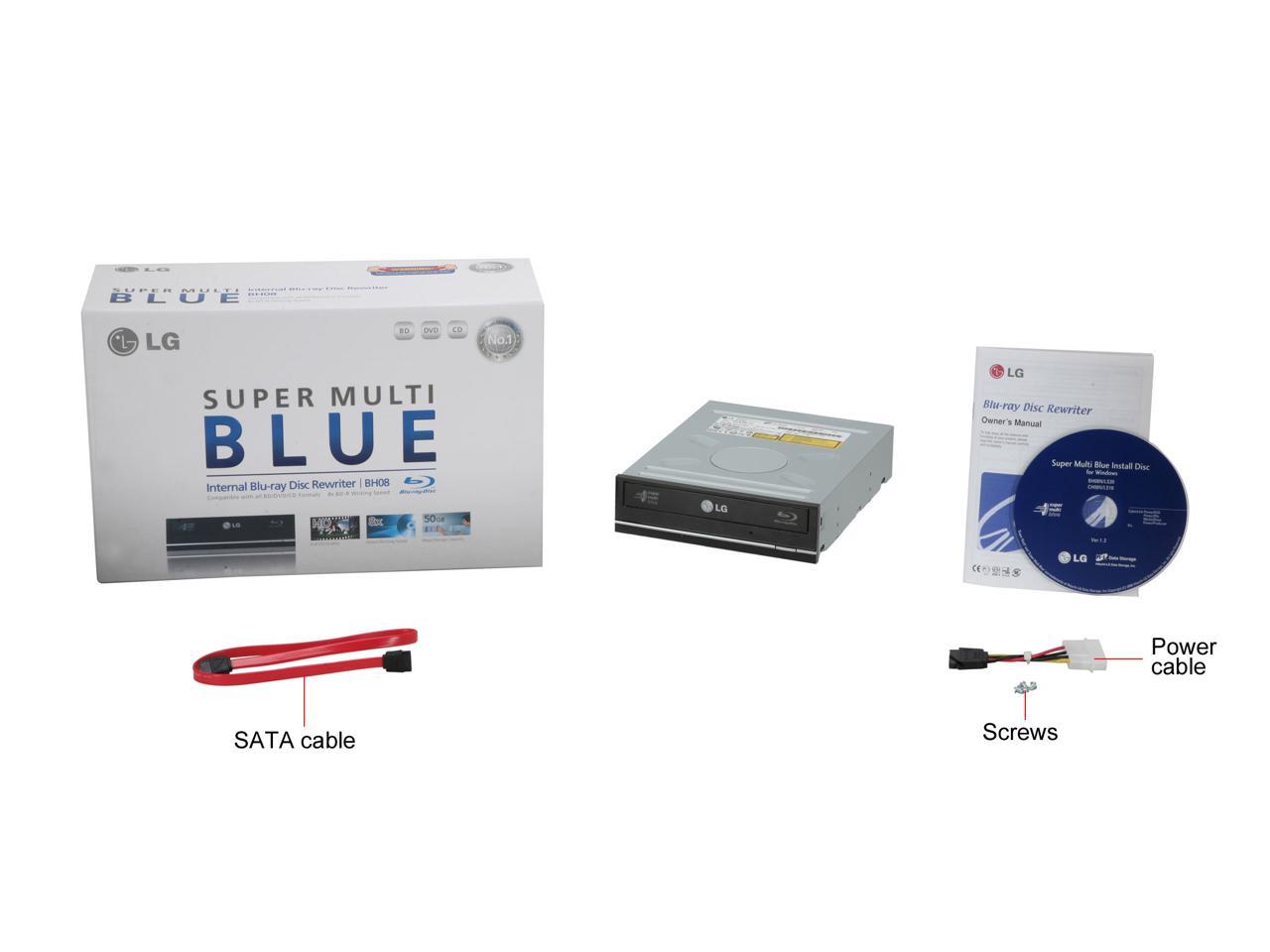 (20) Write a Review
OUT OF STOCK.
Overview
Specs
Reviews
The LG BH08LS20 Blu-Ray Disc Rewriter reads and burns High Definition Blu-ray Discs, as well as DVD and CD formats. It supports recording both 50GB and 25GB BD-R and BD-RE discs. This advanced Blu-ray burner will also handle all normal recordable optical media formats including dual layer discs.
Blu-ray Discs offes an unprecedented 25 GB on a single-layer disc and 50 GB on a dual layer disc. That's enough storage for nine hours of HD movies, 23 hours of standard definition content or 72 CDs on a single disc! In addition to its massive storage capacity, Blu-ray Discs offer MPEG2 playback, the native compression technique for HDTV broadcasts, or even more capacity with advanced codes like AVC.
Whether you're a professional in need of the latest technology, or a home user who wants to enjoy Blu-ray Disc movies on your computer, this feature-packed burner makes BD burning and playback affordable.

Pros: Installed very easily (Vista 64-bit OS) and began burning discs straight away. I copied 24 GBs of console video game roms onto a single disc and it worked perfectly. Software works great, though you have to download a FREE patch to enable BD Movie playback. That was no problem at all either.

Cons: The drive itself is almost an inch longer than standard DVD burner drives, so you'll need to take extra care during installation that you're not pinching nearby cables in the case.

Overall Review: Minutes after I purchased mine from Newegg, they dropped the price by $50 down to $199. I wrote a letter complaining about this and they credited my account for the difference. Newegg was under no obligation to do this, but they did it anyway. Much appreciated!!

Pros: Installed just fine in Windows 7 Ultimate x64, everything from the drive to the software seems to work fine. Two minute install on the drive, 15 minutes on the software.

Cons: Changed the final drive that I ordered, somehow I lost my free disc :( that hurt my feelings goshdarnitt.

Overall Review: All in all a good deal, fast shipping, once again Newegg will get my returning business.

Pros: Reads and burns Blu-Ray disks without problems. With my 940 i7 Vista 32 bit system, it can rip a Blu-Ray main movie title in 40 minutes and write the iso file to a 4X BD-R in 20 minutes (using DVDfab 6) to make backups of your movies. Copy quality is perfect. This is comparable to the time to rip and author DVDs when the DVD drives first came out.

Cons: Media is still expensive, but prices are falling gradually just like they did with DVD optical media. Drive speed will get gradually better, too. So you should have an early adopter mentality. The bundled software includes a Cyberlink suite of DVD and Blu-Ray authoring programs and Power DVD. I couldn't get the Cyberlink Blu-Ray authoring program to work at all; it seems to be somewhat rough and bug infested. Remember, ALL your hardware must be HDCP compliant, else you won't be able to watch commercial movies on your computer without ripping them first. (why do they do this? Grrrr....)

Overall Review: Ready burn and write Blu-Ray? Understand and accept that there is still a dearth of good authoring software out there? Then this drive is a good burner at an excellent price from Newegg.

Pros: Fast and quiet. Records inexpensive 4x media at 8x. Decent software bundle of slick applications for Cyberlink, so far they just work. LightScribe is a nice-to-have. Drive is a little longer than the DVD burner it replaced, but no problem with space in my nMediaPC HTPC case.

Cons: The drive may not like some newer nVidia SATA controllers if they're not using nVidia drivers. Have an nForce 630a mobo. I was using XP MCE, with the SATA controller in IDE mode and generic Microsoft pci IDE drivers loaded. I was replacing a SATA DVD burner that was working perfectly, but when I installed this drive it would not function correctly. It showed up okay in Device Manager, but would lock up Explorer trying to access it and would not read disks. Tried drive in another nForce 4 system that has nVidia SATA drivers loaded for RAID and it worked perfectly. I needed to switch SATA in BIOS to AHCI mode in order to load an nVidia SATA controller driver (since they don't provide one for IDE mode). Everyone says this can't be done without re-installing XP (since XP will just BSOD when you reboot with AHCI enabled) but I figured it out (edit INF so your device ID is first one listed, force install SATA driver, reboot, switch to AHCI mode, boot XP). Now LG works perfectly.

Overall Review: Had Nero 9 already installed. One reason I bought this drive is because I've been having so much trouble with burning DVD+R DL media (I thought it was my mediocre Samsung DVD burner). I also bought 4x Memorex BD-R media with this drive. Tried twice to burn 24GB to Memorex BD-R, at 4x and then at 2x. FAILED both times near the end. Used bundled Power2Go application instead. Burned same compilation to same media flawlessly at 4x. Burned another full 4x disc successfully at 8x speed in 15 minutes. Don't know what's wrong with Nero, looks like Power2Go is the way with this drive.

Cons: Pricey, but understandable since Blu-Ray hasn't become the standard yet. BE AWARE: This drive is significantly bigger than an average CD/DVD drive. If you picture a standard case facing from the front the drive has the same height and width, but it is much DEEPER. It fits in the same size bay, but juts out toward the back of a the case. I have a case that mounts the optical drive vertically which posed a problem (could not close the top of the case). Custom modifications were necessary to make it fit.

Cons: Windows 7 (64 bit at least) asks for a driver for this drive when trying to install the operating system. There is no driver yet as far as I know. Even though I was installing from the drive itself the installation will not continue without this driver. I ended up installing Windows XP 64 bit instead due to this issue.

Cons: This thing just doesn't work. LG never updates the firmware and it doesn't read the majority of discs that drives 1/5 the price can read. If I put in a disc it can't read it crashes Windows forcing a hard restart. I wouldn't buy from LG again.

Pros: Works as expected. Cheap for what you get