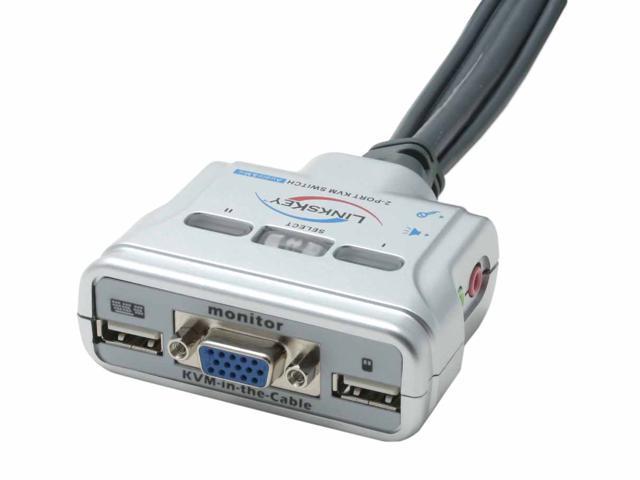 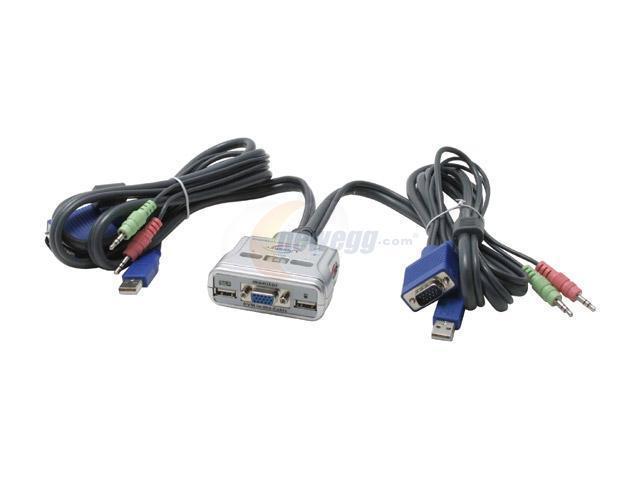 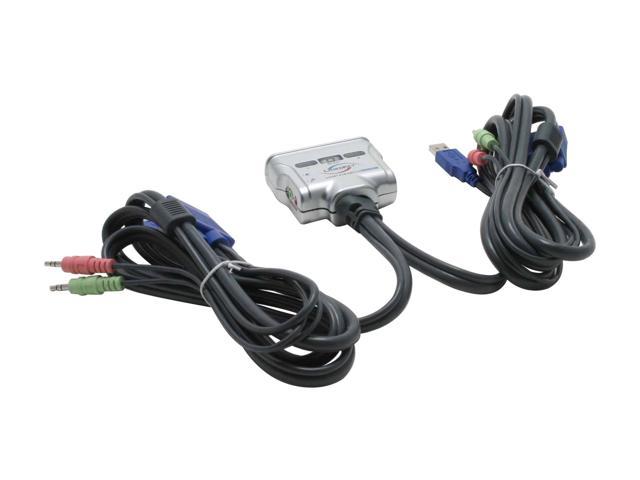 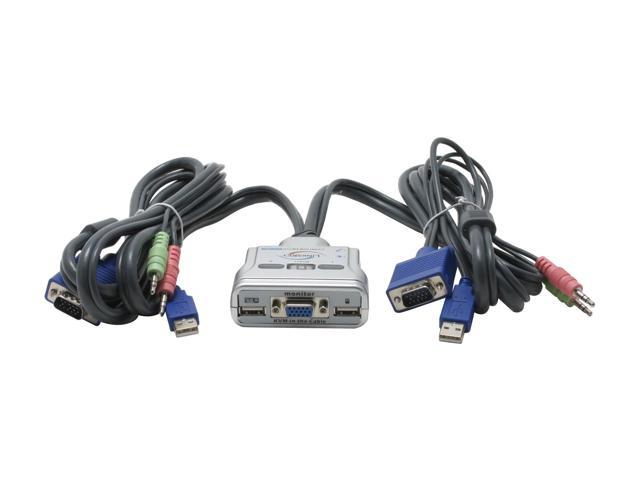 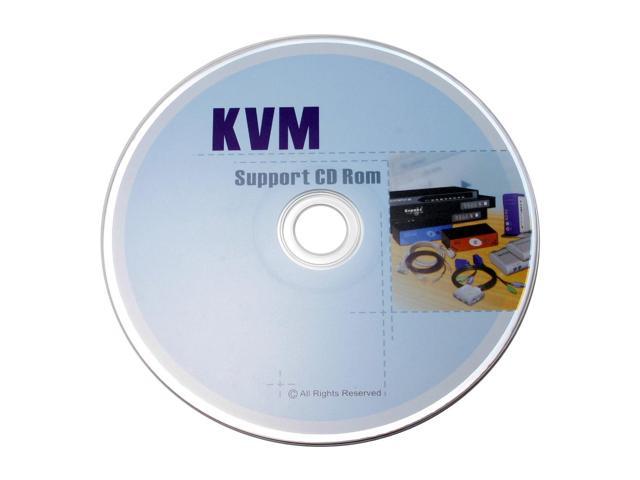 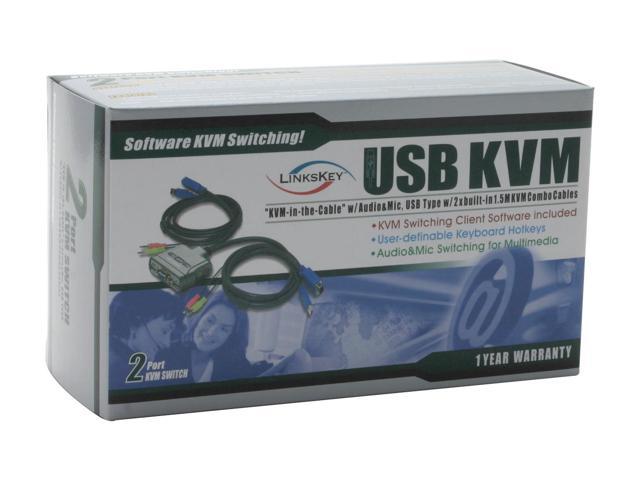 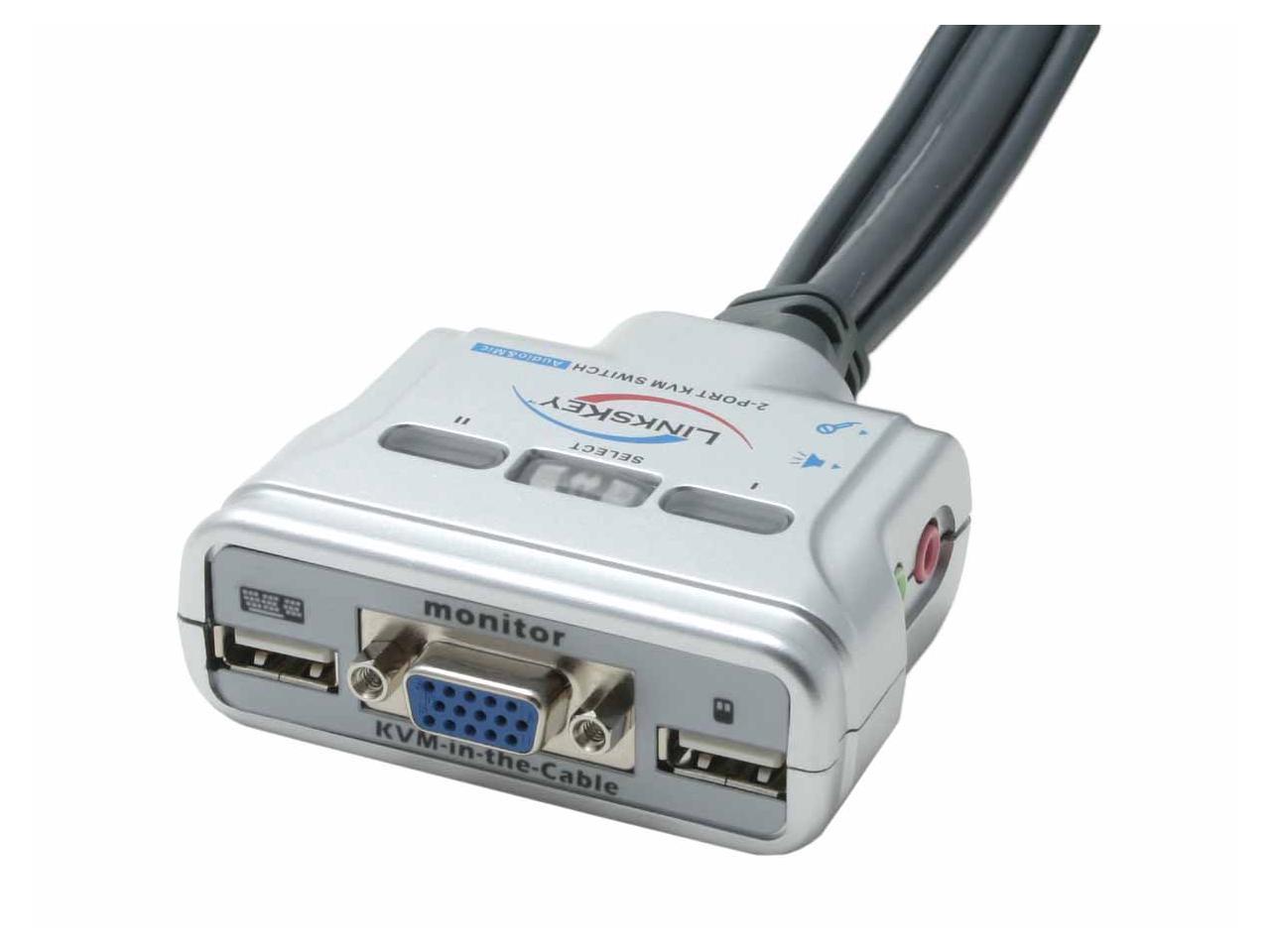 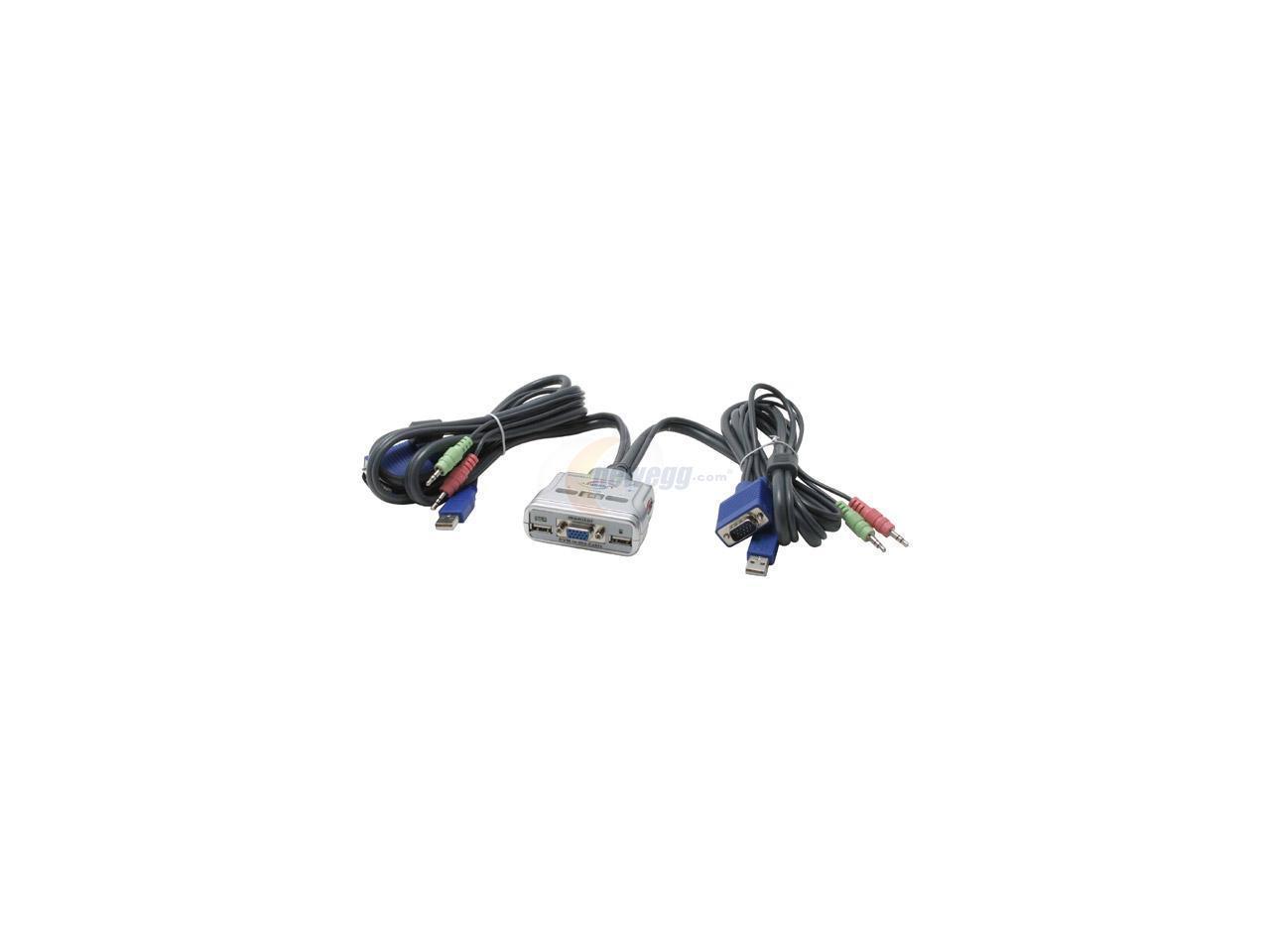 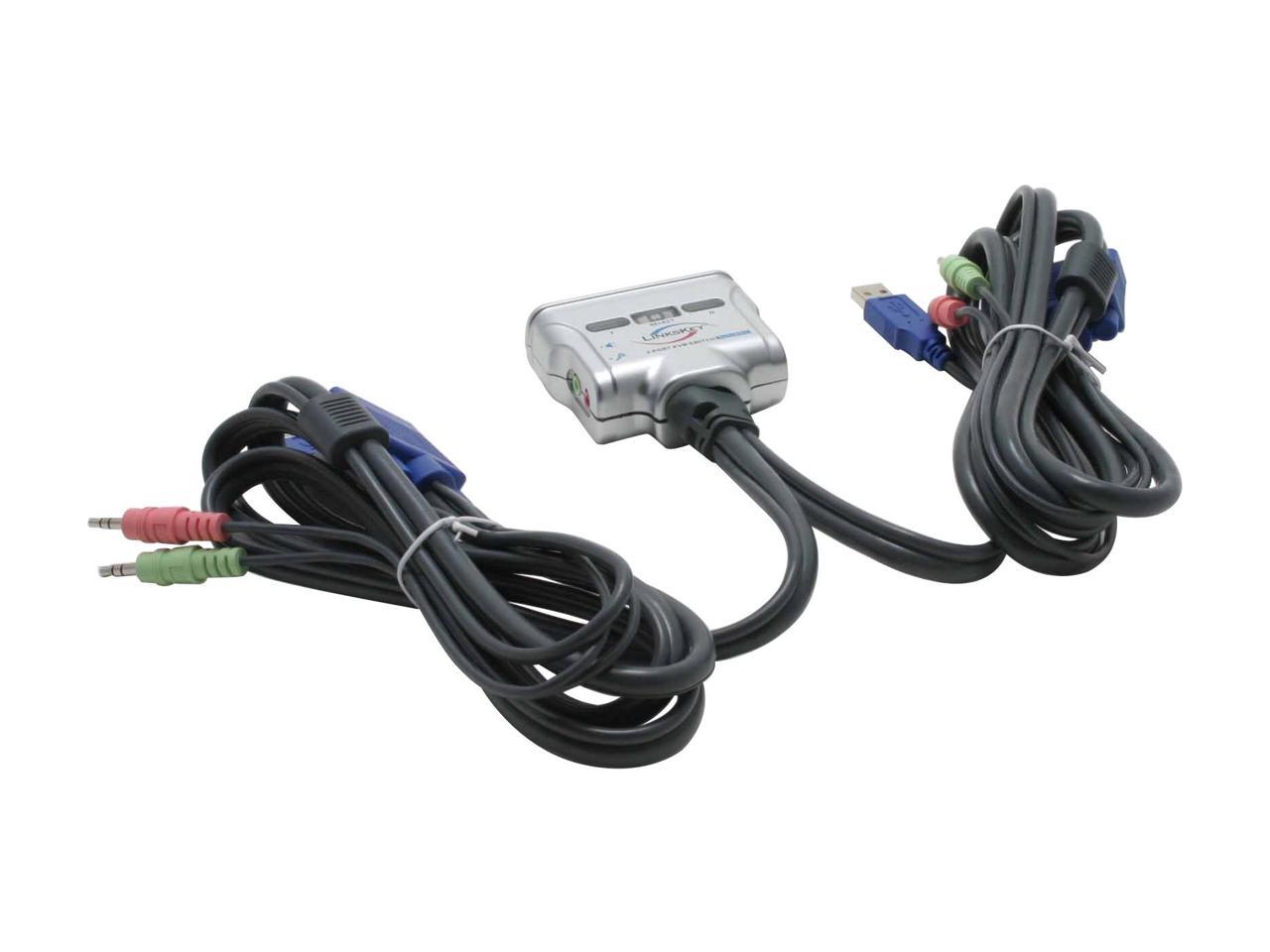 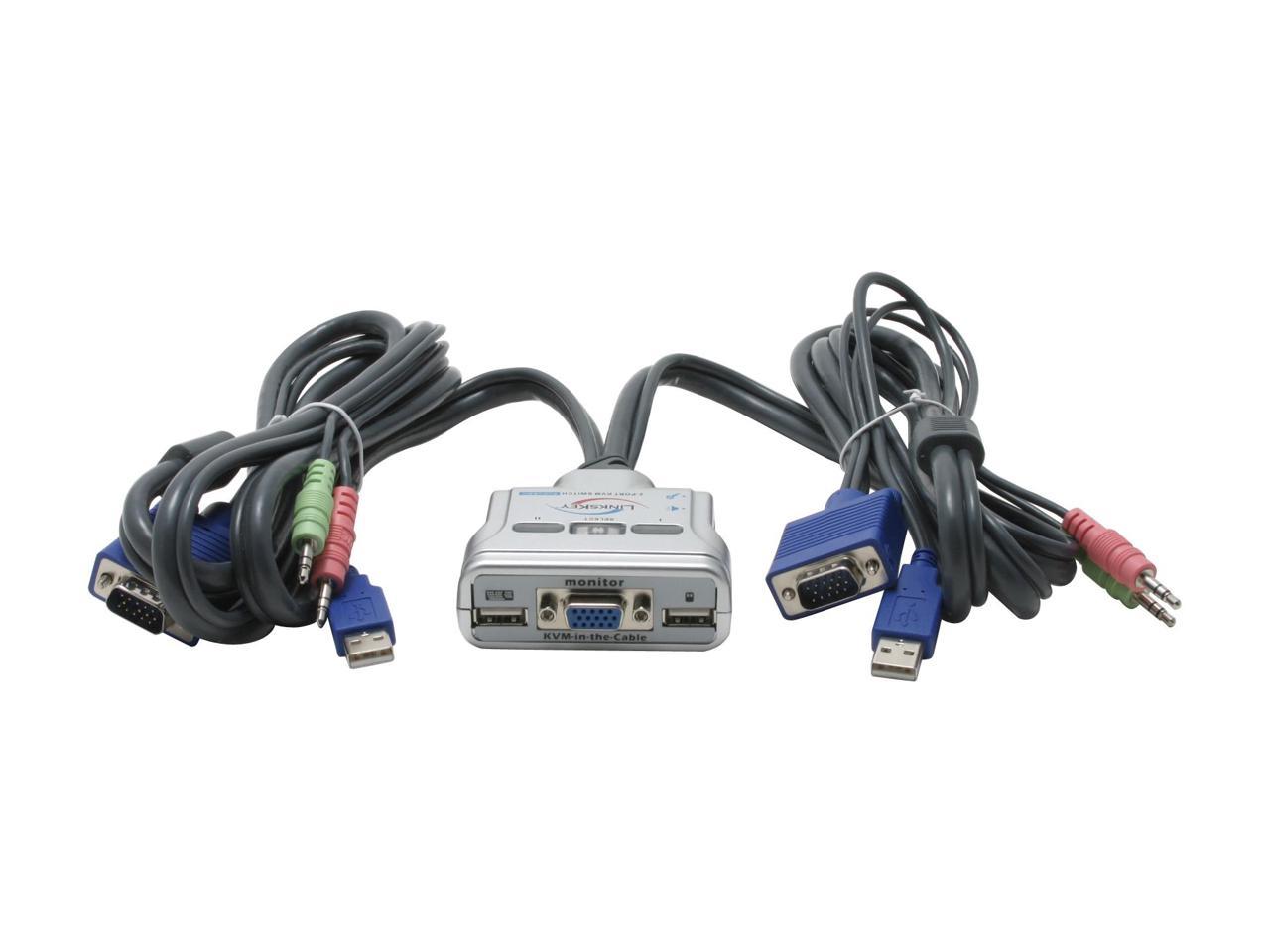 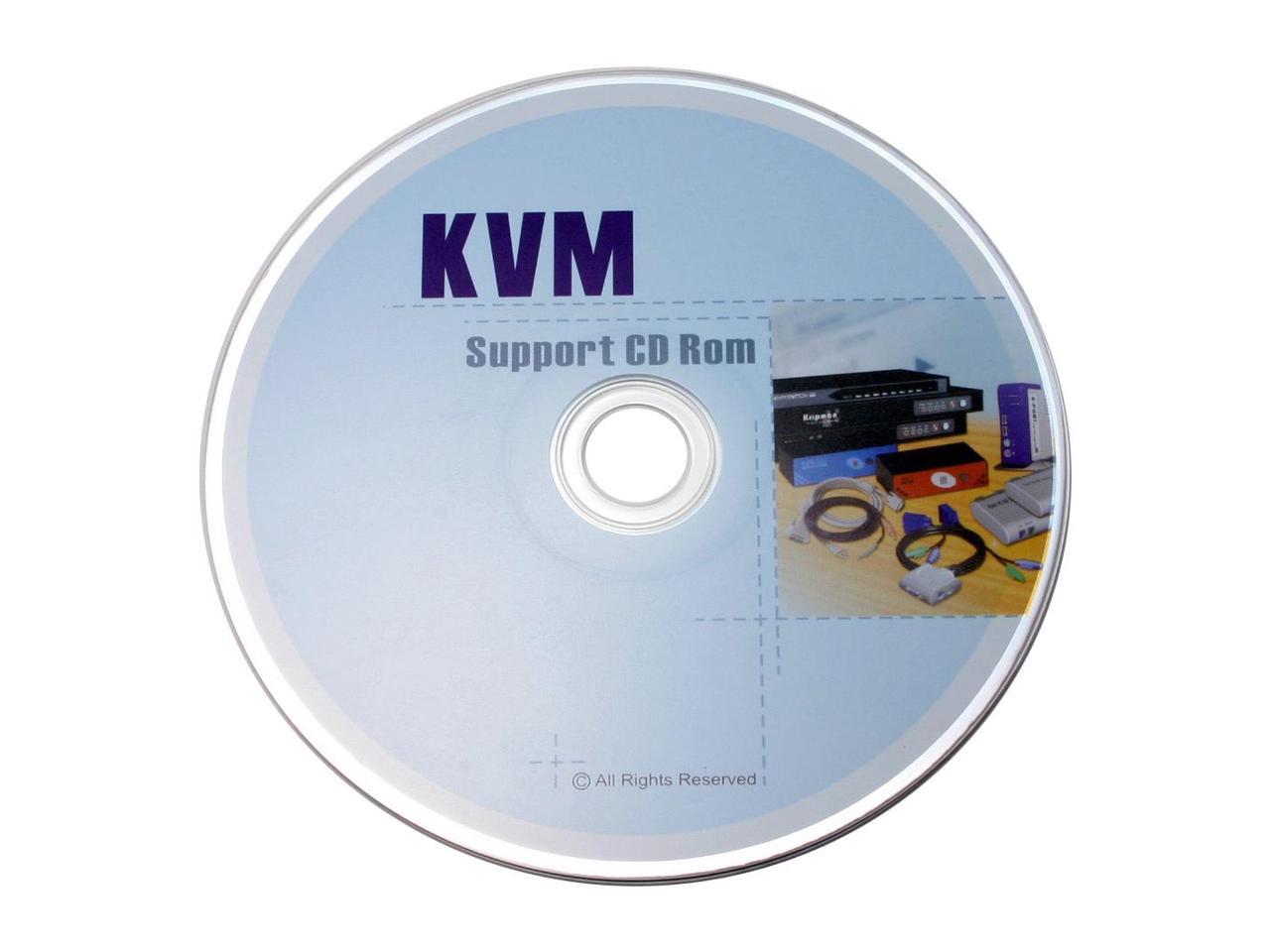 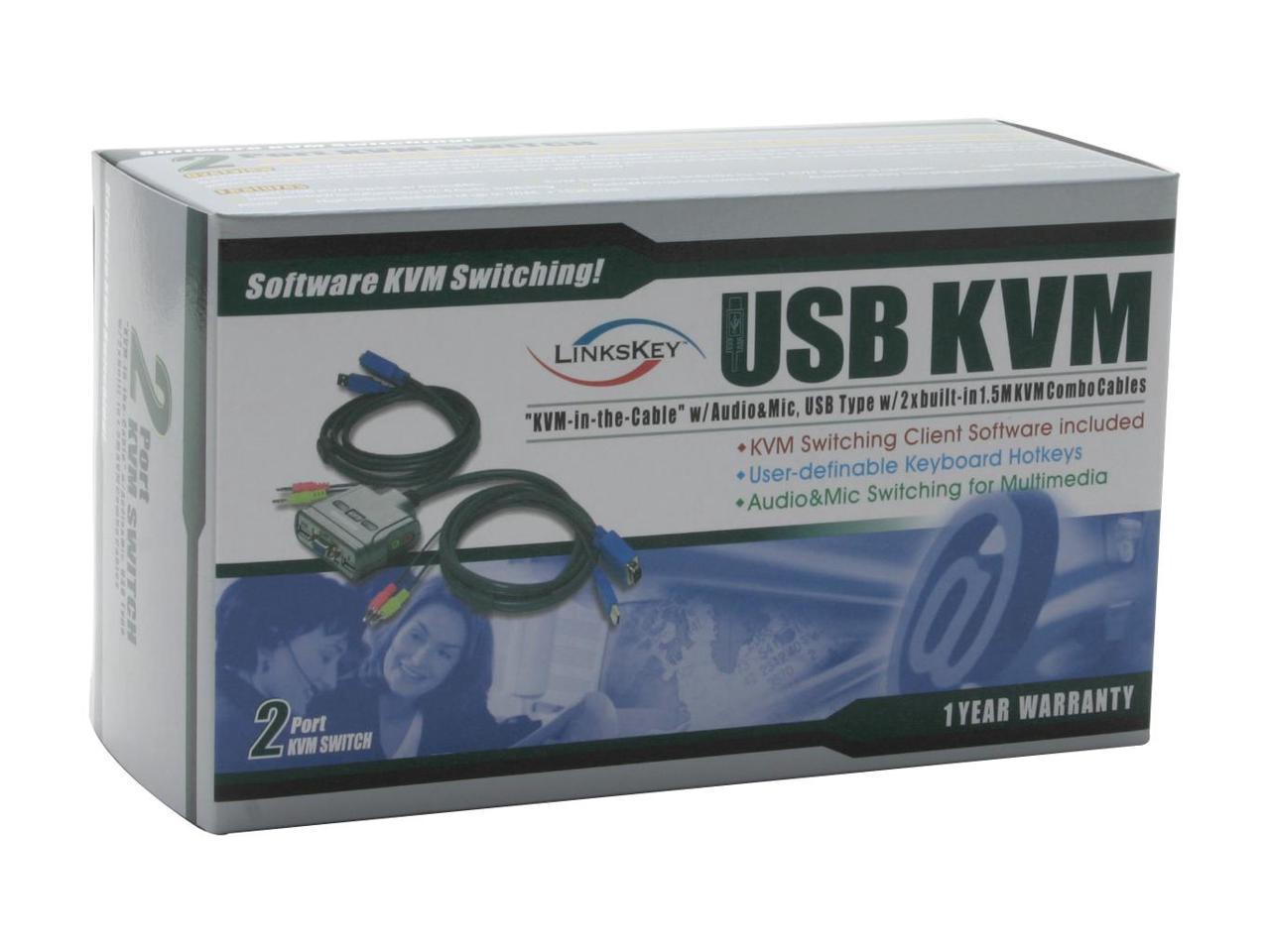 Pros: excellent price, cables included, small footprint, works in linux, works in BF2. The delay in the mouse and keyboard when switching is about a 1-onethousand count - so literally about 1 second, with linux being almost instantaneous and windows being about 1 second. I do not notice any mouse or keyboard lag when gaming, and I have not encountered any issues such as not allowing more than 3 simultaneous keypresses, or an inability to press and hold keys - all my bindings in BF2 work as they did w/out the KVM - including side buttons. I can switch while in game w/out issue.

Cons: for some reason Ive yet to troubleshoot, I need to boot windows completely before switching away or I get a blank screen. After windows has booted to desktop it is not an issue, did not test with linux nor do I intend to : )

Overall Review: My Logitech mx518 and mx510 mouse had the side buttons recognized in BF2 when using only the default windows drivers, but not after installing this KVM. Issue was remedied by installing the mouseware drivers for the mx510 and the set point drivers for the mx518. With the set point drivers, it wanted the side buttons to remain mapped to 'generic buttons' in the logitech driver gui, or the side buttons would not work in BF2. In linux (gentoo in my case) I needed to change the dev mapping for the mouse in xorg.conf to /dev/input/mice (as opposed to /dev/input/mouse0) or the mosue would not be recognized when switching back to linux. I am not concerned that the hotkeys dont work by default in linux - why would they ? I am happy to manually hit the button. Also, I am not using the speaker/mic switching, cannot speak to it.

Pros: Using it to switch between a Windows XP Pro and Windows ME machine. Have a wireless Microsoft keyboard and mouse running through it with no trouble, and the audio switches just fine for me. BIG plus to have both software switching and button switching because...

Cons: the hotkeys won't work to switch from the ME machine back to XP. I have to use the button on the KVM to do the switch. Don't blame the KVM for that...Windows ME is such a rock-solid OS anyway that it *couldn't* be the problem... :p

Overall Review: There is a couple-second delay when switching before the mouse works. Minor problem to me, especially for the price and usb/audio capability.

Cons: Have to use switch button to switch from Linux machine to Windows.

Overall Review: I recieved this product today and within 15 minutes it was up and working on a Win XP home and an old Suse Linux 10 machine. Linux machine was a standard hookup. The windows machine has an addon 4 port USB which the KVM plugged into. I only had a PS2 bus keyboard but found a PS2 keyboard/mouse to USB adapter that I used for the keyboard. The only minor annoyance is the only way to switch off of the Linux machine is to use the KVM switch button.

Pros: I pluged it in and it worked right out of the box on my Gentoo Linux and Window XP system. Even the extra function keys on my MS Natural 4000 USB keyboard worked under WinXP, which I didn't expect, also the extra button on my laser mouse also worked. I was expecting this KVM to render the 20 something extra function keys useless from what I heard most USB KVM don't handle multimedia keys on keyboards. Now I have 1 less keyboard and mouse on my desk and take less than a sec to switch between systems. =D Also no problem with the video, and my NEC monitor software utility on WinXP to change settings still function properly.

Cons: The Hot key doesn't work when i'm on my linux box, however i might just have to restart the comp. or change something in the BIOS I think there is an USB keyboard option, but I can't ruin my 1+ month uptime. ^^;) Still I can swap using the button on the KVM, so it not a big deal.

Overall Review: I didn't test the audio/mic switching because I don't use a mic, and my Cambridge SoundWork speakers have two inputs ^^; so sound plays from both computers. For 30 bucks, this USB KVM is cheap in price, but not in function and quality.

Pros: 2 USB devices can be plugged in. Nice long cables. It works.

Cons: VGA video only. When switching to Windows box, I have to switch it quickly back and forth and back again from my Mac and wait a few seconds for it to work. My Mac has no delays or errors with it.

Overall Review: VGA video only is a small inconvenience -- I have to use DVI-VGA converters on the video cards. This results in somewhat poorer video quality, but is rarely noticeable. Newegg's service was excellent.

Pros: This is an excellent product at an amazing price. It works well without requiring any software. (Linkskey provides software to allow hot key switching for Windows operating systems, but I've neither installed nor used this software.)

Cons: The only problem when using this product with a Mac and a PC system is that you need to set the switch to the Mac side while booting the PC so that the Windows detects the emulated mouse and keyboard at boot. If the PC side is selected then Windows will re-detect your keyboard/mouse every time that you switch back and forth-- causing a 3-10 second delay. There is no delay on the Mac OS (10.3.9) side regardless.

Overall Review: I love it! The only thing I'd like is the ability to select the audio portions independently of the keyboard and mouse. Sometimes I like playing internet radio or other music on one machine while working on the other.

Pros: Bought this to be able to work on others computers without disconnecting my own. Been using it since January and all the systems I used it with work fine with no conflicts. My shared hardware is a logitech MX1000 (wireless laser, connected via USB), logitech navigator keyboard(connected via USB), 22" Princeton Graphics (1200x1028, 85Mhz, CRT) and 2.1 logitech speakers. I like logitech products. All Hardware operates in games (F.E.A.R., Warhammer DOW and DAoC) without problems. Even hotkey switches without problems during games. Sound has never been an issue.

Cons: Product seemed to have a flimsy feel to it (to me). However, it has not been a problem.

Overall Review: Ordered this to work on my brothers machine. I use it now to connect PCs I am configuring or troubleshooting so I can have access to my own computer for whatever needs arise-downloads, searches and something to do while the other machine completes a task or test. This unit does exactly what I want it to do flawlessly.