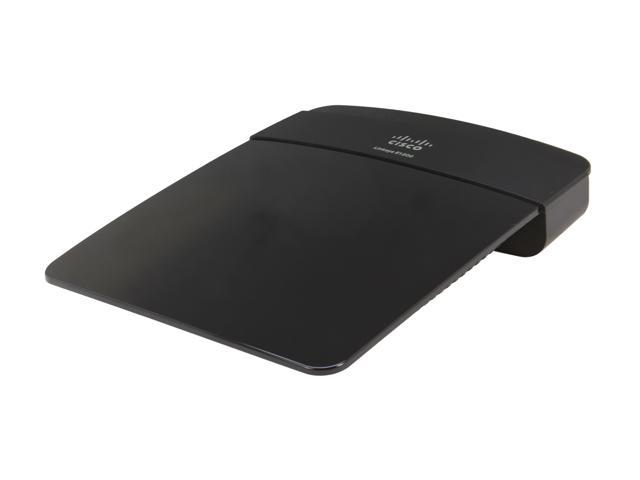 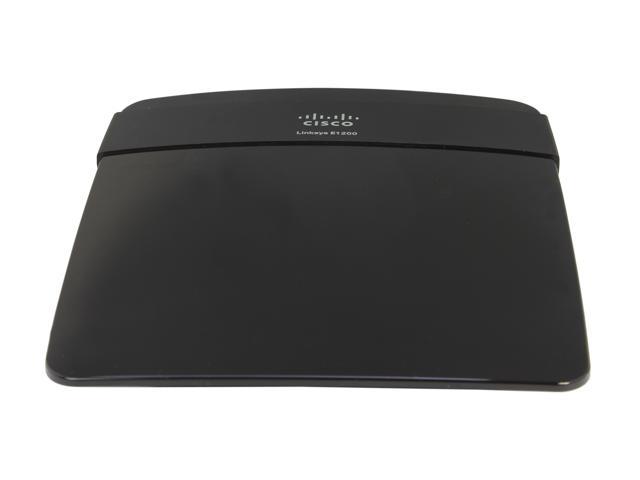 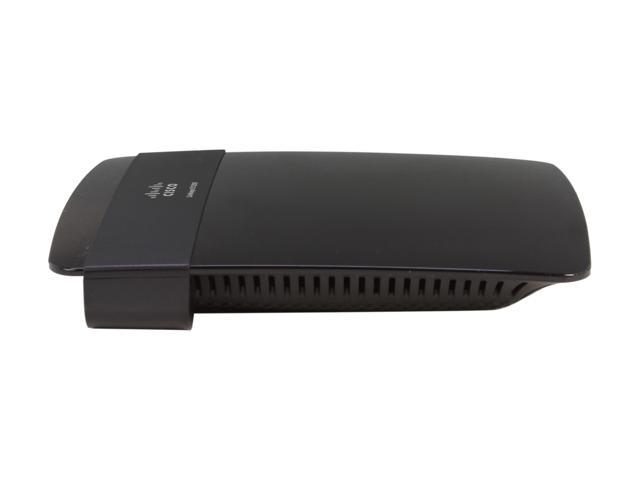 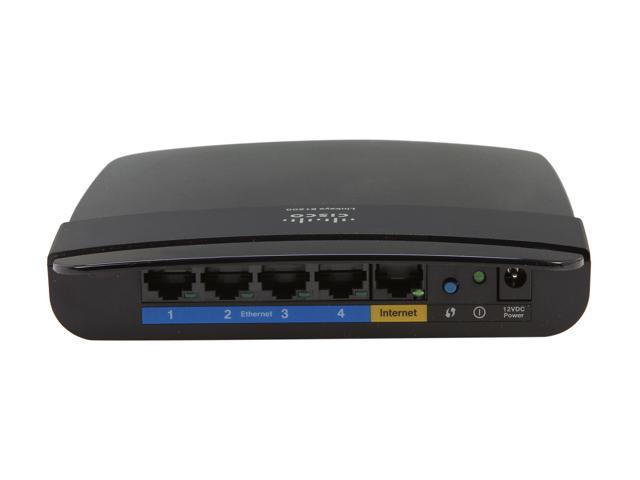 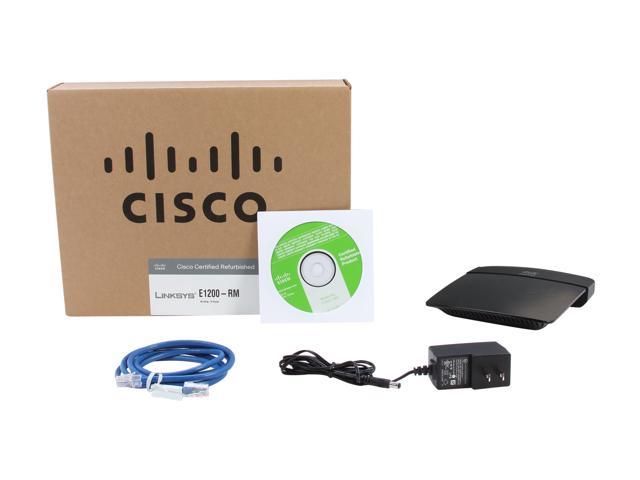 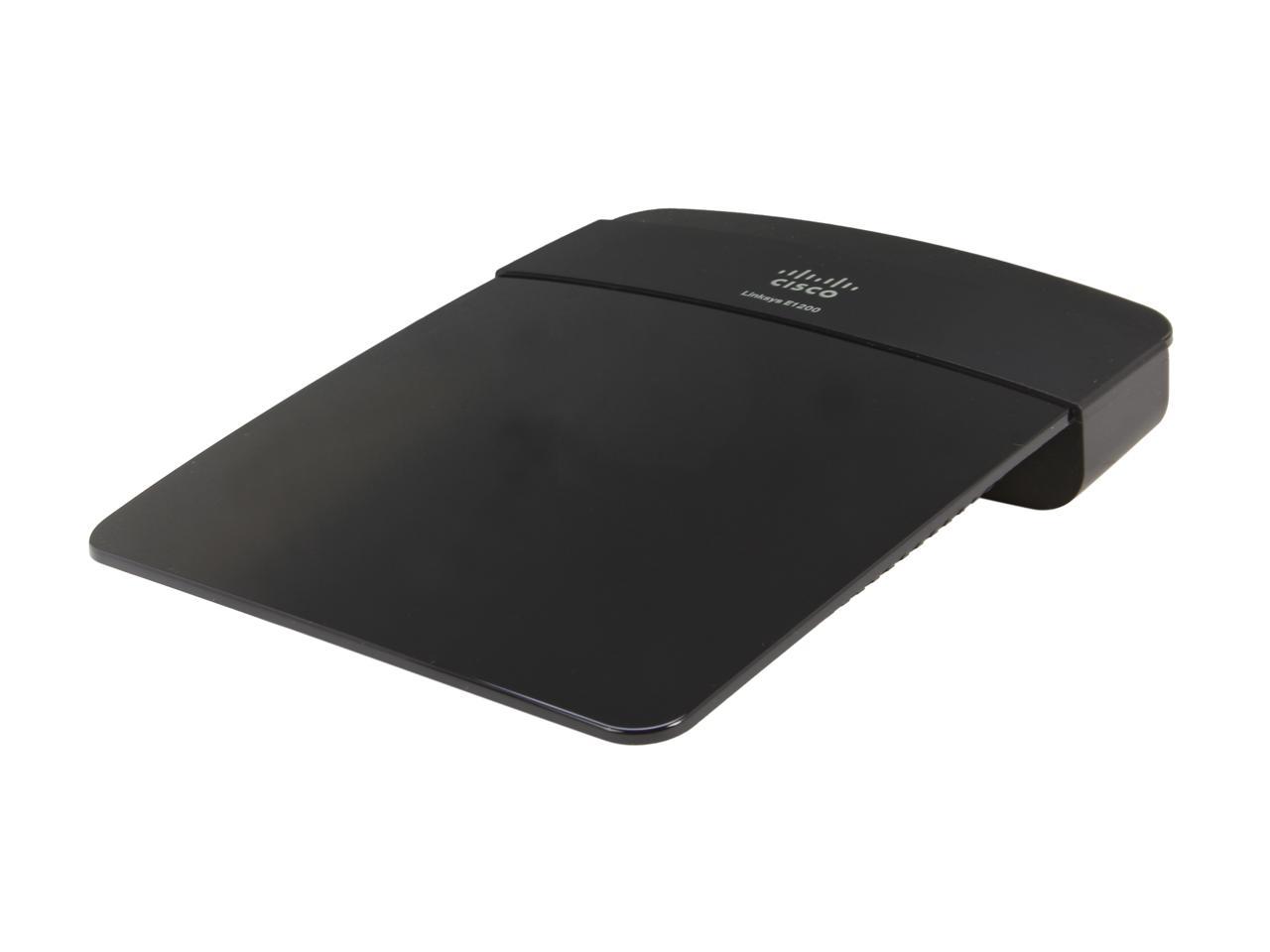 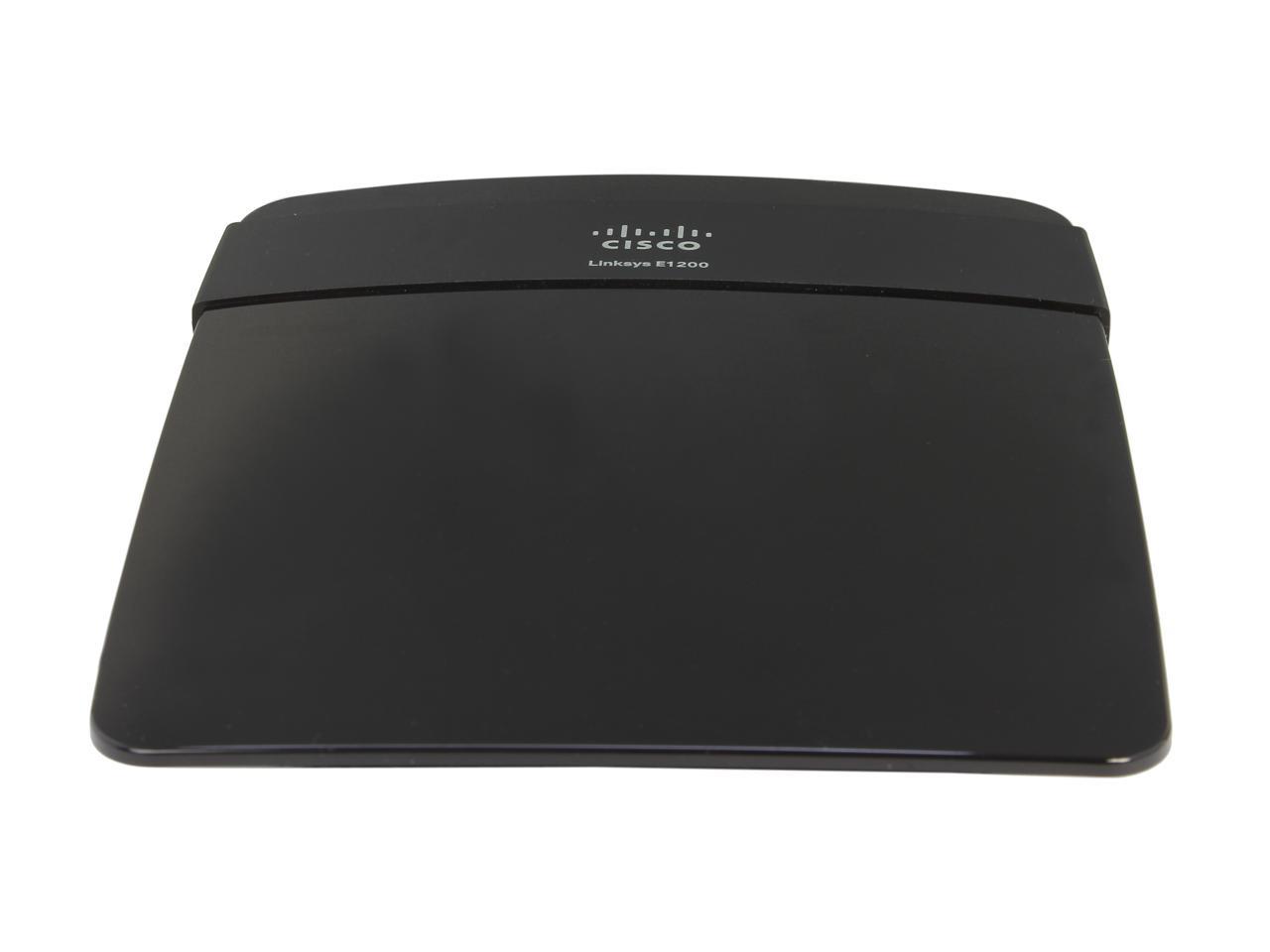 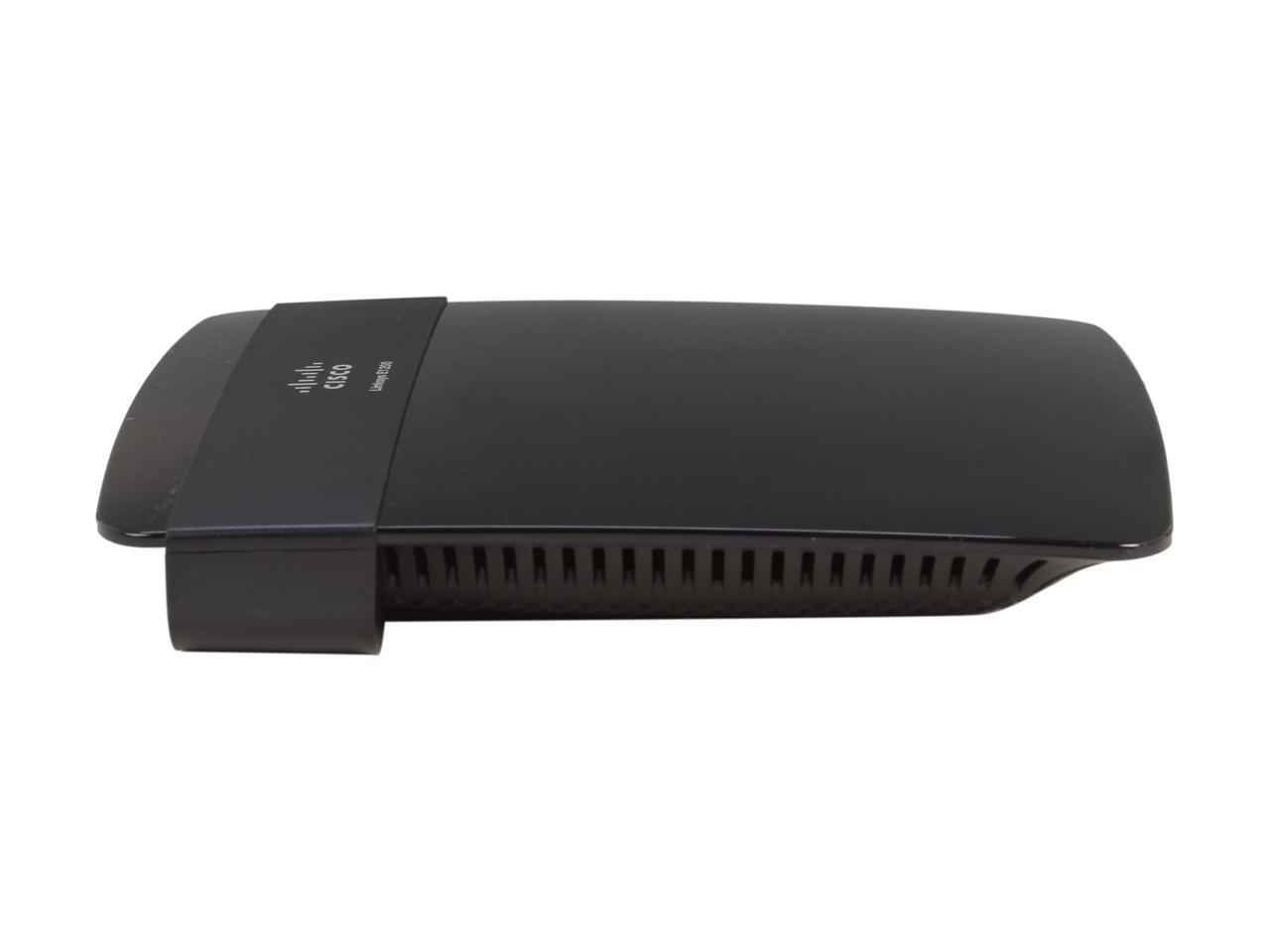 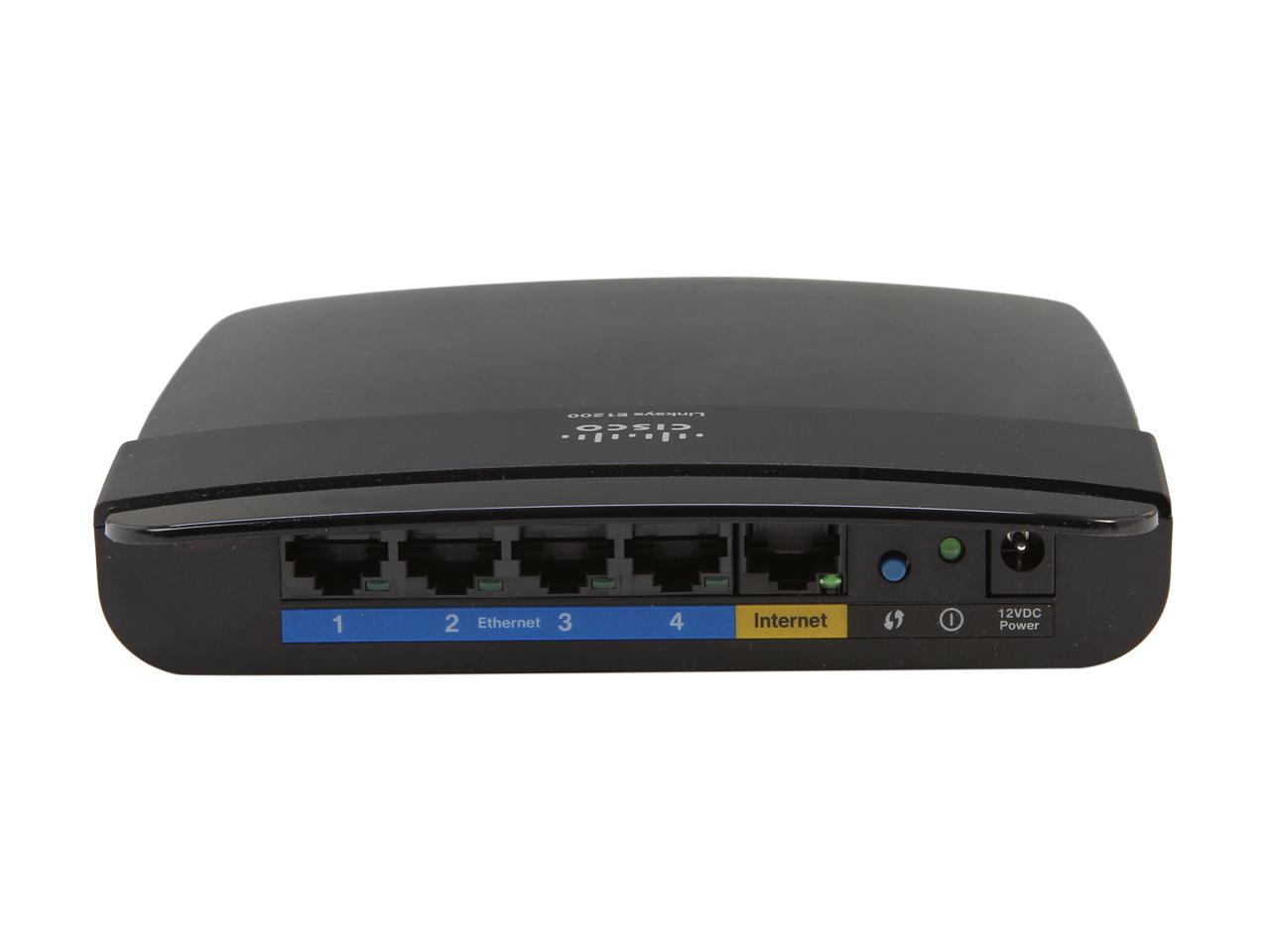 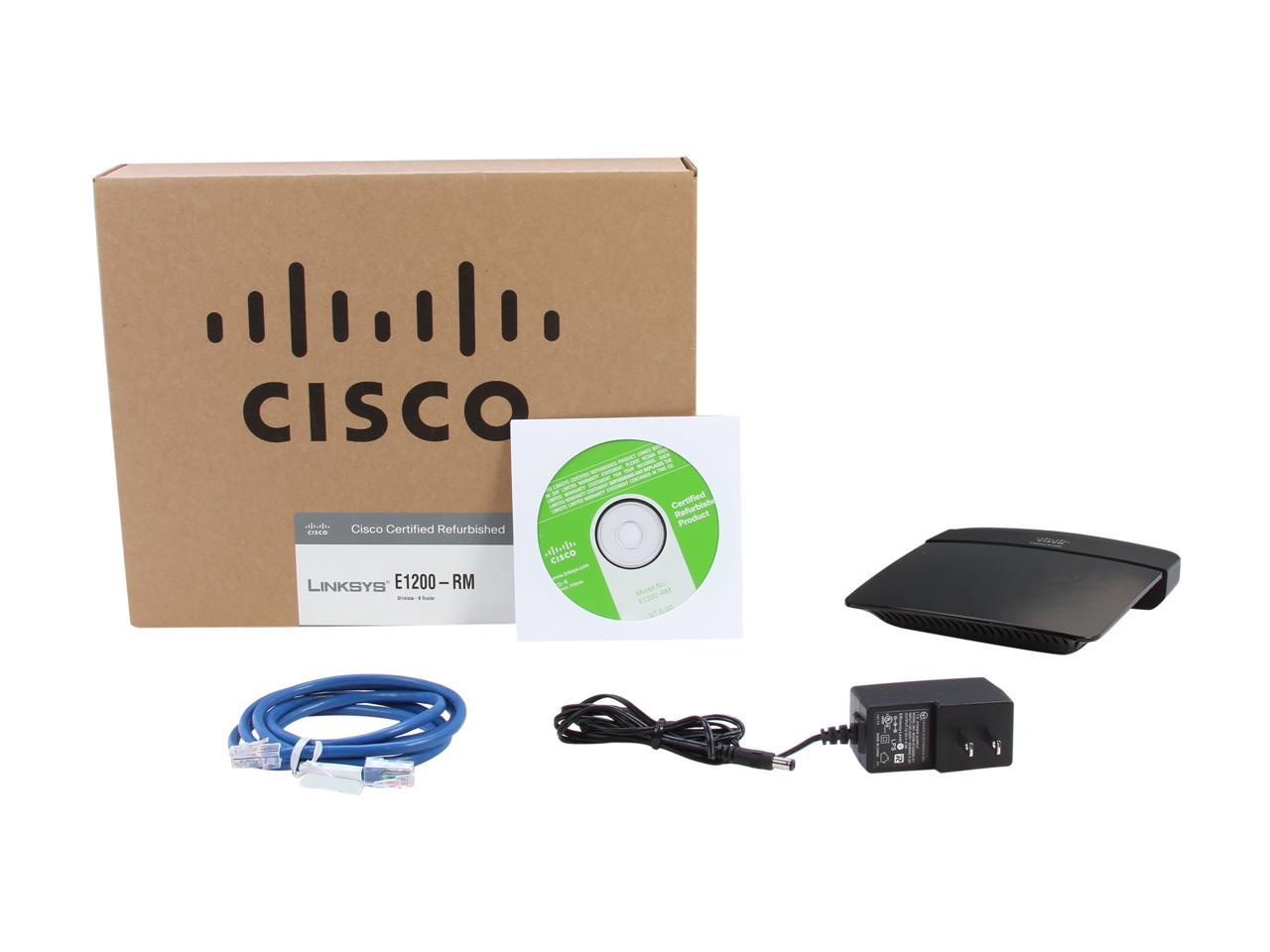 This means the product was tested and repaired as required to meet the standards of the refurbisher, which may or may not be the original manufacturer. Any exceptions to the condition of the item outside the manufacturer’s information should be provided in the listing, up to and including warranty details.
(26) Write a Review
OUT OF STOCK.
Overview
Specs
Reviews

Learn more about the Linksys E1200-RM

Pros: Easy setup. Replaced old router with same settings as before and everything's working great. All my devices are none-the-wiser. Old router was crashing and losing connection on tumblr sites and others, and had not had a firmware update since 2009, so i decided it was time to move on. As a refurb I got version 1 and FM 1.0.00. Updated to 1.0.02. Got mine for 26 bucks on a daily deal. Bought a lot of stuff refurb on newegg and haven't been disappointed. This is actually doing a noticeably better job at streaming to my media devices, too. Nothing I've bench marked, but my xbox's are playing movies with less hiccups.

Cons: For the price? None.

Overall Review: At 30 bucks, it's a great standard home use router.

Pros: I've owned the Linksys E1200 refurbished for a year, and I have to say, for the price, it's an incredible router. The stock firmware is already pretty good, and for those of you interested in changing the firmware out, you'll be happy to know that DD-WRT is quite functional. Range is good on the router, though it's not more than you'd expect from a router with external antennas. It runs fairly cool and has a small footprint, and it doesn't seem to have any issues with dropping connections or reducing speeds. As for it being refurbished, it is recertified and provided by Cisco themselves. It came professionally recertified and looked almost brand new, and worked just as well.

Cons: The shiny coat of the top is -very- vulnerable to scratches. Mine arrived with a few hairline scratches on the top, although they were -very- minor. Connection strength, while good, could be better. I believe that's where the E1500 comes in, however, so I can't raise a legitimate complaint about that. The front feet idea is kind of silly. It sits on a single foot in the front, and two in the back, which makes it vulnerable to wobbling. It's a poor design as far as the feet goes, but it doesn't impede functionality of the router.

Overall Review: All in all, this is a great router for the price Newegg carries it at. I'd highly recommend you buy it, though considering it's refurbished, you should be willing to take a risk.

Pros: Bought refurbished, my Netgear had went out that morning, and it arrived two days later. Installing it was super easy, just popped in the disk, named the network and setup the password, seconds later it was done. Linksys has never let me down. I have 20MB down and 1.5MB up DSL internet connectiona and this router allows me to play XBOX Live on both of my consoles, and browse the internet on two computers, a smartphone and two kindles. So far, no drops in connection or slowness. Connecting is almost instant from all devices. This is one purchase that I am very happy with from Newegg.com.

Cons: None at all; the best thing that has happened to my home office in years.

Overall Review: Should come with mount for a wall. I would enjoy being able to place on my wall right out of the box.

Pros: -Sleek design, no antenna -light weight doesn't occupy much of space -very simple, easy to configure, yet advanced if you like to, web based administration console, got all simple features needed. -simple product for simple use, typical house use (internet browsing, family sharing...etc.) but definitely not a good choice for extreme gaming -Backed up with outstanding customer support team from Linksys, I will definitely buy another Linksys (CISCO) but brand new this time just because of after sale support and great tech team!!

Cons: -arrived dead, however Linksys support was outstanding, they tried everything to help with the situation in timely fashion, but the product was "refurbished" and is expected to easily skip the QA and finds its way to the customer. -

Overall Review: Although it was refurbished unit, however its defect was intermitted, that makes it easy to bypass QA team and finds its way to the customer, but I have to admit the customer support in Linksys was outstanding, and provided help and courtesy, it is simple by all means, and great if it works!!!

Cons: The speed with this router is 25% lower running the ethernet cable from modem to computer than directly from the cable-modem to the computer-- down from 110Mbps to 85Mbps. That's pretty lousy. My previous router had no loss with a similar connection.

Overall Review: Would not recommend if running a cable directly from this router to a computer or other device.

Pros: Not sure - never worked!

Overall Review: We will see how the RMA process goes. I'll raise the rating if it goes well.

Pros: . Steady & stable internet connection so far . I like the Linksys Connect software - easy to use and comes with a speed test as well as a few other simple features (you can view your history of tests too) . Upon installation the software automatically creates a separate guest-wifi network with a separate password for if friends are over (disable-able of course) . Works with Windows 10, which I'm using

Cons: . Did not work right out of the box: The installation CD / Linksys Connect software failed to set up the router at first. After digging into the problem a little bit I realized the router's firmware maybe had to be updated. To fix: I went to their support page for the router and down to downloads [http://www.linksys.com/us/support-article?articleNum=148523] while connected to a working internet connection. Saved the firmware file and plugged the ethernet cord from this new router directly into my PC. Disconnected from previous wifi connection and connected to this Linksys router via ethernet (Network Adapter Settings on Windows, you should know this). Then typed in 192.168.1.1 to my web browser bar and updated the firmware. It worked, instantly after that :) - A very easy fix although I suppose it should have come with the proper firmware installed. after the upgrade I ran the Linksys software again and abra kadabra alakazam

Overall Review: Bought this router refurbished since my old one used to drop out once I reached a certain bandwidth.. I've only had it for less than a day but so far so good! Full bars. Ah does it feel good to have stable internet again! Not sure about the range, I'm pretty close to my router using wireless.