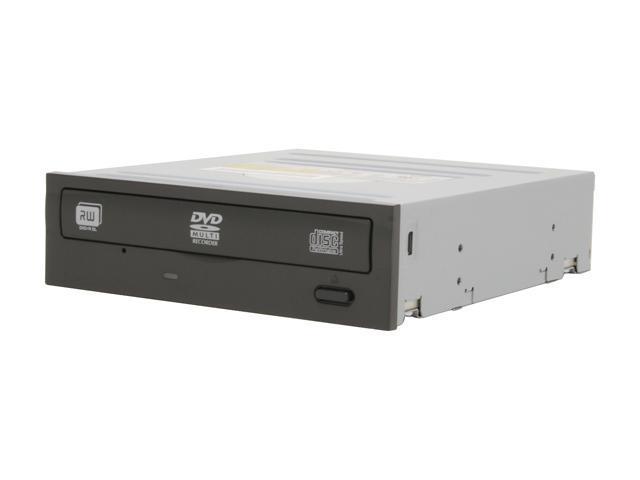 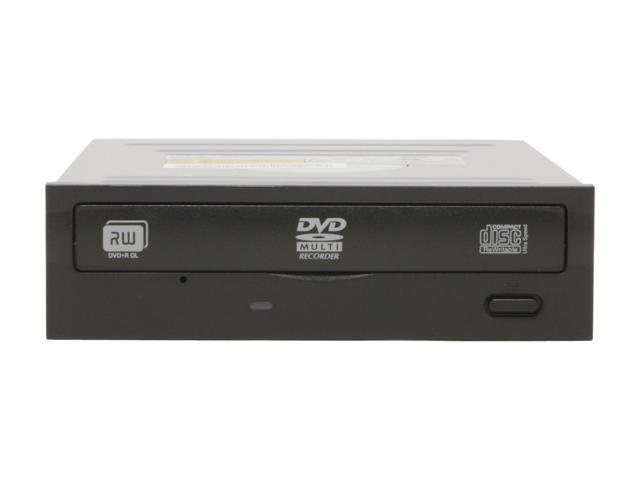 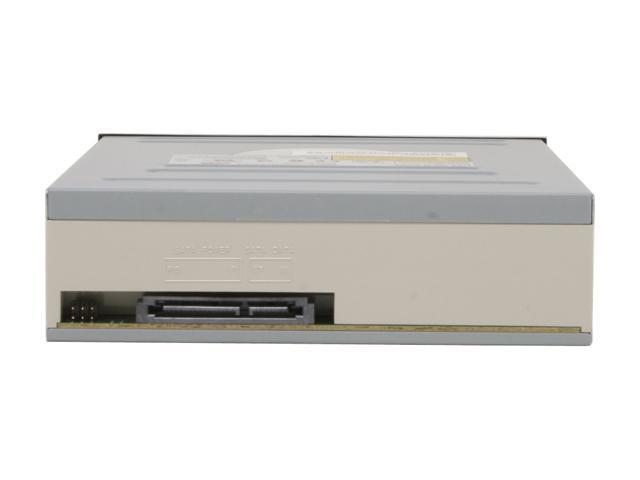 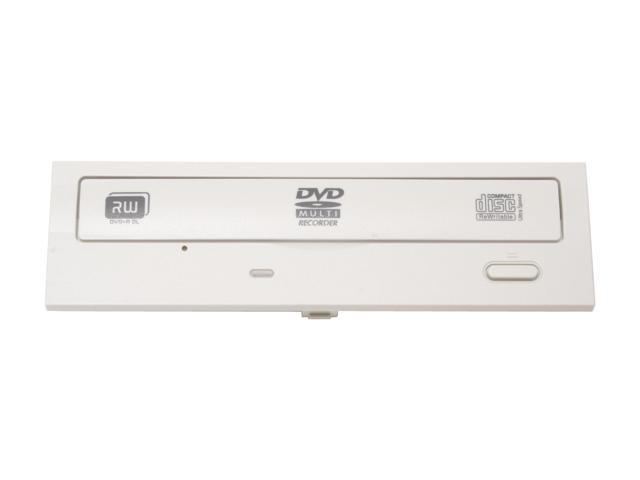 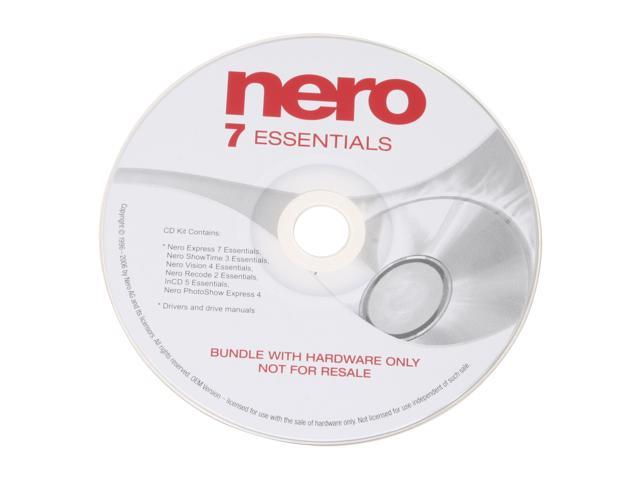 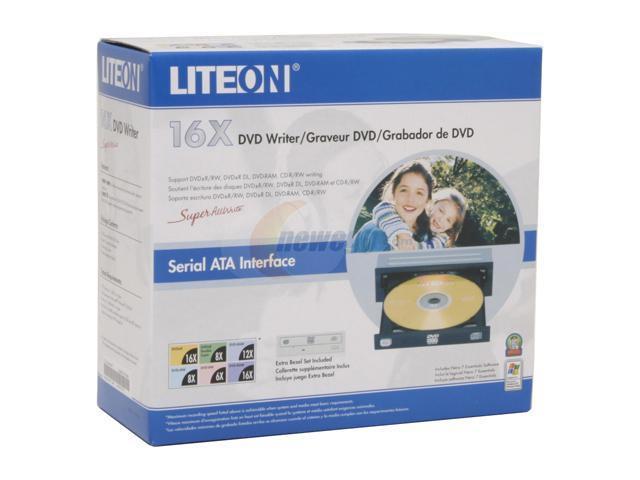 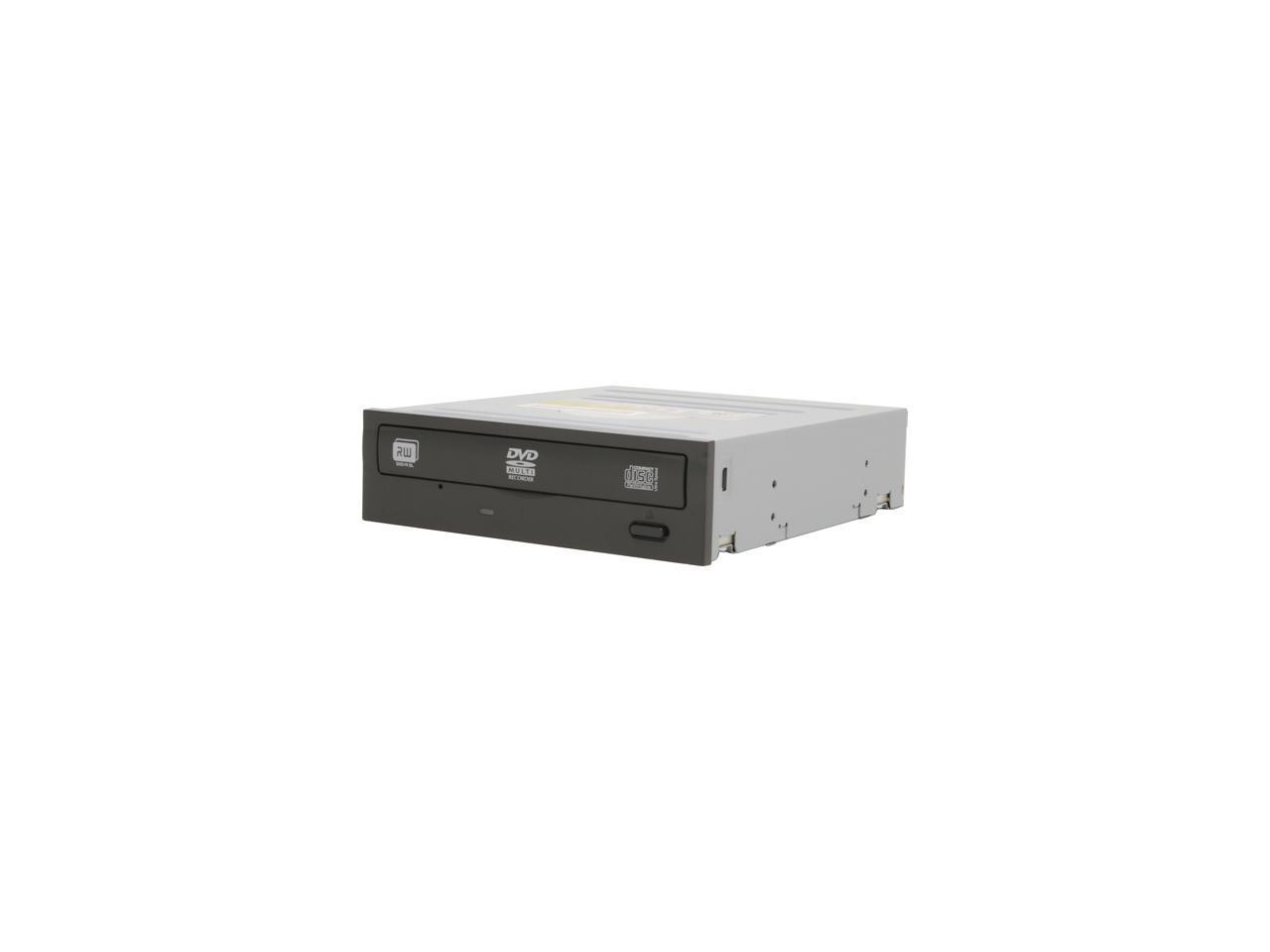 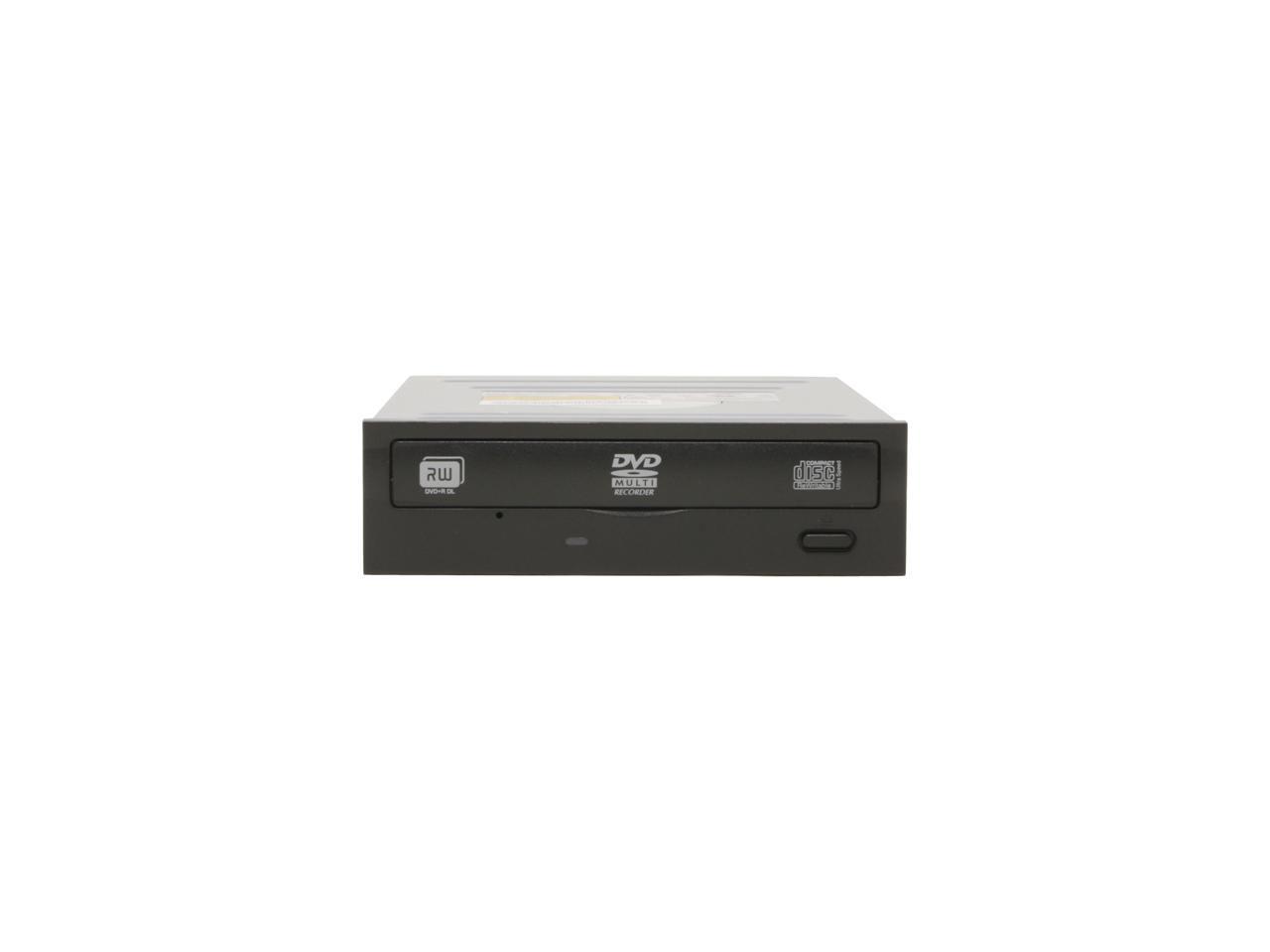 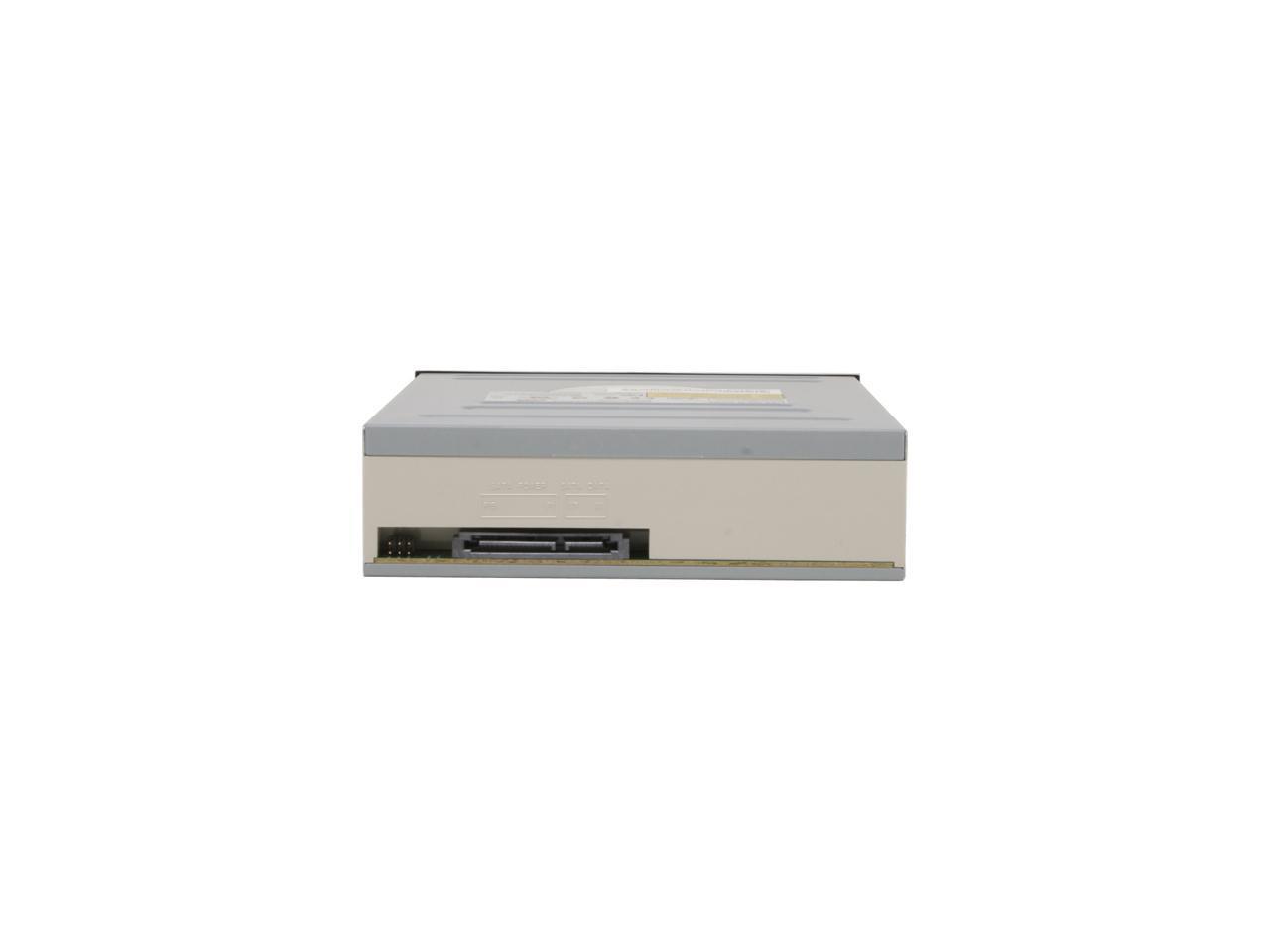 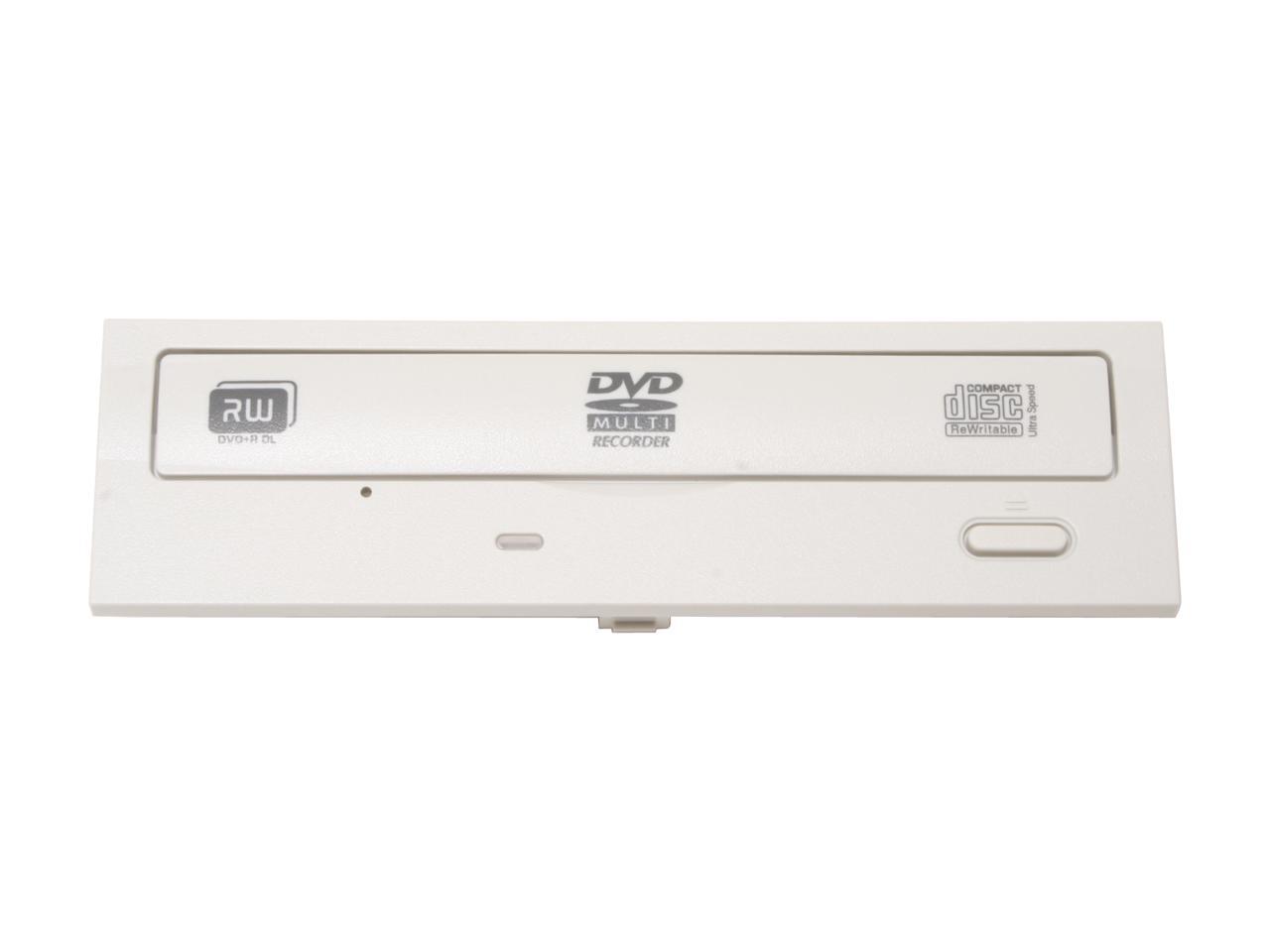 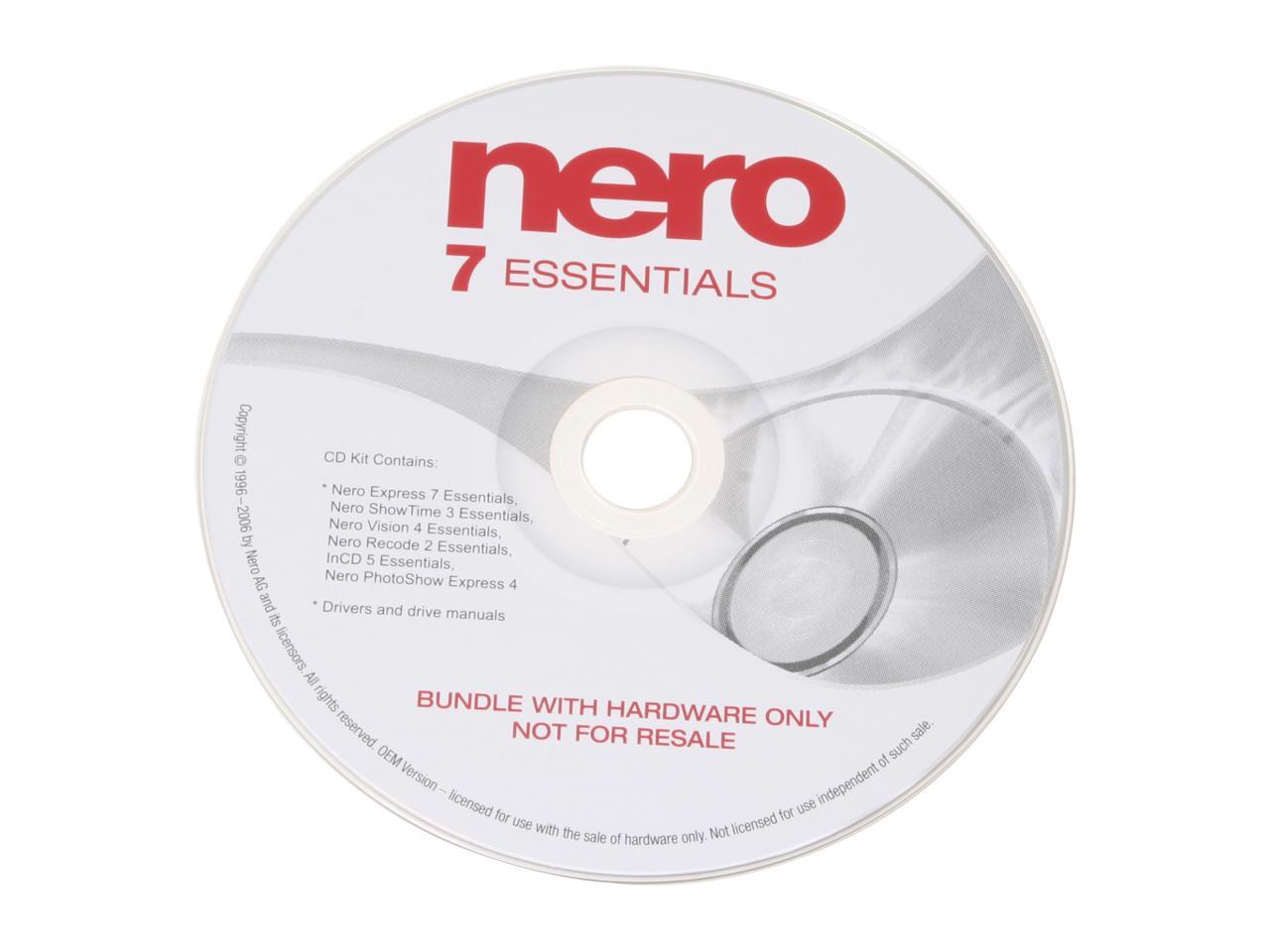 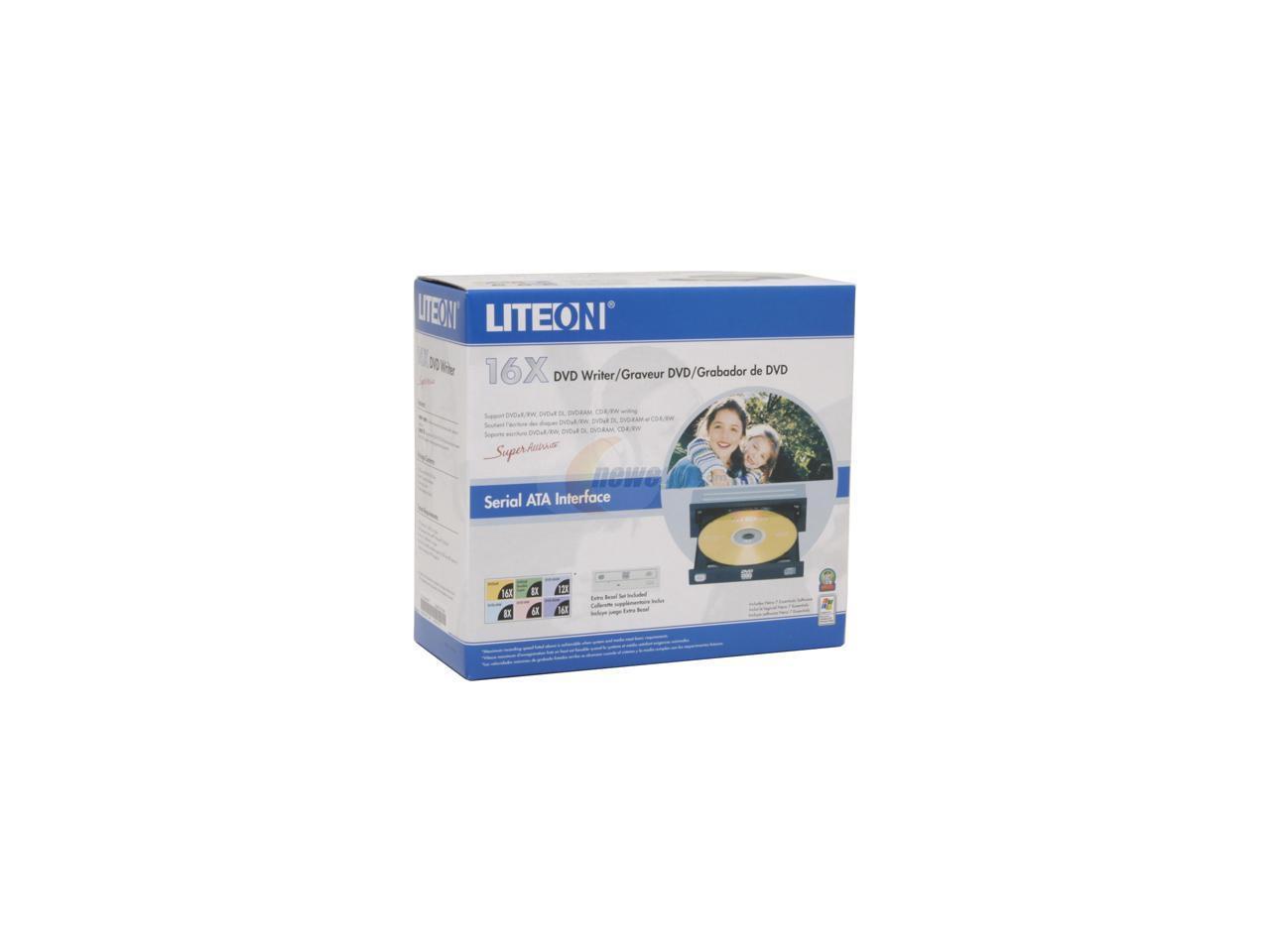 (75) Write a Review
OUT OF STOCK.
Specs
Reviews

Pros: Cheap SATA and short profile! It also burns CDR\DVD+R\DVD-R\DVD+DL just as good as my Benq DW1640, which is considered one of the best writers around.

Cons: Below average error reporting if you like using programs like KProbe or Nero CD-DVD speed to test the quality of burned discs.

Overall Review: It doesn't matter if there's an CD audio connector or not, those are for legacy PCs and haven't been required for many....many years. All data, including CD audio, is sent over IDE\SATA. This is not a negative, folks!

Pros: Great price, SATA model, extra face for white or black, I've burnt about 100 DVDs and CDs with it and had no problems related to the burner. Its fast and seems to still run cool and quiet...its dead silent.

Cons: Does not come with SATA cable or molex for adapting to regular ATX power connector so if you don't have one you'll want to order one.

Overall Review: Have had experience with Lite On before and they have gained my trust 100%.

Cons: No cables included. It's a retail drive it should come with a SATA cable.

Overall Review: I read reviews about it these SATA interface DVD drives not being bootable. I have 2 other optical drives ATA dtives so if it wasn't bootable then it wasn't a problem for me. I figured that it not being bootable for otehrs is probably due to the chipset or the BIOS version on the motherboard. However the first thing i test when I got it was to see if it was bootable. It was bootable for me with no problem. My motherboard is a Foxconn C51XEM2AA.

Pros: Inexpentive, short profile, and the SATA interface means no unwieldy ribbon cables. Worked flawlessly out-of-the-box with a modern Linux system (2.6.18 kernel) on Abit AB9 Pro motherboard with the SATA controller set to AHCI mode. Haven't tried it on Windows or with the SATA controller in legacy ICH5 mode. (AHCI mode is preferable anyway.) If you're concerned about accurate CD Audio ripping (see http://www.accuraterip.com/), this drive has a read offset of 6 samples, which is the best I've ever seen. (Even if your ripping software can do offset correction, you lose this many samples at the end of the last track -- they always come out zero -- so if you're concerned about perfect digital accuracy, a low offset is good even though it's unlikely to make an audible difference. Unfortunately, I've yet to see a zero-offset drive.)

Cons: Older motherboards/OSes/applications may not support SATA optical drives, so check compatibility before buying. (As with PATA optical drives, no model-specific drivers are needed -- all modern optical drives use ATAPI so a single ATAPI driver, which is built into the OS, supports them all. But older systems might not support ATAPI over SATA. Linux didn't fully support it until kernel 2.6.15.) Doesn't seem to support Mt. Rainier, according to the feature list. Not really a big deal to me, though.

Overall Review: I recently built a new system with three SATA hard drives, and wanted a SATA optical drive too, so that I wouldn't need any ribbon cables. At the time, Plextor had one, but that's expensive and I've heard they're not as much of a quality leader as they once were. So I bought the new computer sans optical drive, and waited for Lite-On to release an inexpensive one. Eventually I found this one and bought it, and it's working great.

Pros: Works well on native SATA ports. Bios sees it as a DVD drive. Also it is shorter then normal DVD drives so should take up less space. Quiter then my other IDE dvd burner. Comes with white face and Nero.

Cons: Does not come with a SATA cable.

Pros: I have never owned a drive this quiet... and the rip speed is amazing (no need for rpc1 firmware.) Burns at correct speeds with all media I have tried (sony and verbatim.) This is the best burner for the money on the market.

Cons: Makes all other drives sound like tanks in comparison.

Overall Review: Because of the low price, I was not sure about the quality of this drive. I bought one as a test item... and that was my only mistake. Do yourself a favor and buy three of these for the cost of one of the competitors.

Cons: Would read both CD's and DVD's but would not write either. Tried several types of media with same result. RMA'd it and got a replacement, but the new one does the same thing. Spend over an hour on the phone with Lite-On and they conclude its a failed drive, so I RMA'd it again...Newegg is sending me another one (Fingers crossed...)

Overall Review: I have had good luck with Lite-On in the past, but this drive has been a nightmare.

Pros: It frees up my single IDE channel on my motherboard.

Cons: I cant record any media with this drive. Windows detects it as a DVD-RAM Drive, and the disc does not include the drivers that are said to be required to record media, neither does the LITE-ON web site. This problem has appeared in two different drives, on three different motherboards (an MSI, Abit, and an Intel D875PBZ), and on both SATA 1.5 and 3.0. The disc included DOES however include drivers for an entirely different product; one of LITE-ON's USB cd drives.

Overall Review: I was really hoping for this product to work, I need it to because my motherboard has only one IDE channel, and that is for my HDD.