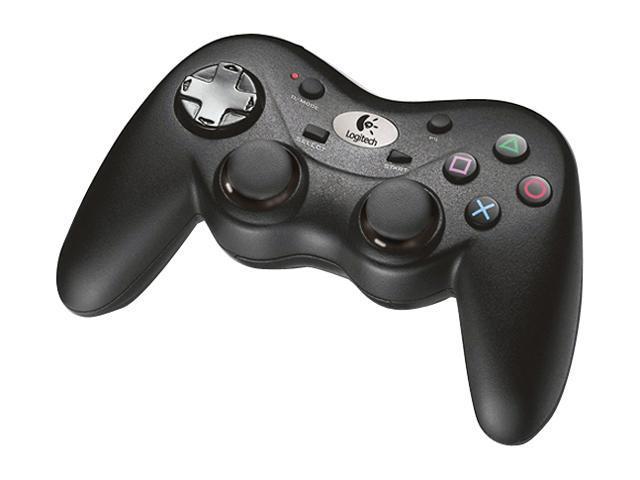 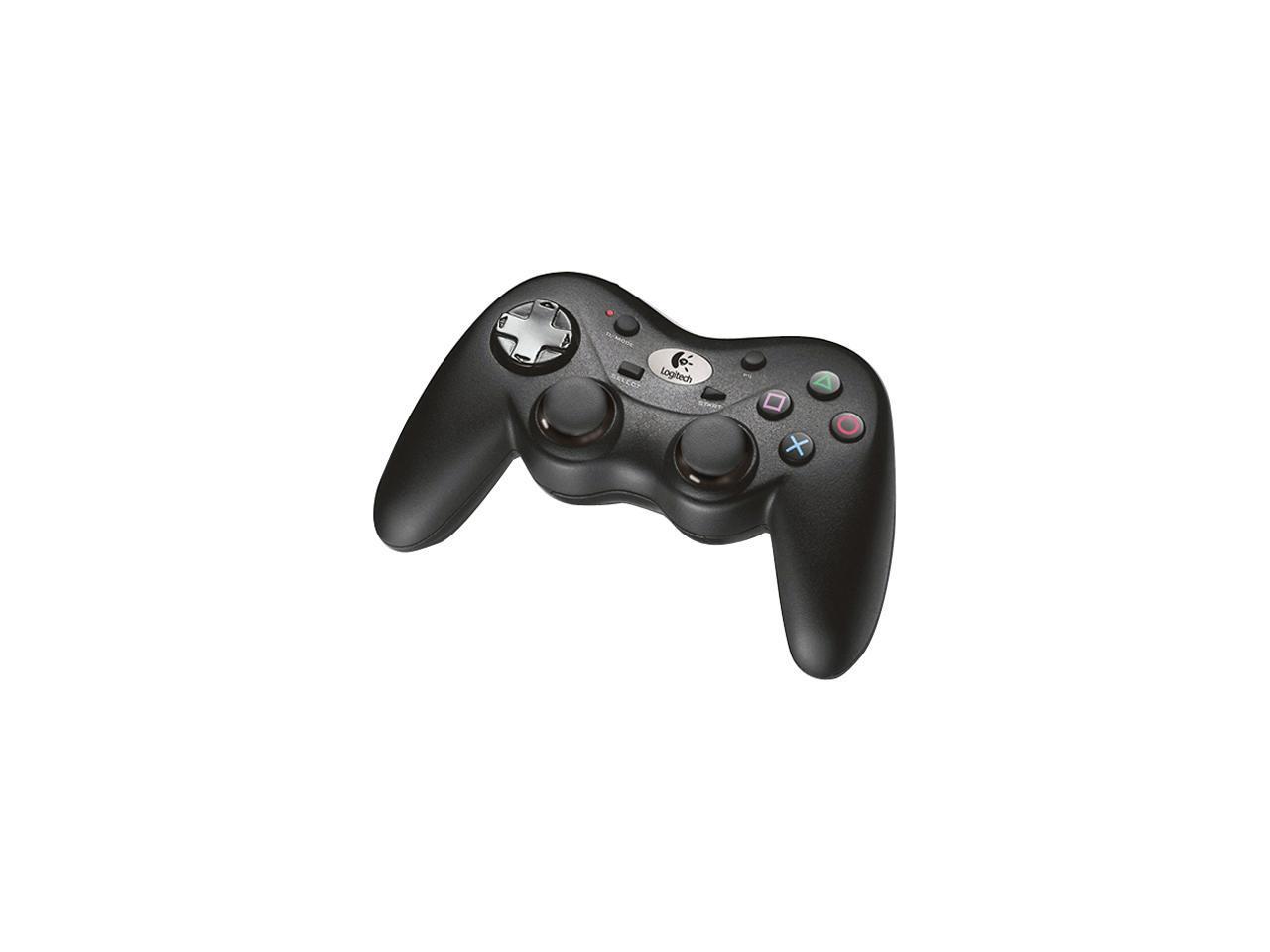 Remove the limits on your PlayStation3 experience. Enjoy smooth, precise control without lags or dropouts from up to 30 feet (10 meters) away.

Pros: Logitech controls have an ergonomic shape that fits better than stock.

Cons: This model does not have vibration......!

Pros: *Cheap. I payed $20 less than a SixAxis. *Good build quality. Seems durable and heavy, not afraid to drop this a few times. *Batteries replaceable *Rumble(?)

Cons: *No SixAxis support - a lot of games will not work properly *Batteries replaceable *Requires USB dongle - I only have 1 USB port left when using this controller

Overall Review: *The design is significantly different from the SixAxis. -dual analog sticks feel stiffer - R3/L3 more difficult -dual analog sticks are surfaced with material that slips more than a SixAis -dpad has one circle button that registers all movement (like the xbox 360 controller) while the SixAxis has 4 buttons (up,down,left,right) -buttons w/ shapes feel stiffer than sixaxis -triggers R1/L1 require more throw then a SixAxis -triggers R2/L2 much larger, require much more pressure to trigger -plastic body extends below R2/L2, SixAxis' R2/L2 hang off the controller - this makes the controller much larger in the hand All in all this is a decent controller. The most important things you should realize about this controller is that it doesn't have SixAxis support and it requires a USB dongle. The box made no indication that it didn't have SixAxis support, and I was pretty dissapointed to say the least. I haven't tested rumble, but the description says it is included.

Pros: Works great for normal gaming, every bit as capable as the regular controller, and a bit more comfortable.

Cons: NOT A SIX AXIS CONTROLLER!!!!! WHY WOULD LOGITECH EVEN BUILD IT WITHOUT THIS FUNCTION!?!? Still, I dig it and am keeping it for my other games.

Overall Review: I know, it isn't advertised as a six axis unit, but come on.....

Cons: It does not support support Sixaxis which at first doesn't seem like a big deal for an inexpensive controller. That's until you realize that some games (like Little Big Planet) won't recognize the controller because of this. - the USB receiver that must be plugged in is pretty annoying since it has a very bright green LED that blinks whenever you use the controller. - Batteries must be recharged externally

Overall Review: Logitech is usually pretty good about making alternative brand name accessories for gaming consoles and other home entertainment stuff (remotes) but they really blew it with this one. They went with outdated technology to pair with a state-of-the-art console.

Pros: it feels good while you hold it. Buttons are easy to use.

Cons: You must use the USB plug port. You must replace the Controlers Batteries.

Overall Review: I would rather of bought the original PS3 controler.....

Pros: The receiver is tiny, the controller is comfortable, and this baby has no wires for me to worry about. Wonderful. Not to mention it works flawlessly in linux for me, straight out of the box (and I assume would work flawlessly in windows as well, though I haven't tested it yet). Fantastic.

Cons: No rumble, but I knew that (strange that most sites that carry it don't seem to know it...). Anyone who actually reads the box will know that it's not mentioned. As further proof, any logitech controller with rumble has a rumble toggle button (the wireless rumblepad 2, for instance). Look closely at the picture of this item. I'm certainly not seeing a rumble button). And SixAxis is out, but once again, not anything I'm worried about. If you really want to get picky, the d-pad could be less mushy, but this is just the way logitech decides to make them.

Overall Review: I don't have a ps3, and don't plan to get one. I purchased a wireless rumblepad 2 right before this, and here are the reasons why opted for this one, despite the lack of rumble: The rumblepad's receiver is laughably huge compared to the tiny stick that came with this product; the housing for logitech's pc analog sticks is square instead of circular, for no discernable reason (this makes circular motions with the sticks very difficult); the numbers on all of the rumblepad's buttons often don't transfer over to my computer properly, which just gets confusing. If you don't desperately need rumble, try and pick up one of these for your pc. I'm considering getting another pretty soon.