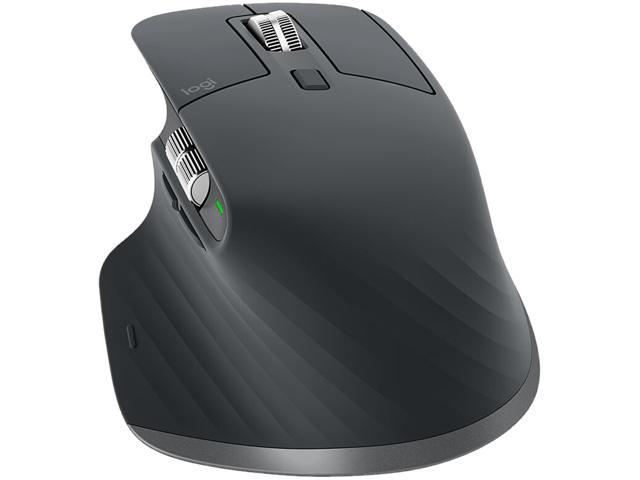 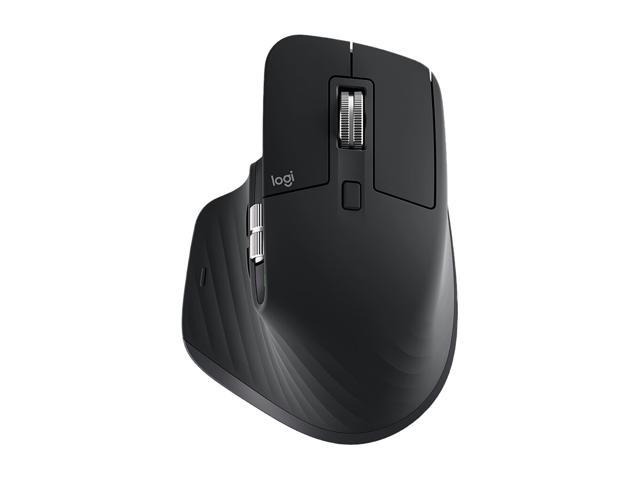 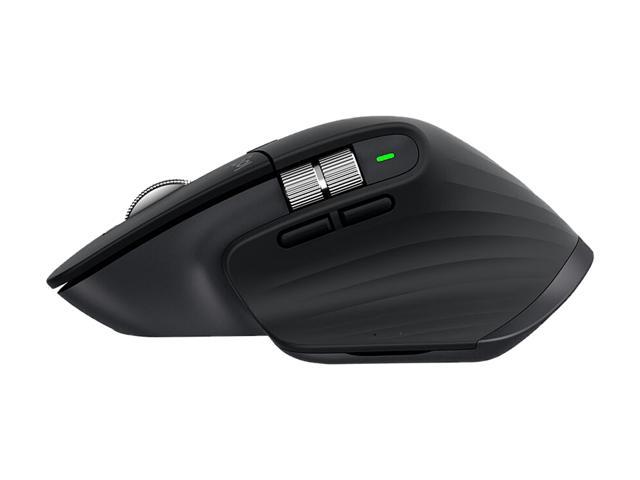 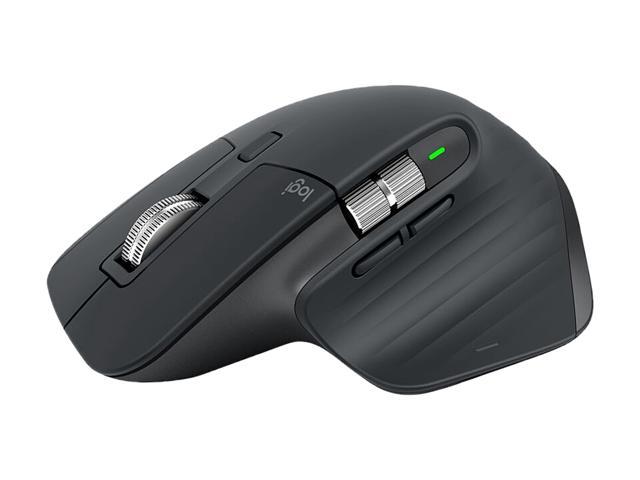 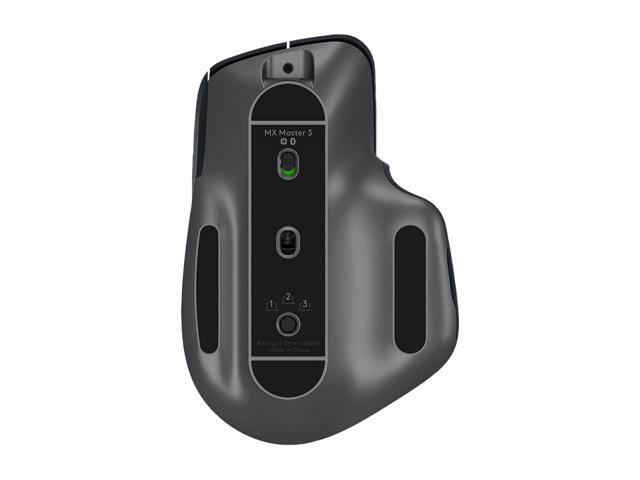 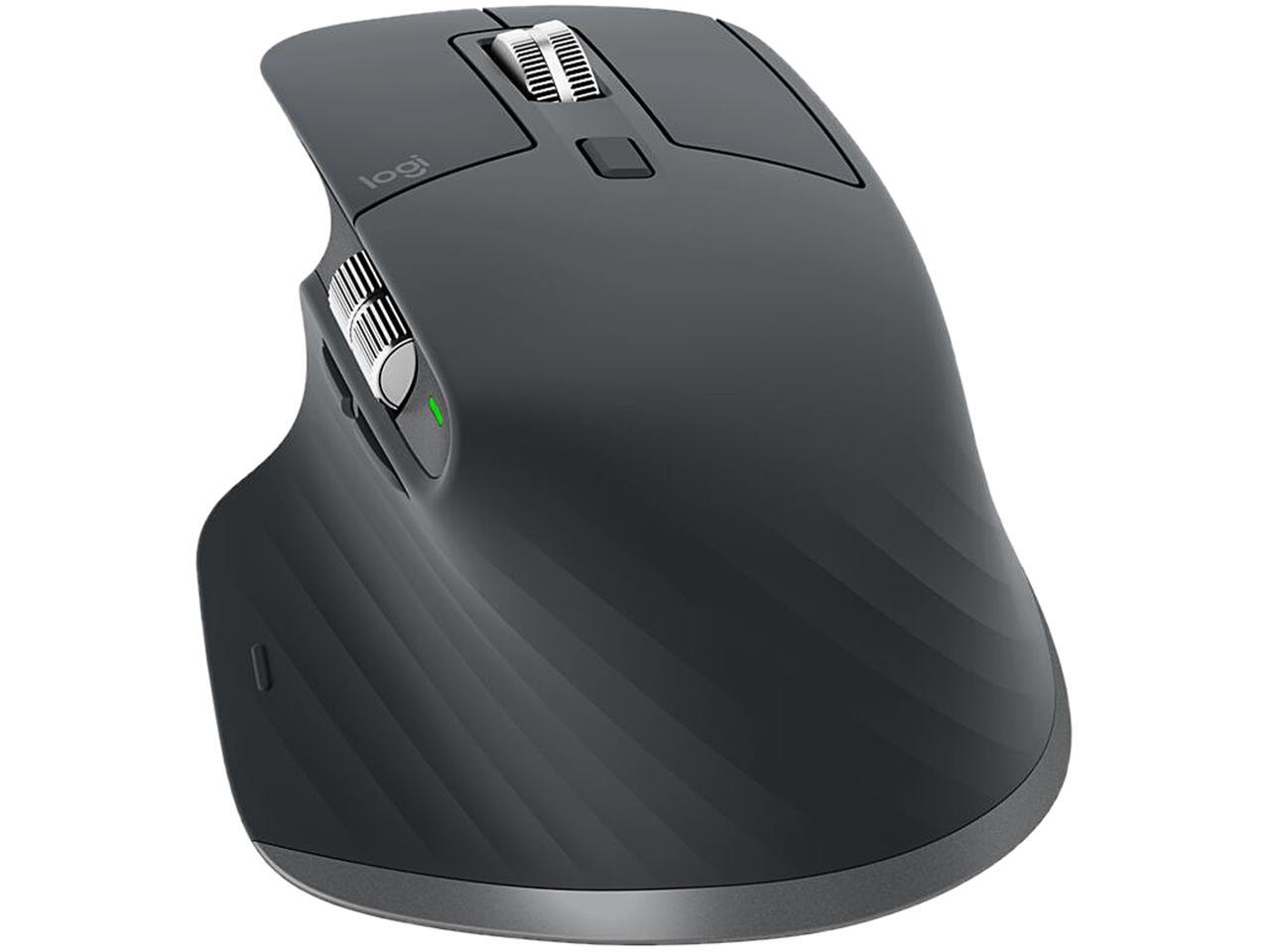 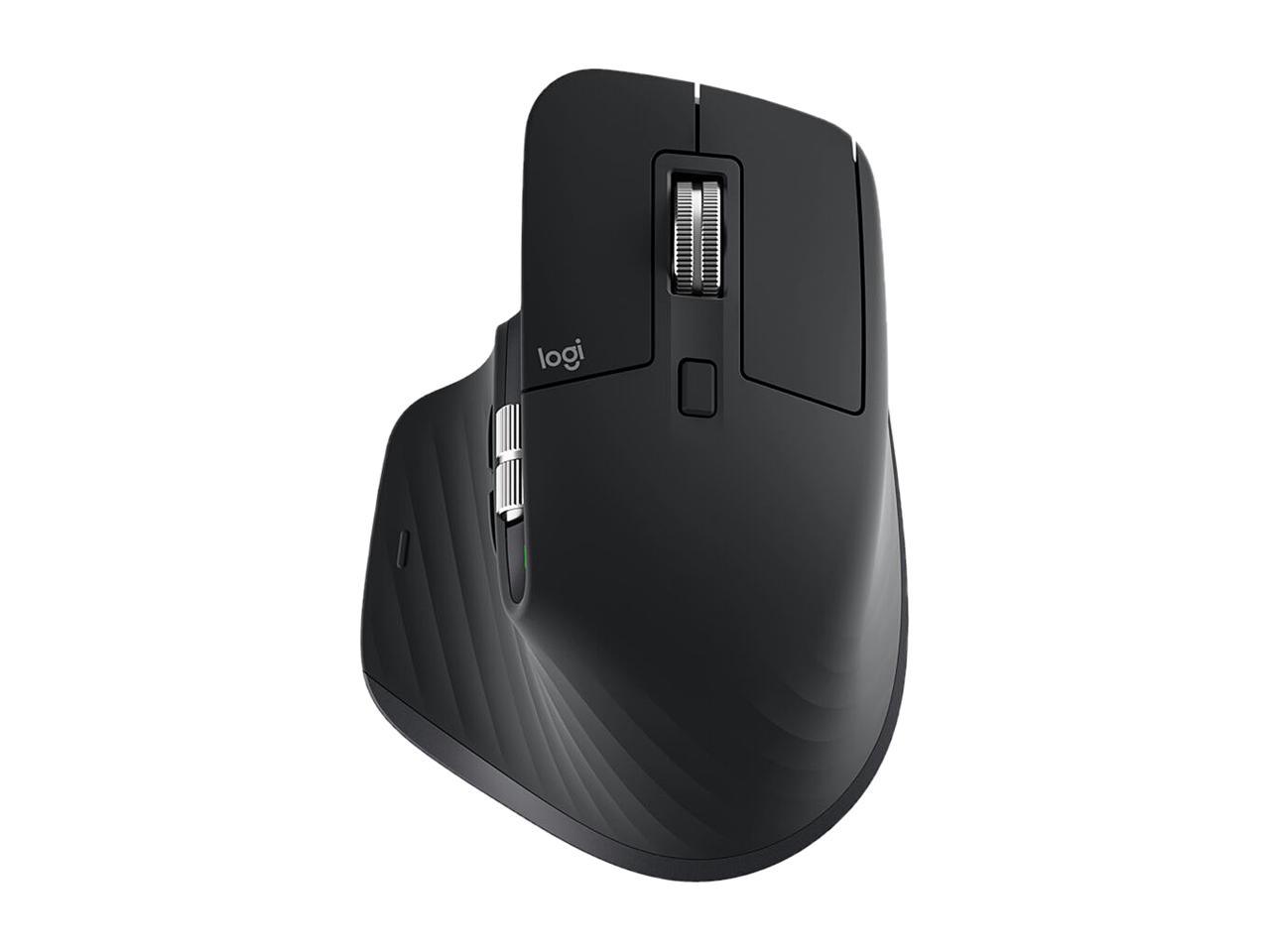 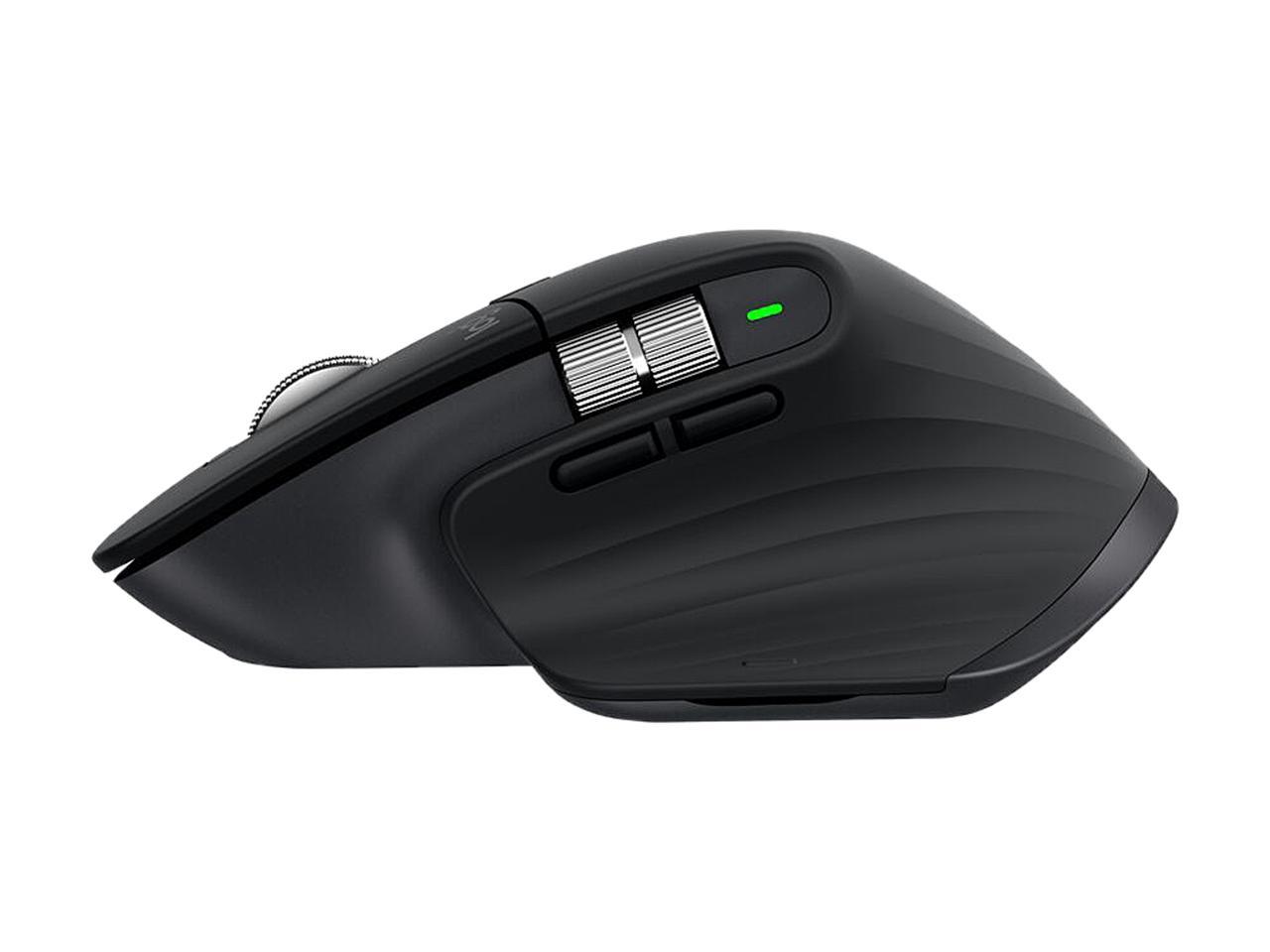 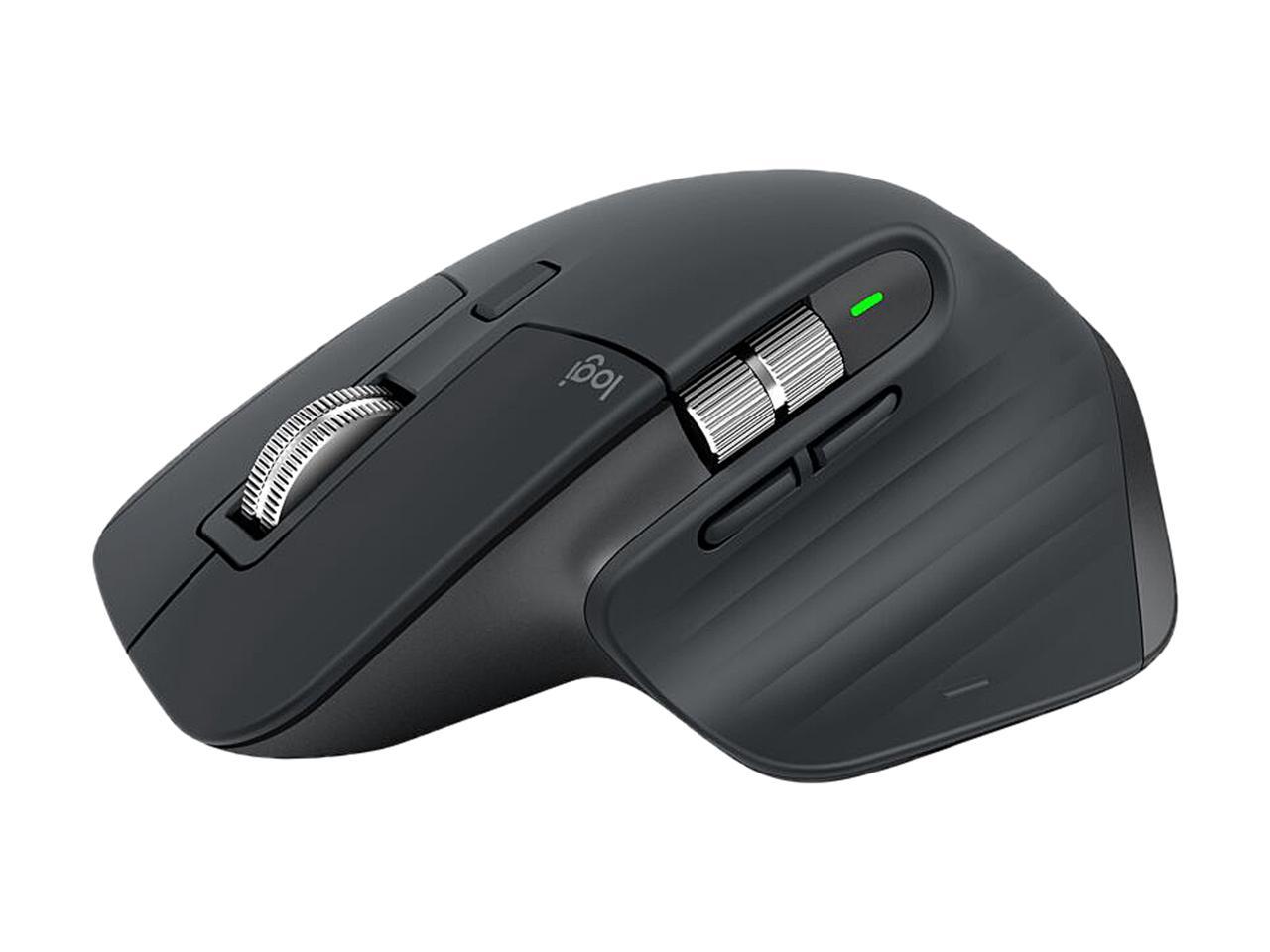 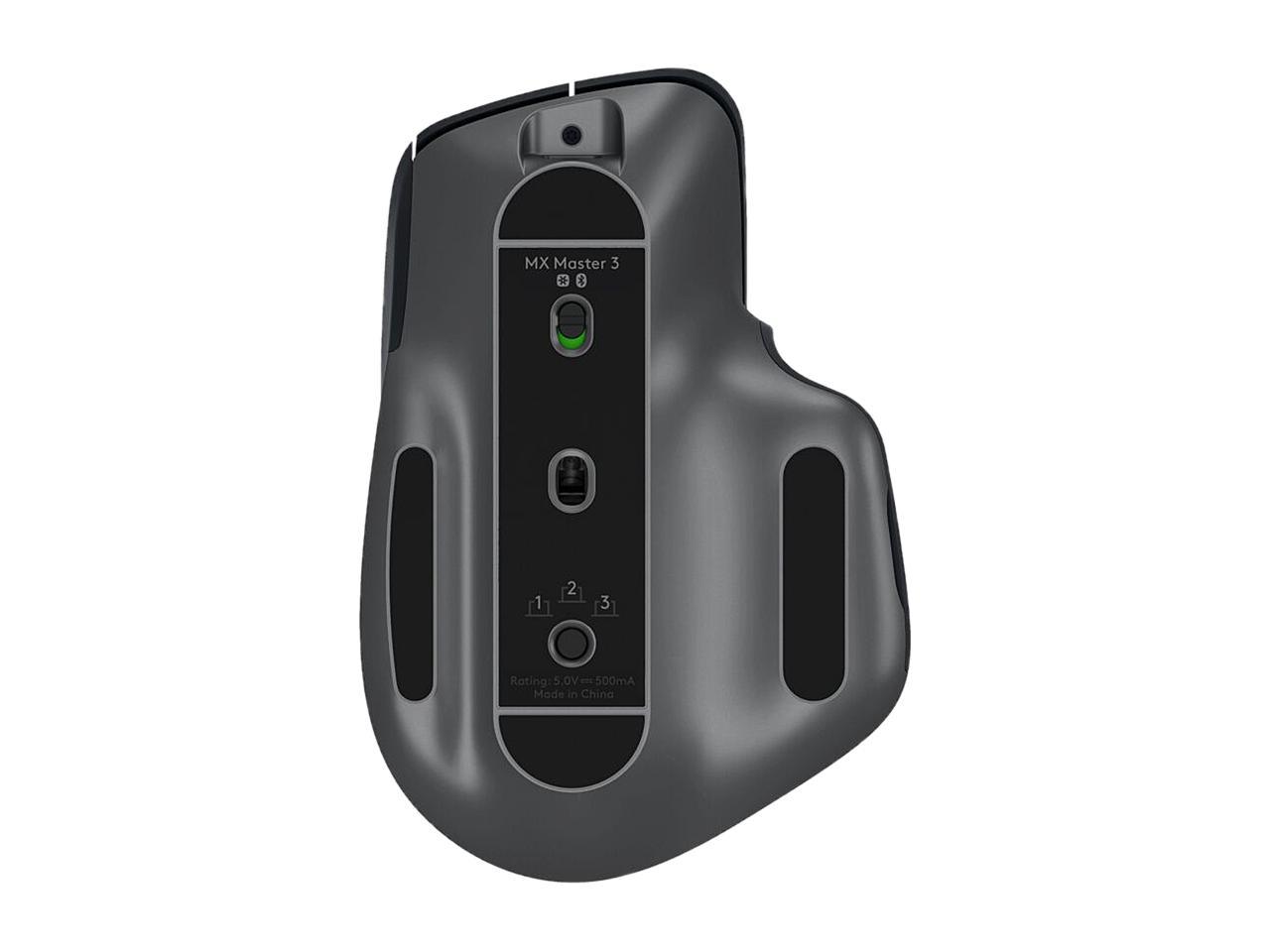 Overall Review: I don't know about others but my left click button is very sensitive. Even the slightest touch and it clicks. I often click it inadvertently just while moving the mouse. I would prefer a slightly stiffer button.

Pros: Nice design. The ergonomic design takes a bit of time, even though I own other Logitech mice. But it was comfortable to my rather large hands.

Cons: I've been using Logitech mice for years. I've worn out 3 hardwired G502's doing 2D/3D CAD, 3D architectural renderings, graphics design, video editing, etc. Maybe it's a transition/adaptation issue, but I have to say this mouse is really lousy. Mouse movement locks up all the time. I used the dedicated dongle transceiver that came with the unit. There may have been some radio interference which could account for the unit's stalling movement and lock ups. One thing Logitech really brags about is the fancy wheel/mouse button. It's very smooth but I hated the thing. The pressure is very light, I mean really light like a feather. Maybe I could used to it, but found that I avoided using it as a third button because the pressure/wheel friction threshold is extremely low - 75% of the time pushing the wheel button caused it to spin instead, totally screwing up my work. This is a killer 'feature' for me. Even if everything else was great, and this was the only problem, I'd have to return it. I use the 3rd mouse button a LOT. In fact wearing out the 3rd button on my G502 is the only reason I bought this mouse. I would have liked Logitech to use this mouse's really nice ergonomic design, but make the high tech mouse wheel pressure/wheel rotational friction threshold like the G502. This mouse is touted as CAD/graphic design user's dream come true, but they hacked back all the bells and whistles - it's almost primitive like my original MacPlus' one button mouse. For instance. sometimes I need to switch the mouse DPI on the fly. The app software is extremely simplistic - are CAD/graphic design professionals a bunch of simpletons? Lastly the little side-side roller thingy is just too awkward to use - it's too high and I think there's a little ridge your thumb has to get over.

Overall Review: As a CAD/graphic design professional, I've been reading about this line of mice for a couple of years and really wanted to get one. I read some people complaint's about Logitech kept refining the design 'till they messed it up - sort of went sideways. I have to say this may be true. Maybe the MX Master 2 may be the best in the line. I game and such, but my primary focus is CAD/graphic design. It's interesting that I keep buying gaming mice because of their many features - precision, adaptability, and, like lot of gamers, I prefer wired mice as every foray into the wireless world has been less than satisfactory. As far as gaming mice go, I buy Logitech's G502 for its ergonomic design and feature set. I've tried many other mice but have used used Logitech products for many years. I thought the MX Master 3 was the natural evolution for me, like my Logitech G710+ mechanical (brown) keyboard, I'd hoped the MX Master 3 was no toy. It's not a toy but I can't figure out Logitech's target market for this product because it doesn't work at all for me which is a big surprise.

Pros: - This mouse has an ultra premium feel. I love the metal, ridged scroll wheels. - I can confirm that it does work on glass - Solid connection and compatibility with Unifying reciever is a big plus -USB C

Cons: - The Logitech Options software is very poor. The last time I used it was a few years ago and it doesn't seem to have improved much in fact I think it's actually gotten worse. Avoid unless you really need to change the default behavior. - The scroll wheel's SmartShift is pretty sensitive by default and I find my scrollwheel going flying occasionally. You can change the sensitivity in the Logitech Options software but I prefer not to use it.

Overall Review: Still giving this a 5/5 because the 'learning curve' isn't an issue if you install Logitech Options.

Overall Review: Great mouse. What an upgrade from my previous "gaming mouse" nice heft to it, it can connect via usb dongle or bluetooth and it can connect to more than one computer at the same time! you can switch between them. I would recommend downloading the optional software as it has presets for a variety of programs including Adobe products and a few others. The glide wheel is amazing for fast scrolling and the fact that you can turn it back to line by line with the touch of a button is awesome. Extremely comfortable in the hand and extremely responsive. Definitely a good buy. One for me and one for the wife.

Pros: - Switching it between devices is seamless, and something I never thought I would actually use.- Horizontal scroll is nice.- An overall quality product

Cons: I have no complaints.

Overall Review: I would certainly recommend, and I am only writing this review because I came back to here to buy another mouse to use at my office.

Cons: - Uncomfortable- Kept clicking the right mouse button by mistake- thumb "gesture button" is difficult to use; you can't tell when you've actuated it, and it requires a lot of pressure- cannot be used for ANY game IMO, even something as simple and chill as solitaire

Overall Review: I wanted to like this mouse - it's well built and has some very cool functionality, especially the multi-computer functionality. However, it was just so uncomfortable to use that I found myself only touching it to do a task - I couldn't relax with it. Holding the mouse, I found myself straining my wrist and fingers to keep them straight because the moment I relaxed them, I'd accidentally click buttons, especially the right-mouse-button.I tried the gesture button a few times, but found it tough to 'click', if that's what you'd call it. It's more like you're mashing your thumb on a precarious edge. By the time I managed to make it work, I realized I could have been faster without using it.Now fair point: I bought this mouse knowing full-well that I use a fingertip-grip, and was hoping that I'd get used to it. However, I now have the duty to warn off others who might have the same idea. You absolutely, positively, CANNOT use this mouse with anything other than a palm-grip.I'm flogging an old G400s right now, and it's so perfect for everything. However, it's getting long-in-the-tooth, and I could really benefit from a wireless-mode mouse (multiple computers). If Logitech could make a new G400s or MX518 that was wireless, I'd be eternally grateful!