Feel 100% satisfied with your purchase -- with no restocking fees & no return shipping costs* within 30 days of delivery. Learn More
This item is currently out of stock and it may or may not be restocked.
Out of Stock
Add To ListFound on 10 wish lists 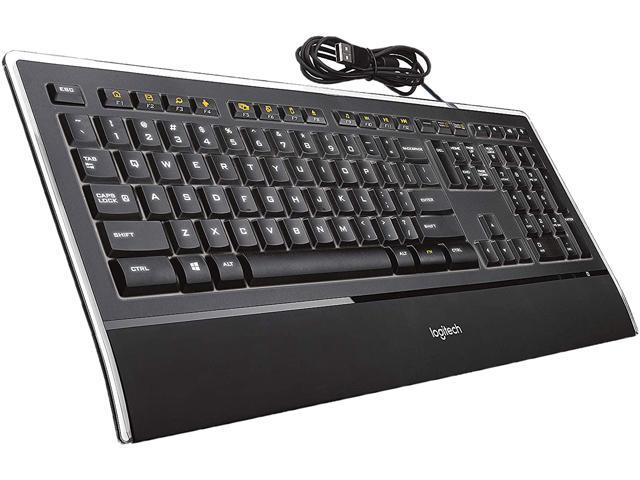 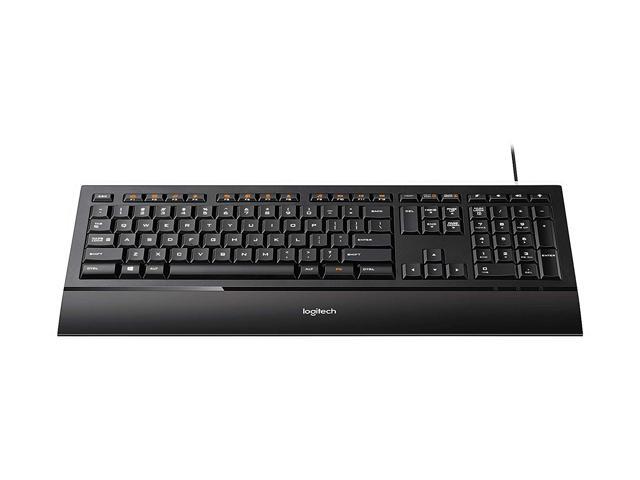 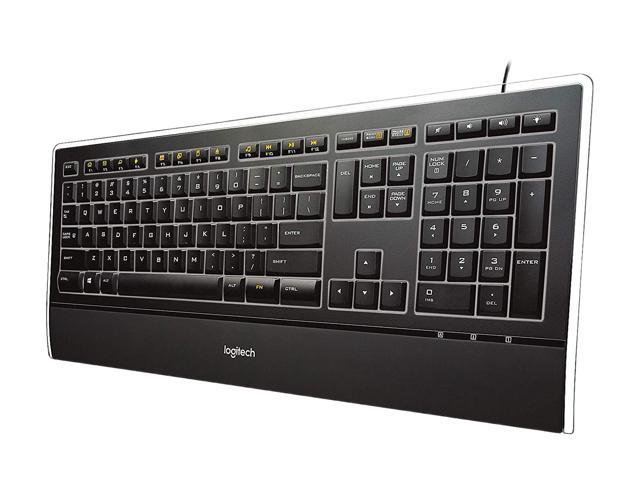 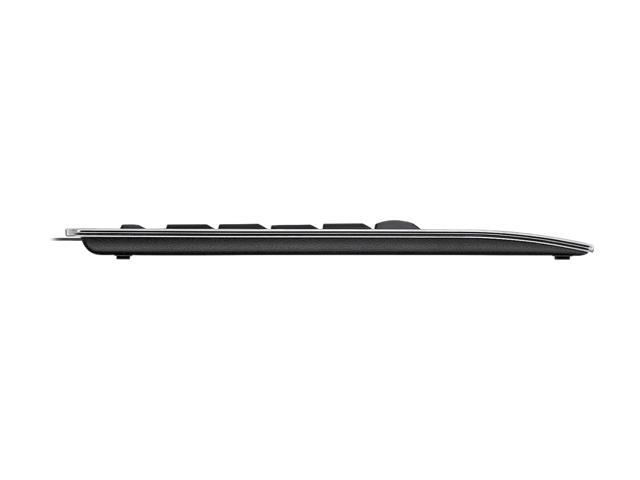 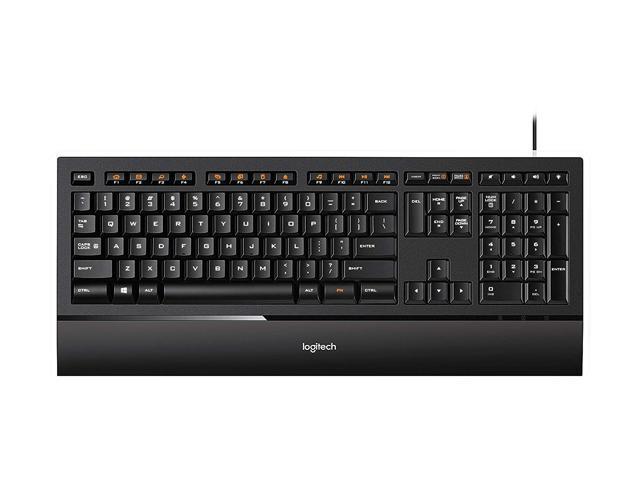 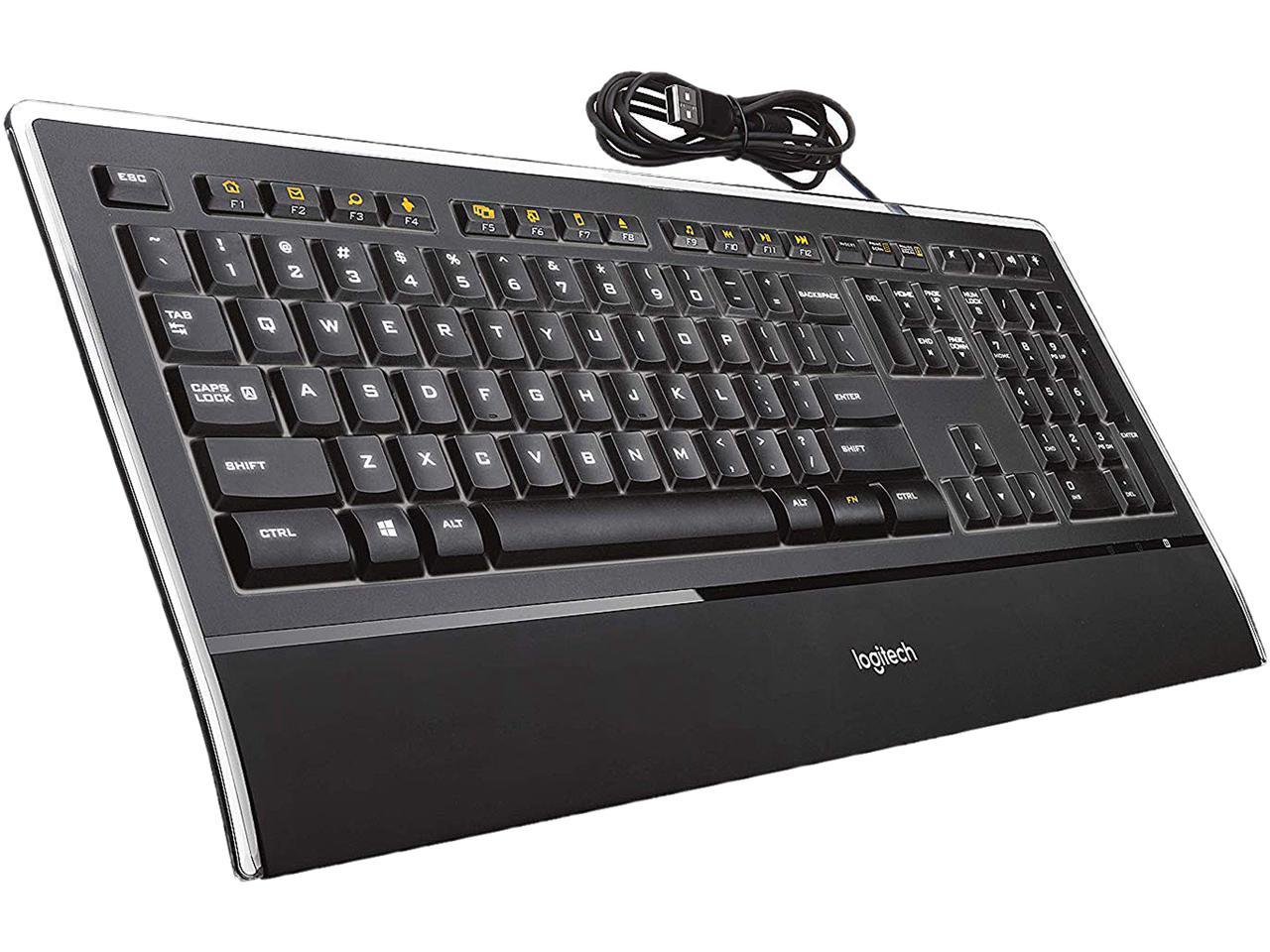 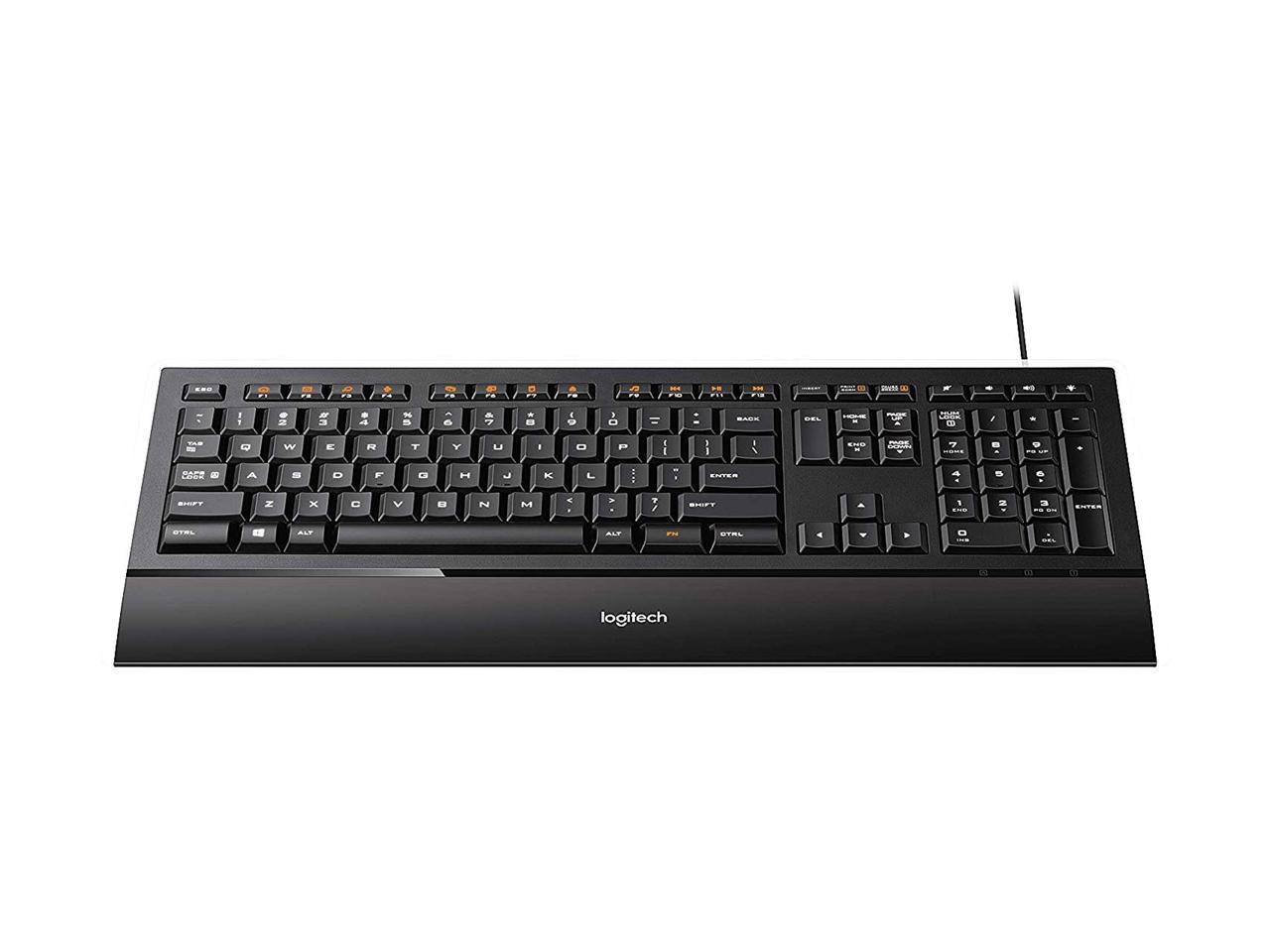 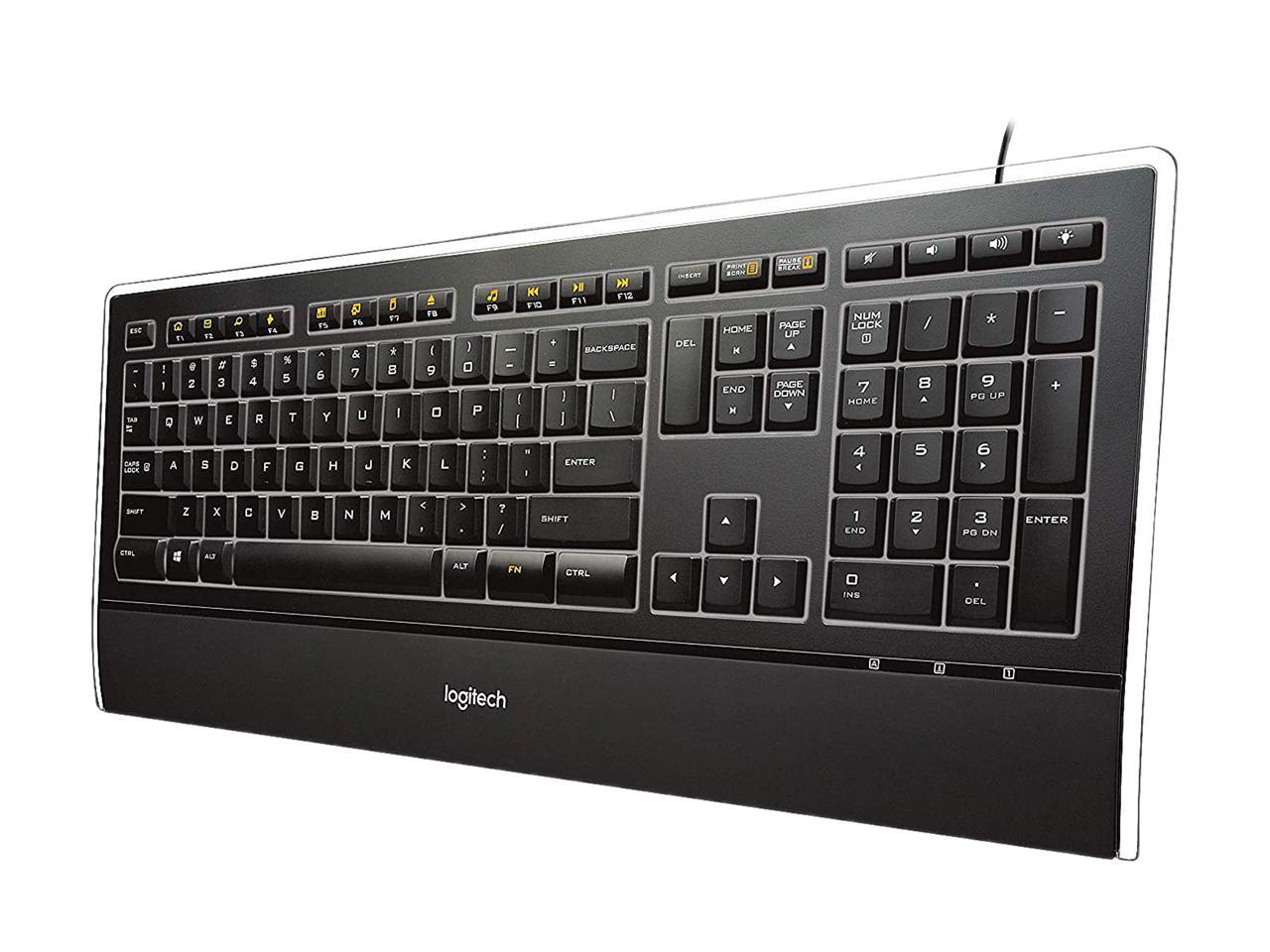 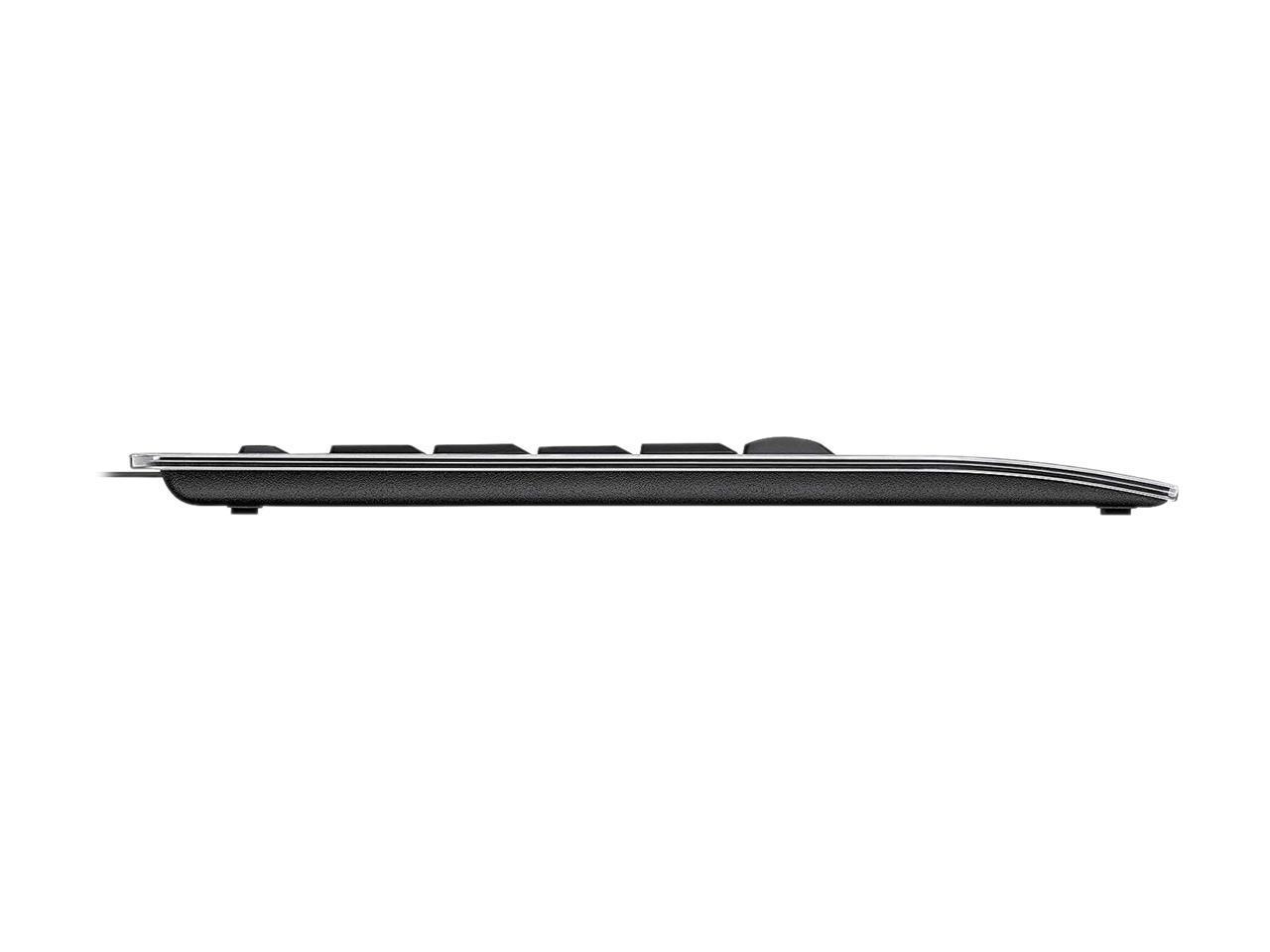 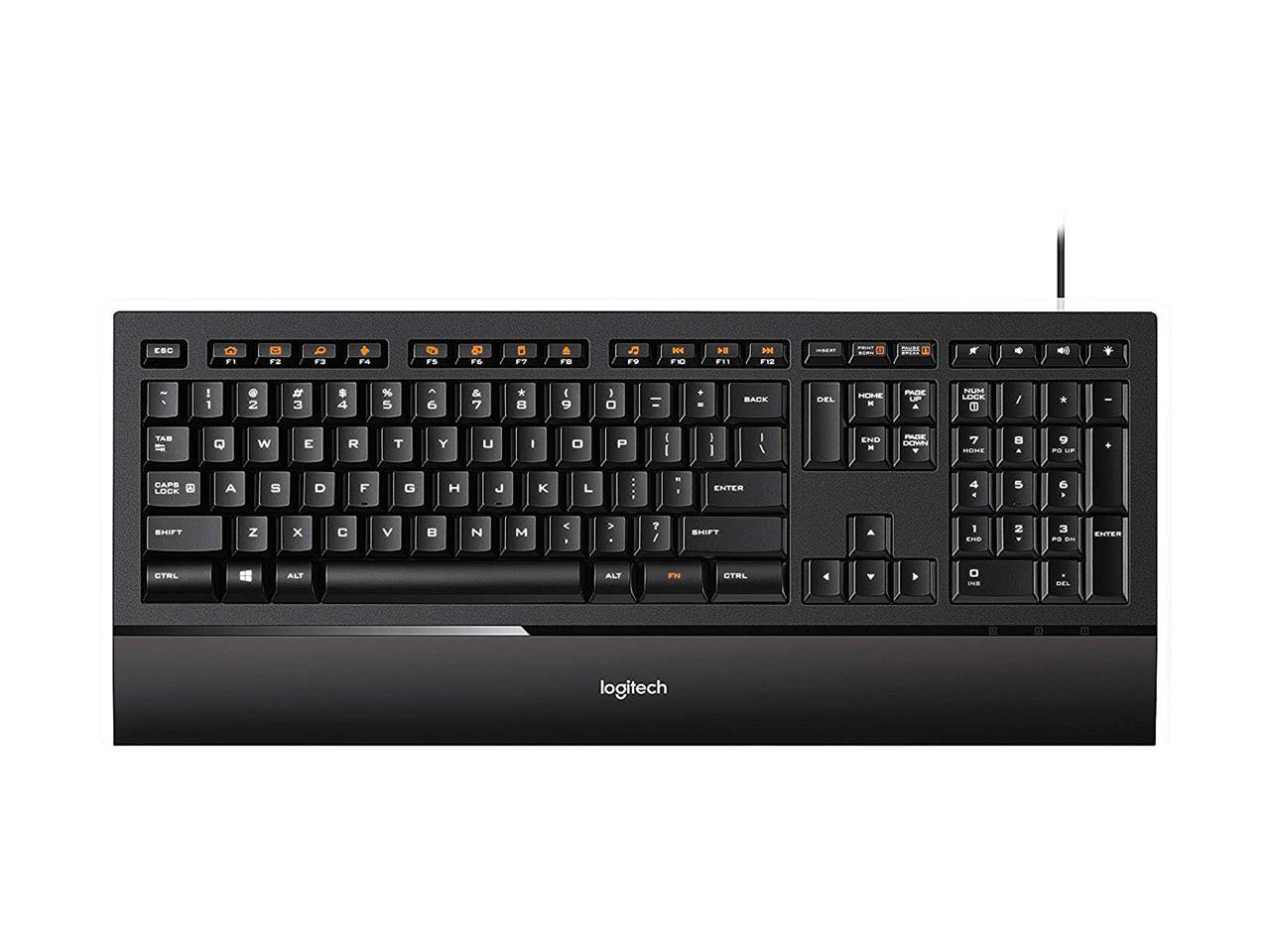 Learn more about the K740

Pros: This keyboard is awesome. It is extremely slim, the keys feel like you are typing on fluid, as weird as that sounds, it feels great. The illumination is very nice 4 levels including off. I recommend this keyboard to everyone. It is well worth the money.

Overall Review: My tilde F1 and esc key stopped functioning after 3 years of moderate use. No longer had the receipt. Logitech is doing a one time replacement of it for free. free shipping. Customer support was a breeze. Assuming this one lasts another 3+ years. Thats six years of keyboard for $60. Can't beat it.

Pros: Great illumination for the entire keyboard, and excellent feel when you press the keys. It also works great for gaming.

Cons: NONE - well maybe the price if anything.

Overall Review: Ignore the stupid comments claiming it doesn't work for gaming. That is complete 100% nonsense. I game on it all the time. It really angers me that there are a few people that keep posting that same nonsense on websites who sell this keyboard.

Pros: In my opinion, this keyboard gets 5 stars for use in word processing/web browsing applications, and 2 stars for gaming (I decided to average on 3). Read on to see why. Ok, firstly, this keyboard feels really good. Very much like a laptop. The lighting is subtle, easily adjustable, and it all looks very sleek and thin (surprisingly so). Packaged software seems easy to use though it had a couple minor bugs, but nothing showstopping.

Cons: Ok, so my main issue is the fact that this keyboard blocks certain key combinatinos that are common in games. Some of the other posters here noted it, but some say it isn't true. After searching the logitech forums, it looks like it might be a difference in edition. The bottom line is that the combination "shift + a + space" will work, but "shift + w + space" ignores the space. This means games where you walk with w, jump with space, and modify movement with shift (lots of shooters), you will no longer be able to do this. In the logitech forums, I've heard that this is a hardware restriction due to how they designed their keyboard. However, logitech doesn't consider this a flaw, so they will neither respond to the issue or refund money for the product. I tested all the keys, and I found that holding shift and one of the following keys will keep the keyboard from noticing the spacebar (these keys plus shift block space): 'W', '$', '<', '>', '%', '~'

Overall Review: Only buy this if you're going to use the keyboard for normal work processing/web browsing. Otherwise, you've been tricked into buying an undeniably nice looking keyboard that doesn't perform a very common gaming key combination. For those who want to read about this issue on their forums, refer to these pages: http://forums.logitech.com/t5/Keyboards-and-Keyboard-Mice/Shift-S-Space-Key-Combination-on-Wave-Pro-Keyboard/m-p/336753 http://forums.logitech.com/t5/Keyboards-and-Keyboard-Mice/Illuminated-Keyboard-Shift-W-Space-Problem/m-p/480465

Cons: if you are a FPS (First Person Shooter) player do not buy this keyboard! SHIFT (run) + SPACEBAR (jump) key combinations do not work! you have to release SHIFT before the SPACEBAR will work. I write this less than 1min. from getting off the phone with Logitech Tech Support (which are awesome BTW!) and they said this is a know problem with this model, and that it is not batch specific!

Cons: Due to the internal architecture of the keyboard, this device is incapable of registering certain critical key combinations used in gaming, namely W+SHIFT+SPACE (sprint-jump) as well as a few others. If you are considering buying this keyboard for use in gaming, I highly advise you look elsewhere or realize you will have to rebind keys in most games.

Overall Review: A critical design flaw prevents this from being a quality keyboard. Style and feel cannot make up for broken functionality. I should point out that similar issues will pop up on most keyboards, however, so whatever you do pick you should try to make sure it supports key combinations you are likely to use.

Cons: i see alot of negative feed on this board but they must be button smashing noobs who break boards there parents buy for them, as long as you dont rage quit and take it out on your board this baby will last a long time, also its not water/sodaproof so dont be an idiot and set your sippy cups right next to it/on top of it, with that said and moving on to the 3 key press issue - i play COD 3 occasionally and the W key + sprint + jump/ 3rd key issue is not a big deal at all, you just let off the sprint right before you jump and waala, problem solved.

Overall Review: if your a BAMFing professional at everything you do, then grab this board

Pros: It’s hard to find a good keyboard that is comfortable, has great styling, and a good tactile feel all in one package. This keyboard certainly has it. The extra-large Delete key is a plus; no more fat-fingering the Insert key :) Works well and looks extremely professional in combination with a Microsoft Arc Touch Mouse. Backlighting is extremely helpful for late nights – at home or in the office.

Cons: Confirmed that SHIFT+W+SPACE doesn’t work. The general conjecture is that it is disabled intentionally to up-sell gaming keyboards. Sad, sad, sad. I buy gaming keyboards for extra keys and features, not to enable something that any $9 keyboard can already do. I believe some personnel change might be in order to correct that decision.

Pros: As someone who prefers short key throw, the first time I sampled this keyboard I knew I wanted it. I saved my meager retail-slave pennies and bought it with my employee discount. I'm no professional typist (if such a thing exists), but I played games pretty frequently at the time and it performed admirably. I also type extensively at work, so I bought a second one for that. I have been typing on one of these for approximately 50 hours a week over the better part of 3 years, and have no problems with any kind of hand fatigue. It's quiet, the backlight isn't too dim and isn't too bright (thanks to adjustable settings), and it isn't fatiguing to type on. It's also very light, and quite stylish IMO. While I do not review keyboards on a regular basis, I consider myself quite picky and have only liked a few keyboards out of the dozens I've owned. This one is easily my favorite. After my first one was damaged (see Cons), I called up Logitech and explained the situation. There were no fees, no misunderstandings, no language barriers. The support analyst asked for my address and shipped me a brand new keyboard, free of charge. This was easily the best support experience I have ever had from any company and made me even more of a believer in Logitech than I was before.

Cons: My first one (out of 3) lasted me until my ex's ferrets tore two of the keys off. It still worked just fine, but it was really difficult to get the keys back on. Even after I managed to snap the keys back on, it weakened the metal rivet (not sure of the technical term) that the scissor switch snaps onto and it eventually broke off. I wound up giving this one to a friend who needed some spare keys. The fact that the keys were ripped off were no fault of the keyboard's, but it was difficult to "repair" and lasted for maybe 5-6 months before the rivet-thing broke off. As others have stated, the F1-F12 text on the function keys are not backlit. This does not bother me, as I don't have difficulty finding the function key I'm looking for, but I understand why it would bother others. This is not a gaming-oriented keyboard and does not have macro buttons or anything of that nature. On that note, and *this will be important to some*; my first Illuminated Keyboard did not have any ghosting issues, but my second one sometimes did not register A or D while holding Shift and W (can't circle-strafe if moving forward). I don't really play many games anymore so this isn't much of a problem to me, but I would not recommend this keyboard to a hardcore gamer. I repeat: *I DO NOT RECOMMEND THIS KEYBOARD FOR HARDCORE GAMERS*.

Overall Review: After buying my first one, I bought a second because I liked it so much and wanted to use it at work, and then I recommended it to a friend (who also loves his). I have not used a mechanical keyboard in quite some time, although I had the opportunity to try out some Razor model with Cherry Blues (don't remember which one). I may be biased, but I definitely preferred this keyboard. Something with buckling-spring or another type of Cherry switch may be better for what you're looking for, but for me this keyboard has yet to be surpassed. Do your research and try one out at the store if you can. Keyboard preference is subjective and what works for one person may not work for another. This keyboard works very, very well for me.