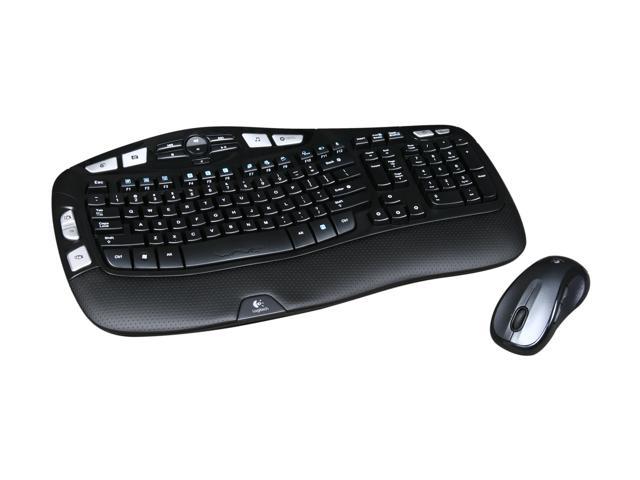 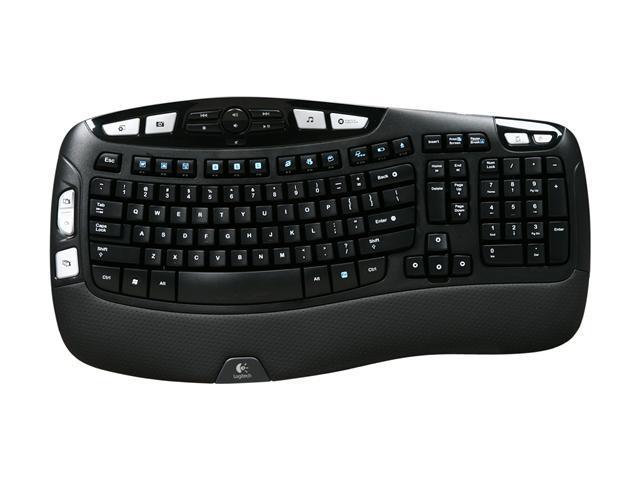 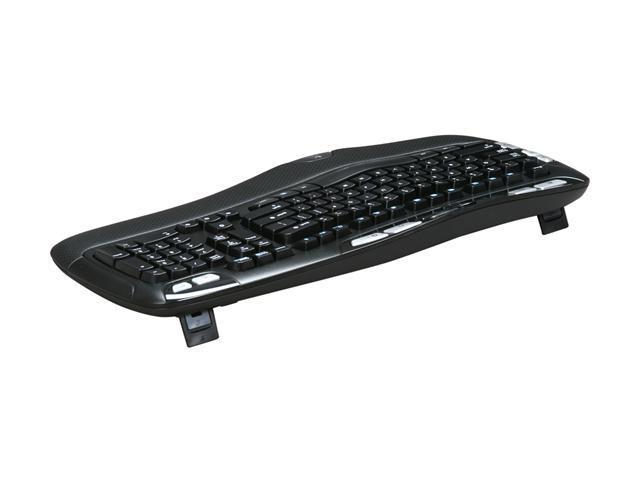 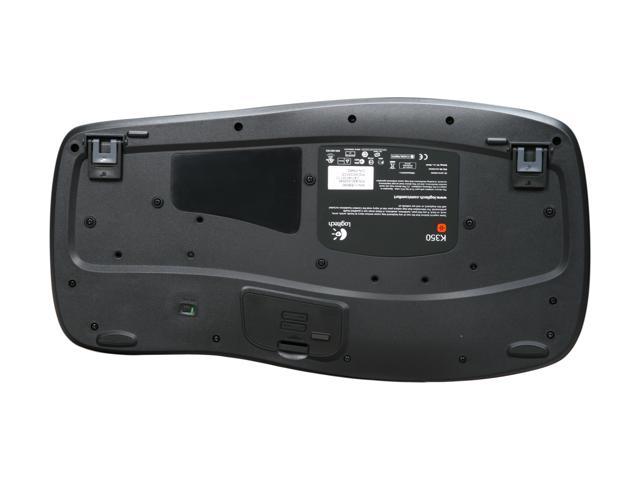 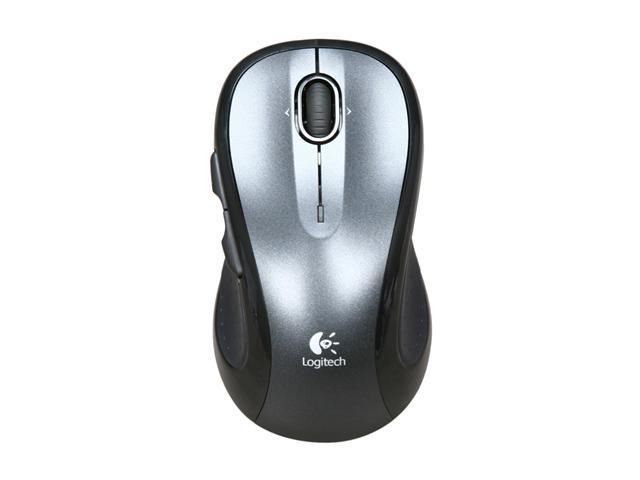 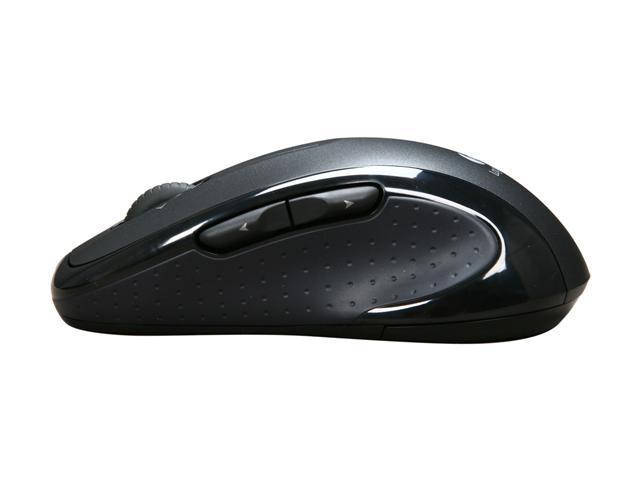 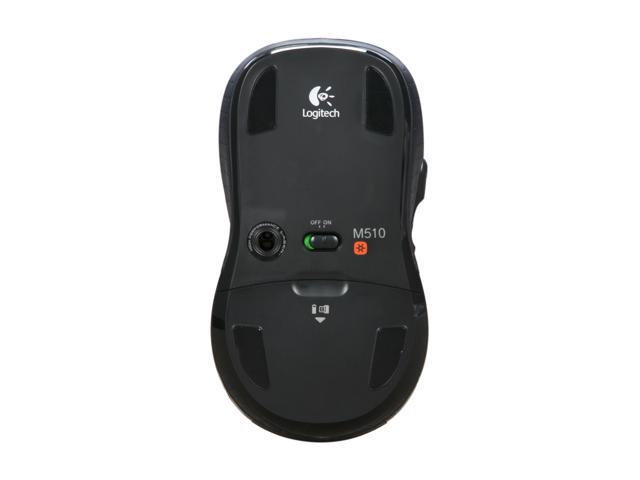 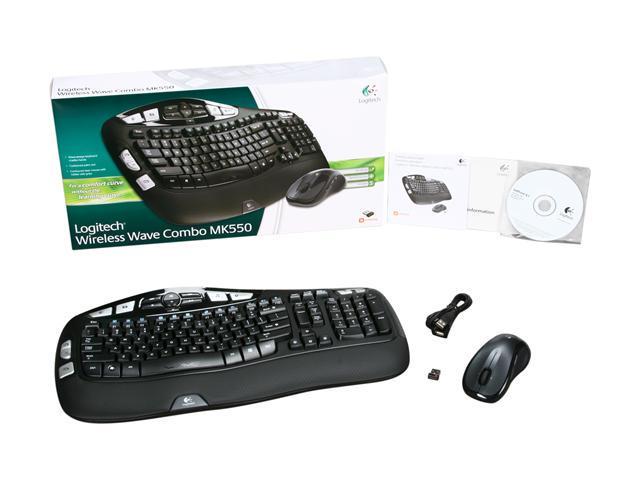 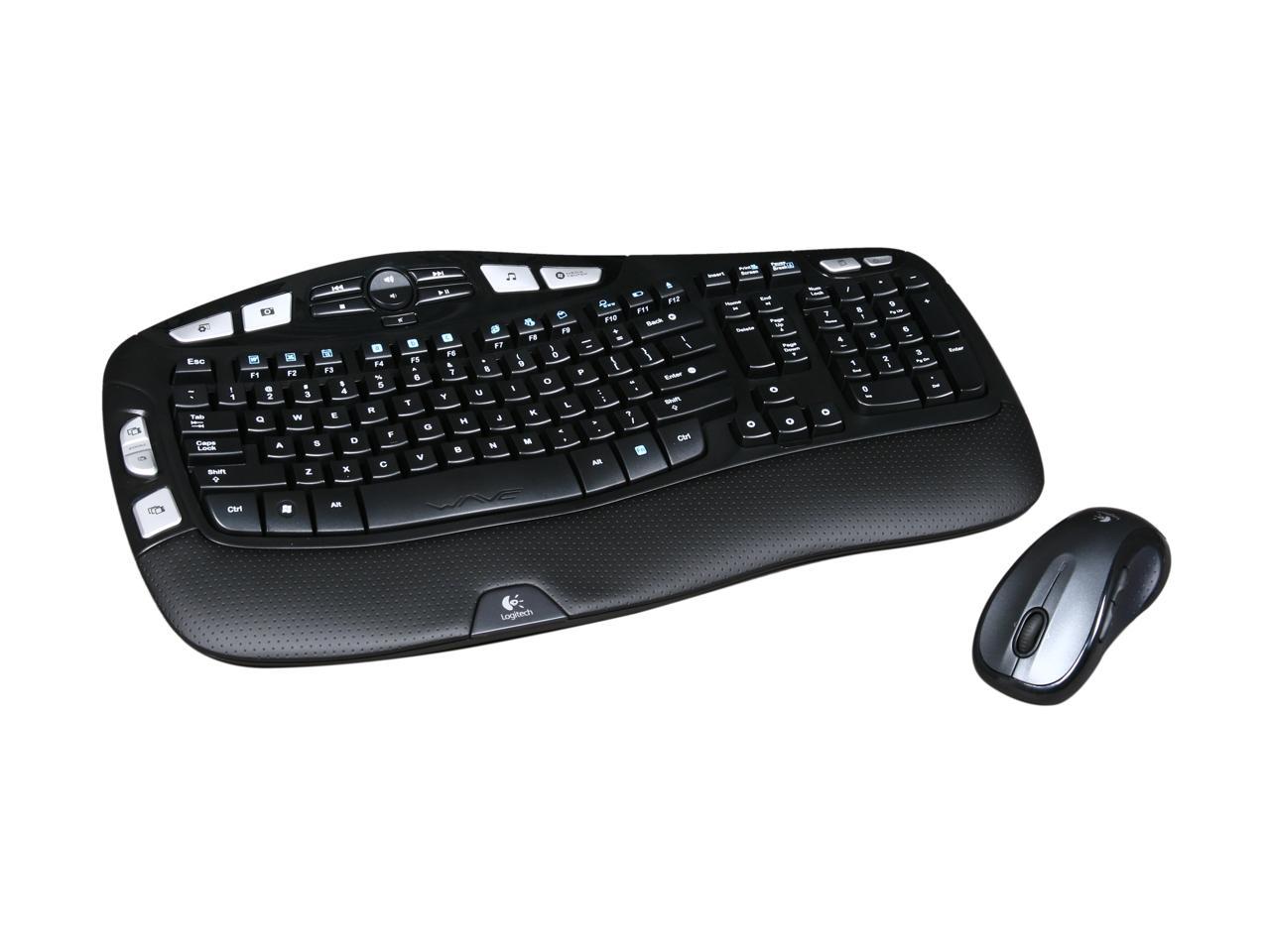 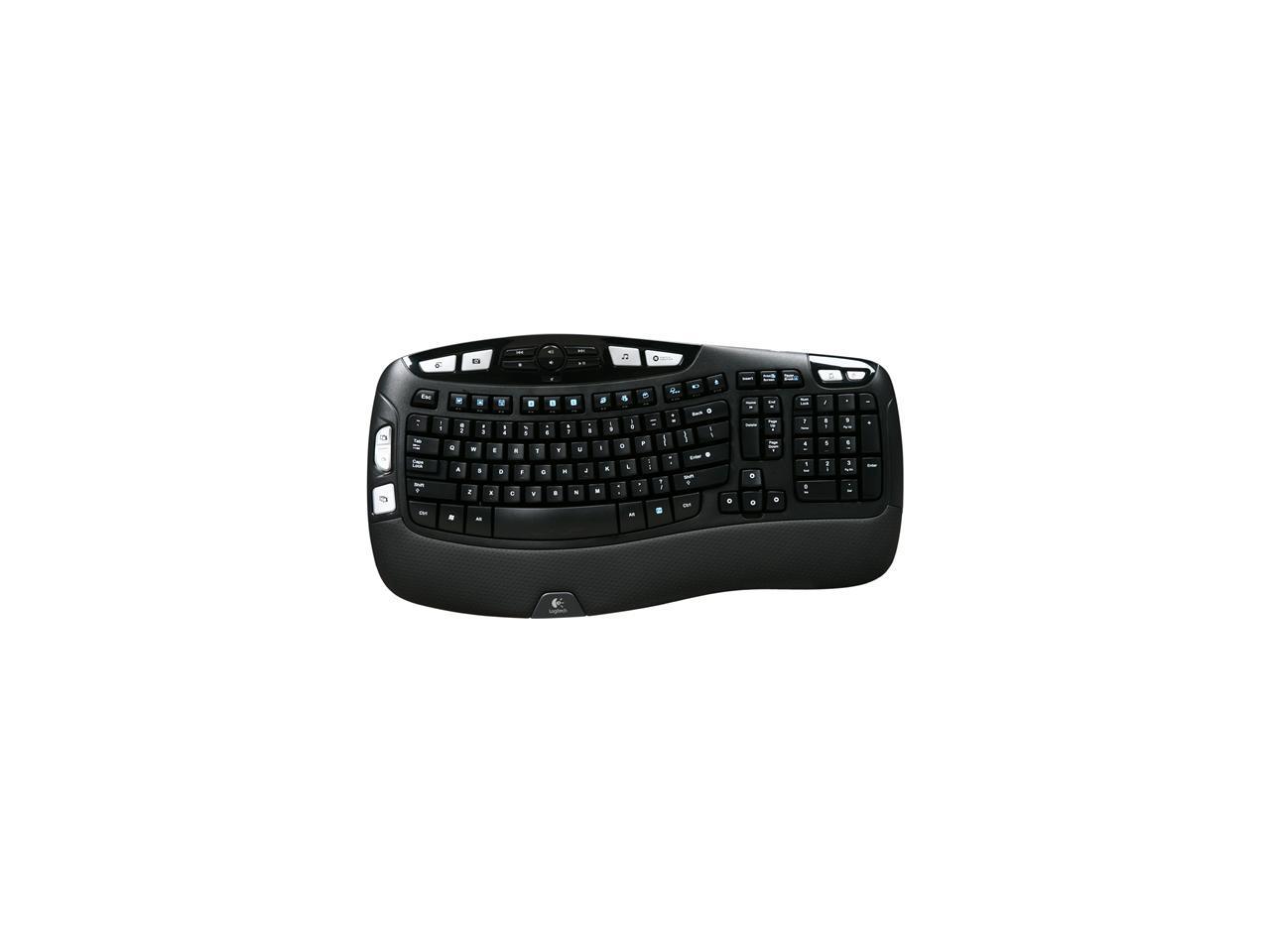 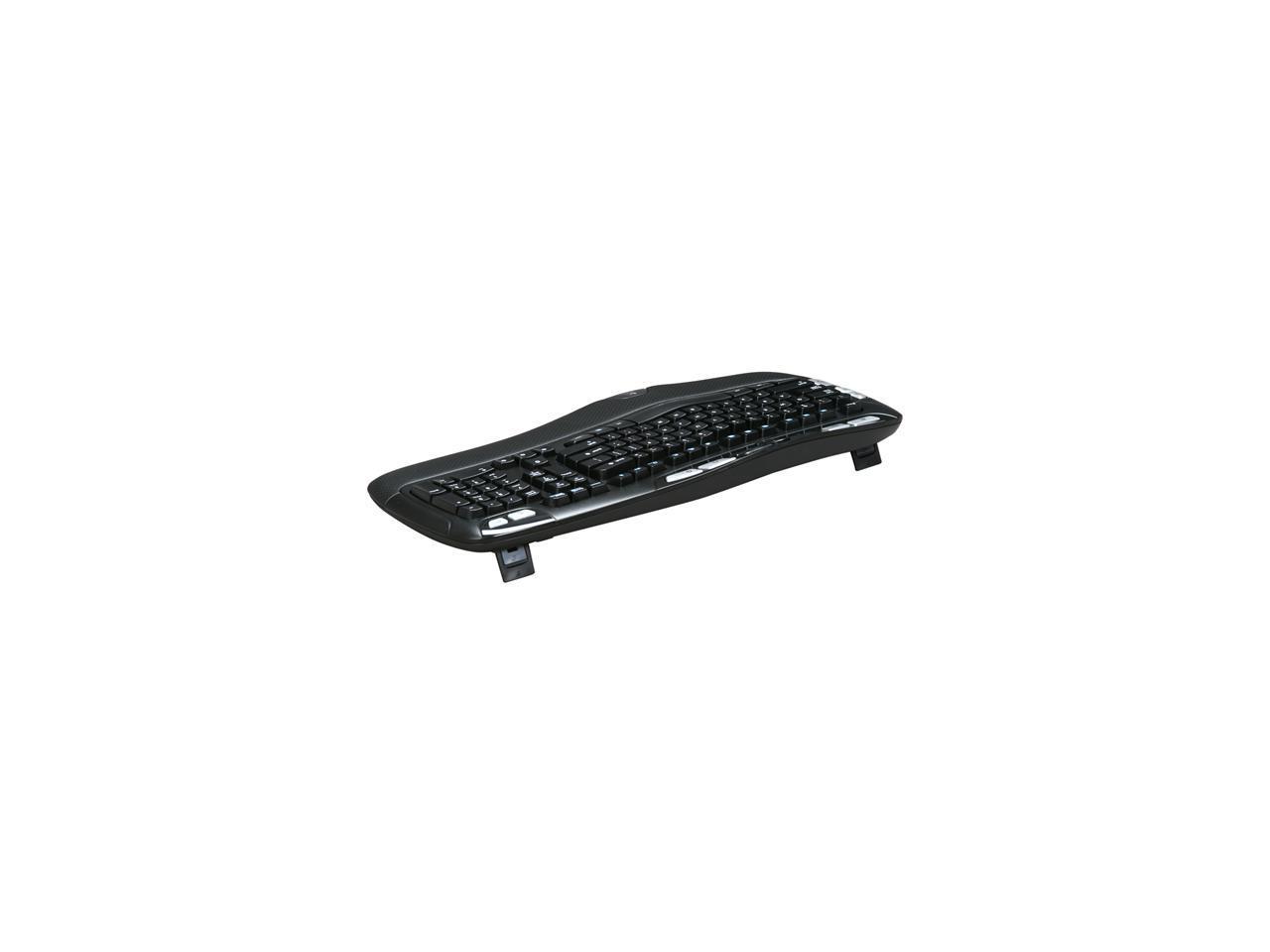 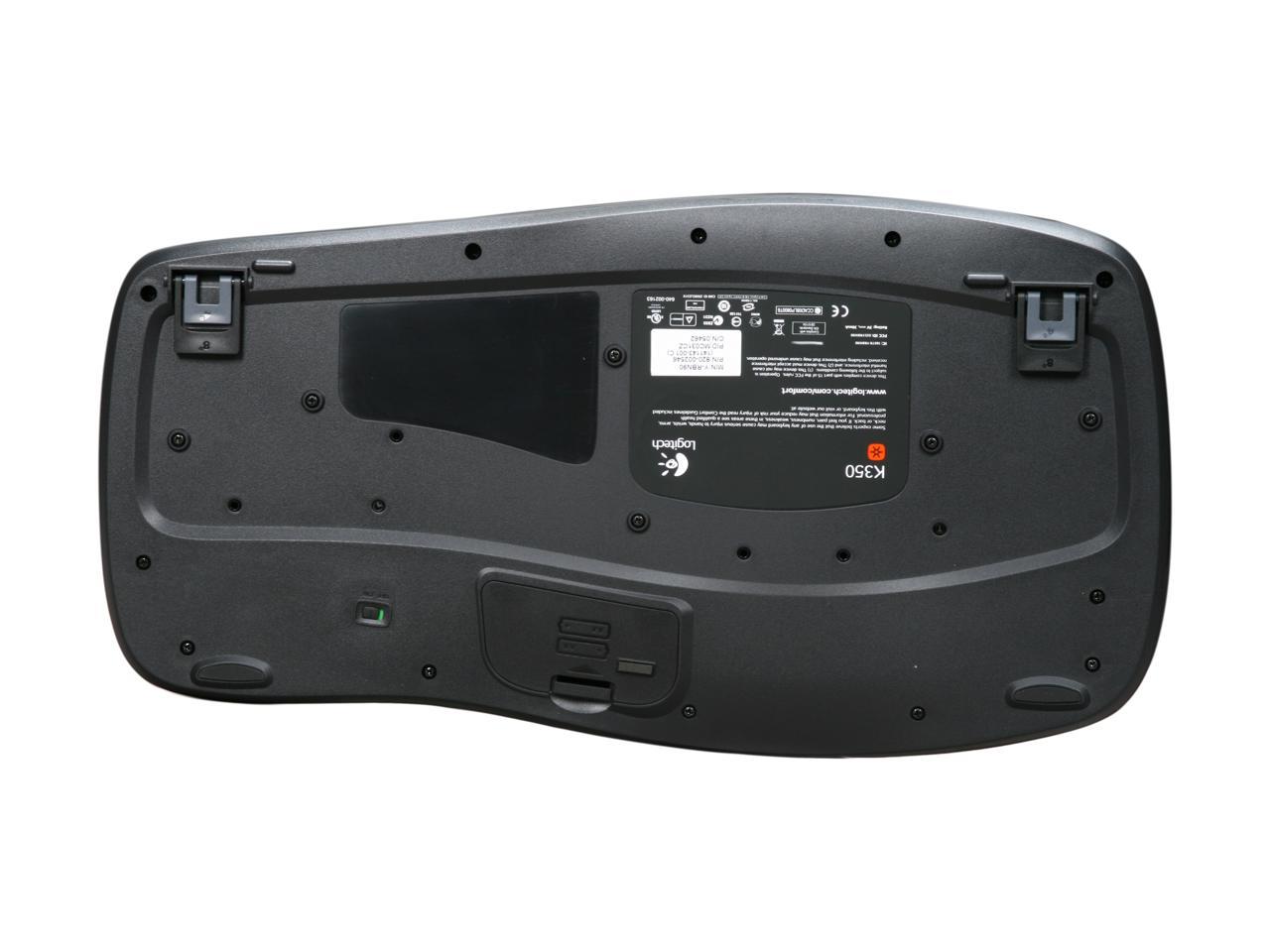 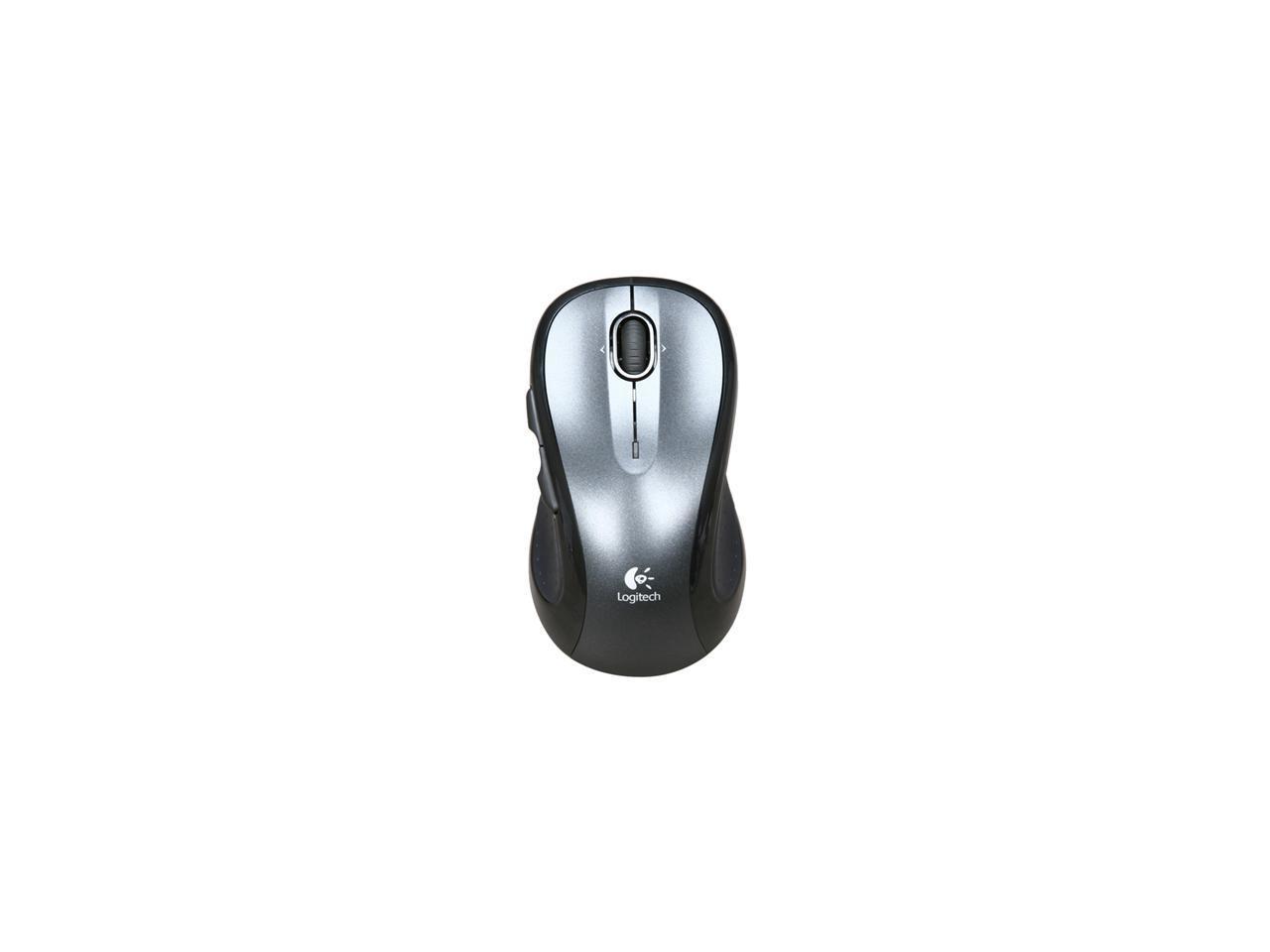 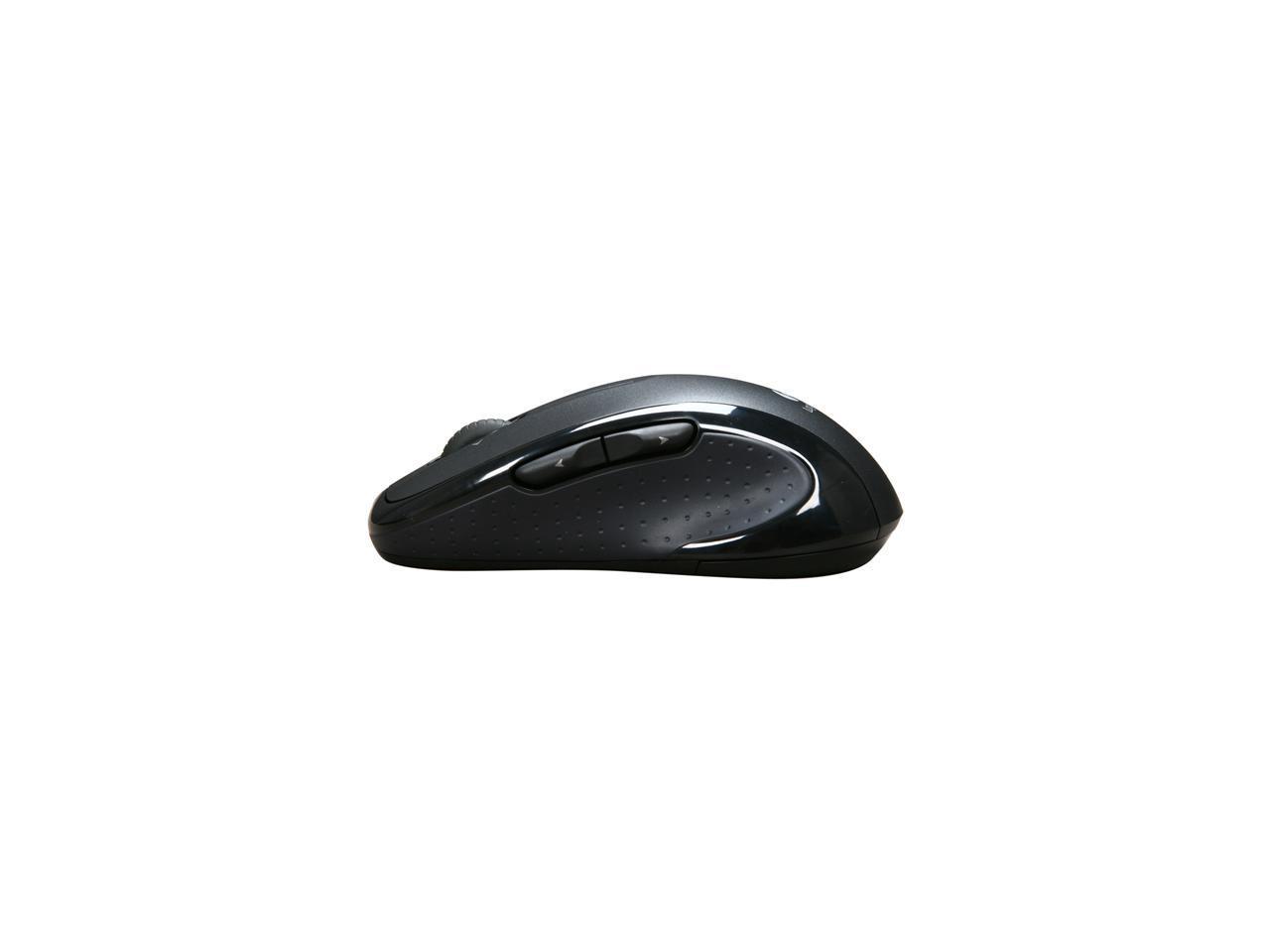 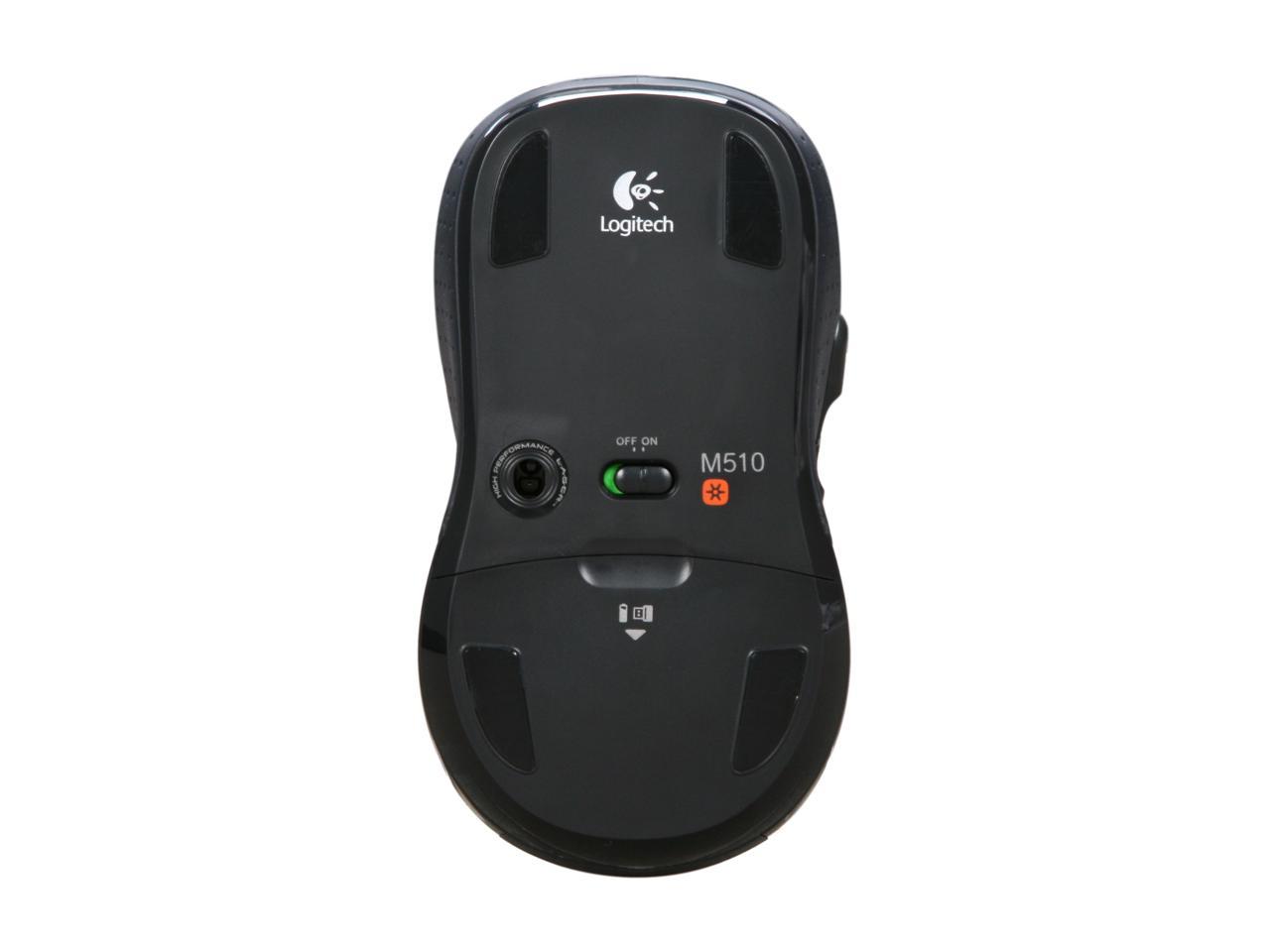 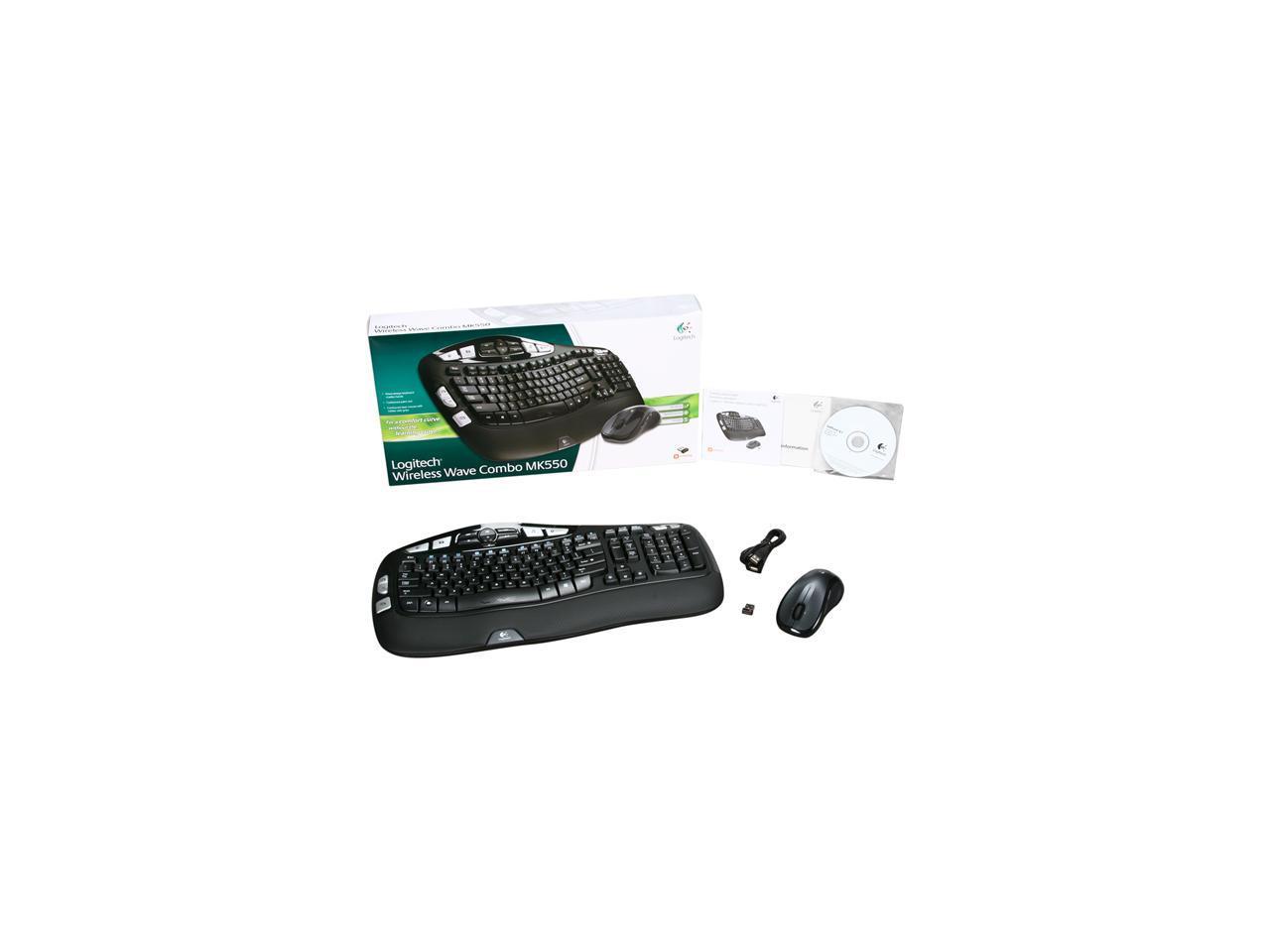 Both devices connect to your computer with just one tiny Logitech Unifying wireless receiver. The advanced 2.4GHz wireless technology ensures a reliable connection without any delays, dropouts, and interferences. The 128-BIT AES encryption technology ensures maximum data security. Moreover, the mouse and keyboard are so energy efficient that you just might forget they use batteries at all. Thanks to advanced 2.4GHz wireless connectivity, you can work or play in more places - like your comfy couch. The long-range wireless connection virtually eliminates delays, dropouts, and interference.

The tiny wireless receiver stays in your laptop - there’s no need to unplug it when you move around - and connects both the keyboard and mouse.

The 128-BIT AES encryption technology helps protect your information by encrypting data transfer between the keyboard and the receiver with one of the highest levels of data encryption available.

A battery life of up to three years for the keyboard and two years for the mouse practically eliminates the need to replace batteries frequently.2

Your fingers vary in length. So with its gradual wave-shaped contour, the keyboard supports the actual, varied lengths of your fingers.

The palm rest helps position your hands comfortably on the keyboard - and offers a comfortable place to rest your palms when you’re not typing.

Three options for leg height allow you to adjust the keyboard to the height that feels most comfortable to you.

The mouse with advanced precision tracking keeps your hand happy and supported with contoured sides and soft rubber grips.

Learn more about the MK550

Pros: The keyboard has a nice, solid feel to it - the typical quality you'd come to expect from Logitech. Also I really like their plug once micro receiver - much better than having big cables lying around your desk (which in and of itself kind of defeats the purpose of having a wireless keyboard and mouse to begin with).

Cons: The driver software actually asked, or rather forced me to take a customer survey and I couldn't exit out of it unless I hit control-alt-delete and exited out of it through the task manager. No scroll lock button is a major pain also, especially for someone who uses Microsoft Excel as much as I do. And there's no way to program any of the extra keys to use as a scroll lock button (grr). And the most important thing - it. has. no. range!! Really, for an $80 keyboard you'd expect to be able to use it across the room, but no, the adapter wouldn't allow it unless you were right up next to the computer / monitor. That, again, really defeats the purpose of having a wireless keyboard and mouse to begin with.

Overall Review: The range wasn't that big of a deal until I started using my desktop as a home theater PC, and now it's a huge deal. I finally wound up switching this keyboard and mouse with a different set because I got really tired of the limited range it offered. And seriously, Logitech, get rid of the forced survey, no one wants to take a survey that way. It's just as bad if not worse than the telemarketer who calls you and refuses to hang up.

Pros: Works like a charm. Feels great. Both the mouse and the keyboard are solid. As a code monkey, I pretty much am on this thing all day (I think I was around 3 million keystrokes last year?). I work on laptops a lot, and the benefits of having this thing are just beautiful at my home office or at work. It's also extremely easy to take apart and clean up, the key wells are recessed from the electronics, and I've spilt a few things in there (well, not me, but my cat has), and it was very easy to unscrew it, blow dry it down, and turn it back on. Haven't checked the distance, but it's definitely good enough for 10-15 feet.

Cons: Not entirely Logitech's fault, but, when using Mac or Linux, it's a tough setup to get the keybindings to work as you'd expect them to. The Home/End keygrouping is a little weird to begin, but the big delete key I find to be a plus. The mouse has a lot of functionality but my main complaint with it is that it doesn't glide all that nicely on my table.

Pros: The ergonomics are great! All of our employees that use them, love them. They have really good battery life and I rarely have any issues with them. As with any wireless device, sometimes they get out of sync with the receiver. I've only ever had to re-sync twice though and out of 20+ sets, that's not bad, so I wouldn't call it a con.

Pros: The battery life is extremely long. I've had my 550 wave combo for over a year and I've replaced the batteries once. The mouse is precise and quick. Most of the cheap mice I owned in the past had the 'side' buttons collapse within a few months. These are still going strong. The keyboard has every button I could ask for and the pad at the bottom promotes good ergonomics.

Cons: Short range and line of sight connections are the only way this set works right. I've seen this complaint enough that I realize "it's not just mine." Be prepared to figure out a way to work around this limitation.

Overall Review: I don't so much care for reviews that are posted on a brand new item. How does anyone know if it's really any good when they've only had it a week? But this combo has held up for me, absorbing my abuse, for well over a year - and being retired/disabled I am usually on my computer somewhere around 12 hours a day as I now do webmaster work to supplement my income. The arm of my recliner is my 'mouse pad' and my lap is my 'keyboard tray'. The mouse probably slides off off of the skinny arm of this chair onto the keyboard or the carpet 10 or more times daily - and both are still chugging along. This combo is kind of like the old Timex commercial that said, "Takes a licking and keeps on ticking." I >LOVE< mine and I'm fixing to buy another simply so when I do finally break it I can be sure of having another as a spare and not see that terrible word "Discontinued".

Pros: A quality product by Logitech. It's still working like a charm after about 3 and a half years.

Pros: Love this keyboard, very soft to the touch

Pros: -Nice feel to buttons -Plenty of programmable options to mess with -Works in bios

Cons: -Wheel button on mouse isn't playing well with BIM application. It works, just not as easy to use as my previous mouse.

Overall Review: All of the shortcut buttons are great timesavers.

Pros: Comfortable, easy to customize, great keyboard and mouse kit. Really love the Logitec product for years and that upgrade does not disappoint.

Cons: Some lag, I will not use that keyboard for intensive gaming but for regular use only. Anyway, pro gamer will never go for wireless - a minimal delay can make the difference between successful raid and lame one. Also the Fkeys are not by pack of 4 as usual. Ok for office work but long time gamer will have trouble to adapt.

Overall Review: Great that the connector offer a long extension, make it easy to place it near the kit for best result.