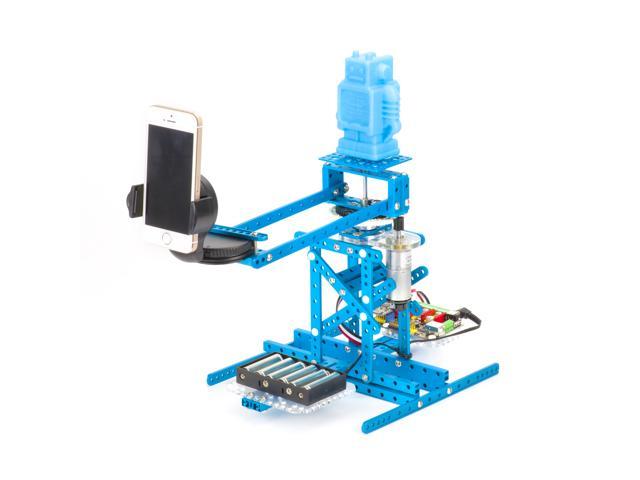 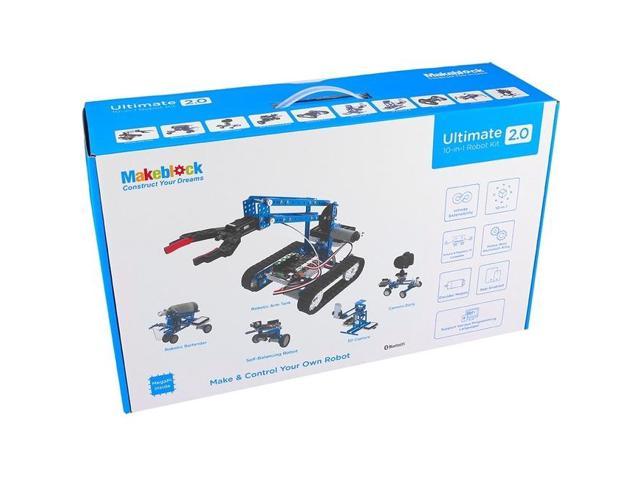 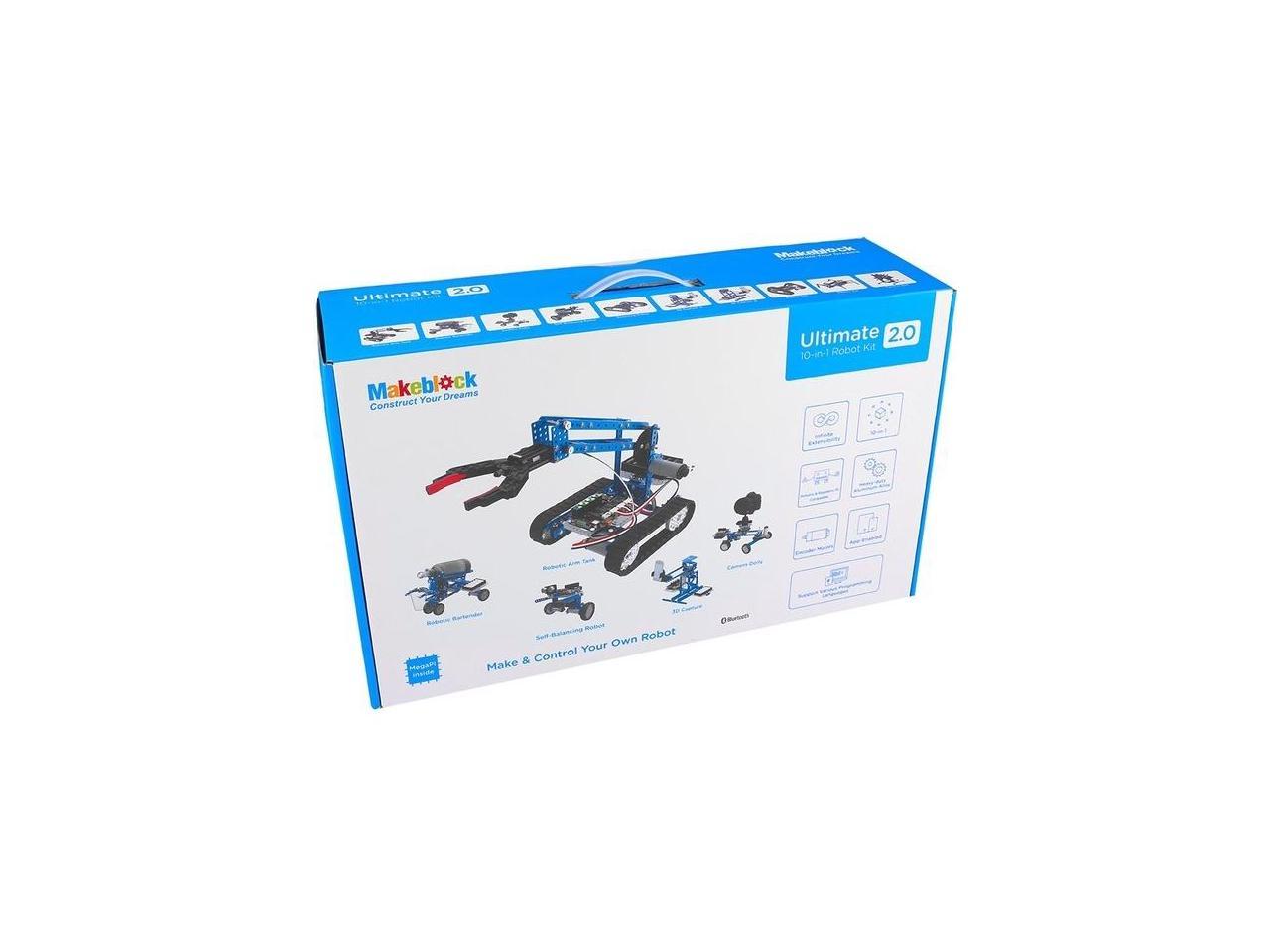 Be the first to review this product...
OUT OF STOCK.
Overview
Specs
Reviews
Ultimate 2.0 - A Robot with Endless Possibility

The 10-in-1 STEM Educational Robot Kit
Compatible with both Arduino and Raspberry Pi, Ultimate 2.0 is the perfect robot for robotics enthusiasts to learn about mechanical design, electronics and programming. This extraordinary robot kit can be assembled into more than 10 different configurations to explore your creativity. Compatibility, standardization, and systemization make this flagship robot kit smarter and more fun than ever!

Release your imagination with over 160+ metal parts and 80+ types of electronic modules including our all new powerful MegaPi main controller, 3 encoder motors, 1 robotic arm, 4 DC motors, 3 sensors and 1 Bluetooth module. It also comes with a shutter and phone stand for easy photo taking. From now on, you will have your own parts library.

Ultimate 2.0 comes packed with a punch. The kit comes with assembly guides for 10 different designs that serve as launch points for your own creations. Alter the designs to suit your own ideas, or make your own design entirely from Scratch! This Robot Arm Tank consists of a highly-adaptable track chassis and a ?exible robotic arm. This robot is designed to help you grip, lift, and deliver objects in various terrains. Robotic Bartender is made up of a mobile chassis, a variable angle support structure and a self-adaptive bracket. It can independently pour wine into a glass (or do other similar action) and deliver the glass to you. Camera Dolly consists of a mobile chassis and a 360-degree swivel base. Add a smart phone or a camera onto this robot and start filming from a low angle. You can also preset a path for the robot to follow in order to capture the moments of your life (motion noise may affect the sound recording). 3D Capture is a simple yet powerful 360-degree rotating platform, consisting of a cell phone holder and a rotating structure. Add a cell phone to realize 360-degree panoramic ?lming or let the robot ?lm while moving around small objects. When connected with an app, it can simulate 3D scanning beautifully. This self-balancing robot is another building form of Ultimate 2.0 Robot Kit. It is driven by two encoder motors at its two wheels. It can move forward and backward while keeping balance. Compatible with Both Arduino & Raspberry Pi

With a strong motor-driving ability and ease of use, MegaPi is a microcontroller board based on ATmega2560 that can rapidly control and combine different kinds of motors. It is capable of simultaneously driving up to 10 servos, 8 DC motors / 4 stepper motors and have a maximum output current of 10A. Whether you're an Arduino or Raspberry Pi lover, MegaPi can fit your needs. Programming for All Experience Levels

The Ultimate 2.0 supports Python programming (by combining with Raspberry Pi), Arduino IDE programming, graphical programming, and Node JS. For beginners, it comes with a specially-designed APP, enabling you to control the robot by simply dragging and dropping blocks.

Learn more about the Makeblock 90040

Customer Reviews of the Makeblock 90040