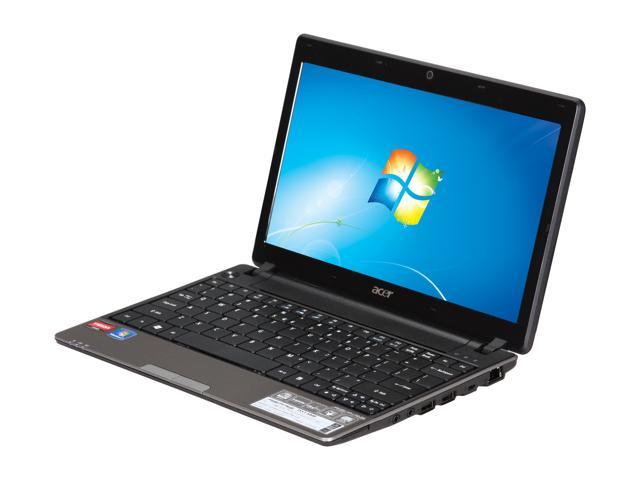 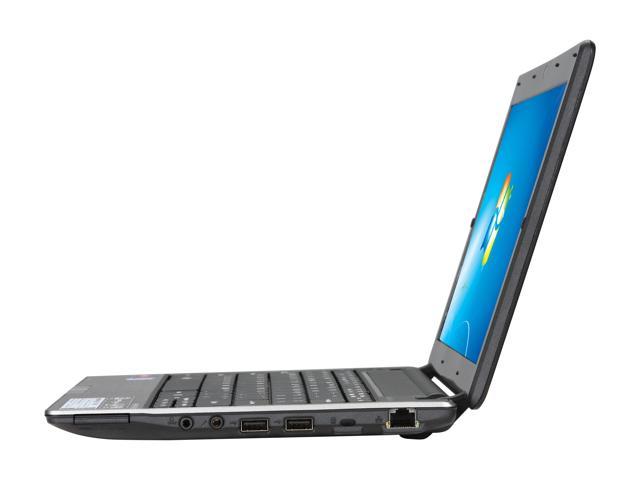 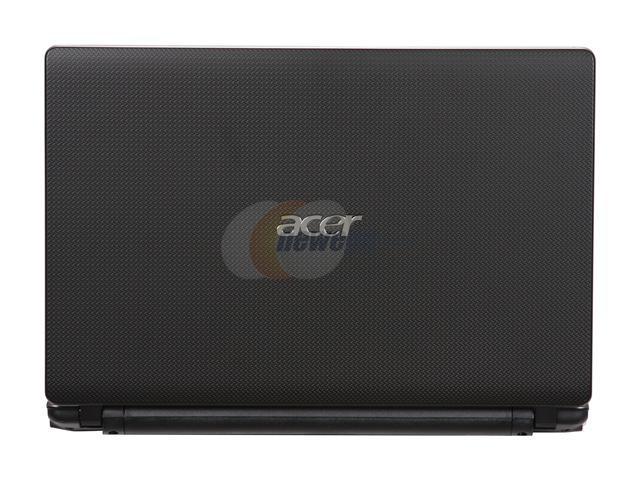 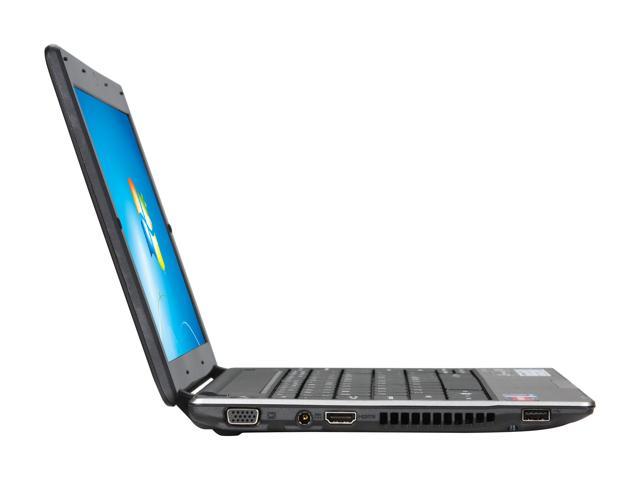 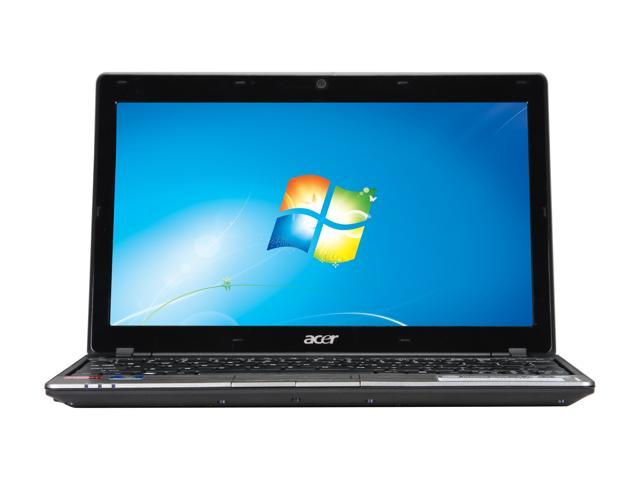 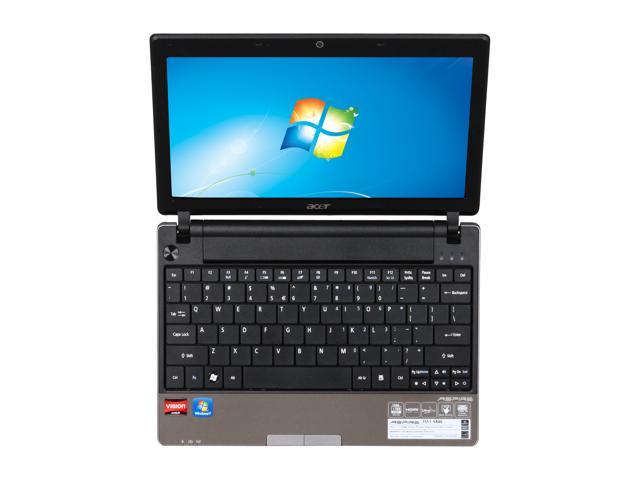 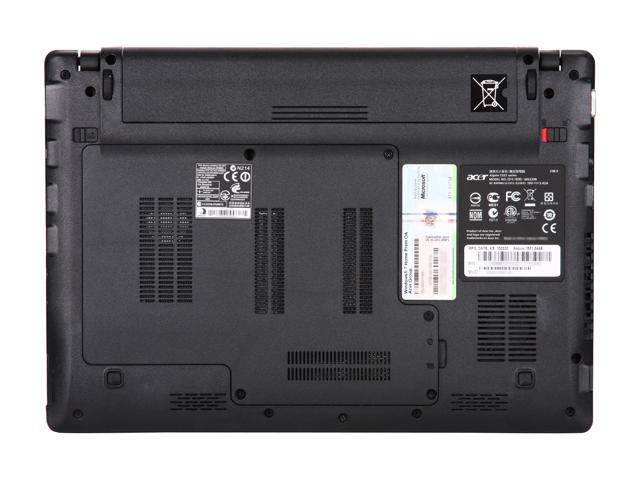 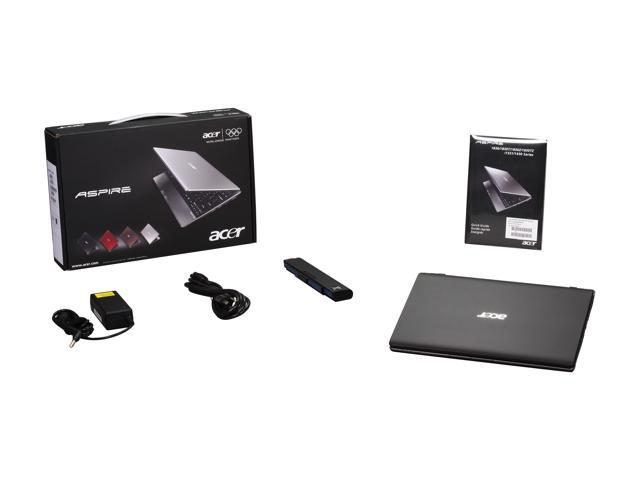 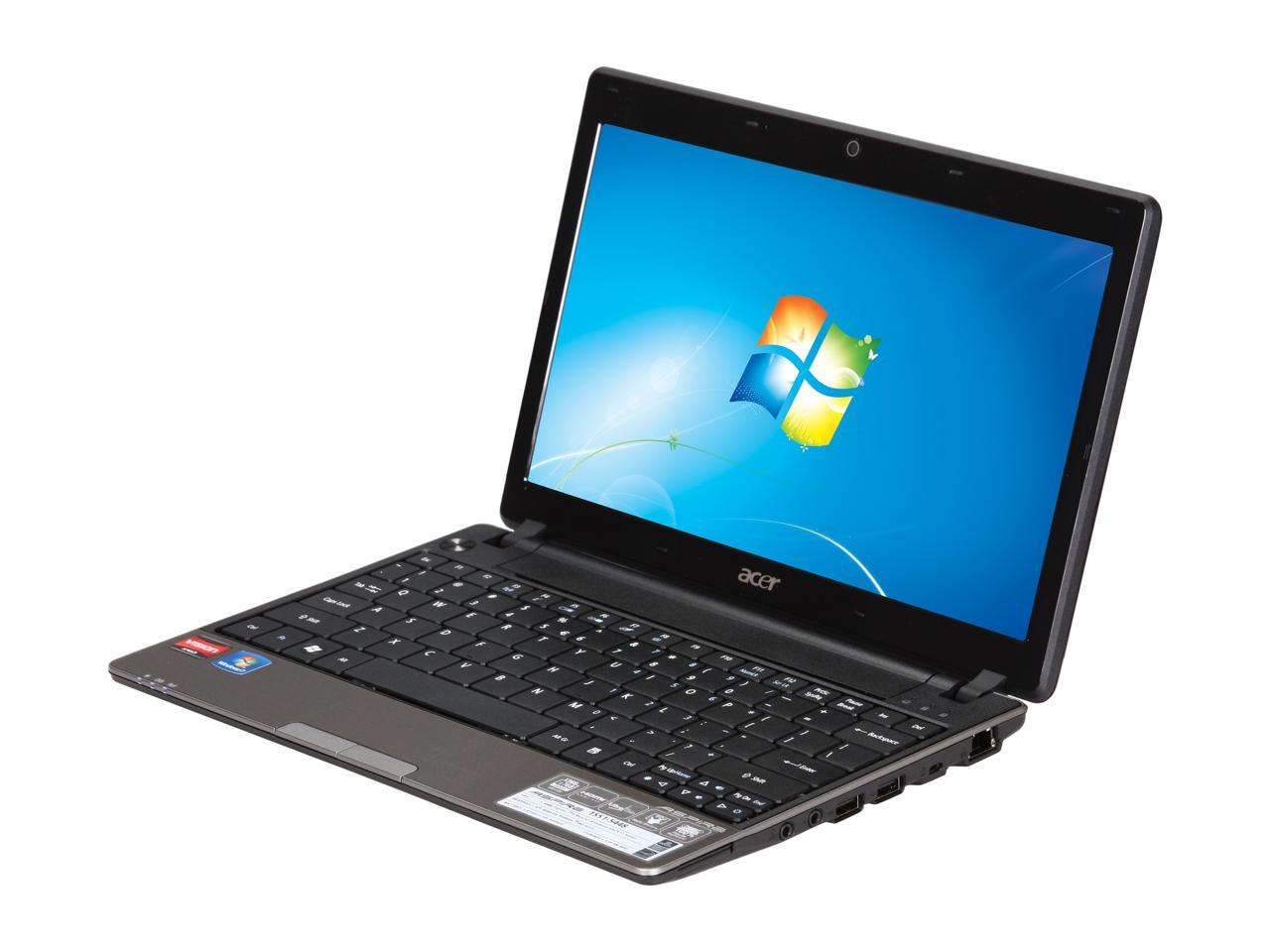 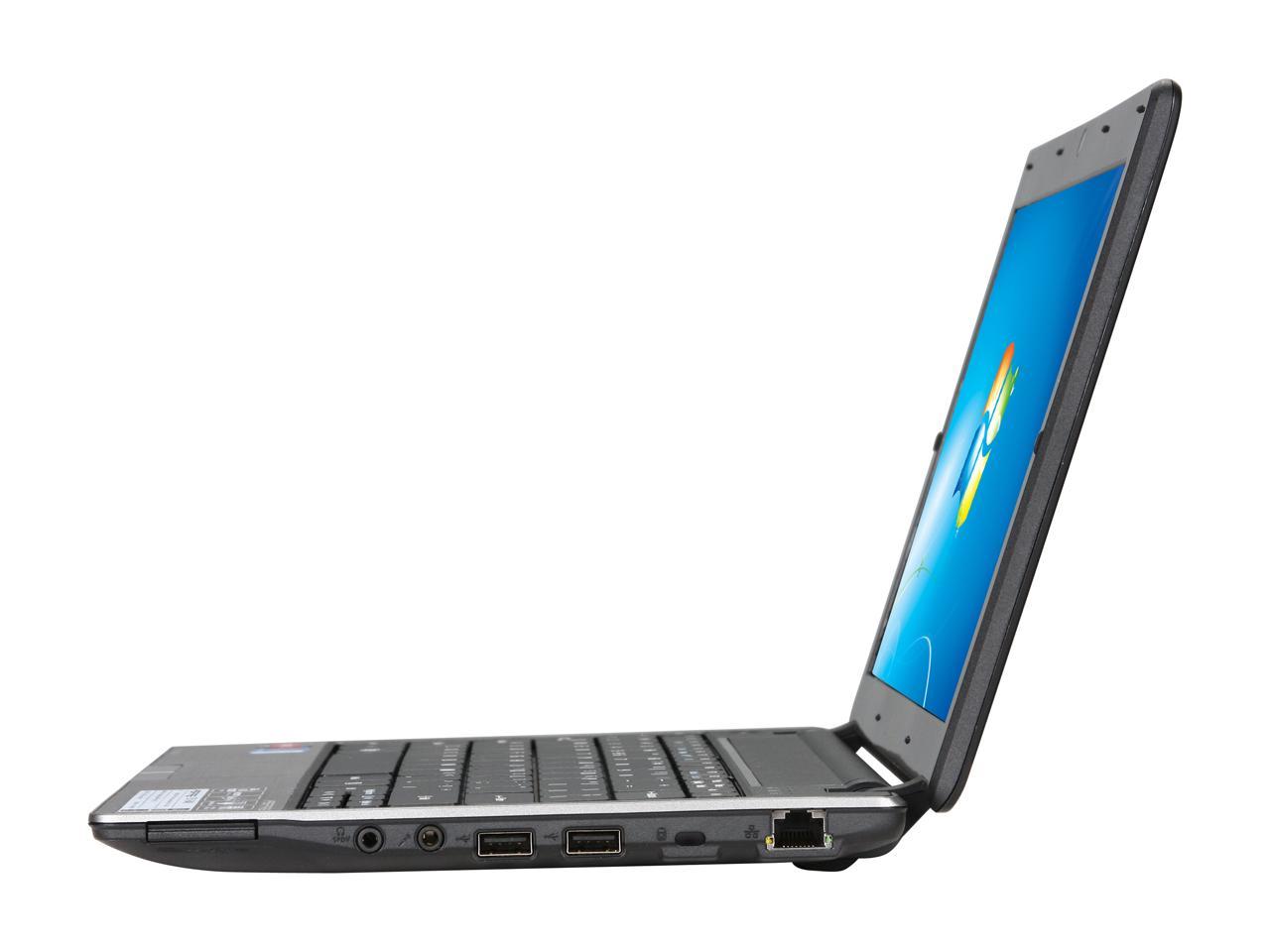 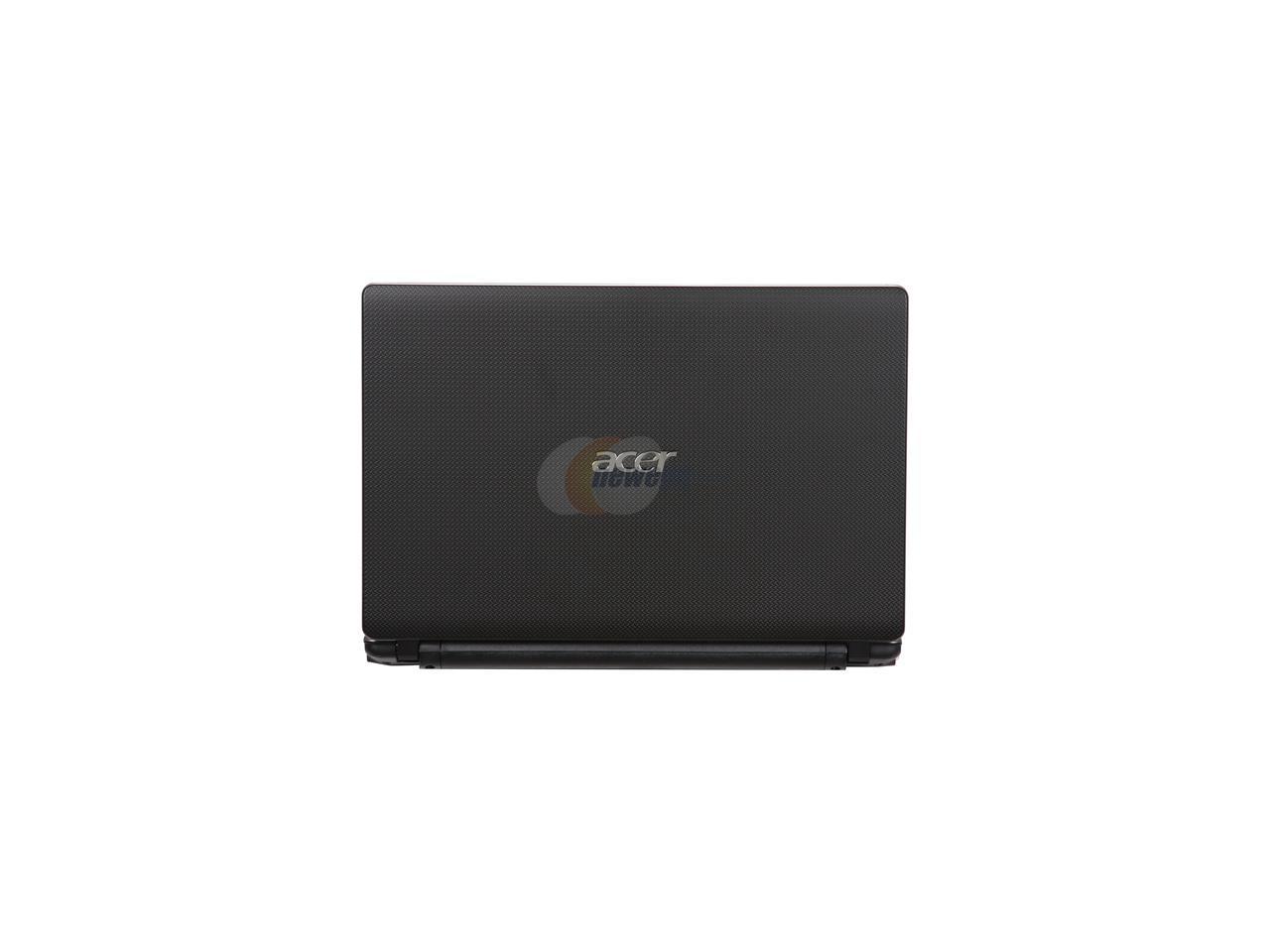 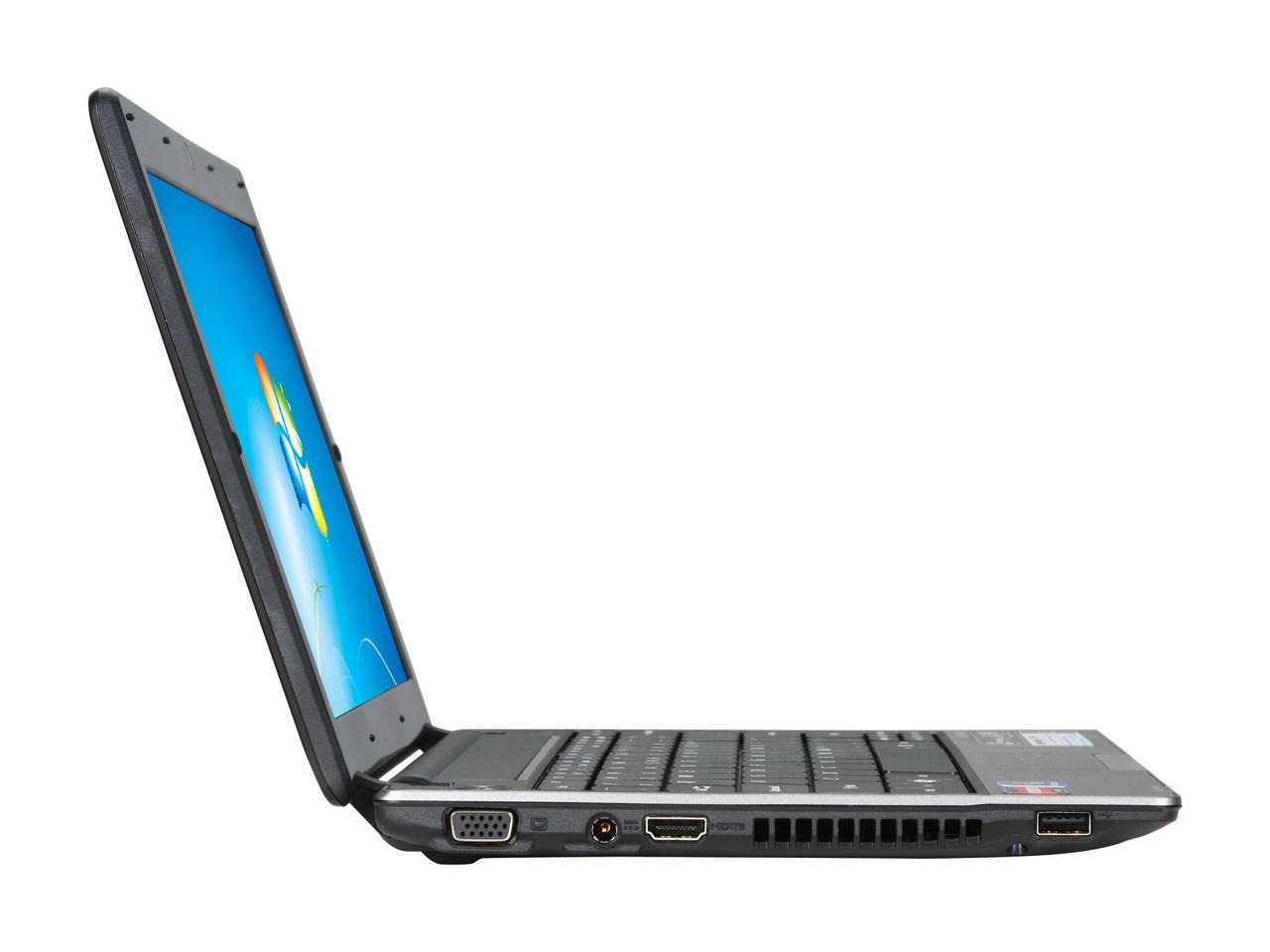 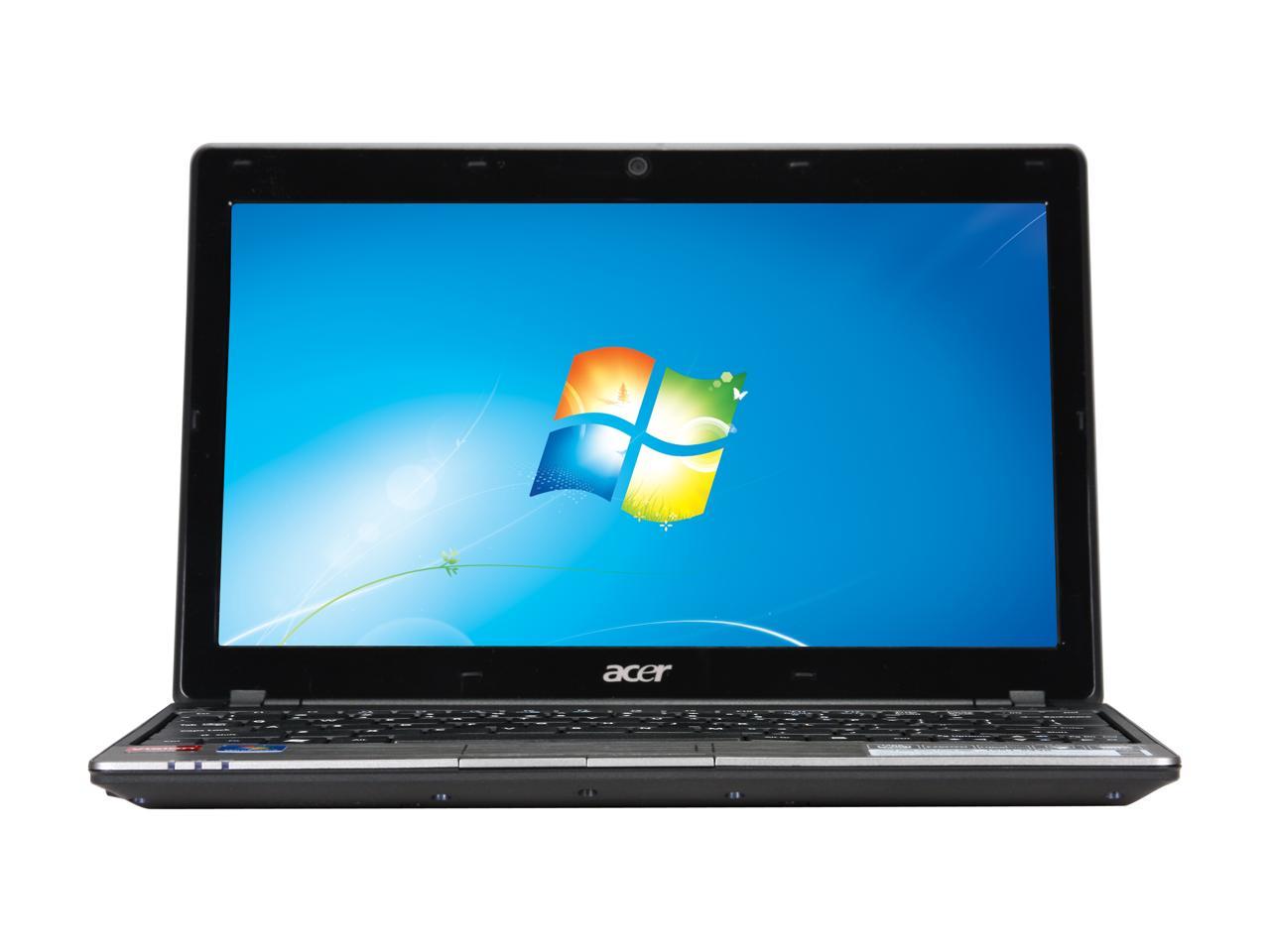 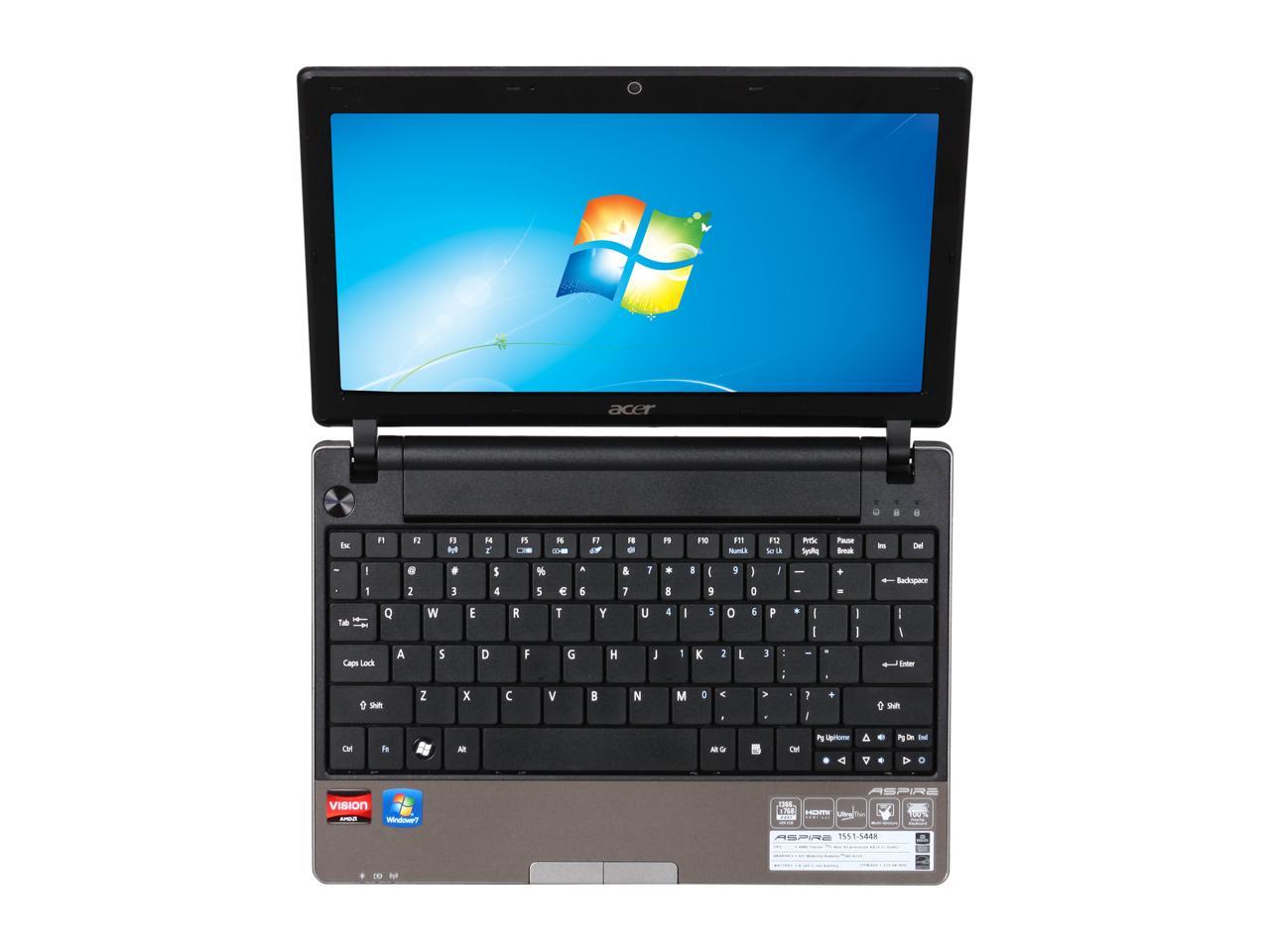 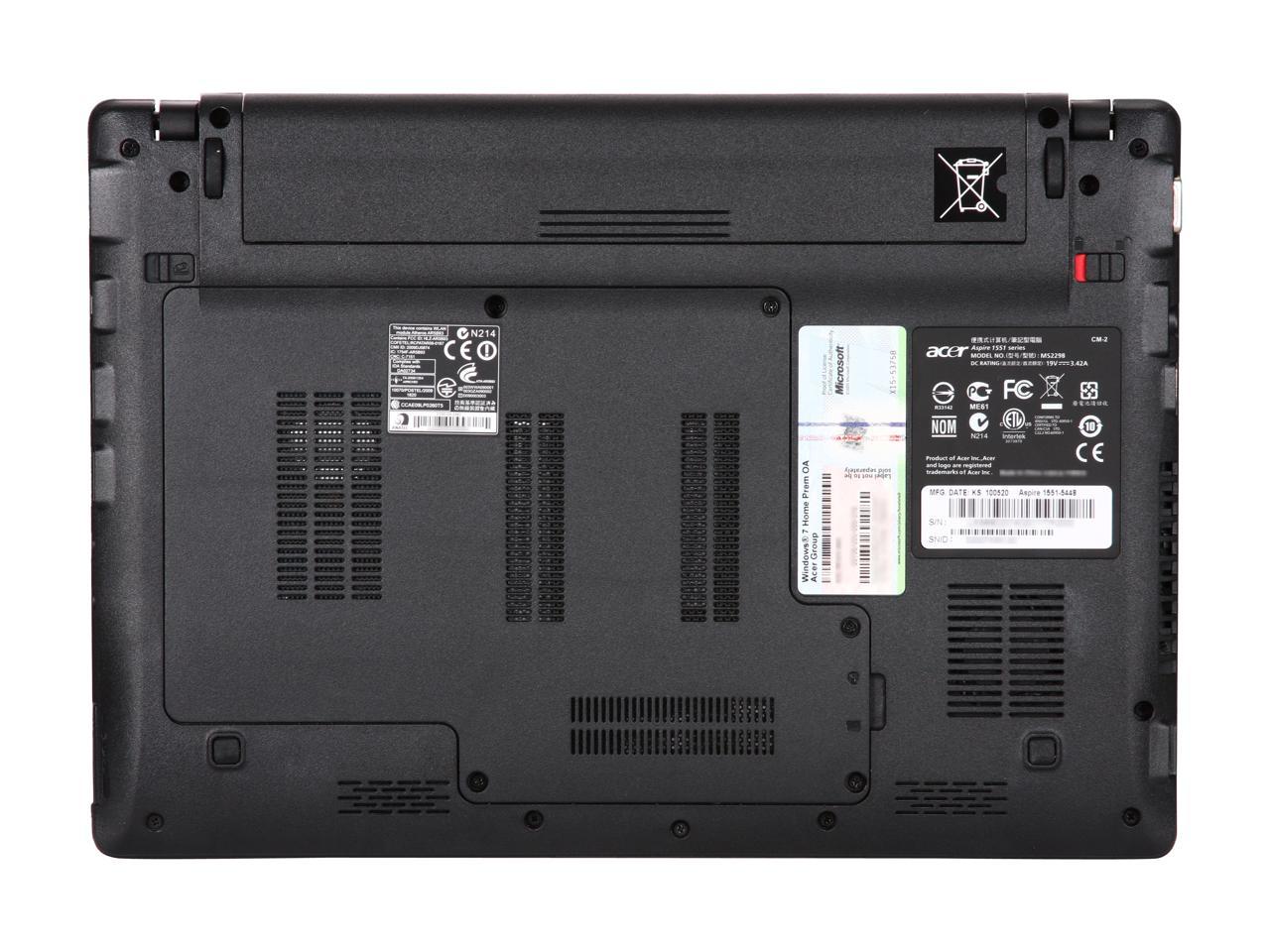 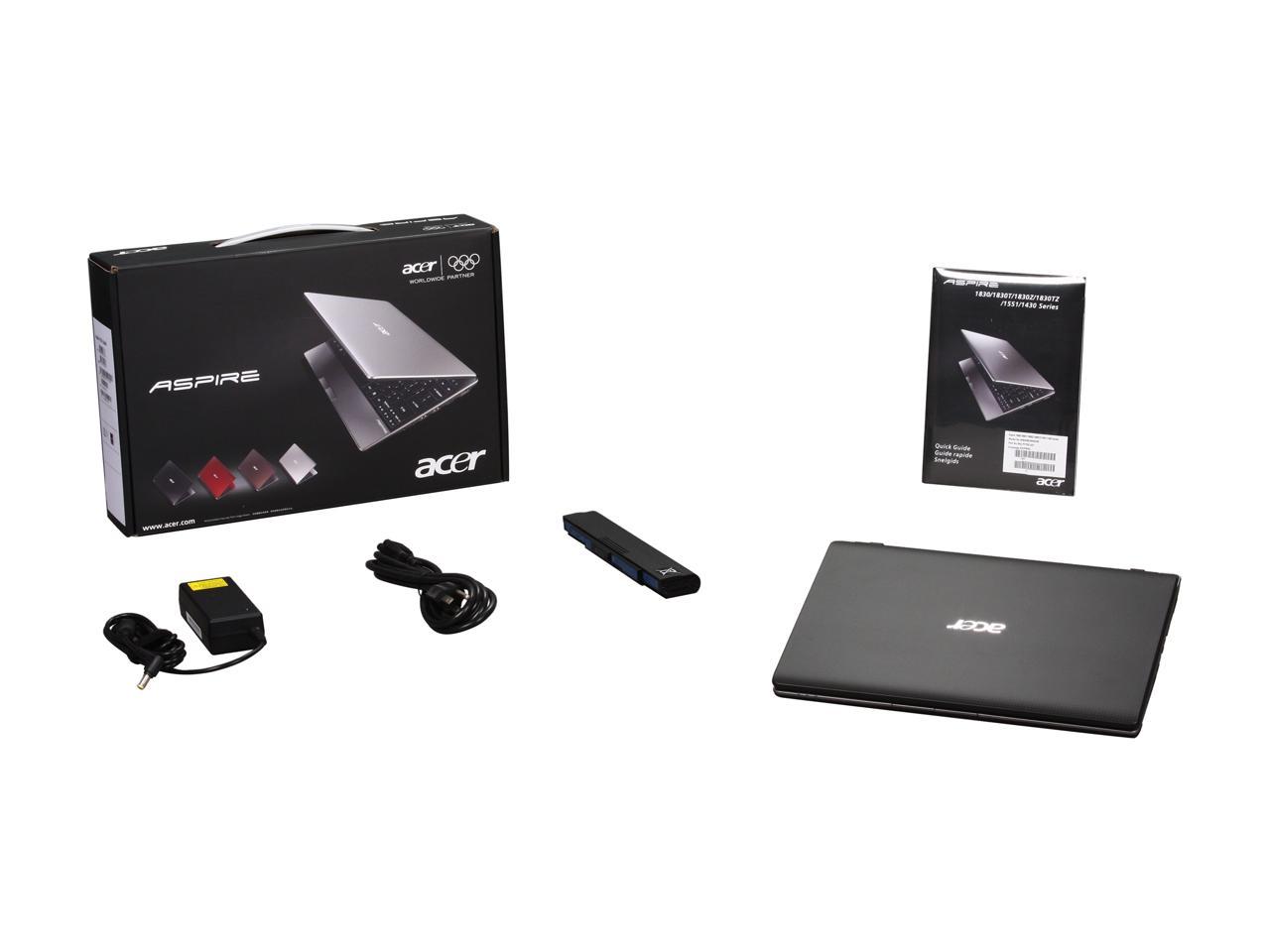 Pros: • Handles HD video surprisingly well. It even handles 1080p Flash video without stuttering. • A lot speedier than I ever expected. • Very thin and portable. Thinner than many 10-inch netbooks and not much wider. • K625 gives you more processing power than any Atom chip can offer (at the expense of battery life, of course). • Screen resolution is fantastic. • Full-size 'island keys' keyboard • 4GB RAM included

Cons: • Washed out colors by default; if you're like me you'll spend a lot of time creating a color profile that looks good. • Battery life is ~3 hours at 70% brightness under light-to-moderate use. • Loaded with bloat - it's easier to reformat than it is to uninstall all of the acer junkware. • Viewing angles are extremely limited. • Keyboard has some slight give in the middle. • Speakers are weak. • Trackpad and mouse buttons are small.

Overall Review: Most of the cons I list can be expected from any subnotebook. The only disappointment here is the glossy screen; even though it's higher resolution than most netbooks, it's not very vibrant and the picture looks off unless you're viewing it from the exact right angle. I haven't tried the built-in HDMI output yet, but I have a feeling I will be using my TV as a monitor more often than the built-in screen. Overall, a very good netbook if you're looking for HD-capable performance and don't care too much about battery life.

Cons: No optical drive (didn't really need one, this is replacing a no-optical netbook). Swapped out the 320 GB HDD with a 60 GB OCZ Vertex SSD, but could not get rid of the 12 GB restore partition, so had to re-install Windows from scratch. Still have the original HDD with the original partitions in case we need it in the future. The original HDD scored an average of 60 MS/sec with HDTach, the Vertex 140 MB/sec.

Overall Review: Bought this for my daughter for school. She was using a Dell Mini 9, a 9-inch netbook with Linux (on sale for $199 years ago). Her main need was for light weight, second for long battery life. This met her needs fantastically. It's only an inch or so longer and wider than a 9-inch netbook, and about as thin. The only drawback is the battery is only average, but at least she can carry it to her classes very easily, and yet it offers a better screen (1376x768 vs. 1024x600, less scrolling). The Neo dual-core CPU is plenty fast enough to handle Windows 7. Will handle the low end of HD video (720), have not tried games but that was not a requirement. This is a great upgrade from a netbook. Keeps the light weight and small size of a netbook, but much more processing and video power available at a very low price.

Pros: Just what I was looking for in a netbook - dual-core 64-bit CPU supporting virtualization and 11-12" screen. Linux works well - Ubuntu 10.04 LTS and Fedora 13 (see other thoughts below) install correctly.

Cons: I took off one star because the BIOS does not recognize the Intel X25-V SSD and because Acer technical support was no help. Acer - please update your BIOS to support Intel SSDs.

1 out of 1 people found this review helpful. Did you?
Anonymous
Ownership: 1 month to 1 year
Verified Owner
If you want something better than a netbook1/7/2011 6:17:51 AM

Pros: Bright, crisp screen. Better resolution than most of the competition. Hardware's performance is only to be praised. This machine handles Windows 7 Pro without any hiccups. Everything is lightning-fast, even the Microsoft Office 2010, which is full of visual bells and whistles. The laptop is super-slim; I am in college, and everybody and their mom have a laptop of a sort. Mine is by far the slimmest out of all 12" and less form factor (sans Apple's newest MacBook Air). It is also very light; weighs almost as much as an average book: three pounds! The battery lasts about 4 hours with the screen dimmed all the way down, and wireless turned off. So if you need to type up some Word document on the go, you have plenty of time to do so. The Windows 7 is the best operation system there is, I can't praise it enough when using this notebook. It goes to sleep and wakes up within seconds, even when it comes to hibernation.

Cons: 1) The keyboard is really difficult to use: a) Keys themselves are simply flat: no bevel, no raised borders, nothing. So when trying to feel a button, you can't tell when one button ends and the next one begins. b) Because of keys being flat, it feels like they wobble more so than any other laptop keyboard's. Especially the smallest keys - you can almost press a corner of them to the base of keyboard without actually depressing the button itself. c) The keyboard is arched upwards, and when the screen is closed, keys leave marks on the glass of the screen. Really annoying. 2) The touchpad also sucks: a) It is tiny. I understand they were trying to keep the laptop slim, so they moved the battery inwards, thus reducing the size of the touchpad. But it still is very small. b) The multi-touch doesn't work. It takes a lot of tries to use the double-finger scroll, let alone attempts of pinch zoom.

Overall Review: (continued from Cons): c) even the regular scroll on the right edge of the touchpad works only about half of the time. I constantly have to resort to PageUp/PageDown buttons (which also suck, as another review pointed out). OVERALL: This is the best small laptop you can find in this price range. As others mentioned, the hardware is top-notch for such a small form-factor. The machine is very slim, very light, and very powerful. All that comes at the expense of battery life, but this is the best performance/battery life ratio that there is for the money. Also, keep in mind the time it takes to charge the battery (longer than average), otherwise you might end up with an empty battery unexpectedly.

Pros: Everything under the hood of this computer works wonderfully. I upgraded from a 10" netbook and I'm delighted to finally be able to play HD flash videos from youtube and hulu in ubuntu/linux (haven't tried it out in windows 7 yet). The screen is just the right resolution/size combination to be useful but still portable.

Cons: The buttons on the track pad are small, which wouldn't be a problem if the edges on them had more of a bevel rather than just a right angle. Also, while the keyboard took a little getting use to coming from a smaller netbook, but my main issue with the keyboard (and where I took off some eggs) was that the Pg Up and Pg Dn keys are right next to the arrow keys. This means that whenever I try to move the cursor one character or line BAM I'm halfway down the page and when I press the opposite key, it doesn't return me back to where I last was (even in programs like MS Word and emacs). This is a major issue for me as I purchased this machine primarily as something to type my papers and code on. The only solution was to remap the keys.

Overall Review: I can't really call this a con because all of manufacturers do this now but if someone is reading this who can do something about it, I want matte screens back, these reflections are killing me! Also, got to love newegg and ups, ordered it on Monday around 3 with 2 day shipping because my old laptop had broken beyond repair and they got it to me Tuesday, a day early.

Pros: small ,fast does what it suppose to do as avertised

Overall Review: would buy another one

Pros: This laptop is an amazing machine for the size. The display quality is great, as is the graphics processor! I have yet to find any performance issues with this laptop. I often use it to watch DVDs, (with an external DVD drive of course), use Photoshop CS5, even do CAD modeling with Autodesk Inventor without a hiccup! The battery life is great, easily 3+ hours. Plays HD content without a single problem, even when outputting via HDMI. The island keyboard feels great and the trackpad is nice and discrete.

Cons: The display hinge isn't crazy rugged, but it isn't a rugged laptop. Not really anything else.

Overall Review: Overall, I would recommend this laptop to anyone who wants portability without any sacrifice on performance. Don't settle for some old netbook, get this and you won't be disappointed!