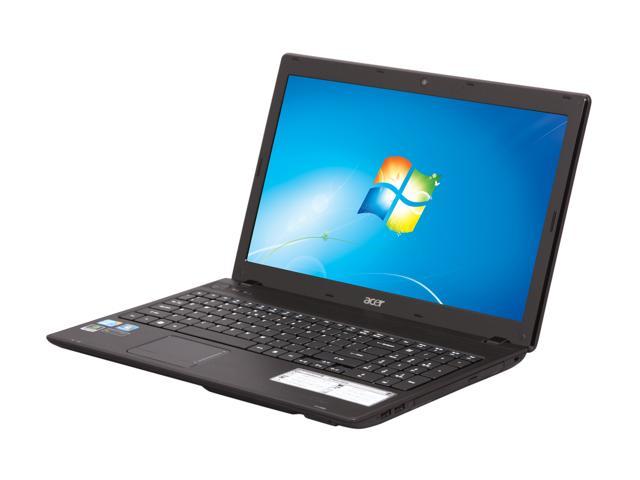 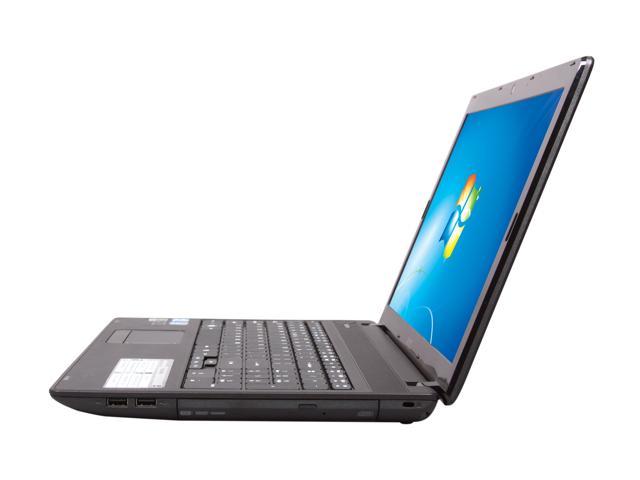 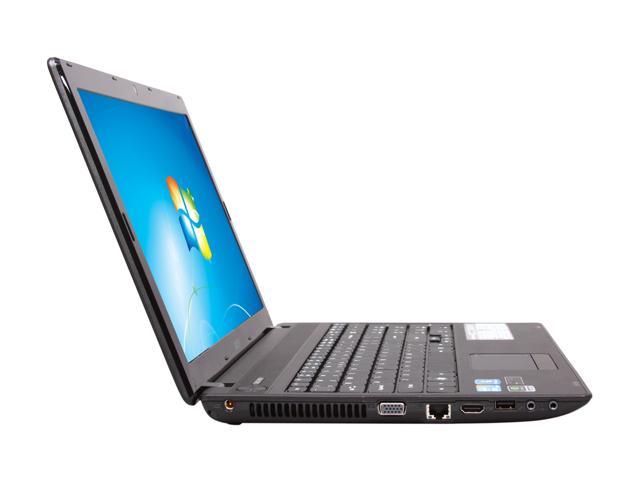 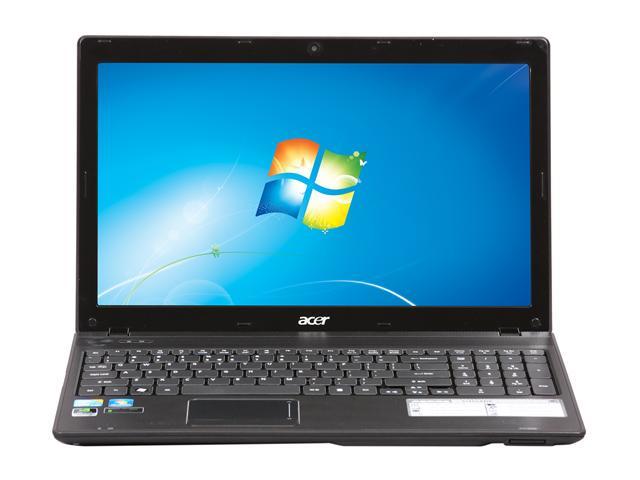 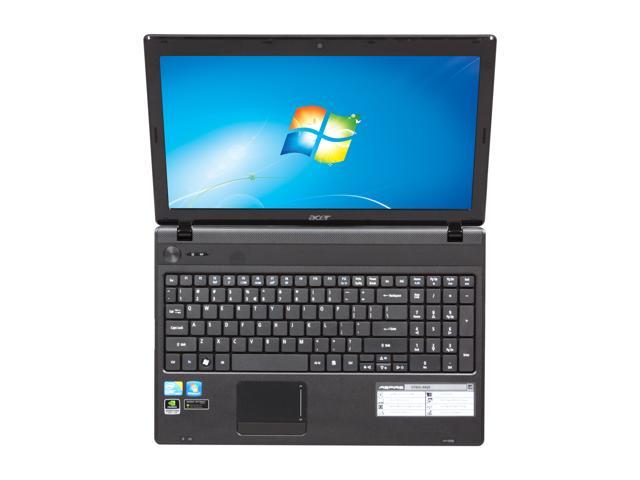 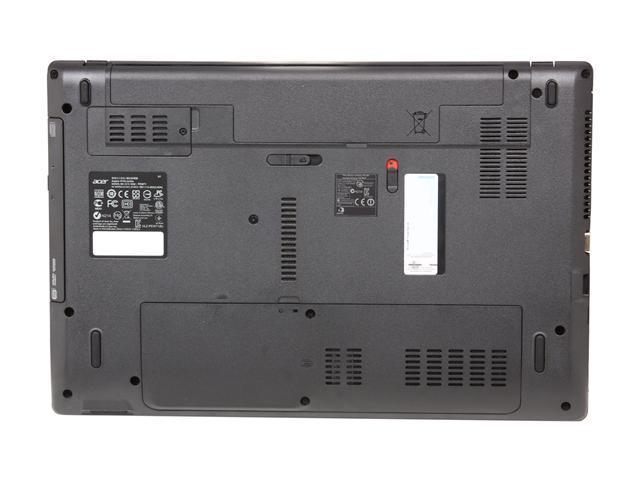 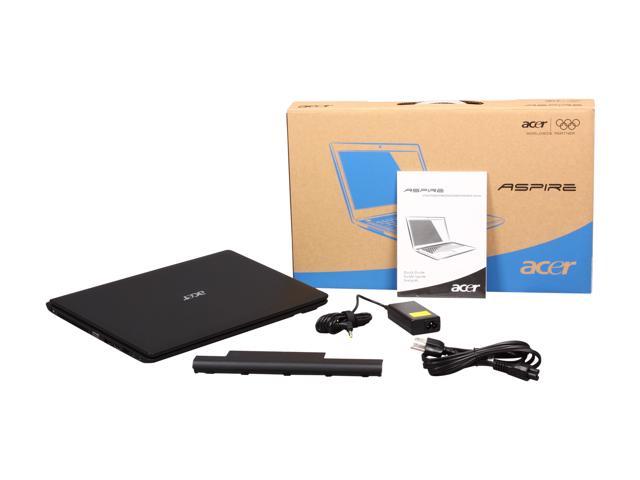 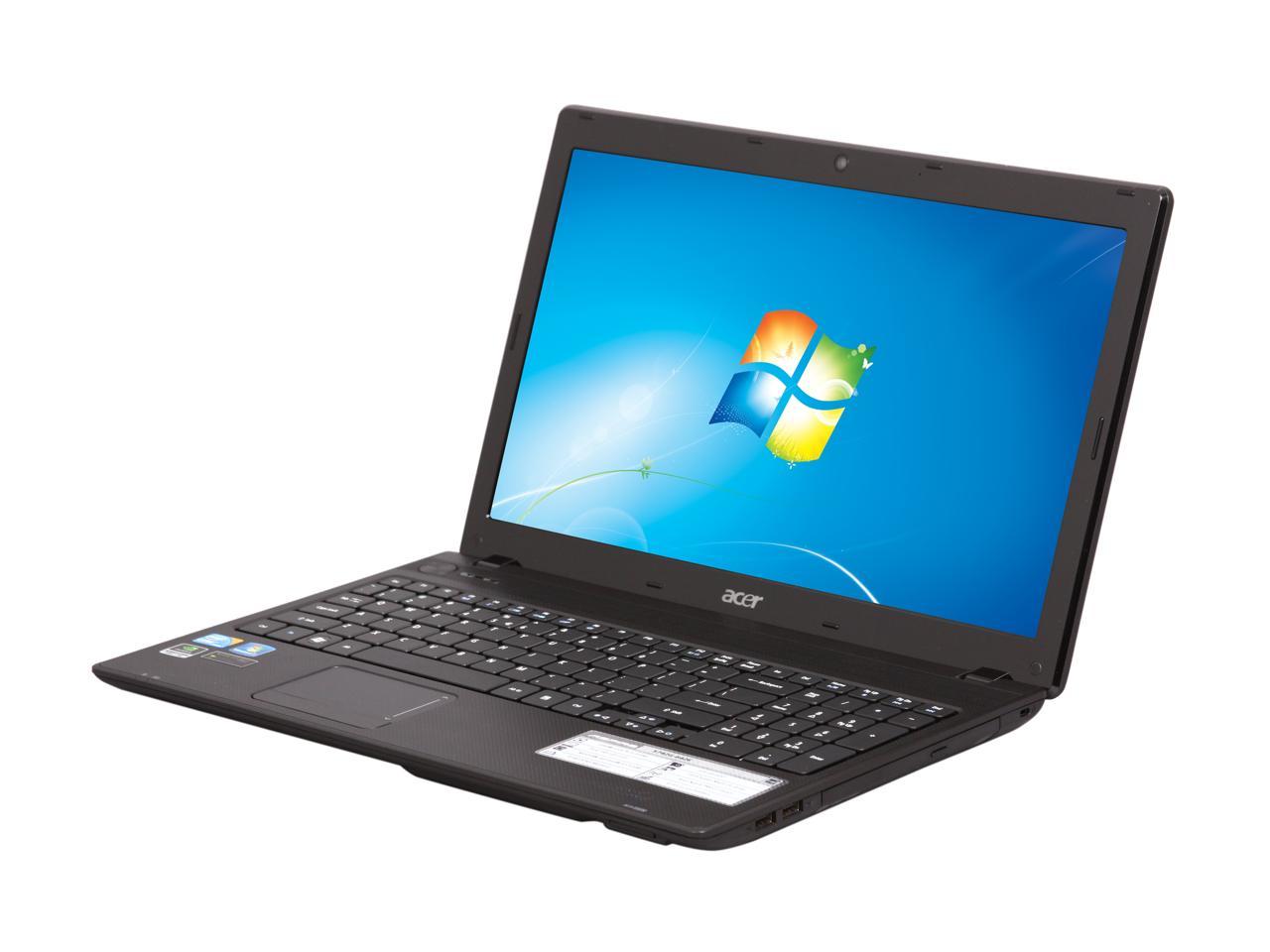 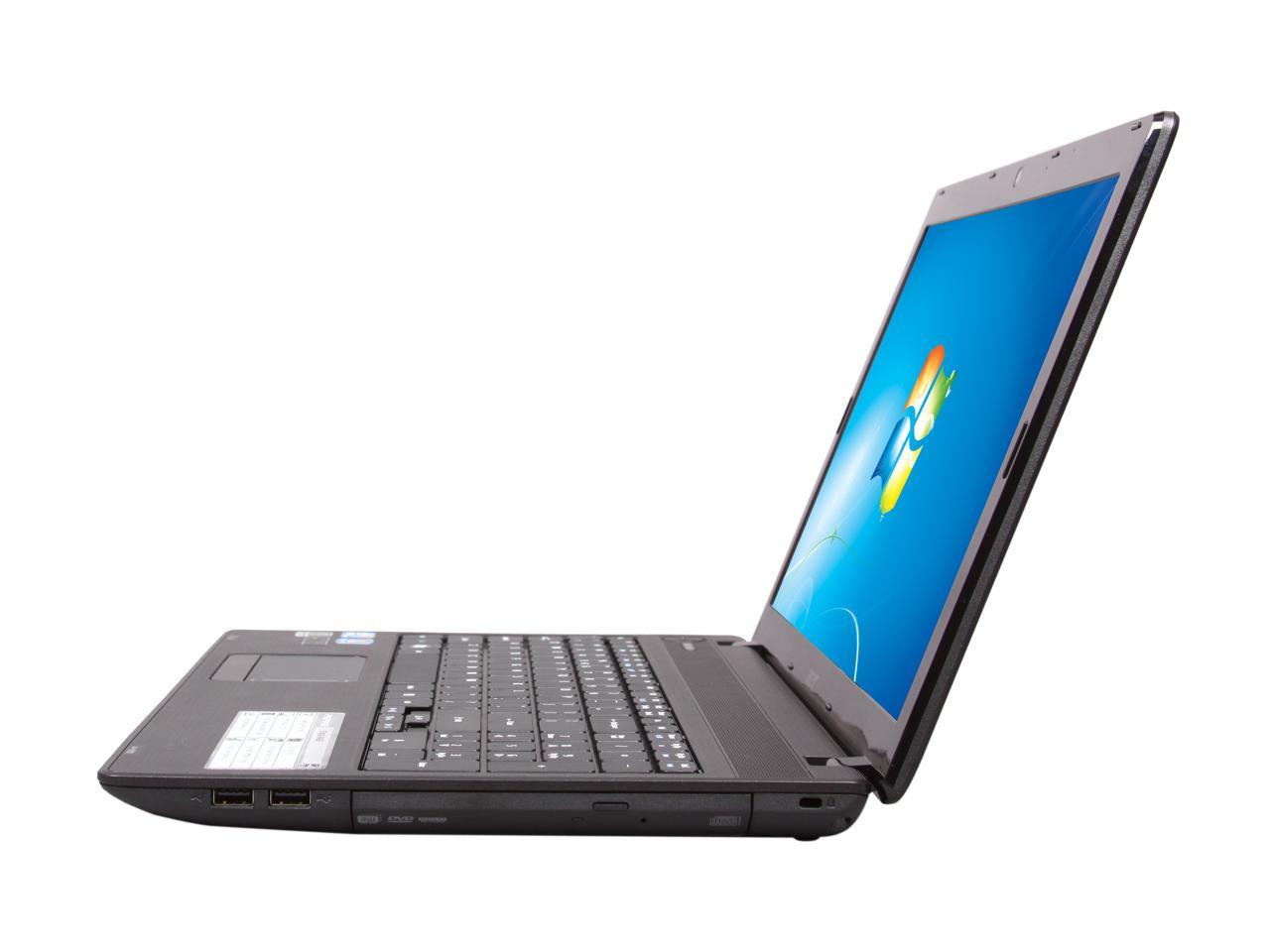 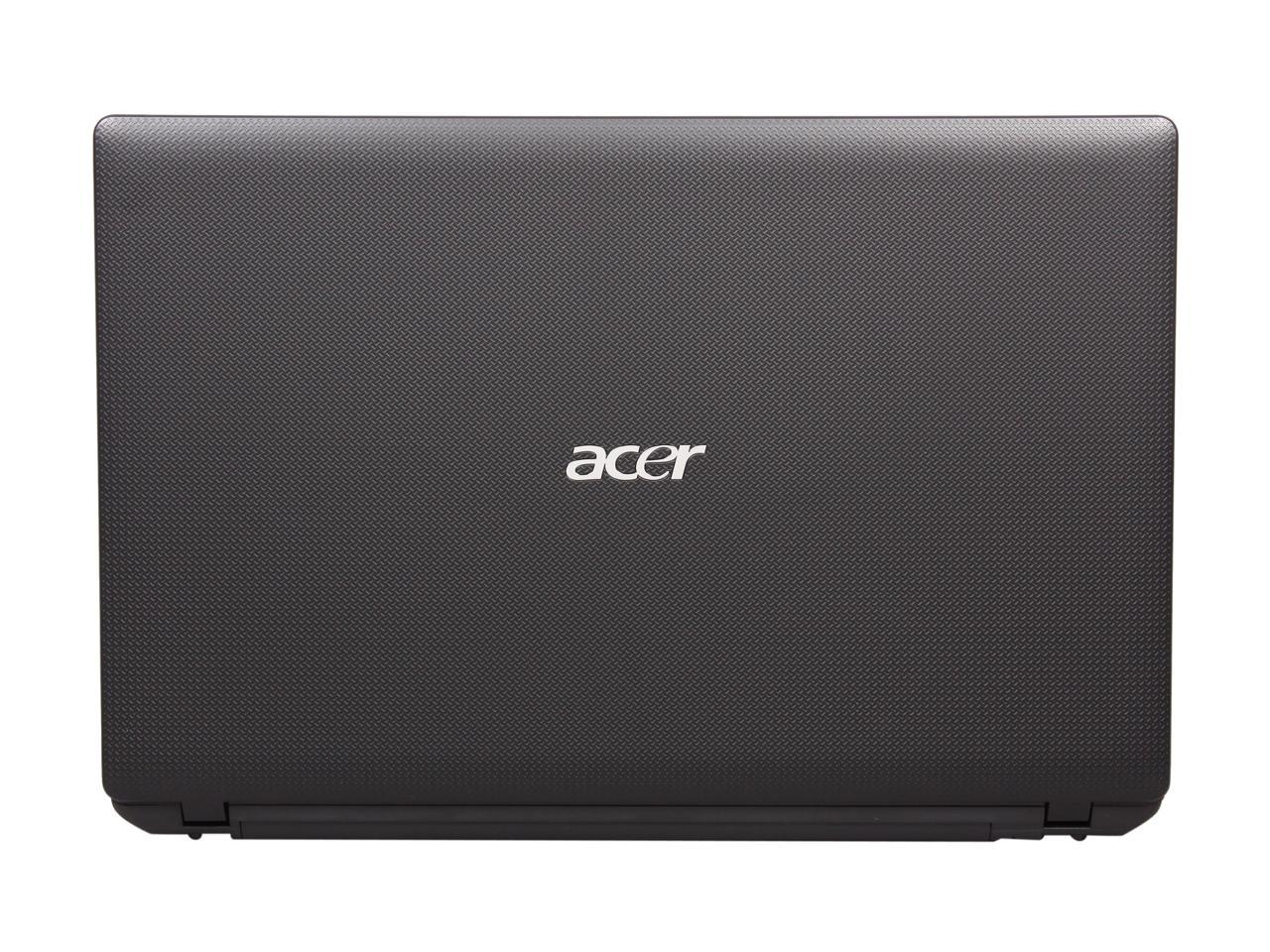 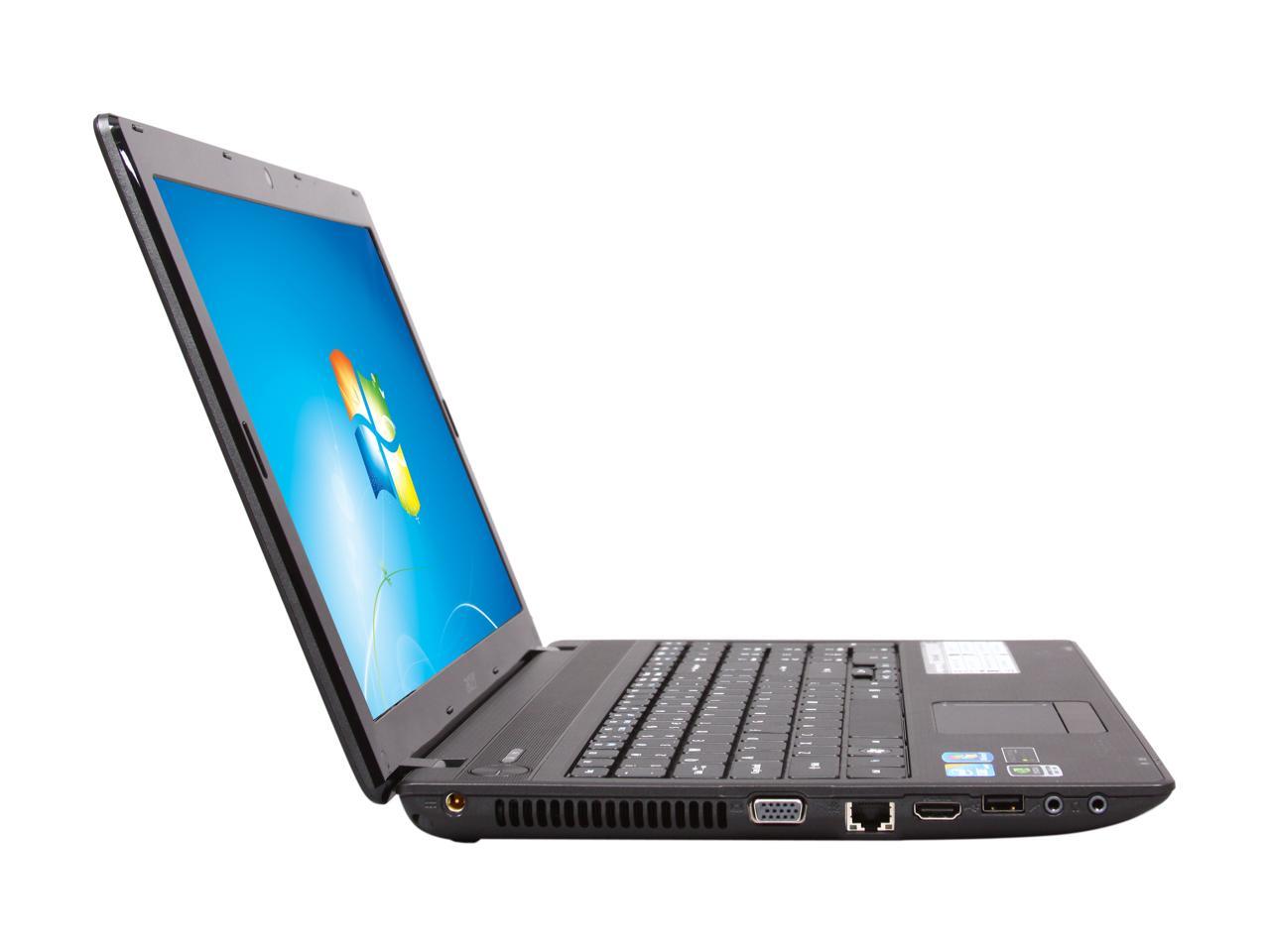 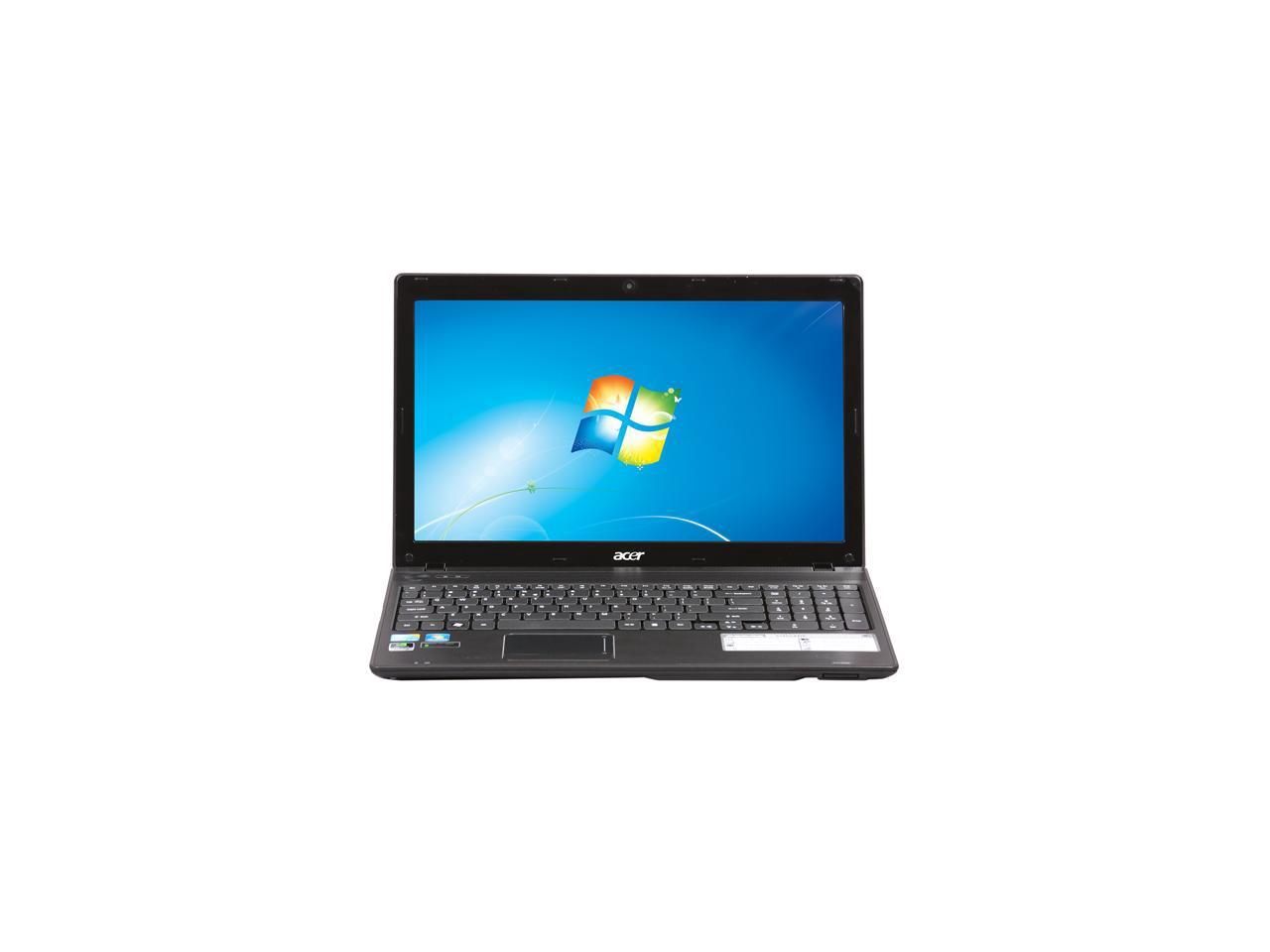 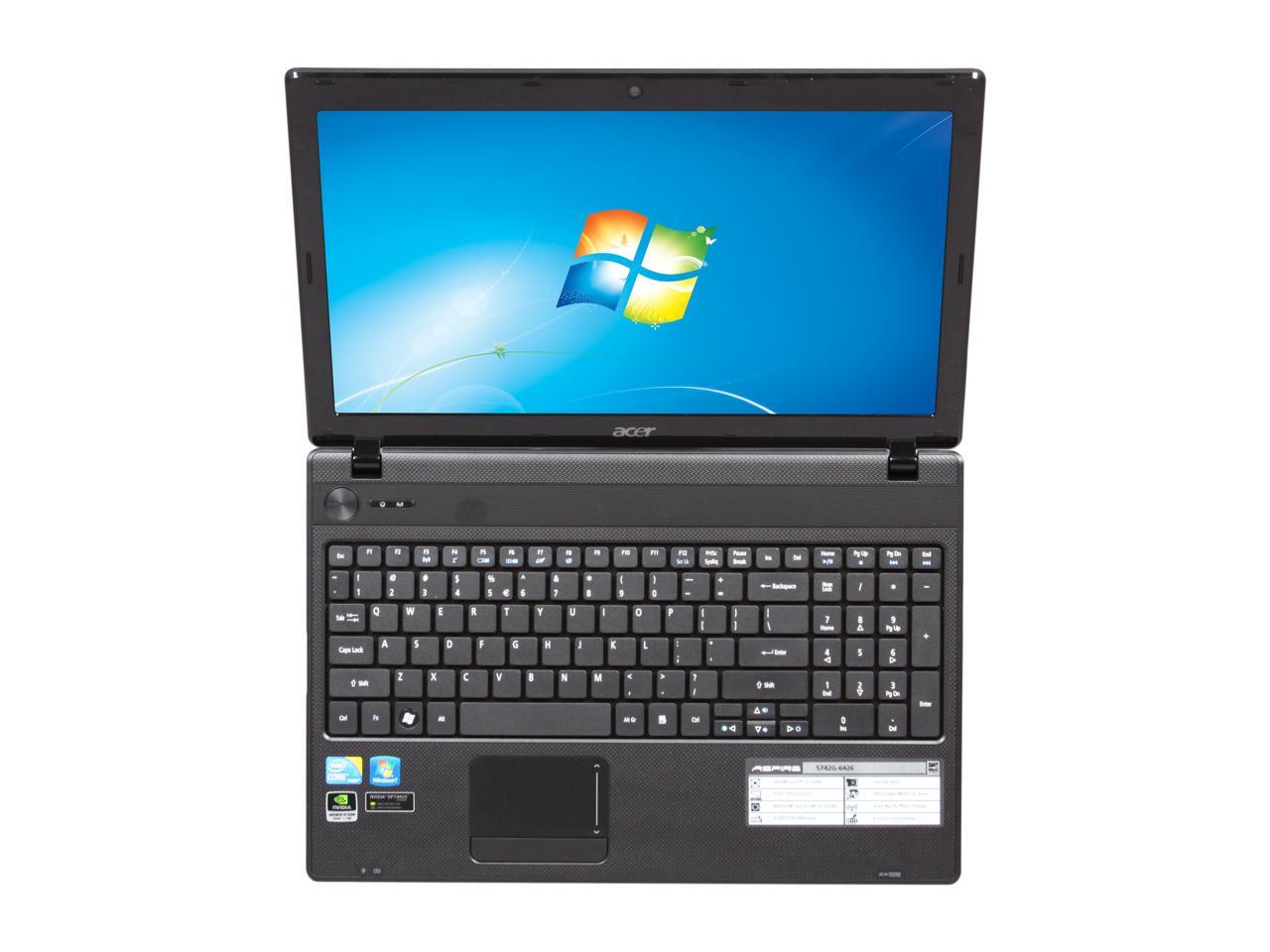 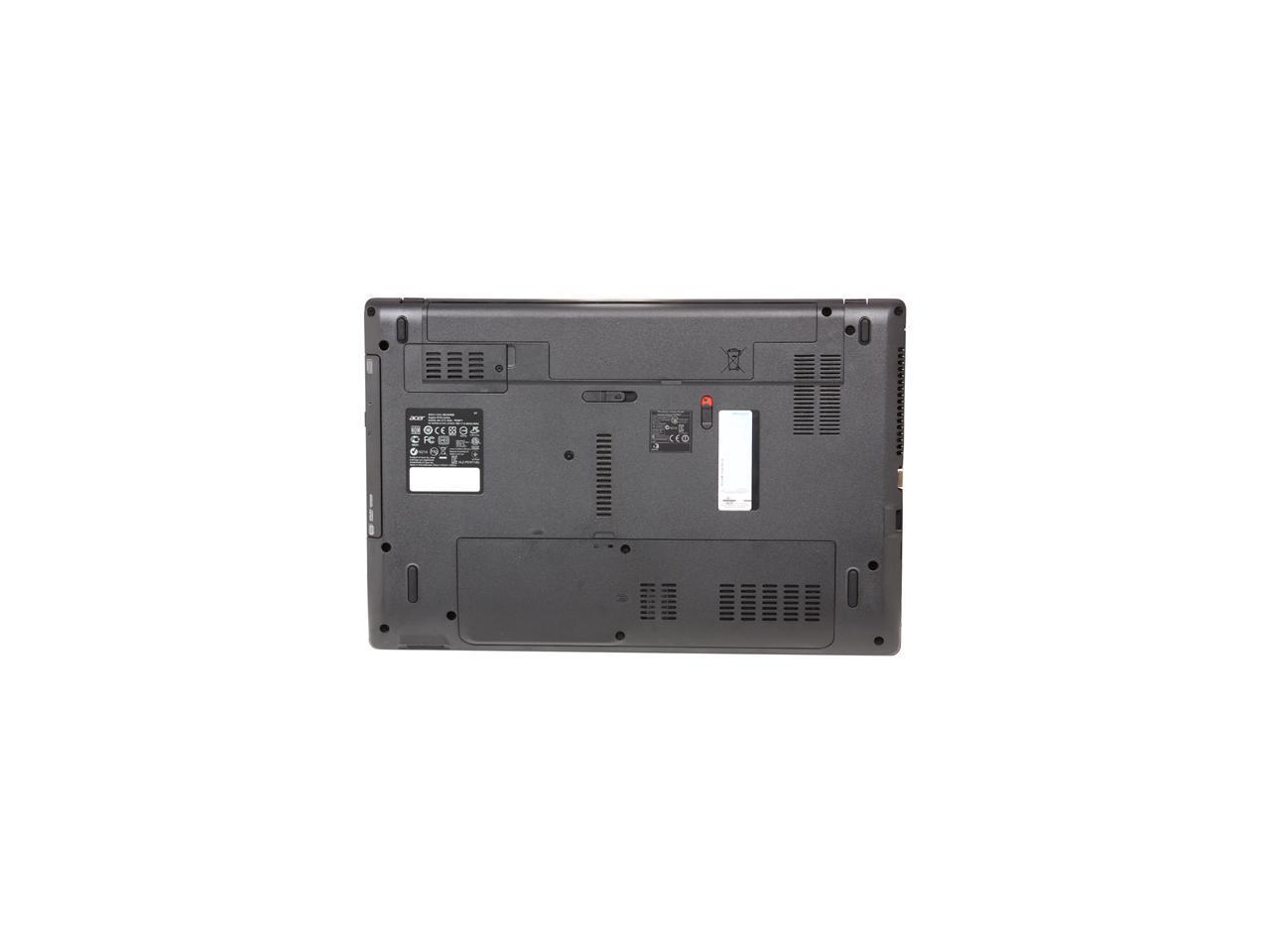 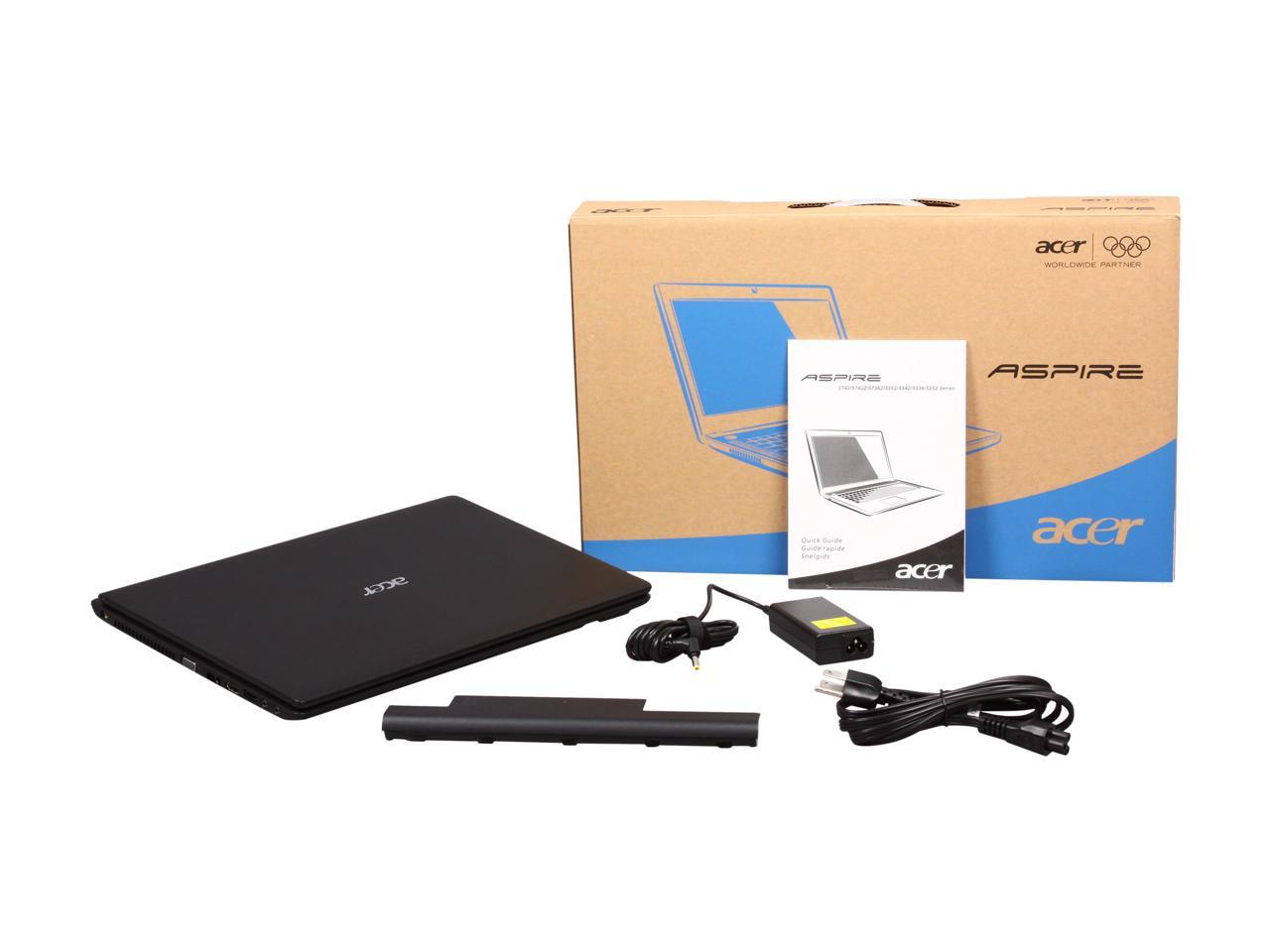 (67) Write a Review
OUT OF STOCK.
Overview
Specs
Reviews

Pros: quick delivery: package arrived on time with no damage. not a fingerprint magnet. very nice texture and feel. plays fallout nv on ultra high settings straight out of the box no overclock yet. (42 fps) this thing runs cool. 6 hours straight of skyrim and im sitting at 66 degrees f the specs are fantastic for a budget gamer. i would definately reccomend this to anybody with less than 550 to spend but wants a decent gaming laptop. very little bloatware (took 10 minutes to remove what came with it) and set up took another 15 minutes.

Overall Review: the keys do sit about 1/8th inch off the base, so easy to trap dirt inside if you like to treat your laptop like a dinner plate. i have only owned this laptop for nearly 10 hours now, but i will update if any issues occur. 1 last thing this is a major upgrade from my last laptop i have owned for over 4 years (hp dv9000 core 2 duo 2.0ghz nvidia 8600m gs 4gig ddr2) so i may be slightly more satisfied than i a more experienced person with electronics would be however, i feel this computer can and probably will definately run any game out there for the next 2 years on med settings.

Pros: Ok, received it in the mail about 2 days ago. I'm a heavy console gamer and I'm a mild PC gamer (Your basic RTS or MMO). I paid $449 for this when it was on sale, and I can tell you that this surpassed every single expectation I had. Dual-core processor Dedicated graphics 4GB RAM 1GB video RAM this laptop absolutely ROCKS for how cheap it is. It can max out league of legends. I haven't got around to trying any other games yet. But on high setting for LoL i was getting 60 fps. -Great for mild gaming -Great for everyday internet use -Fast -Minimal bloatware -Fires right up

Cons: I have absolutely not a single con with this laptop. The only con I truly have is why the hell haven't more people bought this laptop?

Overall Review: Bang for your buck right here ladies&gentlemen. I honestly hope my review encourages anyone and everyone to purchase this computer. I usually read just about every single review before I make decisions, so I hope I'm helping someone out by writing this.

Pros: I've had this laptop for a full day now, so I wanted to do a bit of a first impressions + review. -The body of the laptop feels nice. It's plastic, of course, but it doesn't feel cheap. It's also not glossy which is a big plus to me. -The graphics card is really stellar. For a $400 laptop, you're lucky to get an Intel Graphics 3000 card, but instead you get this really great 1GB GT520M. It was able to run Starcraft II on medium/high with an FPS low of 40 without the new drivers installed. Sins of the Solar Empire, X3, STALKER, and other games ran on high or better as well with a steady 40+ FPS. -Great boot time, usually it will take 10-15 seconds to boot into Windows and 30 seconds at most to cut off even after being on for 10+ hours intensively. -Not much bloatware. It took about 10 minutes to uninstall. The backup/recovery disc you'll need to create will take much longer. (3 discs, almost 12gb) -Good battery life. About 4 hours browsing the web.

Cons: -The keyboard has spaced keys which are also a bit tall, too. The spacing really messed with my typing ability and ability to hotkey in games like Starcraft. While browsing, the Pg Up, Pg Dn keys don't work to scroll which was a bit of a letdown. The comma key also doesn't work well without additional pressure. -Mono speaker. I understand this is a budget laptop, but to launch a laptop in 2011 with a single speaker makes no sense. If you use your current laptop for listening to music aloud, this laptop is not for you. With a good pair of headphones, it's like any other laptop, just be aware of the speaker. The laptop also has no local volume control. Hopefully, you have a pair of headphones with a switch. -The 320gb 5400rpm HDD works, but it's completely unintuitive to make a laptop with such a strong graphics card and a HDD like this one. It'll be a bottleneck and something to consider replacing later on. This may be a pro or con depending on the person, but it does have a u

Overall Review: Overall, the Acer Aspire AS5742G is a workaround laptop. You'll need to adjust to wearing headphones at all times if you don't already, you'll have to store data on an extra drive if you decide to keep with the 320gb HDD inside, and your fingers will need to readjust to key placement (my fingers were always hitting NumLock instead of backspace, for instance). For the price, it's a great value for budget gamers and media other than music if you're not using headphones. Other things there weren't room to mention: The power button is too easy to press meaning cutting off your laptop can sometimes be accidental when hitting escape or plugging in the power cord. The mouse button unibar is smaller than you'll probably be used to, so it could also cause some issues at first.

Pros: This is my second Acer laptop and I am very happy with both of them. Quick delivery and in perfect condition.Easy to set up.Not too much bloatware.Nvidia GeForce with 1GB dedicated RAM.You can choose which programs to run on the video RAM.

Cons: Does not stand out from some high end laptops.Styling wise.Plain looks.

Overall Review: Excellent laptop for the price.Added 8GB ram and this laptop is very quick.Runs mutiple programs at once without a glitch.Supports 1066MHz or 1333MHz RAM.Go with the 1333MHz 8GB upgrade which will set you back under $50 bucks.

Pros: Cannot beat the price for this bad boy. Dedicated video card with the HDMI is eggcellent. Processor is decent. Feels pretty sturdy and the texture on the top of it, is pretty much scratch proof.

Cons: Keyboard will take muscle memory to get used to. The up,down,left,right buttons are half sized and can be difficult to use if playing a game that requires them. No lighted keyboard.

Overall Review: I bought this laptop for my wife for Christmas. She is an average user who basically plays silly facebook games, skypes, email, youtube and watches movies. For her, this is more than eggceptable for her demands. The dedicated video card is something that I will not go without..... ever! Never bought Acer before and used to put them down. However, it seems lately that they have stepped up their game. The quality-to-cost ratio for this is great.

Pros: Very responsive. I'm using this laptop for common everyday tasks. (purchased for college too). Surf the web/listen to music/ occasional gaming. Everything is in order. Easy to use fast setup and quick bloat-ware removal. Great keyboard idk what people are complaining about.

Cons: There is only 1 thing that I dislike about the laptop and that is the speakers. It seems that the sound is coming out from the left and its kinda weak. You can feel the speakers' cheap quality. (headphones easily fixes the problem, i usually am running with headphones anyway) 1 egg off for the speakers (they really disappointed me)

Overall Review: I'm not sure if this could be a con, but the top plate (where "ACER" log o goes) feels flimsy and you could kinda press it. It feels like cheap plastic when you press it. Not too bad though. Bottom line: Fast/responcive Great everyday laptop (and 1st laptop) Good packaging Buy it. I received my package in 2 days (ordered sunday, received tuesday with standard shipping)

Cons: Out-of-box defects including: Headphone output unresponsive [USB headphone only] One of two right-side USB ports damaged, listing devices as "unrecognized." Keyboard WILL collect dust/dirt/grime over time, as keys look like islands over a void, rather than keys on a base.

Overall Review: Compared straight across with my former quad-core Athlon II, this dual-core i3 processor does compete well enough. I use this laptop as a recording device for Podcasts, as well as Photoshop CS5.5, however primarily purchased the hardware in preparation for Star Wars: The Old Republic. For those looking, the errors with the motherboard are unacceptable, however not worth the wait for shipping to ship the device back. As part of a test measuring graphical power, AMD's 4200 on-board graphics card packed on 10 frames per second [average] while unplugged playing "League of Legends," and 20 while plugged. Graphics kick out six-times more power in the 520M on this laptop, hosting 60 frames per second while unplugged, and obviously the same plugged in. The monitor could use more color vibrancy, however it is acceptable.