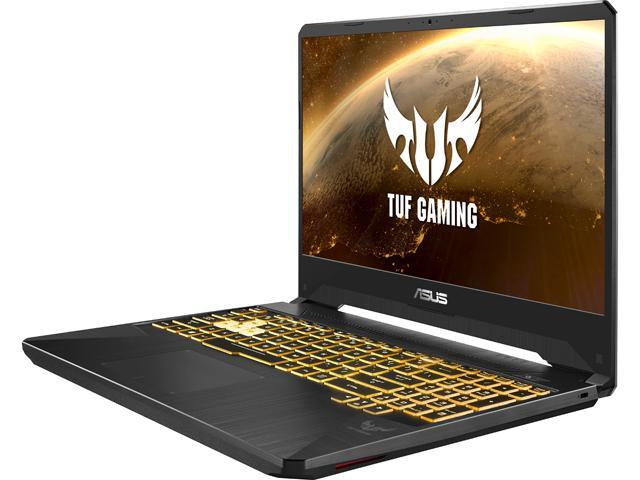 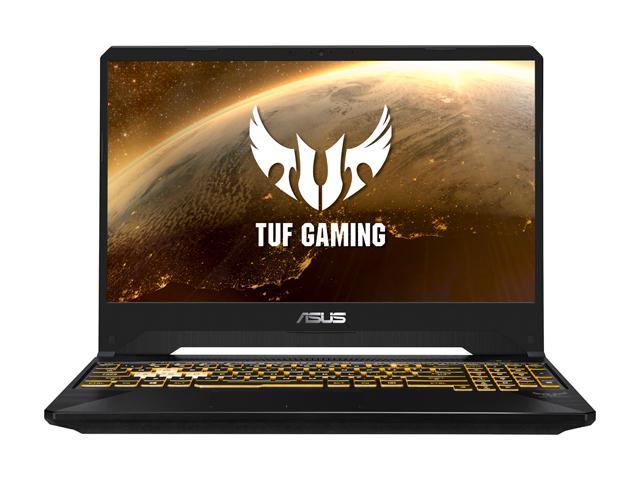 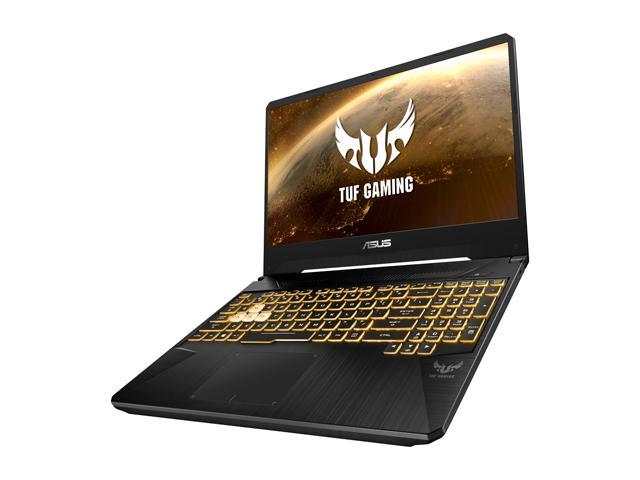 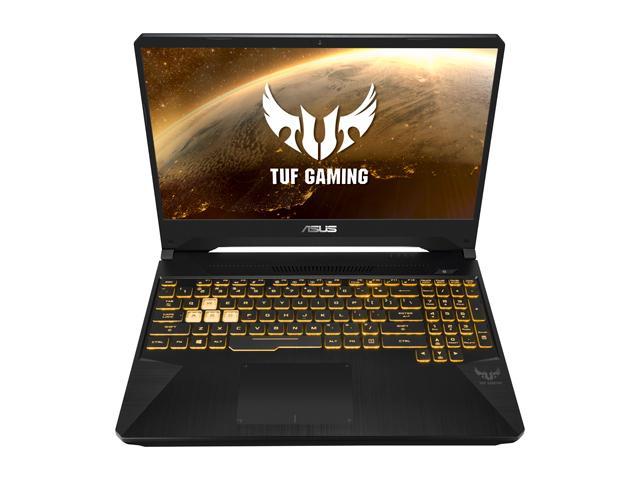 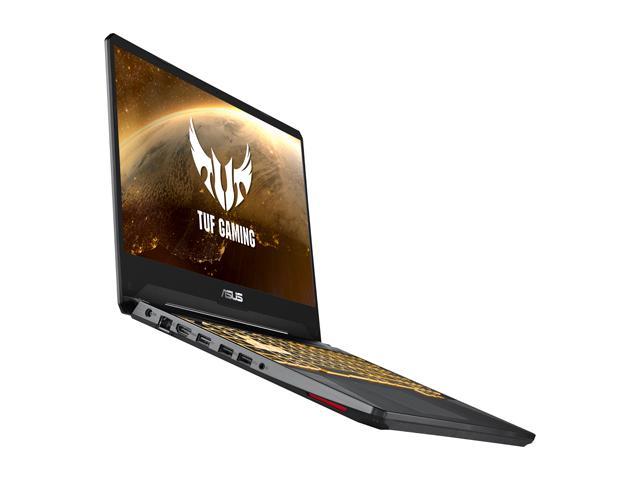 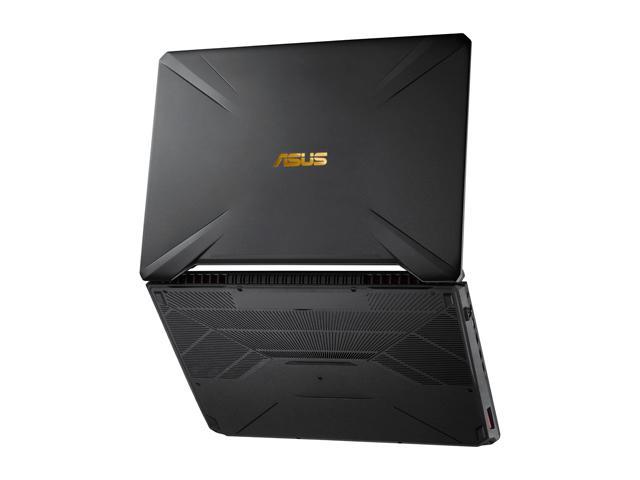 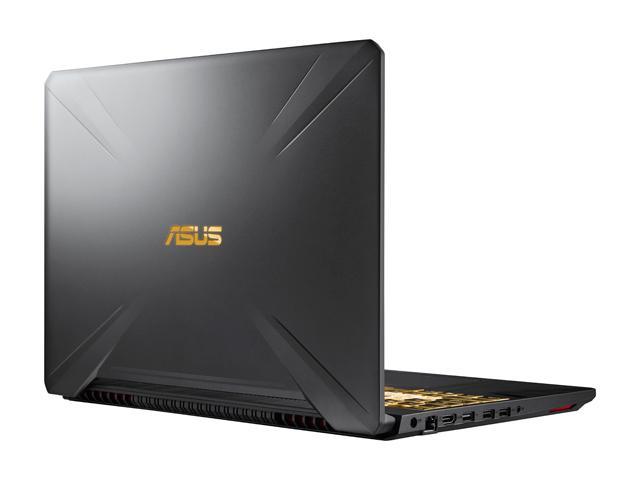 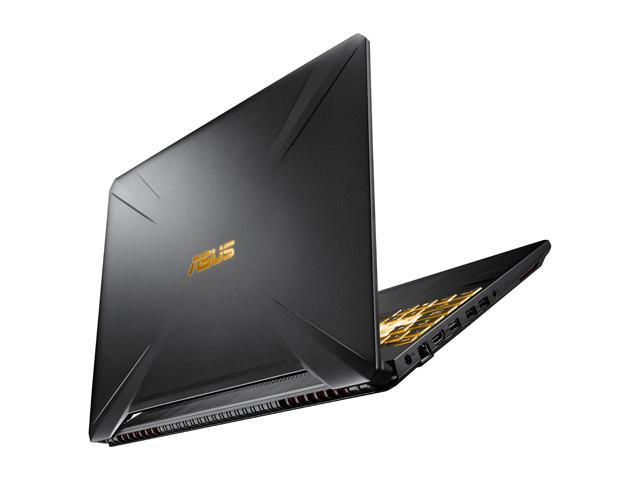 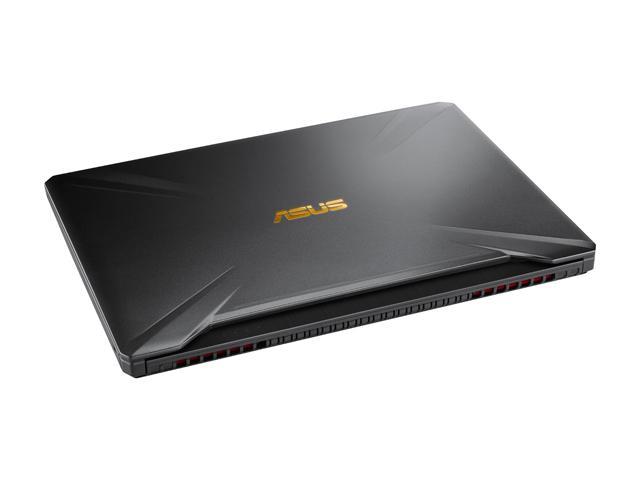 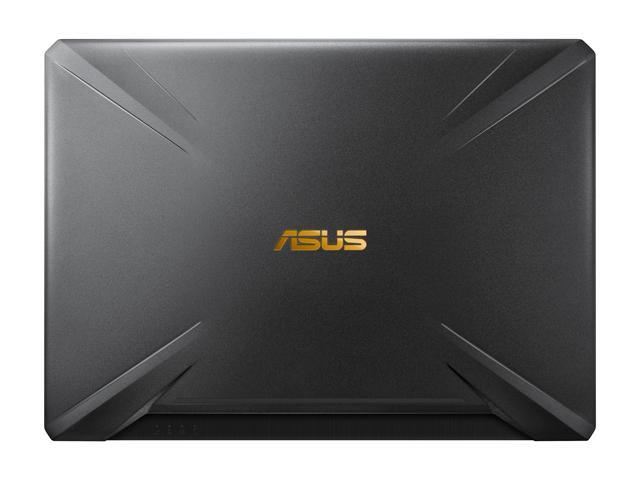 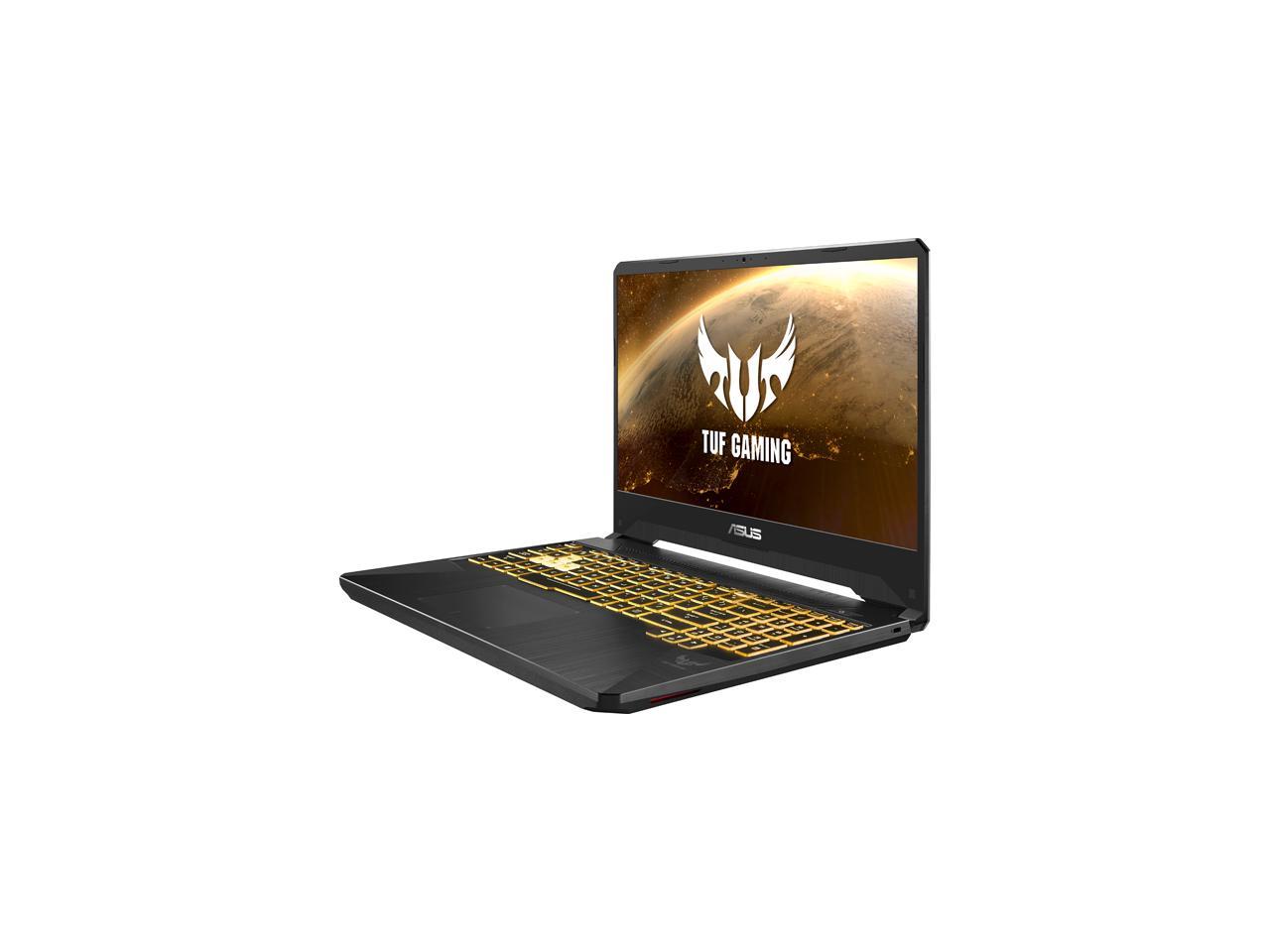 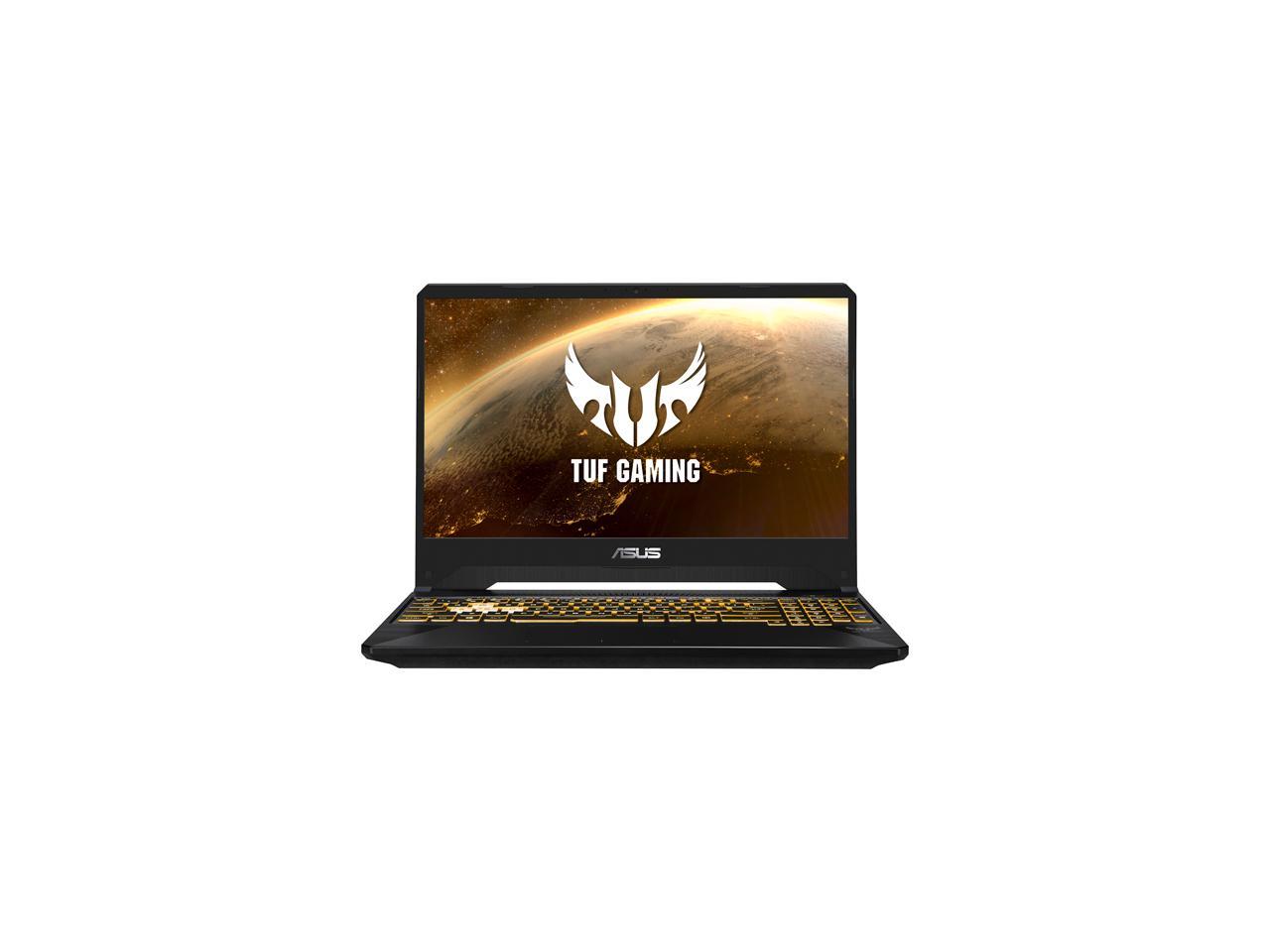 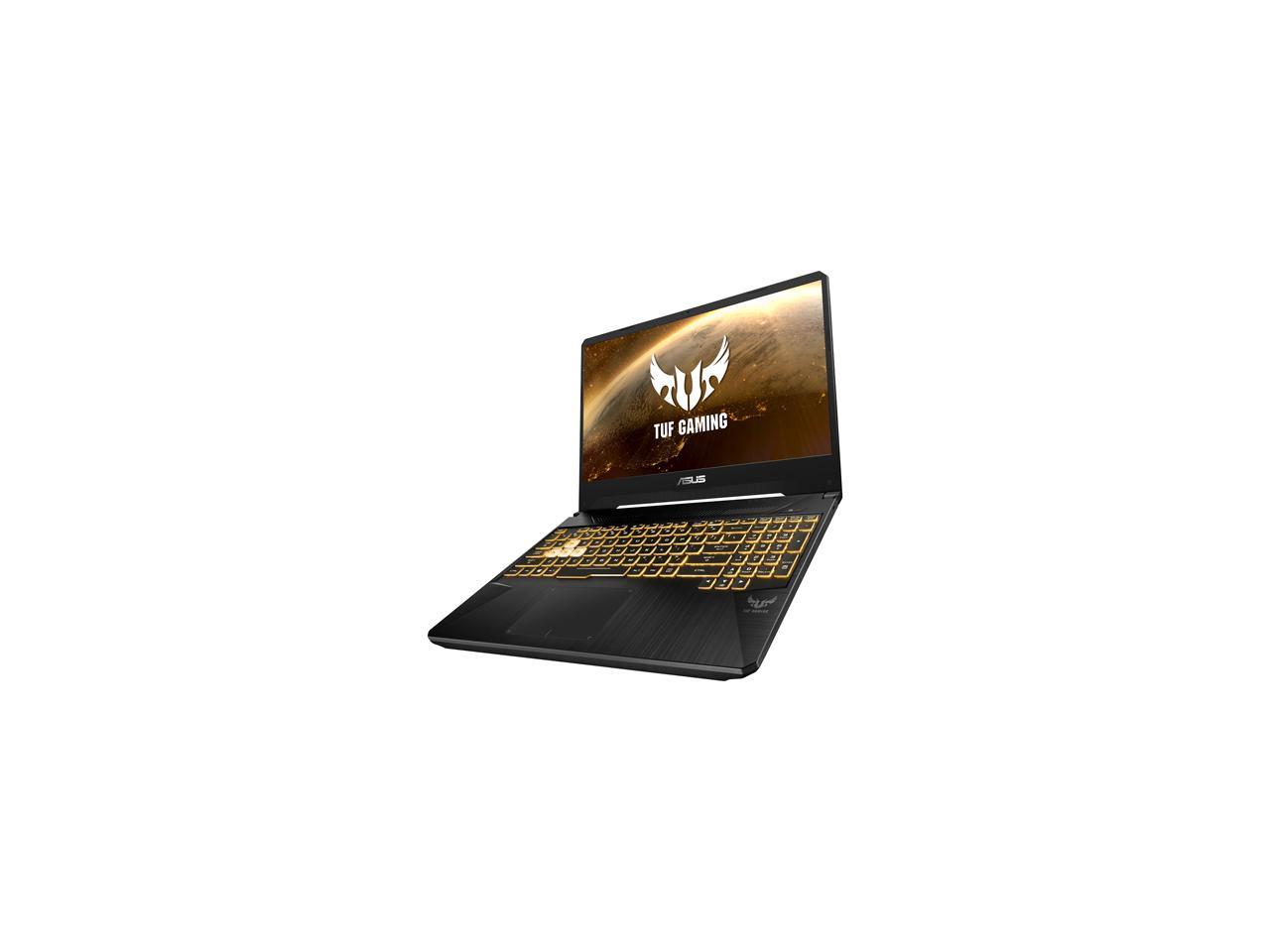 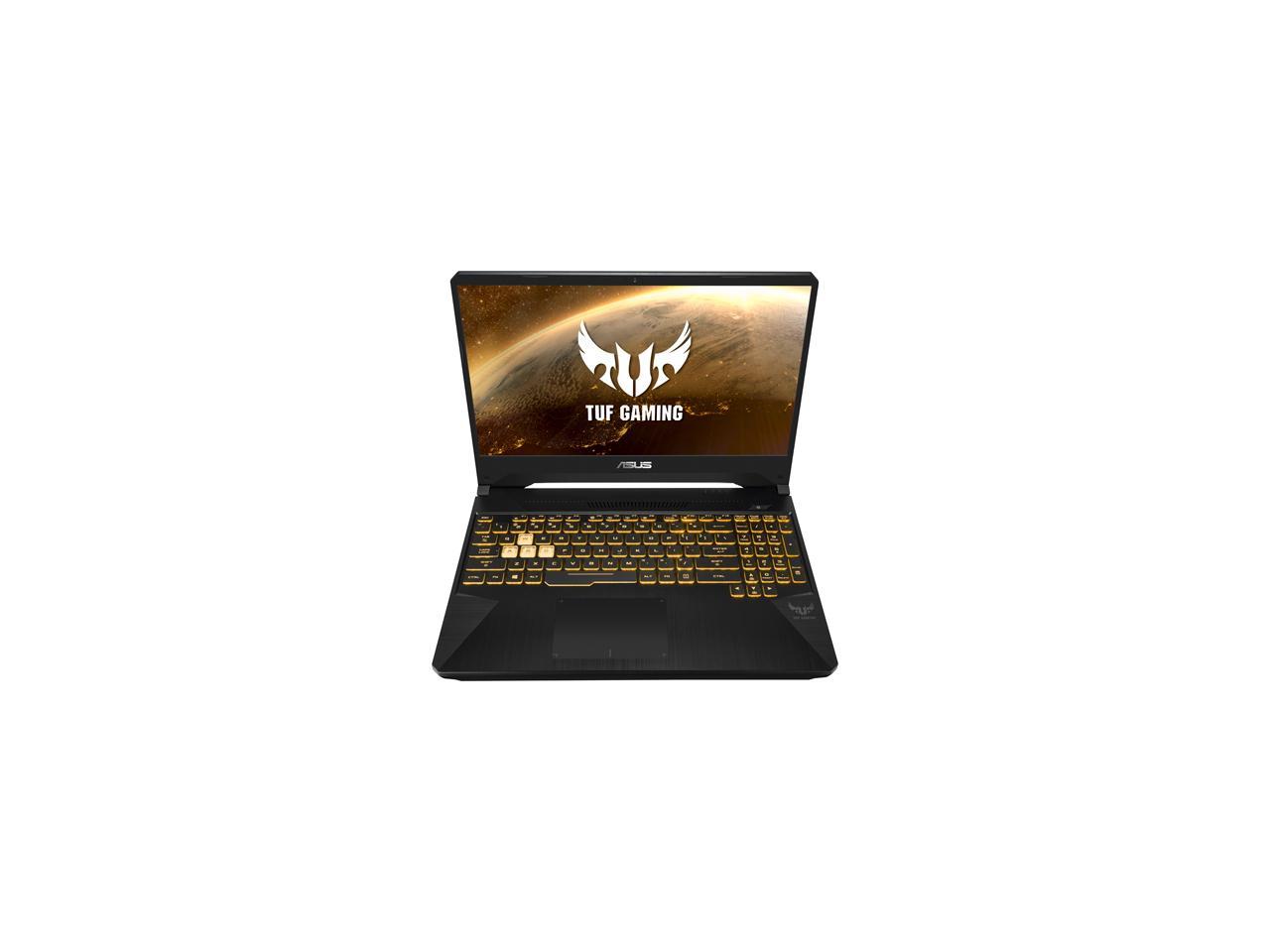 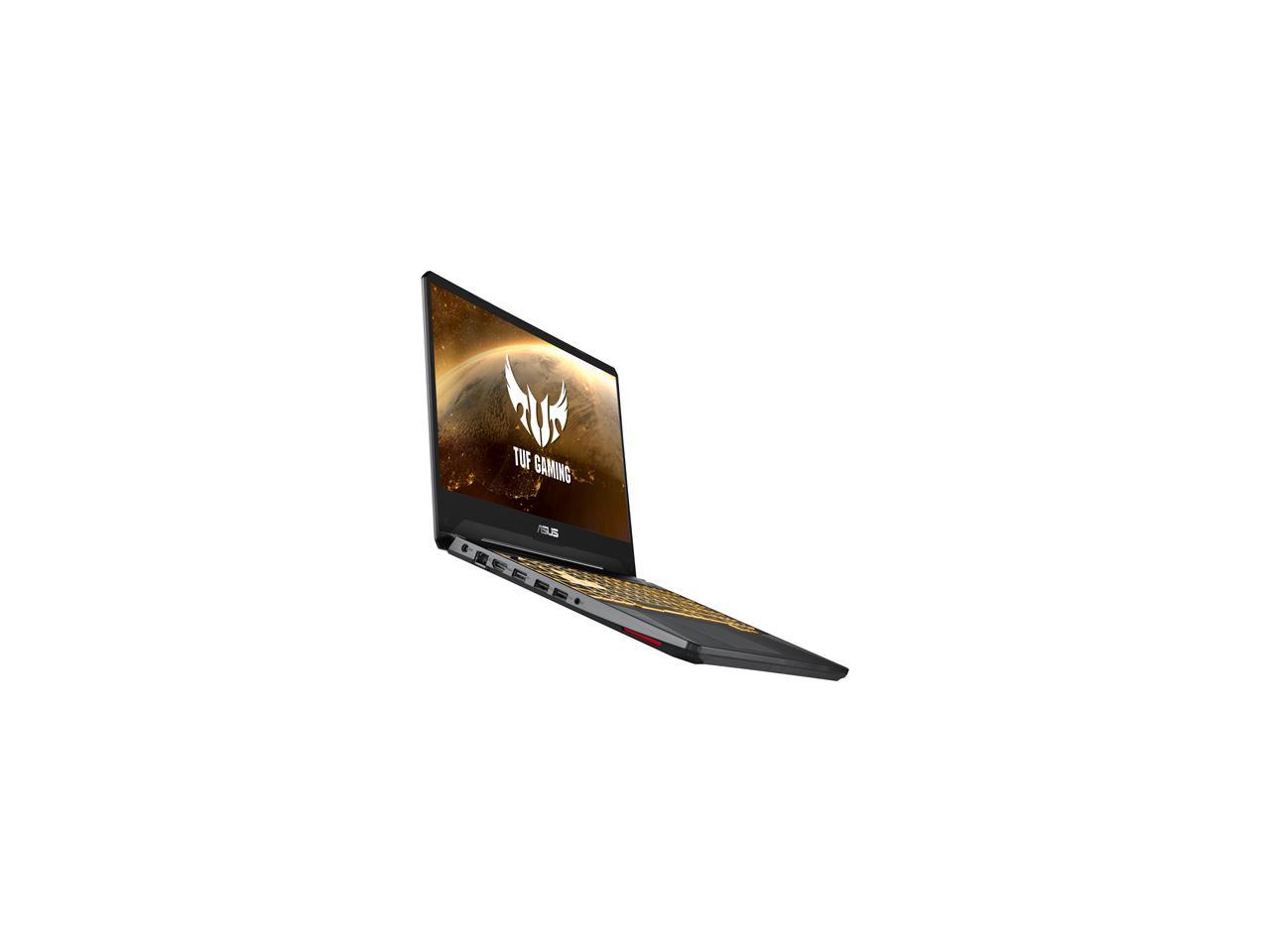 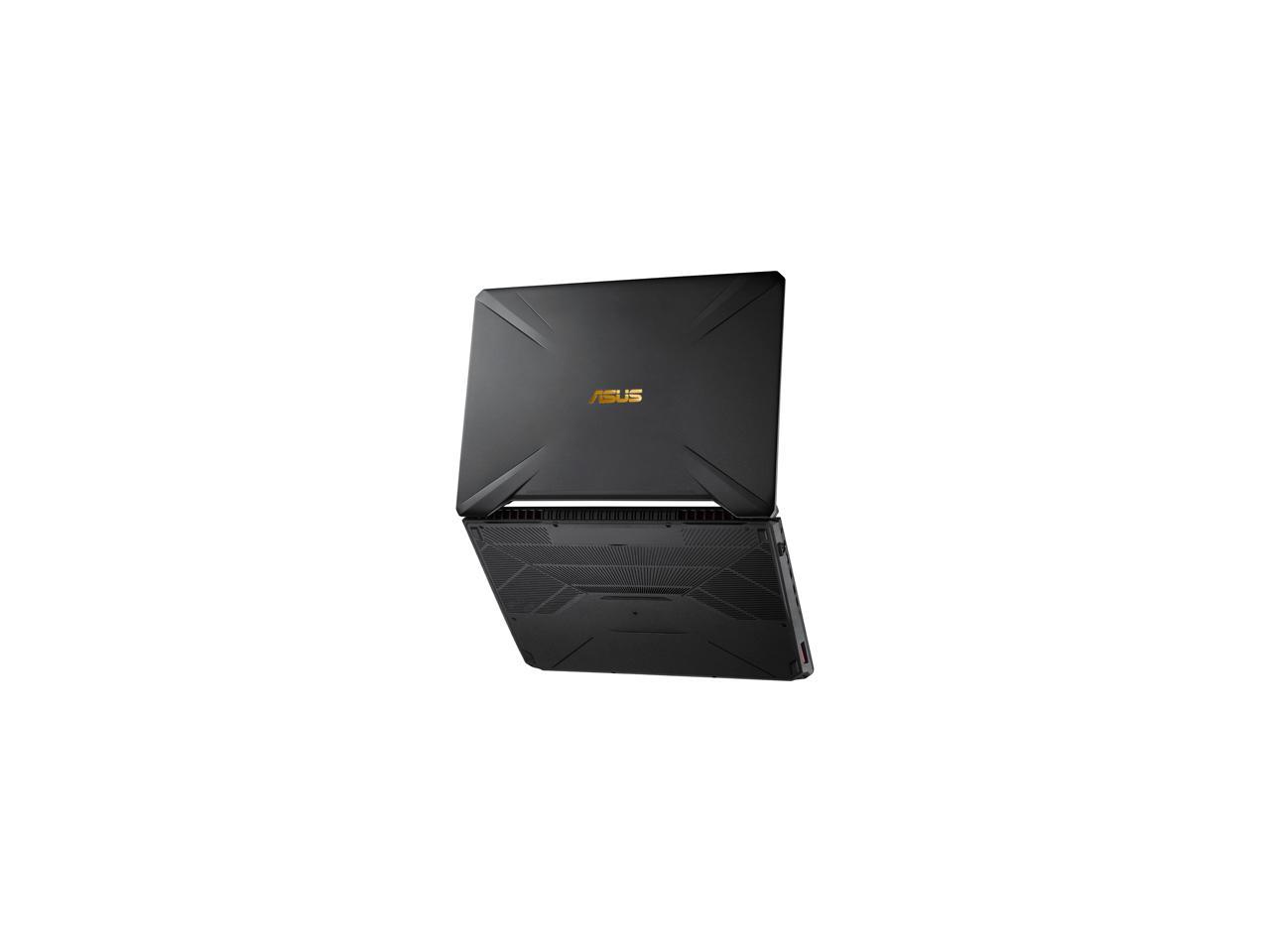 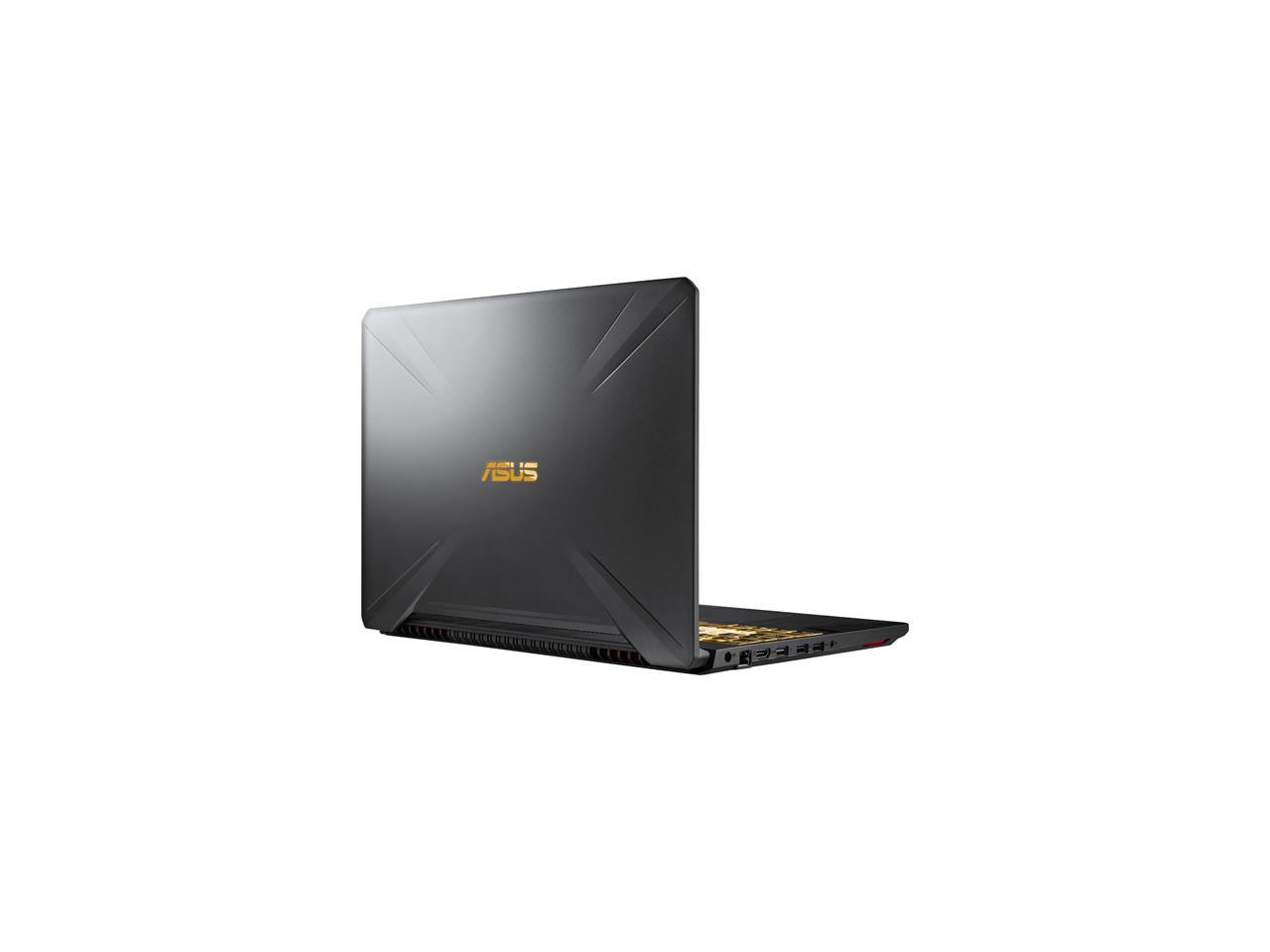 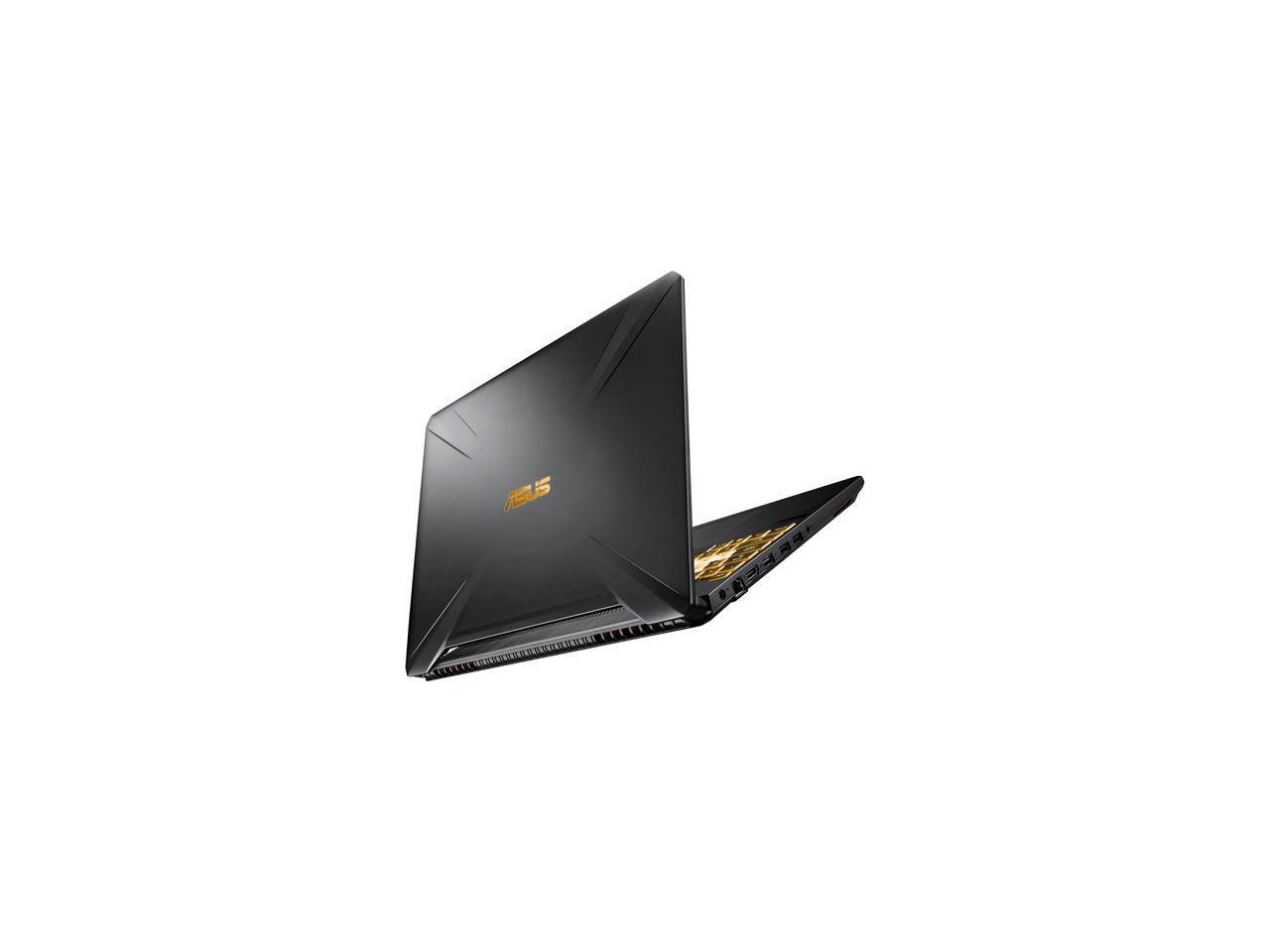 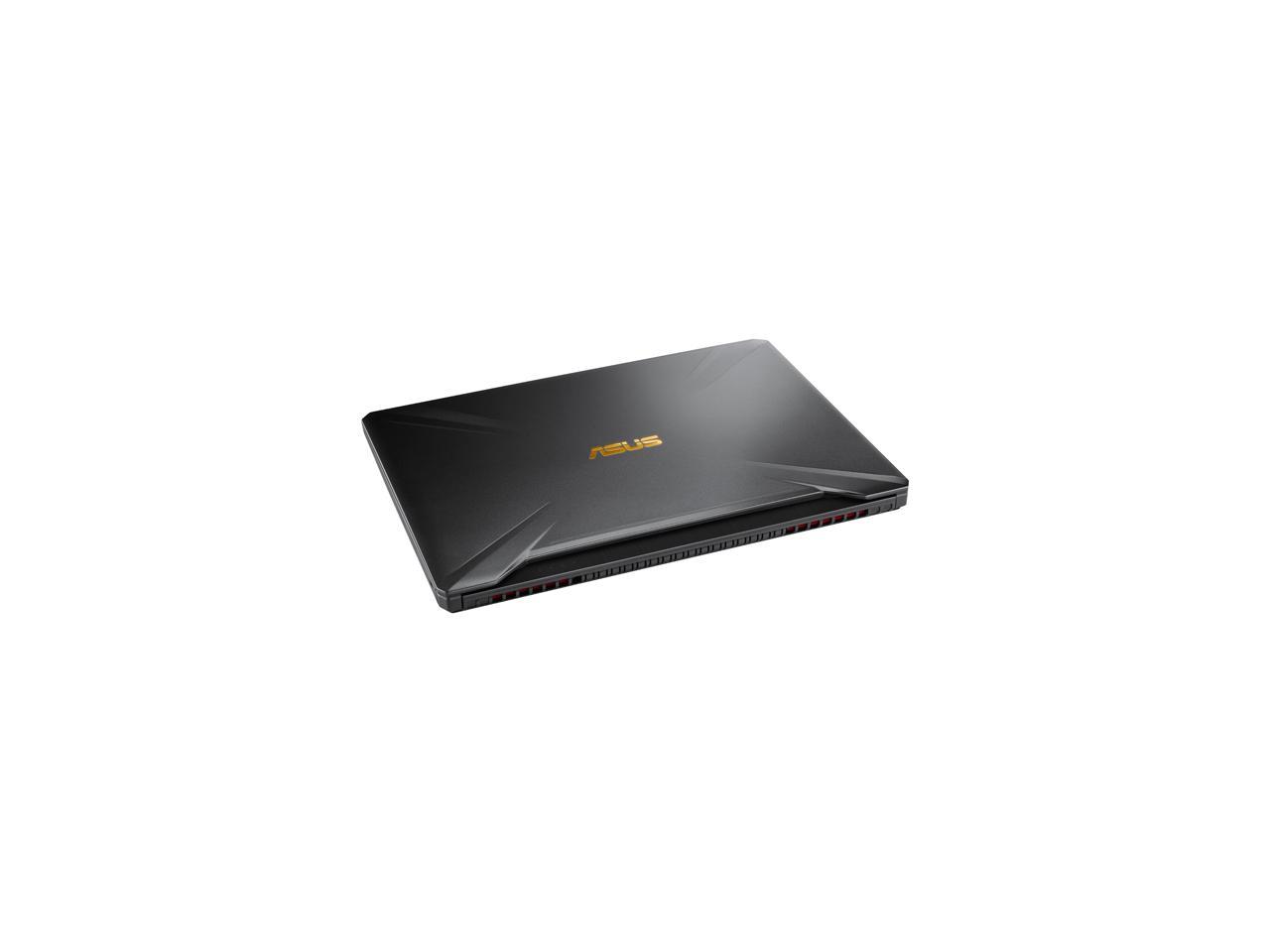 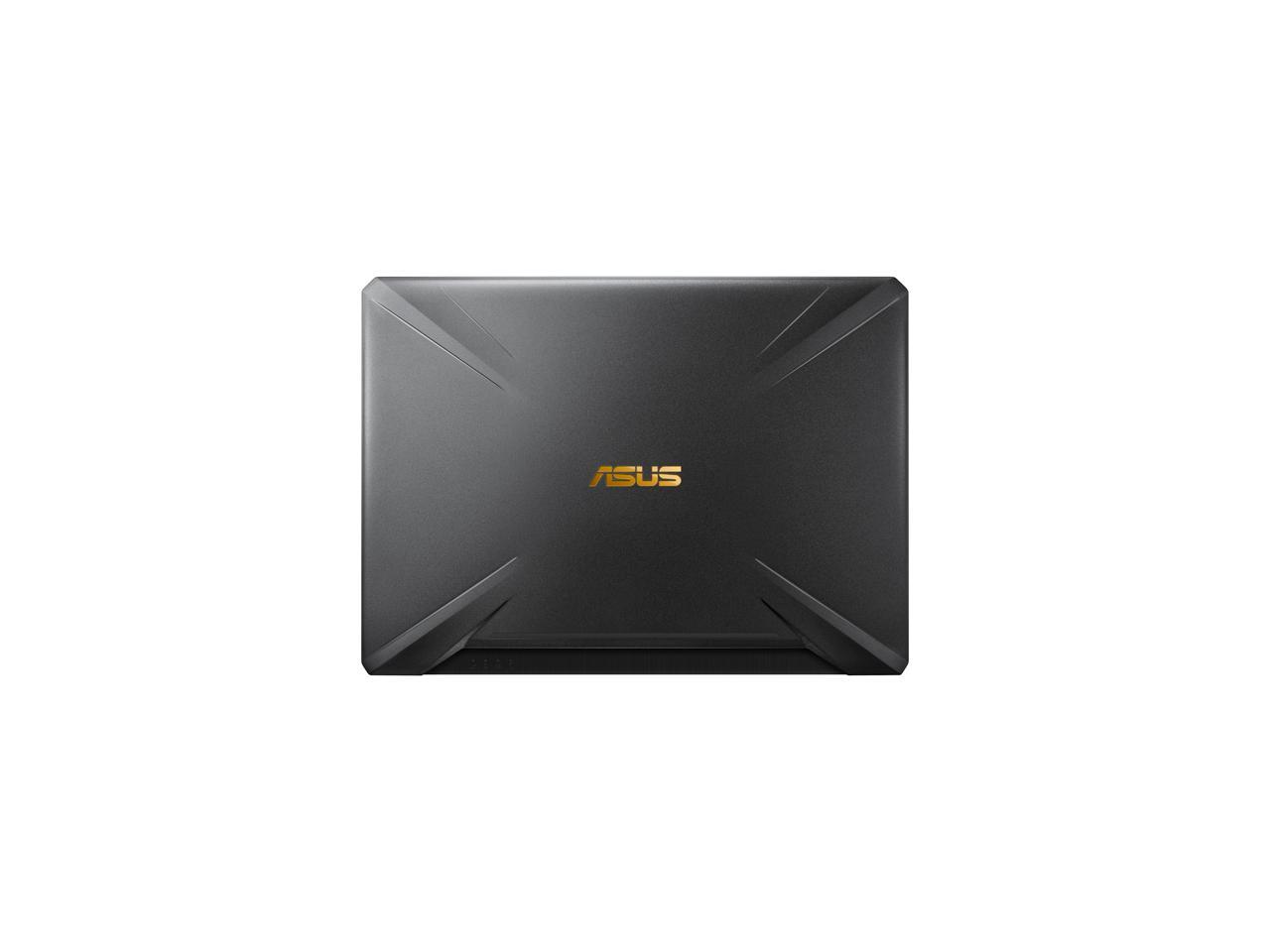 Learn more about the ASUS TUF505GT-AH73

Overall Review: I highly recommend this laptop for work, play, gaming. I would sell it with 16GB Dual Channel Ram for Maximum Performance If you are looking for a new laptop that is future proof and amazing this it it!!!

Pros: Very crisp display. Very vivid colors. Very quiet until I fire up a heavy workload, then I can hear the fans kick in. Nothing the volume control cannot overcome. Size and weight are perfect. Color changing keyboard is a new thing for me. Seems fun so far.

Cons: Wish there was at least 1 USB port on the right (or better yet the back) for my external mouse. I prefer a 5 button mouse to a track pad when gaming. Had trouble getting the second memory card to seat properly in the slot. Took a couple tries, but I did get it in. If anyone cares, I went with G.SKILL Ripjaws 2x16GB Model F4-2666C18D-32GRS. I really like the size of the keys, but the arrow keys are in a funny position relative to the number pad. Not much that could have been done about that given the size of the system. I am sure I'll get used to it.

Overall Review: I have only had this for about 14 hours and I am VERY happy so far. I do not yet have info on battery run time under any conditions. I'll try to remember to update my review in a week or two once I have had some time to test that out. I did not notice in the pictures here, the ASDW keys are white while all the rest of the keys are black. That is not good or bad, just a comment. This is my first new computer system in many many years. It is a very good upgrade for me. Still working on getting all my apps and games and their configurations moved over to it. I keep getting distracted by the squirrel. Next up; installing Supreme Commander: Forged Alliance. Need to see how this system performs under load with multiple players and AIs. As unit count grows during a game, the demands on the system increase to the point the game starts to slow down. My old system is only good for at most 4 players and rather low unit count. That does not lend to a very good/challenging game. I am hoping this system can keep up with my friends so I can get back to playing SupCom:FA with them.

Overall Review: ***Please be aware that this is a review being made within 24 hours of receiving my product. I may return after more use to edit or add to my rating info*** Backstory: (Please skip this if you only want my opinions on my current unit. Read on if you want to see where my review comes from) I will begin by saying, I’ve never owned a very stellar laptop before. All the ones I owned previously either had very low specs, or were used before they came to me, thus outdated. I loved them all, but they were largely disappointing with their performance, some even slow out of the box. For the last several years, I have been using an iMac and products from the MacBook line. In July of 2019, I finally saved up and ordered a beefy custom built windows desktop. My first windows desktop since I used to play on the family’s old cube of a computer when I was no older than 10. Just before this, my iMac had been growing slow, and my MacBook’s graphics card (and thus motherboard) kicked the bucket. Review: (Pertains to my actual unit. Not the backstory) It was just recently that I decided ordering a new machine would be a better investment than paying 500 to repair my other. So I looked around, found this, asked some knowledgeable friends, and decided to take the plunge. Straight out of the box, the unit was dead, and wouldn’t turn on, but this was nothing that plugging the charger in didn’t fix. I’ll admit I was mildly concerned for a moment before it turned on. I was happy to discover that the laptop started up quickly after being plugged in, and setup was easy, as to be expected. I began with downloading some of my essentials. All fairly fast, aside from one very large 44GB game. But hey. That’s a big game. The only issue I had was an odd duplication of a program’s processes that caused the program to fail on launch, but this was a simple fix, and I don’t believe it was caused by a fault in the laptop itself. Over all, the computer feels well built. Strong hinge, lovely design, enjoyable typing experience (coming from someone who has just discovered the joy of a mechanical keyboard), and a nice quality weight. I have owned more than 10 laptops in my life, of varying qualities, and I can say this feels sturdier than the majority of them. As for performing functions. It runs my favorite game (Sea of Thieves !) at nearly top settings, which was unexpected given my past with laptops. Everything seems to be running great with no lag or stuttering, even when in a Discord call. Furthermore, the mic, according to my friend in said discord call, isn’t horrible, which is a plus for me. I’ve really only encountered two cons so far. The fan itself is very loud when it kicks up running a game. Of course this isn’t a big deal if you’re wearing headphones or something, but I generally don’t. I imagine it’s just something I’ll need to get used to again. Something that didn’t ever faze me as a kid. The only other thing I noticed was how loose the trackpad buttons feel. Granted, this may not actually be an issue with quality at all. I’m just used to more firm Touch pads with no travel until you actually click, so this was a bit jarring. I tend to use a wireless mouse though, so this isn’t much of a problem for me. I also know some people dislike the lack of USB-C, but this isn’t an issue for me personally, as I have few devices that utilize it. Over all, as of day one, I’m extremely happy with my unit, and I will gladly update this review if anything goes wrong in the future, or if it pleasantly surprises me somehow down the line! Just one more note. I did see a question asking about onboard RGB control. I assure you there IS a tool for it pre installed. But if not, go into the windows store and search “TUF”. It should come up.

Cons: Very few, if any. It’s got some noise, but we’re talking about a pretty powerful laptop for the price range, if it was silent, I’d be concerned. Also, the battery life is pretty weak on anything other than battery saving mode, which won’t let games run on good settings when activated. But I wouldn’t be walking around playing video games anyways.

Overall Review: Runs World of Warcraft(not insane, but mid-tier graphics), on ultra graphics at around 80-90 FPS consistently. This will get the GPU to around 55-65 degrees Celsius range. That’s a pretty reasonable temperature when you consider cost to performance ratio. CPU during heavier use only get up to 60-65 degree range. Again, on turbo mode, it can be noisy.

Overall Review: I purchased this laptop in May. For five months, it was great - fast, responsive, no issues. Turned it off one Saturday night, and when I turned it on the next day the Intel GPU started spiking up to 100% with the most minimal video use. Games I'd been playing for months became unplayable instadeath slideshows. Zoom stopped working. Have spent a week with Asus support and local IT trying to resolve with no end in sight. Today started throwing RAM errors for no reasons. So frustrated. Next step will be to wipe it back to factory settings, which will mean a whole day lost. A five month old machine should not behave this way.

Pros: Great gaming performance ( Upgrade to 16 RAM) 120Hz screen, various types of screen (racing, fps ..) is the best investment for the price paid in purchase with other brands

Overall Review: recommend this laptop for both games and everyday university tasks.

Pros: Best performance for the price at the time

Cons: I was disappointed by the way the trackpad clicked as if it was loose from the inside, ive had 10’s of laptops and this one felt wrong just touching the trackpad

Overall Review: Overall it works very well and a mouse add on will me off the trackpad issue

1 out of 1 people found this review helpful. Did you?
Manufacturer Response:
Dear Osama A, It's regrettable to hear you've encountered touchpad issues with your laptop. ASUS products undergo intensive quality control testing and final inspections for both hardware and software before we release it worldwide. ASUS provides warranty for the unit in order to fix or repair any isolated factory escape defect. If you need any assistance, feel free to contact me at cl-adrian@asus.com, and I will help you to the best of my abilities. I am here to assist our customers with our products and dedicated to bringing a resolution to all issues that they may come across. Your case for reference is 200407951. Thank you for choosing ASUS! Best Regards, Adrian ASUS Customer Loyalty – US Support
Anonymous
Ownership: more than 1 year
Verified Owner
Fan load7/13/2021 2:01:26 PM

Cons: The fan has been extremely load since about 3 months after I got it hooked up and working as my main computer at work.

Overall Review: Yes and no. Hood for price but the fan makes it bad for me

Did you find this review helpful?
Manufacturer Response:
Dear Valued Customer, We certainly understand your disappointment and the inconvenience this may have caused you. Please understand, this is a normal characteristic of a gaming notebook. You can try setting your fans to silent mode via Armory Crate. If you need any assistance, feel free to contact me at cl-adrian@asus.com, and I will help you to the best of my abilities. I am here to assist our customers with our products and dedicated to bringing a resolution to all issues that they may come across. Your case for reference is N2011025915-0002. Thank you for choosing ASUS! Best Regards, Adrian ASUS Customer Loyalty – US Support