Purchases from these Sellers are generally covered under our Newegg Marketplace Guarantee.
957 Ratings (90% Positive)
Sold and shipped by: InBulk ElectronicsContact Seller
Ships from United States.
957 Ratings (90% Positive)
On-Time
Delivery
93.78%
Product
Accuracy
93.78%
Customer Service
Satisfactory
90.36%
View All Seller's Reviews
This item is currently out of stock and it may or may not be restocked.
Out of Stock
Add To Wish ListFound on 1 wish list 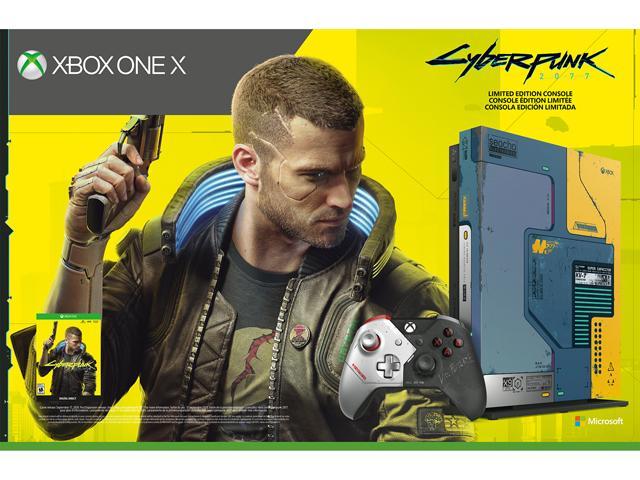 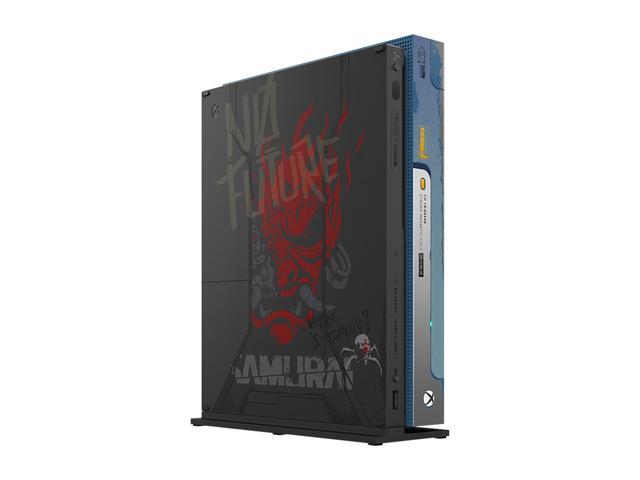 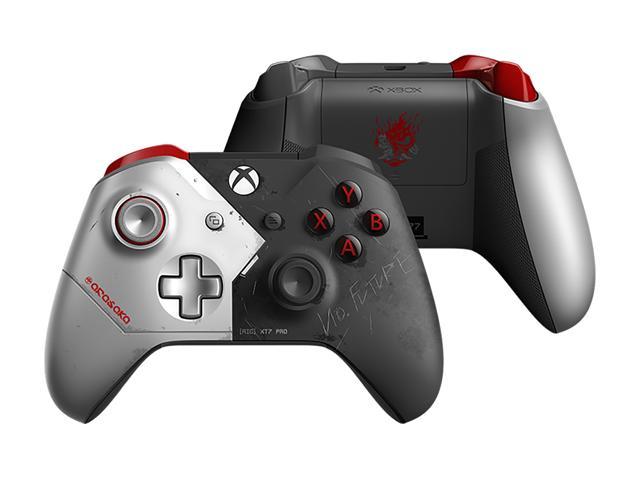 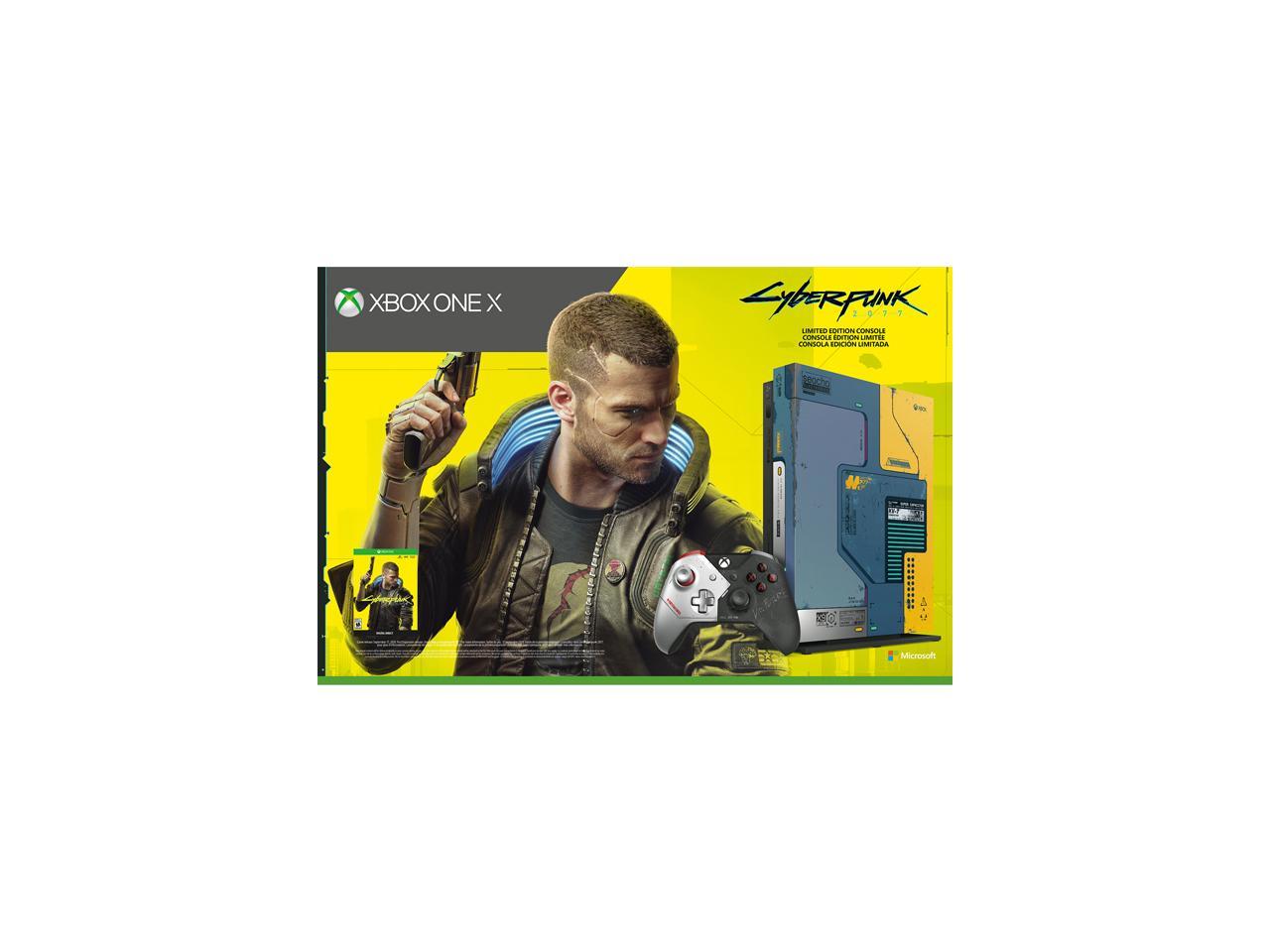 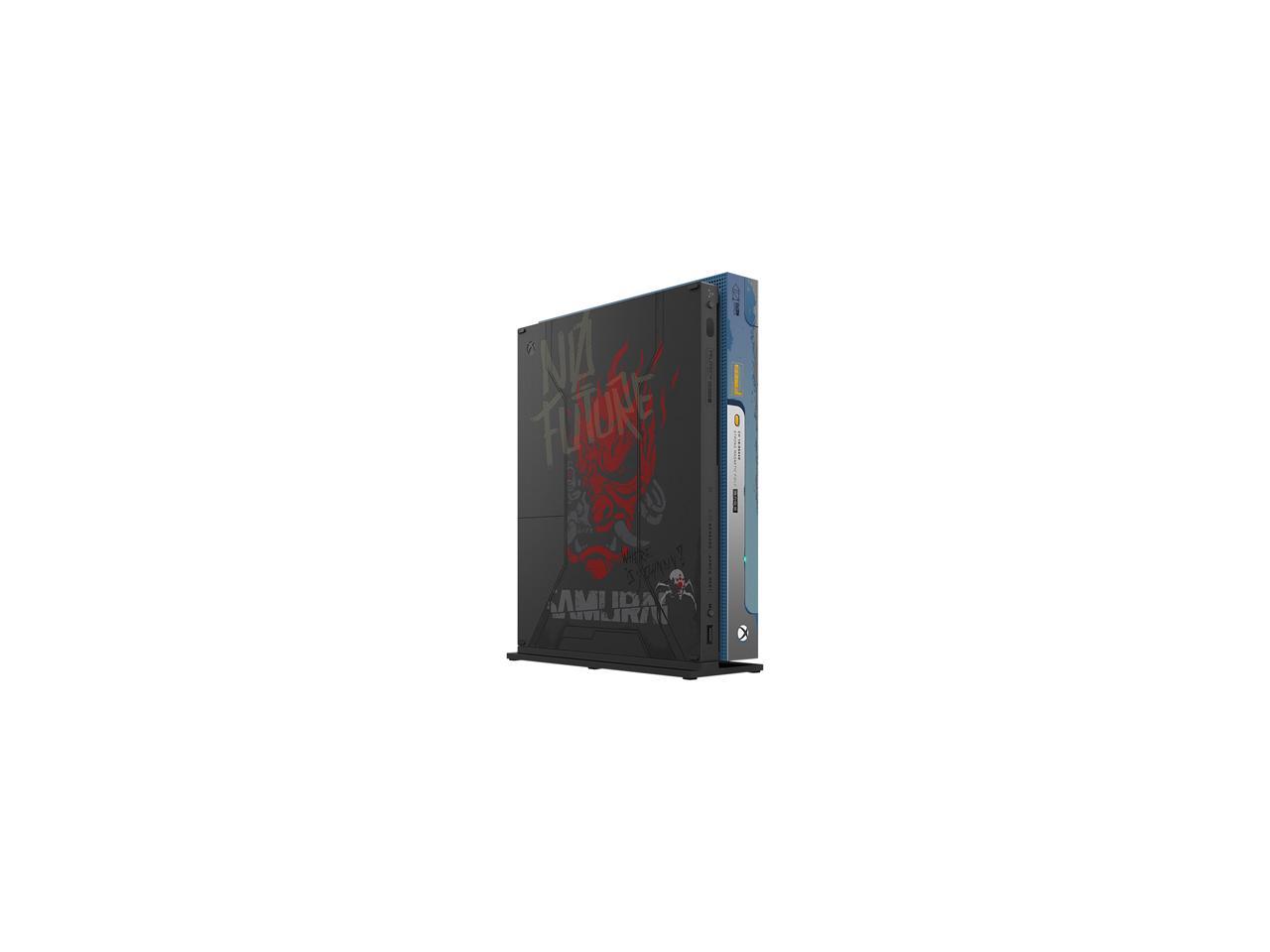 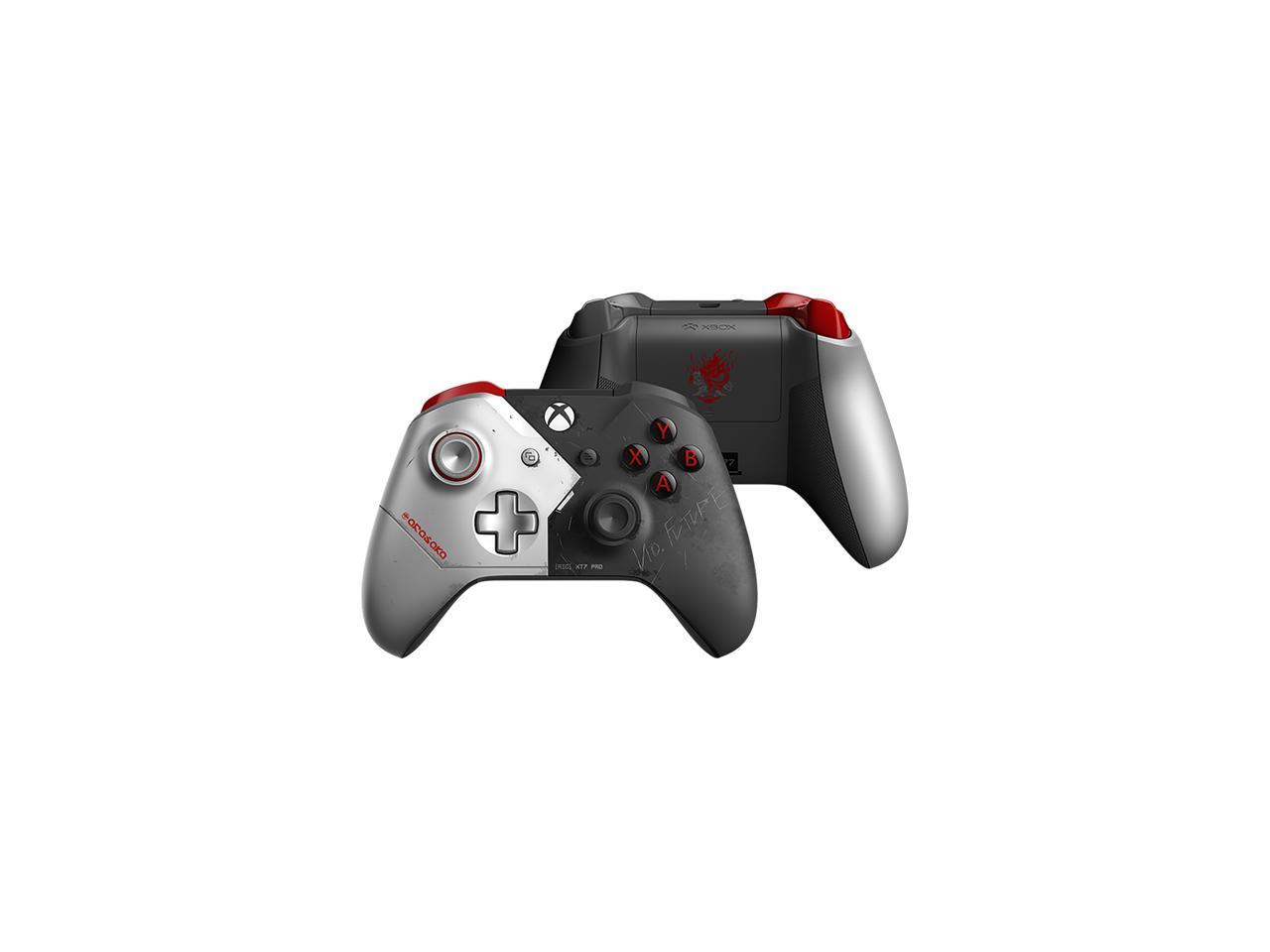 Step into the future on Xbox One X

Step into the shoes of an urban mercenary with a limited edition console that encapsulates the urban decay and vibrant tech of Night City with glowing elements, bright panels, color shift effects, and textures.

The world's most powerful console

Games play better on Xbox One X. With 40% more power than any other console, experience immersive true 4K gaming.

The only console designed to play the best games of the past, present and future

Play over 2,200 games including more than 200 exclusives and over 600 classics from Xbox 360 and Original Xbox. (Games sold separately).

The best in 4K entertainment Play together with friends and discover your next favorite game. Immerse yourself in a deep library of more than 100 high-quality games. Join the greatest community of gamers on the most advanced multiplayer network. (Membership sold separately.)

Enjoy the freedom of Xbox Play Anywhere games on both Xbox One and Windows 10 PC at no additional cost.

Xbox One games and accessories work with Xbox One X.

The Xbox One X Cyberpunk 2077 Limited Edition Bundle and step into the shoes of an urban mercenary equipped with cybernetic enhancements in a massive, ever-evolving open world. Enjoy a full-game digital download of Cyberpunk 2077 (available September 17, 2020), as well as the future first expansion release, on the 1TB limited edition console that uses textures, glowing elements, bright panels, and color shift effects to capture the vibrant grit and technical enhancements of Night City. Get your hands on the Cyberpunk 2077 Limited Edition Wireless Controller featuring a half natural, half cyber-enhancement design and a 1-Month Xbox Game Pass Ultimate trial that includes Xbox Live Gold so you can play console online multiplayer with friends.

Digital Direct: Game and membership are delivered directly to your console during set-up; no codes required. All included digital content will be attached to the first Microsoft Account that redeems it. xbox.com/digitaldirect.

Overall Review: Perfect console at the perfect cost. I was ecstatic to have the opportunity to purchase this console at a great price. Waiting on the game but this limited 2077 is perfect. Nice sleek design that takes you into the future cams with a matching remote and colored HDMI cable!

Cons: - Biggest Product Tease. Game is not out yet and is delayed to Nov. 2020 - Difficult to get for Fans

Overall Review: - I was Lucky to be able to Order it here which was Nice. NewEgg Ships Fast and Packs Product Good. - I would have given it 4 Eggs due to Teasing the Game not even Released Yet, but we are still getting it, and Free with this Bundle. So, 5 Eggs if you have Patience, 4 Eggs if you don’t. - As for me, Overall, 5 Eggs. I would Definitely Recommend! This is the Coolest Design and the Last of this Generation. This would be Great for Game Collectors!