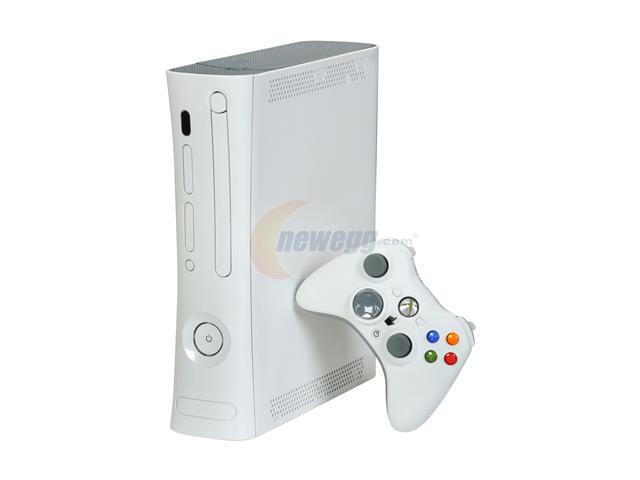 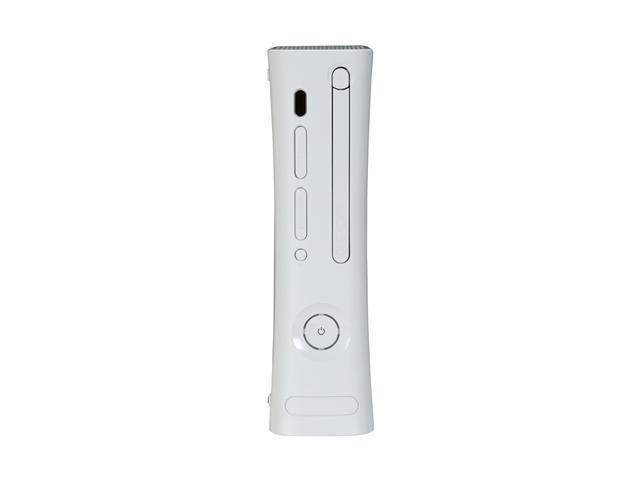 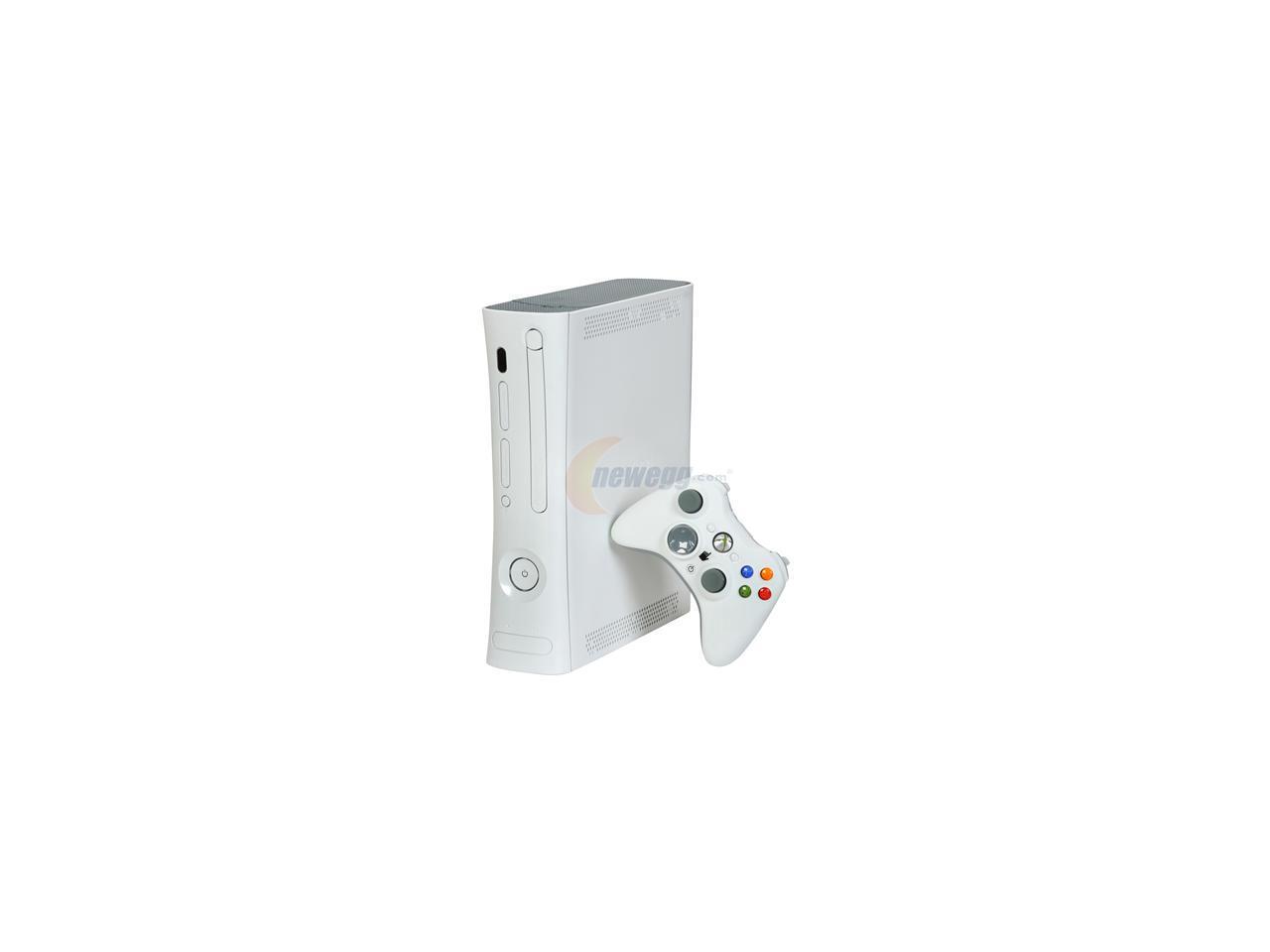 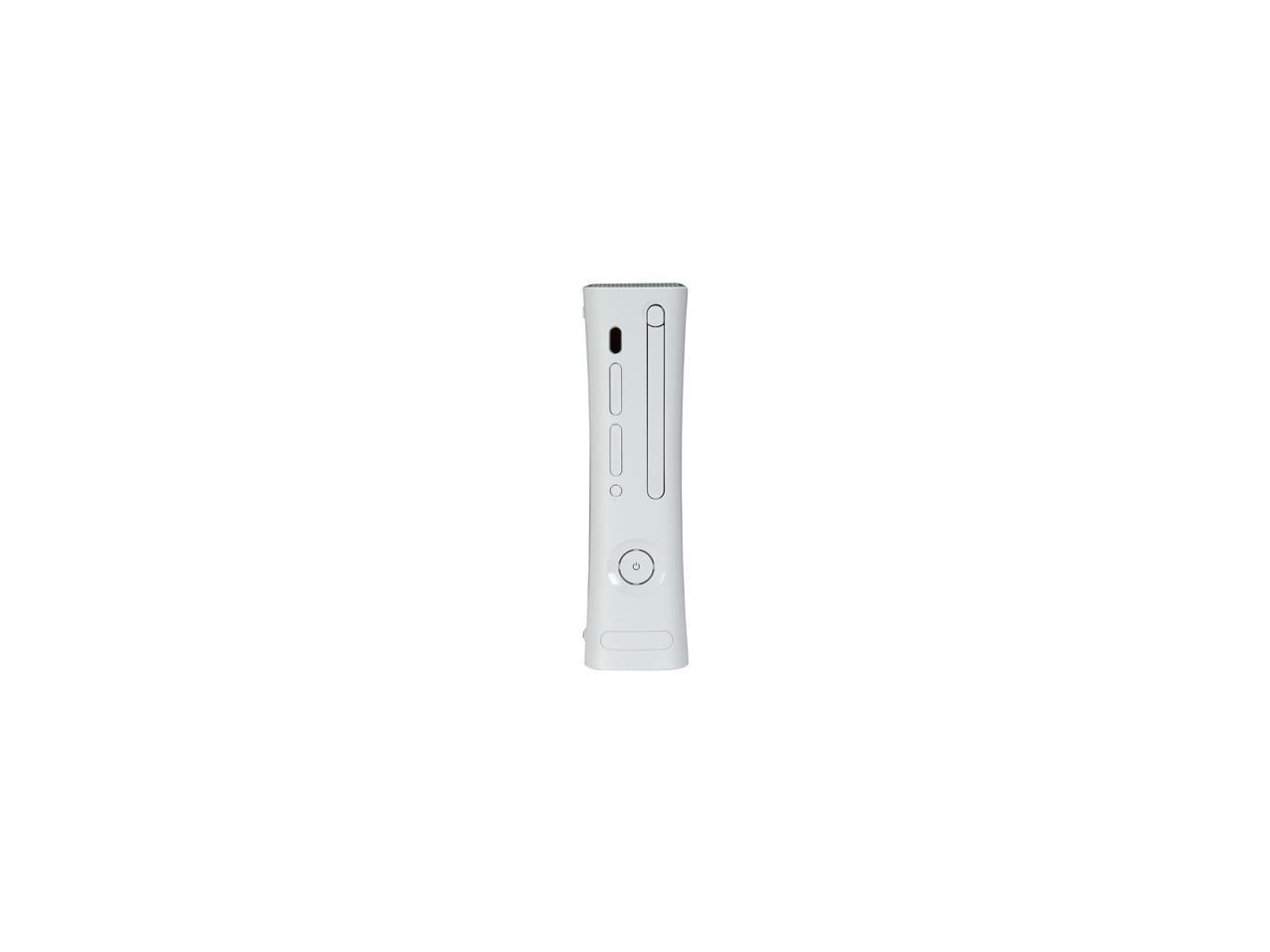 (12) Write a Review
OUT OF STOCK.
Overview
Specs
Reviews
Get games, movies, music, and other downloadable online content via the Xbox Live Marketplace! The Xbox 360 Arcade Holiday Bundle delivers a whole new realm of entertainment possibilities! This package includes a 256 MB hard drive, an HDMI port, a sleek wireless controller, five standard arcade games, Sega Superstars Tennis, and an Xbox Live Silver membership.
Personalize your gaming experience by ripping your CDs to play along with your favorite games. Share photos, video, TV shows, and chat live via the headset. Watch your standard DVDs in almost HD resolution in 16:9 widescreen. Parents will love the Family Settings which allow you to control length of play, game ratings, and online play capabilities.
The Xbox 360 lets you customize your system and your experience to fit your lifestyle. With the industry's highest rated games and virtually unlimited downloads, you can take total control of the world of entertainment!

Overall Review: If you want a Jasper, you should look for the model XGX-00019, which is NewEgg item N82E16868105013. Save yourself the trouble and just order that one instead. They both are the same price and have free shipping. I was able to RMA this one and order the XGX-00019.

Pros: I purchased my first 360 in January of 2006, and upgraded to an Elite in April of 2007, and have gotten more enjoyment out this console than any other in my life. I have an 8 year old, and purchased this arcade system for him for Christmas, and he loves it! He is a big fan of the arcade titles, and he loves playing the NCAA football, Viva Pinata, Guitar Hero, and I will soon be getting him Banjo kazooie to play. Despite a common misconception, the 360 actually has plenty of games for young kids. The 360 will also upscale DVD's to 1080p if it is connected with HD cables (VGA, Component, HDMI), although I think the hard drive may be required to utilize this feature. All in all, you can't beat $200 for a nex gen console with a great selection of games..... newegg has some great prices on their games as well!

Cons: The arcade does not come with a hard drive, so it's not the most practical for those wanting to take advantage of Netflix and down loadable content.... but MS is currently letting arcade users purchase a refurbished 20 GB hard drive for $20. This is well worth it if you want to fully utilize the 360.

Overall Review: I both a PS3 and a 360 myself, and if I had to choose one over the other, I would choose the 360 everyday for game playing. The PS3 is a great console as well, but I mainly use it for Blu Ray. If you are looking for a great console for under $300 and want a very large selection of great games and great features, the 360 is definitely a good choice. The arcade is especially good for those who will not be connecting to Live very much, and for those just looking to play some games in their free time.

Pros: perfect base system nice in 1080p with HDMI port......network card is quick also. just get the linksys wireless gaming adaptor instead of microsofts solution....got a linksys wireless n game adaptor for 69 bucks!!!!! MS sells one for over a hundred and its just a 54mps gimmick

Overall Review: go to the xbox website and get your 20 gig harddrive upgrade and 3 moth subscription to GOLD for only 29 bucks!!!bought this last week and found this out i could get this upgrade on 11-22-2008. so why waste another 100 bucks on the next system up just to get panda and indy...this is a good deal and you can save your money to buy a second controller, remote and extra game like i did for a little bit more.....plus the HD for 29 bucks....SWEET!

Pros: Now with HDMI and runs cooler and hopefully no more RRoD. Also there is a special limited time option to upgrade to a 20gb hdd and get a free 3 month xbox gold live membership for $29.99 over at xbox.com for new xbox 360 Arcade Buyers.

Overall Review: I wish the hdd's we're cheaper and bigger in size. Also wished I had gotten the jasper chip set, cry.

Pros: here is the link to the 20 gig harddrive upgrade and xbox live gold 3 moth subscription (you get a month for free trial by signing up in the first place) for 29 bucks..WHAT A STEAL! http://www.xbox.com/en-US/hardware/hddoffer/default.htm

Cons: No hard drive, lack of hdmi cable (but knew this goin in)

Pros: works fine, plugged in my 360 drive and removed the memory card it came with

Pros: I have been waiting and waiting for an XBOX. for 200 bucks, its a bargain! Get forza 2 for 15 bucks used and you'll be set!

Cons: the console isn't that attractive. I wish I could have the elite for the black color but oh well.