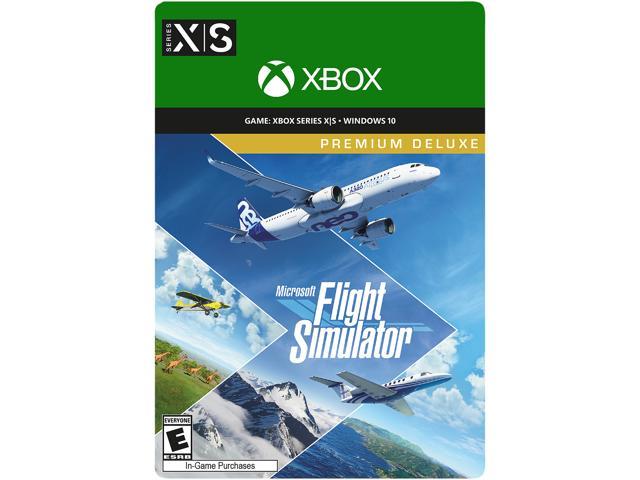 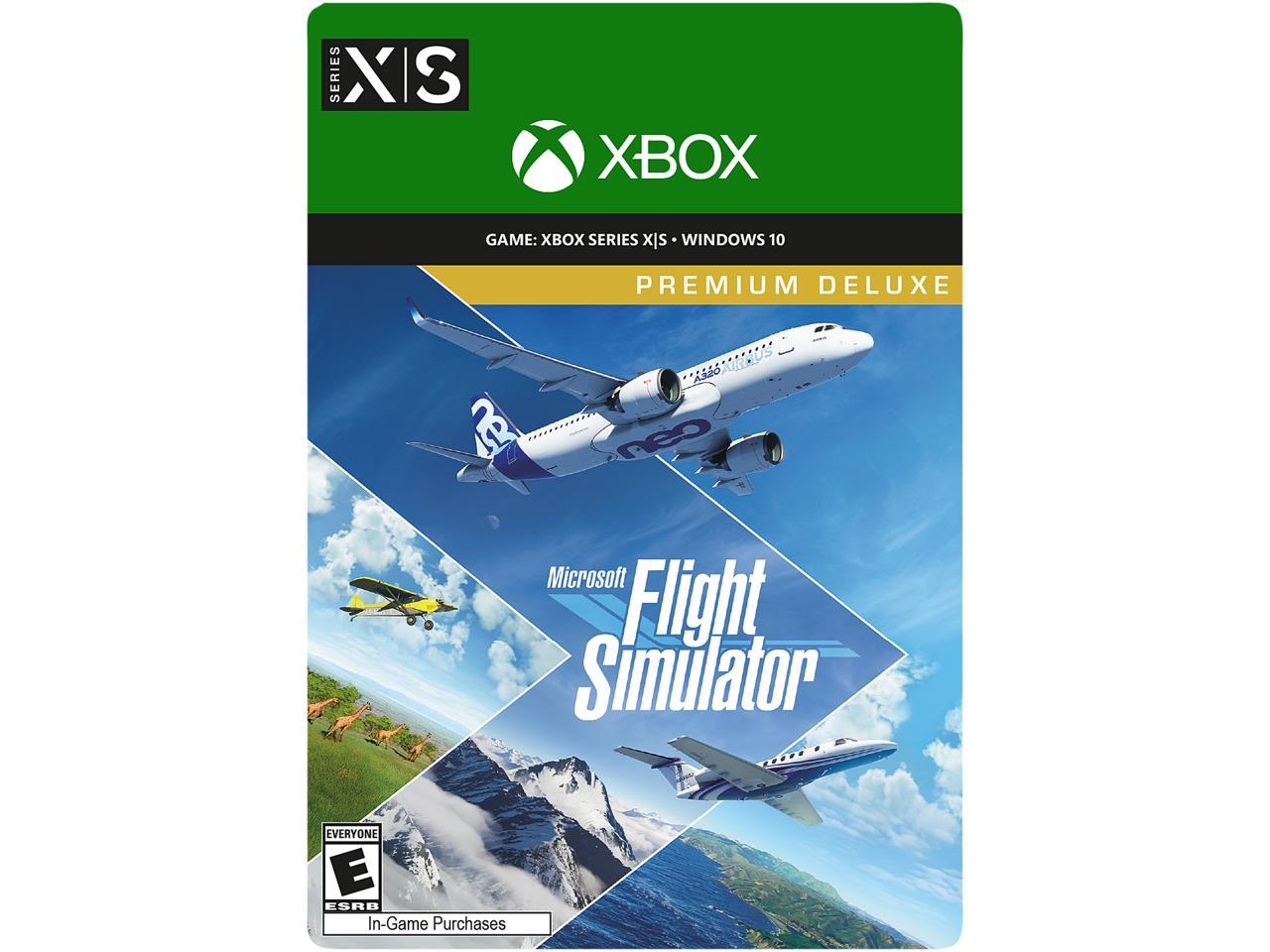 Pros: Code from NewEgg.com worked great. Suggest reading the Download Instructions carefully before beginning the downloaded the program from the Microsoft Store. Graphics are fantastic if you have the computer to match Microsoft's requirements. You can fly from almost any airport in the World. Aircraft exteriors and interiors very realistic. The Premium Deluxe Edition includes about 30 different aircraft. Although this version may not support older controllers out of the box, you can find help on the internet to help you see if your older controller will work after manually programming your controller. I have an old Saitek ST290 Pro Joystick controller which I was able to program the joystick to work with Microsoft Flight Simulator 2020 after searching Google.

Cons: The Premium Deluxe Edition is downloaded in three parts from the Microsoft Store. First, you download the Basic Version, then the Deluxe Edition, and finally, the Premium Deluxe Edition. Although I'm just getting started with using the MFS2020, I've found a few differences between the New and the old Flight Simulator X. There are no Helicopters in this version of MFS3030, which offers a different experience in the program.

Overall Review: Microsoft has designed MFS2020 using the latest in computer technology, so you need to review Microsoft's minimum and recommended system requirements before ordering. You might need to consider upgrading or replacing your older computer system if you want this program to run. The real-world mapping uses Bing Maps to let you really appreciate the world while flying almost anywhere. I've flown near Devil's Tower National Monument in Wyoming, Over Boulder Dam on the Nevada/Arizona border, and around San Francisco, California. AT&T Ball Park, home of the San Francisco Giants, looks like you are there when making a low pass over the Stadium. I own the previous Microsoft Flight Simulator X Deluxe Edition and installed it on my new computer prior to getting and installing MFS2020, and have had fun running some of the old challenges Microsoft added for the Deluxe version. The older version has Helicopters, which I was surprised to learn, the new Flight Sim 2020 does not. I don't know why. And for some reason, you can not make a low pass under the Golden Gate or Bay Bridge in MFS2020. A Text Box pops up and says something about exceeding the 20 knot speed limit. I have flown Boeing 747s under both bridges in the older FS-X with no problems. And just for fun, you should try taking off from the Airport on Catalina Island in a Boeing 747, or any other large jet. The airport is not designed for large aircraft, but with a little practice, and using up every inch of mountain top, it can be done. I've also successfully taken off in a B-36 Peacekeeper Bomber I downloaded from the internet a long time ago in my FS-X Deluxe. I've tried the Boeing 747 out of Catalina with the MFS2020, but haven't quite mastered the take off yet. I am not a pilot, but I love flying around different places, trying to do the impossible once in a while. Anyway, if you like Microsoft's earlier versions of Flight Simulator over the years, I think you'll like this one. It will require a decent Internet Speed to keep up with the mapping and real-world weather, if you chose to use that in your flying. I really enjoy it.

Pros: It's up and running. There is a lot to learn when switching from P3D v4.5 but I have it pretty much under control now.

Cons: The only Con I will mention is with the simulator itself. It is basically still under construction and needs some better aircraft and a few other things that were nice in P3D like being able to change the weather in saved flights, etc. The purchase experience at Newegg was outstanding though.

Overall Review: I would recommend this simulator to anyone interested in flying aircraft.

Pros: Very realistic. I enjoyed the training flights, now on to the bigger planes!!

Overall Review: I would recommend this to anyone wanting to learn what it's like to fly a plane.

Pros: Game is beautiful and a huge step-up from the previous iteration.

Cons: Some of the menus are a bit clunky.

Overall Review: Didn't really care for the multiple different steps you have to go through to redeem the game to a MS account. I feel like they could streamline this a bit more. Be aware that older computers will struggle with this game.

Cons: Support for multiple monitors is poor. Doesn’t recognize peripherals such as flight yoke and others without additional software. Costs additional for add on aircraft and airports.

Overall Review: I would recommend just be aware of the cons.

Cons: I got to Microsoft Store and entered my 25 character key but NO prompts! Went to second choice to 'redeem by browser' and was told the key was already redeemed!! Called Newegg for help and was told " that was just the way it is." Thanks for your NON-support!

Overall Review: After 20+ years, this will be my last purchase.

Cons: Product we paid for is not what we received.....and so far cannot get the correct one

Overall Review: We are having issues with the version of game we received. I gave my grandson the “ premium deluxe” version for the flight simulator game and we have still not been able to access all the different flights we should be able to get. I have spoke with customer service 4 times and we still don’t have a solution. Yesterday we were told we need to screen shot something and send that in. So we still don’t have what we paid for and the hassle is ridiculous. Not sure why they cannot give use a different code to try instead of us doing all the work. I have also tried contacting Microsoft and that’s a joke, has been nothing but a hassle.

Pros: Looks like a real plane. Graphics are amazing.

Cons: It has a huge learning curve. I had to search the web on how to get it going. Took forever to download and is slow to start up.

Overall Review: You really have to want to learn to fly to use this program.