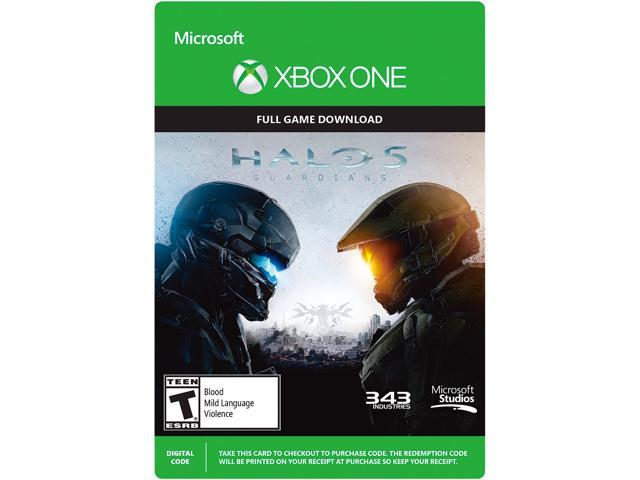 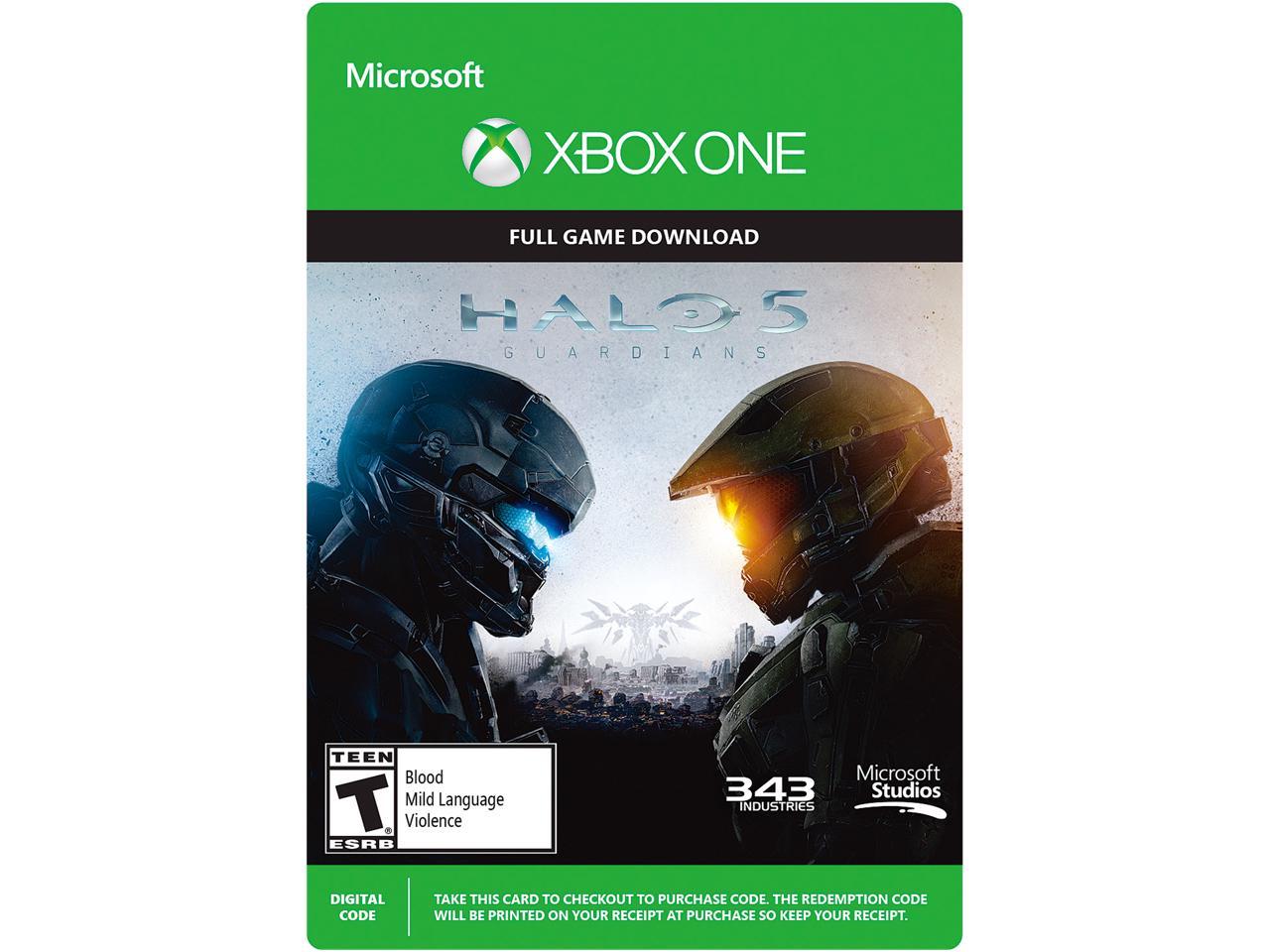 (3) Write a Review
See more "xbox one games"
In stock. Limit 3 per customer.
Ships from United States.
The Digital Download Disclaimer applies to this product. Please note that this product is non-returnable and non-refundable.
View Boxed Version
Overview
Specs
Reviews

A mysterious and unstoppable force threatens the galaxy, the Master Chief is missing and his loyalty questioned. Experience the most dramatic Halo story to date in a 4-player cooperative epic that spans three worlds. Challenge friends and rivals in new multiplayer modes: Warzone, massive 24-player battles, and Arena, pure 4-vs-4 competitive combat. BETTER WITH GOLD
Evolve your experience with Xbox Live Gold and Halo 5: Guardians, the greatest evolution in the epic sci-fi series GEAR UP FOR WARZONE AND ARENA MULTIPLAYER WITH THE WARZONE REQ BUNDLE!

The new REQ System provides players with an unprecedented amount of choice and strategy. Experience multiplayer with the Warzone REQ Bundle, 14 Premium REQ Packs. Amongst the highest-valued REQ Packs in the system, the bundle delivers randomized content in the form of unlockable weapons, armors, vehicles, and more. These packs provide a greater chance at unlocking some of the rarest REQ Cards available including Mythics - legendary items so rare, so storied, and so powerful that they can change the course of entire battles. Get ready for the next evolution of Halo combat with the Warzone REQ Bundle! HALO: THE FALL OF REACH – ANIMATED SERIES
Experience the origins of the Master Chief and Blue Team in the animated adaptation of the novel, Halo: The Fall of Reach.

Explore the drama, intrigue and sacrifice behind the SPARTAN program and discover the origins of Master Chief, and the legendary Blue Team - once children, ripped from their parents' arms and conscripted into the most controversial military program of the 26th century. And see how their sacrifice formed a fighting force that would eventually save mankind from utter annihilation when first contact is made with The Covenant, a terrifying and murderous alliance of alien species. Pros: Get it. Campaign is beyond awesome.

Cons: Multiplayer is hard to get used to at first. I highly recommend playing through the campaign first before multiplayer because it gives you a better handle on the game play.

Overall Review: Get it

Cons: No SPLITSCREEN, be aware. I bought this came home to play with my bud that i never get to see only to realize we couldnt play together.....

Overall Review: Biggest let down ever. I bought the Xbox Day One waiting for this game... sigh