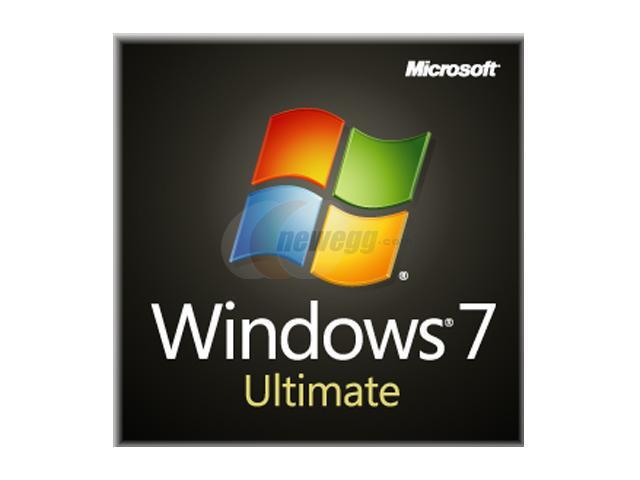 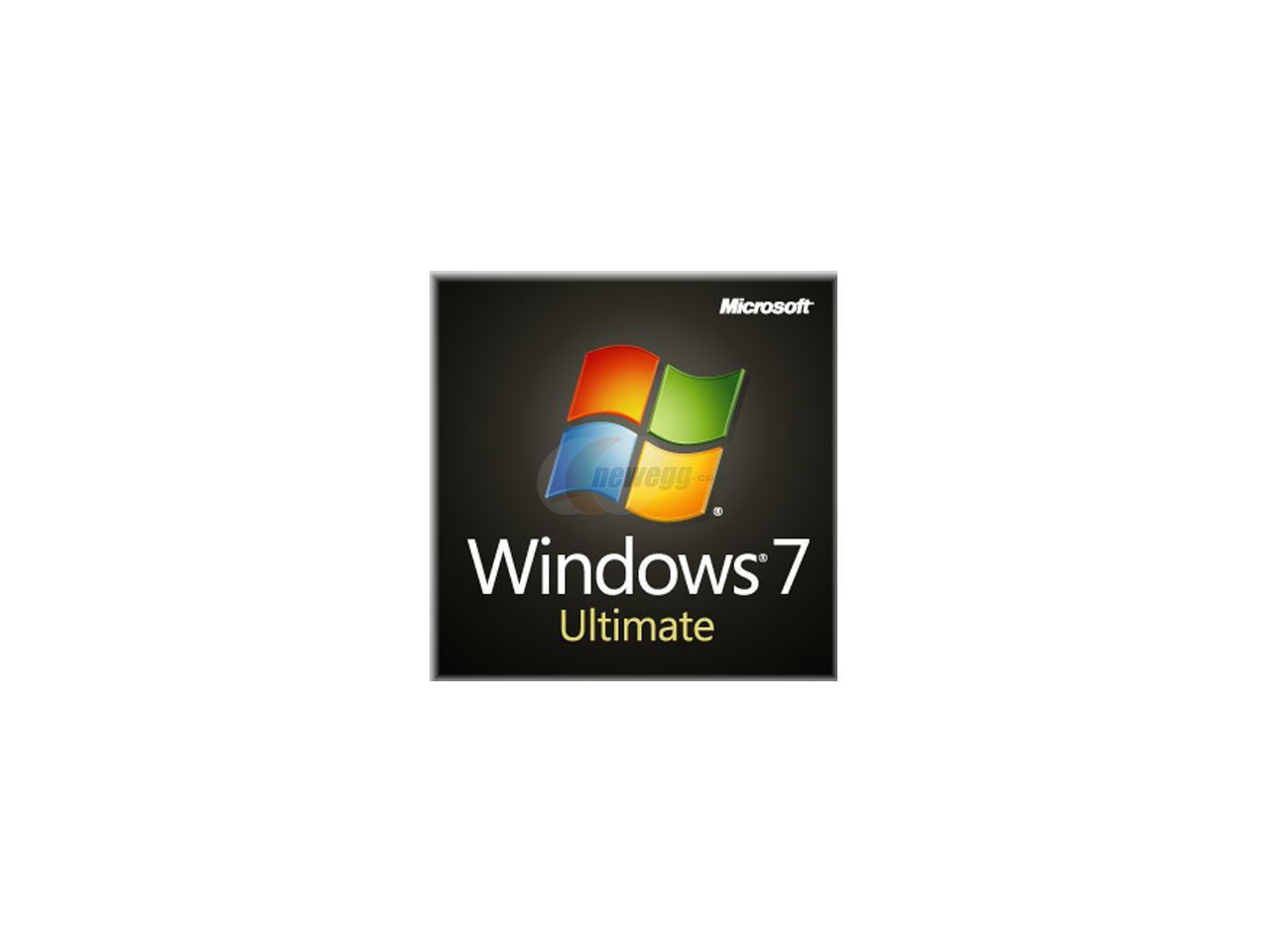 (110) Write a Review
OUT OF STOCK.
Overview
Specs
Reviews

Nicholas A.
Ownership: more than 1 year

Pros: This version of Windows is by far the best appearance of any OS in Windows 7. This version has some of the most advanced tools and eliminates the need for third party MemCheck software. This OS has the most advanced backup software right inside the control panel. The 64 bit works great with the SSD and the multiple drives.

Pros: I manage tech for a business, and I've worked with every version of Windows since 95. 7 is really what I believe to be the culmination of the whole Windows idea. Like many have said, this really is 'like Vista, only they got it right this time'. Windows 7 is great. The user interface has been brought up to date with the likes of Mac OSX and some of the slicker open-source desktops in both sleekness and usability. It performs beautifully, and this 64-bit version on any 64-bit processor with decent RAM flies along! I run this on an AMD dual core with 4gb of RAM, and I have been impressed with the performance, especially with multiple applications open. The install is the quickest and most painless to date. Networking is such a pleasure in 7 coming from XP that I want to cry tears of joy. I currently believe Windows 7 to be a best-in-show consumer-level desktop OS. No other can compete with its ease of use, slickness, broad compatibility and performance. OSX should be worried.

Cons: Anyone who went with Vista may feel ripped off by this release - it's basically Vista with most of the annoyances removed. This is more of a con for Microsoft and Vista than it is for Windows 7, and you could say Vista served as a massive beta test for 7, which really shows some polish. One main con I can see with 7 is with the licensing - they've gotten tighter and tighter about it. Don't be surprised if you end up going through some tomfoolery with your license key, and you may end up having to deal with customer service for things that could have been easily avoided. They're protecting themselves from piracy, but it's gotten pretty extreme. I'm apprehensive about having to do things like a clean install on the same machine from the same disc - users may end up getting punished for doing things that are 100% legal under their consumer contract. Oh, and it's still not that secure.

Overall Review: This OS has realized 'plug and play' on an impressive scale. The magnitude of integration they've done with drivers and hardware manufacturers is staggering. Simply staggering. With a working internet connection, there are few devices you'll have to set up yourself - on a different install on my netbook, I did not have to install a single driver. Not a single one. Of course, for little conveniences like using special buttons or for performance-tuning apps that come with your hardware, you'll need to install that stuff yourself. But dealing with hardware has never been this painless.

Pros: The 64 bit application layer runs flawlessly alongside the 32 bit legacy interface. The UAC is not intrusive and its settings are easily changed. Windows 7 recovers from application, driver, and even hardware failures with more dexterity than any version of Windows since 95. I even enjoy the Aero glass interface, included themes, and a few of the gadgets. With an extremely long list of support for current hardware and an ease to installing new hardware (USB 3.0 controllers and SSD installed flawlessly), Windows 7 is more flexible than even the much-fabled Windows 2000 that I loved from so long ago. As a replacement for XP, Windows 7 does its job admirably, performing well in a variety of applications from gaming to operation-intensive media rendering. Whatever problems I ever have to fix are minimal and easily addressed.

Cons: I have still gotten the occasional BSOD, mostly from a combination of PSU/motherboard/ram/videocard problems. Error handling is still not to the point where the problem was easy to diagnose, much less prevent a system crash and address the error in the future. Windows 7 tried and sometimes the driver would recover, but it got less and less likely as the weeks went on.

Overall Review: I've never had a more pleasant Windows experience. Beats the great feelings I had about Mac OS X Leopard or Windows XP by a long shot.

Overall Review: For everyone who is being misled with reviewers stating that Windows 7 Pro & Windows 7 Ultimate being the same as Windows 8. Not true at all. Carefully examine the two OS's. Windows 8 is "pure junk". Windows 7 Pro has the exact start-up screen as Windows Vista. Windows 7 Ultimate has no resemblance to Windows 8. Absolutely none at all. I have computers in my office that run all three of these systems. There's a difference in functionality as there is in daylight to darkness. Don't believe anyone that tells you that they are the same. It simply is not true.

Pros: Very responsive. Little to none program crashes. Recovers quick and painlessly, response time is quick *depending on your computer specs* very easy to use, great short cuts, program support, and software-backing.

Cons: Like all Windows OS tradition, you still get those blue screens of death here and there but that could be due to hardware problems, rarely software. PCs with older Windows OS can't recognize or connect to Windows 7 networking systems due to certain file sharing encryption issues. Windows 7 uses 128 bit, but Vista and older doesn't. Not really a con, but it did take some time for me to figure out why I couldn't set up a networking system for my printer at home that is connected to four computers.

Overall Review: Windows 7 really is just a overhauled Vista. Instead of updating Vista to fix all the bugs and nannies, Microsoft decided to make a whole new OS, which I think is one of the best one they made. For some reason, Microsoft has this habit of making awful OS systems every other generation of OS since Windows 95. I think I'll be sticking with Windows 7 till they fix everything that's wrong with Windows 8 for power PC users. For touch screen and mobile, I'm sure it's a great product, but not for gamers, media or PC enthusiasts.

Pros: It can be purchased for less than retail price.

Cons: SP1 is not properly integrated. If you install it from DVD with SP1 integrated you will have this error in Event Log after each reboot: Log Name - Application Source - WMI EventID - 10 Level - Error User - N/A OpCode - Info Task Cat - None Keywords - Classic Details - Event filter with query "SELECT * FROM __InstanceModificationEvent WITHIN 60 WHERE TargetInstance ISA "Win32_Processor" AND TargetInstance.LoadPercentage > 99" could not be reactivated in namespace "//./root/CIMV2" because of error 0x80041003. Events cannot be delivered through this filter until the problem is corrected. See this for the fix (it is a known issue): http://support.microsoft.com/kb/2545227 If link I tried to post above is not allowed to be posted just search for Microsoft Article ID: 2545227

Pros: Easy to install, and was able to load to be up and running in a little bit over an hour after all the updates were installed. Installed and worked flawlessly with all my components to include my 290x’s in crossfire.

Overall Review: Had a bad crash when I played with the Rampage Extreme Blk Ed Bios in an attempt to overclock. When the system rebooted it said there was a problem and it could not fix it no matter what I did. Even safe mode and trying to load at the last good config didn’t work. And when I tried to do a system restore it said no points were available which I know was not right because I made sure I had some just in case. So my advice is make sure you burn an image of your system as soon as you get all your drivers installed and get your computer the way you want it or you too will waste a full day having to re-install windows. And yes even though it was an OEM it allowed me to re-install it and re activate it without any problems.

Cons: More expensive than pro. I guess you get a few extras that most people will never use. :)