FREE SHIPPING
Sold by: Newegg
Shipped by Newegg
Newegg’s gift-wrap service is the ideal solution for making your gift special! Select your item as a gift, then add your message. Your gift will also be discreet with no prices being included on the packing slip.
Price Alert
Add To ListFound on 39 wish lists 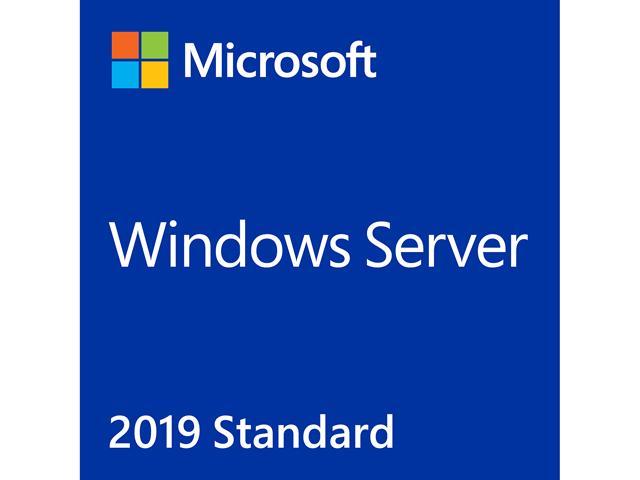 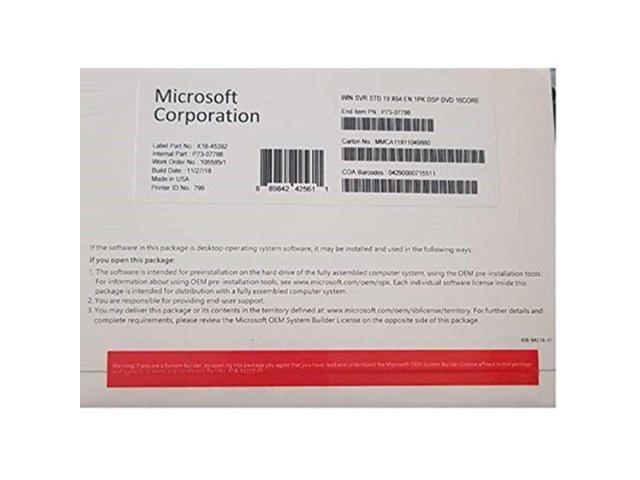 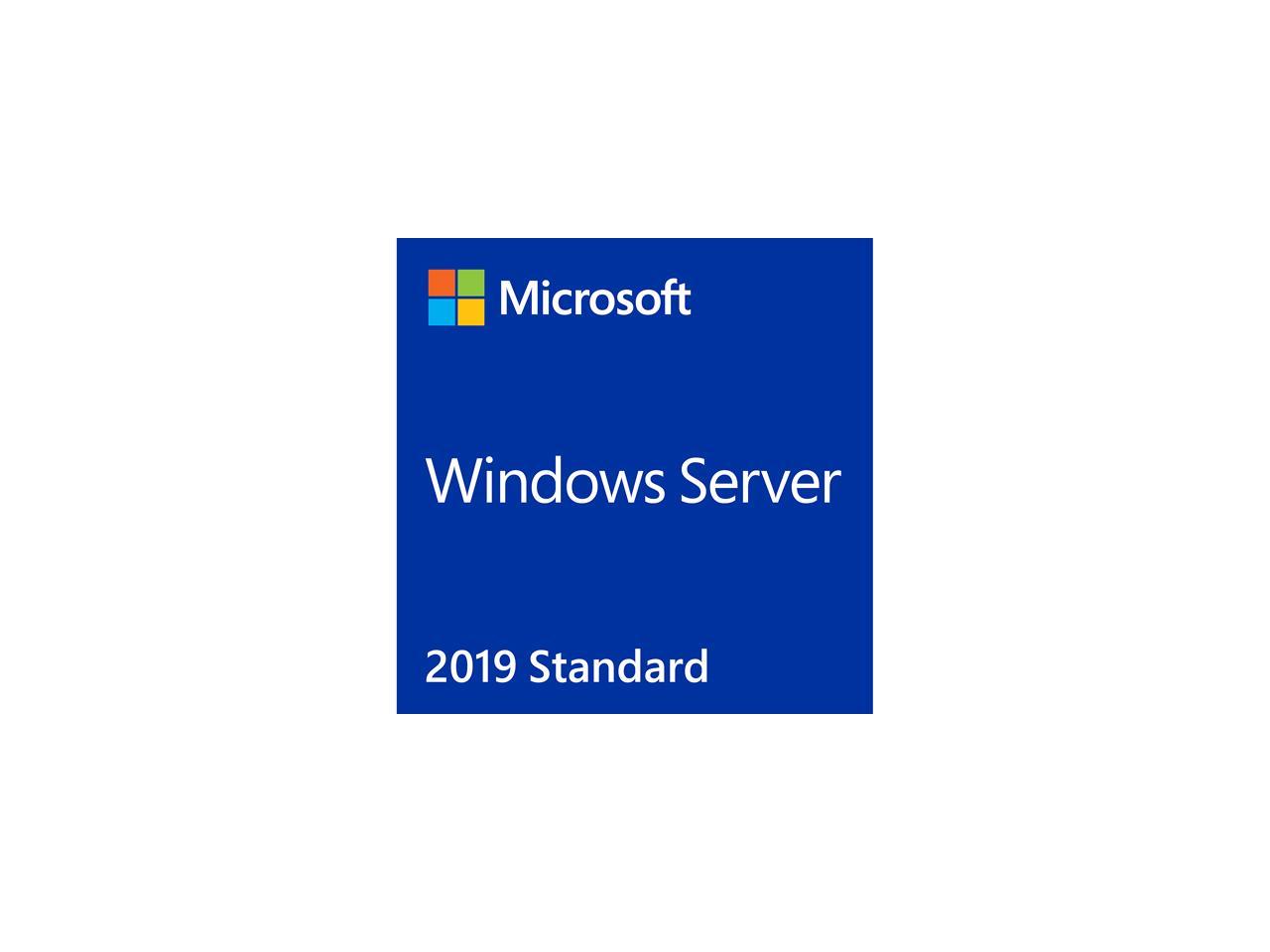 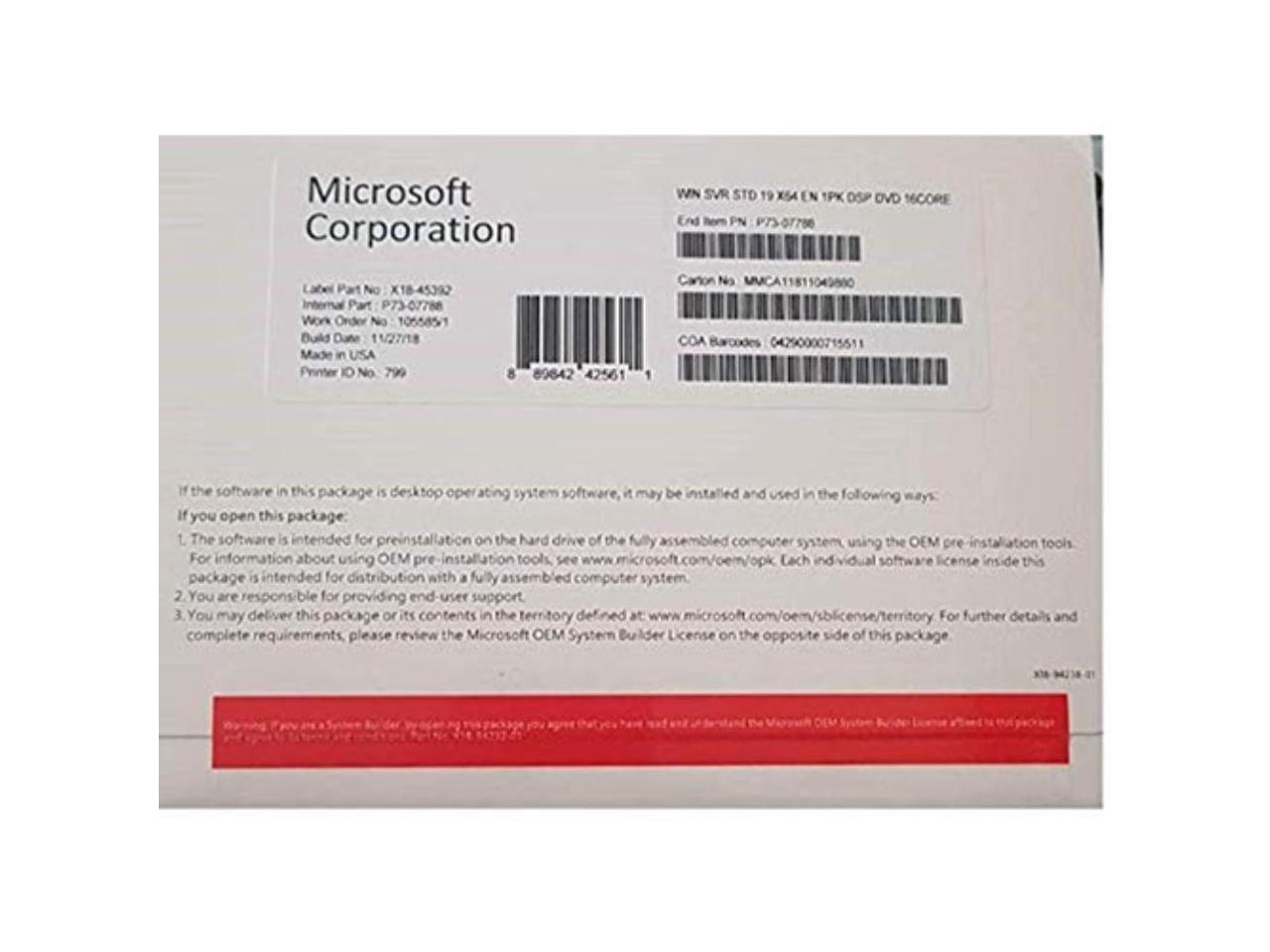 Pros: We're finally retiring our 2008 R2 boxes and this makes for a nice upgrade. The layout is very similar to 2016. Don't forget to select the correct package during install (Desktop Experience) or you might think the familiar GUI tools are missing.

Cons: Could be cheaper

Pros: I ordered this product because I needed a server to demo web applications I develop for others. My needs are not huge and this server product meets and somewhat exceeds my needs. So far, it's been just like the full product. I had an issue where I could not find the Product Activation Code to save my life. There was no mention I could find anywhere to say how to find it. Finally, on a Sunday, no less, I contacted Newegg to see if there was actually an activation code or if I had to purchase one. Evelyn C. was on Chat and helped me to find the product activation code, which I had all along. It's been a while since I had to use a code to activate something and I did not realize it was hiding under a scratch-off coating on the label that clearly states that it is not a COA. See the photo. I quickly got over my embarrassment and thanked Evelyn for helping me out so quickly and efficiently. She was very pleasant to work with and if she is any indication of the overall level of customer service Newegg provides, then their service is outstanding!

Cons: None, except I couldn't find the Product Activation Code without assistance (probably more my fault than anything).

Overall Review: I would recommend this product if you are looking for a small, capable Windows Server for your small business. It's attractively priced and Newegg's Customer Service is exceptional.

Pros: Arrived the next da before the notification that it had shipped. Really pleased with that.

Cons: Purchased on sale, even so, very expensive.

Pros: - If you are not new to Windows server installation this product it is really easy to install. - No hassle activation - Bought it from NewEgg as a seller.

Cons: - kind pricey for a server OS for a small office.

Overall Review: - if your technical needs required a solid server OS then this should be one of the first choices in my opinion.

Pros: I'm not an IT expert or anything, more of a guru/enthusiast. Upgraded from an old box running 2012 R2 Essentials so that is where I'm coming from for this review. I'm using the server to run Jira, Confluence, Jenkins, Perforce, IIS, and MySQL. Also using it as a domain controller, DHCP and DNS server, and network file storage. I have had no problems with any of those things. The UI certainly feels better than 2012's and is more akin to Windows 10. I'm not using the UI daily or anything but when I need to remote desktop into it it is nice that it feels familiar and doesn't have the jenkyness of the Windows 8 interface that 2012 did. Overall I'm happy with it. I don't think it's really doing anything that I couldn't have done with 2012 R2, but it feels good to have the latest version of Windows installed.

Cons: The weirdest thing is that on a fresh install the server manager will have a complaint about something called the MapsBroker service failing to start. From what I can tell on the internet this was also a problem with 2016, and it seems kind of sloppy that a fresh install of an operating system guarantees an error. From what I can tell this service can safely be disabled. I've seen complaints about the user friendly dashboard from previous versions of Essentials being missing. This isn't a problem for me as I found that googling how to do something in Server 2019 is easy enough. There is also a complaint that this will be the last version of "Essentials" and I guess us users of Essentials will have to cross that bridge when it comes. One review also mentioned that it only supports 64GB of RAM. I only have 32GB installed and with the applications I'm running (listed above) I've only seen around 10GB of memory used so that hasn't been a problem for me personally, though it is an interesting constraint. The 64GB limit is listed on the Server 2019 version comparison website, so if you need more than that you can't use Essentials. As it is, my motherboard only supports up to 64GB. It was a bit difficult to get Windows 10 PCs to connect to the domain, this is probably due to my lack of IT knowledge, but some of my google searches that came up with the errors I was experience suggested that there might be a bug in Windows 10. I was able to connect to the domain by disabling IPv6 on the Windows 10 client computer and I could re-enable it once the computers were connected. Again this is probably my fault due to some incorrect setting and not Microsoft's but I wanted to post this comment in case anyone else had the same problem.

Pros: --supports 2 cpu --BUT, I also use a lot of hyper-v ...see the cons for limitations that are unspoken in the sale listing...

Cons: --while the item description is clear about the cpu support, they say nothing about the RAM limit! It amazes me that windows 10 pro supports more ram than this server OS costing far more. This Essential version only supports 64 GB RAM when installed! I'm a pretty reasonable guy. What kind of craftiness is it that caps supported server ram below their workstation level OS --and DOESN'T say that in the item description!

Overall Review: --I would not recommend this if you have more than 64GB of server RAM.

Overall Review: I recommend a 100% this seller !