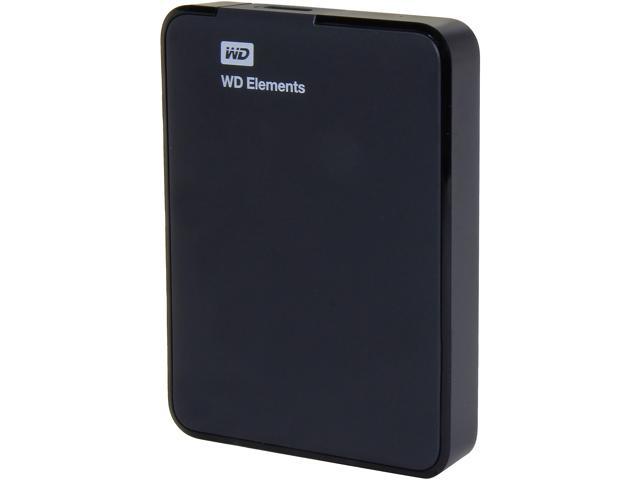 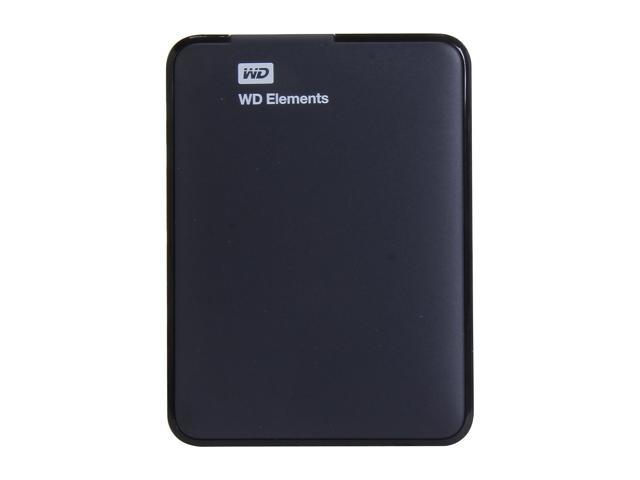 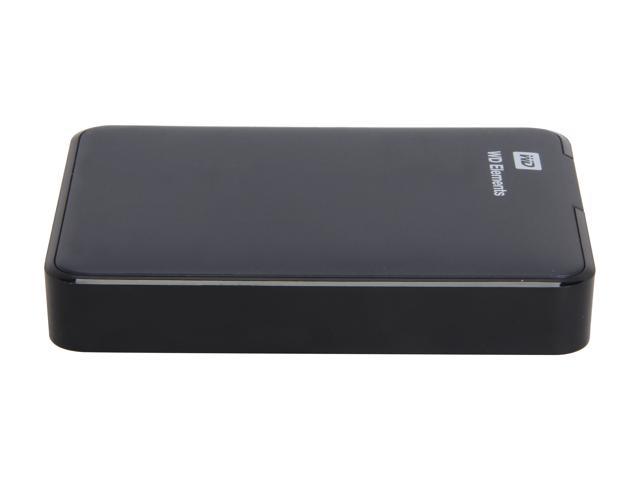 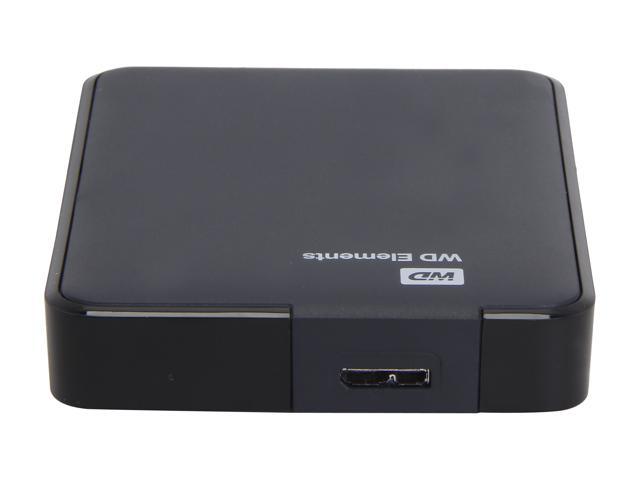 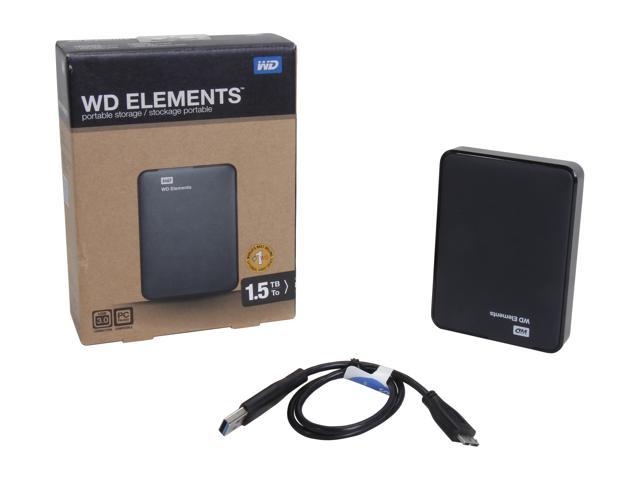 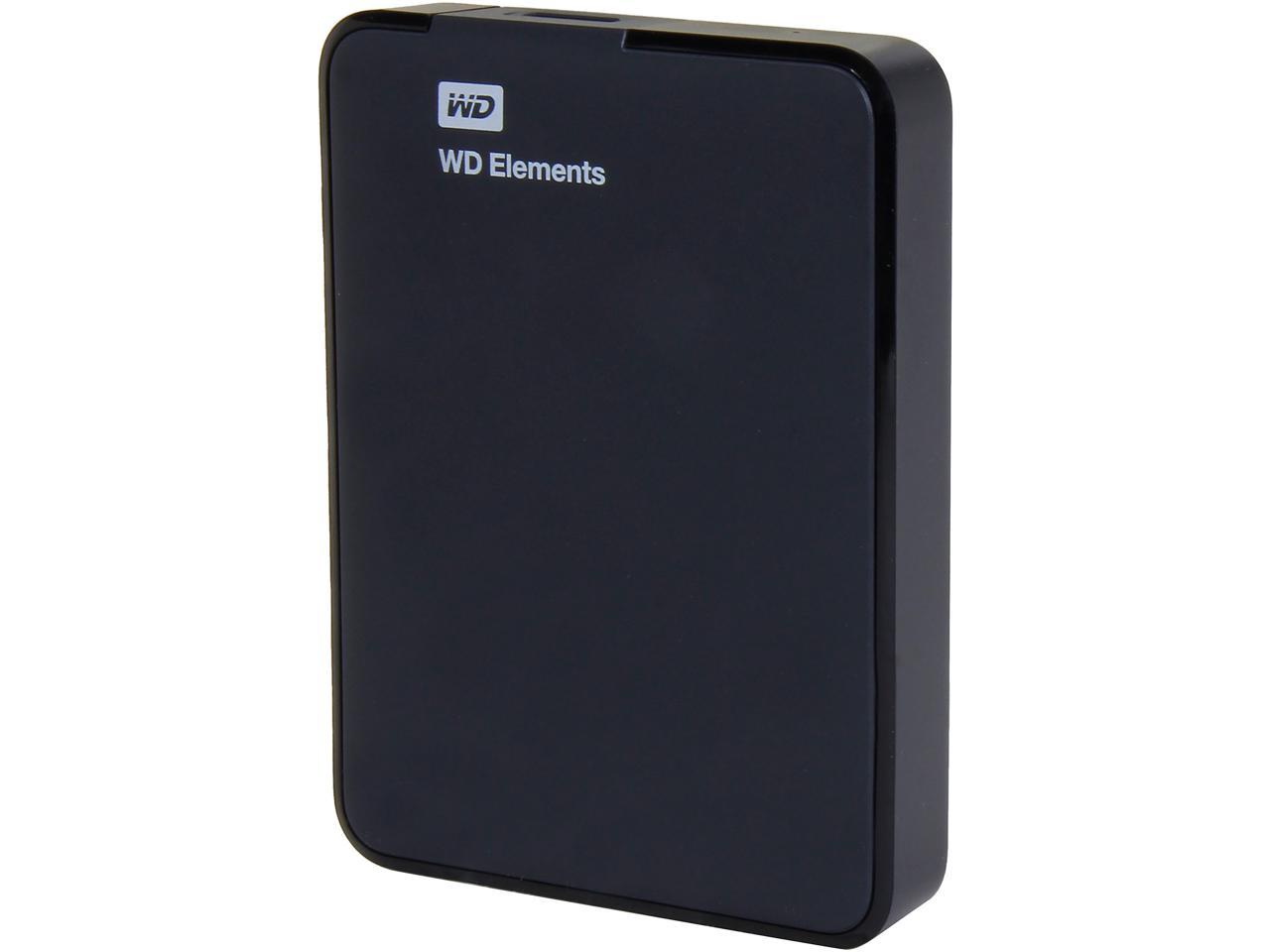 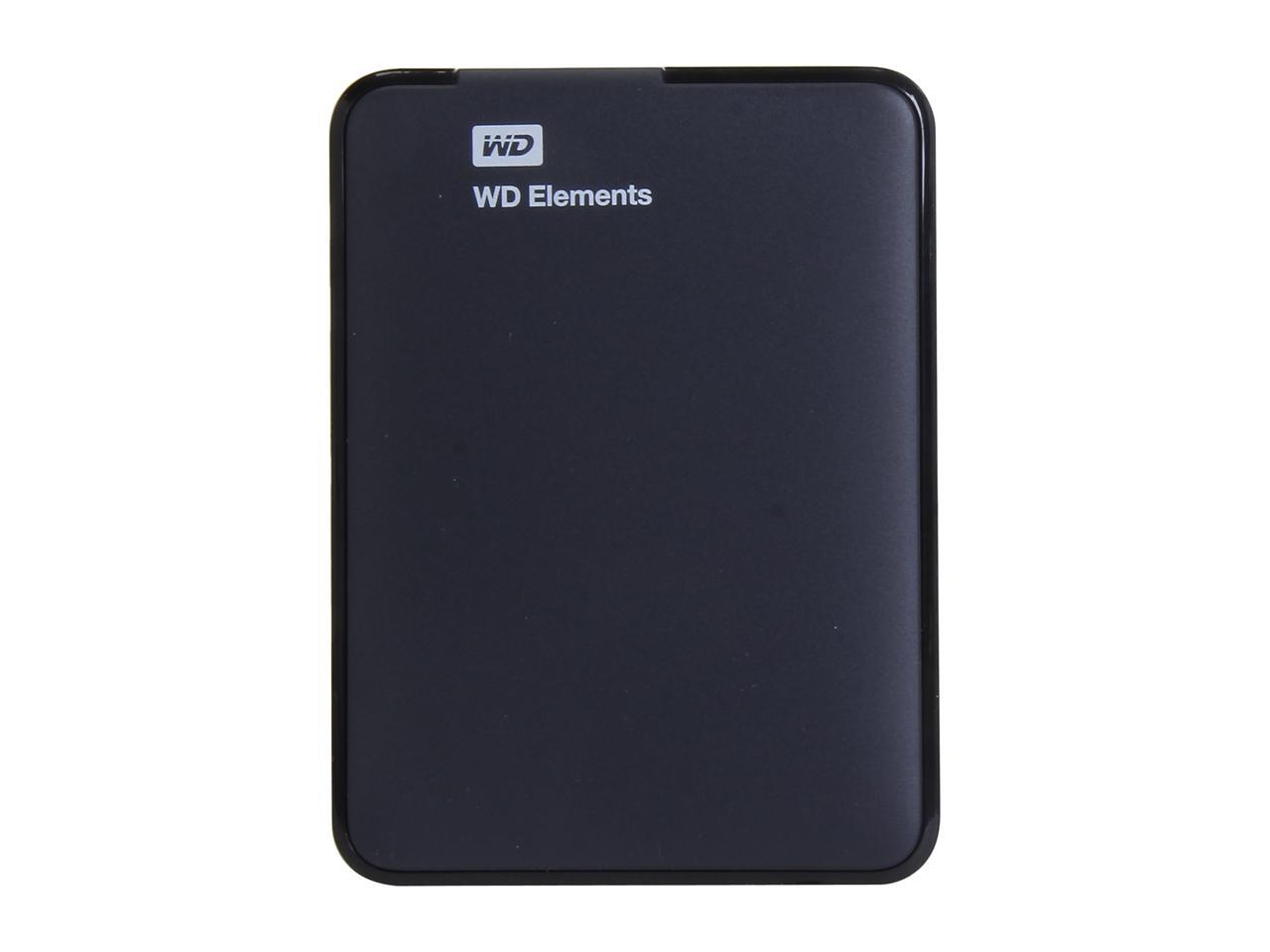 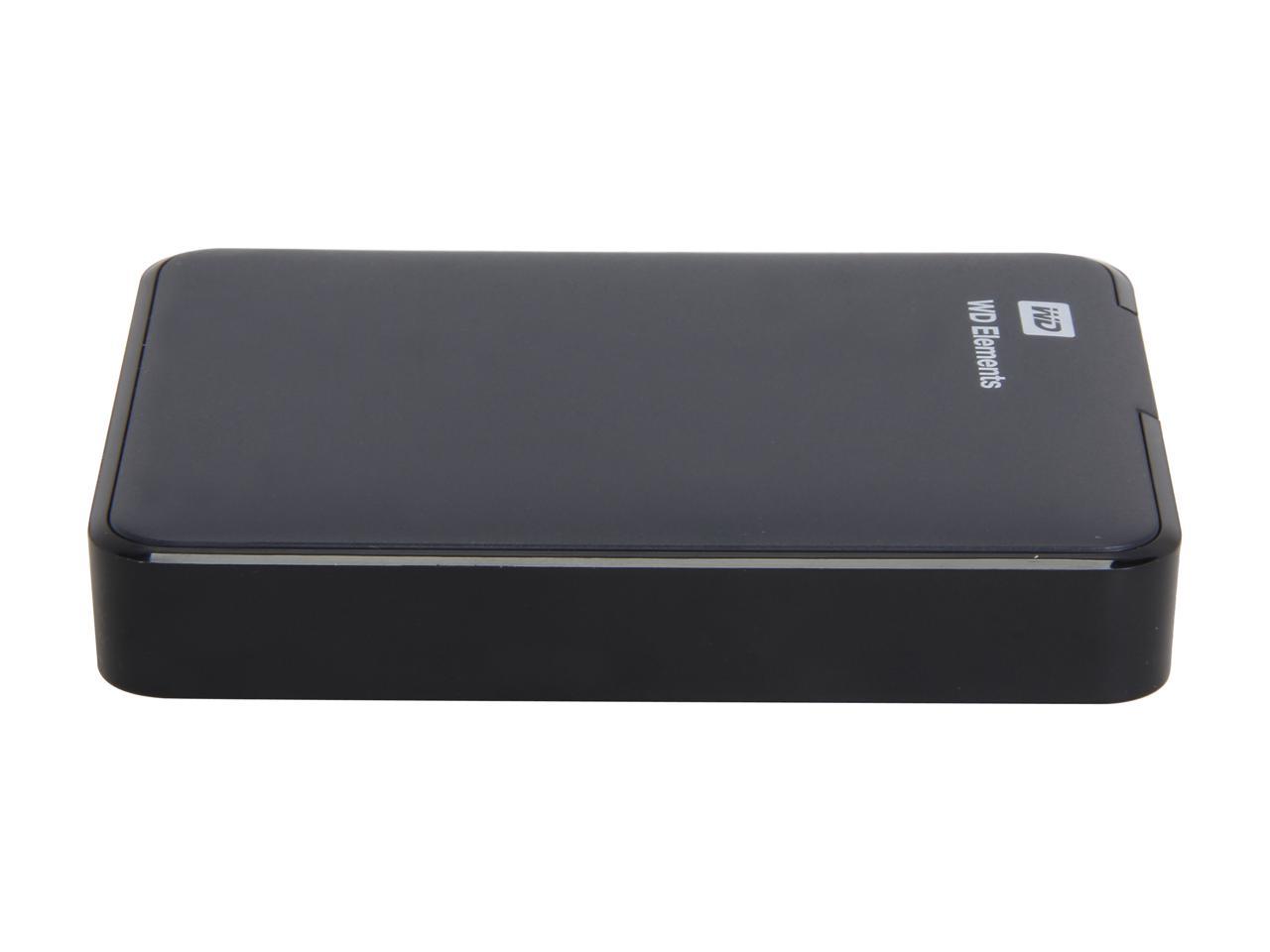 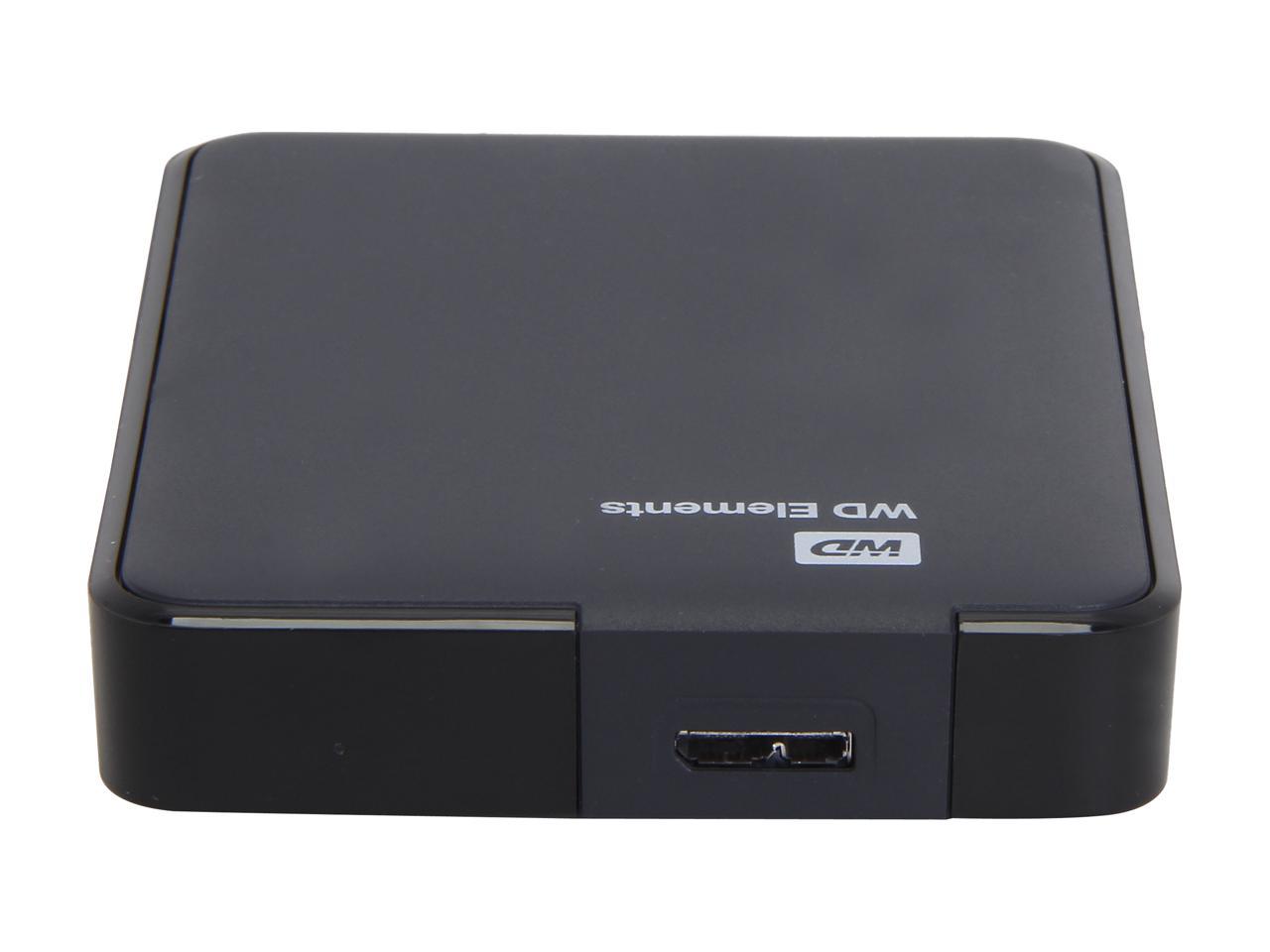 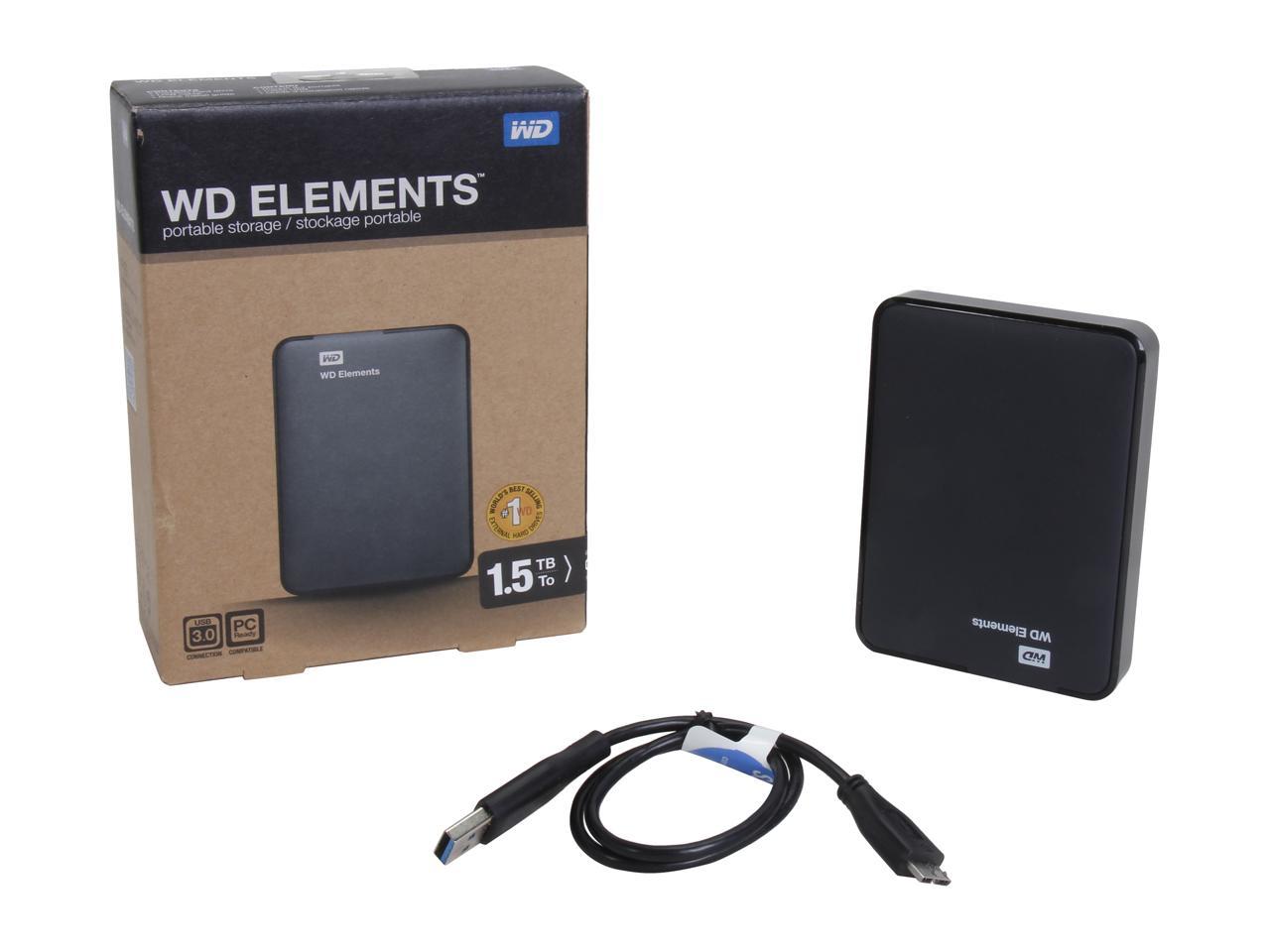 (126) Write a Review
OUT OF STOCK.
Overview
Specs
Reviews

Cons: Hard Drive has usb/power plug on the same board as the hard drive controller which means you cannot just remove the hard drive and plug it into a regualr sata port. this is not really a con but i thought i would let people know.

Pros: Bought a pair of the WD Elements in 1 TB (for the price, seemed like a no brainer....). Drive comes with the usual USB 3 cable, proprietary type, but you can insert a USB 2.0 Micro cable in to one portion of the plug but would be limited to 2.0 USB speed. At least if you lost the included cable, you wouldn't be up a creek without a paddle, I've tried it, it works. BTW, the passport works the same way, with regards to being able to use either cable.

Overall Review: I had previously bought a WD Passport 2 TB drive, which is why when I needed another, I went back to western digital. When I saw the Element, it appears to be identical to the passport, measurements listed are the same. After some research, there is a difference in the firmware between the two drive where the passport loads an SCS driver, of what the purpose is, I am not certain. Perhaps it pertains to being able to encrypt the data on the passport, but that is optional. On this drive there were two folder along with two files. An Adobe file mentioned the use of the included trial of WD smartware Pro (which is in one of the folders), an auto run file which points to the other folder that contains one file, a WD icon. So in stock form, when you view your devices from my computer, this drive would have the WD icon by it. Pretty catchy.... Even though the sizes show identical between this and the passport, this drive is actually smaller. Maybe a 1/16" shorter in both length and width, and close to an 1/8" thinner. Perhaps that is the difference in the passport being a 2 TB drive and these being a 1 TB drive, but I wouldn't think so. I use these drives to store OS images on from my various PC's. Had I know then, when I bought the passport, what I know now, I would most likely just bought whichever one was cheaper at the time. The passport came with the SCS driver and wd smartware (the freebie version which to me is useless, windows backup is more intuitive). and some other software for data encryption, which I wouldn't use anyways. I was just going to get the 500 GB element when it came up on sale, but the 1 TB was only ten bucks more, wasn't on sale. That's the no brainer.

Pros: This drive doesn't come with any bloatware, which was the number one thing I was looking for. There is a trial for Western Digital's back-up software on it, that you can promptly delete and never see again. Just plug this into your computer, and start saving whatever you want on it, just like a thumb-drive. It's quite thin and light, and while I haven't been abusive to it, it seems it can handle traveling.

Cons: Once you plug it into a computer, it will start spinning, and it won't stop spinning until you unplug it, even if Windows has safely removed it. If you're using a laptop like I am, this will suck battery power from it for no reason if you leave it in after dismounting it, so just be careful and unplug it when you're done with it.

Overall Review: I just wanted a hard drive that I could centralize all of my computer science school work into one location, instead of having it across 2 laptops and a desktop. I also wanted it to just work like a thumb-drive. Plug it in and go. This hard drive does all of that for me, so I'm pretty happy with it.

Pros: - no power source needed - fast USB 3.0 transfers - does not get hot, even with extended use - nice and compact 1TB of storage

Cons: There is a bright white LED on it that is brighter than the moon. Had to put a piece of black electrical tape over it because it was so obnoxiously bright. External storage does not need to double as a beacon for ships lost at sea, Western Digital.

Overall Review: It's a 1TB USB 3.0 storage and backup device. It does what you need it to do and does so quickly and smoothly.

Pros: inexpensive! (when on sale), portable.

Overall Review: I manually back up, So I do not use the free trial software. Worked straight out of the box. Speed varies from (starting off at 140MB/sec) then averaging out to about 80-90MB/sec on USB 3.0 desktop. Happy with he purchase so far!

Pros: This device is a no brainer. It comes equipped to function on Windows OS and can easily be reformatted into exFAT from the start to be used on Windows OS and Mac OS, which is what I did. Data transfer is fast.

Cons: I bought 2 of these drives because I have had pretty consistent bad luck with every USB external drive I've purchased from WD, Seagate, and the like in that at least 1 will fail pretty early in its anticipated lifespan. Such was the case with one of my drives. I purposely copied 800GB of data to 2 of these drives, fully expecting one of them to not last very long, and sure enough 1 of my drives died after 26days.

Overall Review: My recommendations 1. If you want a primary source to back up to, buy 2 of these drives and mirror the data on the 2 drives. 2. If you want to just use this drive to transfer large packets of information from one source to another, just get 1 drive, but don't expect it last you very long. This drive does not seem to be able to handle high frequency use for moving information from one source to another.

Pros: Small yet holds tons of data. Use it to keep backups of my wife, sons, and my computer - I never have to worry about losing data. And a big plus is it keeps most of my data offline - away from the prying eyes of the NSA.

Overall Review: Everyone needs to keep their data backed up & offline as much as possible (away form the NSA). This is the perfect device

Pros: Very small hard drive (smaller than a cell phone). Feels well-built and has great transfer speeds. No external power needed is a huge plus for a 1TB drive.