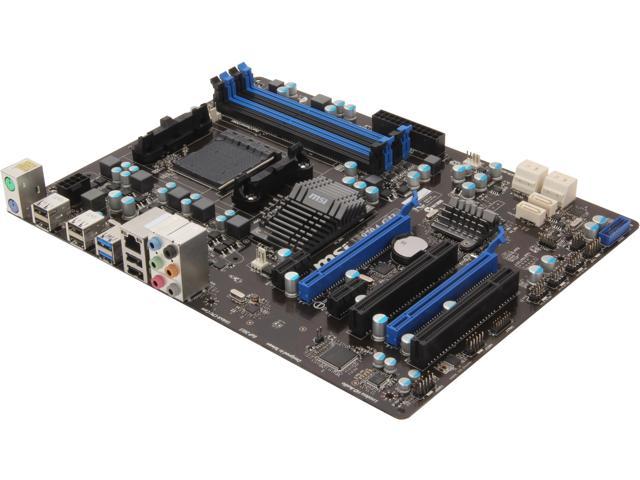 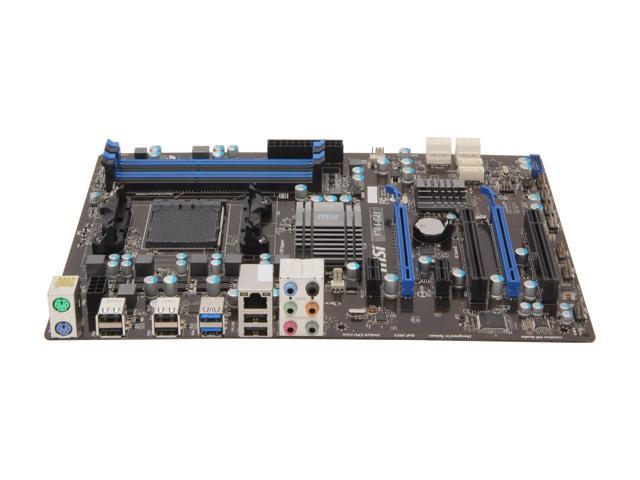 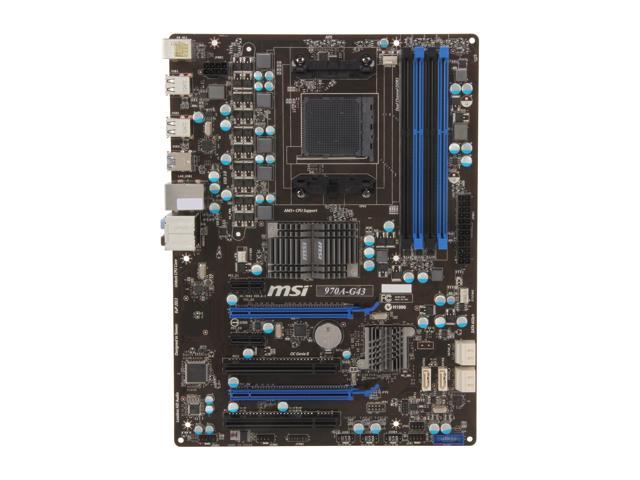 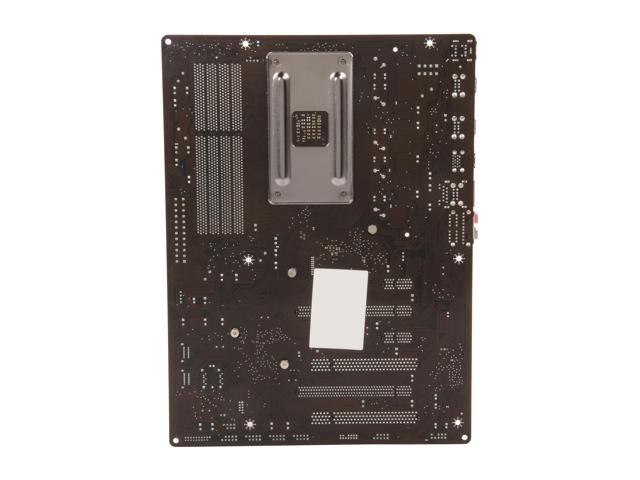 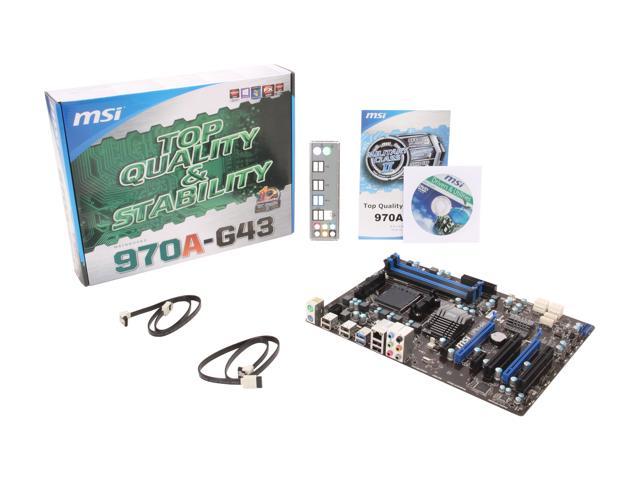 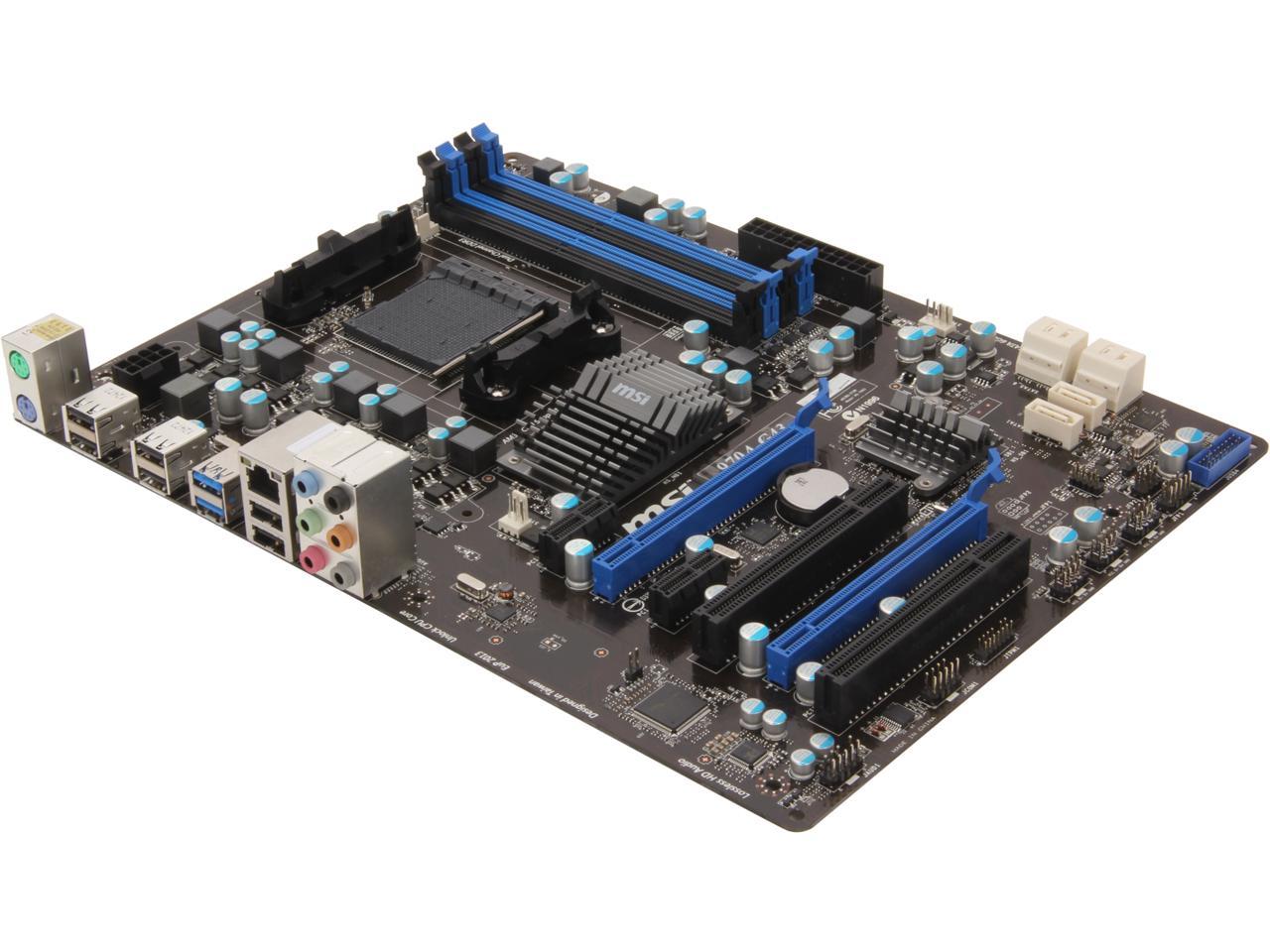 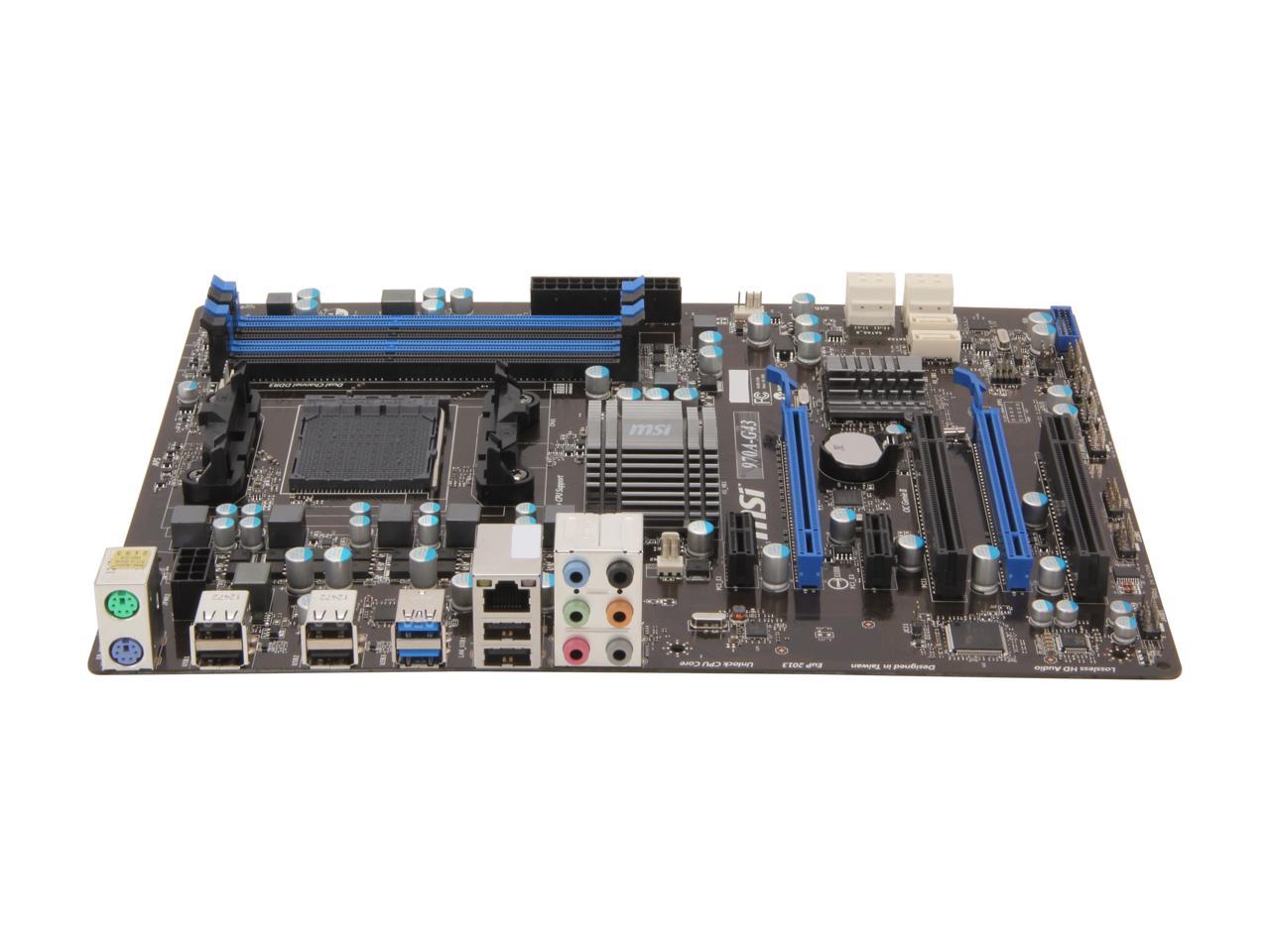 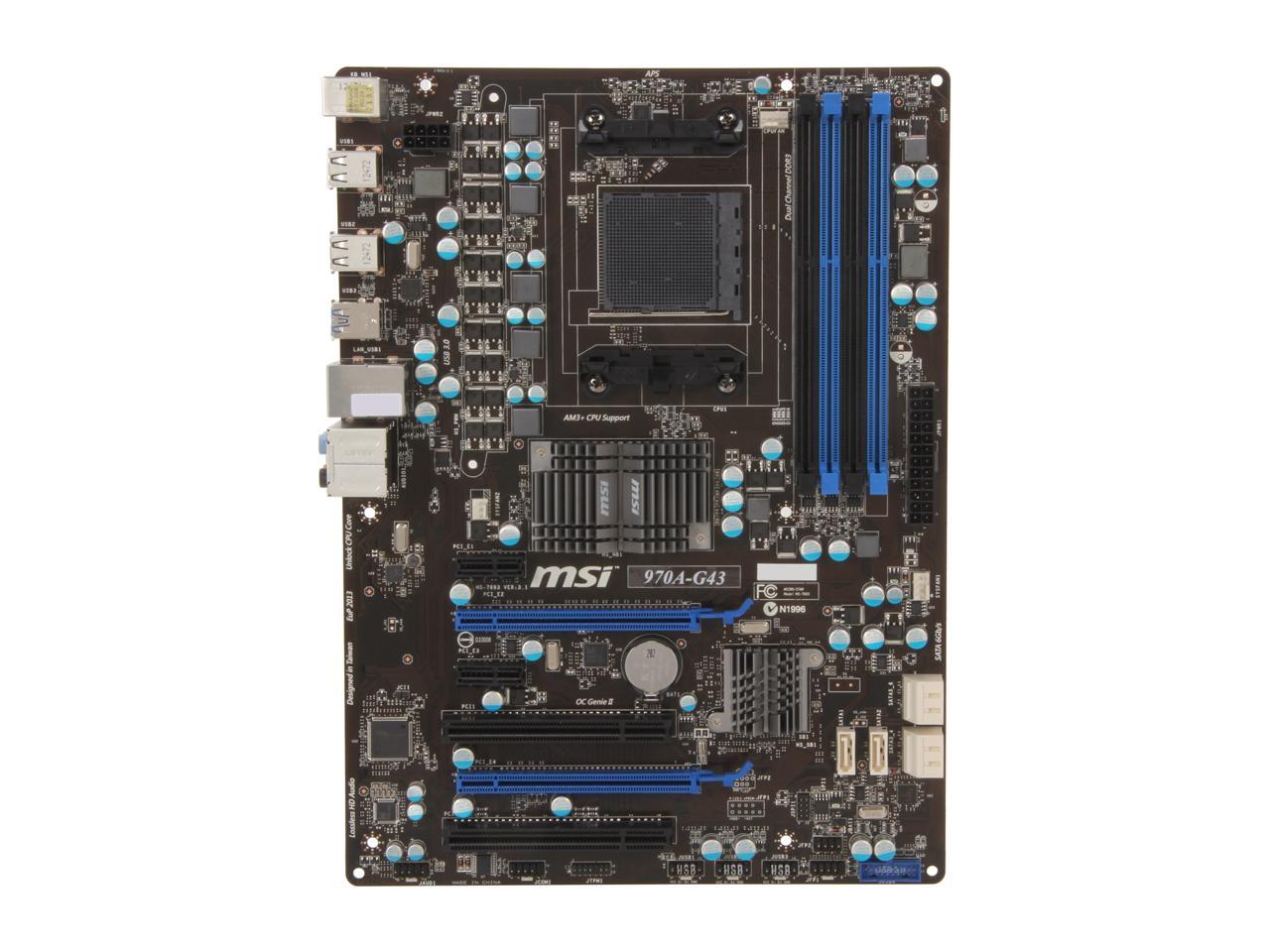 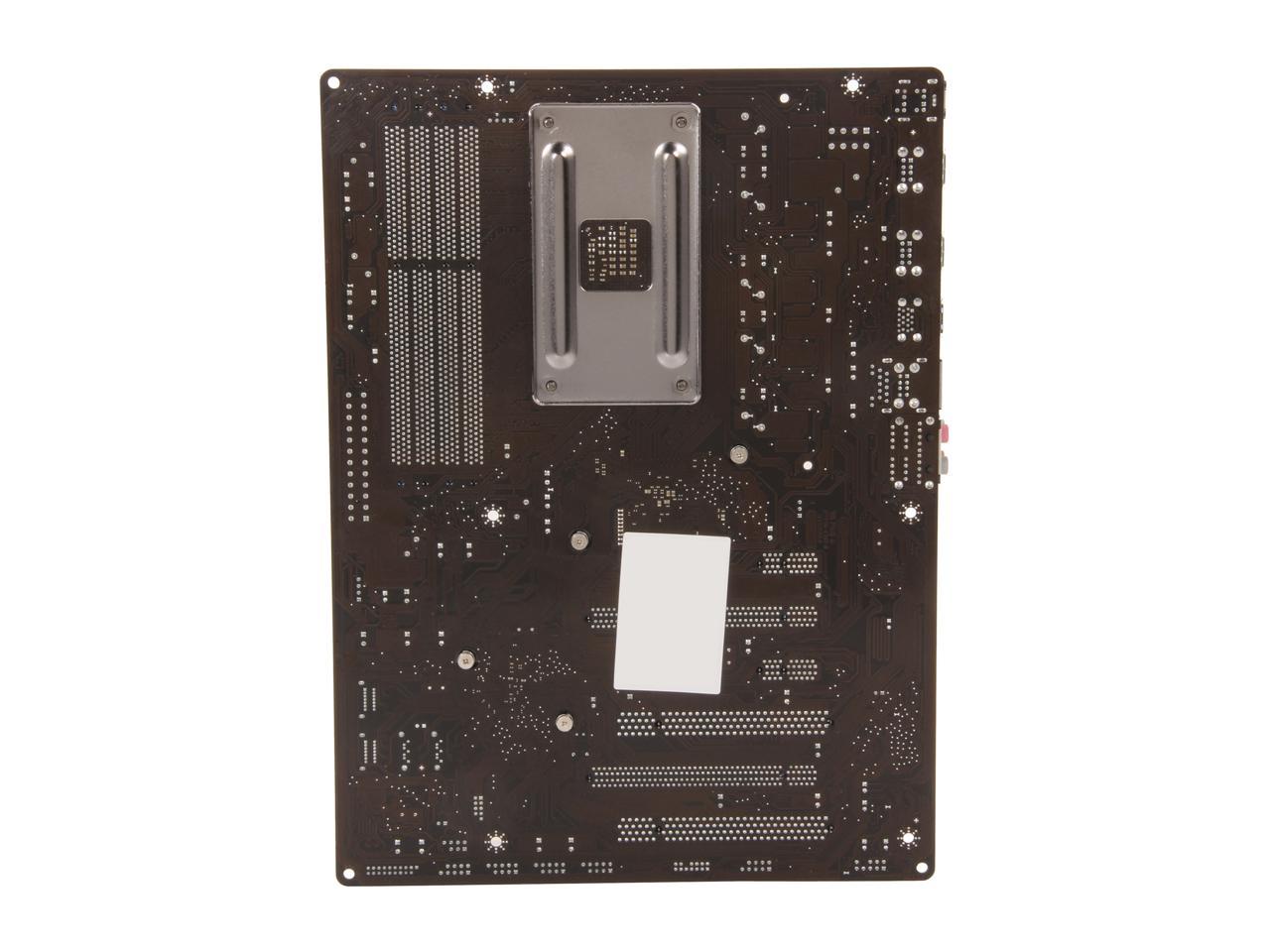 This means that the product has been opened, possibly used but is in perfect condition with no signs of cosmetic or functional defect. Product may includes warranty, and accessories found with the original product. Product may or may not be in the original packaging. Returned items with minor packaging defects fall under this category.
See more "am3 motherboard"
In stock.
Ships from China.
Most customers receive within 5-32 days.
Overview
Specs

The MSI 970A-G43 Motherboard generously delivers performance, quality, reliability, and an array of MSI features at a competitive price. It's based on the AMD 970 North Bridge/AMD SB950 South Bridge chipsets, offering perfect support for AMD's powerful "FX" series processors in AM3+ packaging. Four DDR3 memory slots with dual-channel support, latest generation SATA 6Gbps, and Gigabit Ethernet LAN give you the essentials to build a performance system. USB 3.0 is also integrated for blazing fast data transfer. Add in the exclusive MSI features and super build quality MSI is known for, you'll know the MSI 970A-G43 is the foundation you can count on for your next powerhouse, whether for work or play.