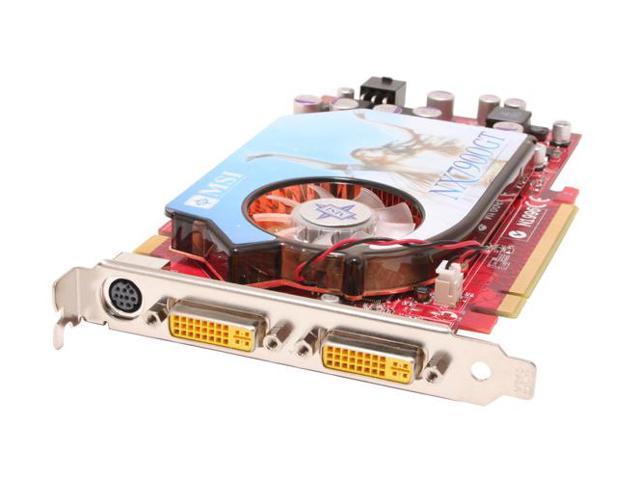 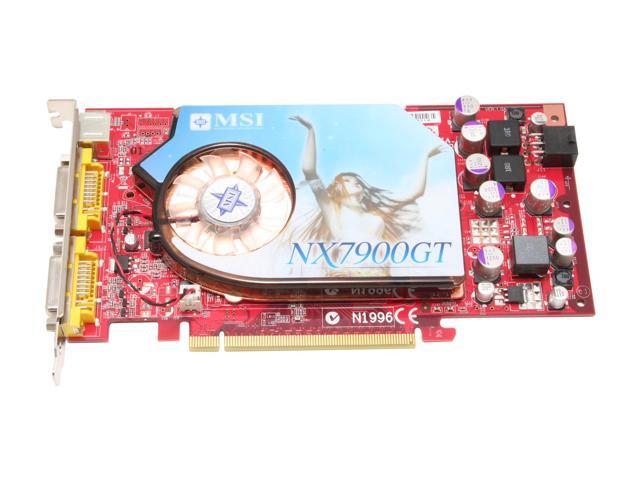 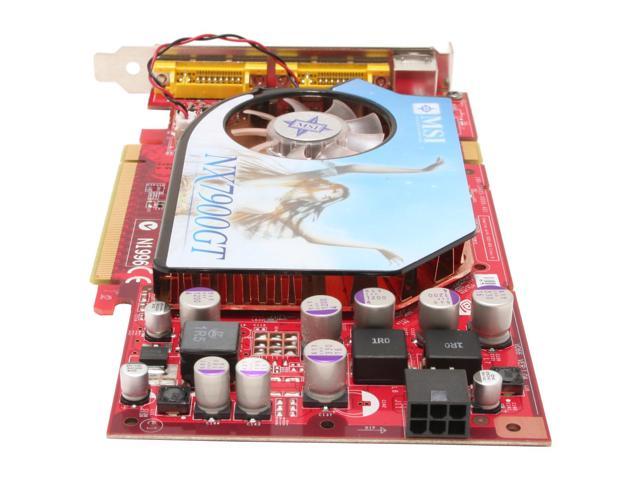 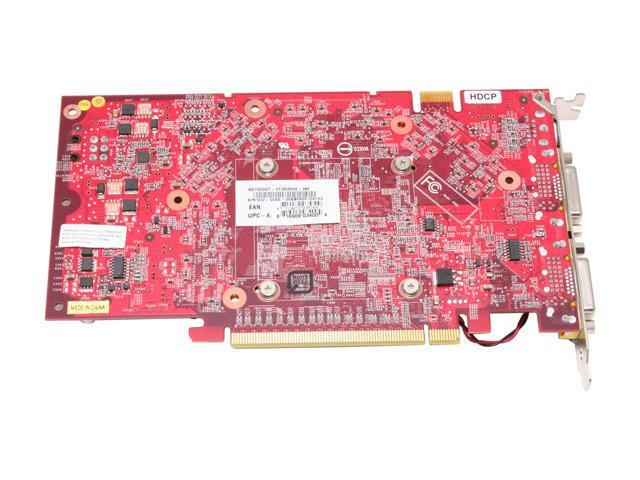 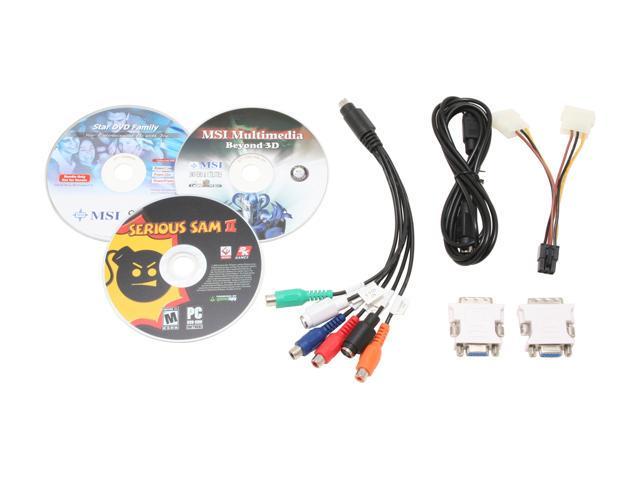 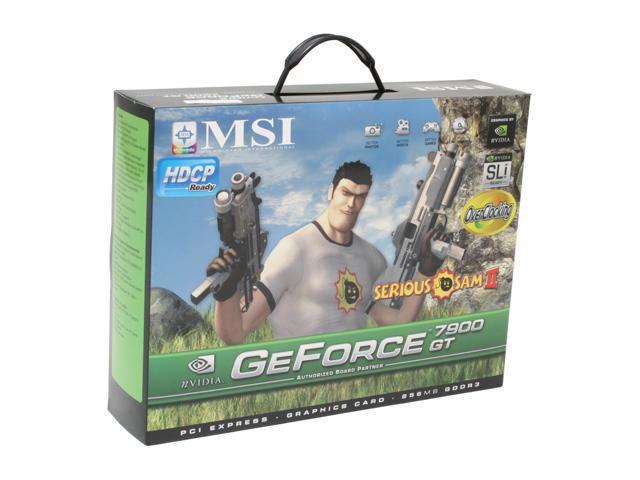 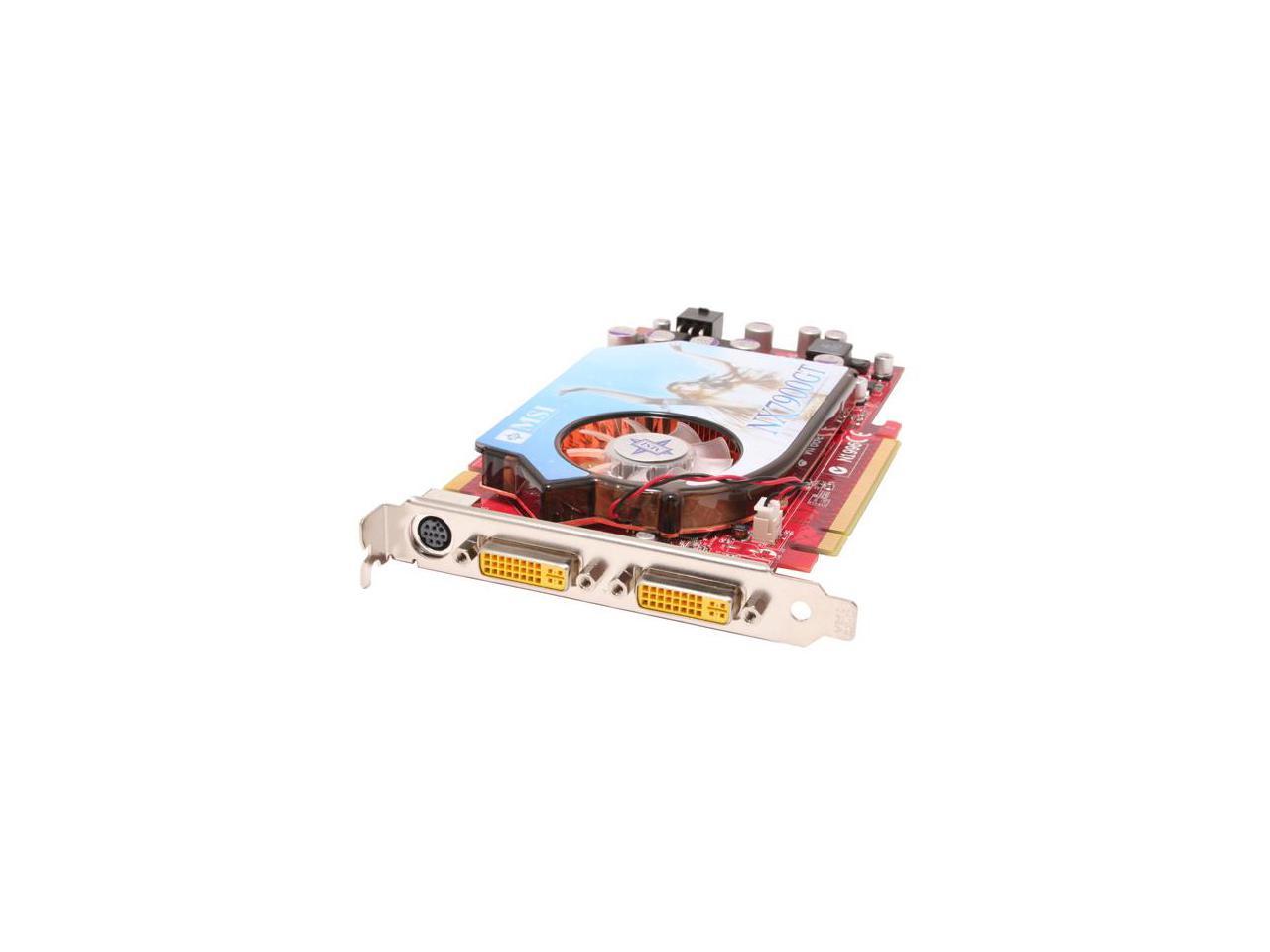 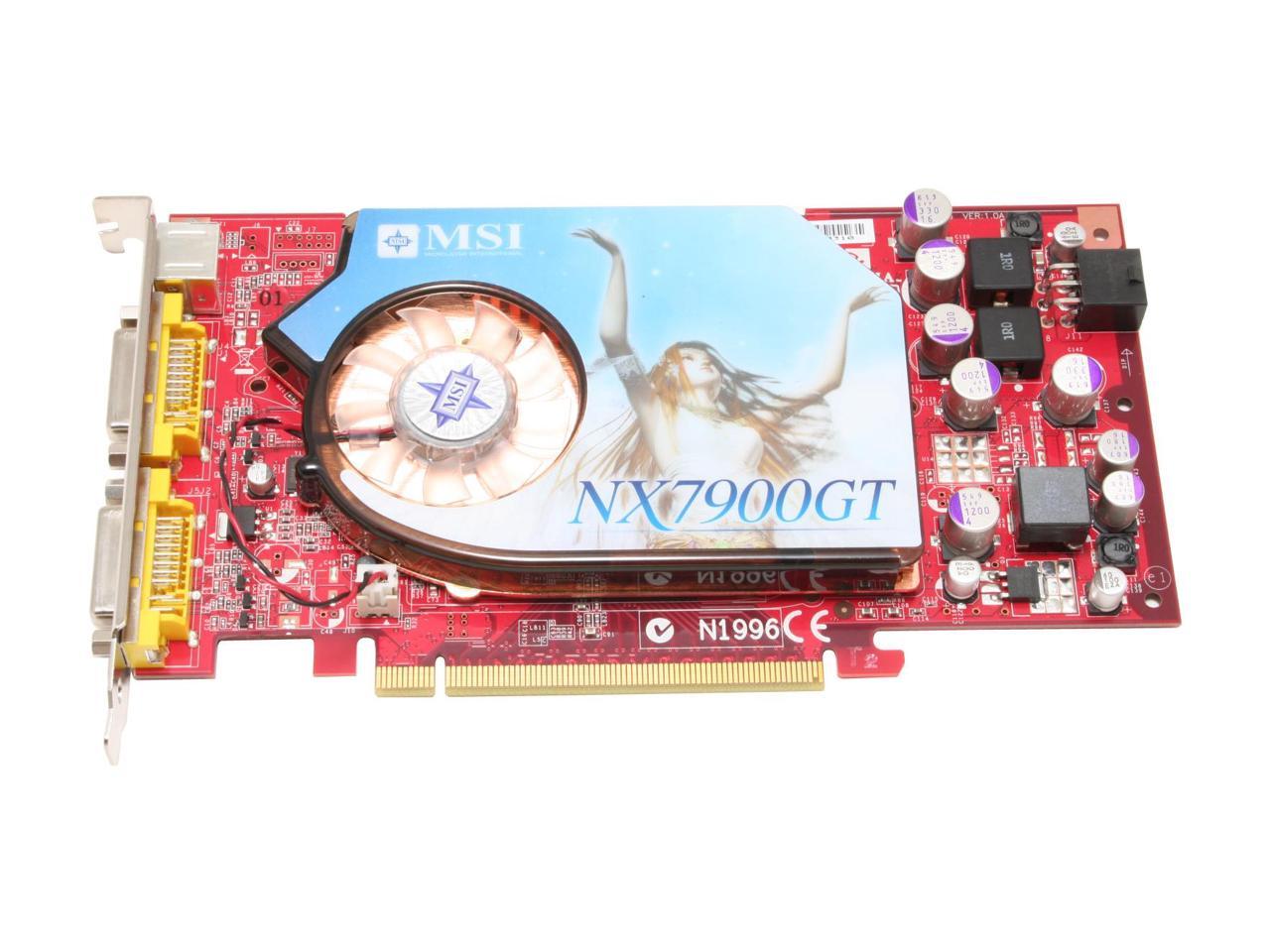 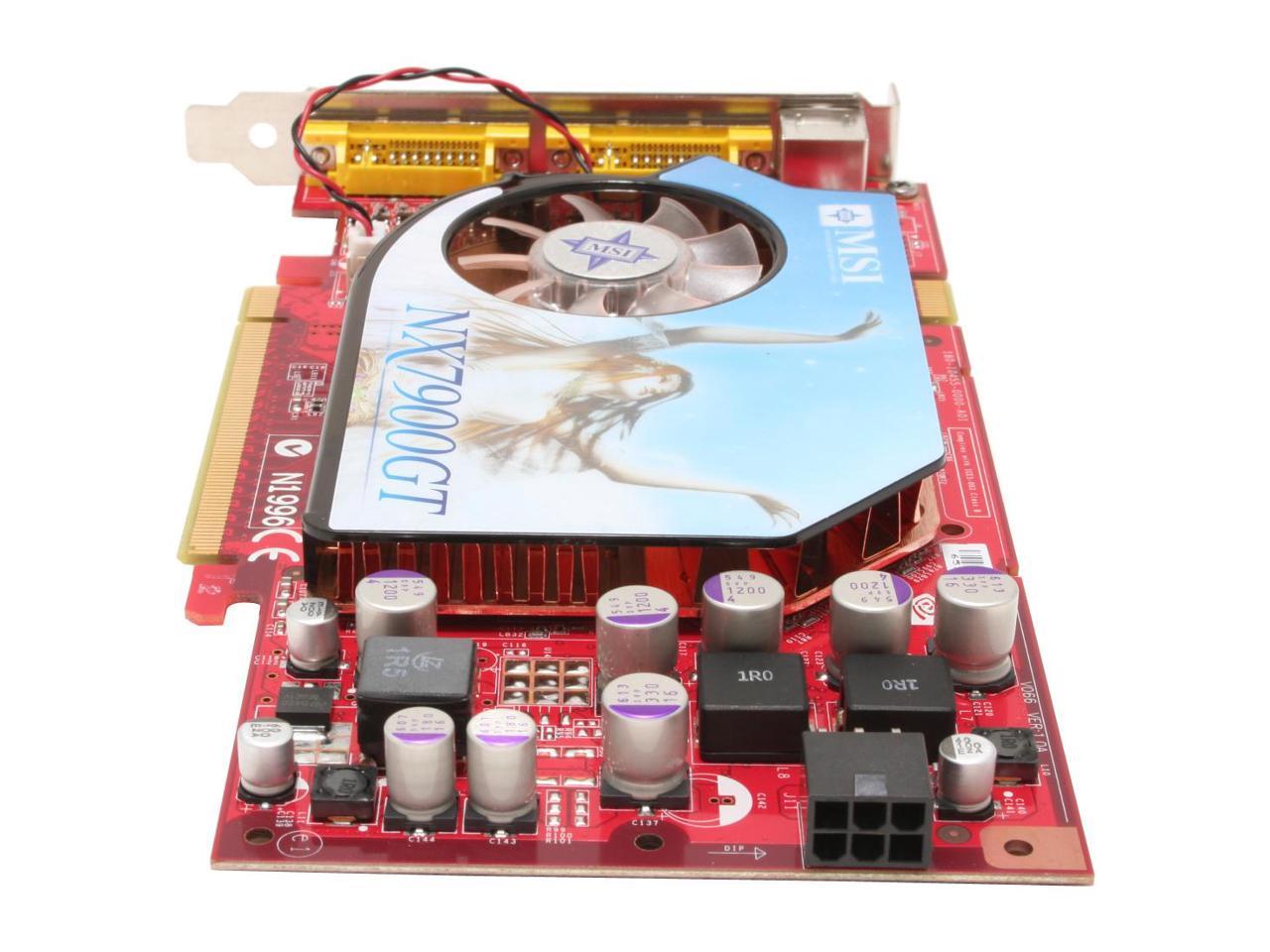 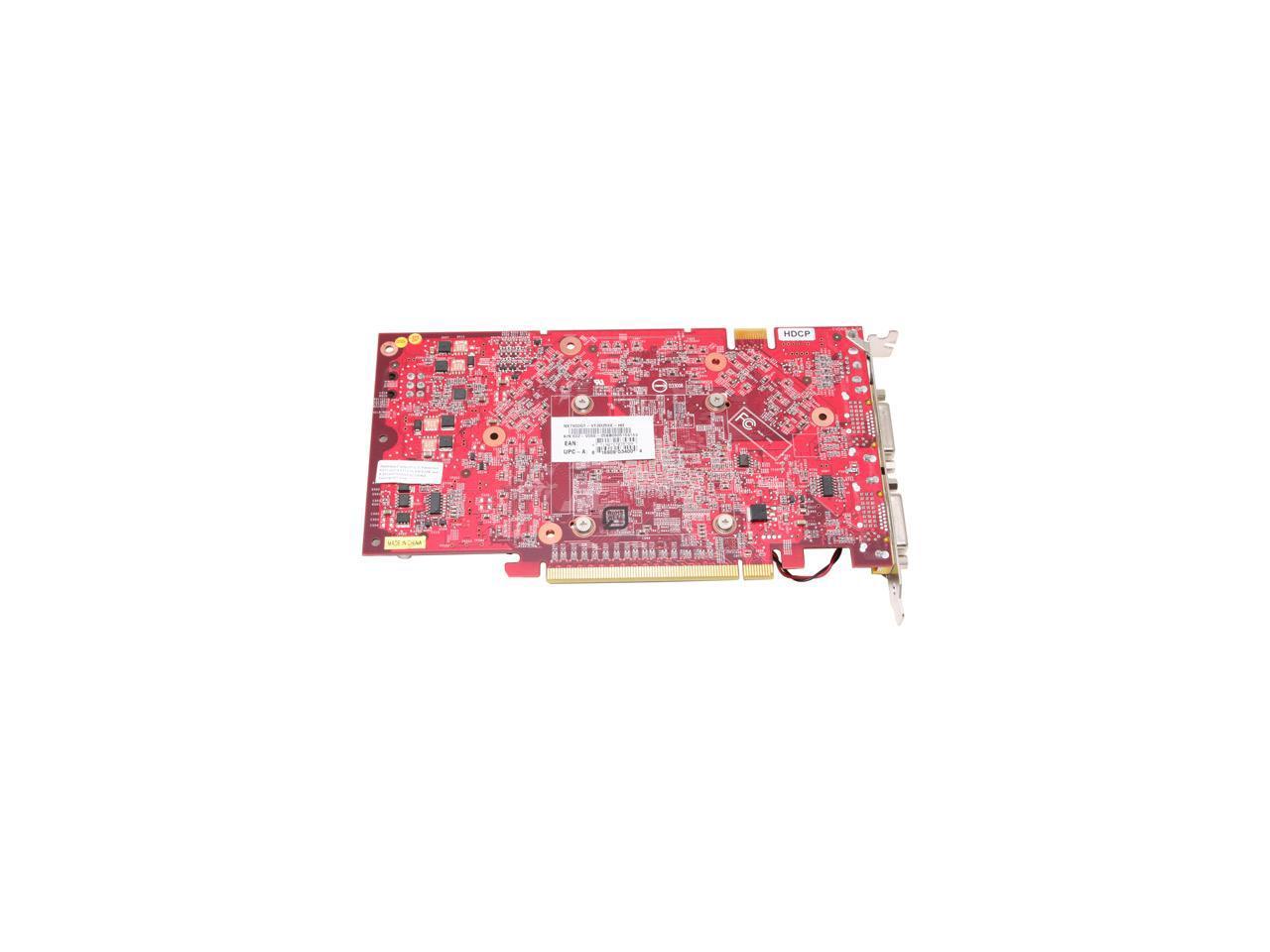 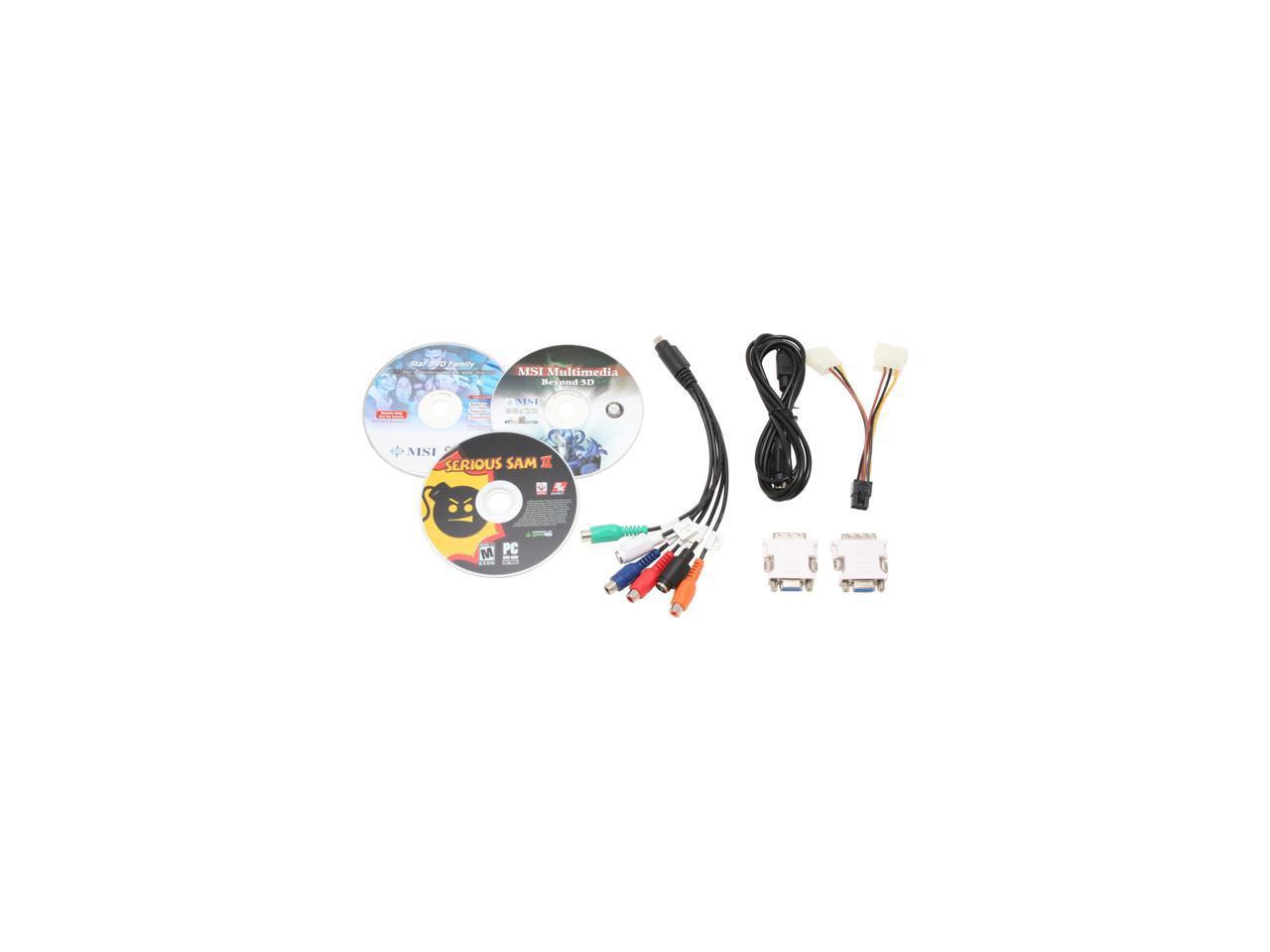 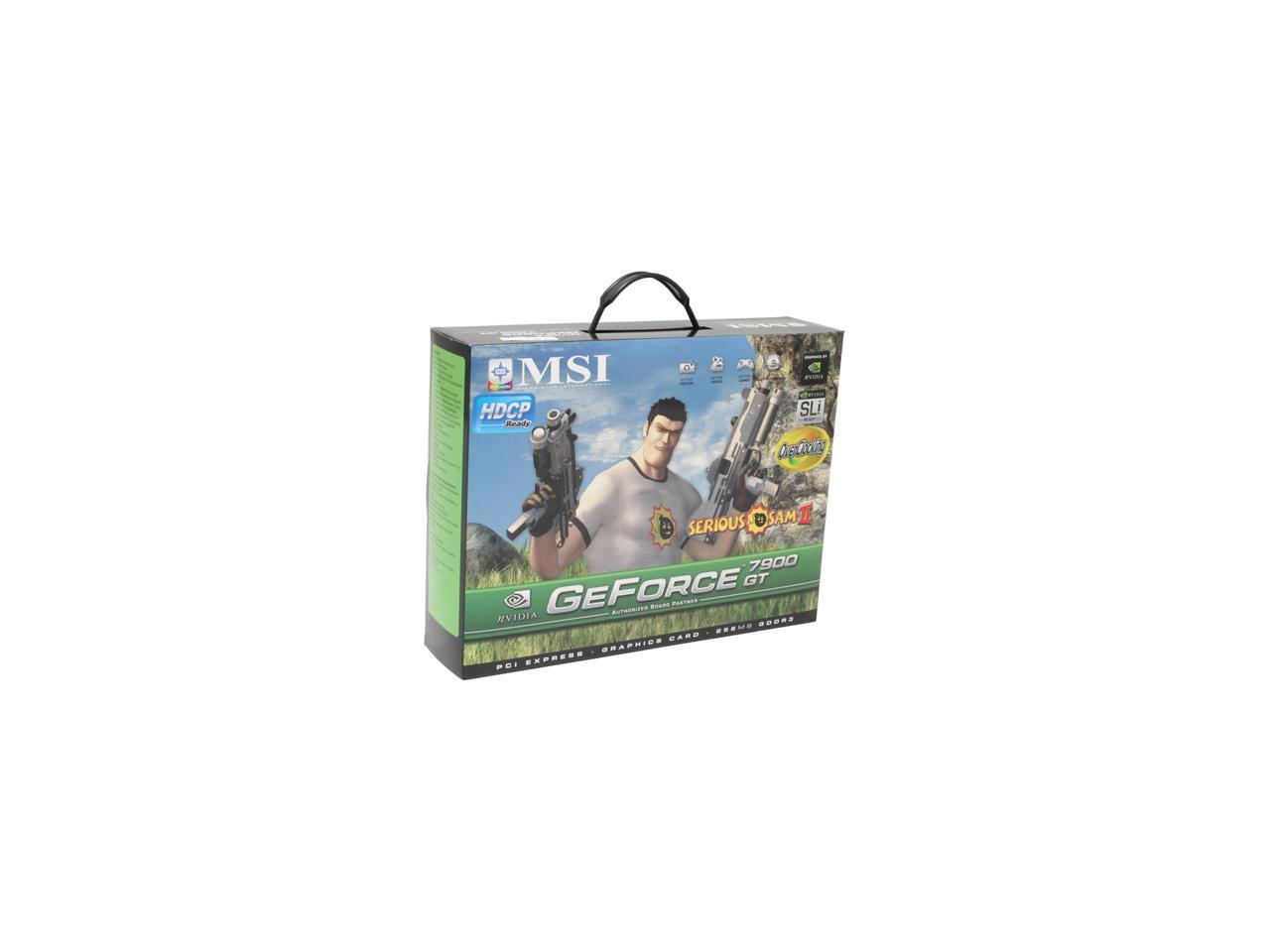 (103) Write a Review
OUT OF STOCK.
Specs
Reviews

Pros: Plays most games VERY WELL! OCs well, thou you must be aware of higher temps and be preparaed to deal with them. Had 2 in SLI. Bought hoping to play FSX at higher tham 1024 X 768 resolution.

Cons: Not really a con because I was looking for performance with a spcific game. Will play it but at reduced settings and resolutions.

Overall Review: Have returned these and will purchase A 8800 GTX in hopes of being able to play FSX at higher settings. Specs-Opteron 148 @ 2.8, 2G XMS ram, 2 SATA HDDs in Raid 1. Will upgrade my CPU as well to better support the 8800.

Cons: Artifacts!! Unfortunatly I am now seeing all the same problems everyone else has... I have had this card for about 4-5 months now and the artifacts are just now appearing. In windows, even in the BIOS... I can only play games for about 15 min before the whole system crashes... very dissapointed...

Overall Review: I have NEVER overclocked this card... I read the warnings but did not heed them... now I am stuck witha paperweight since I put a water block on it and cannot return it...

Cons: When I bought it, there were nothing but positives. Then later, people were talking about how it ends up dying or has problems. I thought "Nope, just a bad card on their end". Now I have to call MSI to get a replacement card because mine isnt working that well anymore. I play games, it freezes and will sometimes crash my computer. I'd stay away from any "GT" and go straight to the top of the market brand (GTX's) because it is apparent that no company or nVidia even cares about the lower end cards. Not recommended, go for something else.

Overall Review: Don't do it. Spend more money on something better.

Pros: Fast when it worked (about 2 days). Video In.

Overall Review: After about a week the card has become completely unusable. Started with some strange snowing and random discolored pixel patches, progressed through random freezing with worsening snowing, then to crashing applications, finally to locking up the system entirely. Took about a week to become fully unusable. These are apparently fairly common problems with 7900gt cards especially the factory overclocked ones. Only option was to RMA. MSI would not cross-ship and estimated 2-3 week turn around. Give me a break 2-3 weeks with no computer? I would avoid MSI products; their website is poor and their customer support even worse. Tried various combinations of drivers and clock setting but little improvement. DOWNclocking the card to 450/660 (Reference Standard) got it working enough to use the internet to RMA. Pretty sad when a $300 video card can't display the internet without crashing.

Pros: This card is Amazing. I went online looked around and saw some reviews and with a couple hundred left out of my 600$ budget i managed to snag this beauty. If you want to play hard core graphix on the latest games. This is an amazing card.

Overall Review: I managed to buy a 650w power supply this card an amd64 x2 3800+ and mobo for 600$ with an addition of 1 gig of ram and ide hard drives. this card wont let anything stand it its way

Pros: When it worked it was a great card. For me it worked for around six months before starting to go bad.

Cons: After six months I started getting what I can only describe as blinking or stationary pixels that would appear/disappear randomly. These dots caused watching video annoying as I couldn't stop focusing on them and any game that has shadows (most recently Bioshock) the pixels would bleed through as red/blue/white blinking pixels. The worst moment thus far was playing Bioshock and having many of the textures display completely black AND having the pixels blink at me (temp then was 55C). I have a CRT monitor so I know it isn't dead pixels. It also began causing graphical glitches and artifacts in many games. I monitored the temp. of the card the entire time and never once did it exceed a reasonable range.

Overall Review: I never OCed this card. Its temperature never went too high. I have heard that the problem is probably the tension regulators getting too hot. However, I do not know much about tension regulators or how they affect the video quality. I'm on the verge of 1 year now and the pixels/graphical glitches are so bad that I can only hope newegg will allow me to RMA. If you want a card that lasts, don't buy this one.

Pros: I ordered 2 of these cards to run SLI mode and they prove to be very powerful. Running in SLI mode increased the 3dmark score from 4746 to 6864. My CPU and system Ram appear to be holding these cards back from getting up to a much better score. Ram is 2GB Kingston HyperX DDR400. CPU is an AMD Athlon x2 3800+ Socket939. There is a rumor that the memory paired with these cards at release was defective. If so, these cards appear to be of a new revision, as the major anomalies I got were solved with better cooling.

Cons: Seem to be very sensitive to case ambient temperature and also seem to require more power than most cards. I did have many anomalies when case ambient temp was higher than normal (higher than temp when running a single card). One other oddity i noticed even after improving cooling was after closing one of the games, the screen began to blink every few seconds as if changing resolutions. I have not seen this again since restarting the computer, and thus believe it to have been a system memory bug at this point.

Overall Review: I have yet to experience any artifacts, but i did get texture stretching/distorting. When this happened, I noticed that the case ambient temperature was extremely high compared to normal. While the cards themselves were not producing a whole lot of heat, the SATA drives i have were unable to disperse their heat without added cooling due to slightly reduced airflow. While running a single card, i receive NO anomalies what-so-ever. When running in SLI mode, my cursor blinks in Everquest II and when starting a game in Company of Heroes, the terrain texture first shown on the screen shows up as a different color and flickers until i scroll to another area. When i return to that area it's fine...also occurs after using the tactical map. I'm guessing this is due to a power supply that is under-powered for the setup since it only occurs when both cards are installed. I would strongly recommend at least a 700W PSU for these cards in SLI mode.

Pros: I always check customer reviews and value them. Because of that I wait awhile before I write a review to truely test a product, not just out the box. 6 months later with heavy gaming use i write my review. I play guild wars, half life, diablo 2, battlefield 2 and 2492, oblivion, dark avatar zero hours etc... Video card at highest settings and never let me down. smooth. works great. I am actually buying another now to do the dual sli thingy, lol.

Overall Review: Keep in mind your video card is just one component and works with the others, cpu ram and motherboard. If you have a weak link, it will work to the weakest link. So make sure your system can not only handle your video card, but make it fly!