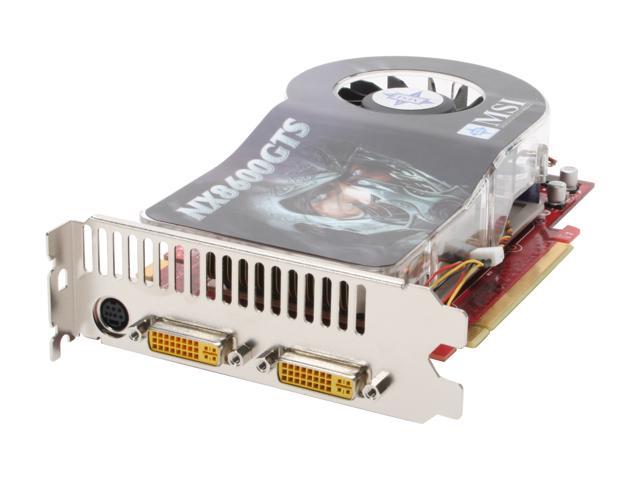 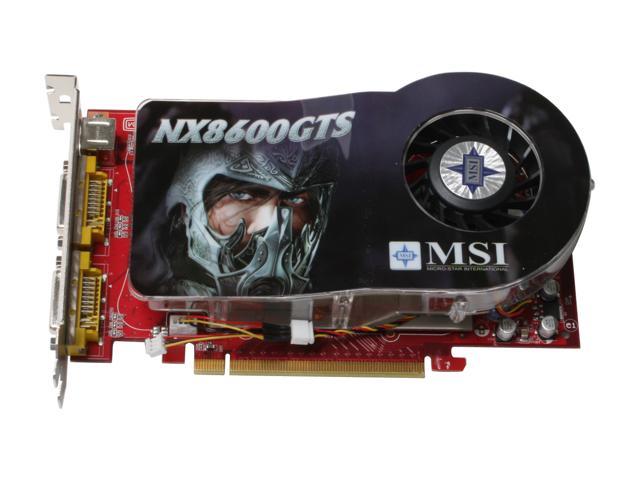 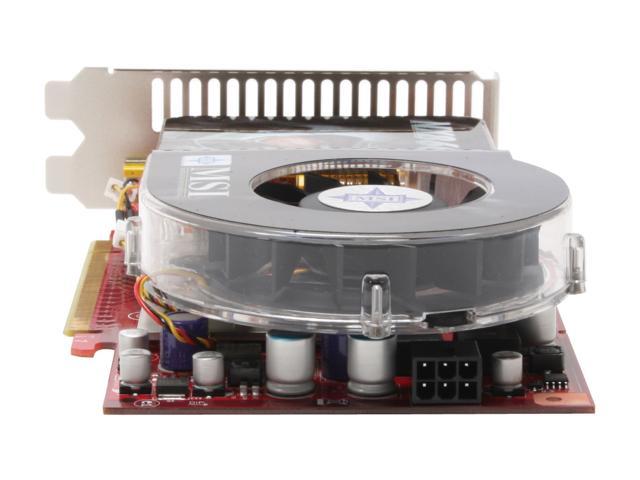 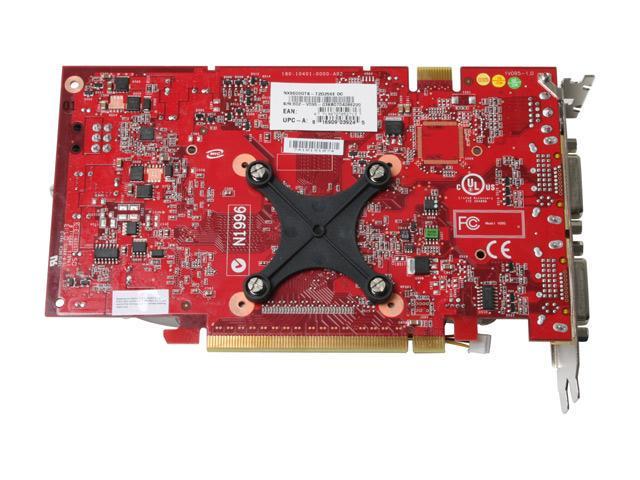 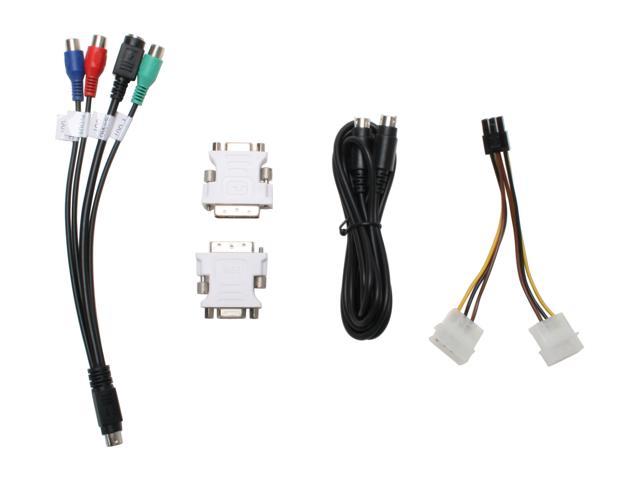 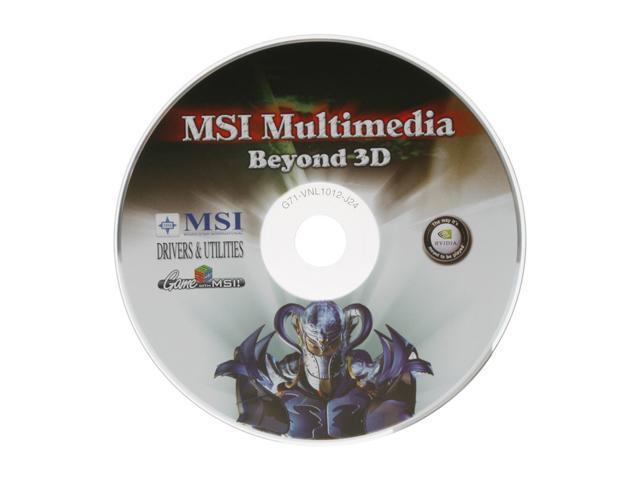 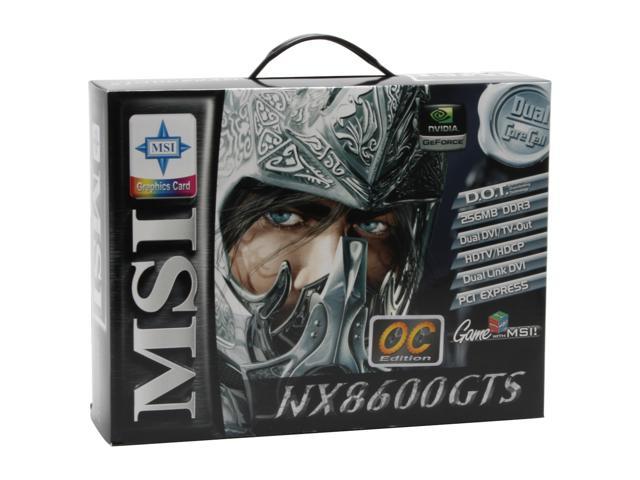 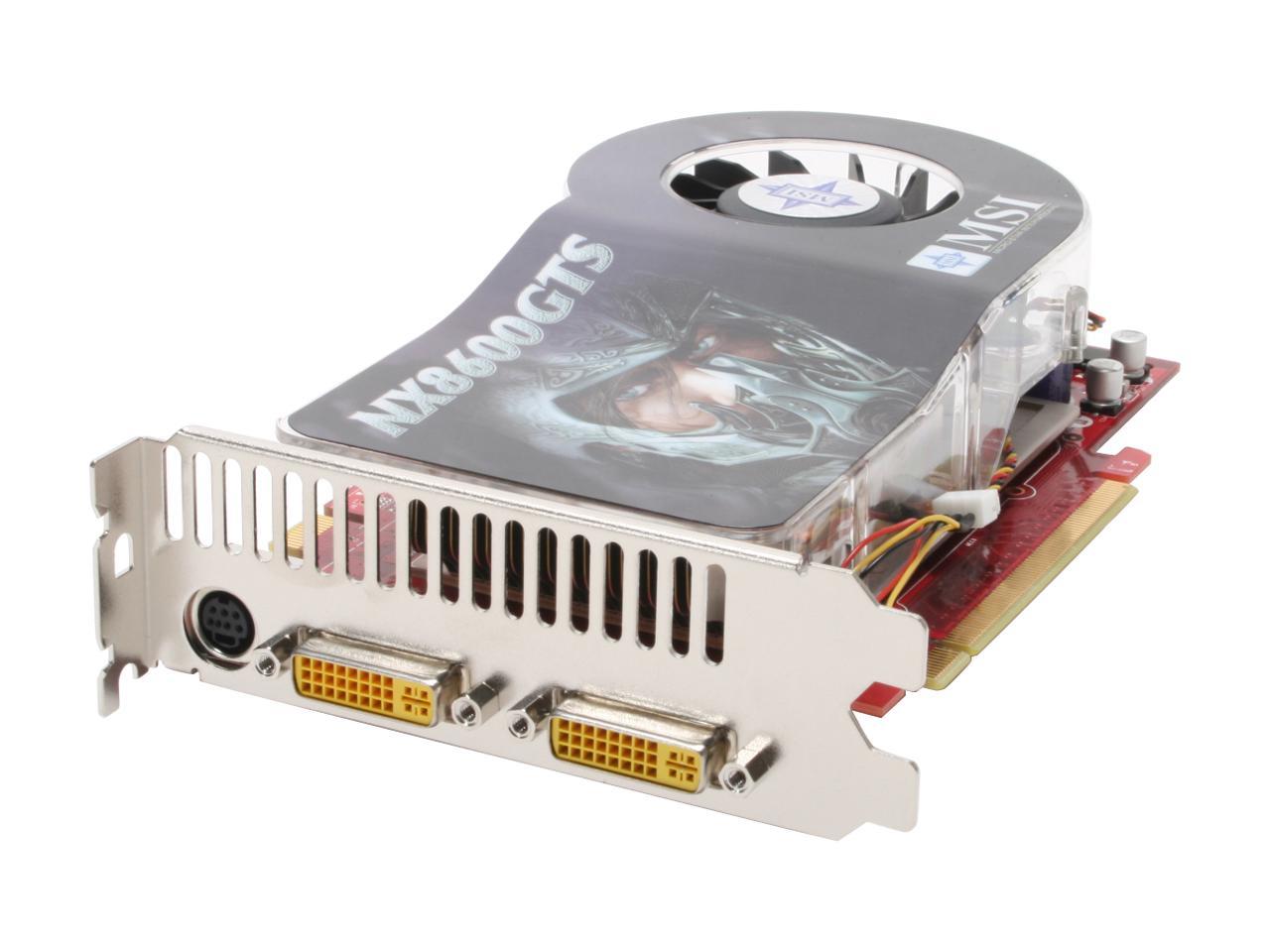 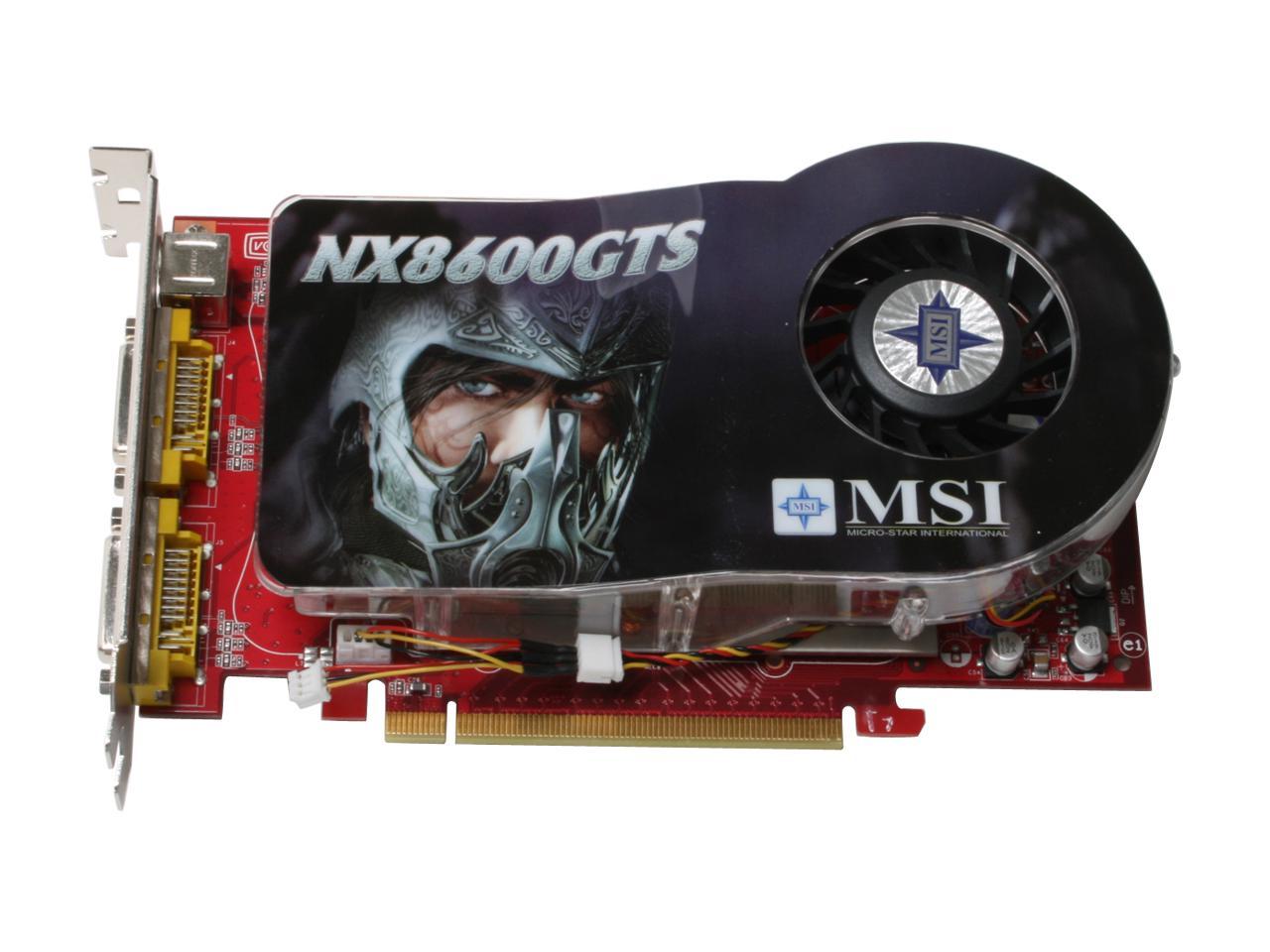 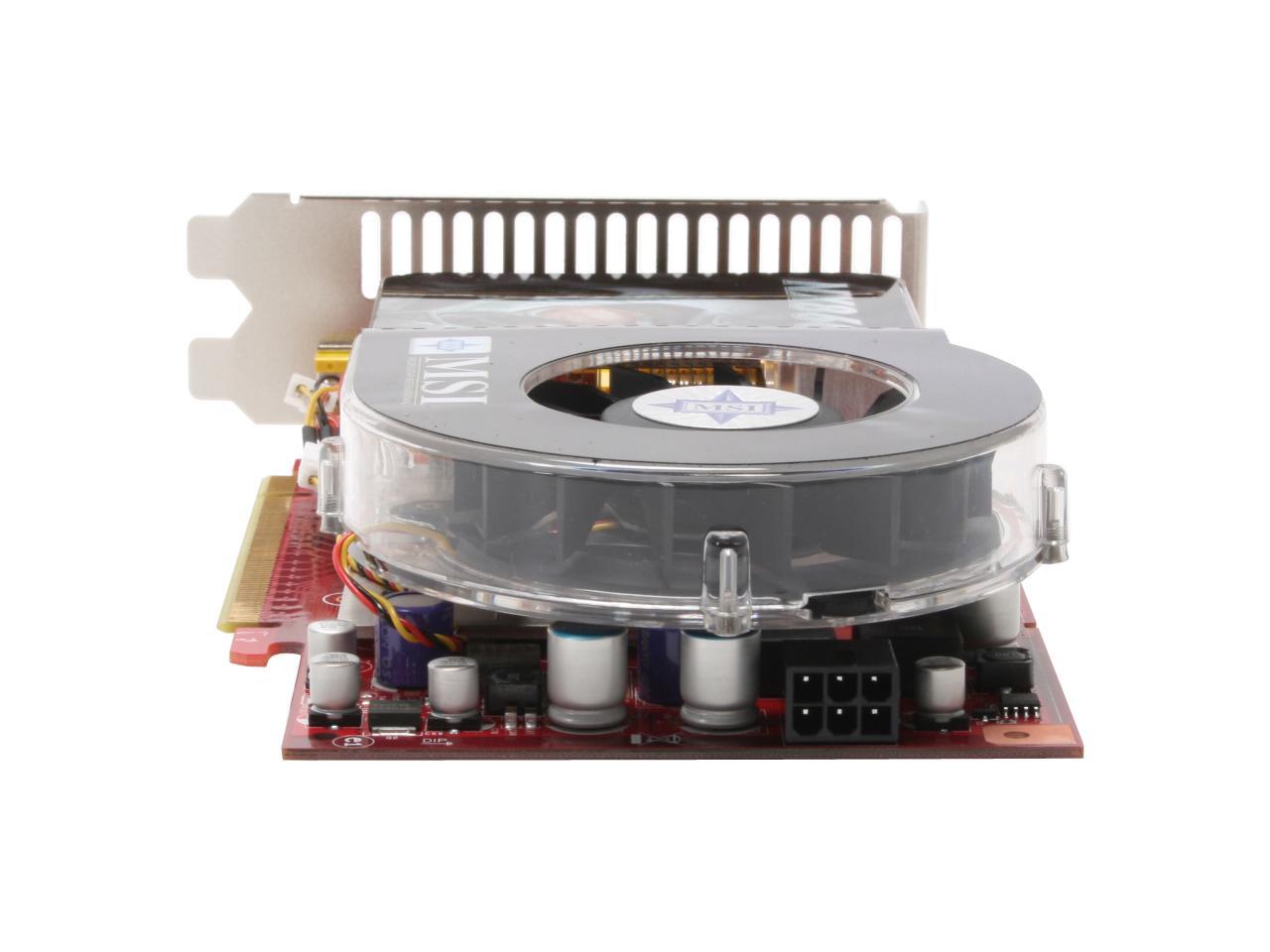 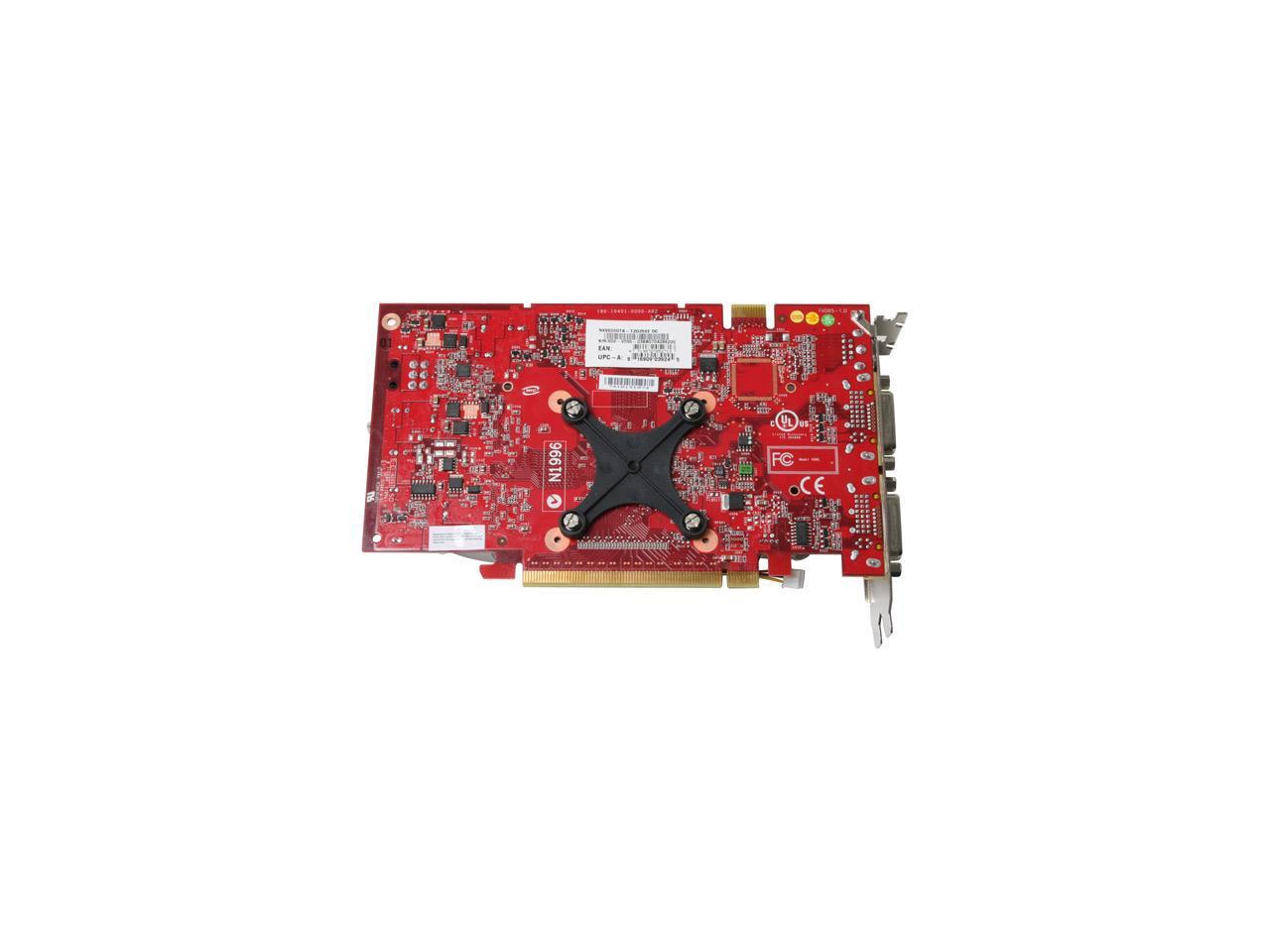 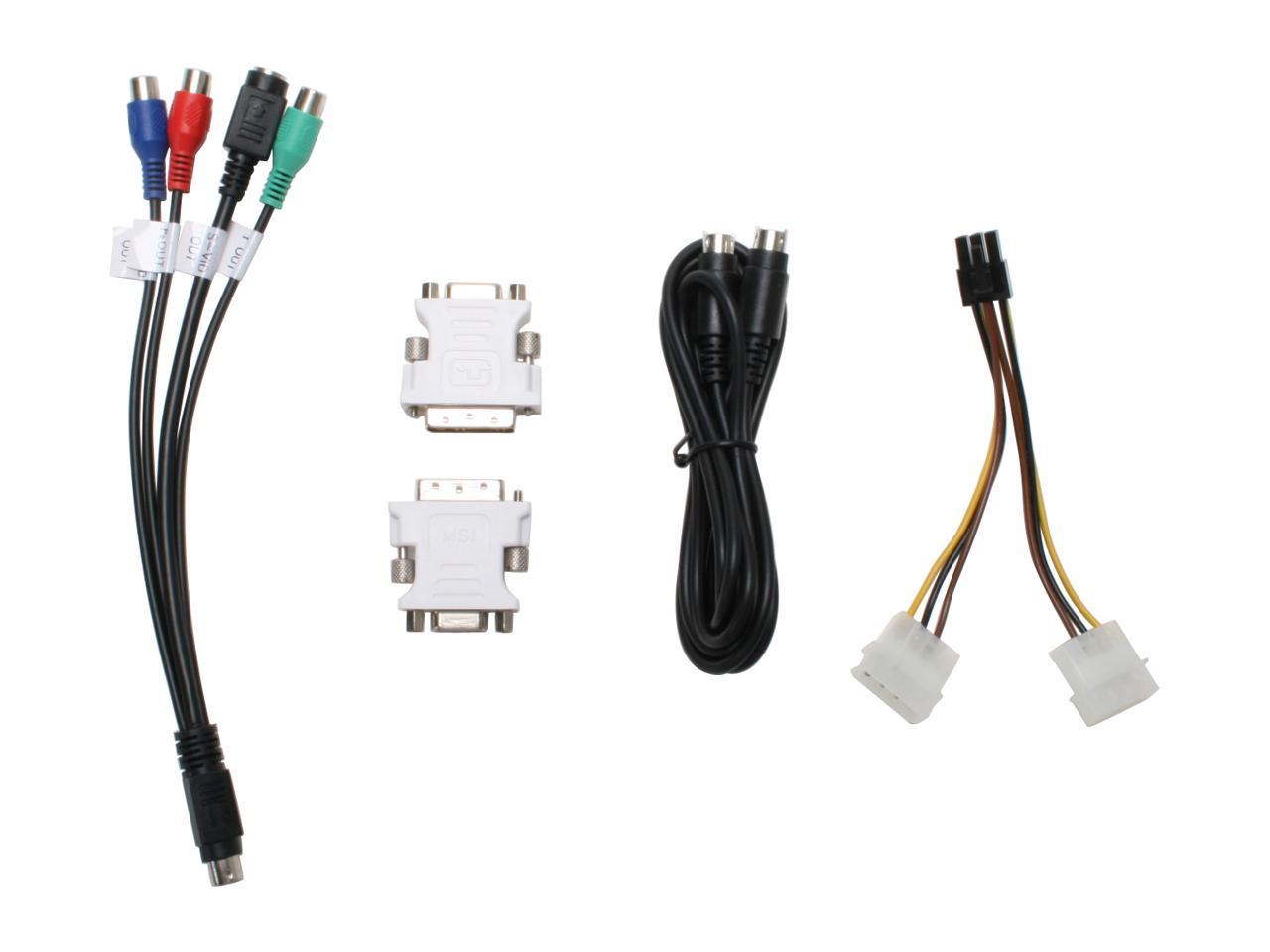 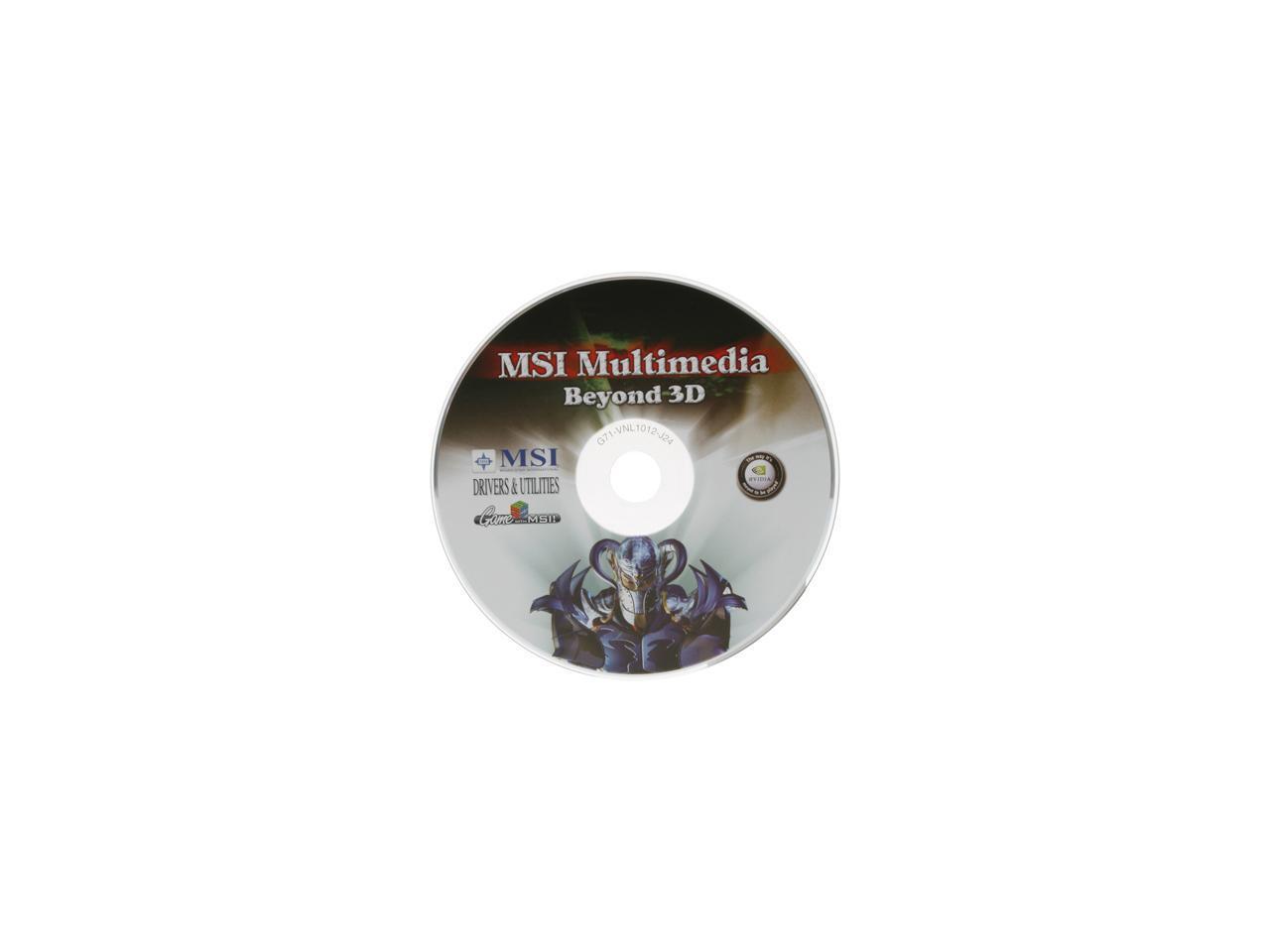 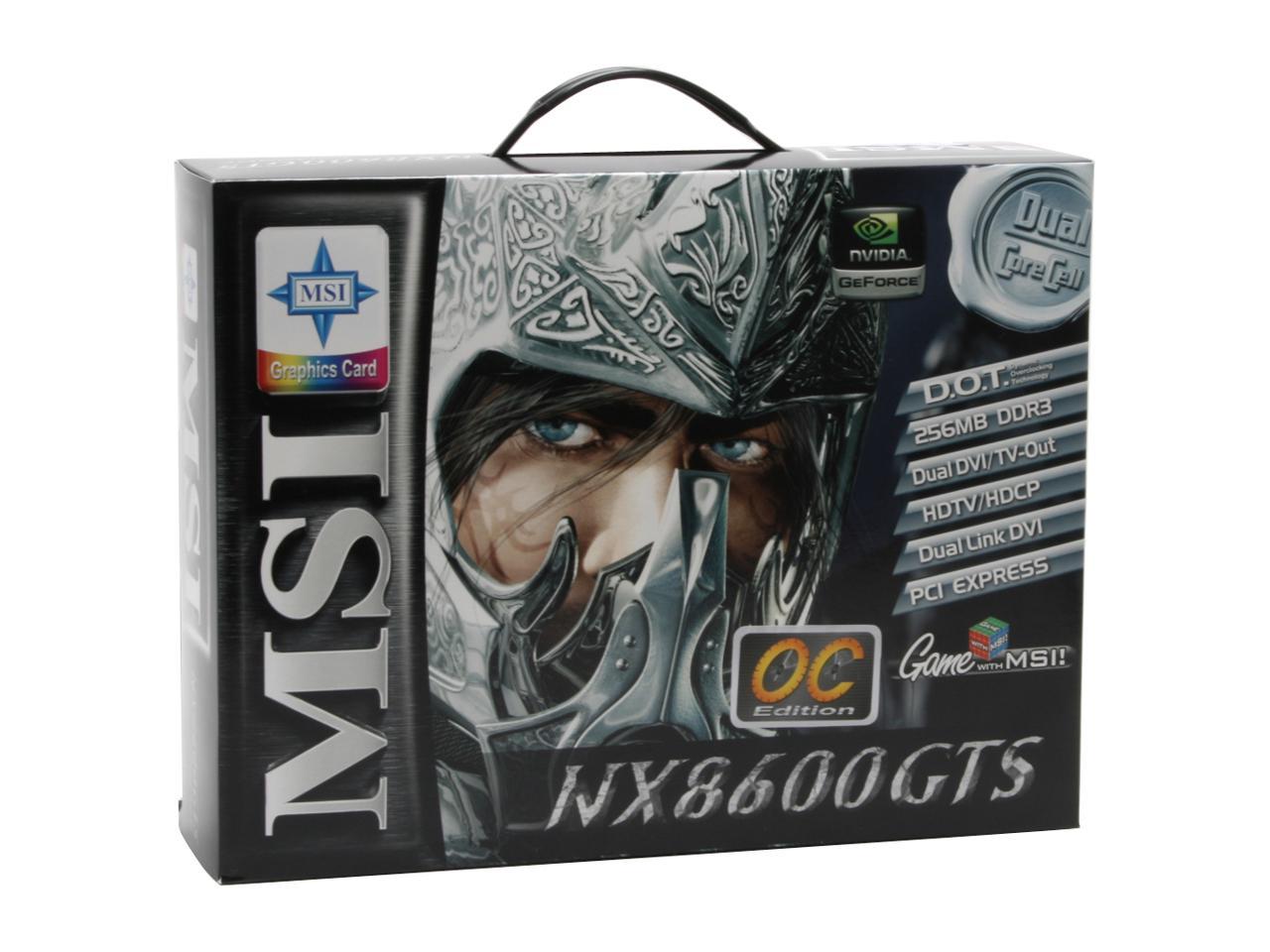 (360) Write a Review
OUT OF STOCK.
Overview
Specs
Reviews
MSI's NX8600GTS-T2D256E-OC video card is built on nVIDIA’s new GeForce 8600GTS core. The card packs in 256MB of GDDR3 memory. High Definition is the next big gaming challenge, so it's not surprising that it has dual DVI (dual link) outputs, along with component HDTV output. It fits nicely into a PCI Express x16 slot, supports nVidia SLI if you have two, and is fully DirectX 10 and OpenGL 2.0 compatible. What really makes the it special it is factory overclocked to 700 MHz core, 2100 MHz memory.
A stock GeForce 8600GTS videocard hums along at 675 MHz and 2000 MHz respectively. MSI takes advantage of the time since the 8800 series launched for nVIDIA to move from a 90nm fabrication process to 80nm, so the GeForce 8600 now uses faster clock speeds on the core, unified shaders and memory. To top things off, it has a sweet custom dual slot cooler that connects the heatsink to a finned radiator, and apparently keeps the GeForce 8600GTS ~15 degrees Celsius cooler than the reference design! The fan blows cooling air through a duct and across the cooler but there's a sizeable gap between the heat exchanger and the vented bracket.
It comes with an S-Video cable, a component output cable dongle, two DVI-to-Analog converters and a dual molex to six pin power connector. Swimming strongly through the confusion of mainstream cards, this 8600GTS card from MSI could be a strong finisher in the race to the top of the heap!

Pros: i chose this card over a few other based on price, other people ratings and a gut feeling. i am so glad i went with this card. it worked great right out of the box! it was mentioned not to use the drivers from MSI and only get them from nvidia, which i did. all of my games run crisp and fast with no clipping.the fan is quiet( cant tell since i have 5 fans in my case, haha) and i have temp probe on the headsink which runs at 35c which is a tad higher than my CPU (q6600 @ 29c) temp.its big and takes up 2 slots on my MB, just make sure that your northbridge heatsink is far enough away for the fan and cover to fit. EQII, Battlefield 1942, WoW and some of my other games runs real smooth on high settings.no cliping at all this card is a real no brainer! this card is awesome.

Cons: if i had one, it would be here

Pros: A beautiful product, graphics are really nice. Much better than my old 5200, The witcher is a great game decent graphics, nice and open story line. GPU is very easy to over clock.

Cons: my fan dosent work, but could be that I don't have a big enough power supply to push it, only 300 watts not the recomended 400 watts. Maybe I have to small cpu 2.66 cel d causes lag and unexpected shutoffs on the witcher game.

Overall Review: Next on list is to buy the Earth Watts EA 500 watt power supply and a Wolfdale 2.53 ghz LGA 775 Core 2duo, maybe fix the shut off of the game and fix the lag. I really hope fix the fan on graphics card.

Overall Review: Shame i didn't wait to buy the 8800 the price dropped on that significantly

Pros: Sweet spot in price/performance. Probably the ideal video card with current technology if you aren't needing hard core gaming speed. 5.6 VISTA score. Handles everything I throw at it.

Cons: The cooling...it is extremely noisy...I read other folks feedback to swap the cable. I tried that and it did quiet things down. While I was burning in the system, I found the fan would intermittantly stop and the heat sync/pipe would get extremely hot! I checked it out while it was failing and it seemed to be locked up electrically (opposing emf keeping it from spinning). I swapped it back to the stock position and ordered a passive cooing system (Accelero S1 VGA Cooler) to cool it down quietly.

Overall Review: I would give it 5 eggs if the cooler was acceptably quiet. It's still a good video card but people need to know it will be noisy. I would caution using the other plug on the card as it seems to have caused failures in other people's video cards. Keep an eye open on the manufacturer's website to see what the other plug is really there for. My system: VISTA64 Business, Quad Core Q6600 oc'd to 3GHz, 4GB G.Skill, 1066 FSB, Gigabyte GA-P35-DS3L Mobo, 500GB Seagate SATA2, Zalman CPU cooler, COOLER MASTER Centurion 5 case, PC Power and Cooling Power Supply.

Pros: Well I gave the card an average rating because i did not get to use it for very long . i had it up and running for about five minutes and the fan went up in smoke. For the five minutes it worked what i did see looked great.

Cons: Its been a week and RMA status is still at 1 Not neweggs fault I Blame it on very slow service from U-- I sent it out on a monday and it took 5 days to get to newegg in the mean time i have had to revert back to a pathetic old Radeon x550.

Overall Review: Will update my review when i receive the new card if what i saw looks as good as what i saw before the fan fried i am sure i will be very pleased with the card

Pros: halo on this built computer looks like a whole new game compared to my old dell dimension half life 2 runs perfectly smooth (quite a high performance game)

Cons: pretty big may not fit into every case DO NOT INSTALL PROVIDED DRIVERS GET FROM MSI SITE

Overall Review: was confused wuth one small wire coming out of card but everything has been working fine (did not connect it to anywhre)

Cons: Bought two for sli for travel rig but too large for 939 board. The cards were not that big back then. My fault. But tried one and was very happy will leave alone.