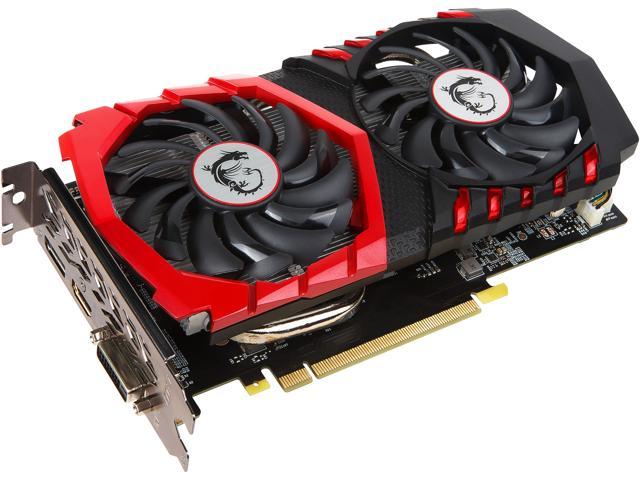 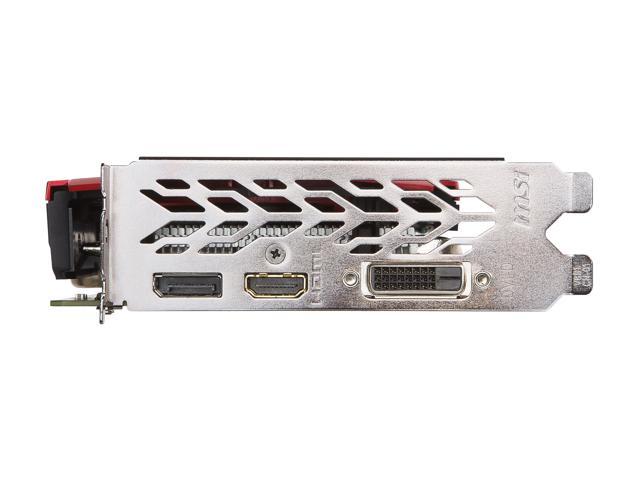 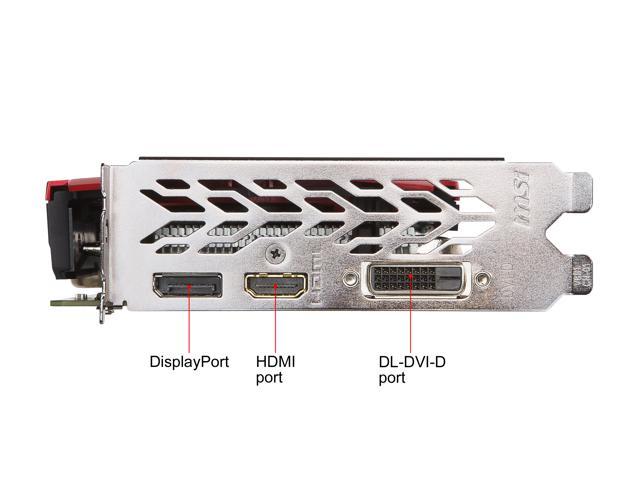 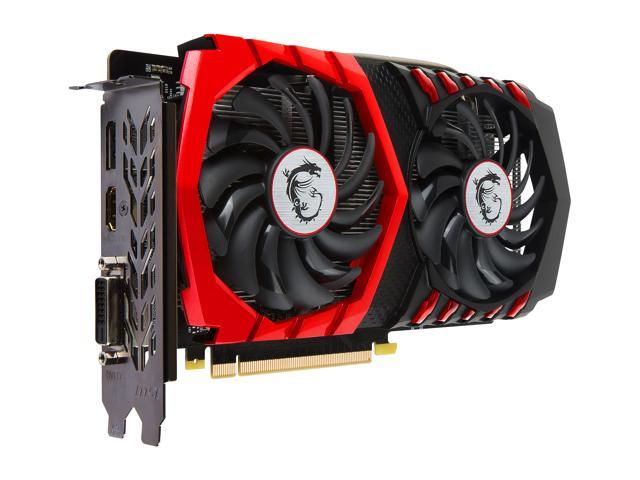 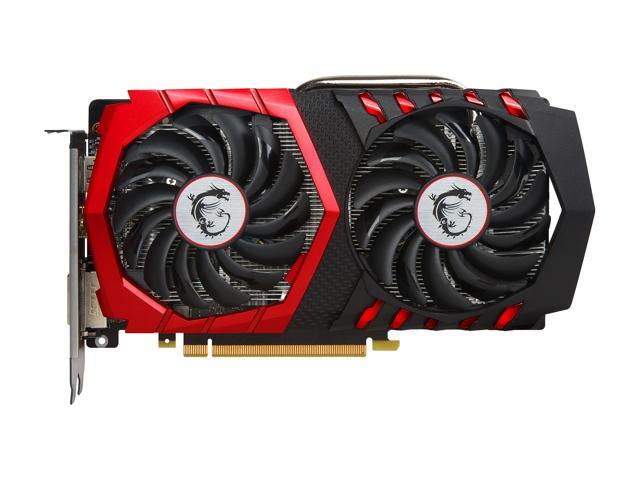 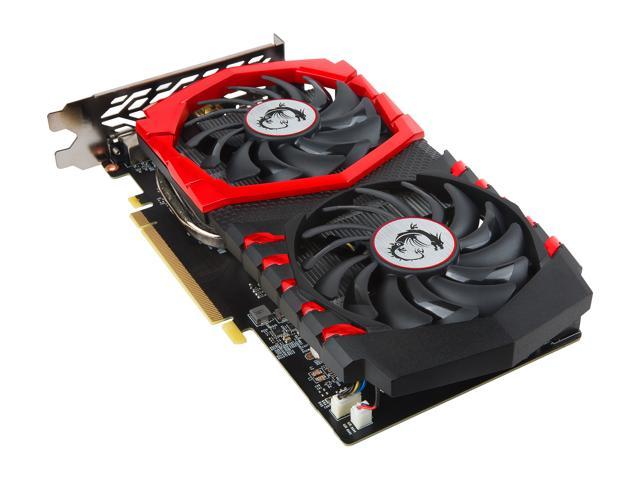 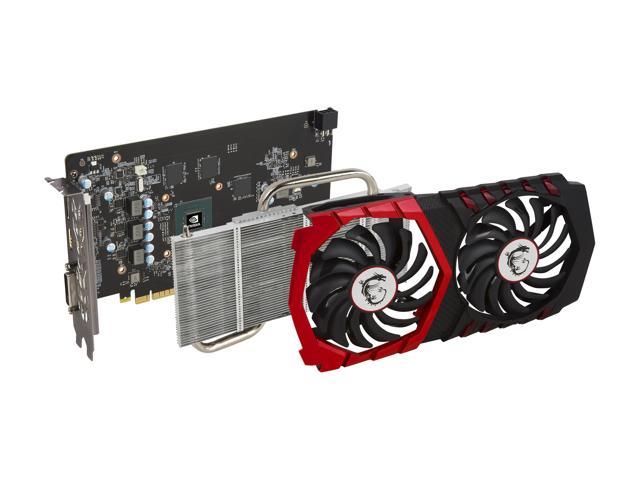 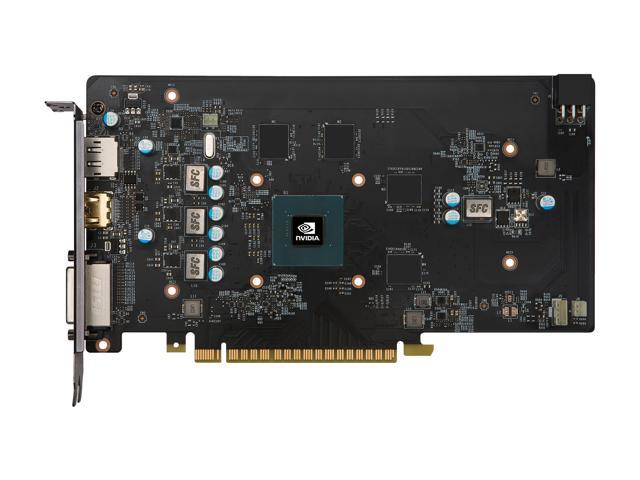 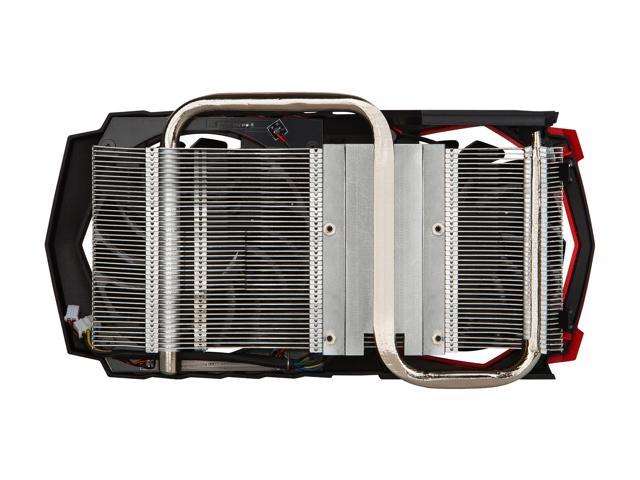 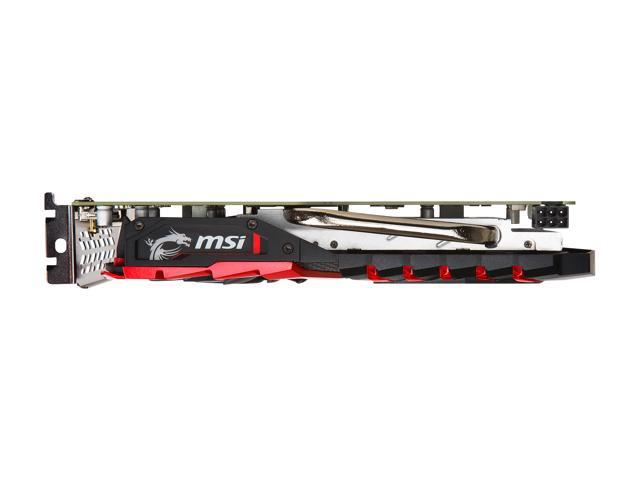 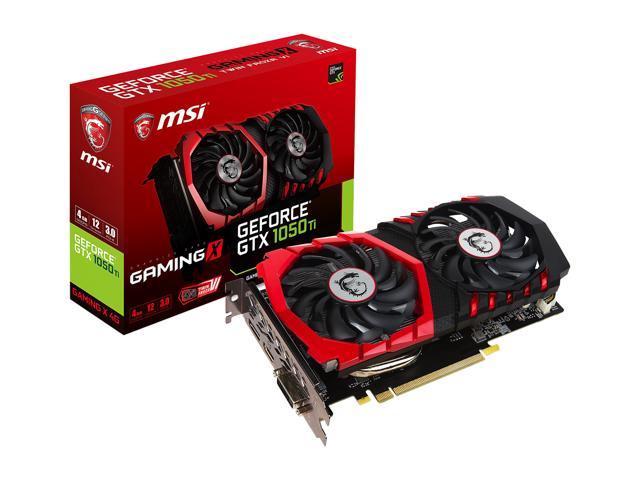 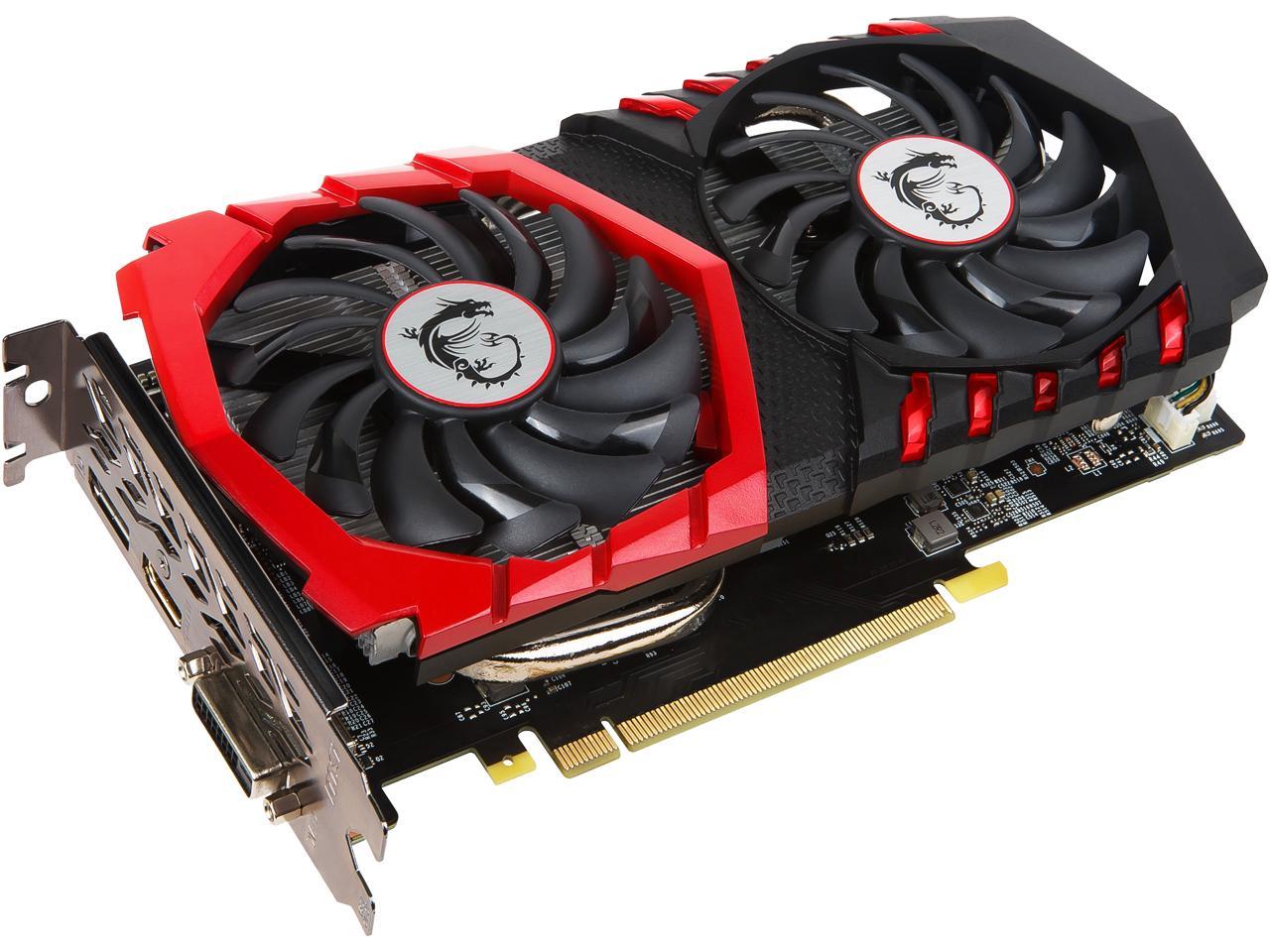 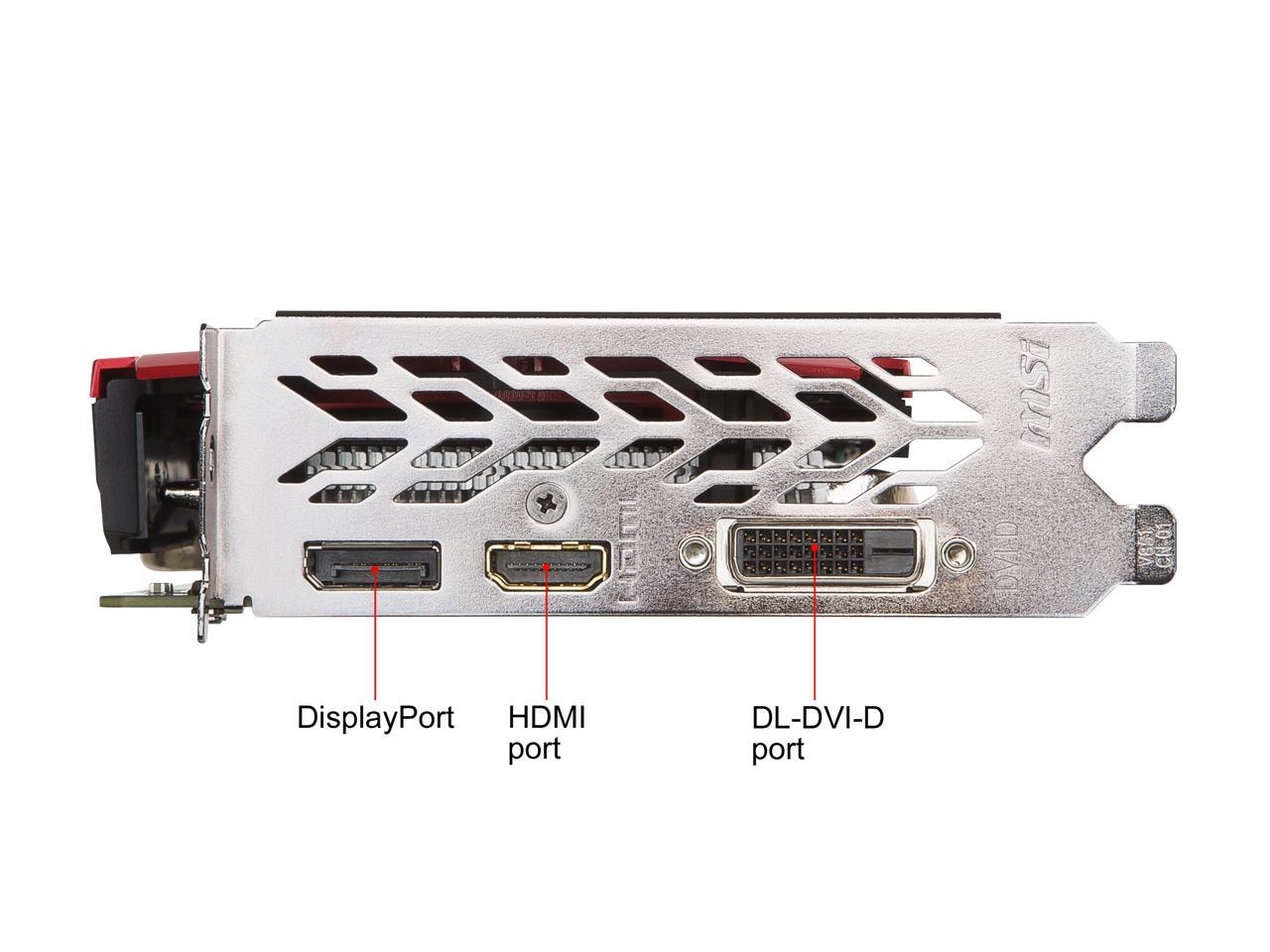 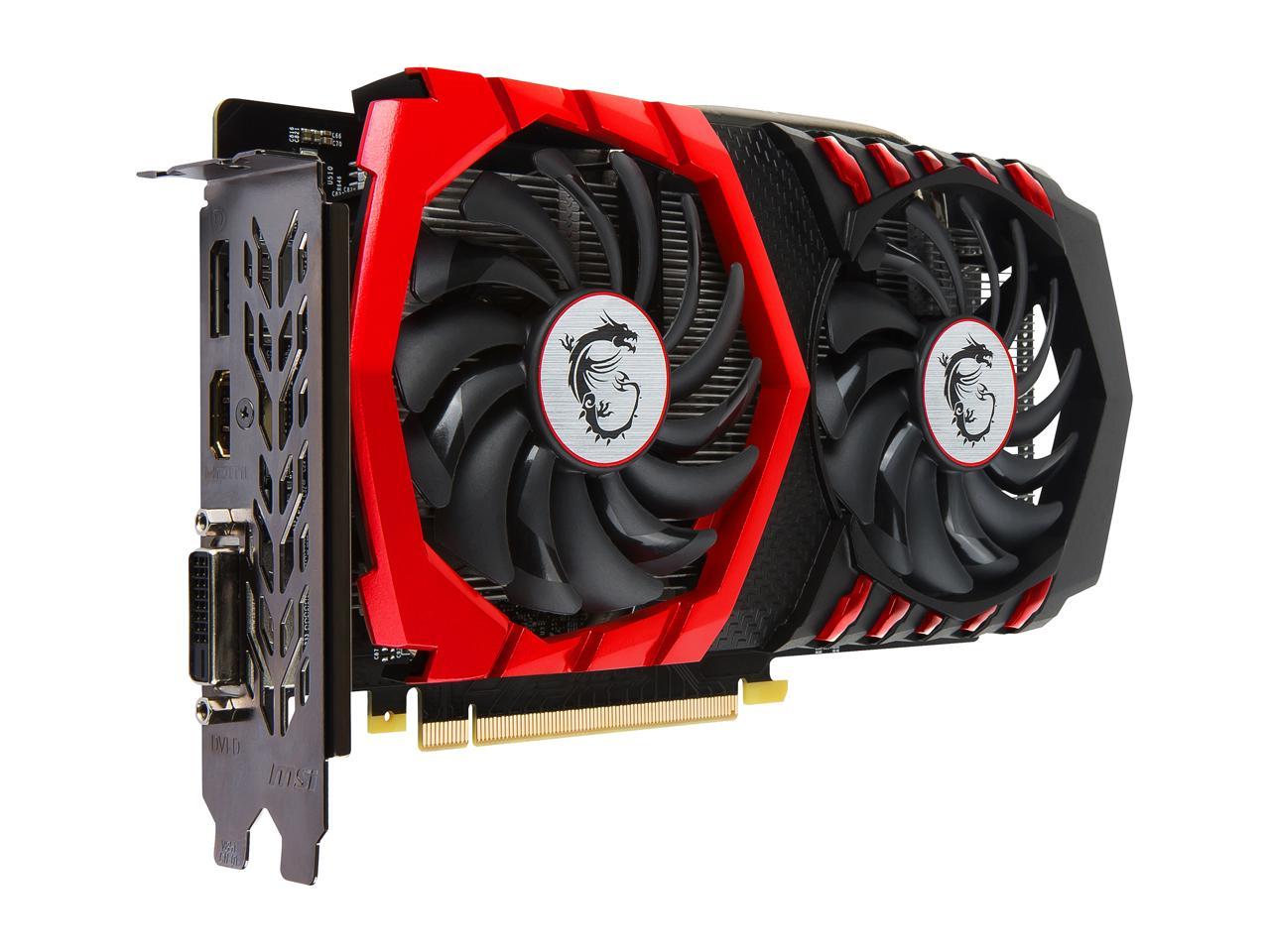 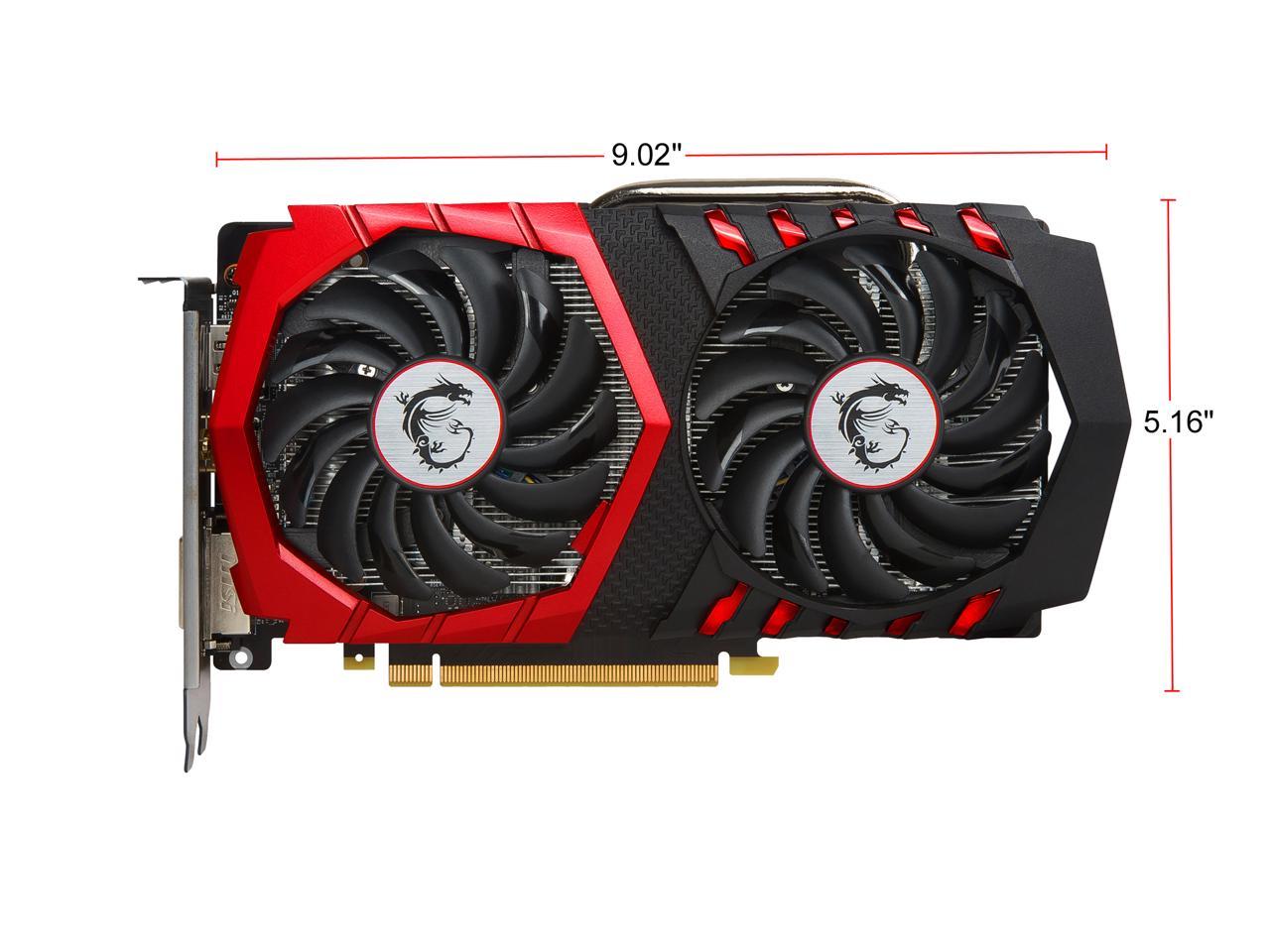 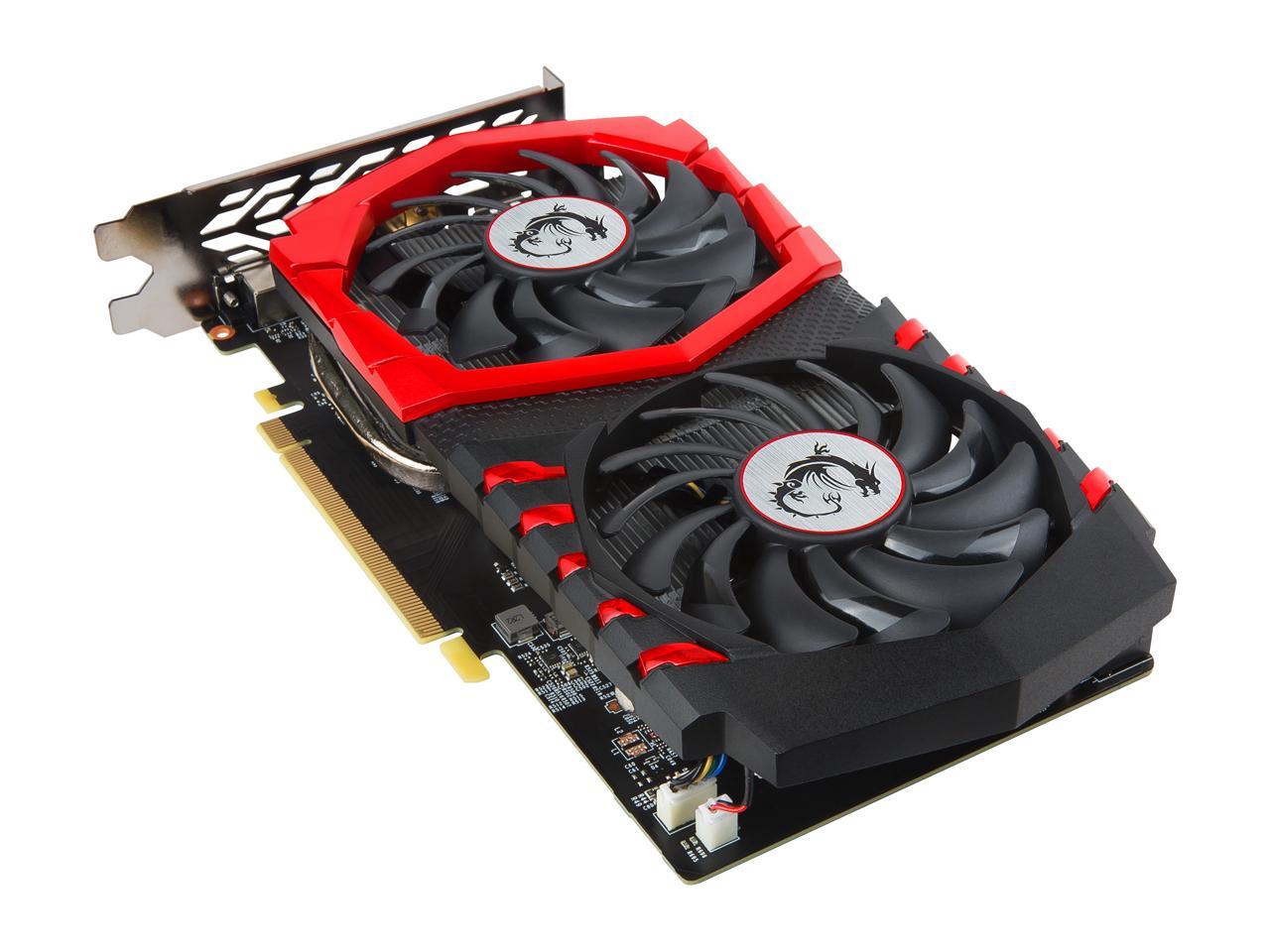 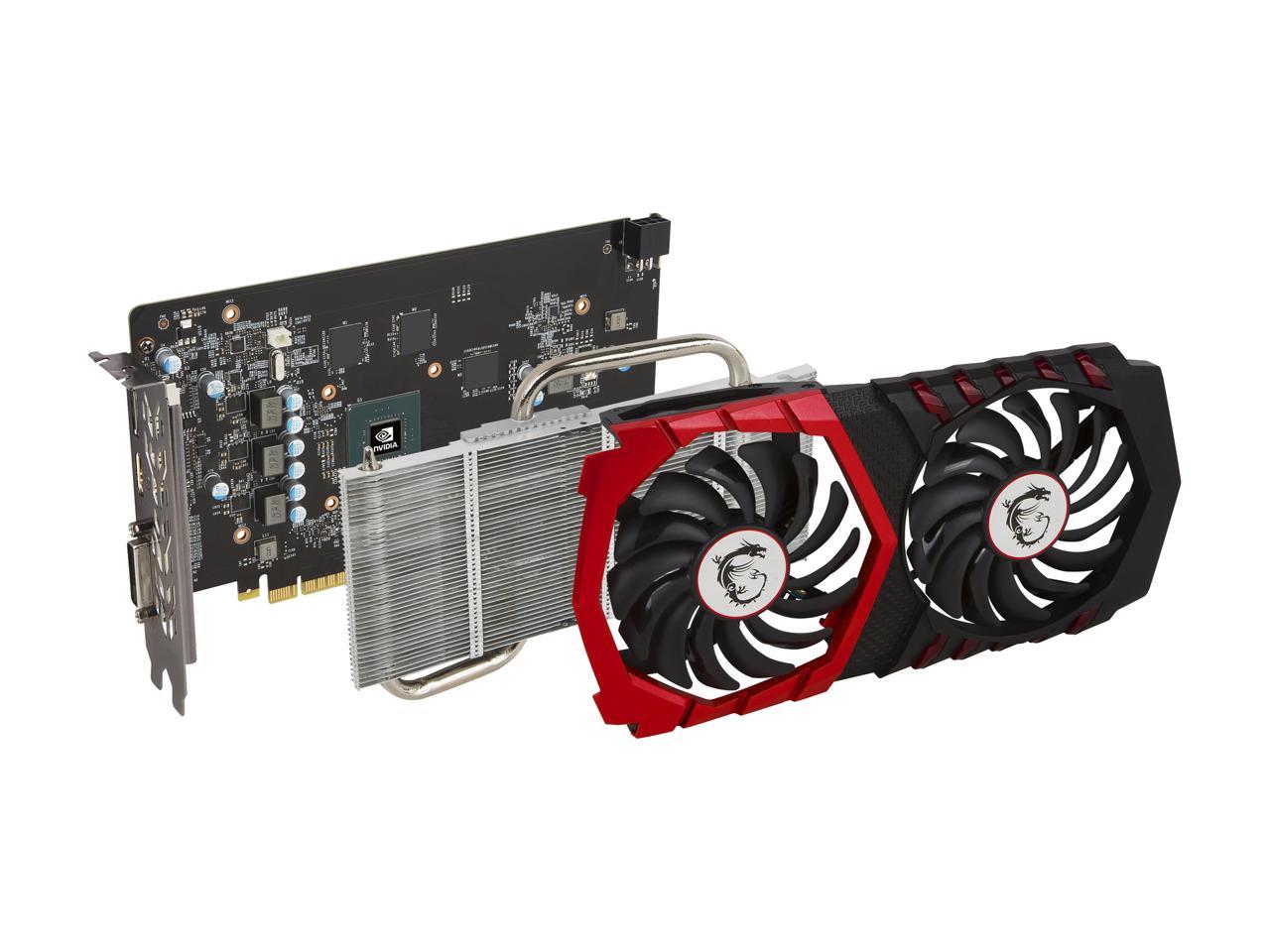 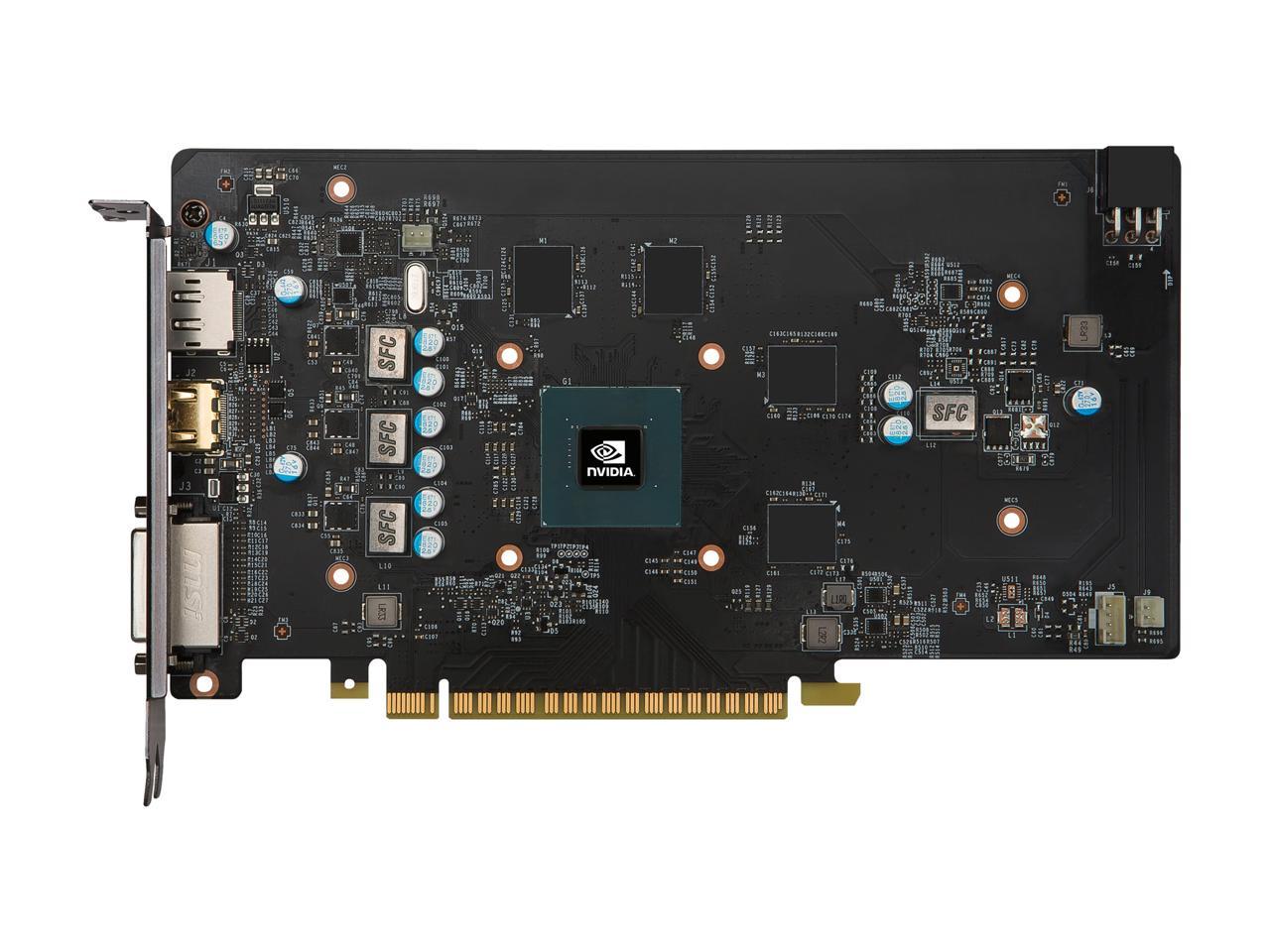 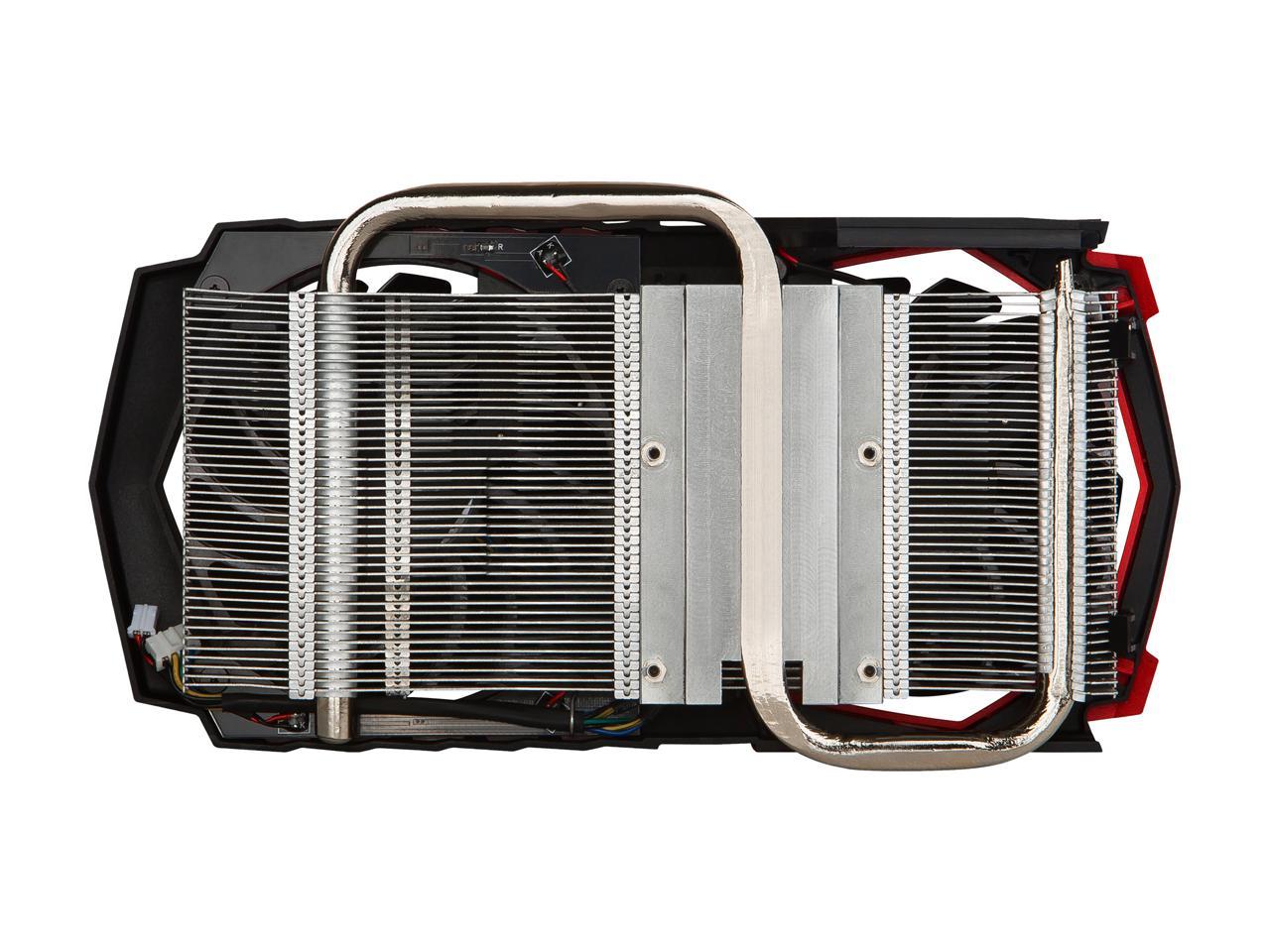 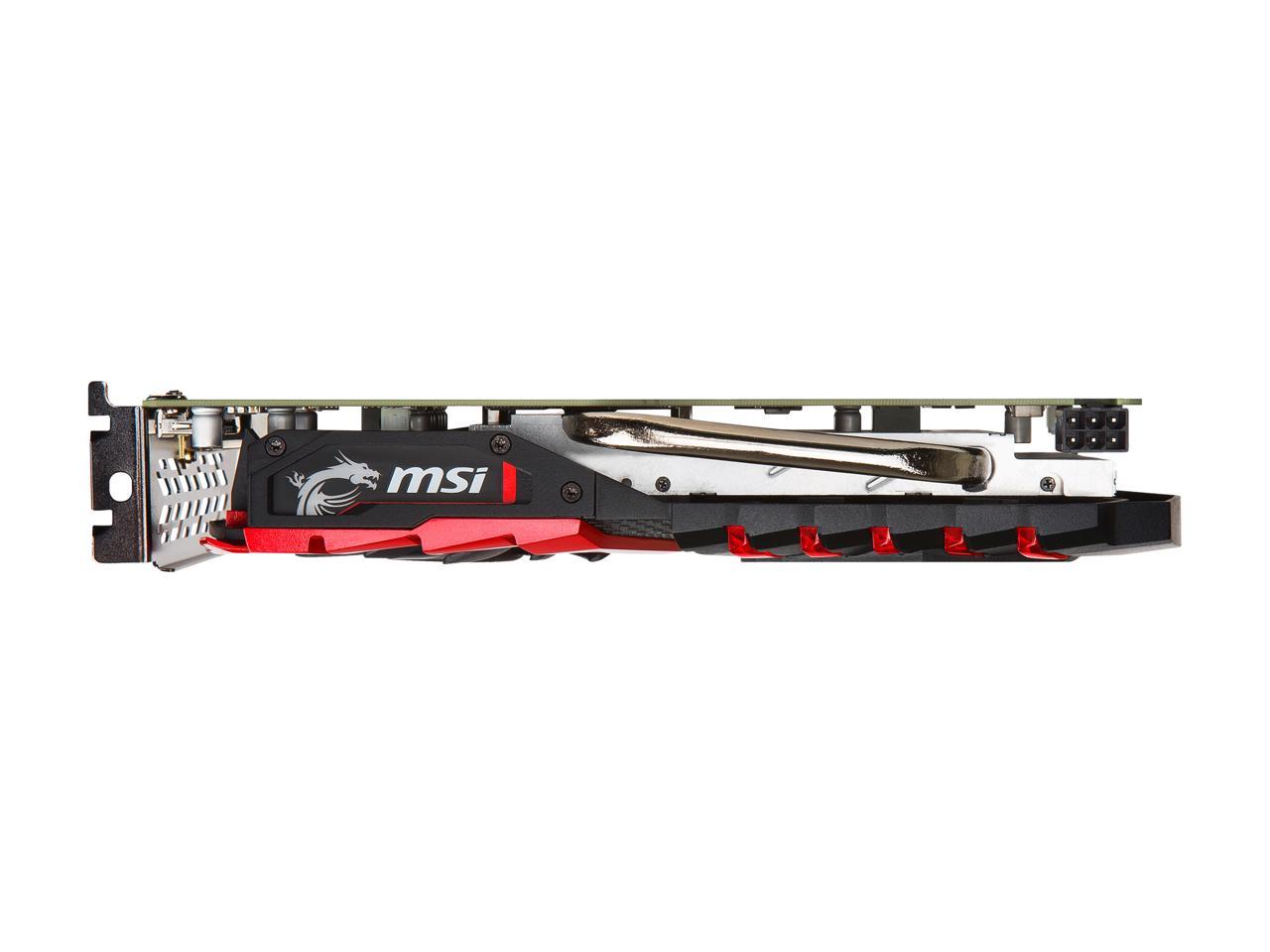 The MSI Gaming App allows for one-click performance profiles that unlock extra performance for gaming or keep your card silent during light use. It also features the EyeRest tab, giving you easy access to image quality improving technology. The LED control tab gives you full control over your MSI GAMING LED lights to set the mood. Real-time monitoring of GPU Core, DRAM Frequency, GPU & CPU Temperatures and much more, in game or in other fullscreen applications, customizable to your preference. The exclusive MSI Gaming App is now also available for Android so you can control your graphics card from your phone without having to switch to Windows.

Pros: This card has very High Headroom for over clocking due to the 6 pin connection which allowed it to get up to 1900 MHz. It was able to play all my games at max settings at 1080 p and still get above 60 fps. I play Quantum Break, Overwatch, Witcher 3, and Battlefield 1.

Cons: It did not come with a badge for my case

Overall Review: I used this for my first build. I went against a lot of advice to the contrary and bought it based on price. It runs all the games I've tried with it without any issues. I would recommend this to anyone looking for a fast card for a lower price for their first build.

Cons: nothing notable as of yet

Pros: -Bought this card to replace my GTX 750Ti and it was definitely worth it! I get more fps in most of my games. -OC this card gave me a few more frames.

Overall Review: -I recommend it if you're looking to replace an older card

Pros: - Worked out of the box! - Looks nice - LED's are a nice Bonus - Can run World of Warcraft at Max settings - Great Price! - SILENT!

Overall Review: - Bought this to play WoW with, and it runs FLAWLESSLY at max settings. Runs quietly, have not had an issue with it.

Manufacturer Response:
Dear Valued Customer, Thank you for sharing your experience with the MSI product! If you ever require technical assistance, please feel free to contact our technical support department directly at 626.271.1004 from M to F, 9am to 6pm Pacific Standard Time. Thanks for choosing MSI! Best Regards, MSI Review Team
Christian C.
Ownership: 1 month to 1 year
Verified Owner
Excellent price for the beginner2/17/2020 10:36:01 AM

Pros: Get right into gaming for a decent price Can run AAA games for 5 years back at decent settings(with properly paired CPU) Can fit in nearly every build. Stays cool even in a HEAVY overclock Quiet, near noiseless.

Cons: You will need to upgrade relatively soon to play modern games at medium and higher settings Not SLI capable There are super affordable 8gb cards on the market that are more realistic going forward.

Overall Review: If you're unsure about getting into PC gaming and don't want to pay 1k for a decent build, this is a great option for a first build, just don't buy less than a 9th gen i5 or higher, you will regret it. Though if you're going for a compact build i gotta say, with its large OC headroom this is a great card. Would buy again for siblings build so they can play Overwatch, Fortnite and those types of games. Depends on what you're trying to accomplish.

Pros: Good quality, Easy to install and the After Burner Software is very user friendly.

Pros: -Awesome GPU for a Awesome Price when I got it. as of now no complaints yet. Will update t he review once I start running further test and running some games.