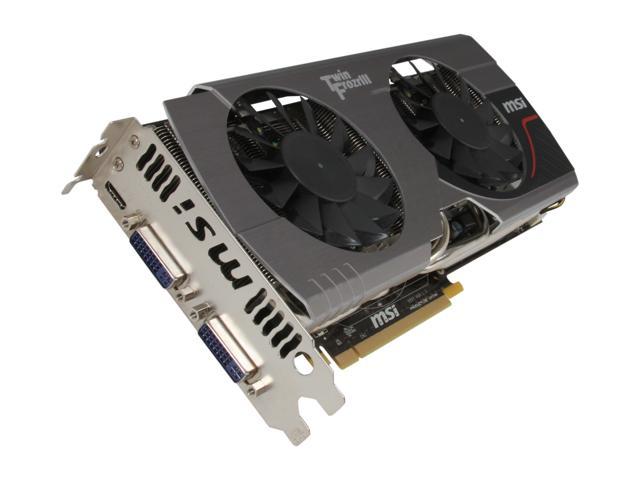 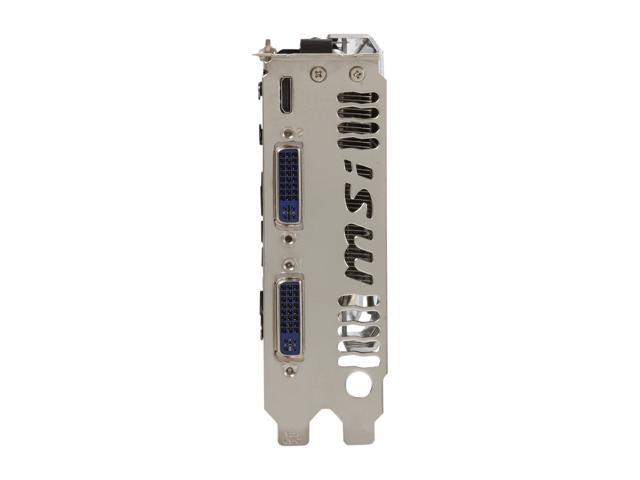 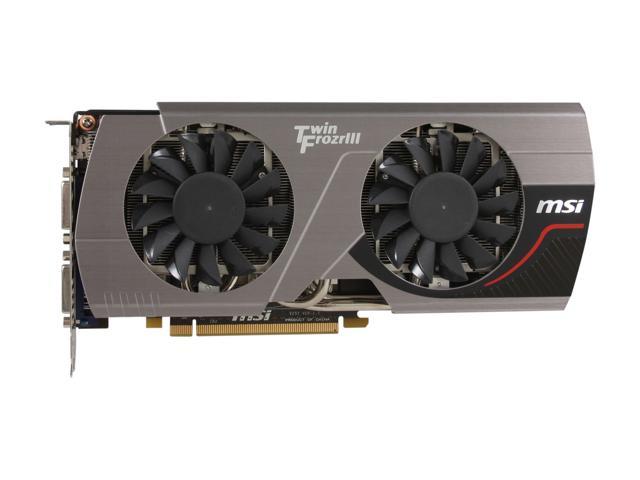 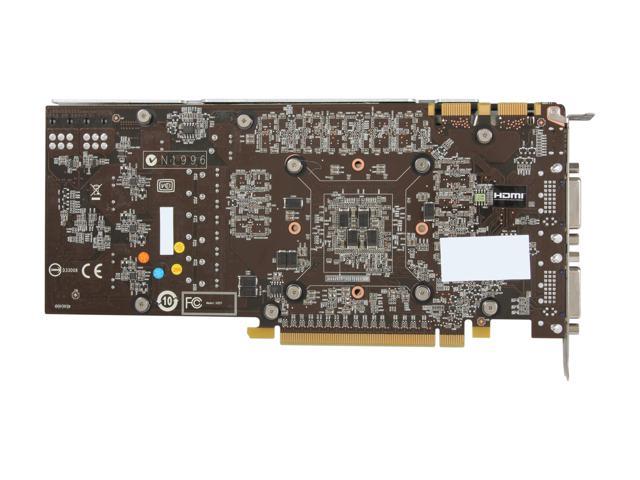 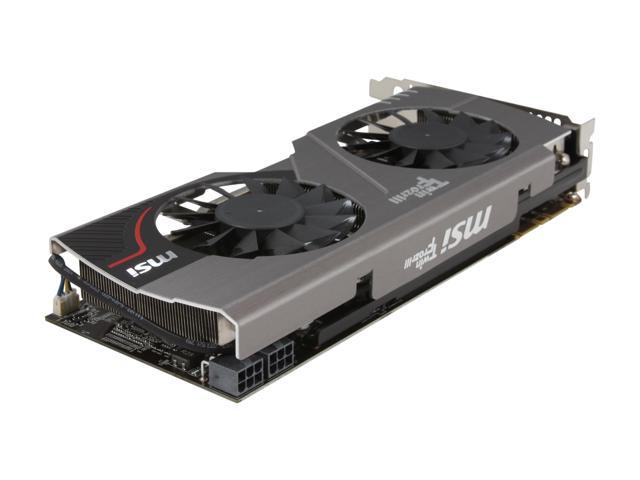 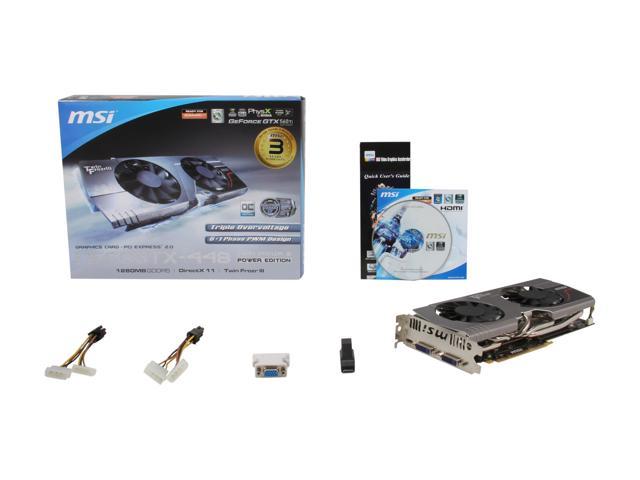 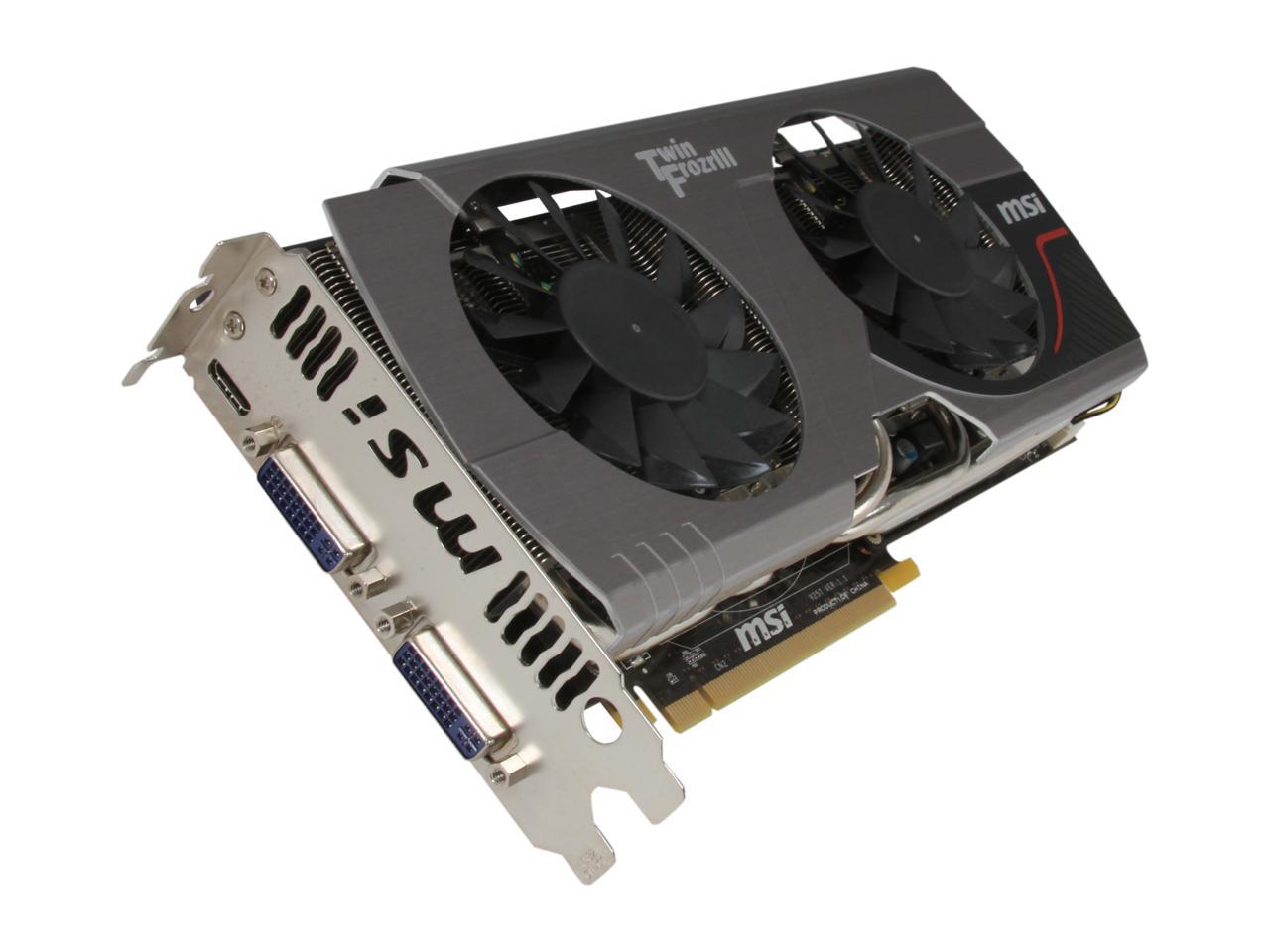 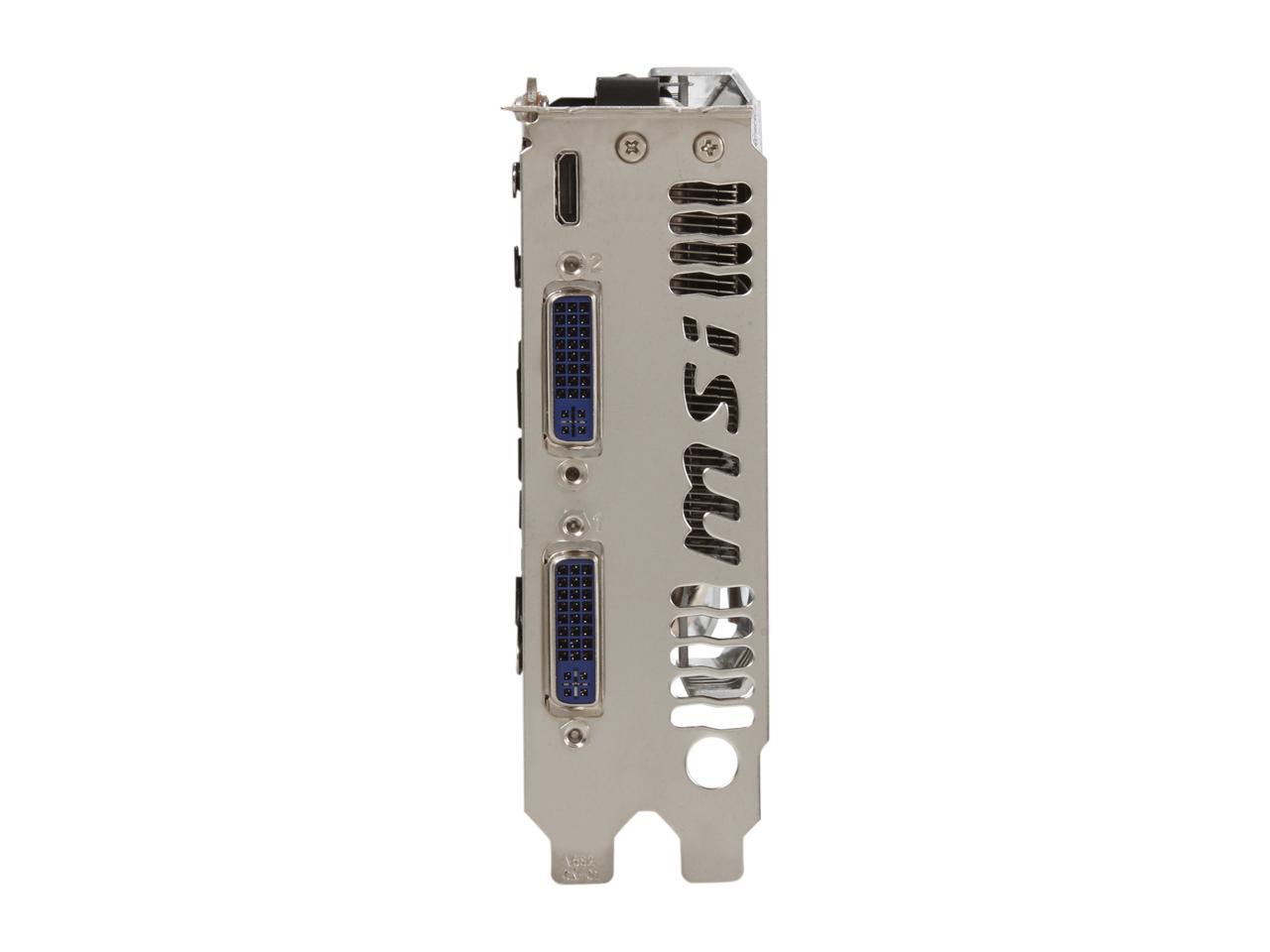 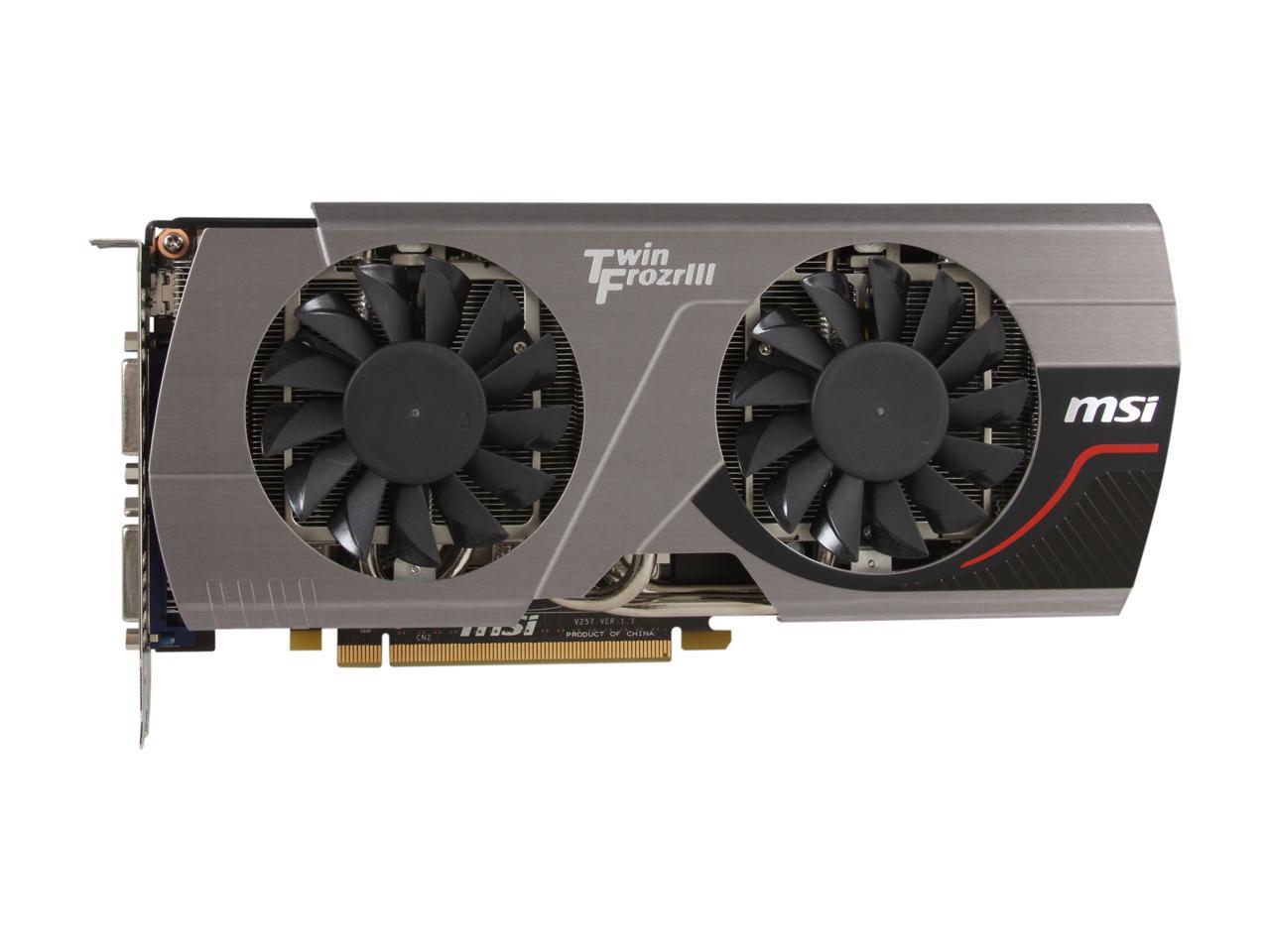 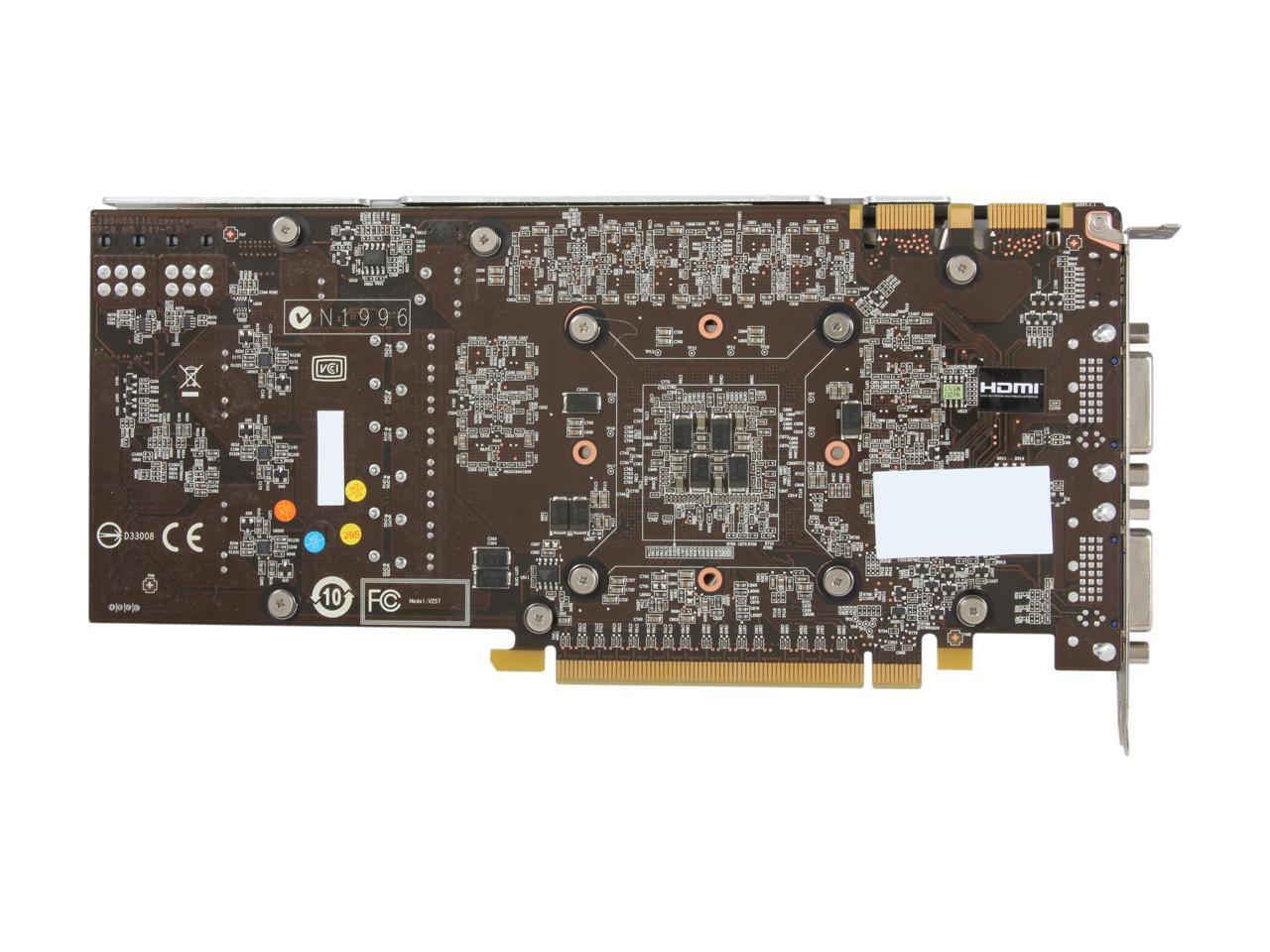 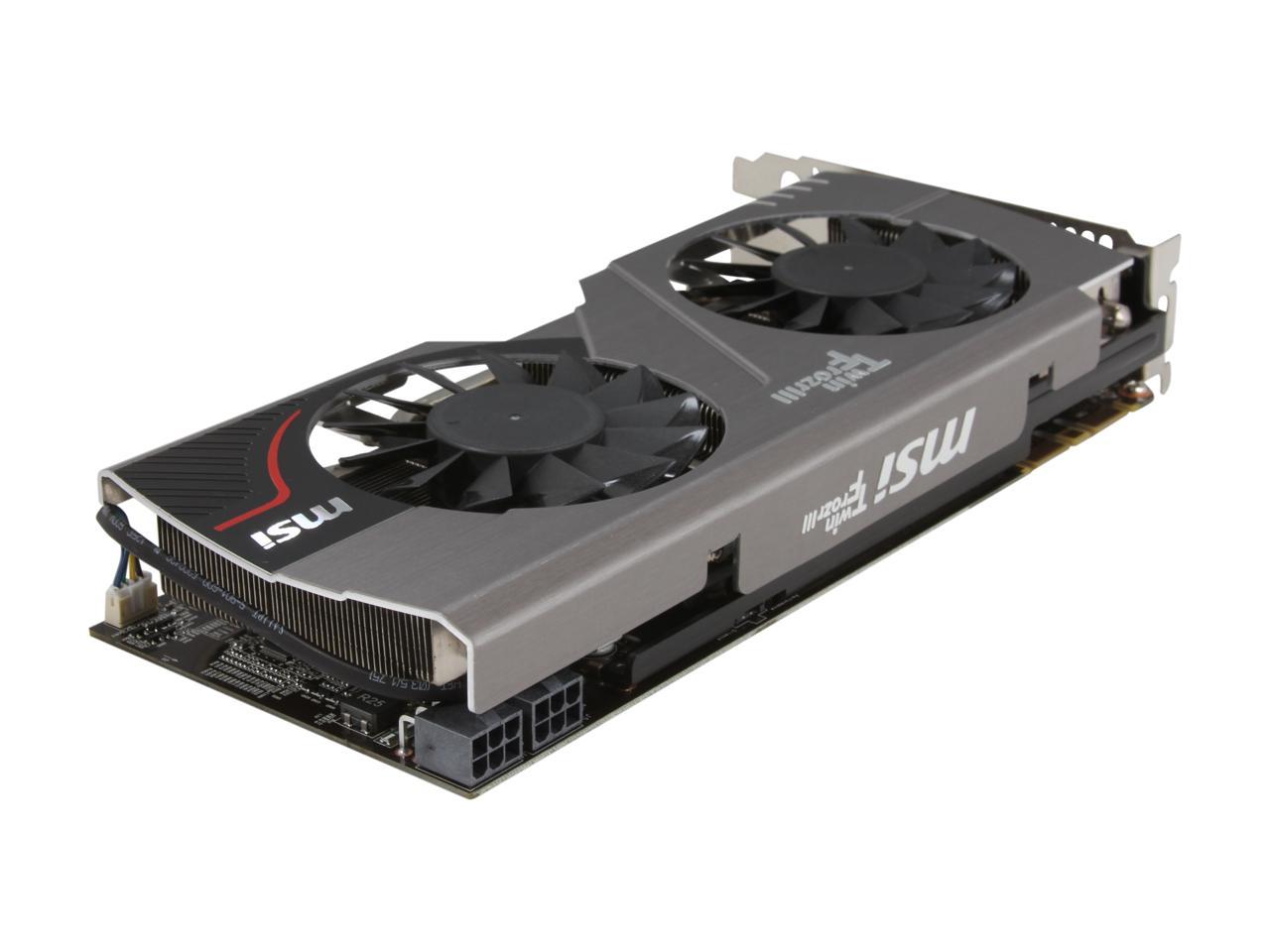 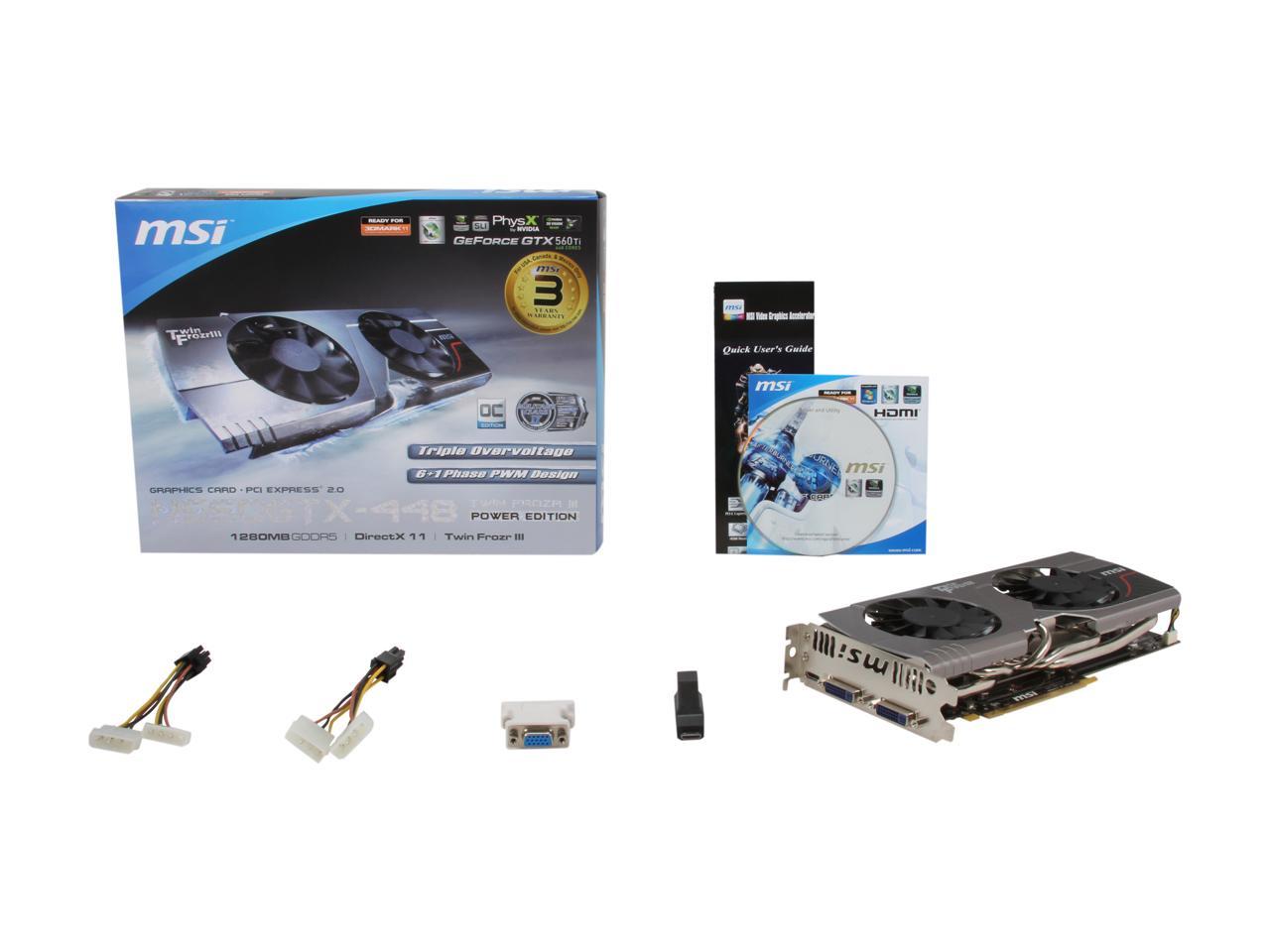 This means that the product has been opened, may show slight signs of use and cosmetic blemish, and may be missing minor accessories, but remain in excellent condition. Product does not come with warranty unless stated otherwise in product description.
Comes with video card only, no additional accessories.
In stock.
Ships from United States.
Overview
Specs

The MSIN560GTX-Ti 448 Twin Frozr III PE/OC features 448 units of CUDA cores and 1280MB memory size to provide ultimate performance and better gaming experience. It uses propeller blade technology which can increase airflow by 20% compared to traditional fan blades. Equipped with MSI advanced Twin Frozr III thermal design, it brings you an up to 66°C cooler and 30 dB quieter gaming experience while you rip through the latest titles. Furthermore, it uses the 6+1 phase PWM design to provide better overclock stability, along with Military Class II Components and triple overvoltage functions via MSI Afterburner that allow further evolution of the MSIN560GTX-Ti 448 Twin Frozr III PE/OC overclocking capability.  It has the most perfect performance blend of cooling, power components, stability, and high performance found on a graphics card today.