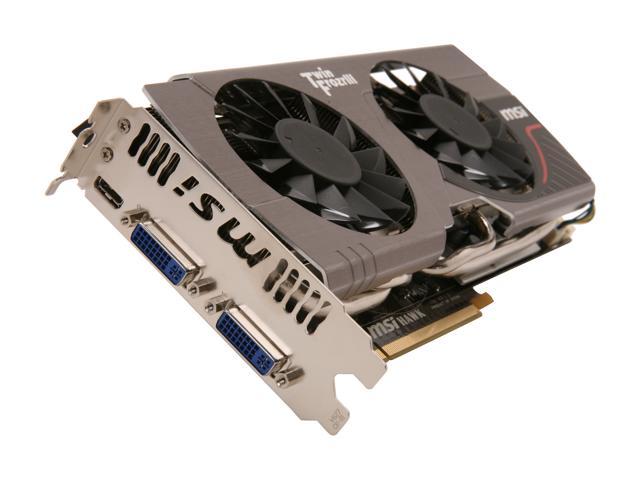 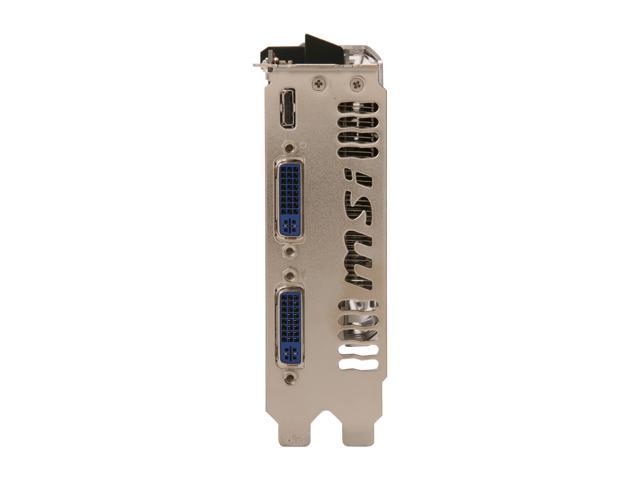 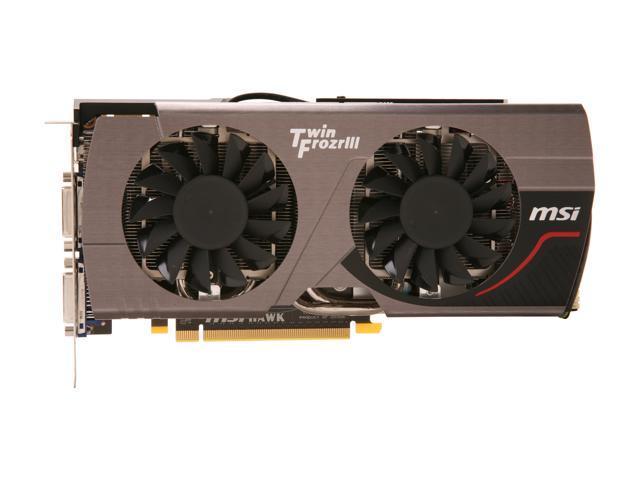 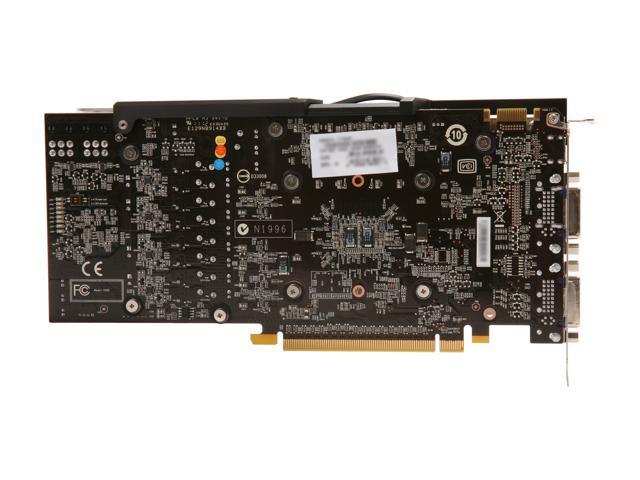 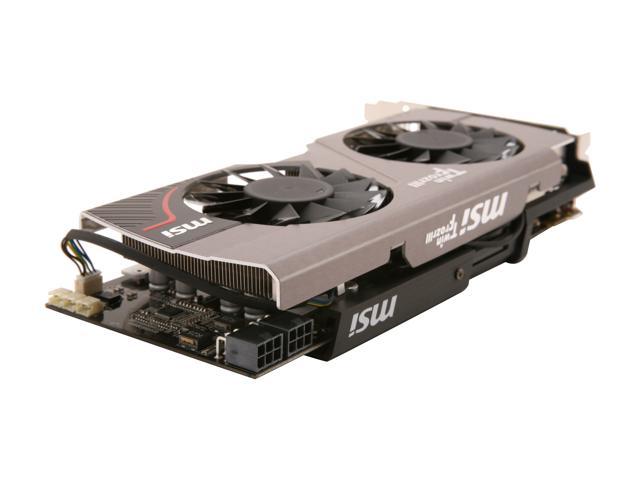 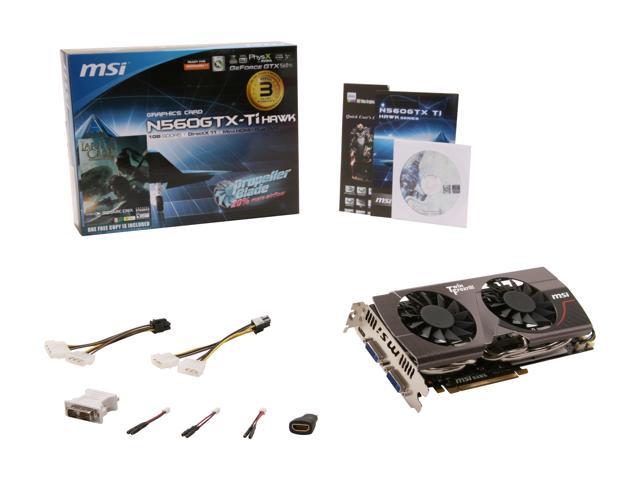 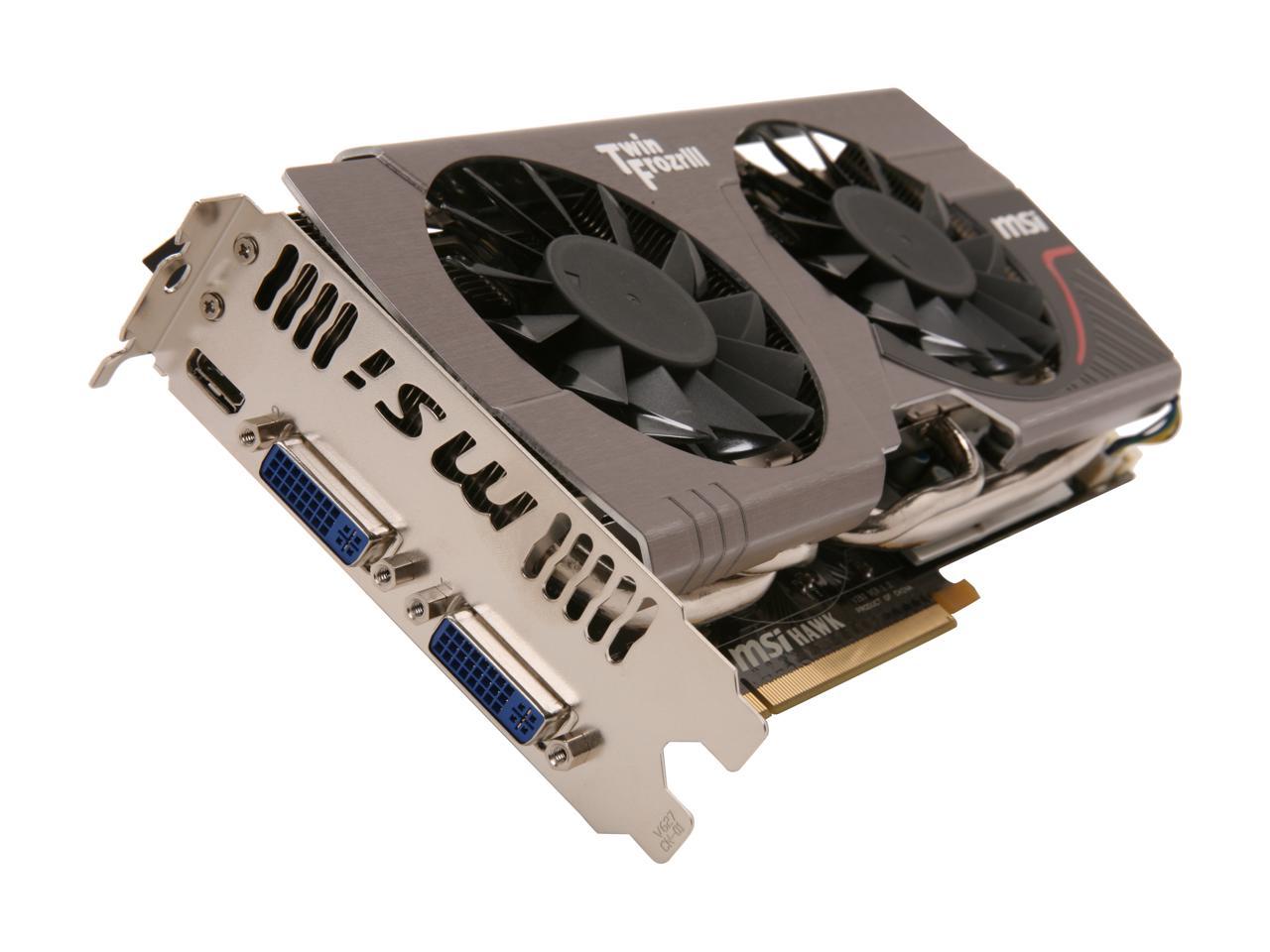 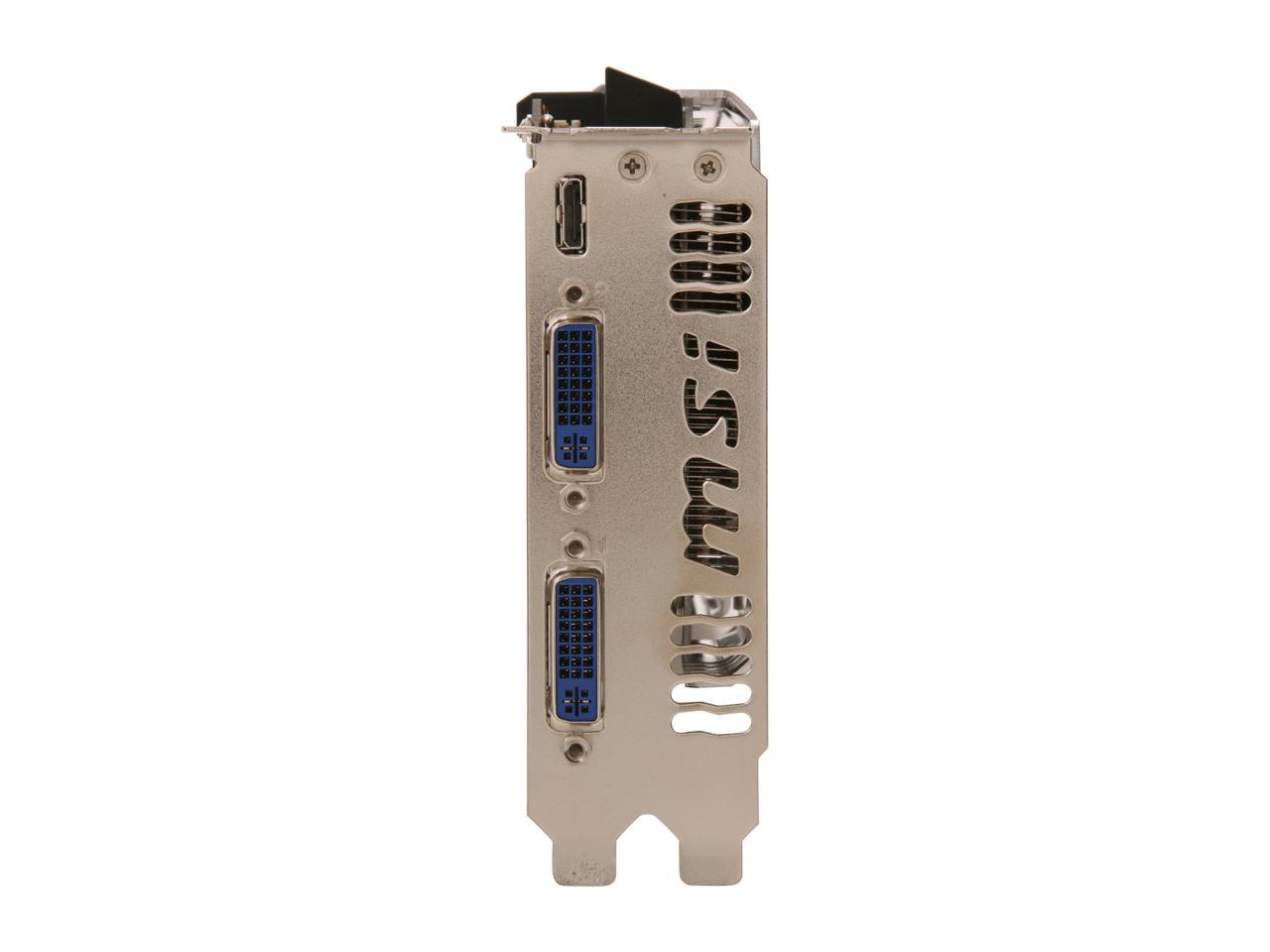 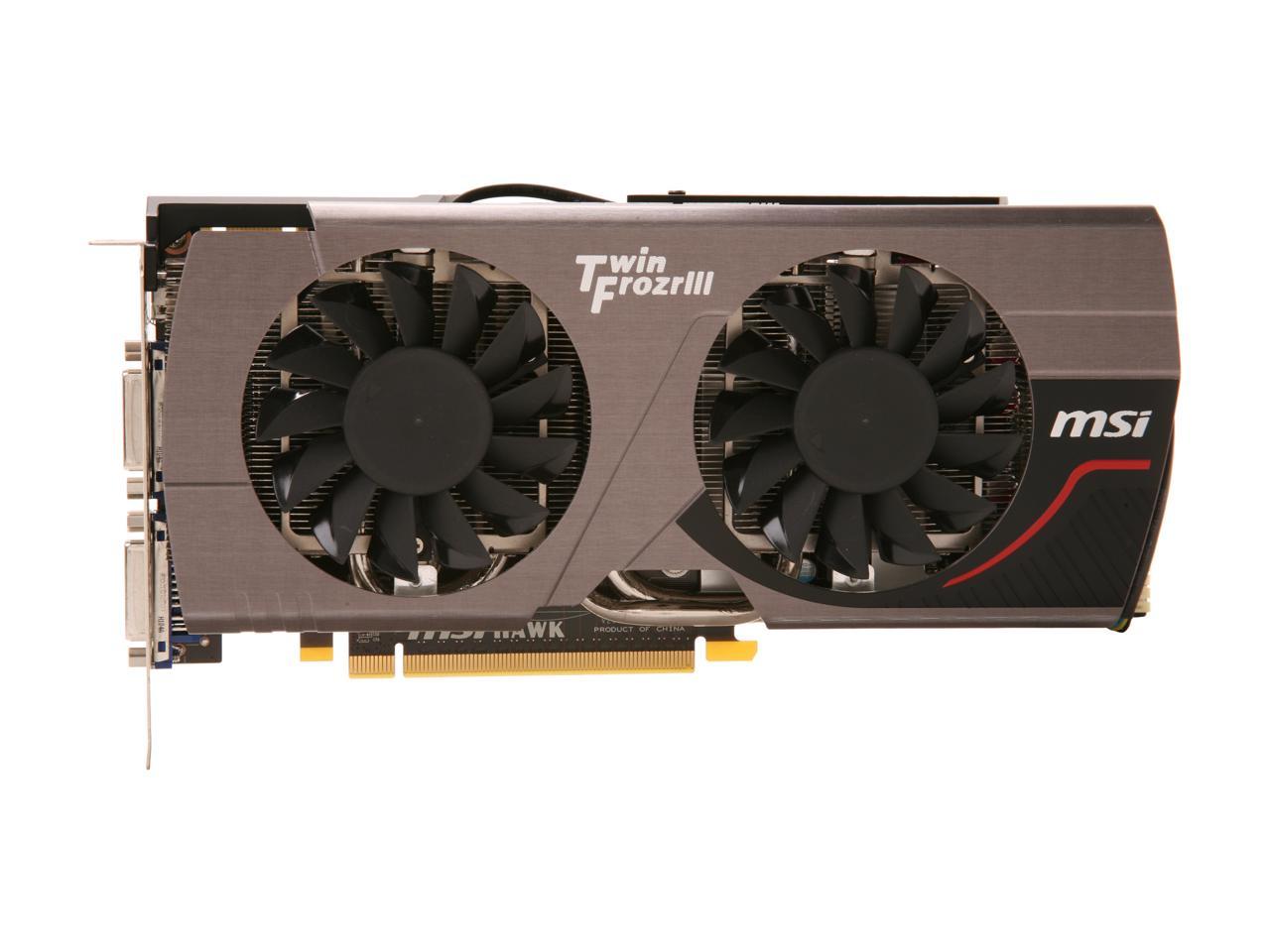 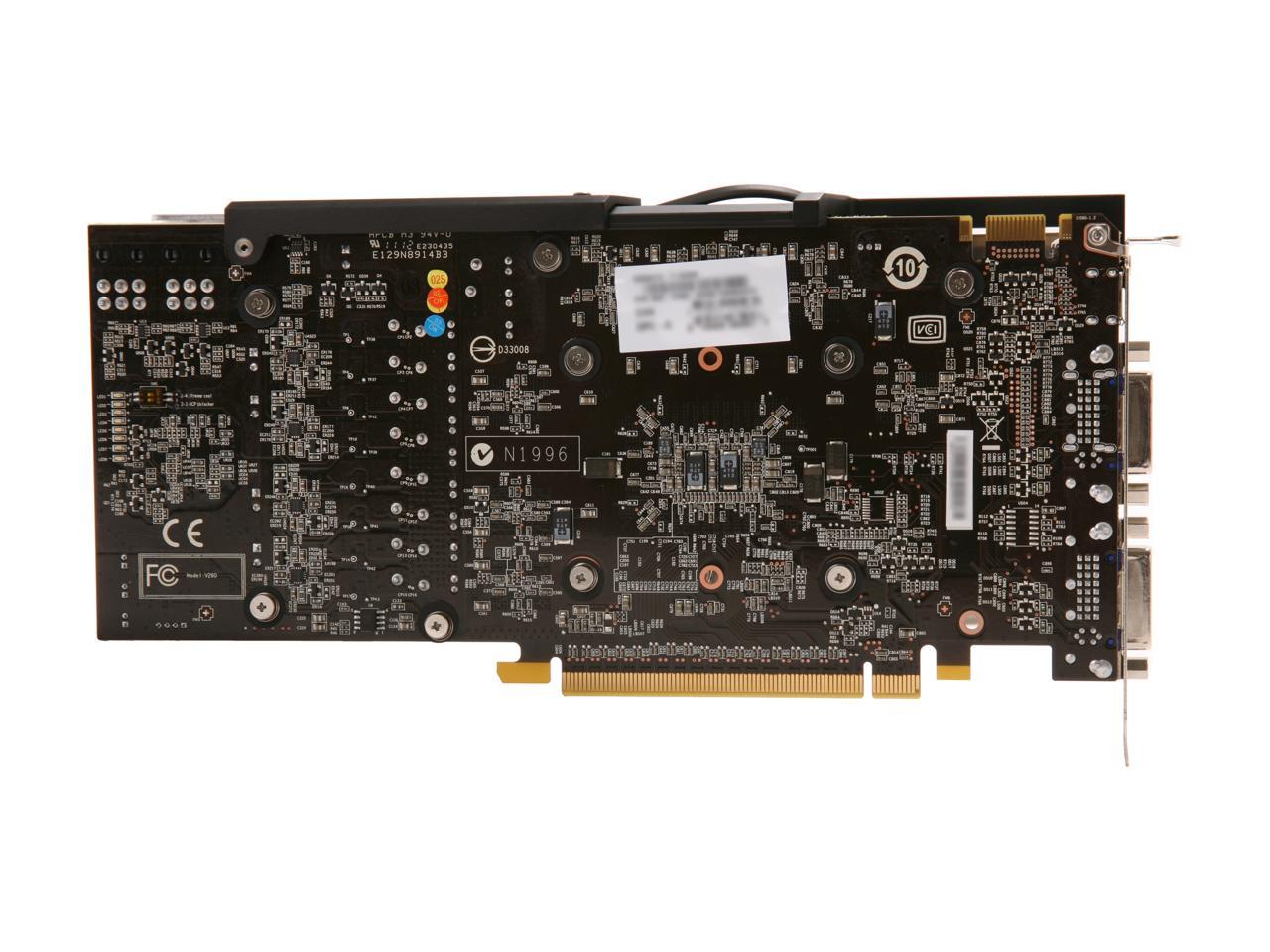 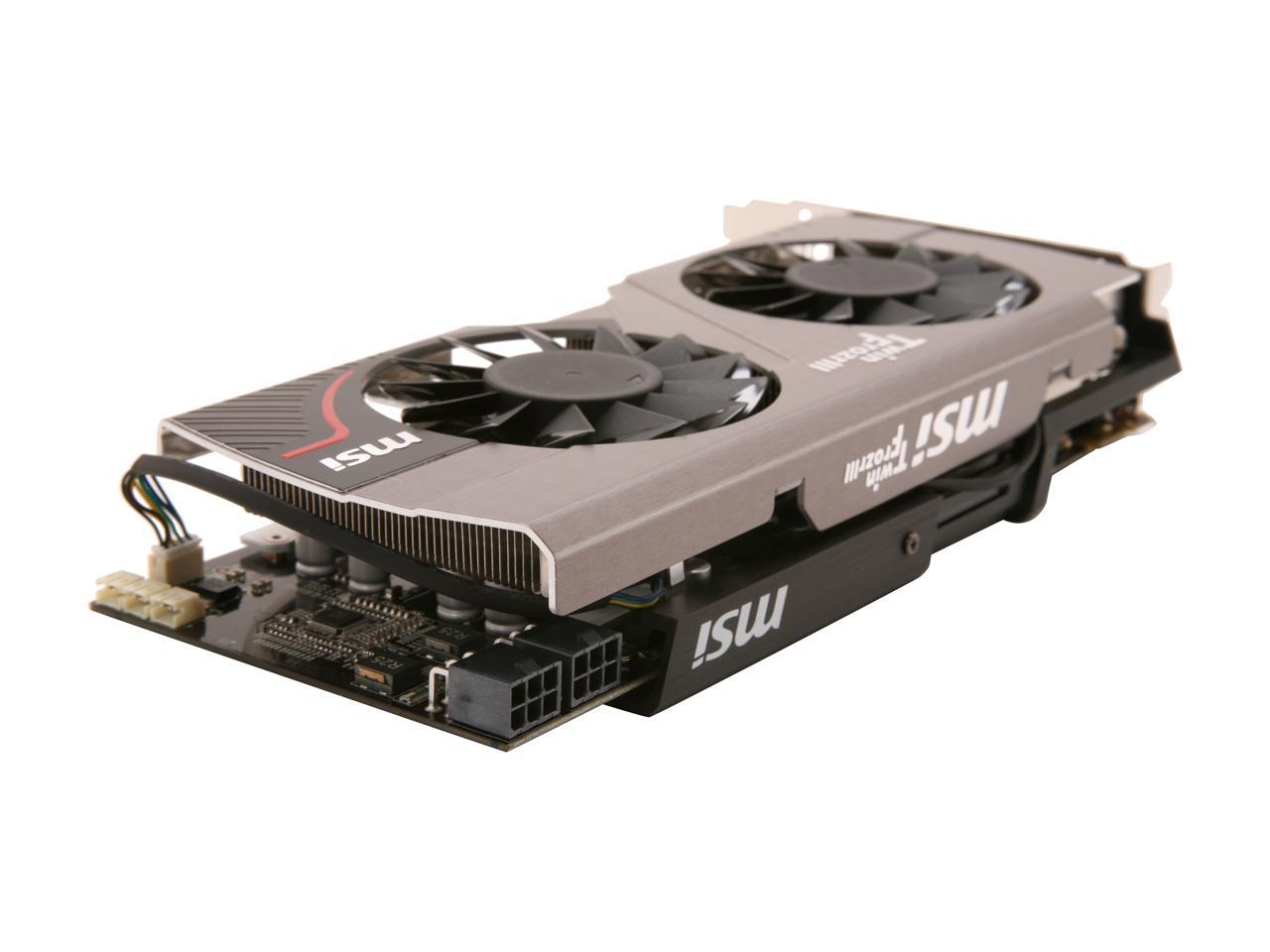 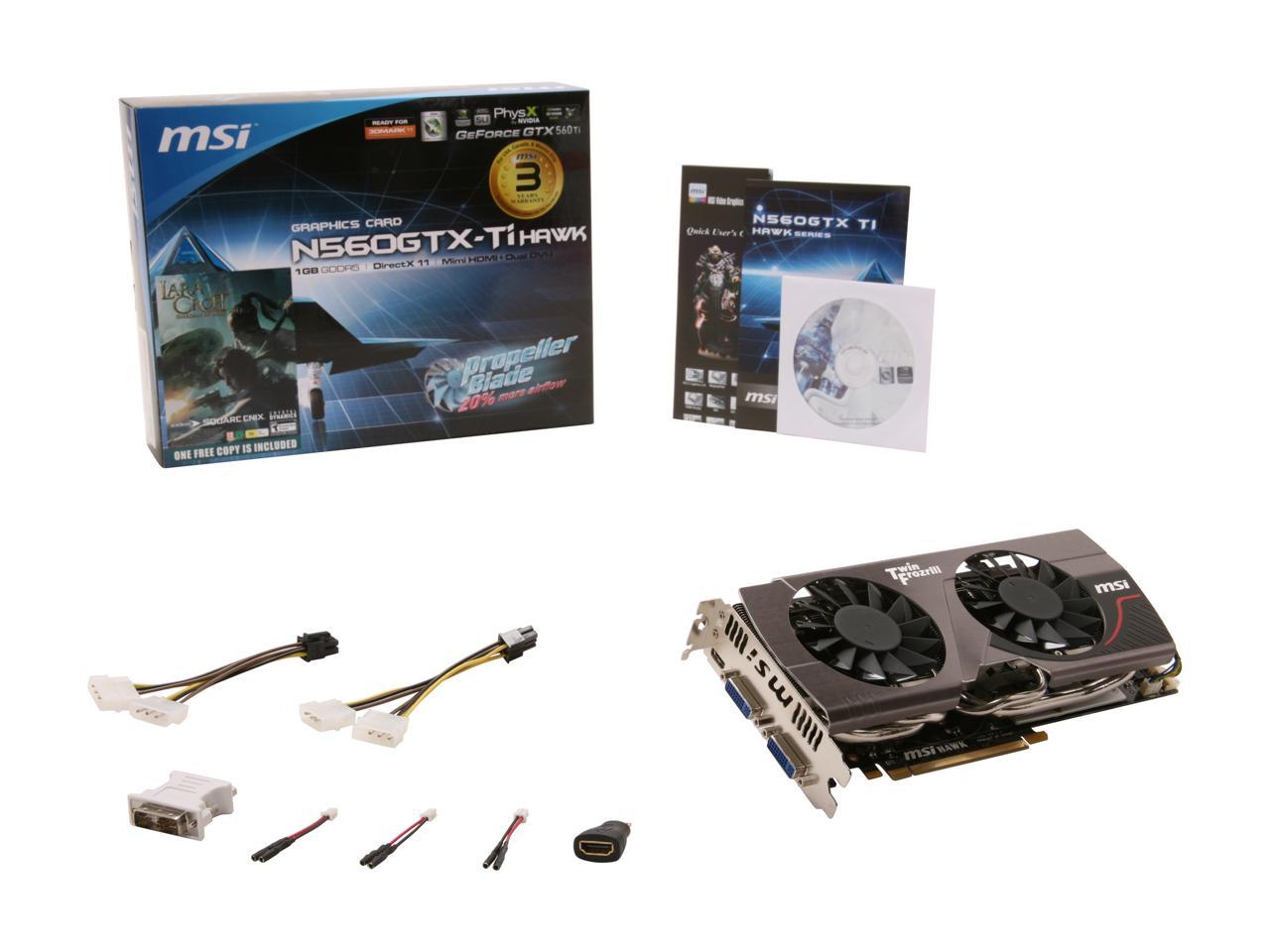 Cons: Anything above 50% fan speed is noticeable with my case.

Pros: Gracious overclock out of the box; I played some Crysis and Portal 2 before doing any extra overclocking and the performance is fantastic. The fans stay quiet idle and only get louder when the temps get close to 70C, which only happened to me during Furmark and Unigine Heaven after OCing. I was able to overclock the card to a stable 1000MHz at 1.1v, which is pretty amazing. A full 178 MHz above stock speeds is really just incredible. The card looks fantastic. Period. Aesthetically this thing is awesome. Temps stay cool. Highest temperature I ever hit was 75C in Unigine Heaven. Furmark only took it to 70C, and the card idles (overclocked) at 28C.

Cons: The fans do get a little loud at about 60-70%, but this shouldn't happen often. Fans only ramp up when the temps get really hot, and that really never happens outside of benchmarks.

Cons: None at the point of use.

Overall Review: I read the other reviews about high noise. None for me. I ramped up the fans manually, but my 260 was louder at 50 % vs 90 % on the 560 Ti. Went from a GTX 260 OC. Had to use EVGA precision to keep it from over heating. Not the case with my new 560 ti. You will not be disappointed. Like em so much, will be ordering a 2nd for SLI.

Pros: Cool and quiet while gaming. My case has 2 quiet fans and a 'silent' power supply. I game at 1920x1080 and the card is rarely audible above the noise of my fans. Even when it is audible, it's only barely so and not annoying. While gaming the temperature on the card sits in the mid to upper 40's Celcius and rarely reaches 50degrees C.

Cons: The instructions on putting the card in 'silent' mode are nowhere to be found in the documentation. In fact, I still haven't figured out how to do that. When I Run Kombustor the fans start to show 1) their worth and 2) their noise. While running Kom, the temps on the card hit the mid 60's and the fans spin up to 65% and beyond. It's quite audible then and in fact anything above 50% fan speed is more than noticeable. But, because the fan noise is just the sound of rushing air and not a whine at that point, it's not too offensive.

Overall Review: The card is just over 9.5 inches in length so it fit my case, if barely. I haven't OC'd it beyond the 950mhz it came with, and may not, but I'm more interested in keeping the beast quiet than I am in extracting all the FPS performance it can deliver.

Overall Review: There is a switch on the card, flip it one direction and it's in silent mode. Pretty simple. I also got it with Lara Croft and FutureMark. FM worked, the code for Lara Croft never has worked for me.

Pros: Bought this card as a slight down grade to my Gtx 580 I sold. However, I was pleasantly surprised to see that this card,with it's very high factory over clock, can come very close to matching it more powerful big brother. No it is not a Gtx 580 but it can compete well with a Gtx 570 at stock and can go well past 1ghz with a very slight voltage increase. The fan does get a bit loud with additional over clocking but not any louder than the ref coolers do.

Cons: Fan does a great job but could have been a bit quieter. Yet, one must remember that this cards default clocks are most Gtx 560tis max clocks so it is a give and take.

Overall Review: Yes the 448 card by default is a bit faster but these Gpus are completely different, the 104 core or 384 version can do more calculations per core than the 448/ 110 core or Gtx 470 core which is what a Gtx 560ti 448 core really is. The 384 core when over clocked can easily reach Gtx 470 or Gtx 560ti 448 performance yet run cooler and use less power. Plus a 448 core is truly a Gtx 470 with better fab production or a cutt down Gtx 570 and both are more expensive and not worth the money over this card.

Pros: This is my second card from MSI in the past year (first went into my wife's pc). Both have had tons of overclocking headroom due to MSI's superior cooling. -Stays cool - idles at around 40 and tops out at about 65ish -Quiet (reasonably) - you will need to install MSI Afterburner to get an optimal fan profile. As others have said, out of the box the fans either are too low or kick in way too high. -Overclocks well - This card comes pretty heavily overclocked stock, but you should be able to push it quite a bit further. I have mine at 1000/2000 and 2300. I can actually go higher than this and be stable but choose not to (see other thoughts). -

Cons: Nothing worthy of dropping an egg for. Just understand that out of the box this card is not set up optimally. With MSI Afterburner and 5 minutes though, it will be.

Overall Review: There are a few small things that you should take into consideration if you are considering this card. - you need to adjust the fan profile a bit to keep the card quiet - I highly recommend lowering the stock voltage the card comes with (1.062). This is what leads most people that review this card to say it either runs hot or too loud. If you get a more finicky card you may have to leave the voltage somewhat close to what MSI sets it at stock, but in my case I dropped it down to 1.025 and saw a decrease in temps of about 8-10 degress C. This allowed me to set a fan profile that never goes much higher than 60% (and yes, this is running at the speeds I mentioned in Pros), allowing the card to remain cool and quiet. I can't push the card much further than the speeds I mentioned above at this voltage, but that is a small price to pay for a card that is running cool and silent over 21% faster than a stock 560ti.

Pros: - Very capable and powerful GPUs that easily devoured anything I threw at it: Crysis 2, DeadSpace 2, Metro 2033, Skyrim. - Was an easy install and because it is smaller than my previous GPUs, they fit and look better in my case (CM Cosmos S) - Easy overclock with Afterburner - Runs nice and cool

Cons: - Fans may get loud when GPU is under load, but it's not intolerable, especially with NC headphones! - Wish they came in a 2GB Model! (If they do, I couldn't find it.)

Overall Review: I bought two of these video cards to replace a pair of EVGA GTX 260 Core 216 Superclocked, and the difference was incredible. With the exception of Metro 2033, I am playing everything maxed out at liquid smooth framerates with no stuttering. I'd recommend them to anyone who was interested in an upgrade from older hardware. Rig: EVGA E758-A1 mobo w/ Core I7-920 @ 3.2Ghz 12GB of Corsair DDR3 @ 1600Mhz 2x MSI GTX560Ti Hawk Asus Xonar D2x Dell u2410f (Monitor) Perhaps it is not as high end as other rigs these days, but it'll play anything.