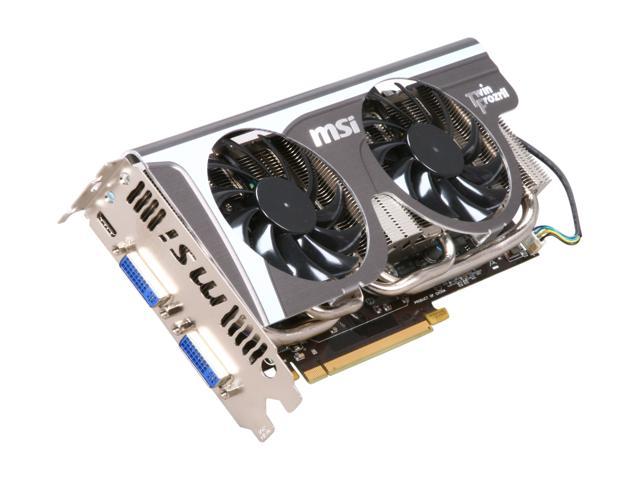 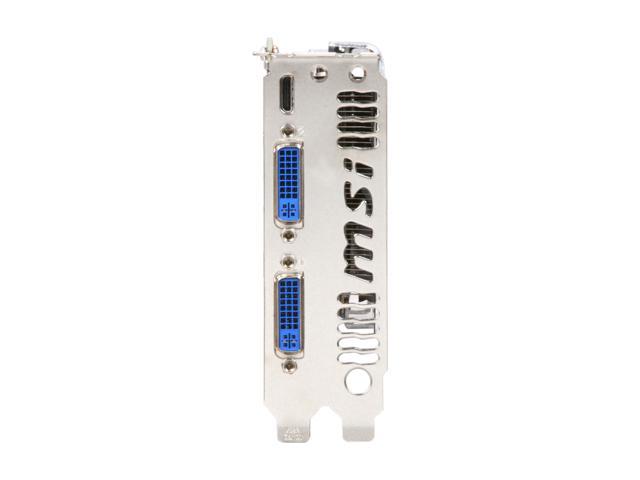 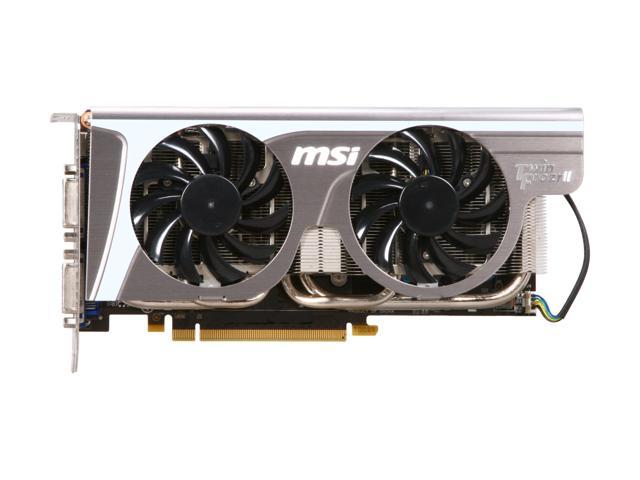 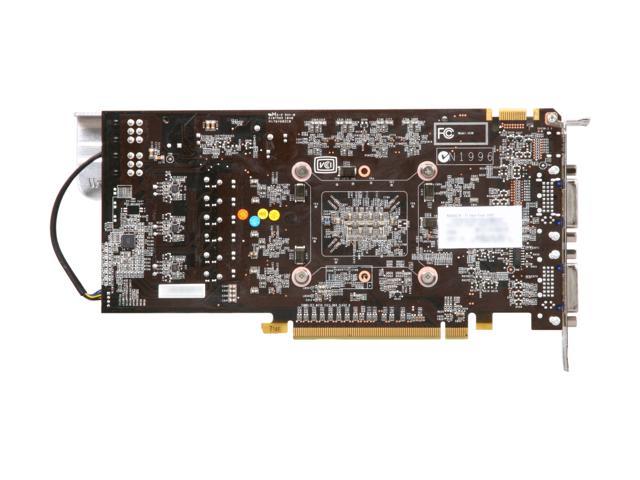 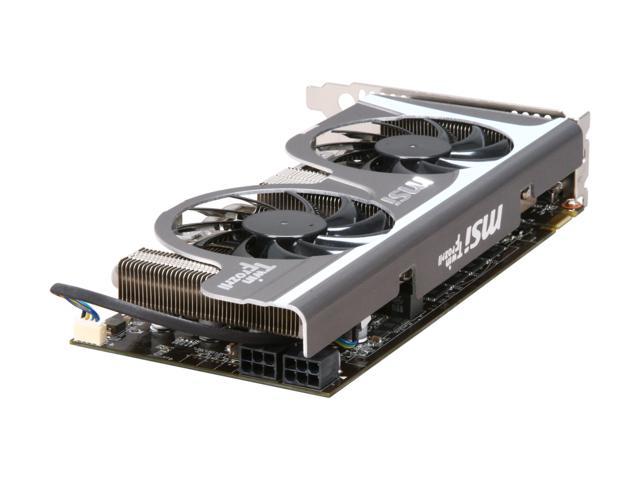 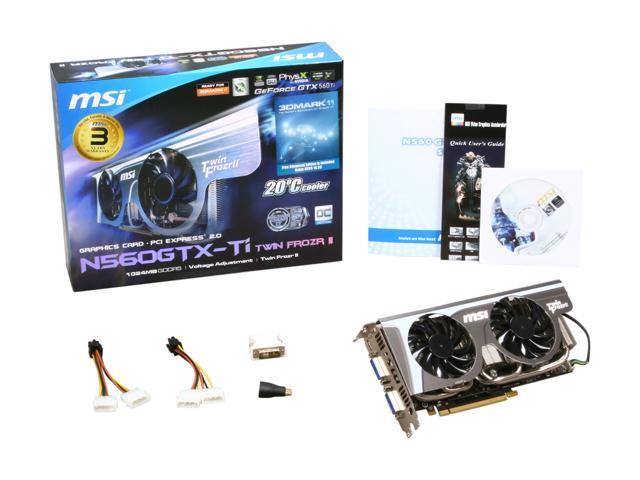 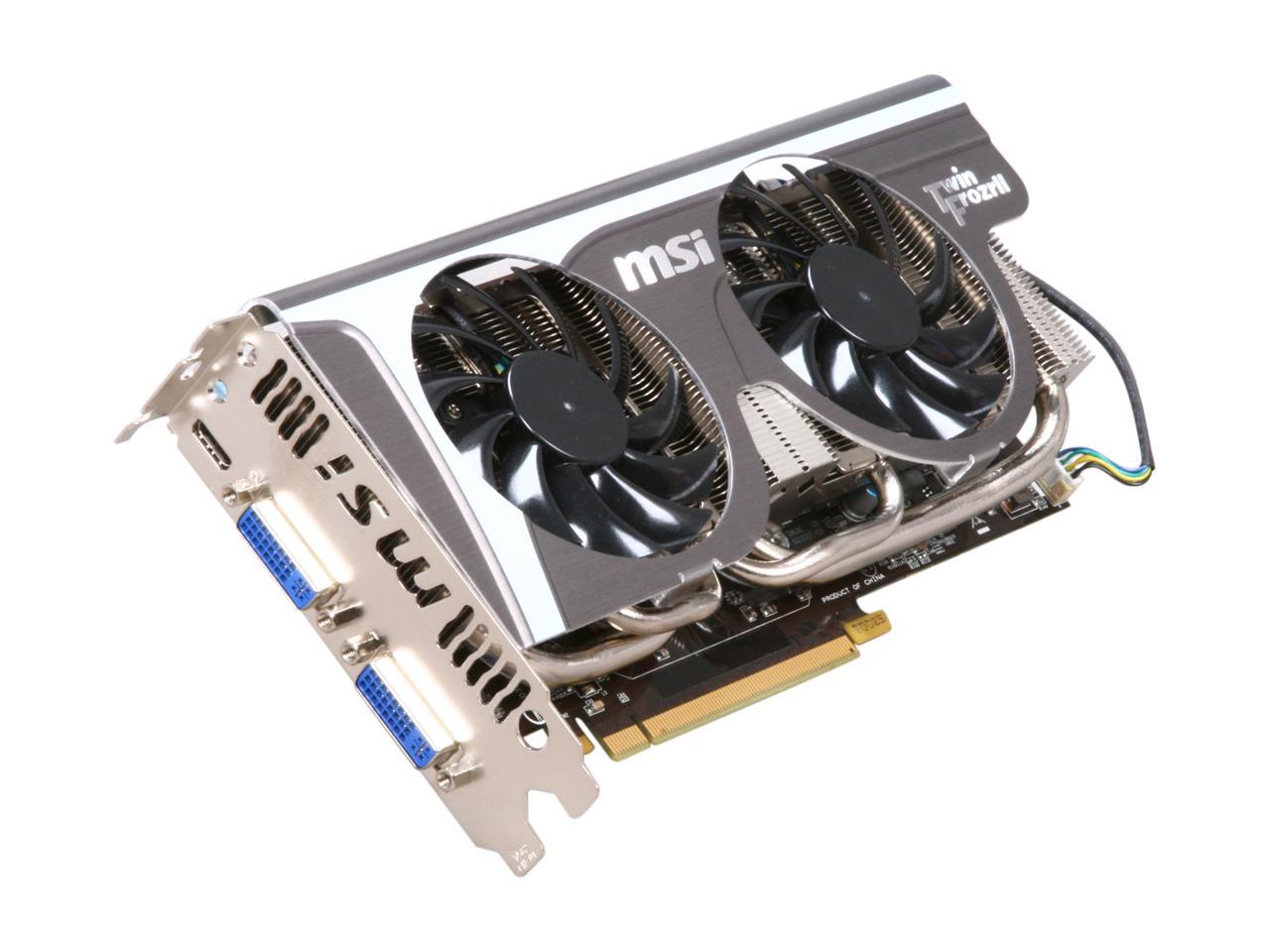 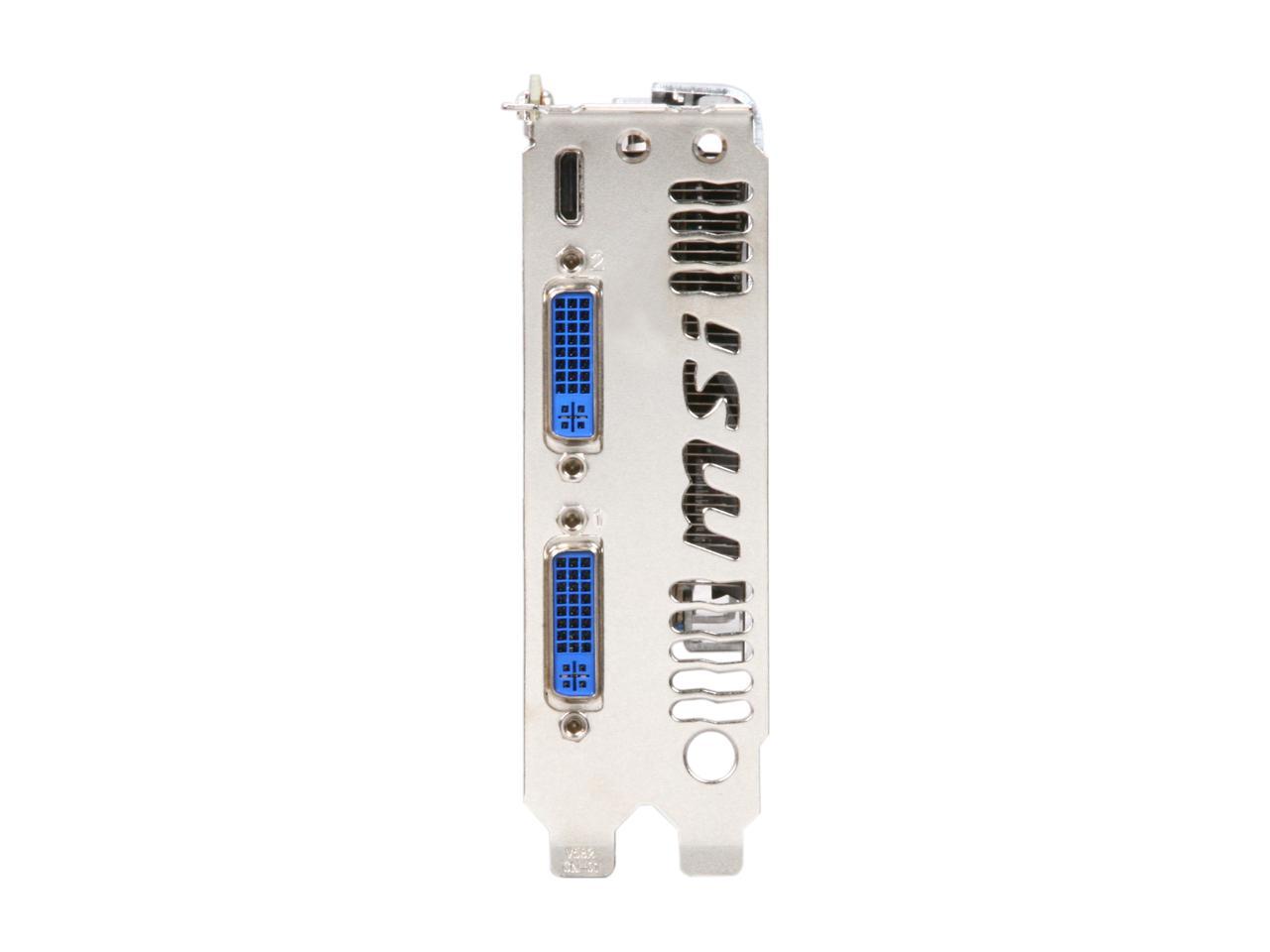 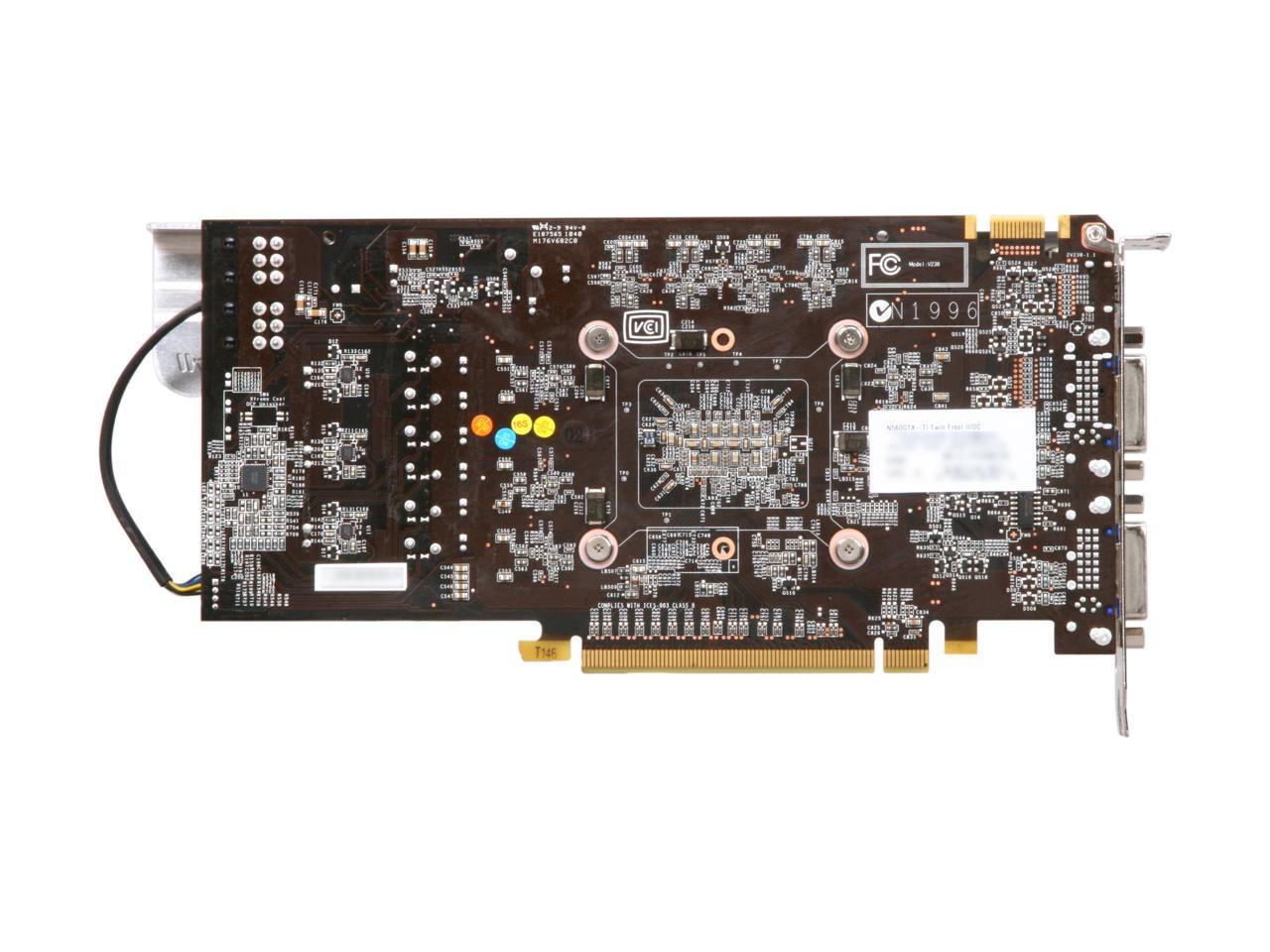 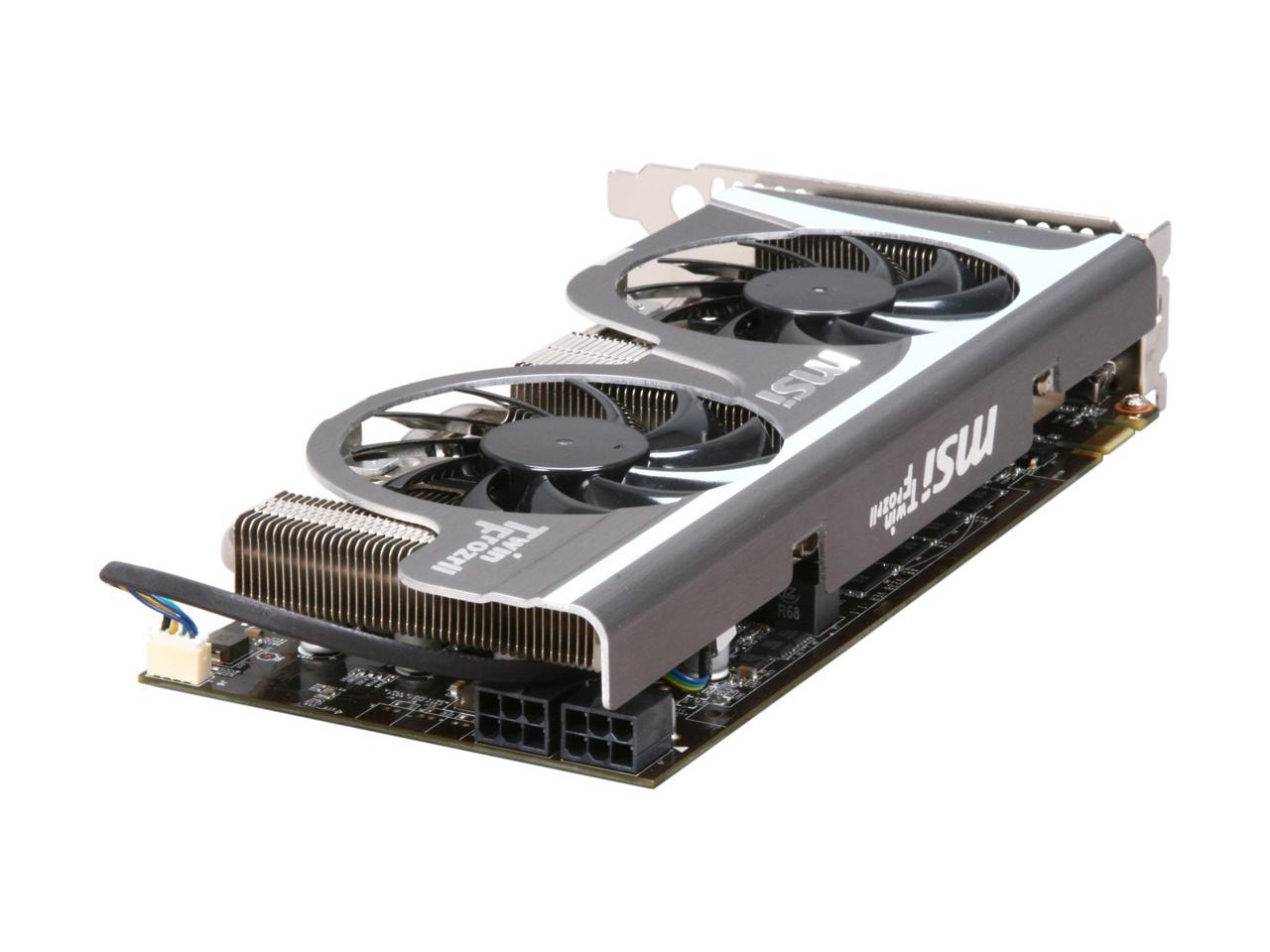 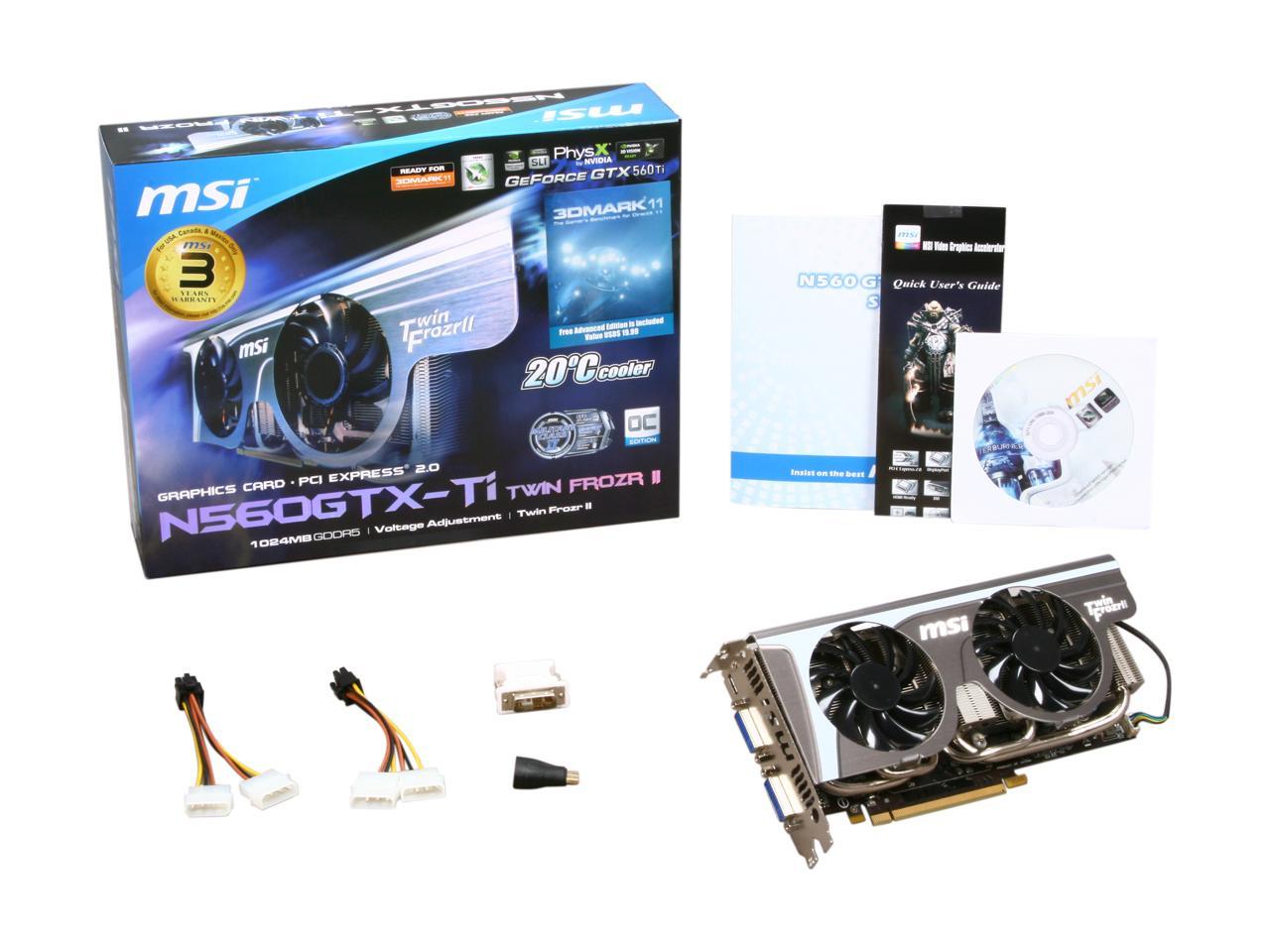 Pros: - Runs extremely cool; been running BOINC for the last two days and max temp is 56C. - Overclocks to 1000 MHz core! (haven't pushed it any further yet) - Great performance for the price (matches the GTX 470 handily) - Quite short, will fit in your mid-tower case - Extremely quiet; the fan doesn't even need to go too high to keep it cool

Cons: - Heavier than I thought; the heatsink is quite massive

Overall Review: I replaced my MSI GTX 460 Cyclone with this and I do not regret my decision.

Pros: + OC'd out of the box. Puts it on par with Radeon 6950 in many respects. Stock config plays high settings on BF3 @ 40-60 fps. Great for me. Should get good life out of the card. + Amazing cooling. Need to take more samples, but I could easily OC this. MSI software download lets you jump this. + Packaging was very nice. All needed cables were there. Note for multi-screen peeps: Only one VGA/DVI adapter and one mini hdmi to hdmi incl, and only one mini HDMI port available.

Cons: + Large. Cases with full hdd cages in the front might be hard-pressed to cable the card's dual 6-pin power. Little metal jut at the end protects these cables, yet extends length. My ATX board had a SATA port covered by this card's two-slot and long footprint (minor) + Loud. Two fans. Consider your airflow setup in your case or you will have pressure/vacuum and therefore heat problems, esp if this divides your case in half inside. + Hungry. Two 6-pin power. I didn't have two, so had to use the incl adapters, hogging 4 total 4-pin molex. Make sure to balance these across your PSU's 12v rails or assure a quality PSU if only one 12v rail.

Overall Review: + Heavy. This sucker weighs nearly 3 pounds. + Price. A slight premium for the cooling/OC. You jump ~$50 to get the next level of card, so consider how much you want to mess with OC vs just outright having shader power for moderate amount of dollars more. I was looking for a 6950, but this OC'd price made sense. + MSI support isn't the best. Most of the top video card makers' support is terrible. Maybe keep your old PCIE card around in case u have to RMA and wait for 2-3 weeks for the return. + Air. If you spend more than an Xbox console on your vid card: BLOW OUT YOUR COMPUTER WITH CANNED AIR on a regular basis. High performance device will fail with poor performance cleaning. The size/shape/cooling on this thing will need care.

Pros: The MSI N560GTX-TI is performing beautifully in my older Alien Full Tower. This single card is currently replacing my twin 8800GTX SLI set up. I am currently playing RIFT and WOW. RIFT at the moment has gained the most noticeable performance gains; maybe due to fact that WOW is CPU dependant. I am running an older Dual Core Pentium. RIFT is currently rocking all settings in Ultra and is smooth. WOW performance gains were noticeable especially in the Twilight Highlands flying loop. I did not have much time to do some complex testing as of yet. I anticipate better raid performance from what I can tell already. Overall I am extremely happy with this choice. Moreover I am especially pleased to see a company (MSI) give the gaming community what they want… the right cooling solution for extended gaming sessions. The interface for over clocking is a nice touch as well.

Overall Review: The overall purchase was executed extremely well by Newegg. I did make a call to ask a few questions and the customer service was top notch! I imagine there is a rather large demographic that I fit in; possessing older legacy cards like the 8800GTX and ready for a logical upgrade. In my opinion this card is it; possessing great mix of performance with quality components to last. I recommend this card to anyone looking to upgrade.

Pros: The performance of gtx 560 ti is definitely good.

Cons: I usually don't write reviews, but this is too much... Went through 2 RMAs. First RMA after 6 month due to fan grinding noise for couple minutes when starting up. RMA'd second card due to starting to error out of 3D apps and even throwing device errors on desktop screen. Anyway, I got a used card back today and was pretty happy about it.... but.. I noticed 2 things: 1. The box contained an RMA paperwork for some other customer. 2. The fan went up to 100% and temp of 90+ on BF3. I turned my PC off and as I was pulling out the card, I noticed the heatsink was somewhat loose. I said, oh well and tried to tighten the screws on the back, but it was already tightened all the way. No wonder the temps were so high... I called customer service 3 times, where each time I waited 5 minutes then forwarded to answering machine. Very disappointed.... but I did learn one thing... do not buy products based on good early reviews. I'd say wait a few months.

Overall Review: Btw, for MSI reps. I already left a message and also used the online customer support form so no need to reply to my review.

Pros: the card is cool and quite, 22-25 idle and 53-56 max load, plays all my games at max settings at 1680x1050, i just couldn't believe how low the temps are compared to my old 5770 that card used to idle at high 50's, the drivers are stable from first boot everything is workin like a charm

Overall Review: the card comes overclocked at 880 coreclock and 1760 shaderclock, with no voltage tweak i managed to get it stable at 930 coreclock and 1860 shaderclock, the temps only went 3-5 more, i can go higher but there is no need for as i can play all my games at max, good build quality highly recommended.

Pros: There was a silent revision that occurred late 2011/early 2012 that included heatsinks on the VRMs and reinforcement of the PCB. I received the latest revision and I'm very impressed with the quality of the card. Although all cards will obviously OC differently, mine did well. I'm running a 24/7 OC of 1000 Mhz core 2300 memory with a slight bump in voltage to 1050 Mv. The card has some more headroom but I like to keep things cool so I don't push things to the extreme limits. Temps running BF3 are 58c max (23c ambient) with noticeably less fan noise than blower style coolers. That's proof positive how incredible the cooling is on this card. For bang for the buck BF3 performance this card is king! I know of nothing else out there that beats it price/performance wise. Its a solid card for playing BF3 at 1920x1200 high settings around 60 FPS

Cons: 1GB models are not the greatest candidate for SLi setups. I've heard there are some issues with the longevity of the fans when ran at high temps 24/7 folding@home scenarios.

Cons: As many others have stated, the fans go bad rather quickly on this card. I am currently in the RMA process because one of the two has begun making loud noises and no longer spins up... for this reason I cannot in good conscience recommend this card

Pros: Great card when it works.

Overall Review: Not happy with this product i believe i got a card from the bad batch that were first sent out.

Manufacturer Response:
Dear Valued MSI Customer, We would like to apologize for the issue you have experienced with this particular VGA. Please email me directly via USUserSupport@msi.com your VGA's serial number and your complete contact information, subject heading "EAHN560GTX". I would like to help you get this resolved. Best Regards, User Support MSI Product Support