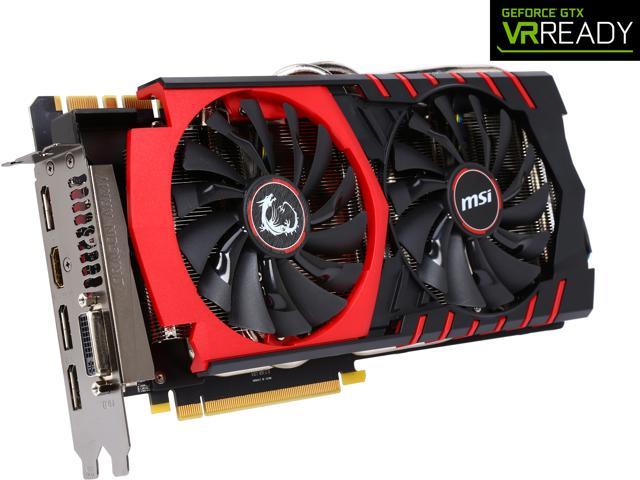 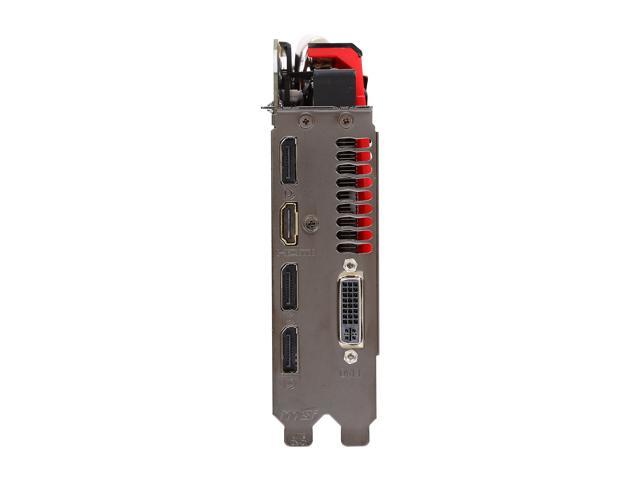 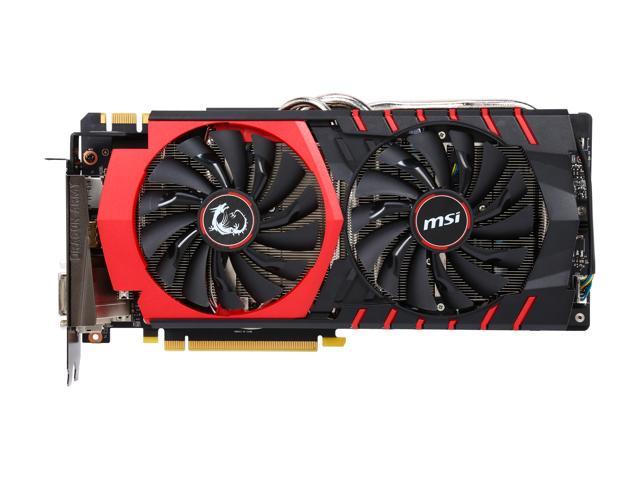 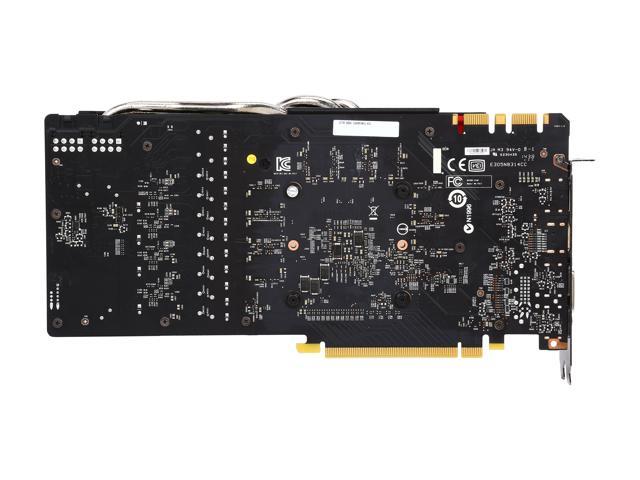 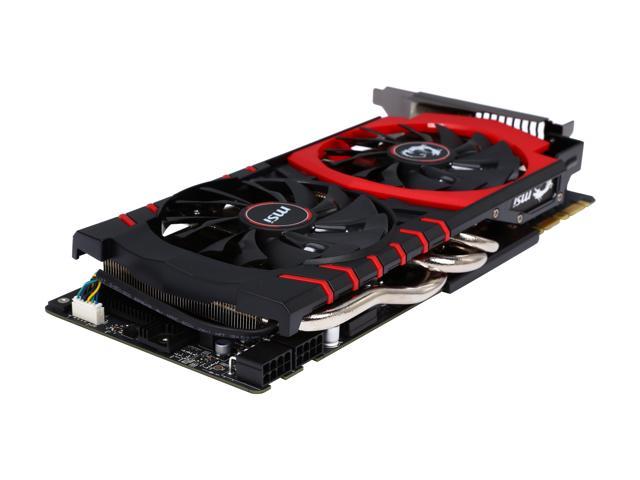 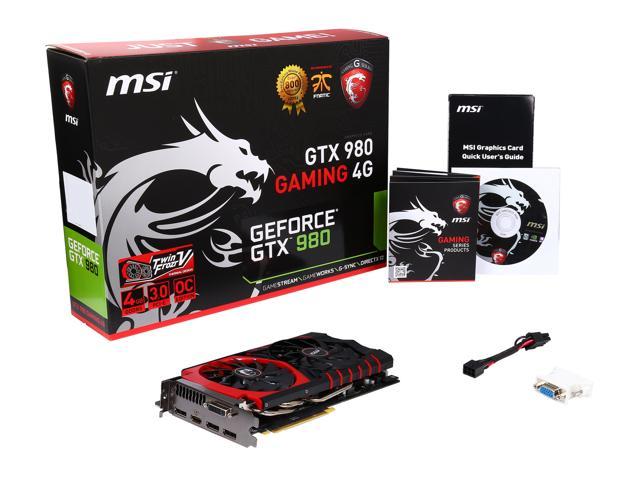 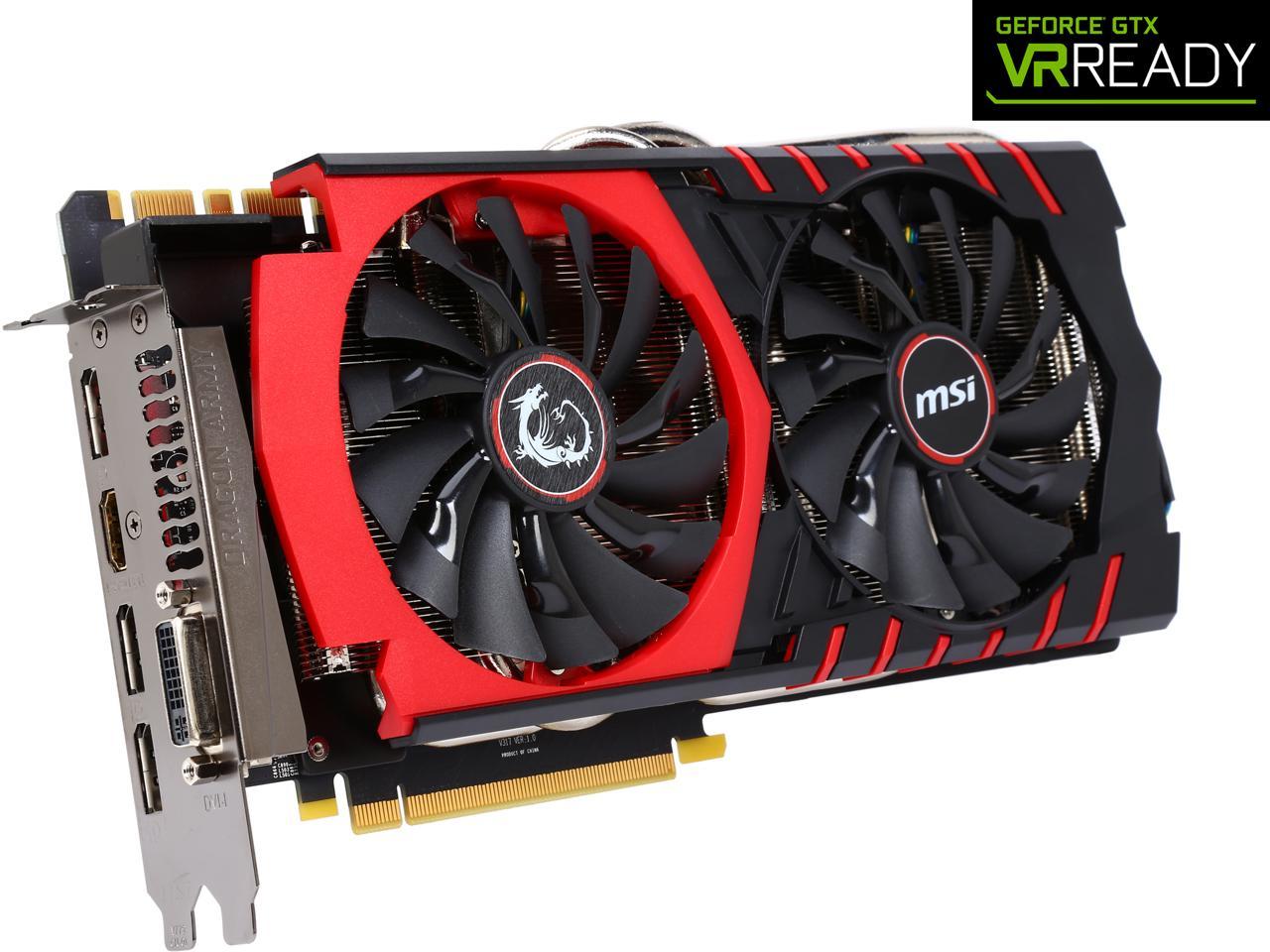 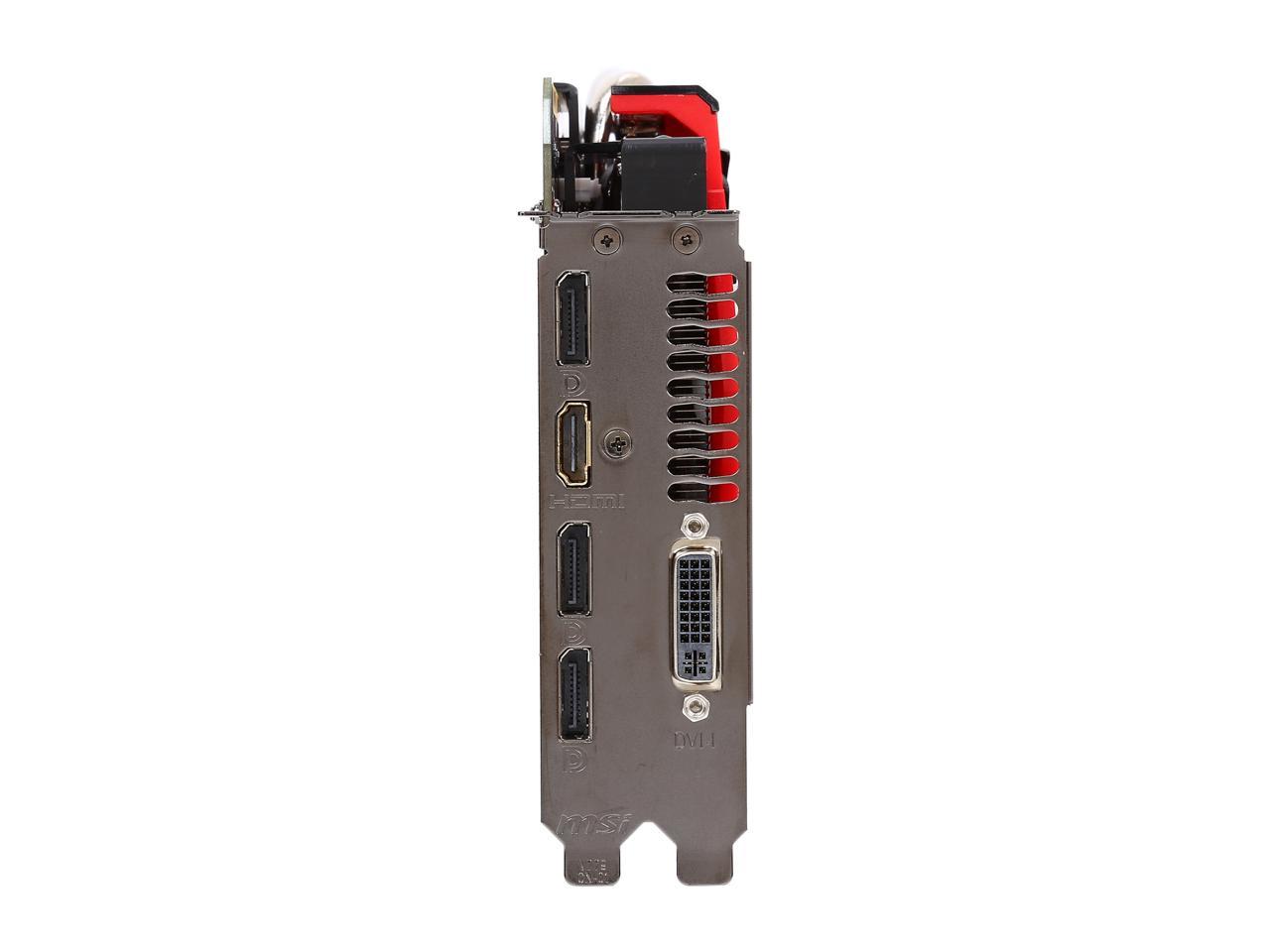 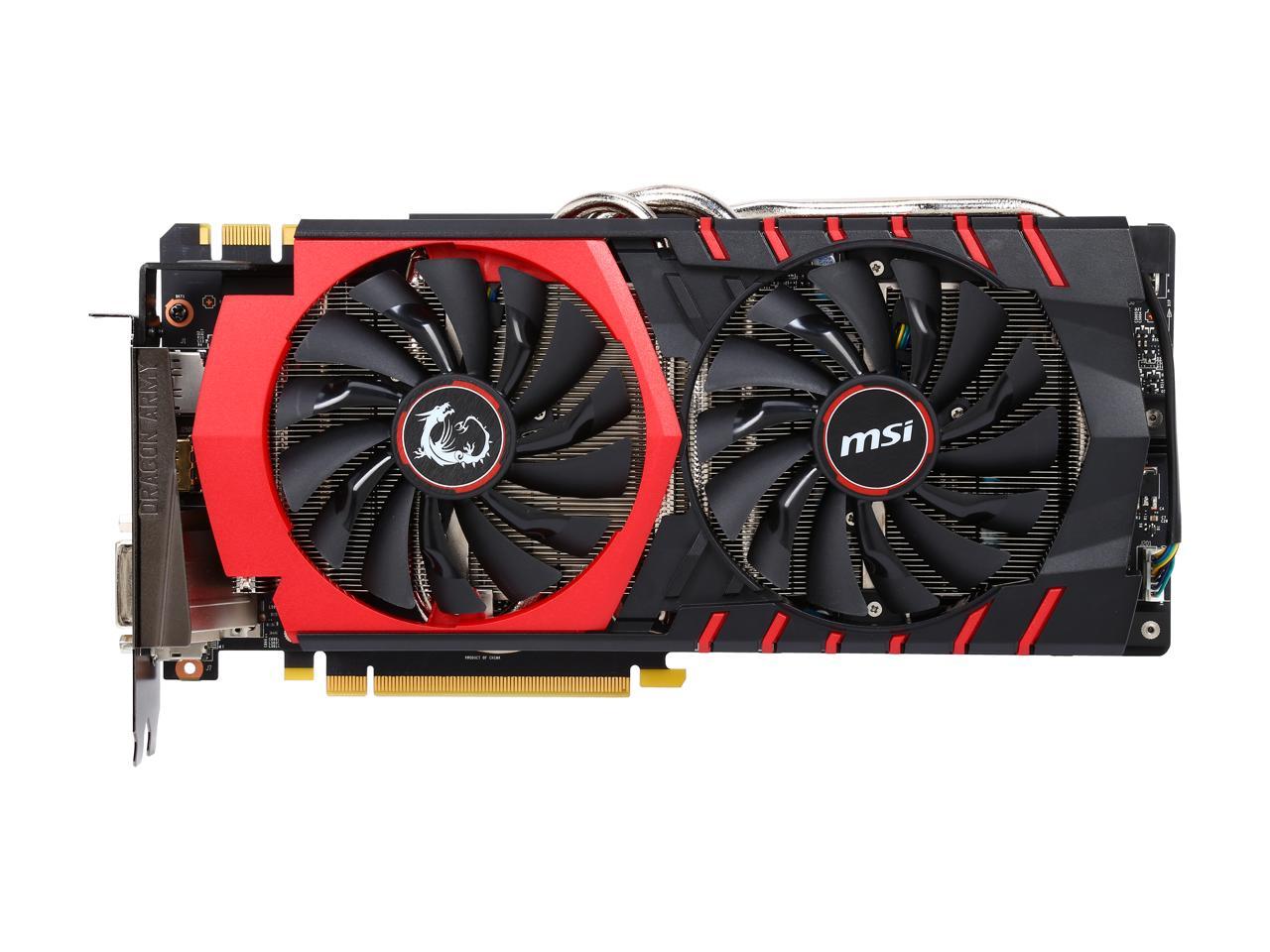 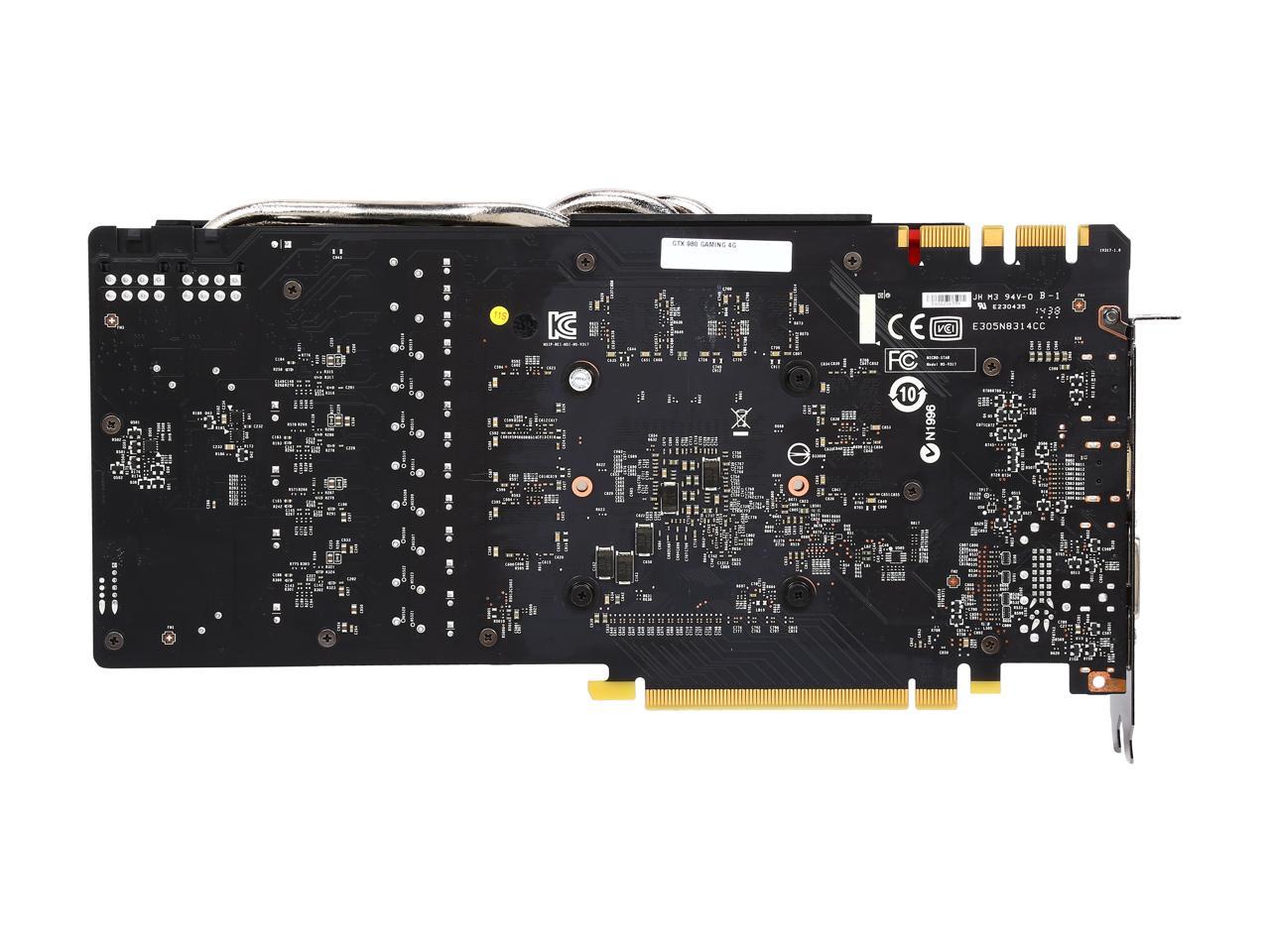 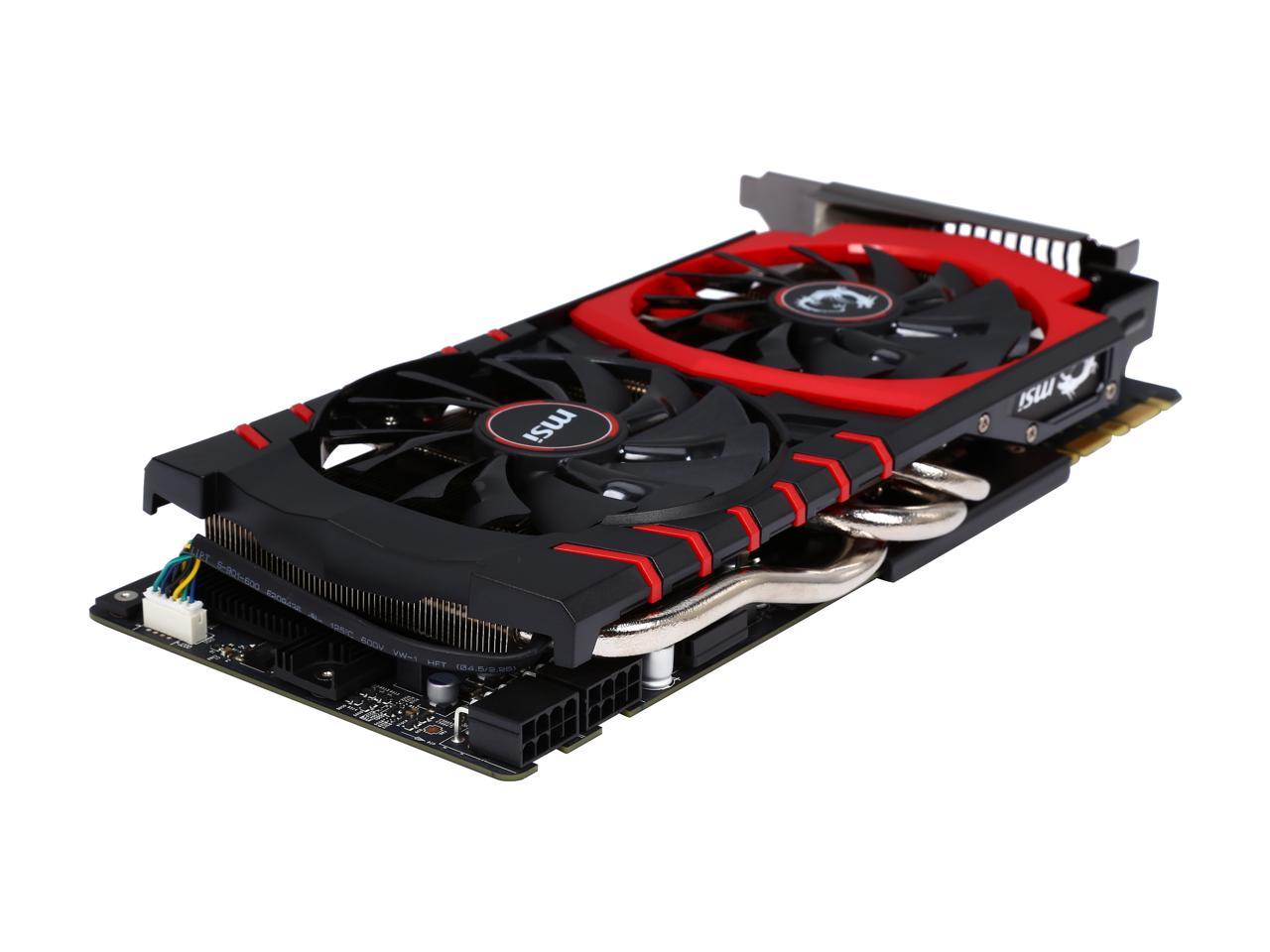 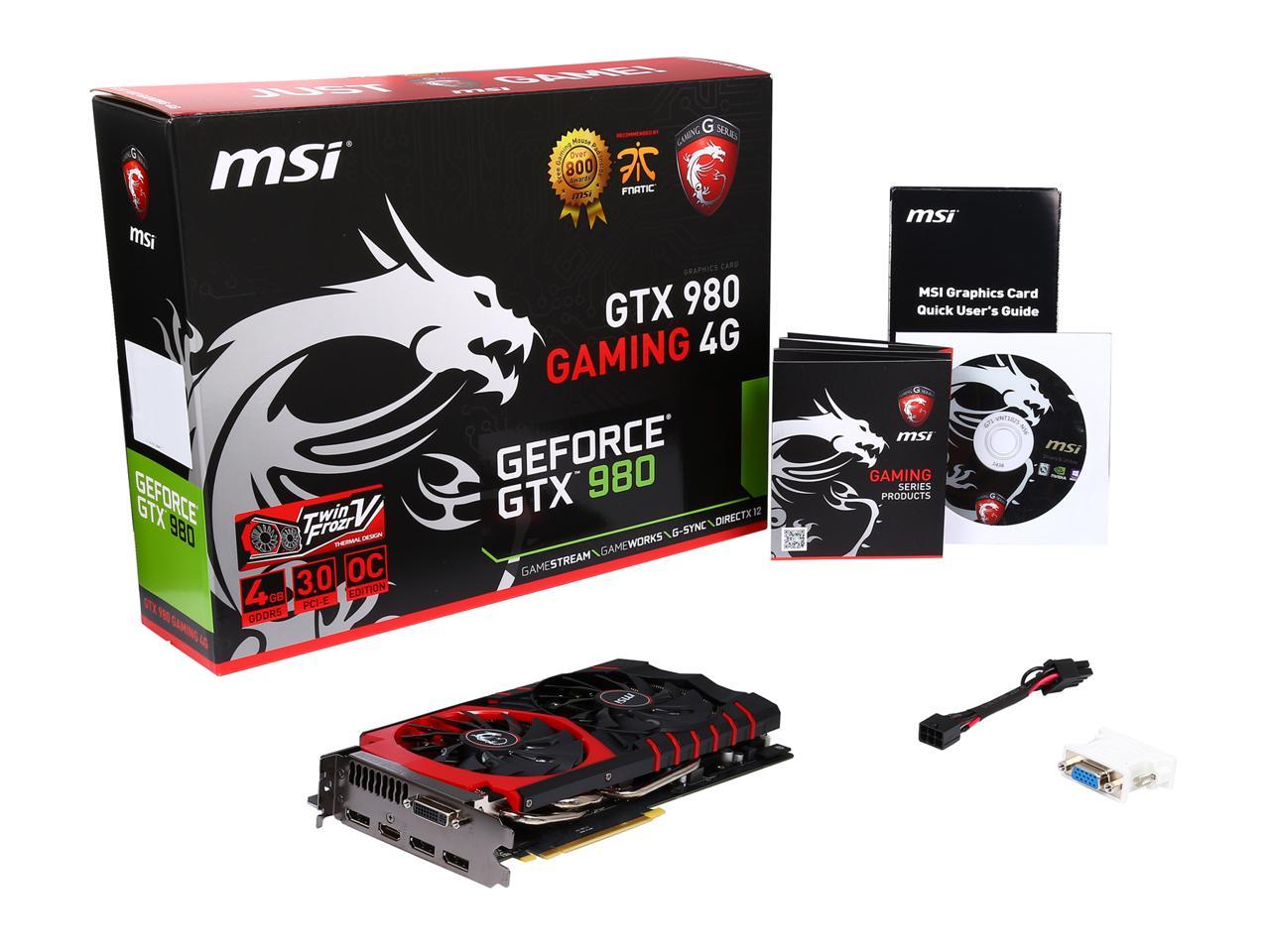 Pros: This card is great and is silent until you decide to play maxed out hard core games but still very nice. I don't understand why ppl keep giving bad eggs for a mail in rebate that doesn't effect the card at all why judge it on that because you can't save 20 bucks the reason you buy a card is for its performance not because it's cheap or everyone have crappy cards because of money they saved.

Overall Review: If you were in the same predicament i was where i had owned Dual XFX 7970's Crossfired GHz Editions and was wondering if i would get a big enough increase in performance to justify paying the price for a 980. The answer is yes... Sorry to say this but Crossfire/SLI is just not where it needs to be, in very few situations did i find my self playing a game that was truly optimized for SLI or Crossfire and if it wasnt it often caused issues and or micro stutter which is a game breaker for me. After upgrading to this single 980 i can honestly say i will probably never go back to SLI or Crossfire unless the support and tech is improved.

Pros: - Overclocks Like a dream without the jet engine of fans the Zotacs have - Supposedly higher quality parts, been a month hasn't blown yet. - ultra low power usage - DSR 4k in most games from last year no problem fps on ultra - Better then 970 because of poor sli support in drivers - LED MSI logo - Passive cooling when not gaming is superb. - Fans on max sound is amazingly quiet - Red and black color is much "prettier" than the silver/white sticker logo. - 2x 8pin 12v inputs for more overclocking potential

Cons: Nvidia seems to have tripped with their drivers. -MFAA not available at release. Still not available. (only one i really care about as I don't use SLI/surround) -many posts about sli not working correctly with voltages. -many posts of dsr not working in surround mode -forcing in controlpanel included, doesn't necessarily work in the program.

Overall Review: If you have a titan or 780ti, just hold off, unless the money is burning a hole in your pocket. Nvidia obviously has something better then this generation and are willing to wait for ati to fight back, OR are just using this new process with the very low power consumption to reap more R&D profits, there by boosting options for future vcards. If you have a <=770, <=670, anything 500 series or lower.. you'll see and improvement, unless you're playing an ancient game, but at least you'll have dsr. If the games you play work well with little issue with SLI, just get 2 970s.. you'll get more bang for your buck. Make sure your games aren't cpu bound or the upgrade wont do much.

Overall Review: .. maybe we should start seeing such cards new released at $399 instead of $599 or such :) why charge that much when you can lower price and sell twice as much

Cons: Not really a Con per say, however, the fans do not run constantly on these cards. They will only turn on and run when the card senses it is hot enough or under enough use that it needs fans. Kinda freaked me out when I turned the computer on for the 1st time and the fans did not move. Credit to Nvidia, the monitoring software for the fans is very good. Even with intense gaming the fans run at 50% and the highest temp I have seen is 60C.

Pros: 1. FIXED FAN ISSUE. There is a NEW sticker that uses SUPER LIGHT adhesive. I literally just lifted it off with a finger. The new sticker has a circular hole so it does not adhere to the center flat portion of the fan. Extremely happy MSI addressed this issue. 2. Quiet! This thing, I can not hear it in my case. Fans stay at 0RPM until you reach approx 50C. You can manually adjust them with a program that comes on the driver disk, which is useful for looking at GPU temp and fan speeds. I can only hear the card when I click CoolDown mode and fans spin up to 100% to cool down the fan after gaming. This isn't necessary to do, but it's nice that you have the option to do so. It is also good to do every now and then to make sure your fans are working as they should. 3. Size. This thing is relatively small in comparison to some of the other 980s/970s. It's still a large card, but it's not HUGE, which is great. 4. Monster graphics processing. This card destroys all my games at 1080p. I know some of you are going to rage and say, "OH MAN YOU BOUGHT THIS CARD AND ONLY USE A 1080P MONITOR". Chill. I've been running on a 1366*768 laptop for the last 4 years, so this is a huge step up for me. I don't want a 1440p monitor. Also, with running a 1080p monitor, this card will give you a longer duration of gameplay (in terms of years) because as games keep updating and becoming more graphically demanding, your card will NOT struggle to blast out those frames.

Cons: 1. Price. This thing is expensive. If you work out the cost:performance increase versus the 970, you get diminishing returns. This means that the card costs a lot more, and for every extra dollar you spend over the 980, you're not getting as much performance per dollar. I'm not saying don't buy the card, but if you have a tight budget, the extra ~$250 (taxes included) can be spared. Mind you, this is the second tower I built for myself, my first one lasted 8 years so I usually just do one big upgrade and keep it as is. 2. Card sag. Now, this card isn't as long as some of the other ones (looking at you, Gigabyte Windforce), but there is still some sag. Not enough to require external support.

Overall Review: I am VERY happy with this card. In the next years to come, maybe when the price drops to ~300, I may consider SLI. Who know what will be around in the next 2-3 years? As for now, this card is the best of the best. Beats out the 780Ti, despite having worse specs on paper and consuming less power *(which IMO, is a good thing, because then you dont need as big of a PSU)

Cons: *No backplate. Well this is not actually a con per se, but I would have liked to have one on my card and they dont sell any for this specific model anywhere. *!!!ELPIDA MEMORY!!! This card uses Elpida memory - not Hynix or Samsung - unlike other models (and also prior versions of this same specific card). I don't think it is worth removing an egg for this, since my memory still runs fine at 2000 MHz (8000 MHz effective), but I would've liked to have Hynix or Samsung memory like earlier versions of this card, as initial reviewers have mentioned that this card had Samsung memory.

Pros: I’ve never cared for appearance, but the MSI GTX 980 GAMING 4G is a very aggressive looking card that would make anyone proud. I upgraded from a GTX680 and the performance gain is very noticeable. It’s amazing how smooth and quiet it runs while maintaining cool temperatures playing graphically intensive games.

Cons: None so far, but time will tell.

Overall Review: I’ve been building PC’s for 20 plus years (gaming rigs since the early 2000’s) and I don't over clock my GPU’s, but they are the most unreliable component of a PC in my opinion. GPU's should last the life of the PC and that’s what led me to the MSI GTX980. The high amount of positive MSI customer reviews coupled with the coolest running GPU temperatures I’ve ever seen on a graphics card makes you feel confident it will last the life of your build. I5-2500k Sandy Bridge ASRock P67 EXTREME4 GEN 3 G.SKILL Ares 16GB OCZ VERTEX 4 256GB (SSD) WD Caviar Black SATA 6GB/s 1TB COOLER MASTER Hyper 212 Plus COOLER MASTER Silent Pro 850W MSI GeForce GTX 980 Phanteks Enthoo Pro (CASE)