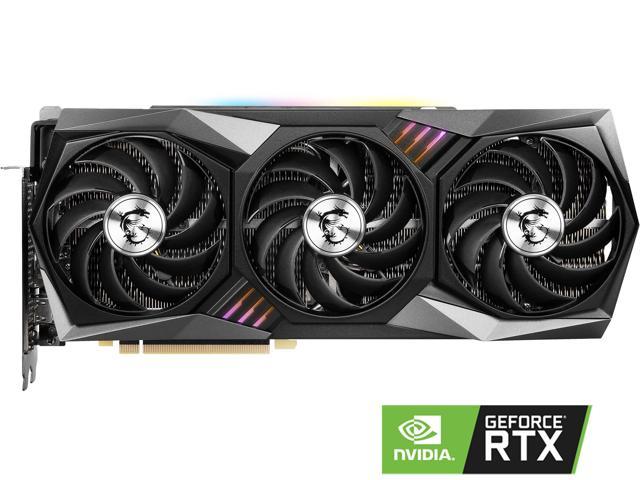 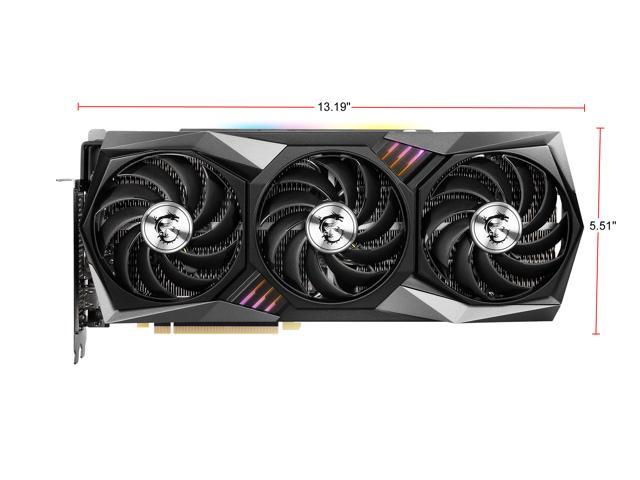 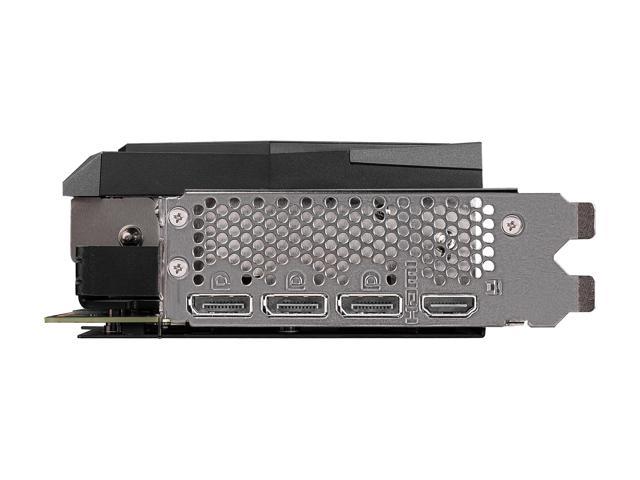 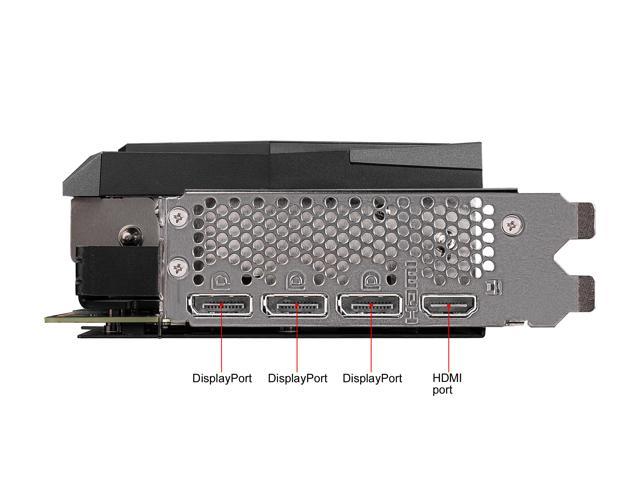 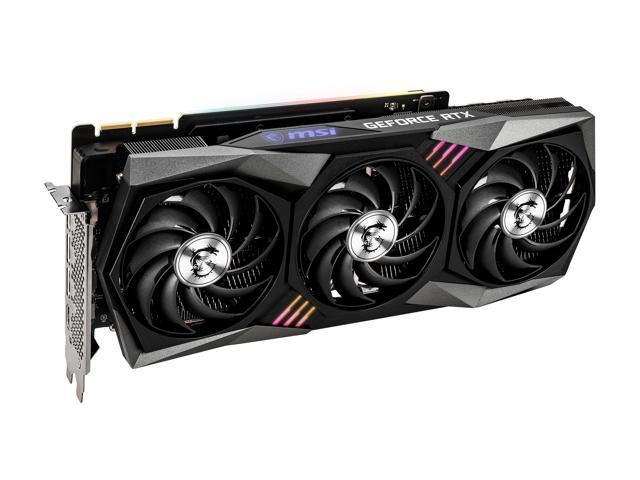 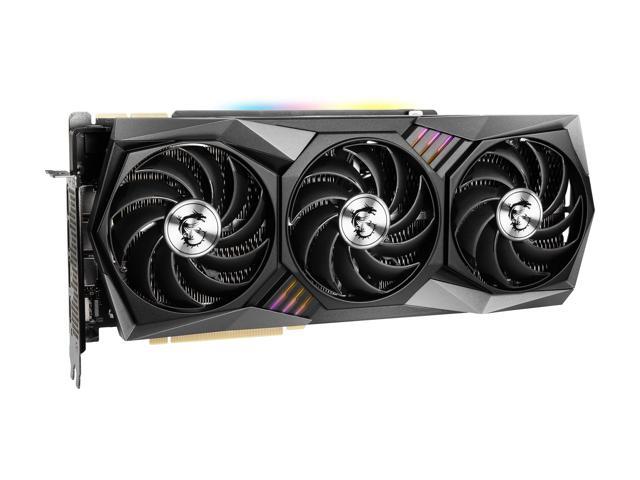 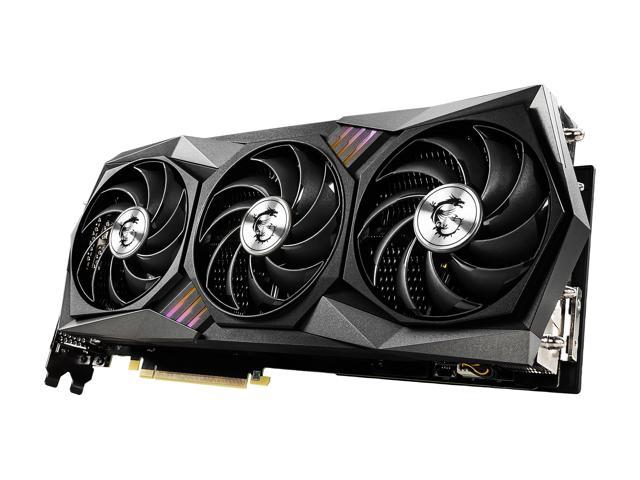 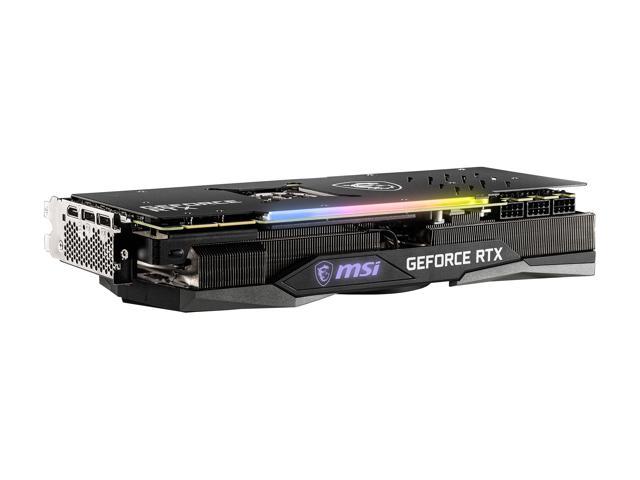 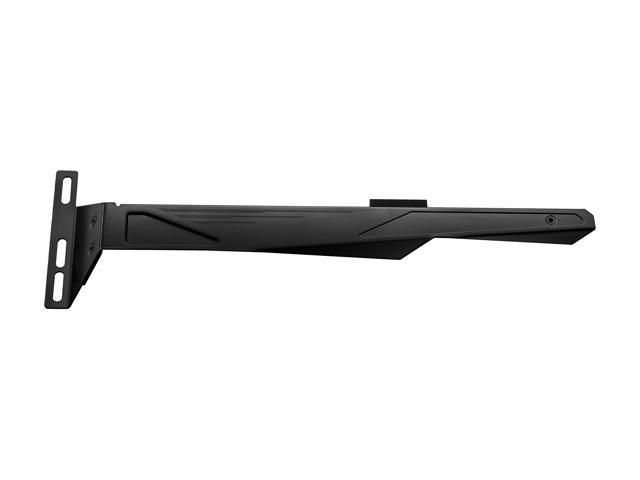 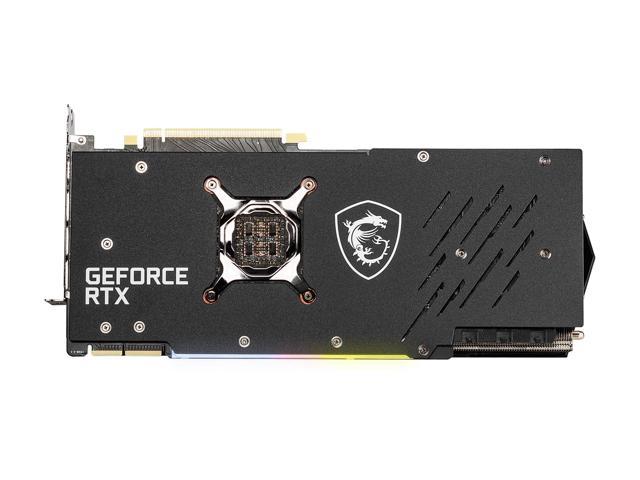 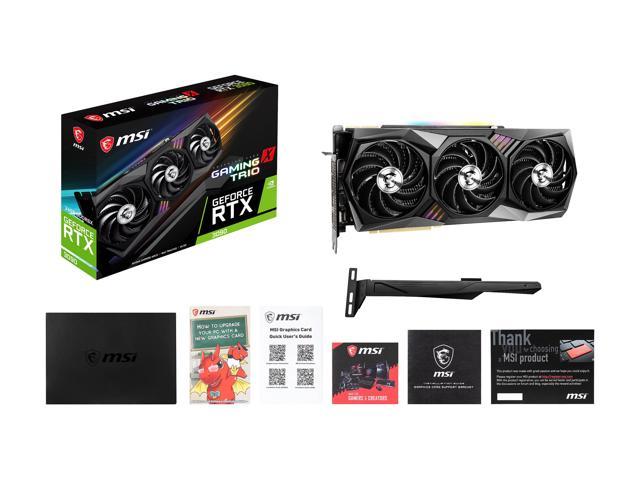 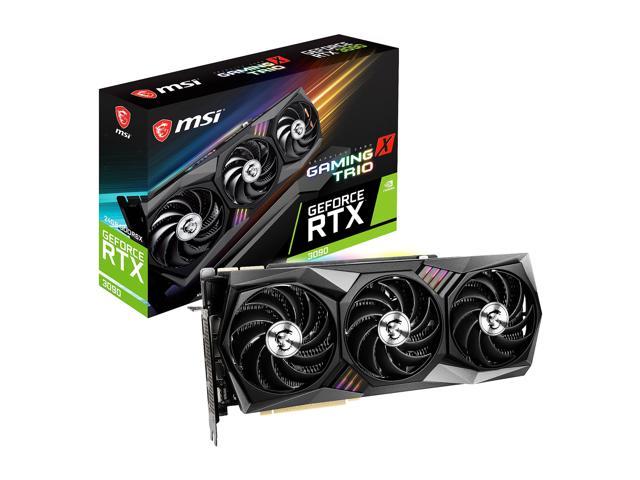 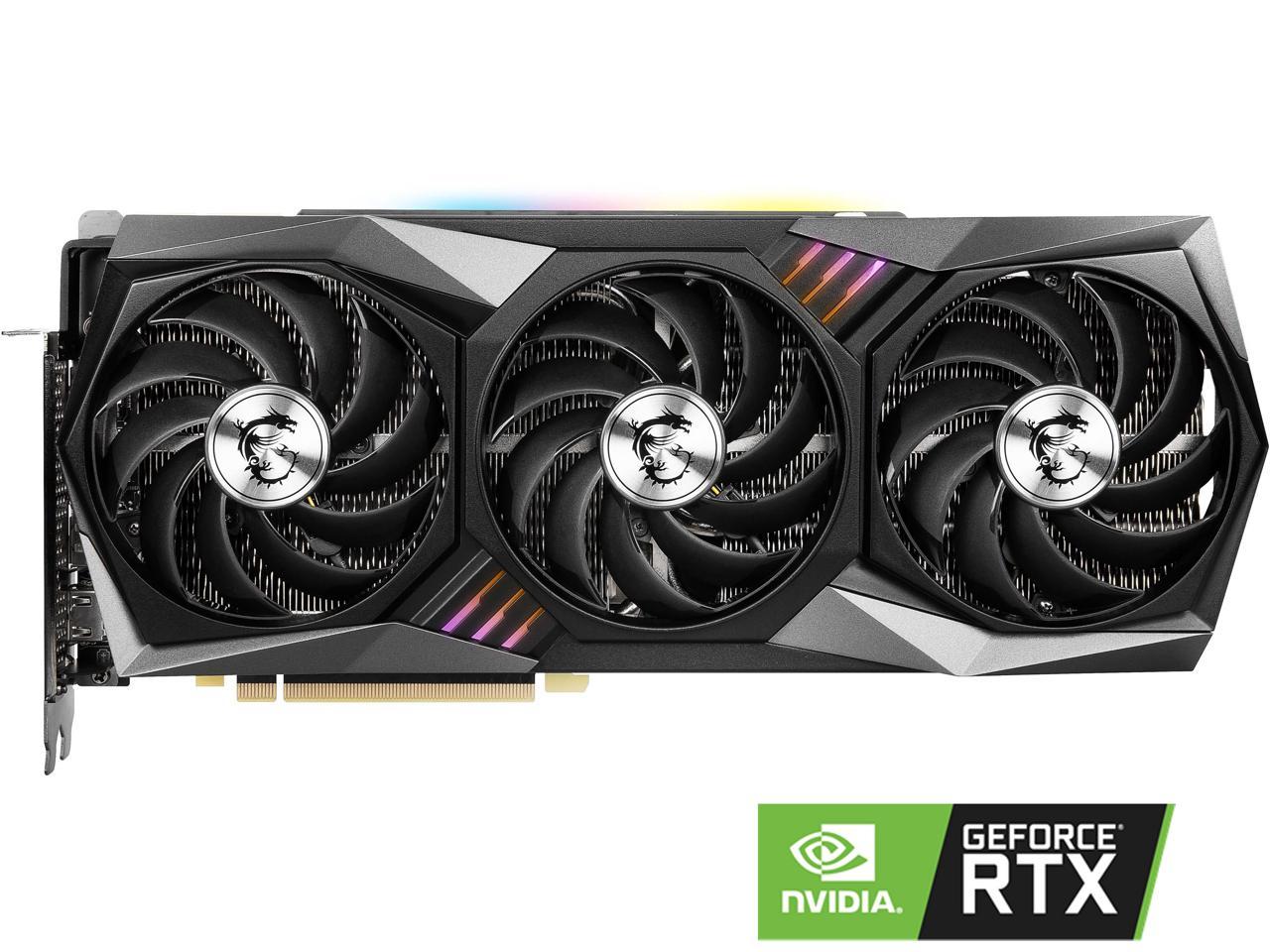 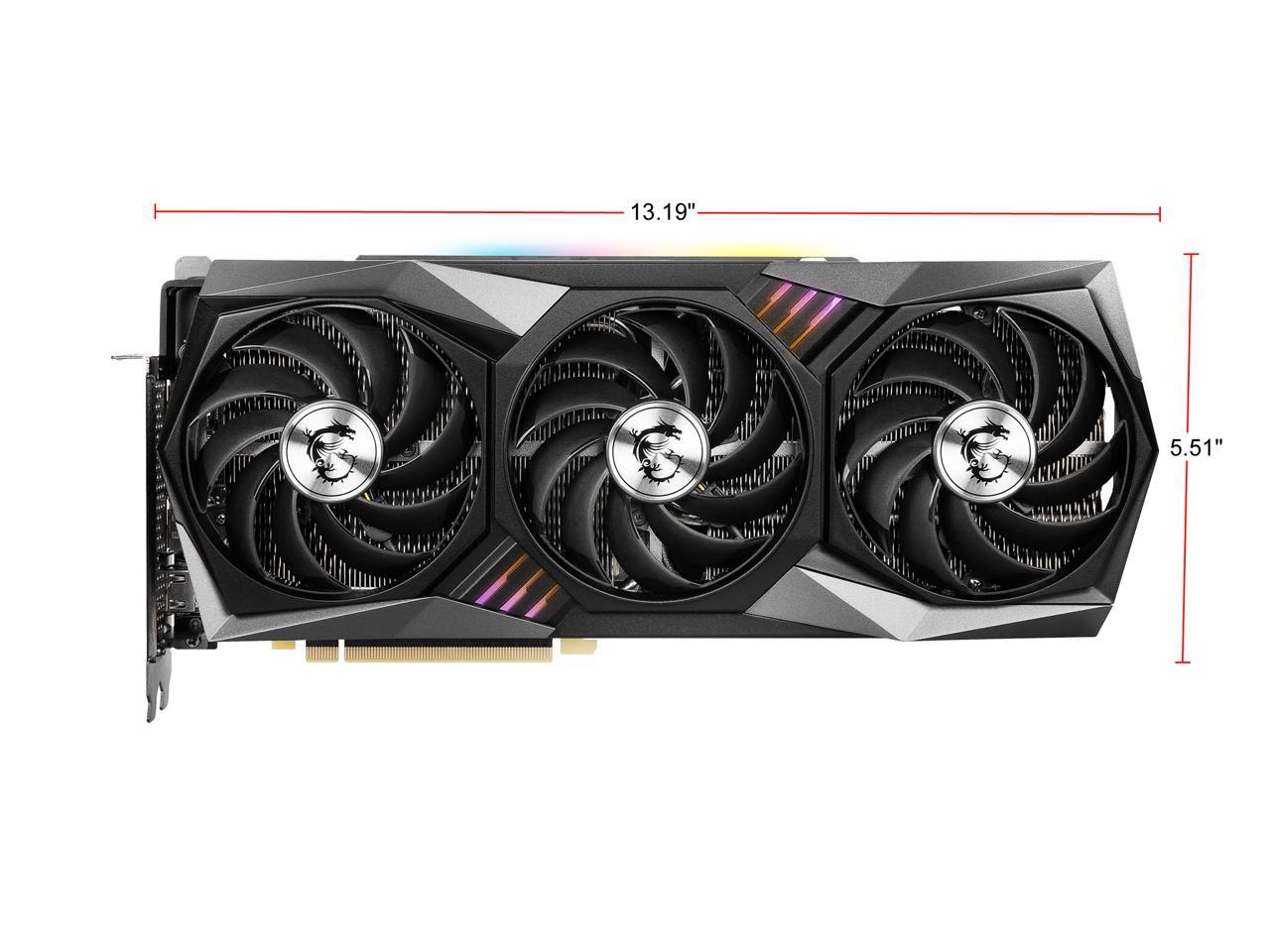 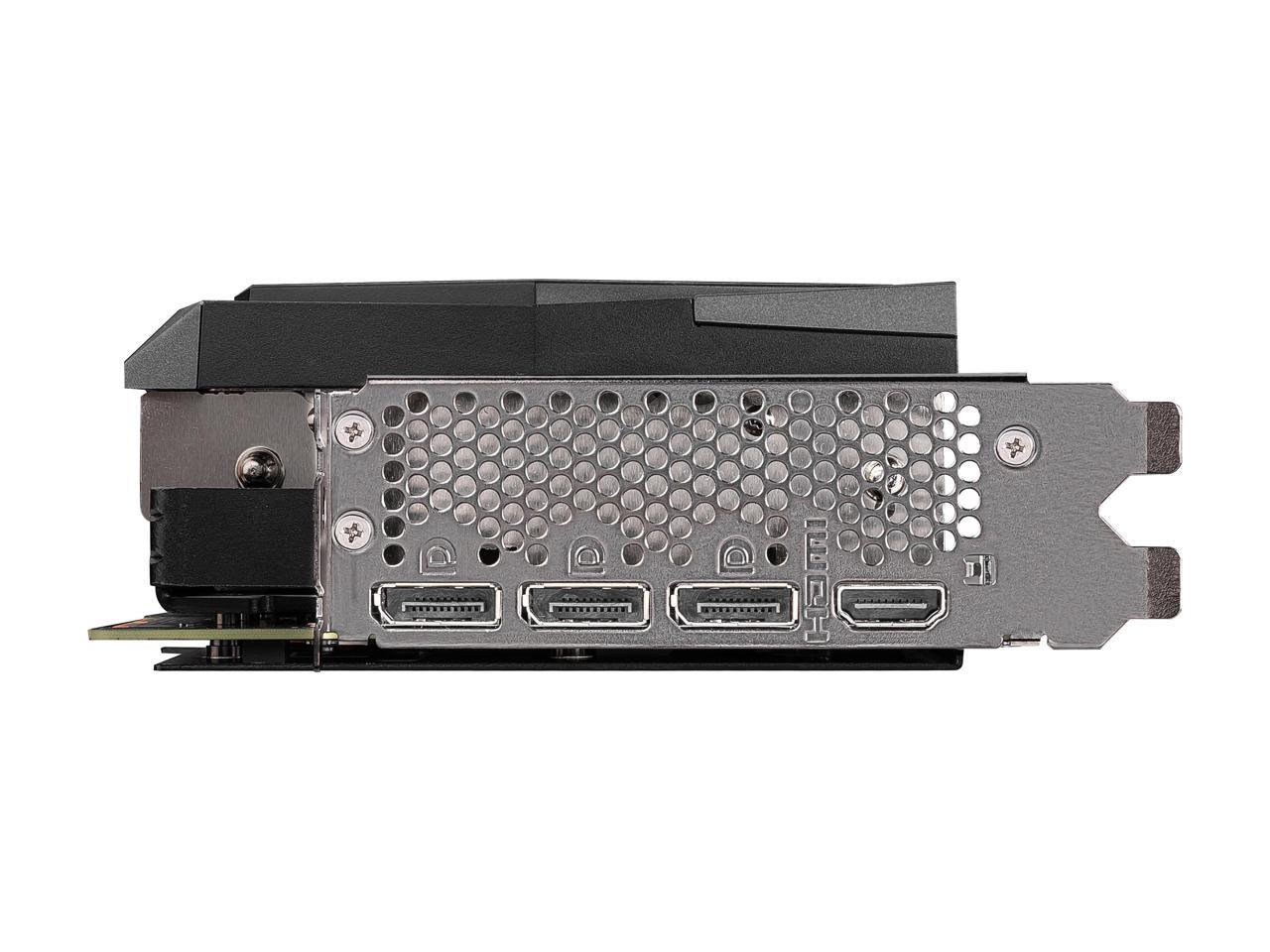 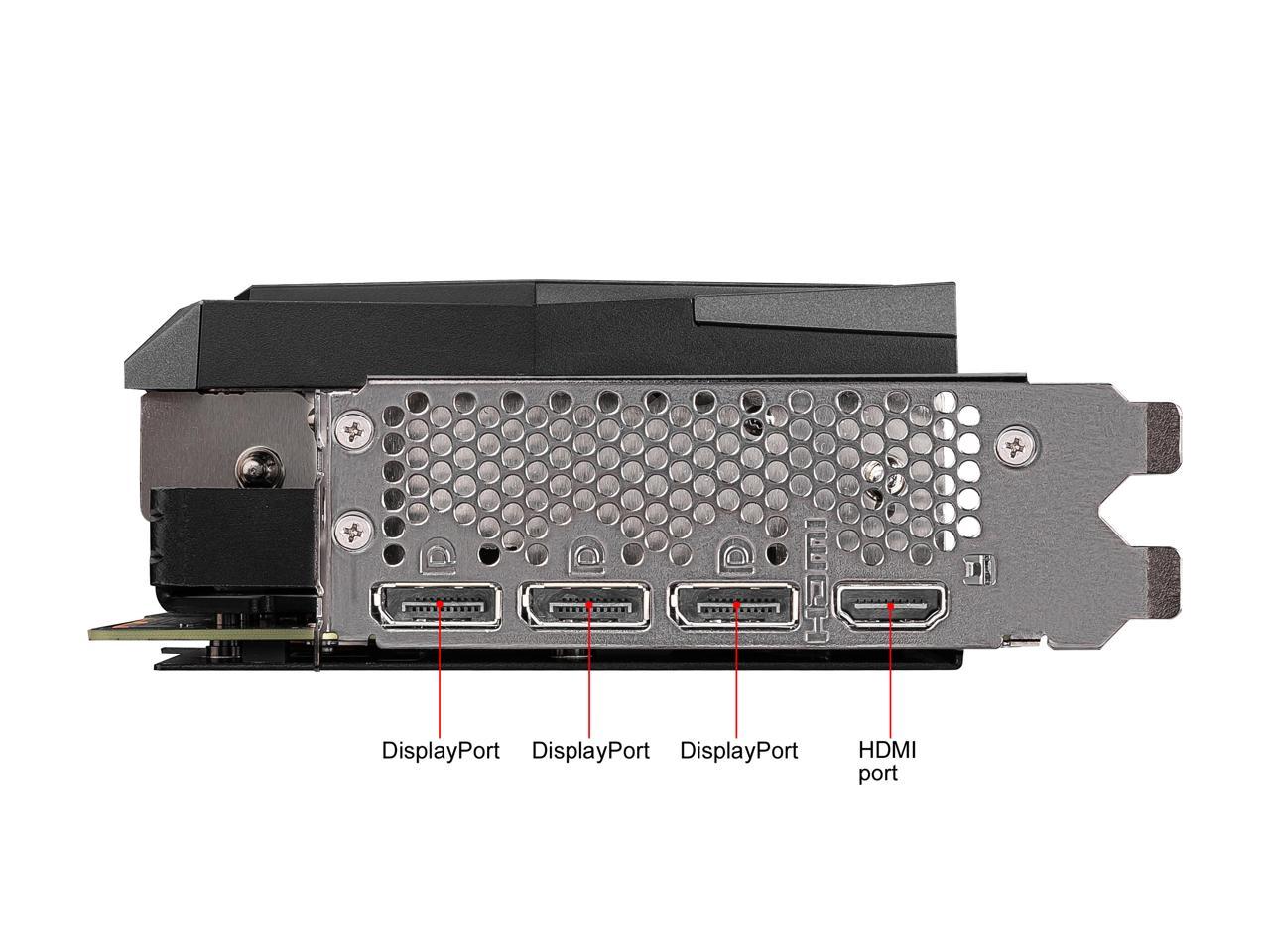 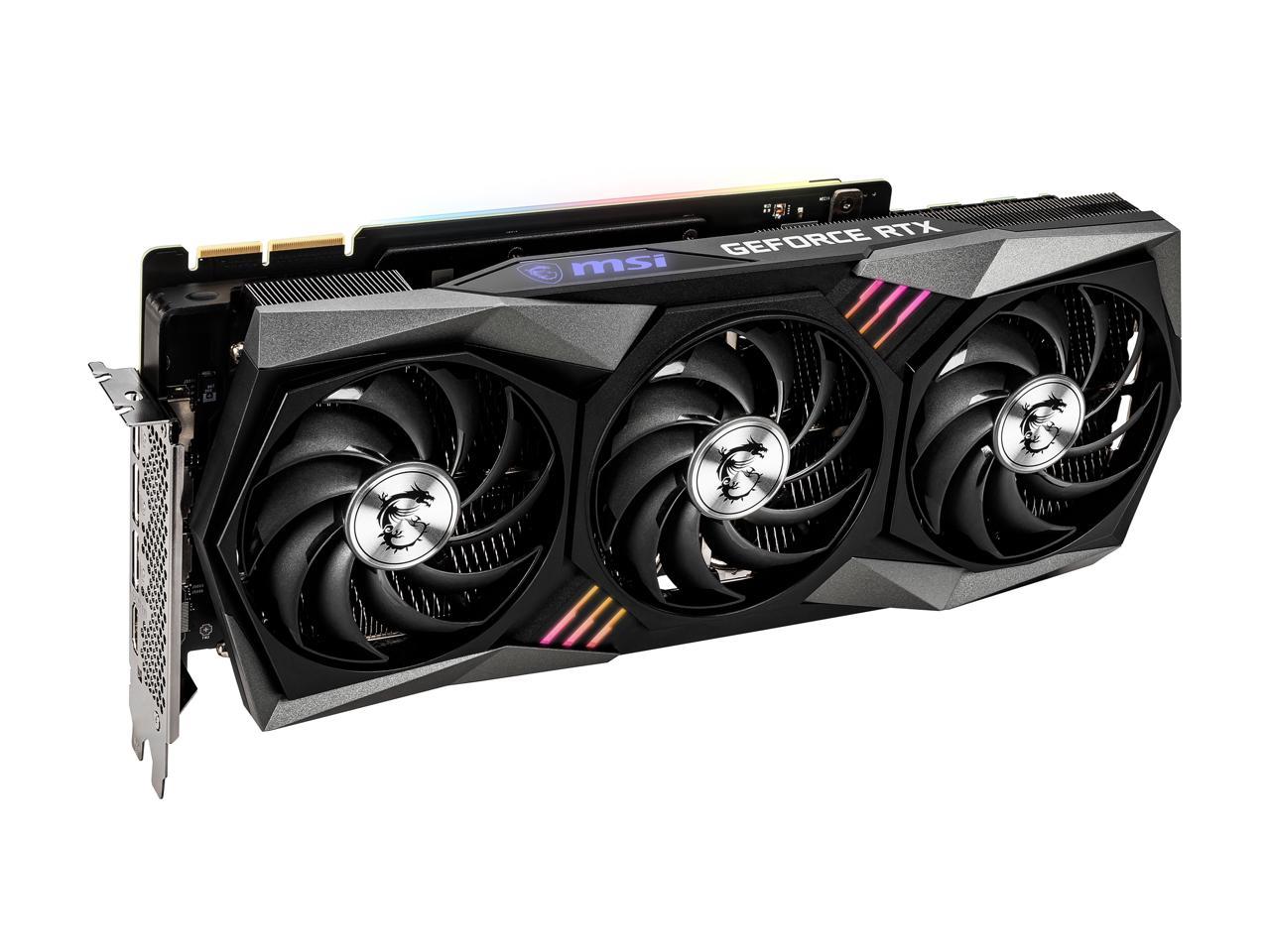 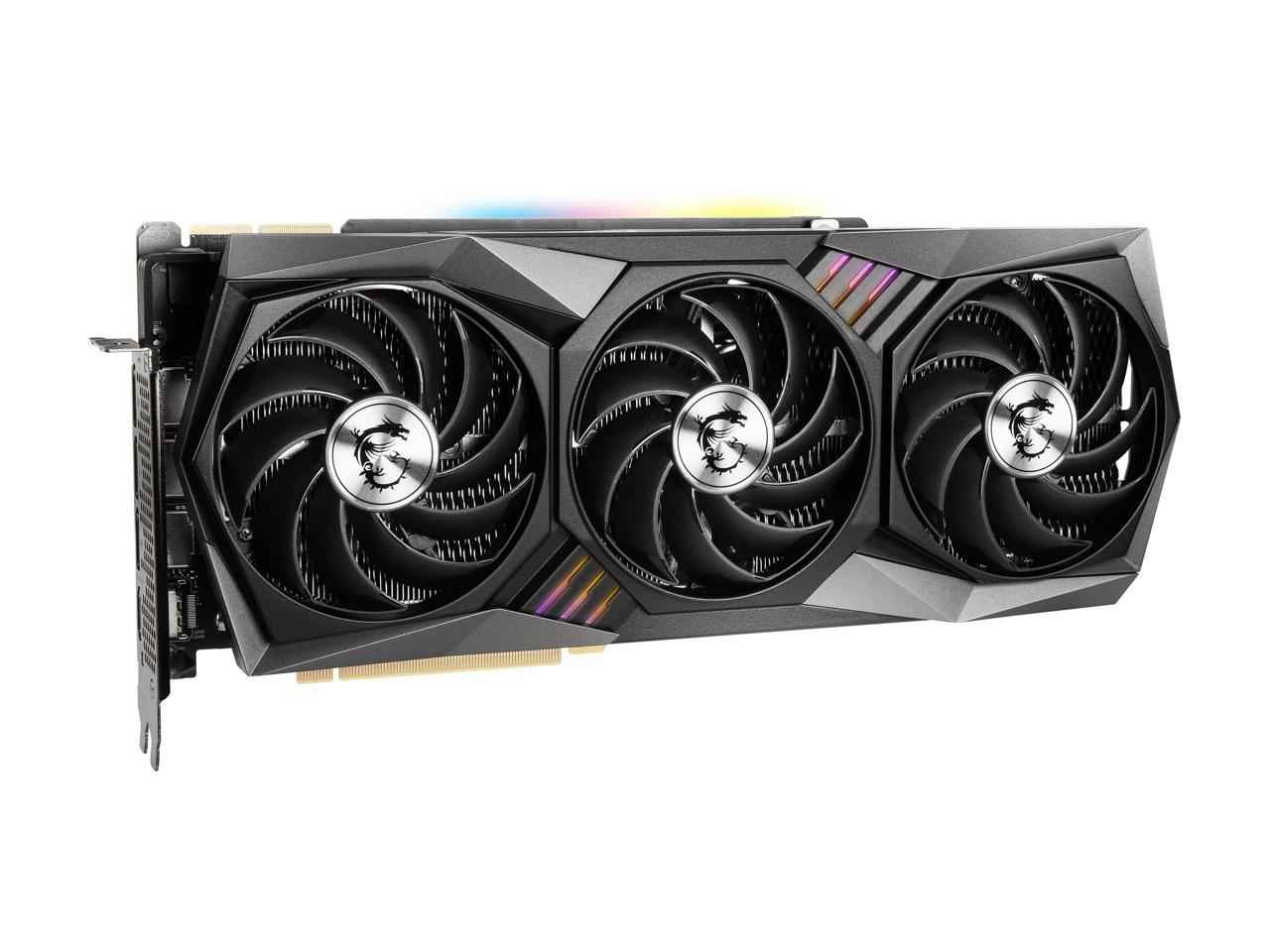 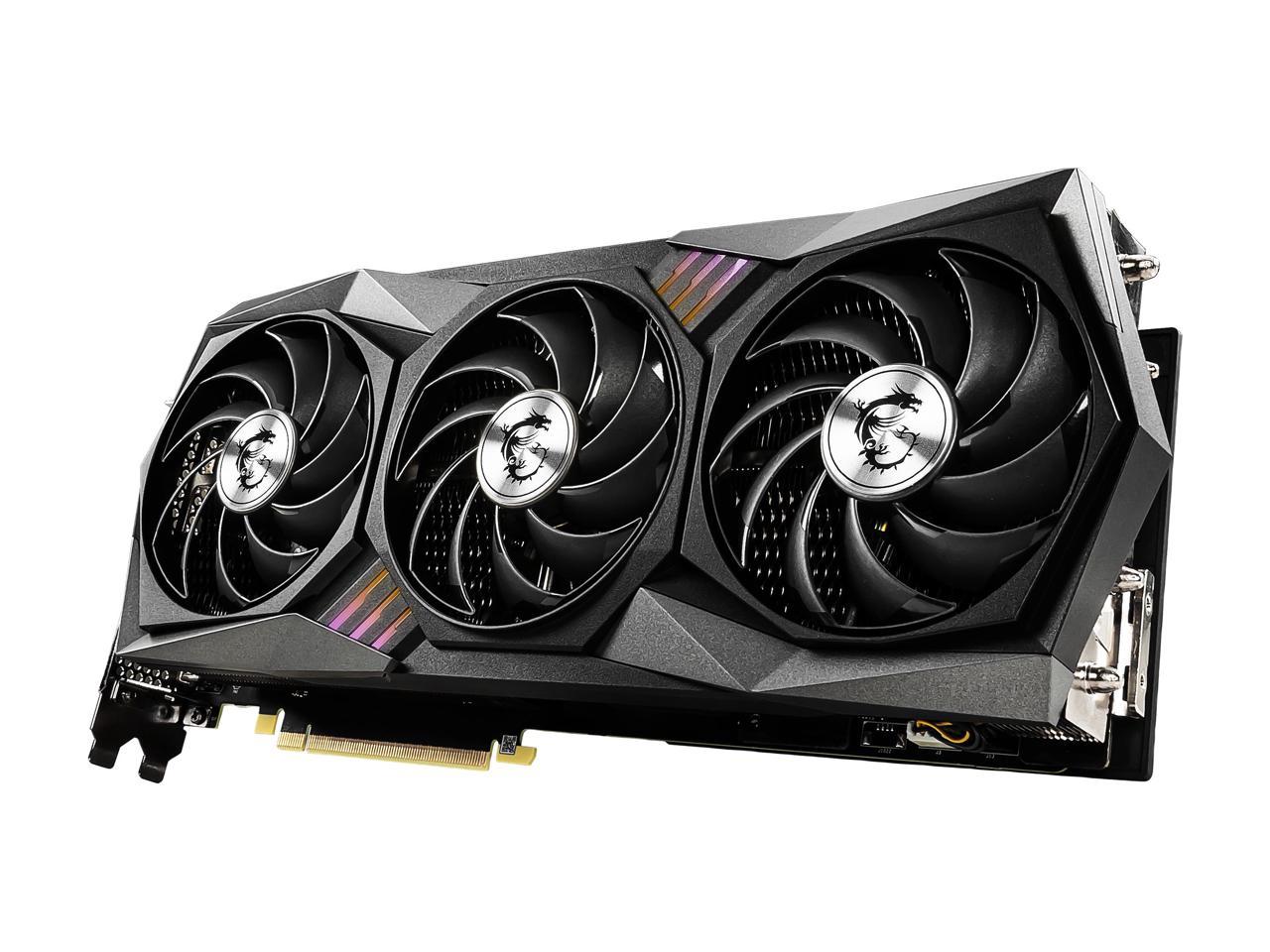 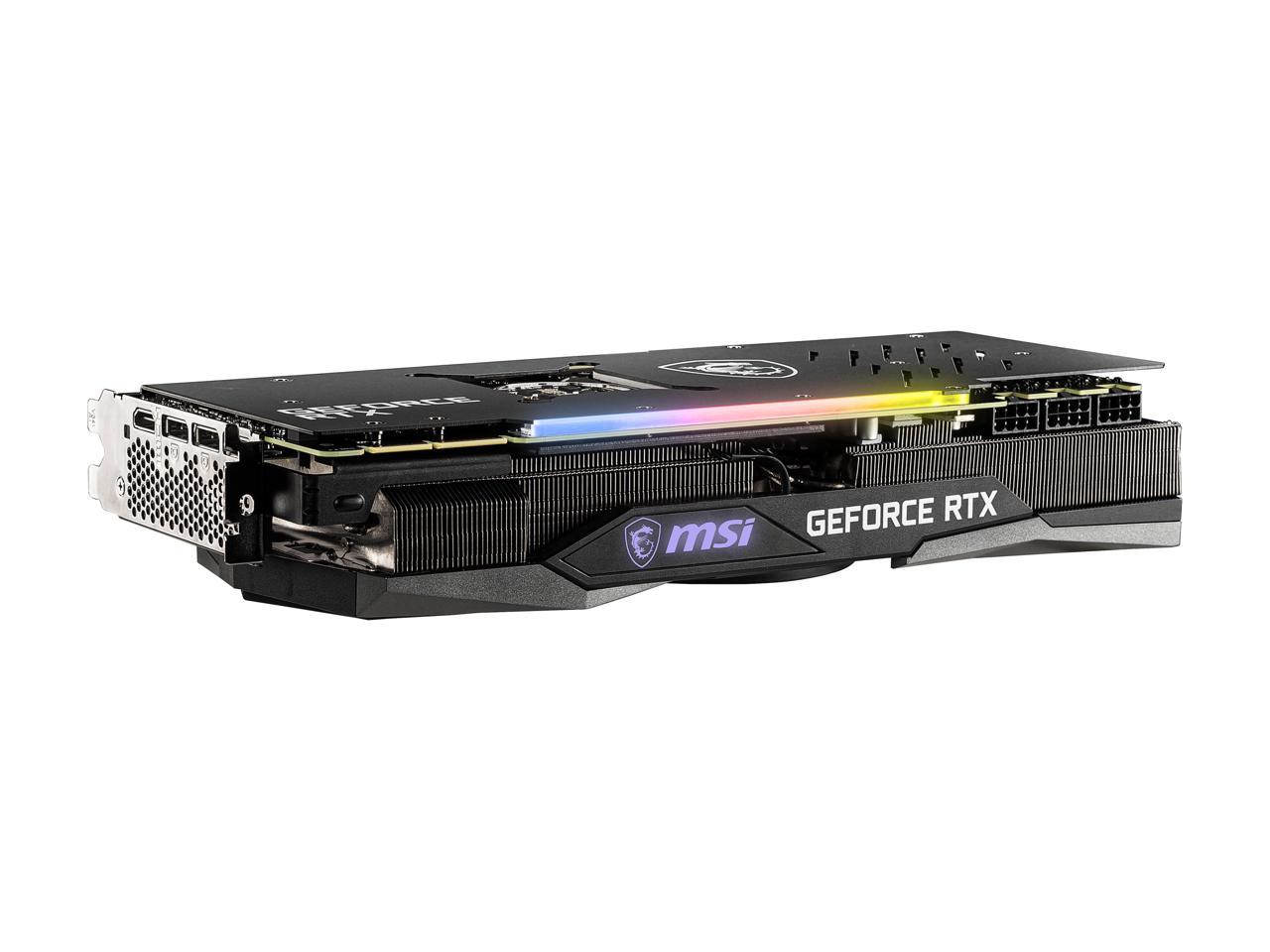 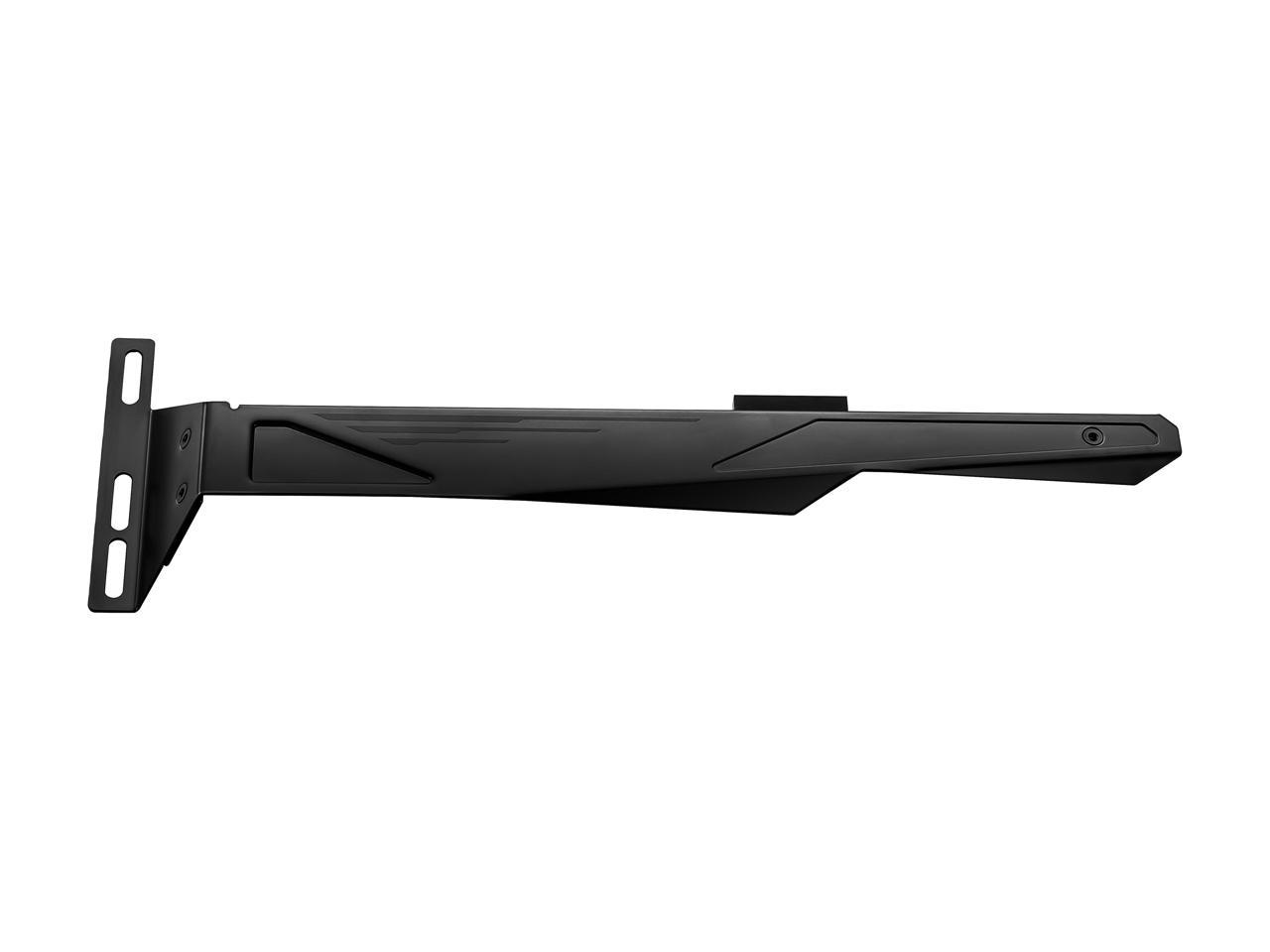 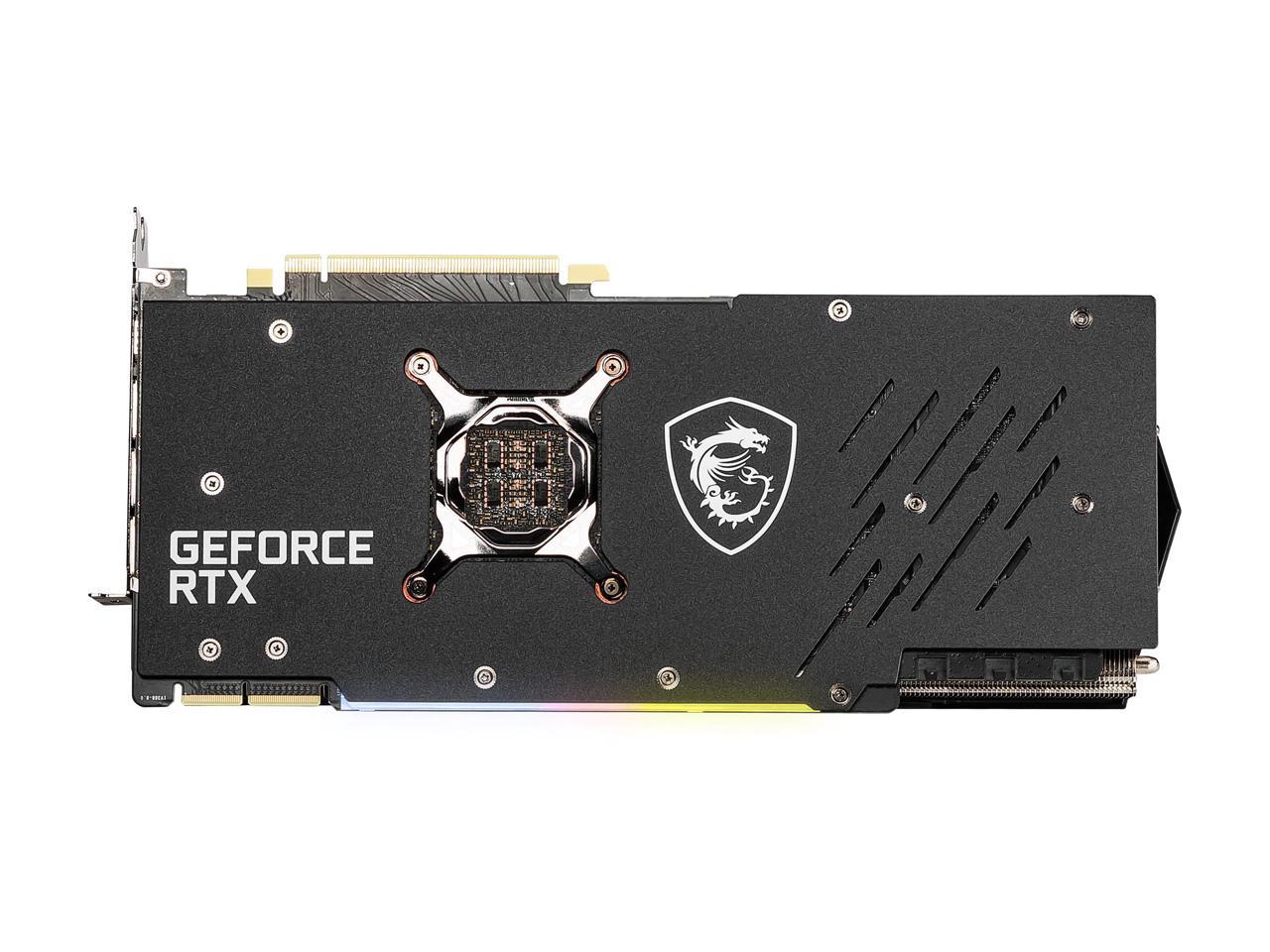 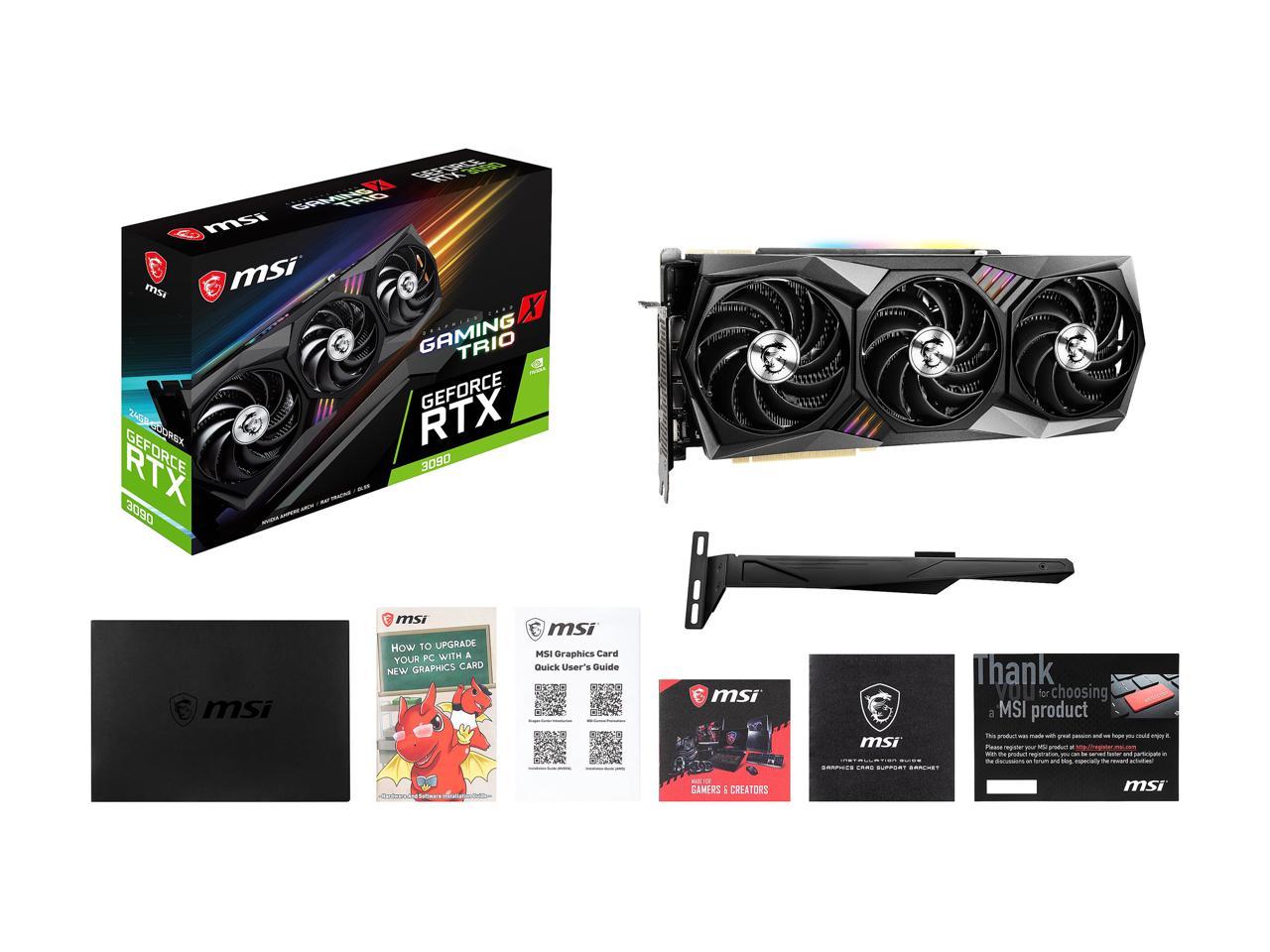 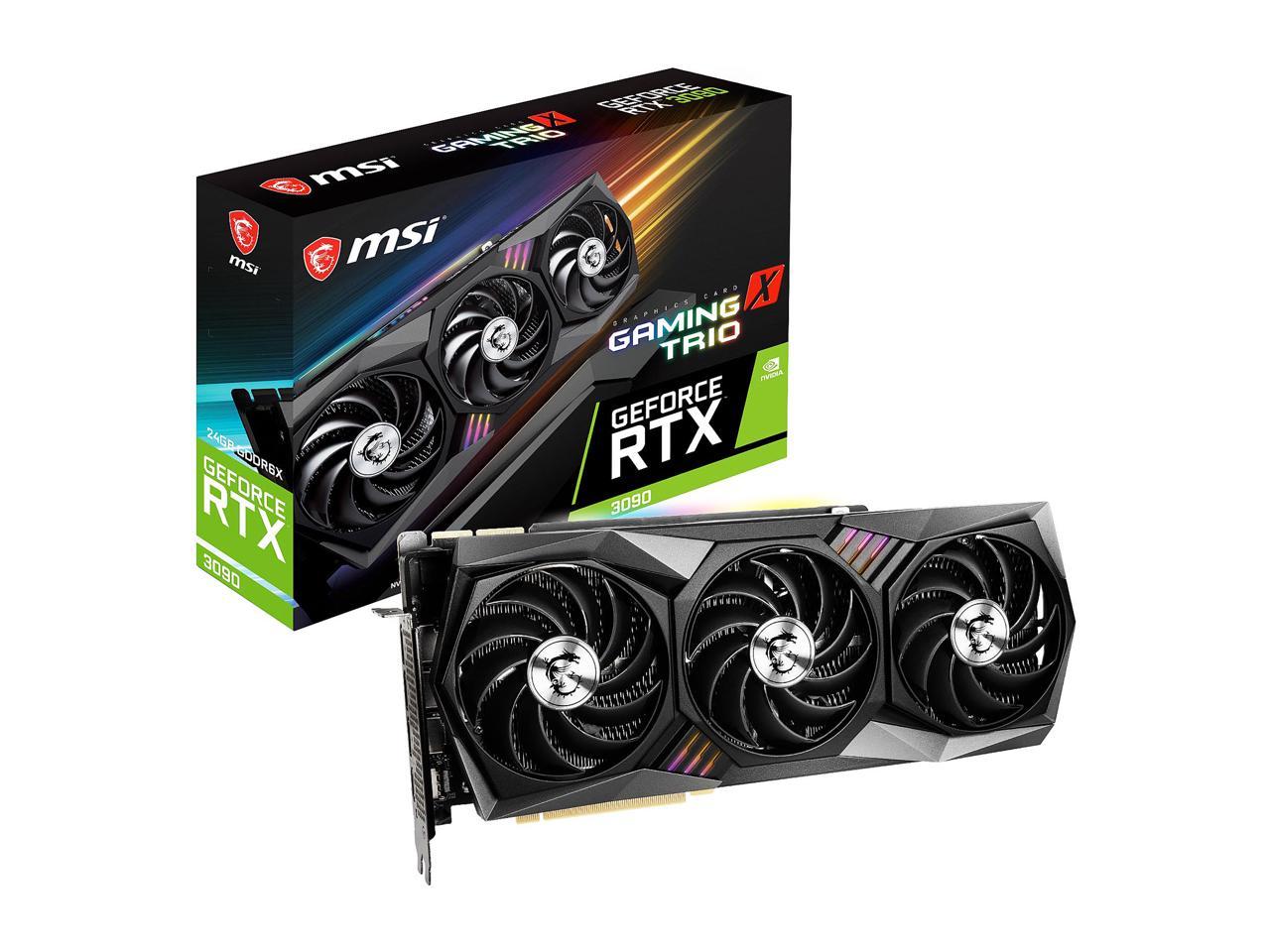 The GAMING You Know & Trust

The latest iteration of MSI’s iconic GAMING series once again brings performance, low-noise efficiency, and aesthetics that hardcore gamers have come to recognize and trust. Now you too can enjoy all your favorite games with a powerful graphics card that stays cool and silent. Just the way you like it.

It’s time to put on team colors. Synchronize lighting with other compatible devices to take the light show to another level. Going dark is as easy as turning the lights off.

TORX FAN 4.0 is built on teamwork, with pairs of fan blades bound together with a linked outer ring design that focuses airflow into the updated TRI FROZR 2 cooling system.

Leave no space unchecked. Heatpipes beneath the sturdy matte-finish metal backplate provide additional cooling for the memory modules on the rear of the PCB.

That’s How We Roll

Splash on Some Color

Dragon center — Mystic Light gives you complete control of the RGB lighting for both MSI devices and compatible third-party RGB products both inside and outside your system.

Afterburner - OC Scanner is the easiest and safest way to get more performance out of your GeForce graphics card. Powered by an algorithm created by NVIDIA, maximum clock speeds are determined and safely applied for your graphics card.

Cons: - Garbage-tier, awful overclocker. Power limits are set to 103% (385w), this is due to MSI's choice of components on this card that are barebones at best. It has trash-tier, 14-phase VRMs that output up to 630A compared to the FE edition at 1120A and the Asus Strix at 1080A, both with 16-phase designs. - Zero RPM fan mode CANNOT be used with a custom 0% Afterburner fan curve. Read this carefully: you cannot have BOTH zero-rpm fan mode AND a custom fan curve that starts at 0% rpm. Afterburner will default to the standard 30% minimum rpm, which renders the zero mode pointless.

Overall Review: Buy this if the list of pros appeals to you. Don't if the listed cons annoy you. Yes, this card needs a triple 8-pin because of the power delivery layout on the PCB. Each 8-pin can pull roughly 125w from the psu along with up to 75w from the pcie slot, totaling a max power draw of 450w. Sadly, you won't ever get anywhere near these numbers because of the VRM design, which again, is garbage tier. You'll get far, FAR better overclocking from literally any other card, except for the Zotac. Lookup "O!Technology" on YouTube for a nice review on the PCBs of the 3090 line-up for additional comments. All this said, I love the card. I don't care to overclock it after some thought because tbh, this GPU is so fast to begin with. It looks fantastic in my Lian-Li 011 XL case and it's as quiet as a mouse. Would buy again but would instantly advise against it for overclockers and tinkerers alike.

Manufacturer Response:
Hello Christian, Thank you for sharing your experience with the MSI RTX 3090 GAMING X TRIO 24G. Your rating and review is greatly appreciated and we sincerely hope you enjoy your new graphics card! If you ever have any technical questions in regards to the card, please feel free to contact us directly at 1 (626) 271-1004 Monday - Friday 9AM - 6PM Pacific Standard Time. Thank you for choosing MSI! Best Regards, MSI Review Team | usreview@msi.com
Frank
Ownership: 1 week to 1 month
Verified Owner
Performance/Noise12/12/2020 9:17:35 PM

Pros: Very powerfull card can play all the games Very quiet Make gaming so fun RGB very nice on the card Hope to enjoy it for a long time Thanks MSI for doing nice products

Overall Review: Go for it all the way

Cons: - Runs hotter than the surface of the sun. - No recent BIOS updates or support - Somewhat unstable at higher temperatures, lots of screen flickering as it re-negotiates resolutions.

Overall Review: While the card runs OK, it lacks decent BIOS update support for the card's vBIOS from MSI. They've changed their VBIOS support to either have to use their terrible bloaty system software or forcing you to contact support for VBIOS updates. After contacting support I got a biolerplate response of "Have you re-seated the card and tried driver updates", etc. Yes. Even stated that I'm looking for the newest VBIOS since I knew there was one, and they stopped responding to me altogether, even after trying to get their attention for 2-3 months afterwards. I had the opportunity to buy the same card, only through EVGA (3090 FTW3), plugged it in, updated it's VBIOS and everything runs amazingly. So this card is sadly sitting in a box after 3-4 months of use and it'll be the last non-motherboard I'll buy from MSI.

Manufacturer Response:
Dear Valued Customer, Thank you for sharing your experience with the MSI RTX 3090 Gaming X Trio 24G. We are sorry to hear you are experiencing a problem with the product. If you have any further questions regarding this product or have any suggestions for improvement for us, please do not hesitate to contact us directly at usrma@msi.com and we will be more than happy to assist you. If you would like further technical assistance, please feel free to contact our technical support department directly at 626.271.1004 from M to F, 9am to 6pm Pacific Standard Time. Thanks for choosing MSI! Best Regards, MSI Review Team | usreview@msi.com
Sadib A.
Ownership: 1 week to 1 month
Verified Owner
Great product, Balanced, Easy to install.4/6/2022 7:05:10 PM

Pros: Overall second-best RTX 3090 so far but when it comes to usability. Has balanced speeds, temps, and voltages. Has good clear instructions on how to install, CARTOON? Can run 360HZ and Triple monitor 4kHDR. Provides impressive graphics and smooth responsiveness to monitors with Gsync, and other output displays. Fantastic memory overclocking potential Has RGB under the card and over, has graphics card mount support.

Cons: The performance is slightly falling behind other 3090s Has not so good overclocking speeds things are complicated when trying to attempt so. Not a huge performance jump Temps are not the best has high heat output.

Overall Review: I highly recommend this product it's got a great price and most YouTube reviews and other articles and places have rated this second place I stand by it. The other RTX 3090s don't really hold up well and this by far does. There's a price and performance and this is the best you can get that money can buy. Other RTX 3090s may have performance but cooling may suffer so performance is not gained. When something is balanced there is greater speed than not having any balance is not with it at all. This RTX 3090 manages everything so by far the best product ever don't listen to those haters that are jealous and say the card is bad because in every new generation there's going to be a new graphics card that's going to be faster than last gen. No one knows what the future has in store but what is in store is in the present so get the video card for gaming and other enjoy.

Manufacturer Response:
Dear Sadib, Thank you for sharing your experience with the MSI RTX 3090 Gaming X Trio 24G. Your rating and review is greatly appreciated and we sincerely hope you enjoy your new graphics card! If you ever have any technical questions in regards to the card, please feel free to contact us directly at 1 (626) 271-1004 Monday - Friday 9AM - 6PM Pacific Standard Time. Thank you for choosing MSI! Best Regards, MSI Review Team | usreview@msi.com
Hao
Ownership: 1 month to 1 year
Verified Owner
Stop working less than 2 months2/20/2022 1:37:54 PM

Overall Review: I received the card at middle of Jan 2022, which is already late for the estimate delivered date. And after two months of nicely use the card (no overclocking, no bump, keep everything cool) the graphics card continually cause restarts and getting worse every times my pc restarted. I am glad I purchased the warranty for it or I have to pay extra money for this piece of st. BTW. It takes more than three days to register the warranty because the warranty website cannot find my warranty from Newegg. I am still waiting for the registration process, and THX Newegg and Msi make my days GREAT(if you truly believe it) PS: I remembered when I received the card, there has no protection other than a plastic bag.

Manufacturer Response:
Hello Hao, Thank you for sharing your experience with the MSI RTX 3090 GAMING X TRIO 24G. We certainly value your feedback and please accept our sincerest apologies for any inconvenience you have experienced. All of our graphics cards have 3-year warranties along with a grace period after that period ends. If you have any further questions regarding this product or have any suggestions for improvement for us, please do not hesitate to contact us directly at usreview@msi.com and we will be more than happy to assist you. If you require further technical assistance, please feel free to contact our technical support department directly at 626.271.1004 from M to F, 9am to 6pm Pacific Standard Time. Thanks for choosing MSI! Best Regards, MSI Review Team | JM03182019001 | usreview@msi.com
Joshua S.
Ownership: 1 week to 1 month
Verified Owner
I got one!10/8/2020 10:35:04 AM

Cons: It's huge, like comically huge. Didn't fit my meshify c with the front fan in. Ordered a noctua slim and had about 1-2mm of leeway.

Overall Review: I actually got one, after two weeks of refreshing pages I was fast enough to add it to cart without it going through and telling me it was out of stock hours later.

Pros: -It can run Crysis!

Cons: -She a little bit thicc