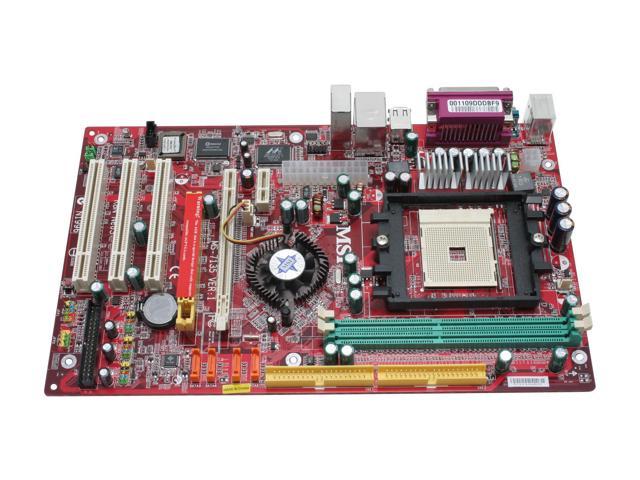 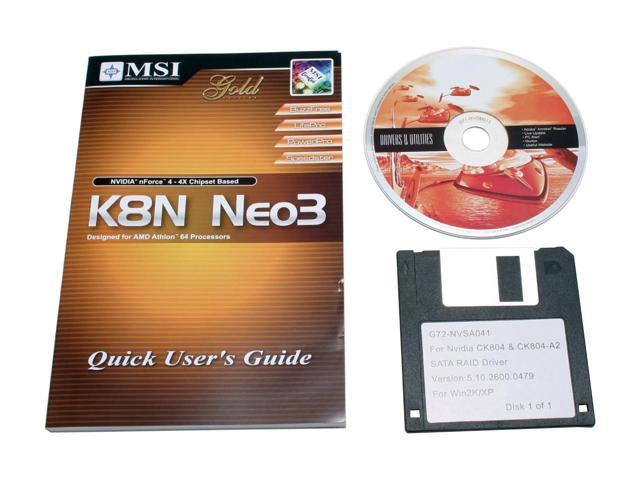 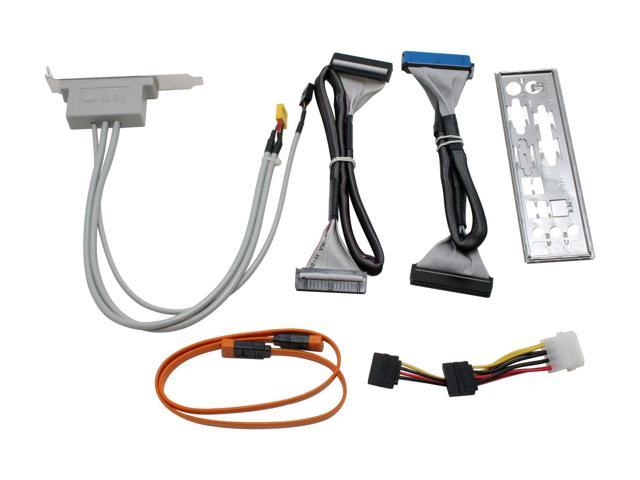 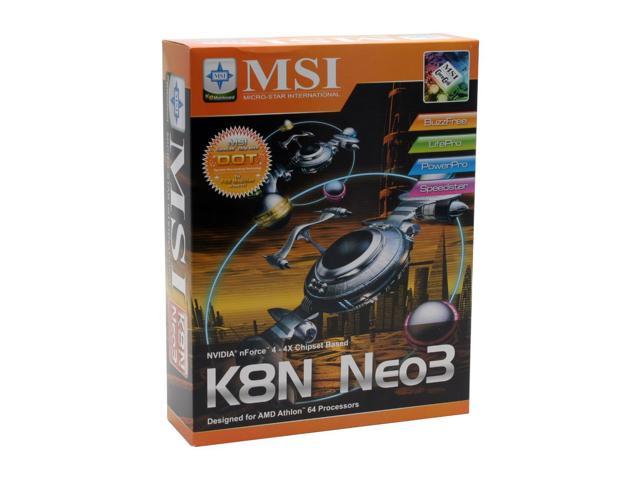 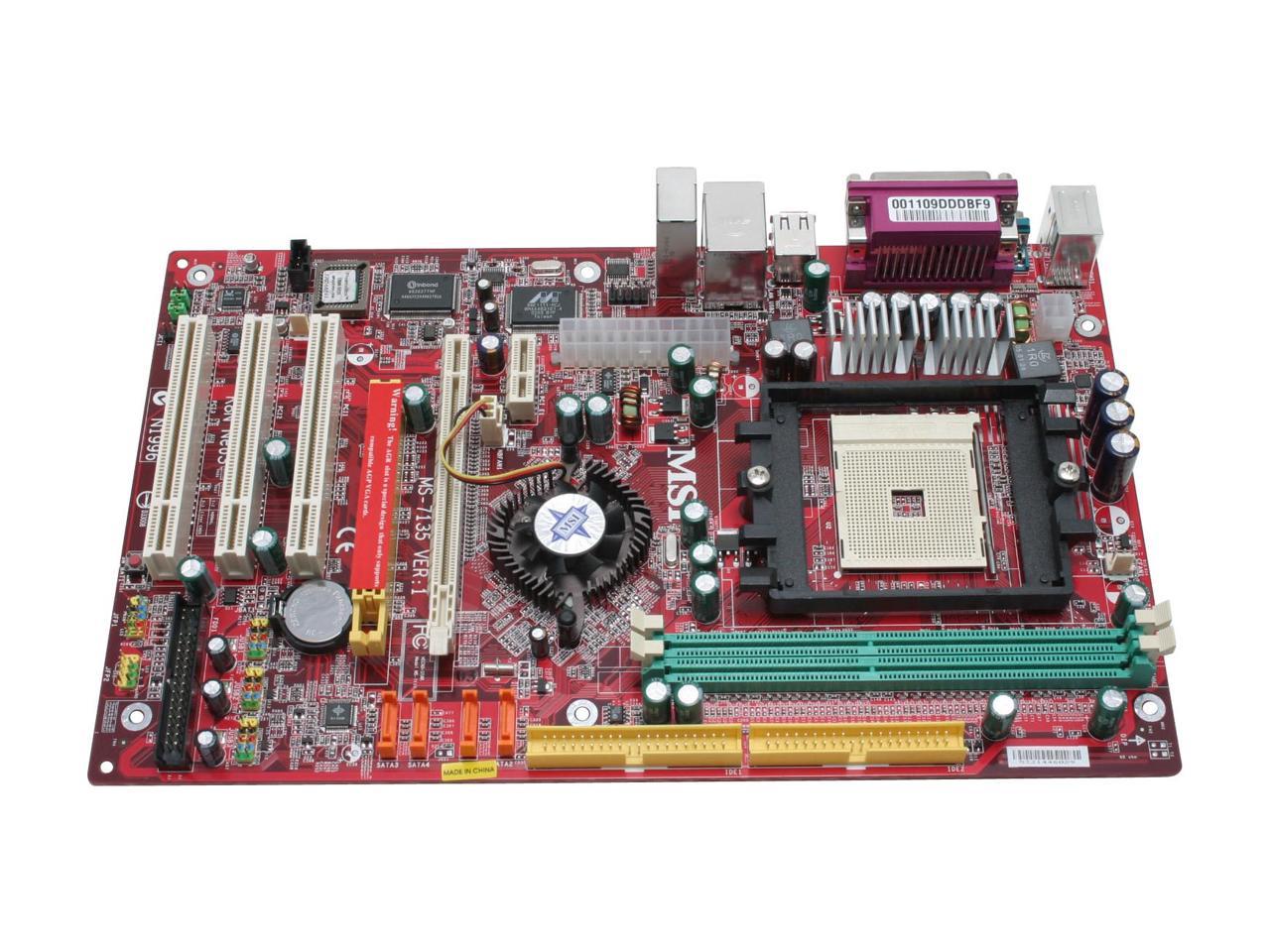 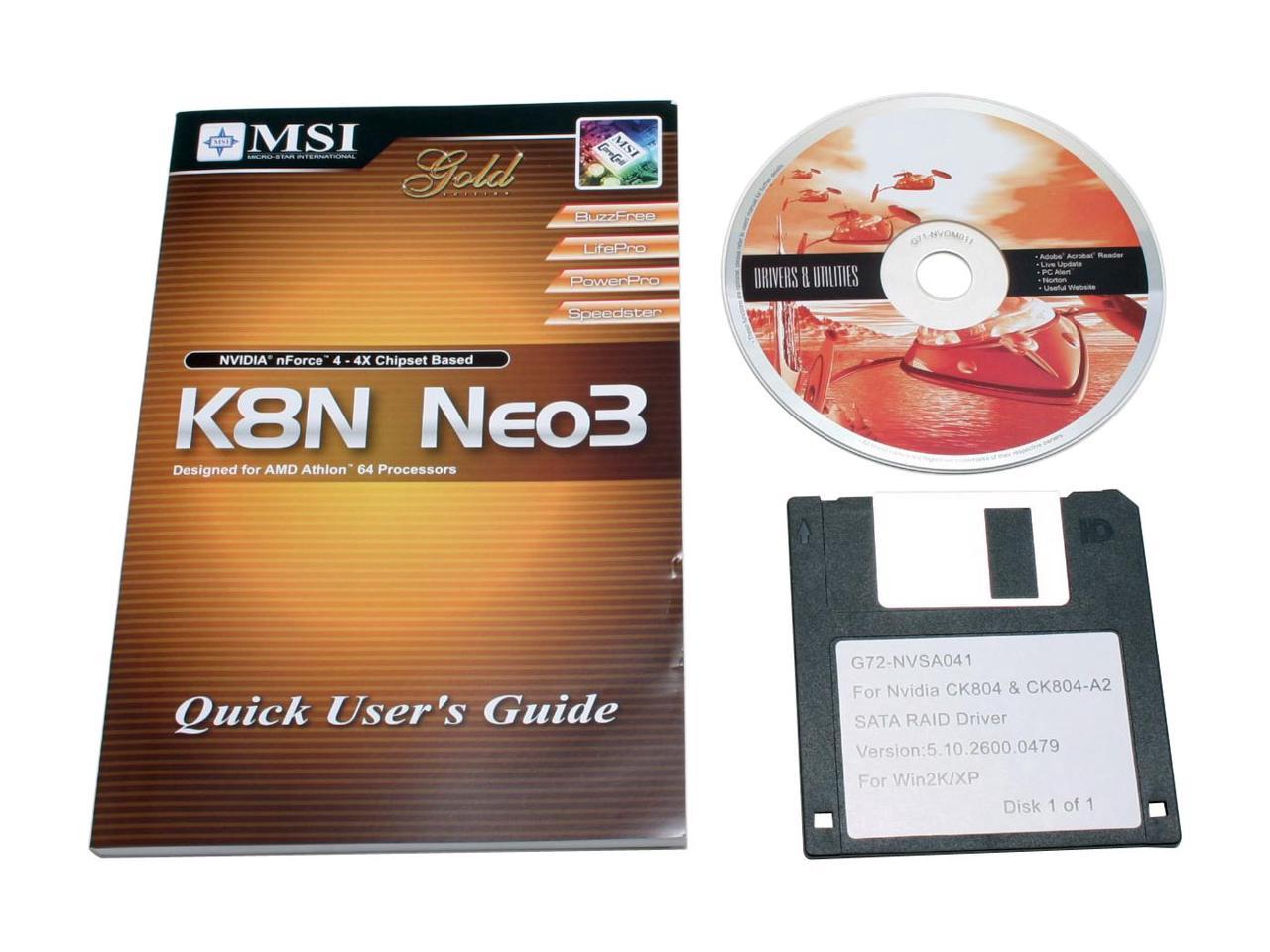 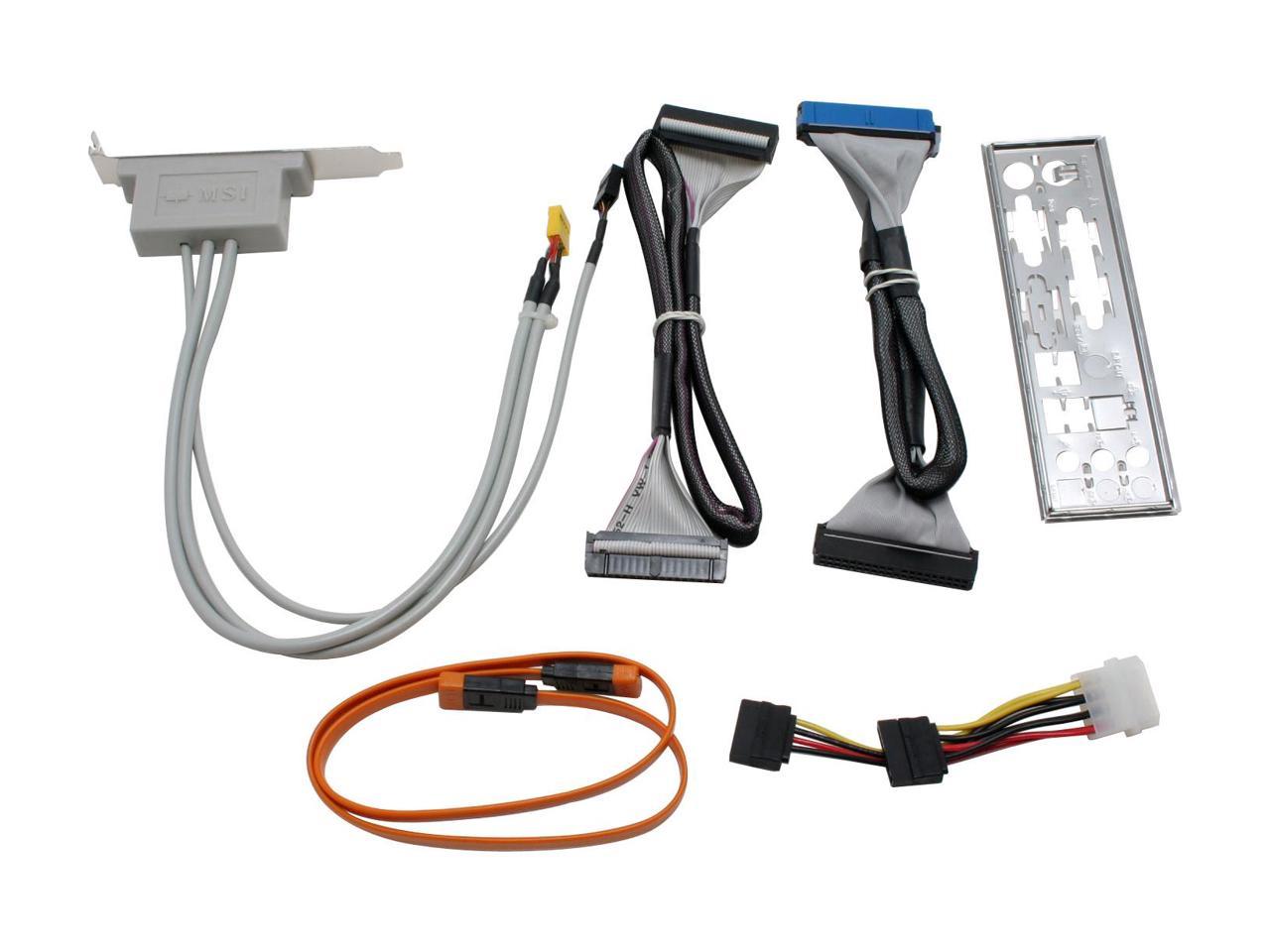 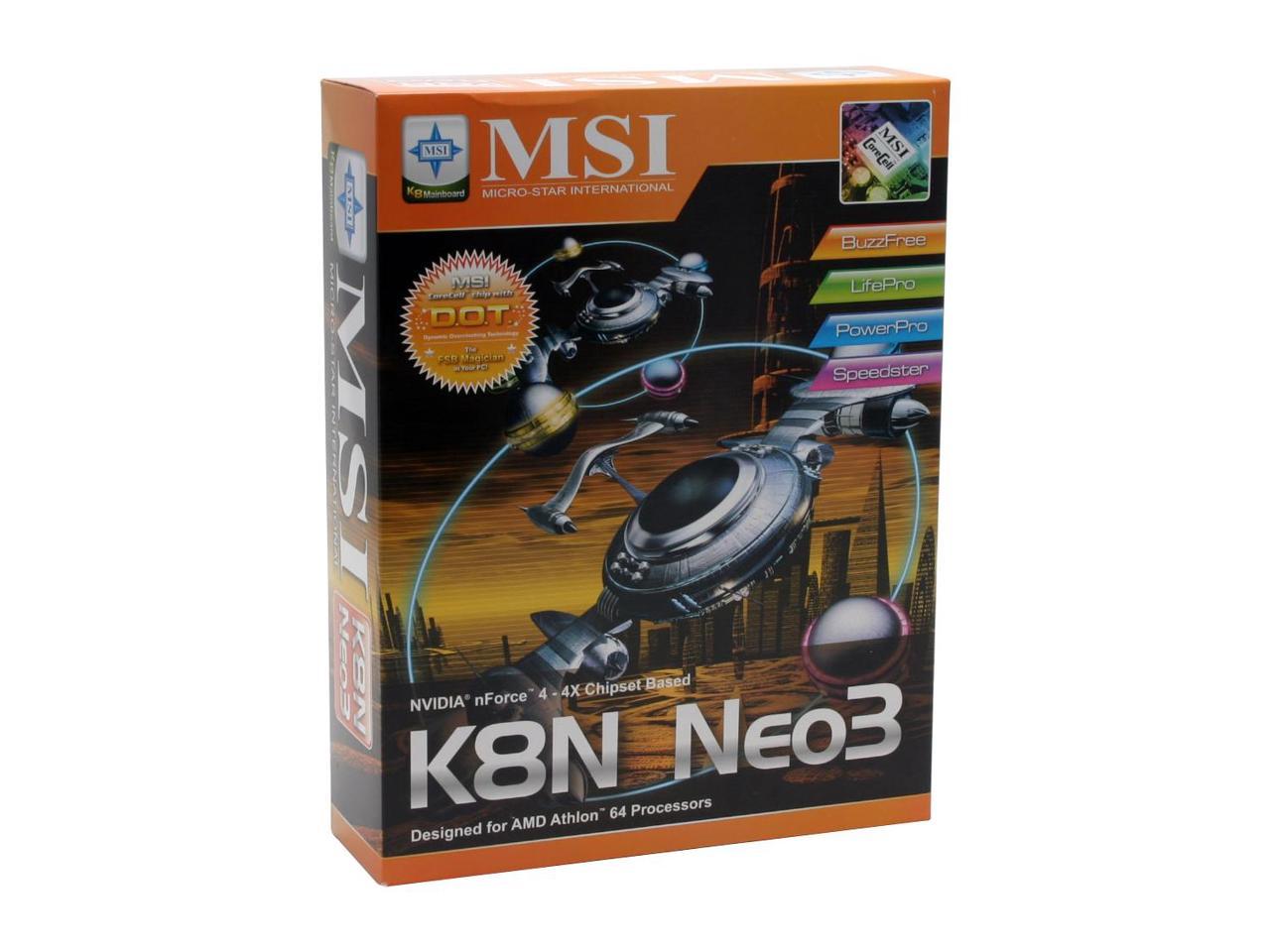 (65) Write a Review
OUT OF STOCK.
Specs
Reviews

Cons: none that I can see so far

Overall Review: agp and pci express together, what a concept. Havent tried the pci express yet but if it works like the rest of the board im sure it will be fine

Pros: AGP & PCI-E, 4 SATA ports, rather good layout, comes with sata & other cables. I havent got a chance to Overclock it yet but it looks like its gonna be a good one

Cons: F- for comming with a manual and everything else thats in Chinese. on the bright side the board it self (bios and whatnot) are in english.

Overall Review: I havent got a chance to Overclock it yet but it looks like its gonna be a good one!

Pros: Everything has worked, no comp. issues and it runs well.

Cons: THE downside has been that it's eaten through batteries, I've had it a little less than a year, and I've put four batteries into it.Guessing it's a defect but in process of trying for replacement now.

Pros: Great features for the price.

Cons: CPU socket is very close to the RAM, and with large heatsinks they almost touch.

Comments: I decided to go with a socket 754 board because the AMD +3700 CPU in 754 was over $100 cheaper than the 939 ones. I didn't think it was worth the money for the small gains. GOOD CHOICE! I was leary of purchasing a MSI board. I've never used them before and this board was priced fairly cheap for what you get, so I figured it might be junk. Let me say that this motherboard SMOKES! I like ASUS boards too but they didn't have a socket 754 board that had these features at this price. I'm really glad I purchased this board. I can't tell if the NB is really loud because my AMD Retail CPU fan is the noisiest component. That will be replaced soon. This motherboard is loaded with nice features. It's well laid out and fits perfectly in my CoolerMaster case. It picked up all of my new hardware without a single glitch! The gigabit LAN (network) needed it's driver installed to work with XP. It has SATA 1 and PCI-express. You can have up to 10 USB 2.0 ports. It comes with 4 USB ports on the motherboard and a USB adapter that occupies a PCI slot for 2 more ports. My CoolerMaster Cavalier has two more additional USB ports in the front, so I now have 8 USB ports. Plus it has another header for two more USB ports. That's awesome compared to my lone 2 USB 1.1 ports that I had on my old PC. It doesn't have any firewire connections, so if you need that you'll need an additional card or choose another motherboard. It has the hybrid AGP port but I don't know if it's good since I bought a PCI-E video card. It also comes with some monitoring software that allows you to watch the CPU temps, various voltages, etc. but I don't know how accurate they are but it's still nice. It also has some overclocking utilities in the BIOS. A word of warning if you have more than 2 IDE devices you will need another cable because it comes with only one IDE ATA 133 cable for two devices. Here are the PROS and CONS...the CONS don't matter to me that much but may to you so take it FWIW. PROS: Good users manual SATA support PCI-Express ready Lots of USB ports AGP support Gigabit LAN CONS: AGP support but questionable performance No SATA-2 support No onboard Firewire 2 DDR slots many boards have 3 and 4 slots If you are in the market for a great 754 motherboard with a good users manual then this is for you. MSI + AMD + NewEgg = AAA+++

Pros: Very nice board, A lot slimmer than i figured it should be.

Cons: Would like a bit more room between the processor and memory slots. WARNING- users of zalman cnps 7000, you may lose the 1 ram slot closest to the cpu! May have to trim the cooler a bit to get it to work.

Overall Review: I am not taking away a star for the heatsink issue. =)

Pros: The upgrade from an ECS 754 board was immediately noticeable right out of the first boot nearly a year ago. For its time the nForce4 chipset was blazing-fast, top of the line. It still holds a place today, but its 754 implementation is no doubt losing viability. Plenty of room on the board, nice if you want to install a massive CPU cooler. I personally haven't, but it is possible to center a 120mm over the CPU and still clear the case fans. If your cooler is low, however, you will need to worry about the RAM placement. Overall good layout and PCB labeling.

Cons: This board has taught me to be wary of motherboards offering a northbridge fan. I wish I had known then what I know now, that any northbridge fan placed on a motherboard in this range will probably not stand the test of time. Just short of one year of operation, my fan gave out. I removed the tiny heatsink and applied some silver-based thermal compound, and pointed a 120mm fan at it pending the arrival of a Cooler Master SLC-S41-U1 chipset cooler and Artic Silver's Arctic Alumina thermal adhesive (AATA-5G). If you buy this board, or any board with a chipset fan, take no risks. Purchase an aftermarket chipset cooler at the start.

Overall Review: Will be removing this board soon in favor of a 939 dual core. However, I do still hope to get another year or two's use out of it and my Athlon 3400+ as a low-traffic server/general second computer.