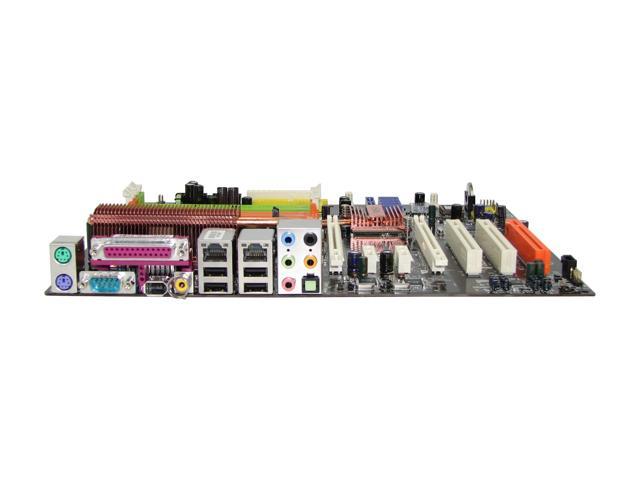 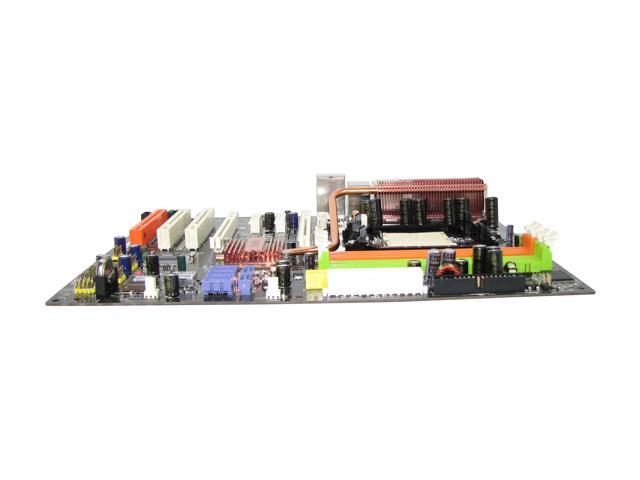 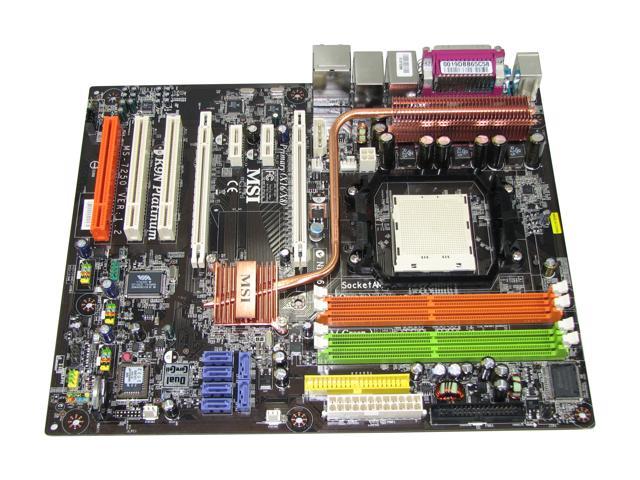 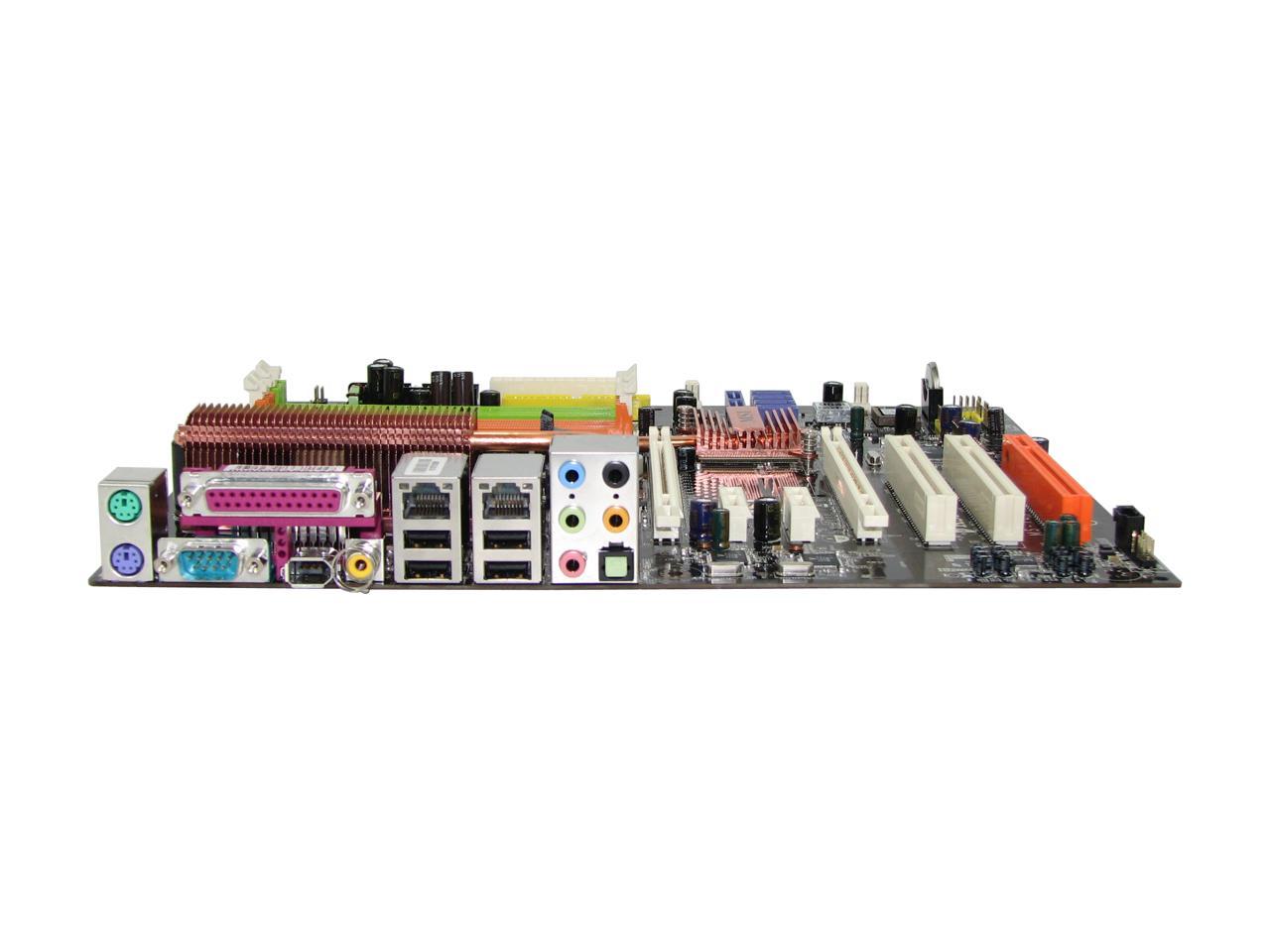 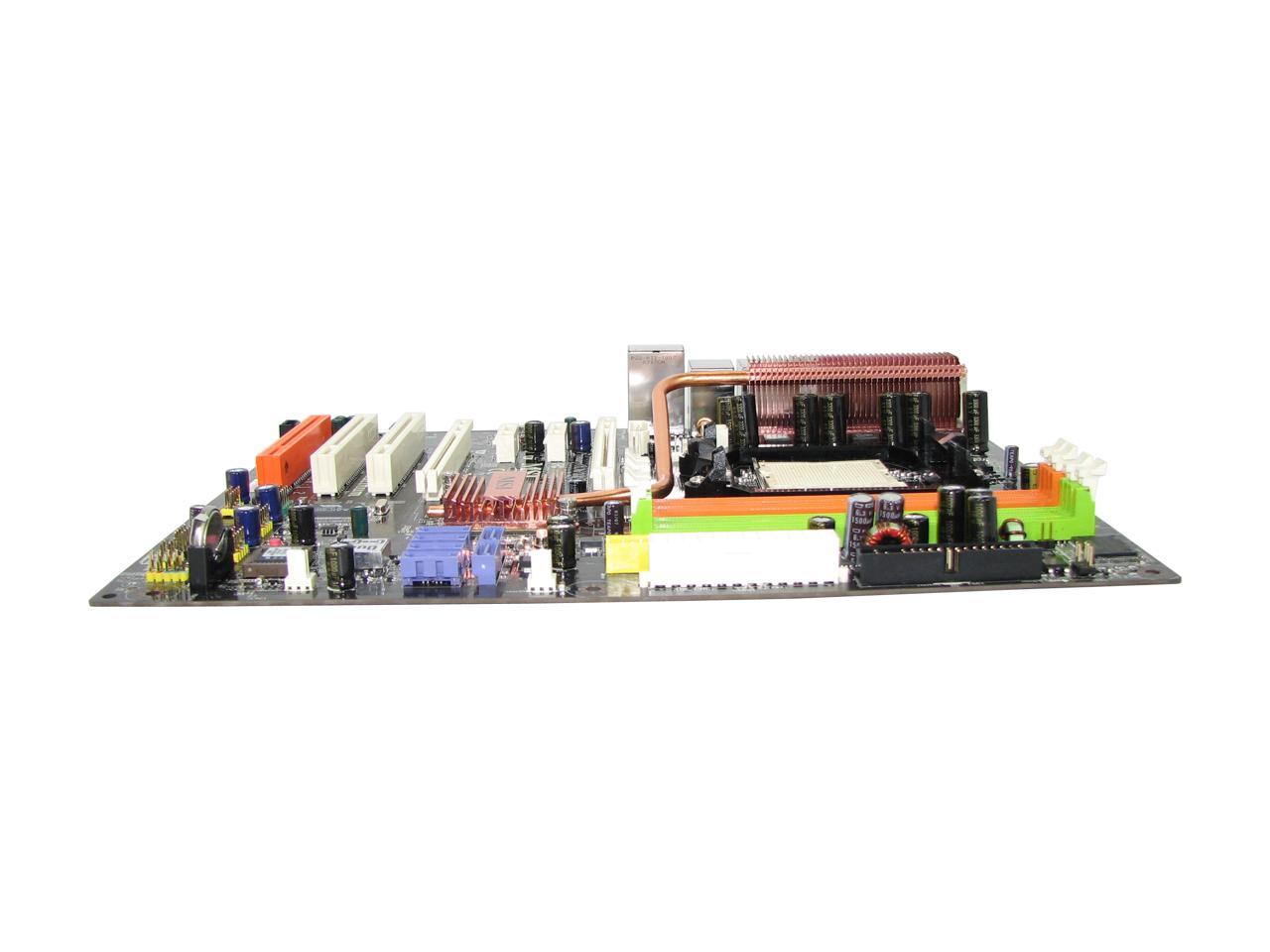 (71) Write a Review
OUT OF STOCK.
Overview
Specs
Reviews
With processors and chipsets developing new generations almost every six months, it becomes important to have a motherboard that can handle developing technology. The MSI K9N Platinum brings you a serious feature set, room for a boatload of DDR2 800 memory, and enough PCI and PCI-E slots to plug in the cards of your choice for the best in stable performance. This flexibility is good for business considerations, as well, because it allows for multiple rapid networking options.
This board will cheerfully cope with moderate overclocking, retaining stability at impressive levels for the moderate tweaker looking for a good value. MSI makes some fine boards in support of a variety of platforms and chipsets, and this one offers real solid return on your motherboard investment.

Pros: This is my first experiment with an AMD MD / processor. This board has a ton on onboard features, which really reduce the number of additional cards you need to install. Fairly quick response to support email inquiry from their website.

Cons: NO 64-bit drivers!! If you insert their drivers disc in a machine w/ XP Pro 64-bit OS loaded it will tell you that it is an unsupported OS! This drove me absolutely batty for about 12 hours as i kept trying to manually load 64-bit drivers off their provided drivers disc. 64-bit drivers were finally found at and they seem to work great. Other conn is that you would have a hard time using some of the onboard features if you had several pci cards in the system because many of the onbaord features like USB and Firewire attach directly off the MB and require a backpane slot. Fortunately w/ so many onboard features hopefully you won't have too many additional pci cards to install.

Overall Review: I was really down on this board until i got the link for the 64-bit drivers, which came after i sent a support email through their website. But once I was able to get them loaded it cleared up all my invalid devices and everything appears to be running pretty good at the moment. The drivers CD that comes with this MB contains a slew of drivers for devices that aren't installed on this board, and some of them are 64-bit drivers which made this whole process extremely confussing. i guess they must just distribute this same drivers cd w/ all their products...

Pros: Easily understood BIOS for easy overclocking. Has a button instead of jumpers to reset the BIOS, or if you want you can reset it 3 times in a row with a failed overclock and it will default all the clocking values to normal.

Cons: The second PCIe 16x slot (yellow slot) will default to 1x speeds if you place two 16X cards into the system. There are some video cards that are 1x and 16x but these cards are more for CAD and dual monitors. Another con is that there are virtualy no programs around that will monitor the tempertures of the CPU and North Bridge on this motherboard. Also the North Bridge heatsink will burn you, literaly. So DONT TOUCH THE HEATSINK TRYING TO FIGURE OUT THE TEMP WITH YOUR MIND AND NO SOFTWARE THAT MONITORS IT!!!

Overall Review: Great motherboard for the price. It just came out so that is the reason there is little support for it and the processor as of now. Currently overclocking a 3000+ to 2.0Ghz with stock everything, looks like I will be hitting 2.4+ before the night is over with. But seriously buy this motherboard or the SLI version that supports 8x on the second 16x slot when trying to do SLI.

Pros: I got this in hopes of converting from s939 to sAm2. With the questionable reviews I was hesitant. I owned a MSI K8N Ultra before this. It wasn't great but then again it wasn't too bad. This one is great. I got a Socket AM2 3500+ Orleans. OCZ 2x1gb dual channel DDR667, Aswell as some previous hardware. Worked great.

Cons: Unlike Socket 939, you stick your heatsink on one extrusion, not three. It's a little more 'unstable' hook-on but still more than suffencient to keep the heatsink on.

Overall Review: Great board. I figure that most of the users who put reviews are because they are distraught. Most people who recieve great hardware don't review. I was hesitant to buy this with all of the bad reviews.. but I assure you that it's great.

Pros: Good board nice and fast with a decent layout. Great features, it has everything like HD audio and 2 ethernet ports

Cons: Molex connector for the PCIe power is a bit inconvenient

Pros: Excellent functionality for the price. Bought it for HTPC but also great for most uses. The number of PCI and express slots is why I bought it over other boards, along with the spdif optical built in. RAID is fast (read below). BTW the D-bracket is included, works well

Cons: RAID drivers. If you don't plan on booting from RAID then no problem, but If you plan on using RAID for your system HD, then avoid wasting hours trying to use the supplied driver disk. You need to build your own XP install disk with a program called nlite... it is free. The new drivers must be incorporated into the install cd or your install WON'T WORK. do a search, this is a common prob with this RAID chip. Get this but save yourself from a headache and do this. otherwise this would get 5 eggs. if you want a good tutorial on this then google this "Integration of nVRaid drivers into XP, W2k and W2k3 (32-bit)"

Pros: Good feature set, good overclocking options, good price for what you get.

Cons: Random shutdown problems. Burn a DVD, machine turns off. Have to RMA it and have a capacitor replaced. Thought it was the power supply at first, but turns out it's a "known issue" with some revisions of this board.

Overall Review: I'd give it 5 stars if they'd bothered to put a proper capacitor on it and properly test the board before releasing it.

Cons: after hours of frustration tech support told me that the raid controller chipset is known to malfunction.

Overall Review: this is as good as recalled, they just tell you to get a refund through your retailer

Pros: Excellent features and price. No need for SLI. Powered on first try. nForce gigabit network is much faster than my Netgear PCI gigabit card.

Cons: IDE at UDMA4 crashes the computer. MSI says it's a bad board. Works fine in UDMA3 so I'll keep it. Have to turn headphone detection off to get sound out of the front panel jack.