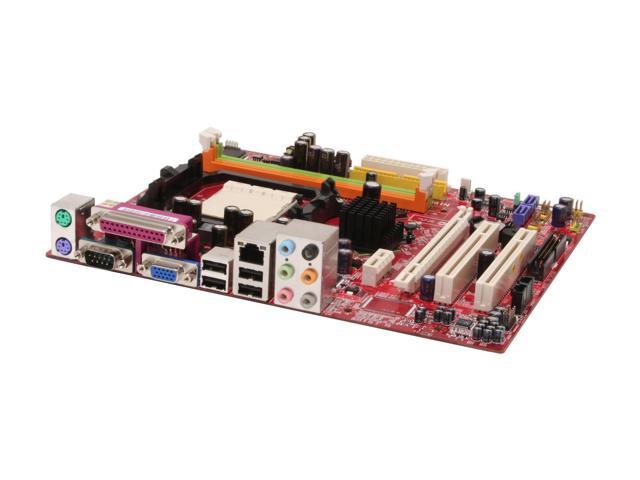 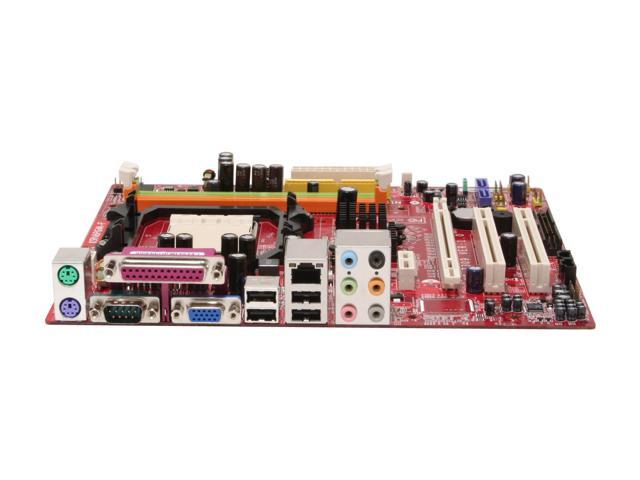 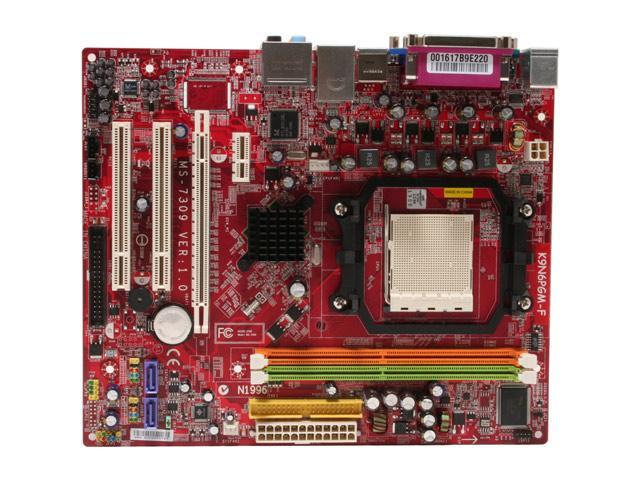 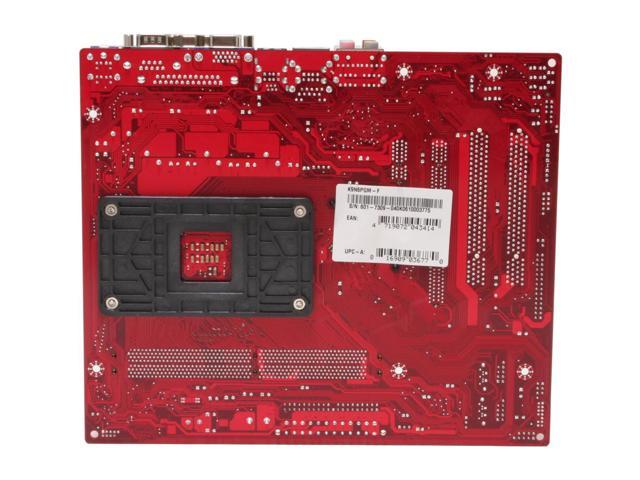 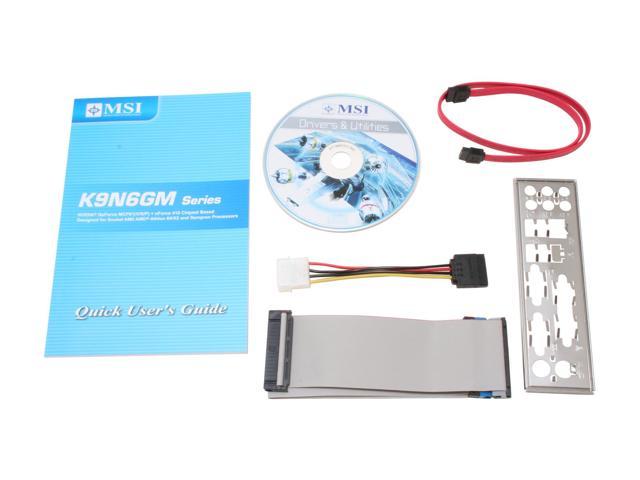 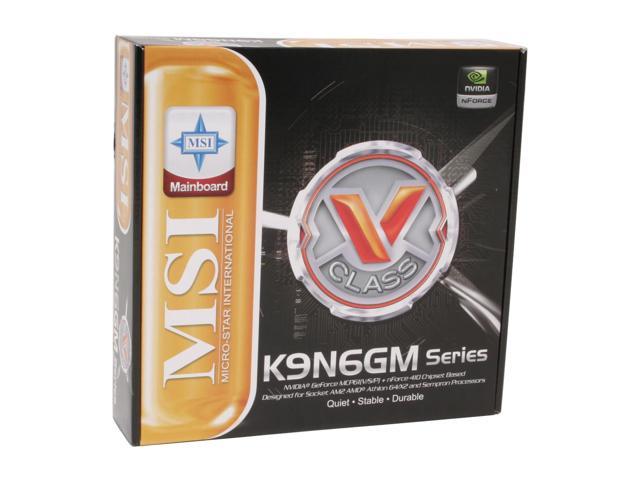 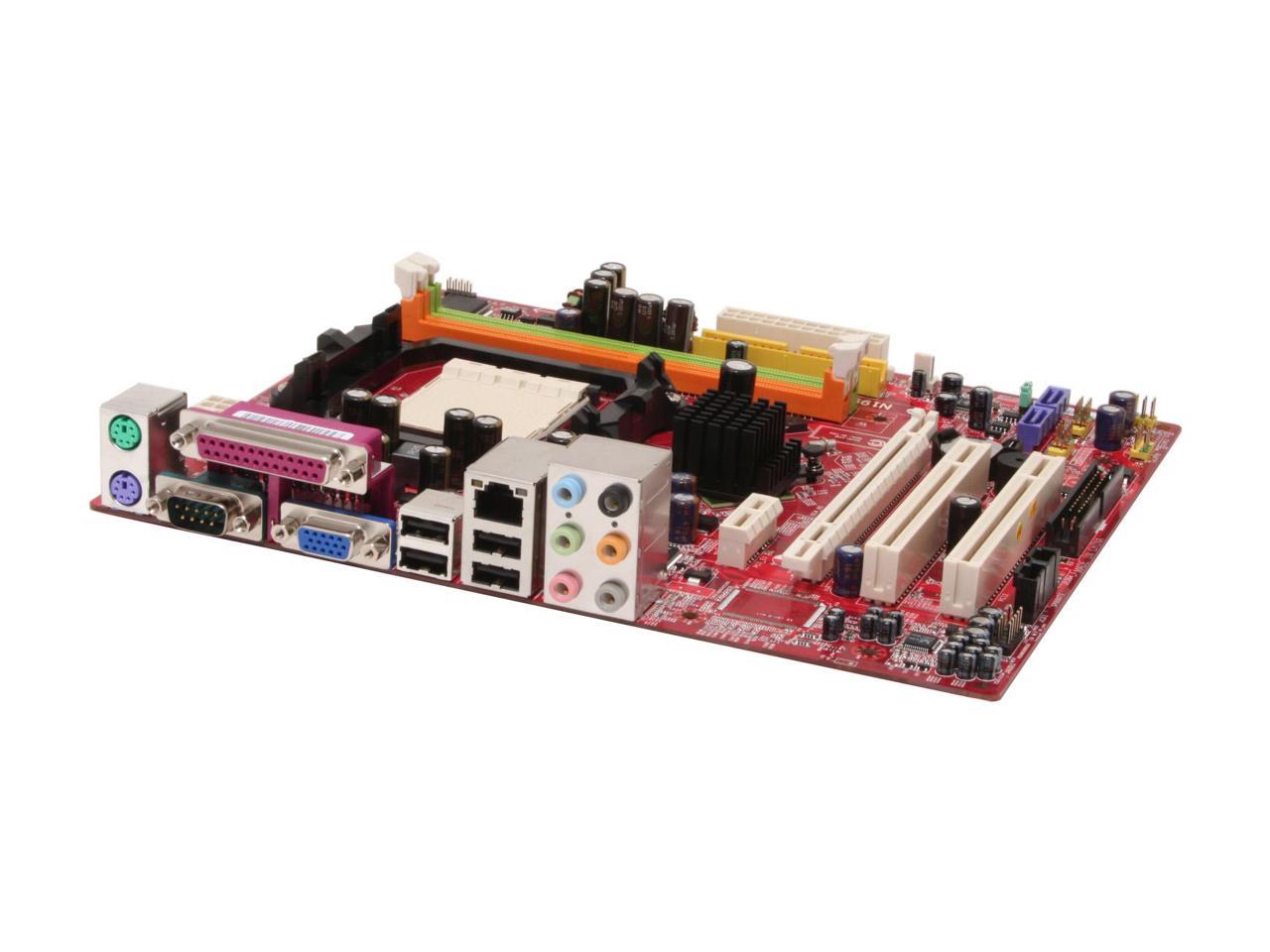 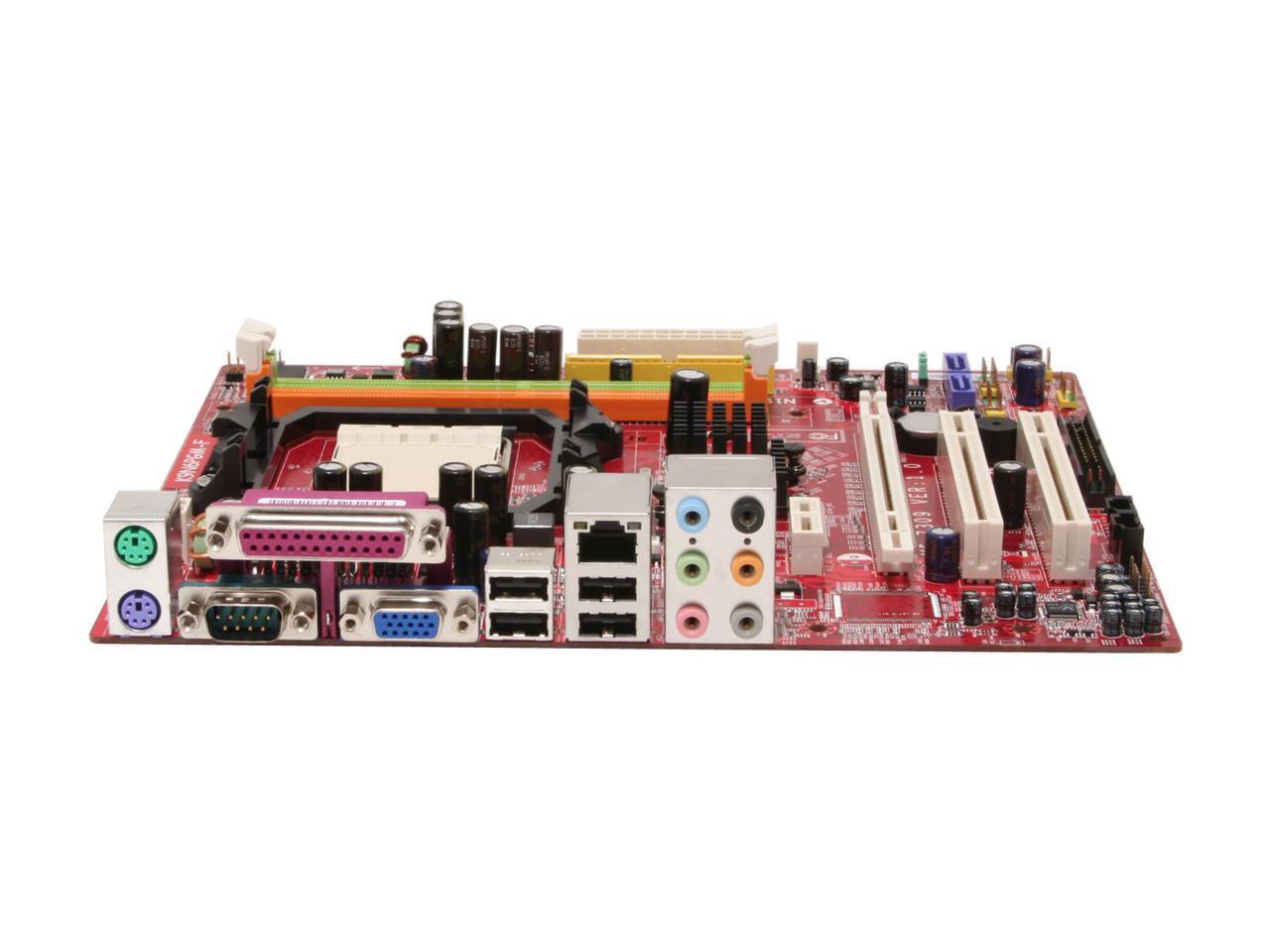 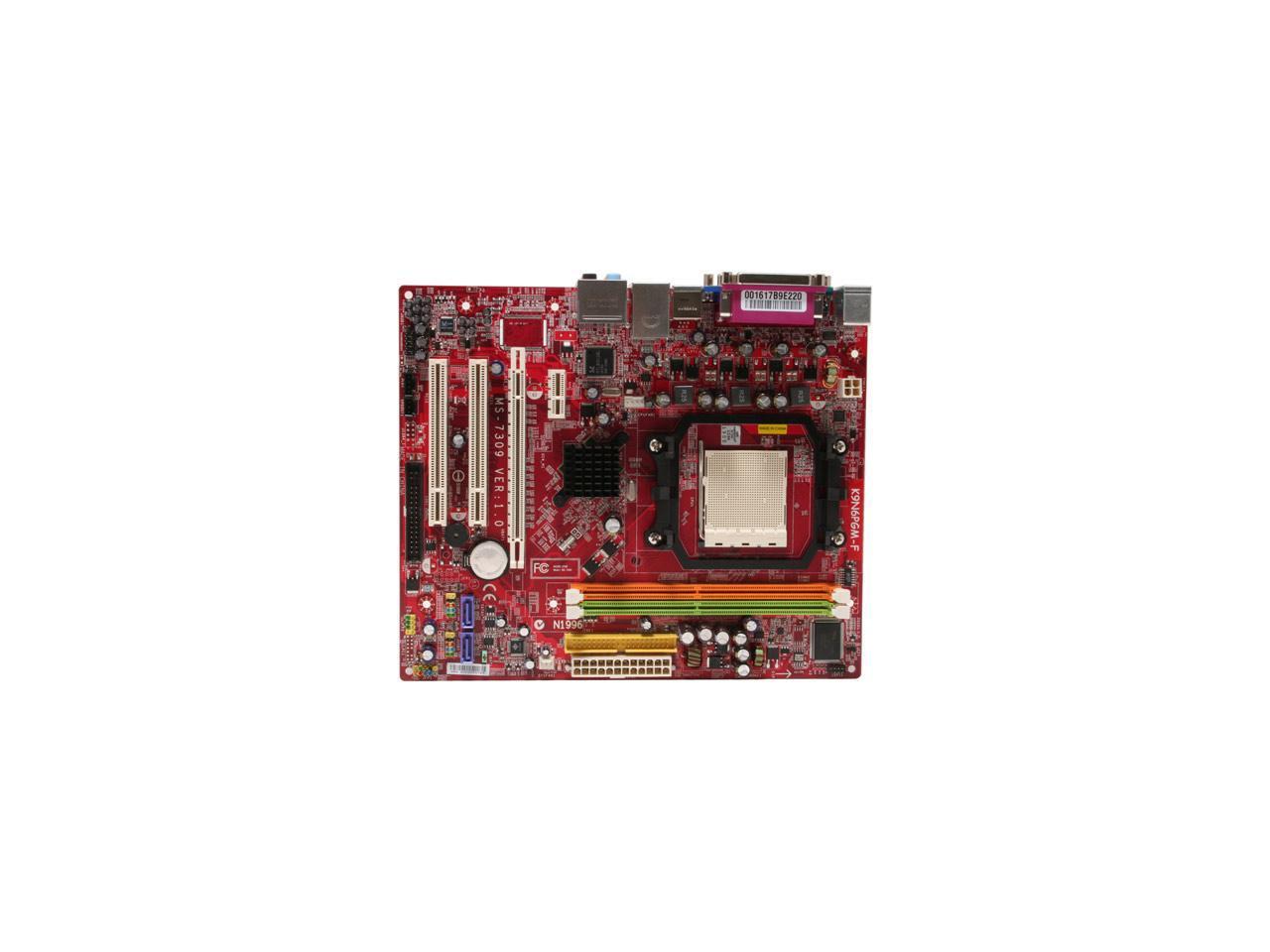 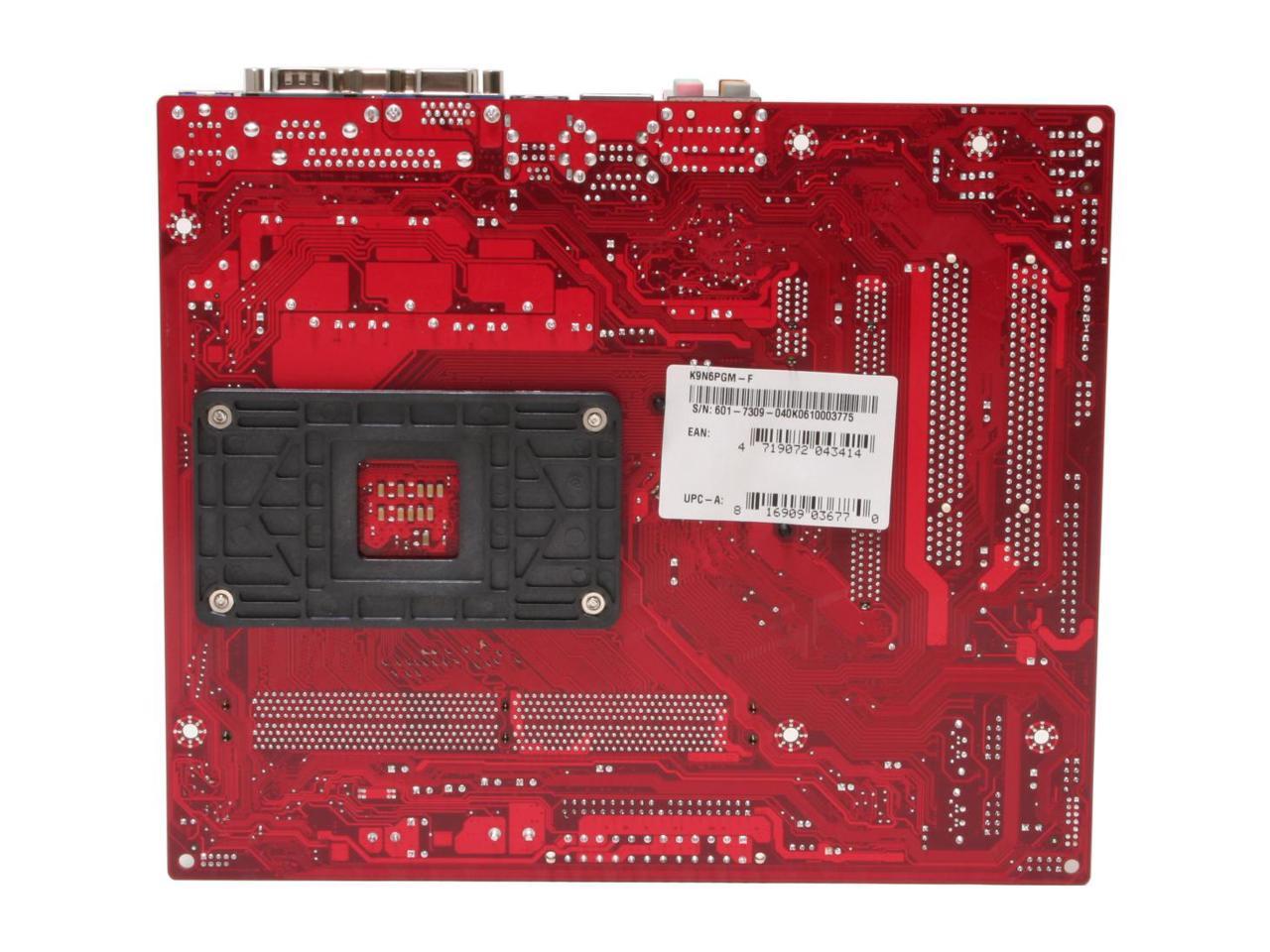 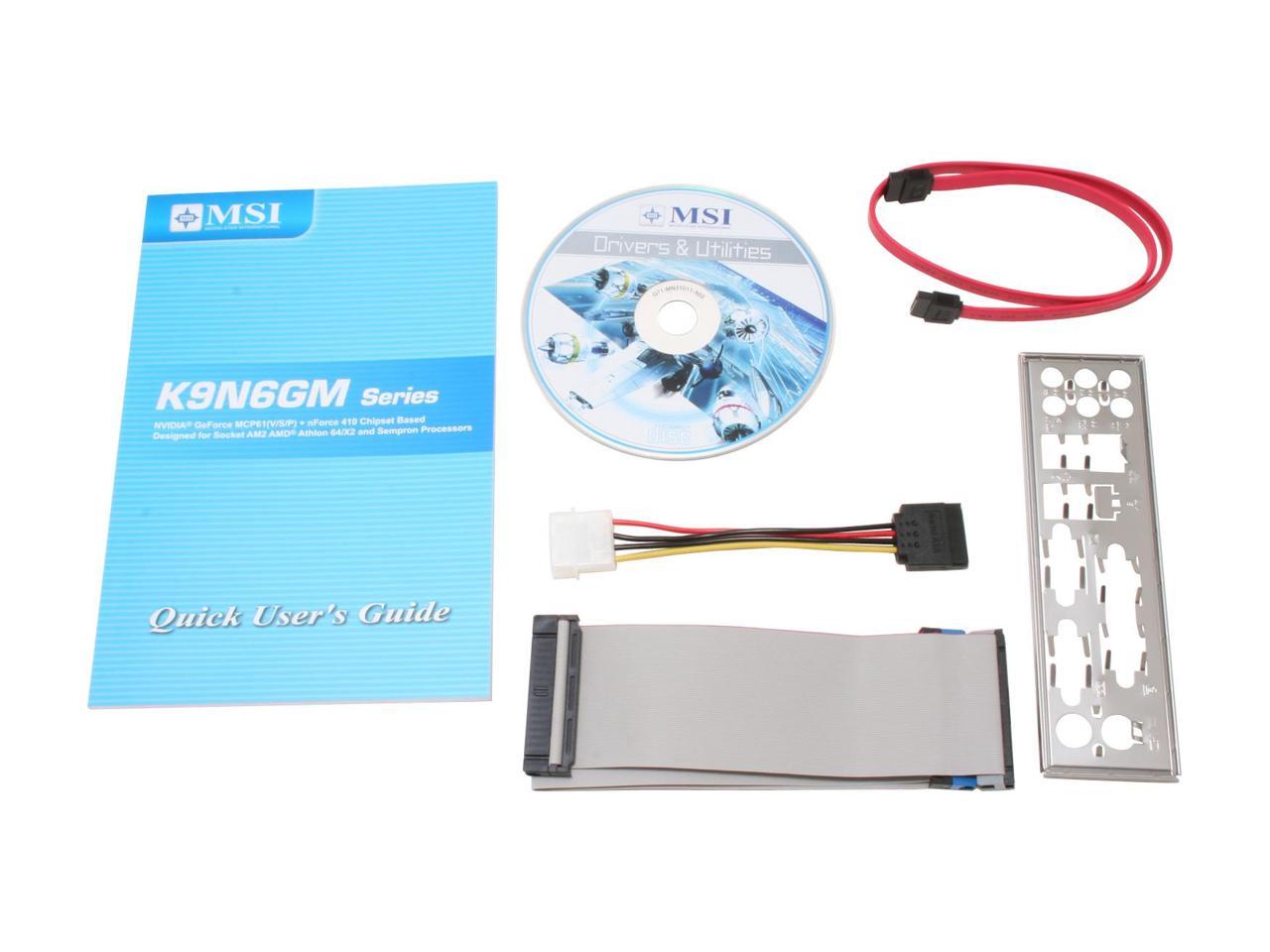 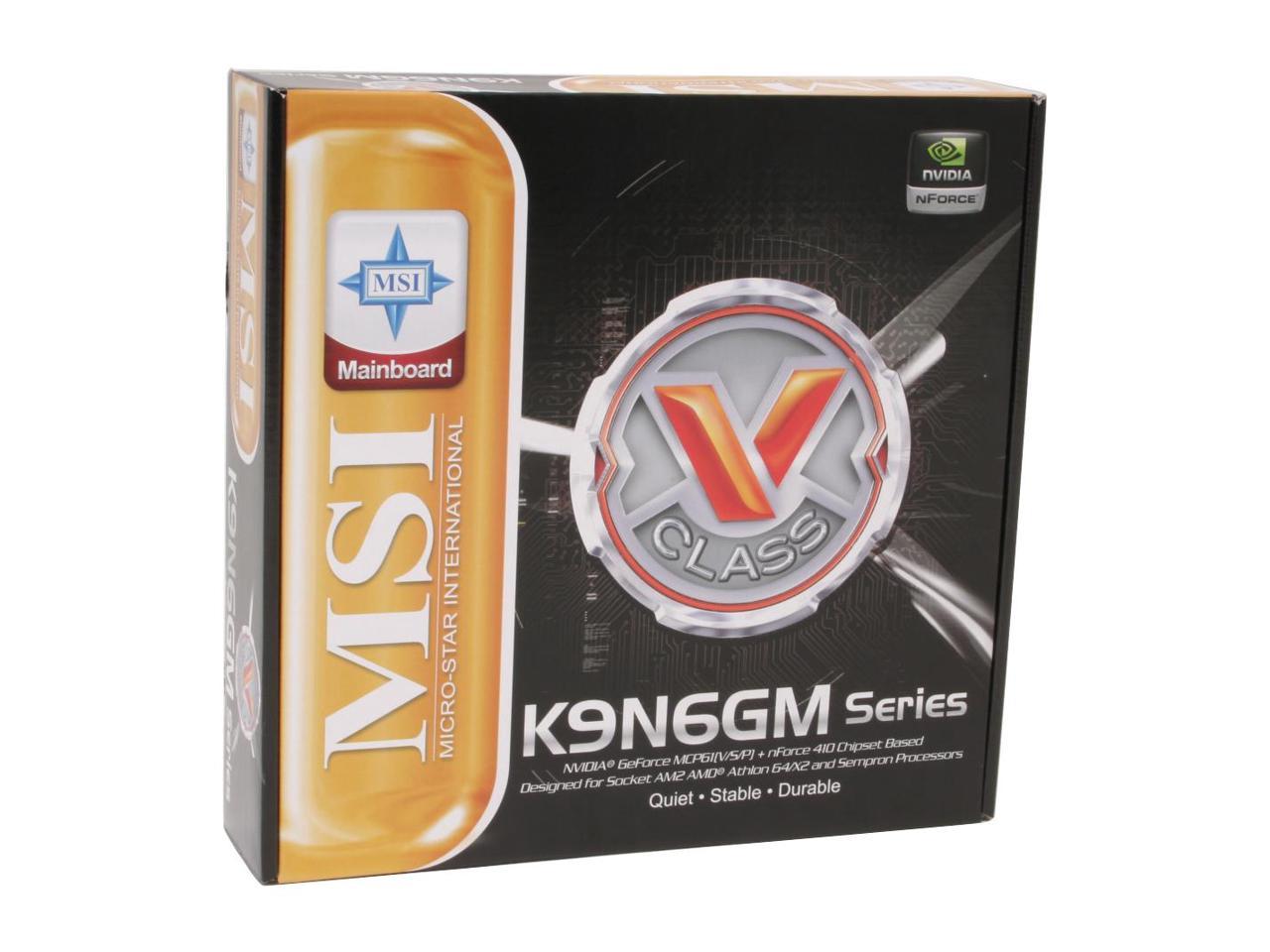 (21) Write a Review
OUT OF STOCK.
Overview
Specs
Reviews
A simple and inexpensive motherboard for the enthusiast or the first time builder, the MSI K9N6PGM-F is a great starting point for anyone wanting to build a system or upgrade their current motherboard. Designed with the small form factor case in mind, this motherboard will fit into most small desktop systems.
Equipped with an AMD socket AM2, suitable for Athlon 64 processors, including the X2 and FX series, the K9N6PGM-F is more than capable of handling anything you may want to run. Using the Nvidia GeForce 6100 chipset with integrated graphics in conjunction with up to 2GB's of DDR2 memory, the it's perfect for those that don’t need a discrete graphics card.
It also includes a gigabit Ethernet port, onboard 7.1 channel sound, and 2 SATA ports. And because of those 2 ports, by adding multiple hard drives to the system the K9N6PGM-F supports RAID 0 and RAID 1. The K9N6PGM-F has multiple expansion slots to use including one x16 and one x1 PCIe slots, plus an additional two PCI slots. Build a powerful system: the MSI K9N6PGM-F is a great foundation.

Learn more about the MSI K9N6PGM-F

Pros: Works like a champ, installation went very smoothly, system seems to run very fast with AMD 4200 mhz AM2 processor, On-Board video graphics card will run all of my games, such as BF2, BF2142 command and conquer, very high graphics demanding card. Would recommend and buy again. Website via Live Update 3, does a good job updating bios and drivers

Cons: Not many extra items such as 3 pin headers for extra fans, only one eide controller, limited amount of usb port, if you are looking for the extra items on a board then this one may not be for you

Overall Review: Basic board this MB is great

Pros: Nice board, well constructed and for the most part well laid out... with some exceptions noted below. MicroATX will always keep things a bit tight, though.

Cons: My new double wide nVidia card's fan blocks the SATA ports and almost blocks the front panel USB and other ports!!!! Gonna try to get right angle SATA cables and see if this can be alleviated, but it is POOR design to have these cable ports under the PCI slot next to the PCIx16 slot. Research how all your pieces will go together. Also research carefully your processor choice. DOES NOT SUPPORT newest 6000+ or 6400+ X2 processors, running at 125 degrees. I had to ship back one and downgrade. Go to manufacturer web page and do your homework.

Overall Review: For the price difference, go ahead and go for the one with four SATAs and onboard 1394 Firewire... I feel like I shoulda. May still, who knows. SATA blockage is a major pain, and frustrated me greatly. Otherwise a five egger, but the major pain problem lost 'em a couple.

Pros: Did not encounter any problem. Good bargain.

Cons: None at this price.

Pros: Love it. Installed fine and started up right away.

Pros: Tiny and Cute mine worked the first time with no RMA or critical problems

Cons: nforce 430 is buggy, make sure to buy a good video card if you want to watch movies and play modern games

Cons: It only has 2 ram slots so i cant use as much ram as i would like. Not many onboard plugs though but it works.

Pros: Good motherboard for the price. Lacks features due to it's price range. MSI makes quality boards and I continue to choose them over other brands.

Cons: Not as good as other MSI boards. Lacks good diagrams and full manual. For example, the external USB slot didn't have clear directions on where to connect the system LED.

Pros: The newly assembled computer started and ran without any apparent problem so far.