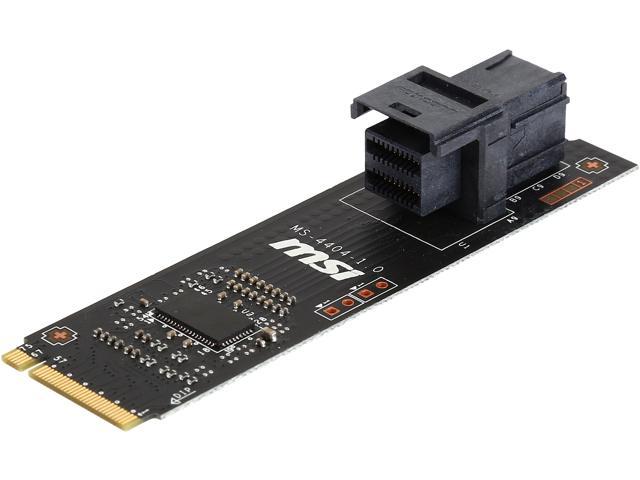 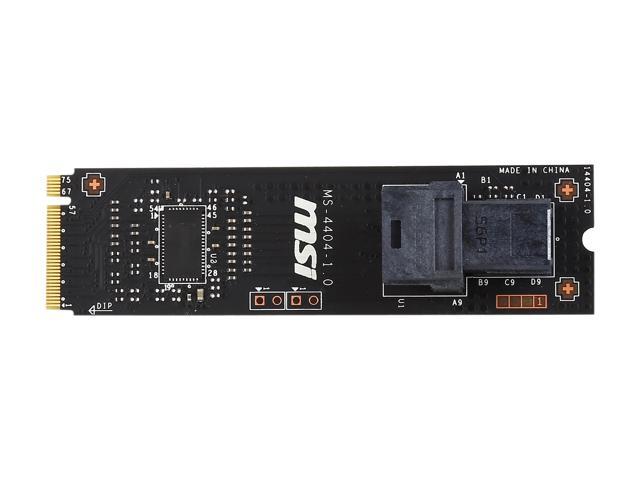 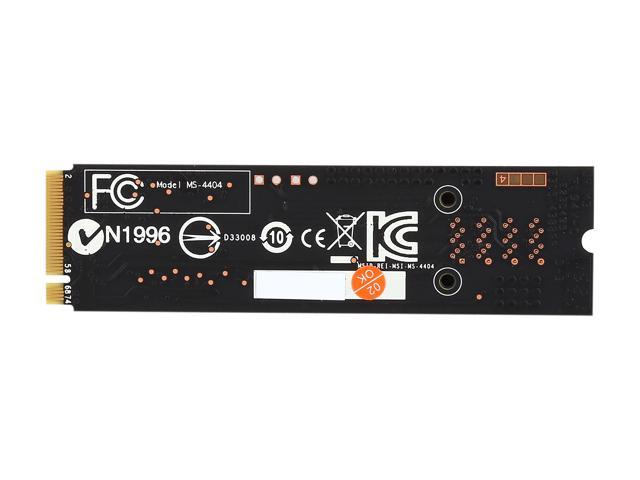 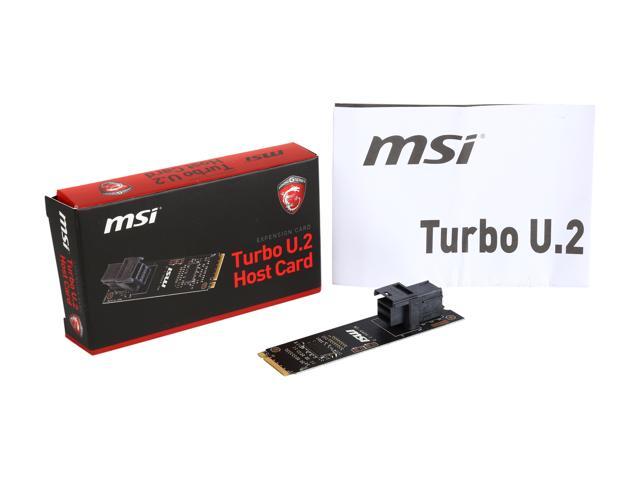 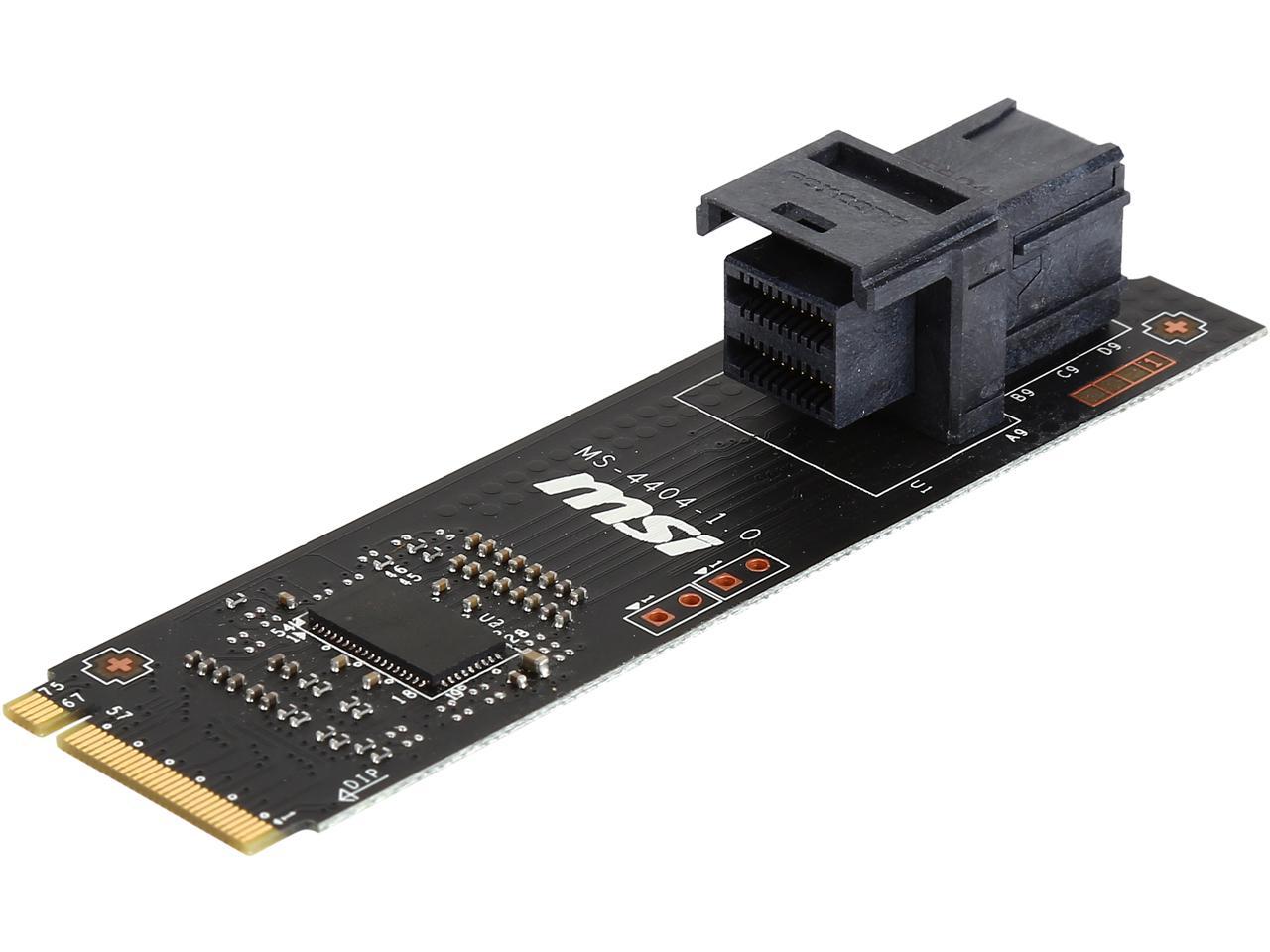 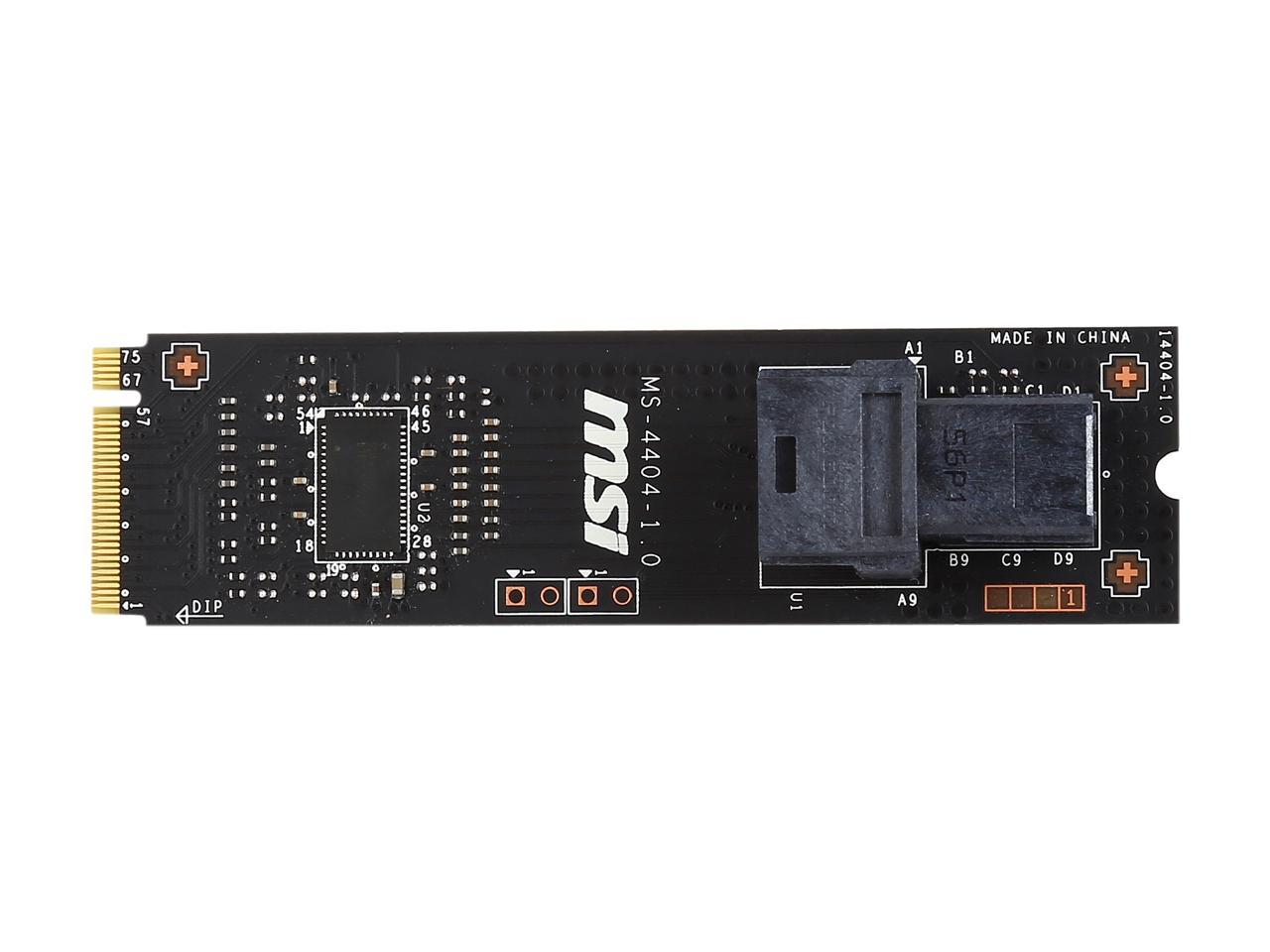 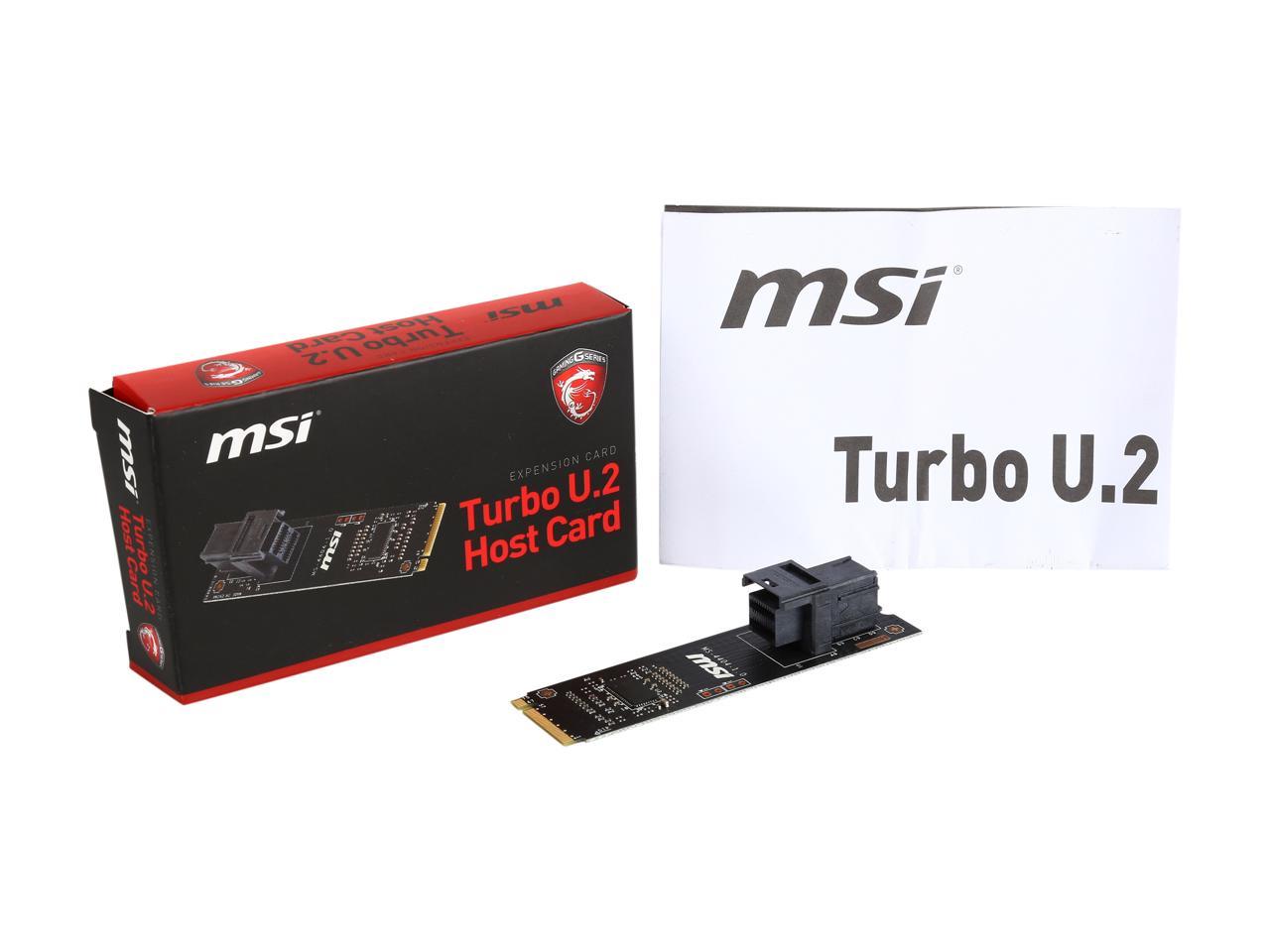 ENJOY INCREDIBLE SPEED WITH THE LATEST U.2 SSD The U.2 redriver is a kind of amplifier which can maintain the strength of the transfer signal and keep the performance best. The Z170 motherboards which adopt twin turbo M.2 slots support PCI-E RAID. It means the total bandwidth will be the amazing 64 Gb/s. Delivering performance up to 64 Gb/s when used in RAID 0, the U.2 interface pushes the latest generation SSDs to their limits.

Learn more about the MSI Turbo U.2 Host Card

Pros: Easy installation. Motherboard recognized it, plugged my NVMe drive into it, and it worked..!! It's a must have for using 2.5 form factor NVMe drives without a native SFF 8639 plug. Forget SSD's if you have the extra money, NVMe drives are sick fast..!!!

Cons: None, just plain worked like it was supposed to..!!

Overall Review: The last bottleneck of speed in a monster rig is the hard drive. With NVMe you're complete, i.e., load times of large graphics/CAD projects or scene switching in gaming, say like, Fallout 4 in HD, (2560 X 1440), goes away. Boot times are insane fast, program installations, ridiculous fast..!!!

Pros: I tried a different nVME adapter on my new MSI z270 Gaming Pro Carbon and it wasn't recognized by Windows or the BIOS. I did some research and found that there's this official MSI product for the same purpose. It works and is relatively easy to install, unless you have a large heatsink like me and didn't order the part until after that was installed. If your board has multiple M.2 ports, you'll want to put this device on the one closest to the processor; if the M.2 slot is running in PCIe mode in that configuration you won't lose the functionality of any of the onboard SATA ports (I'm using all 6). There's a diagram in the manual that shows the different configurations of M.2 PCIe/SATA and your SATA port functionality, so take a quick glance at that before you make any decisions if you're upgrading to an nVME boot drive.

Cons: Initially, the device was not detected, but I don't think my cable/SATA power was properly seated to my nVME drive as the drive bay I used had knocked it out of place. The cable was a bit fiddly and when I put my case back together it failed to detect the drive again. I had to wiggle the cable a bit but it seems alright now. I'd say just be careful of how you mount the drive as it seems to only detect it when everything is just so.

Overall Review: Unrelated to the device, but when I imaged my nVME drive with a backup of my old boot drive (a Samsung 850 Evo) using Acronis, it got stuck in a bluescreen loop. Later, I realized that I had created the backup before I let Windows install the nVME driver (although the one from the manufacturer of my drive, Intel, is far superior so make sure you upgrade your drive's firmware and use the official driver), so that could have been the culprit. A fresh install of Windows was required but that's never really a bad thing with a new drive. Kind of frustrating that you have to get a peripheral device for these drives instead of the motherboard including the port, and this device really could have been included with the motherboard, but those are minor gripes.

Manufacturer Response:
Dear Valued Customer, Thank you for sharing your experience with the MSI product! If you ever require technical assistance, please feel free to contact our technical support department directly at 626.271.1004 from M to F, 9am to 6pm Pacific Standard Time. Thanks for choosing MSI! Best Regards, MSI Review Team