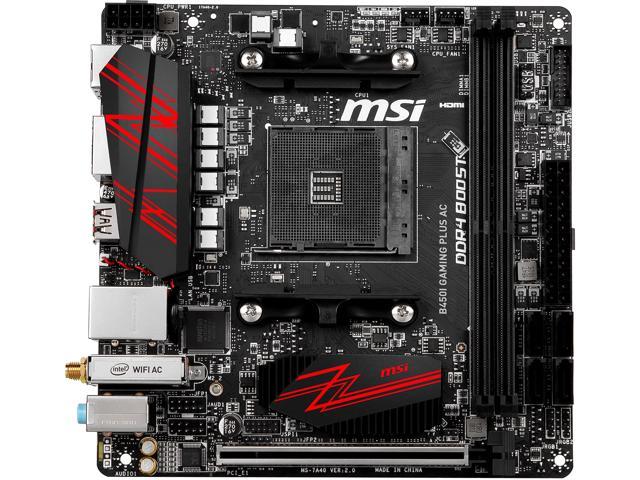 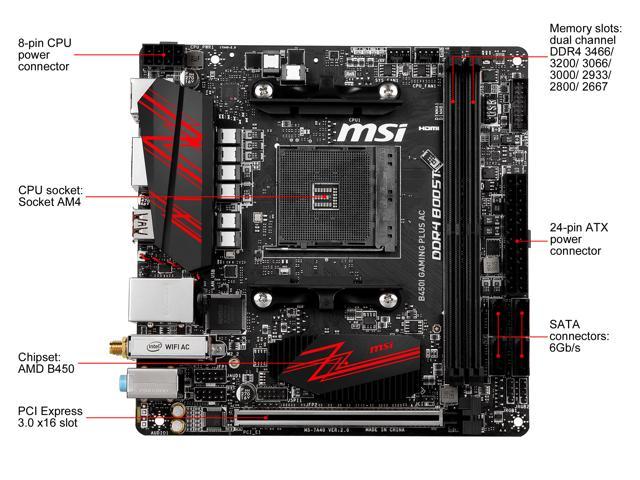 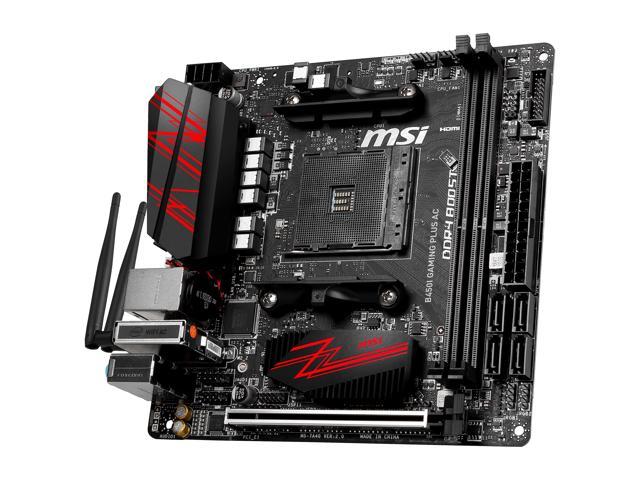 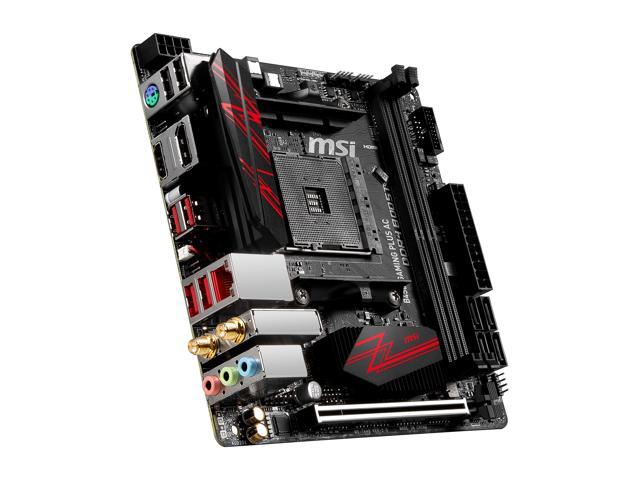 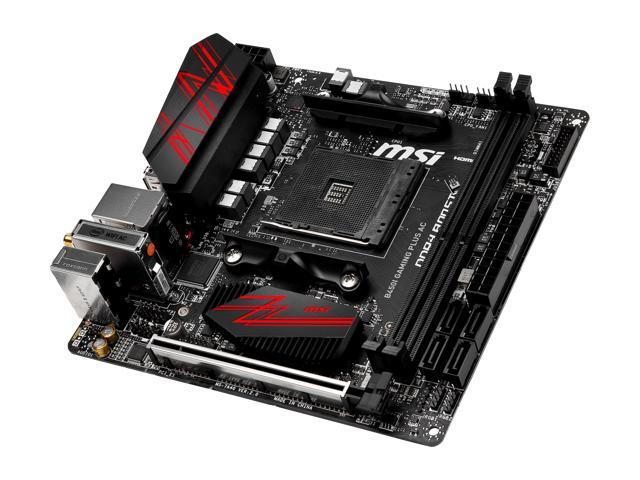 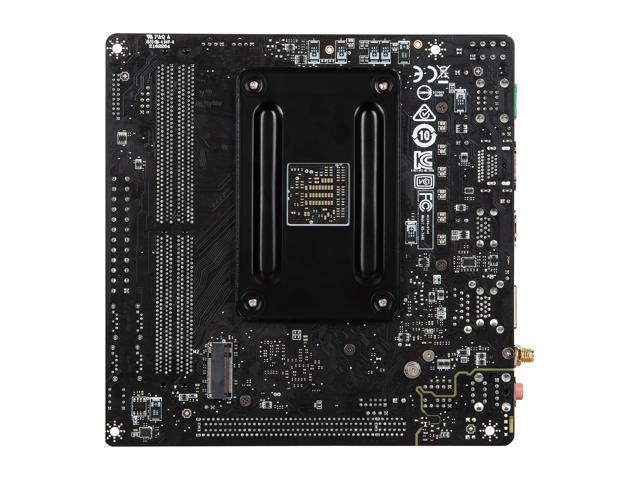 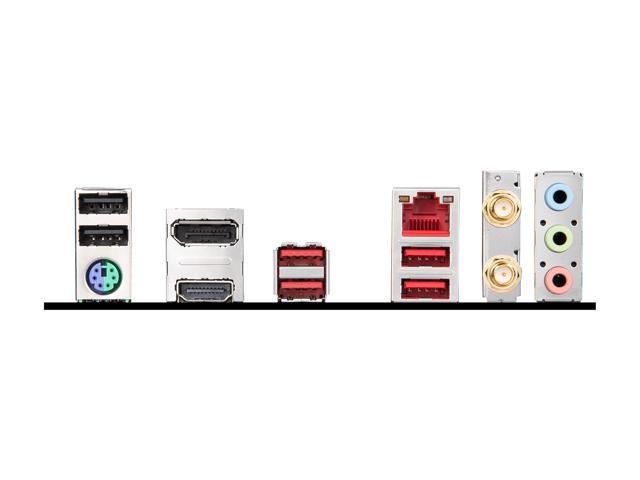 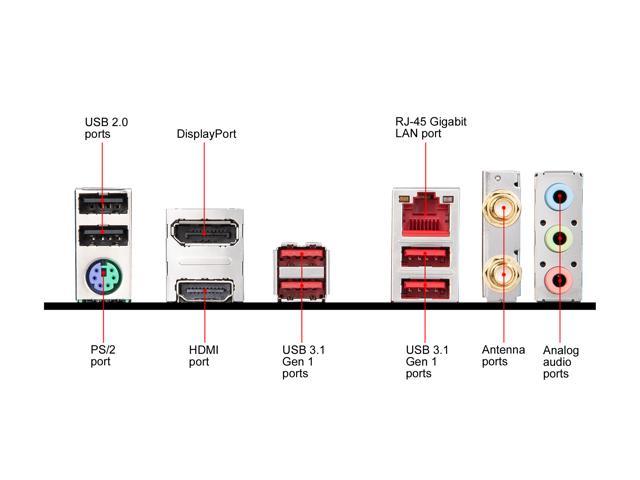 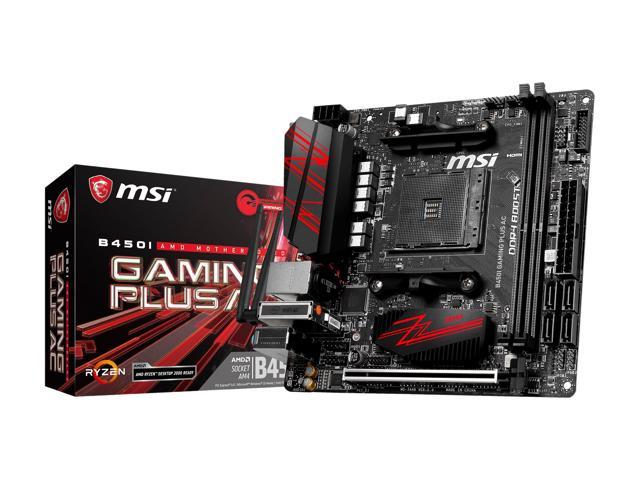 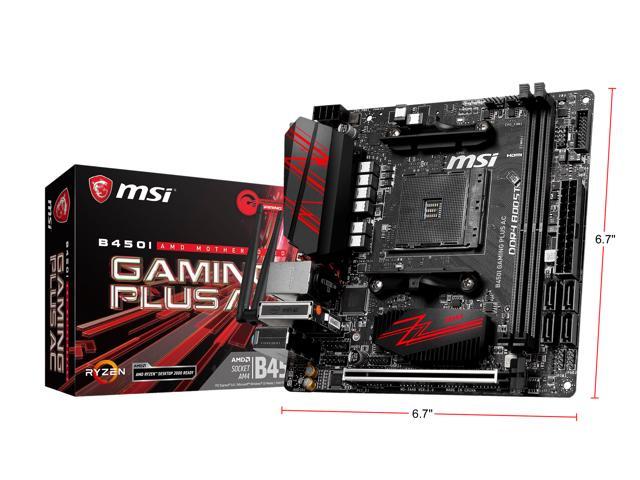 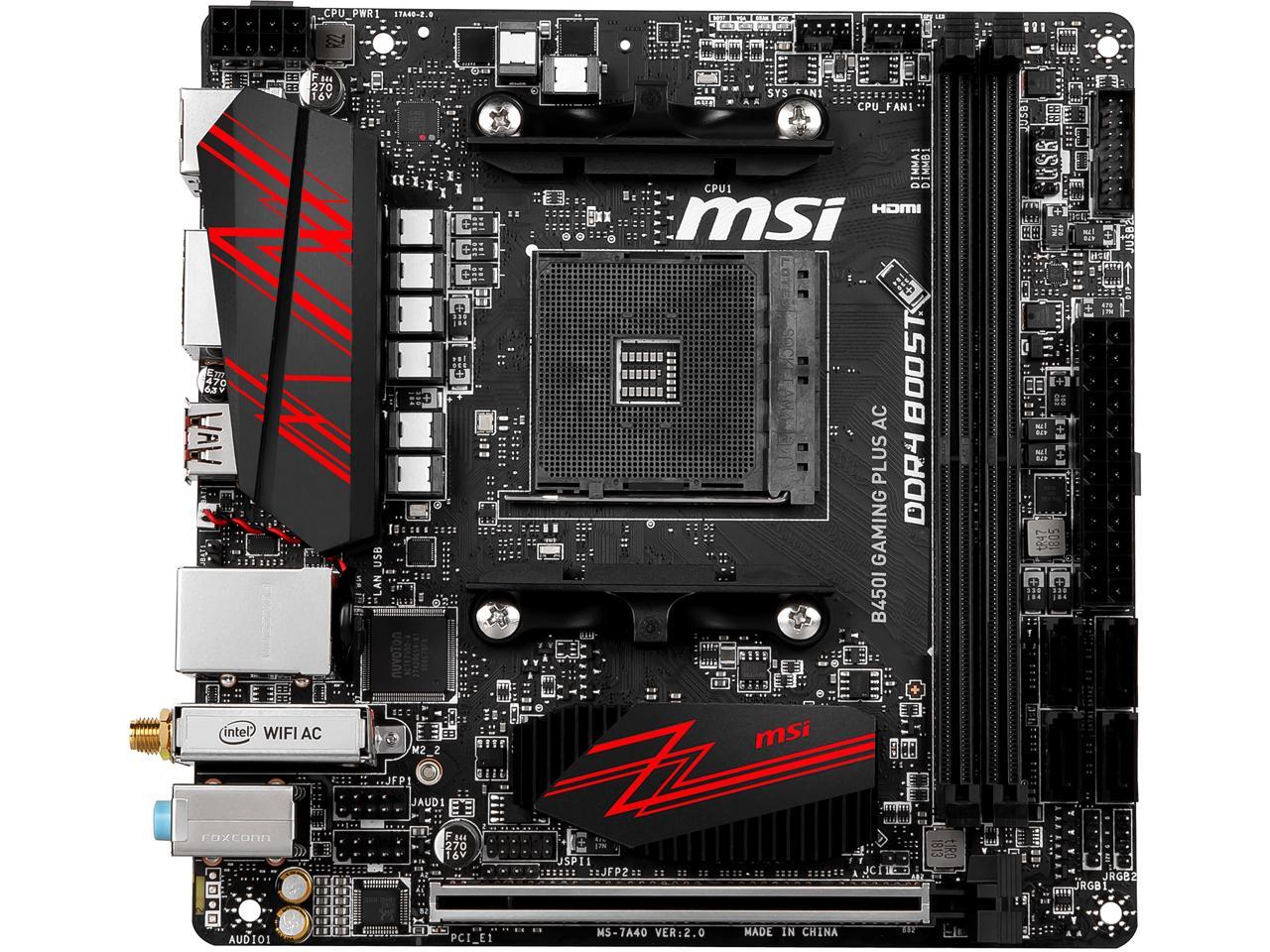 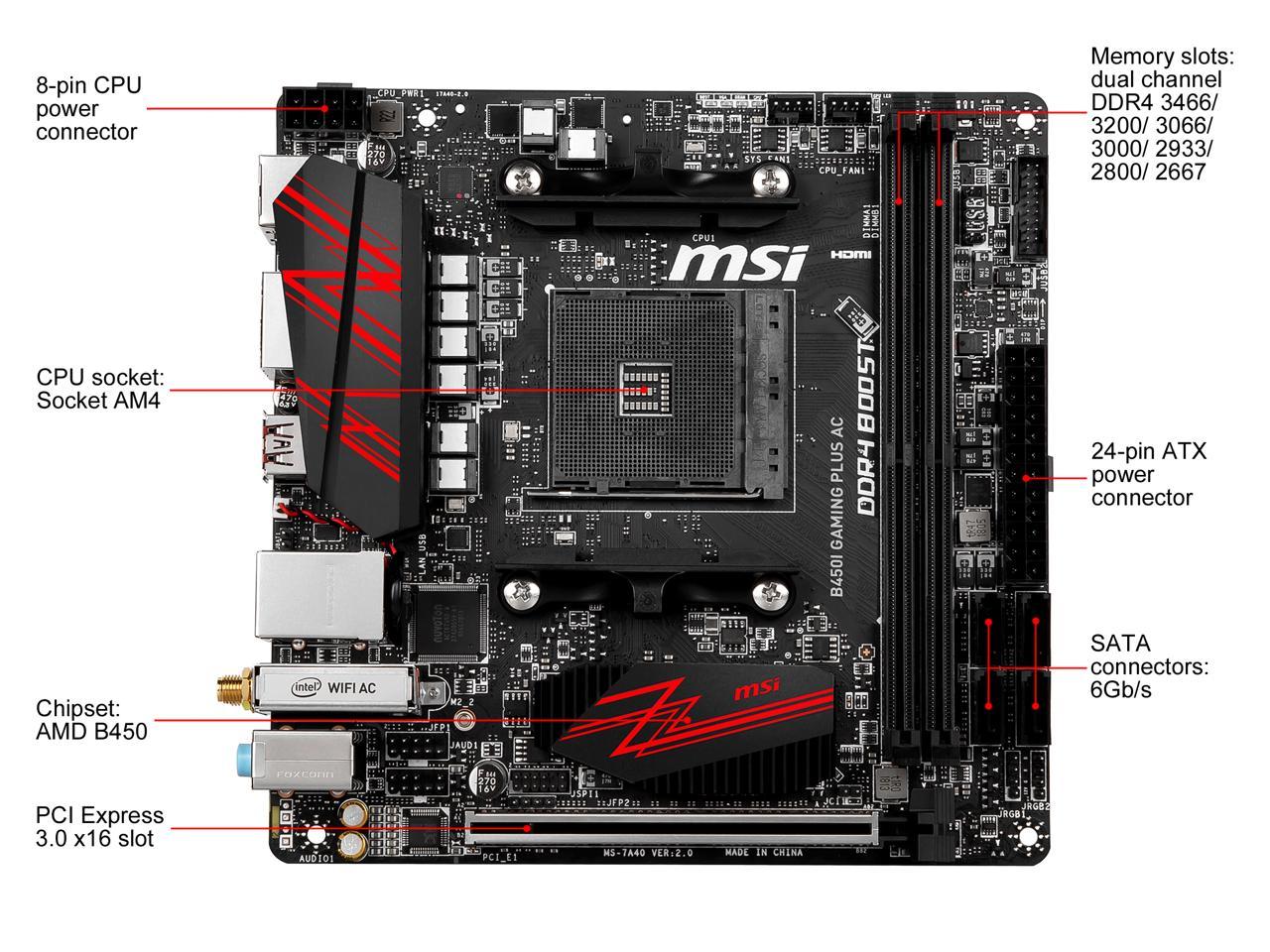 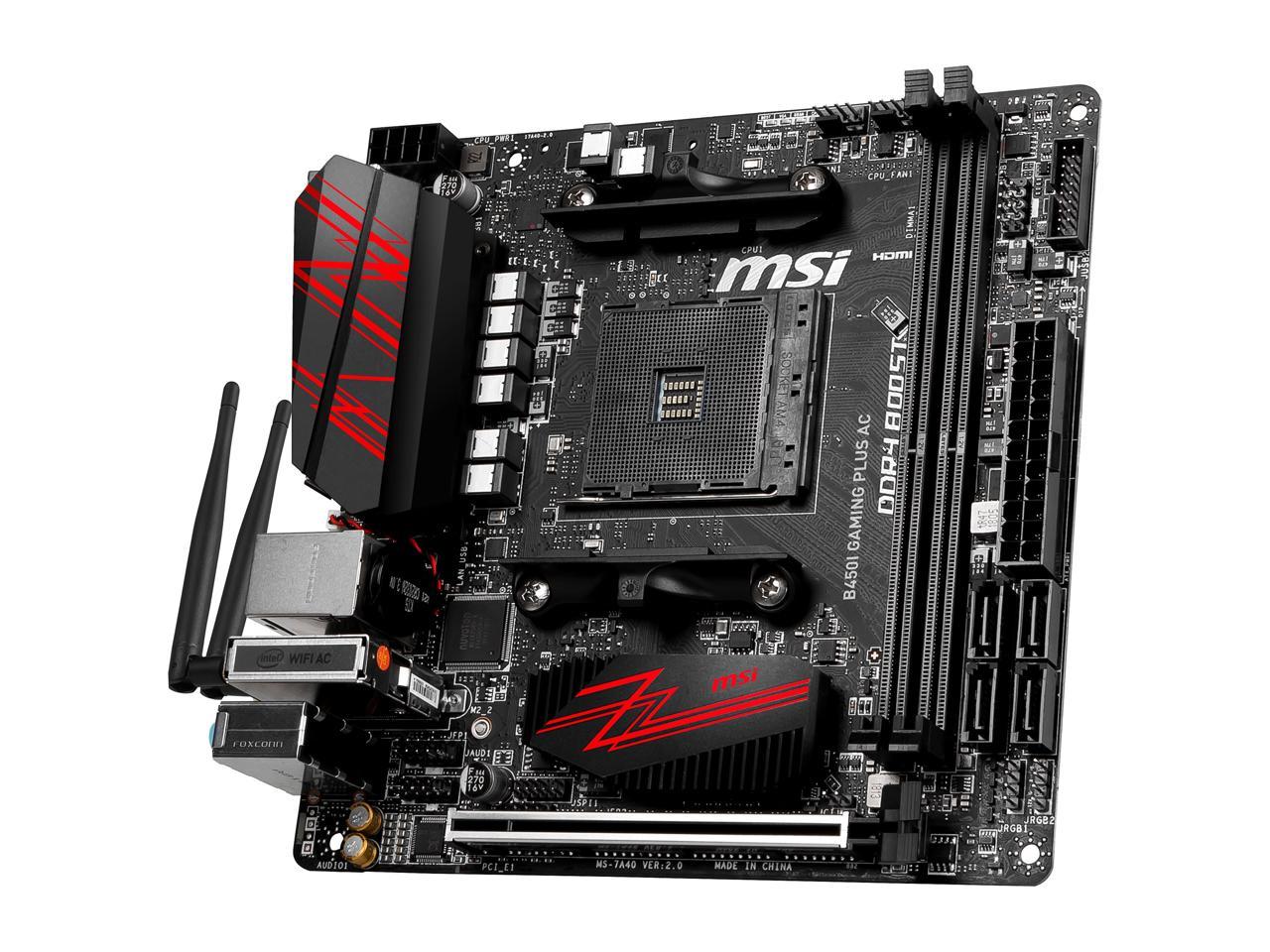 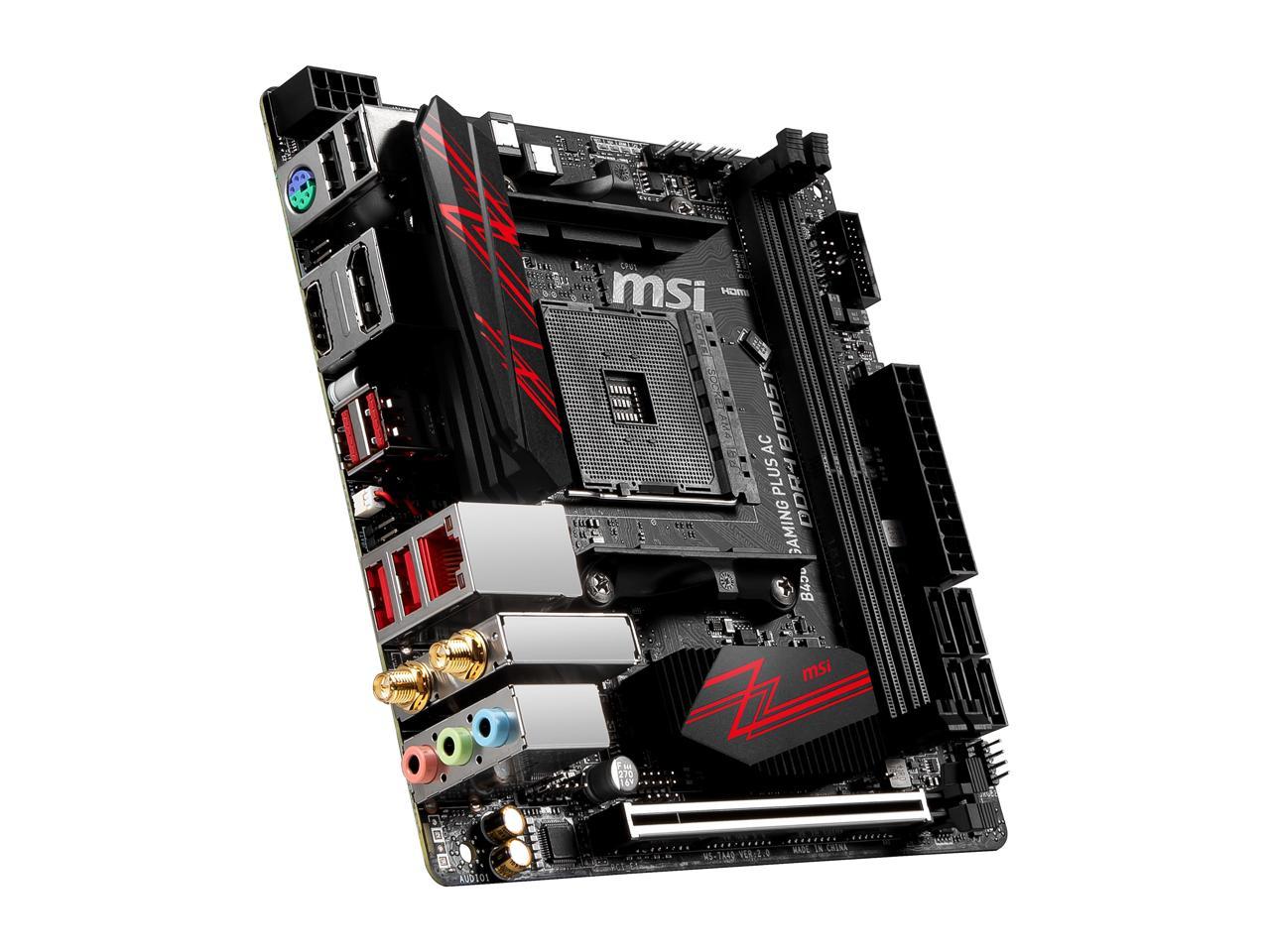 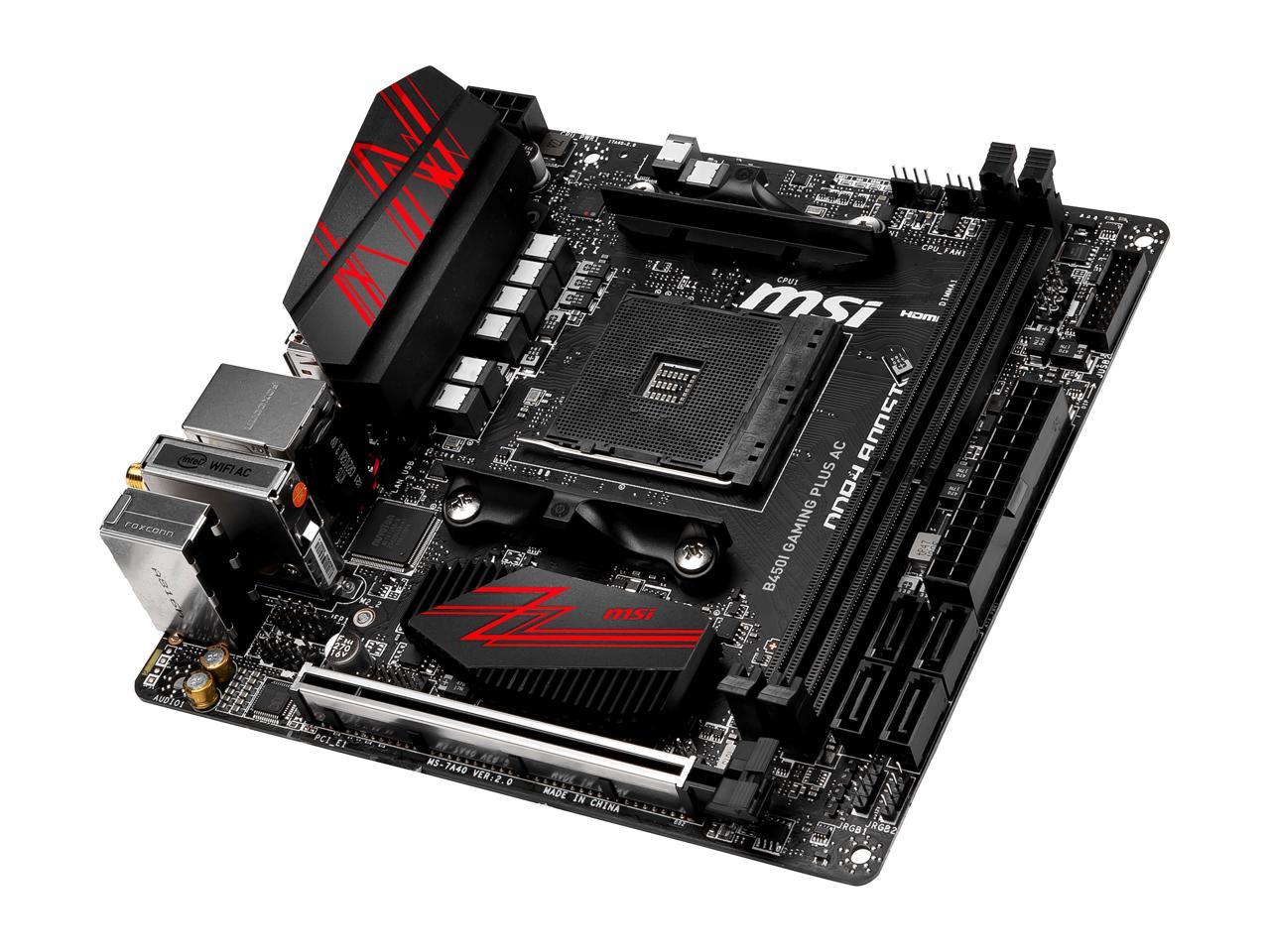 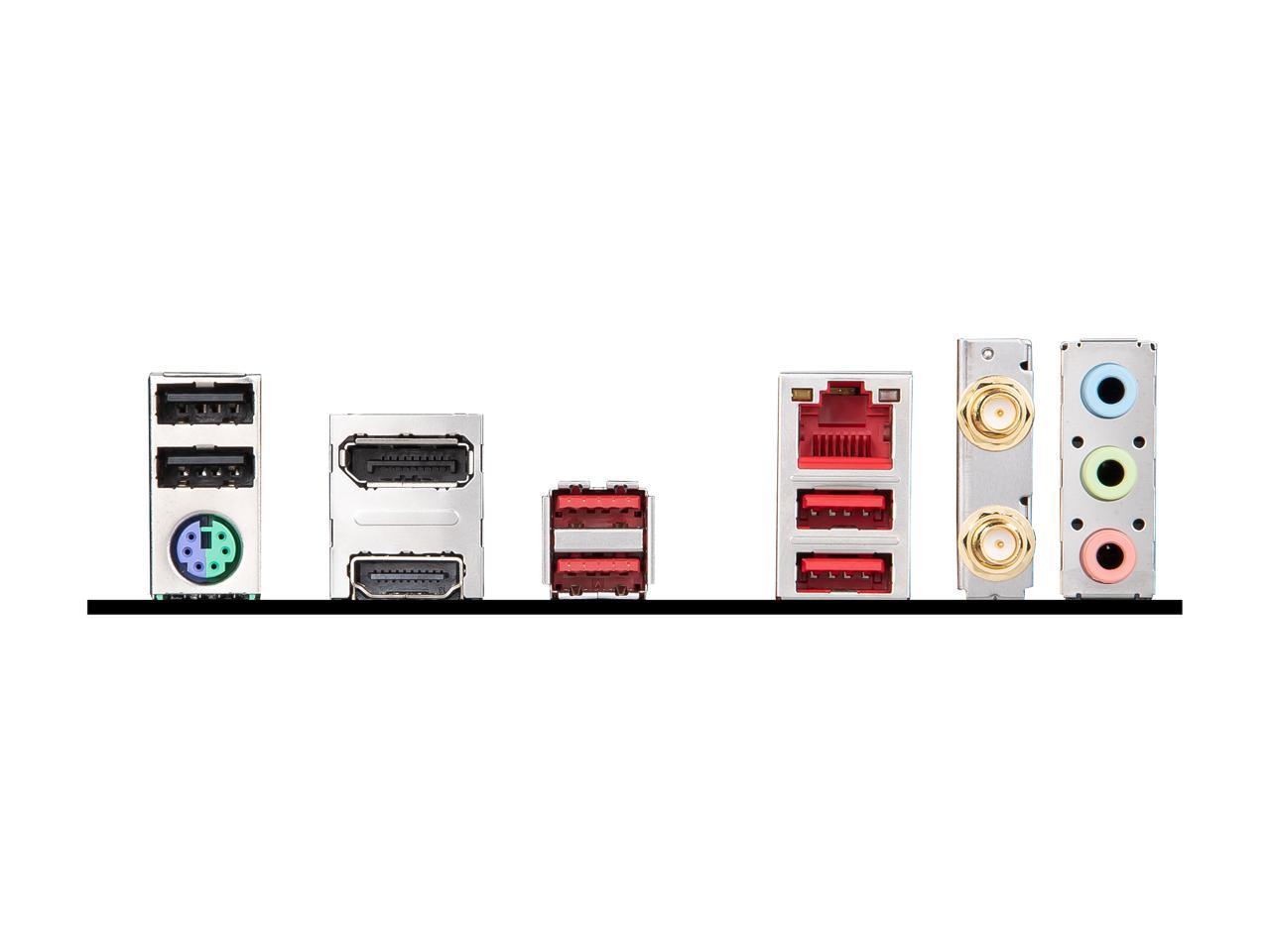 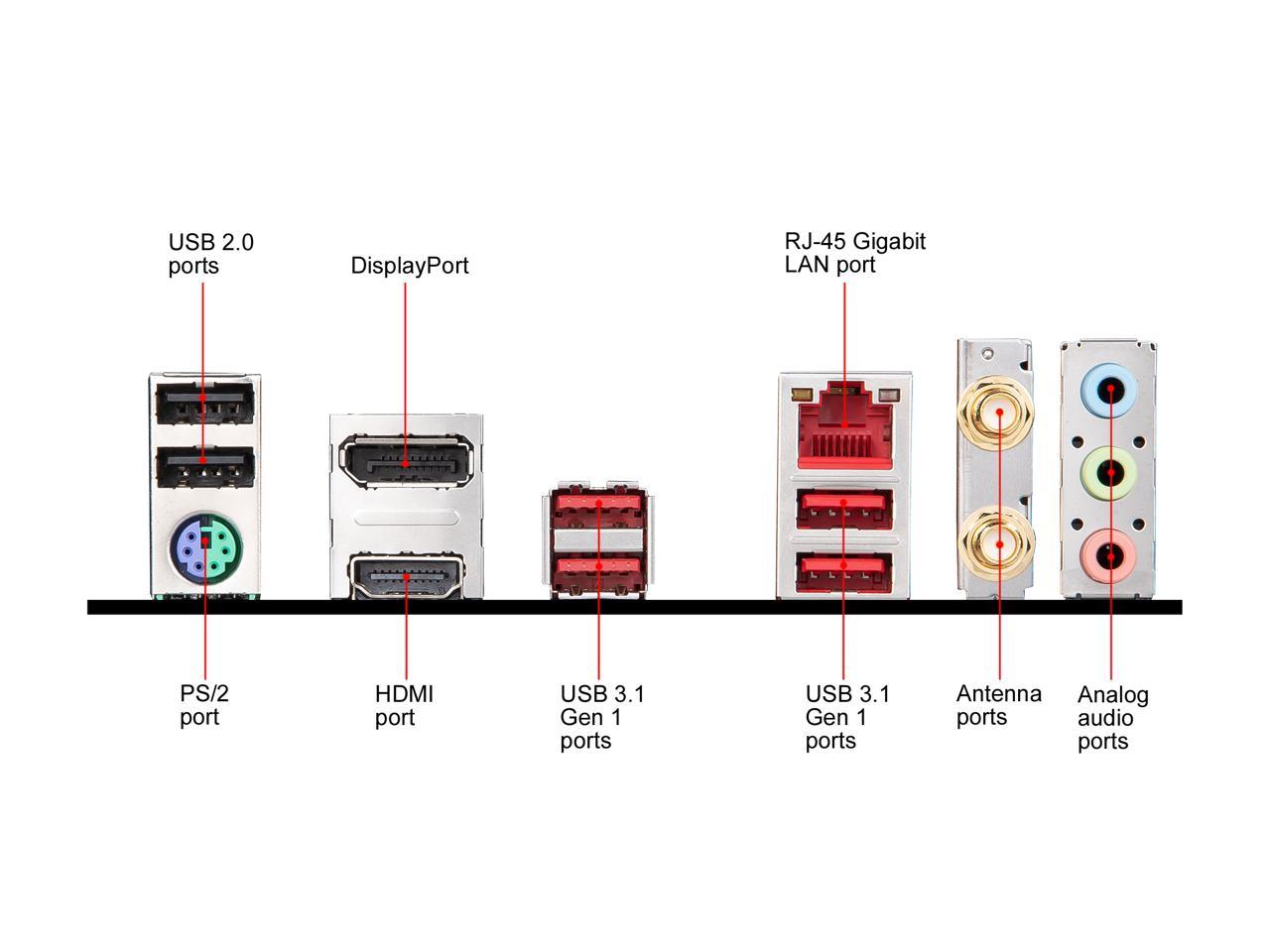 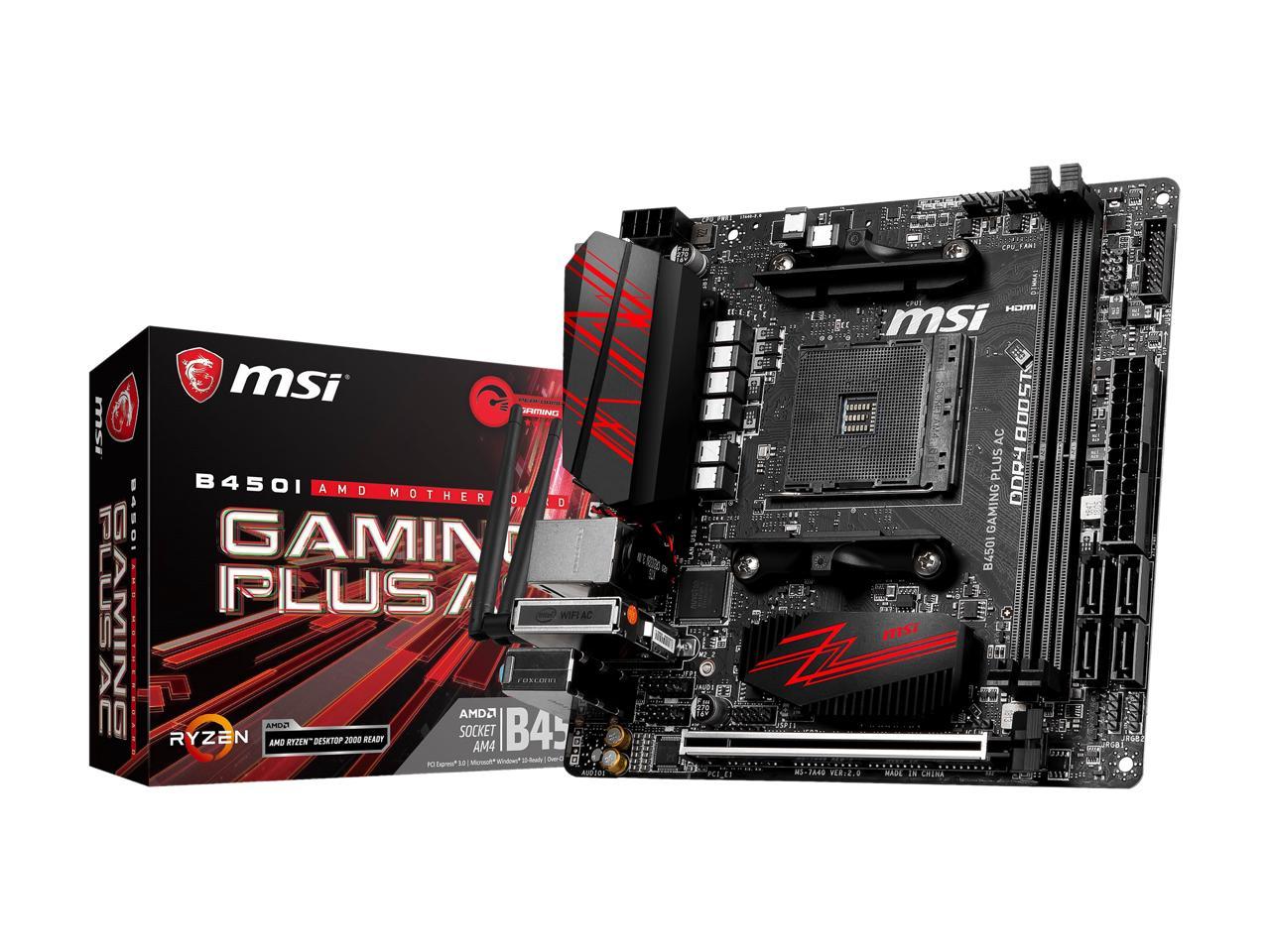 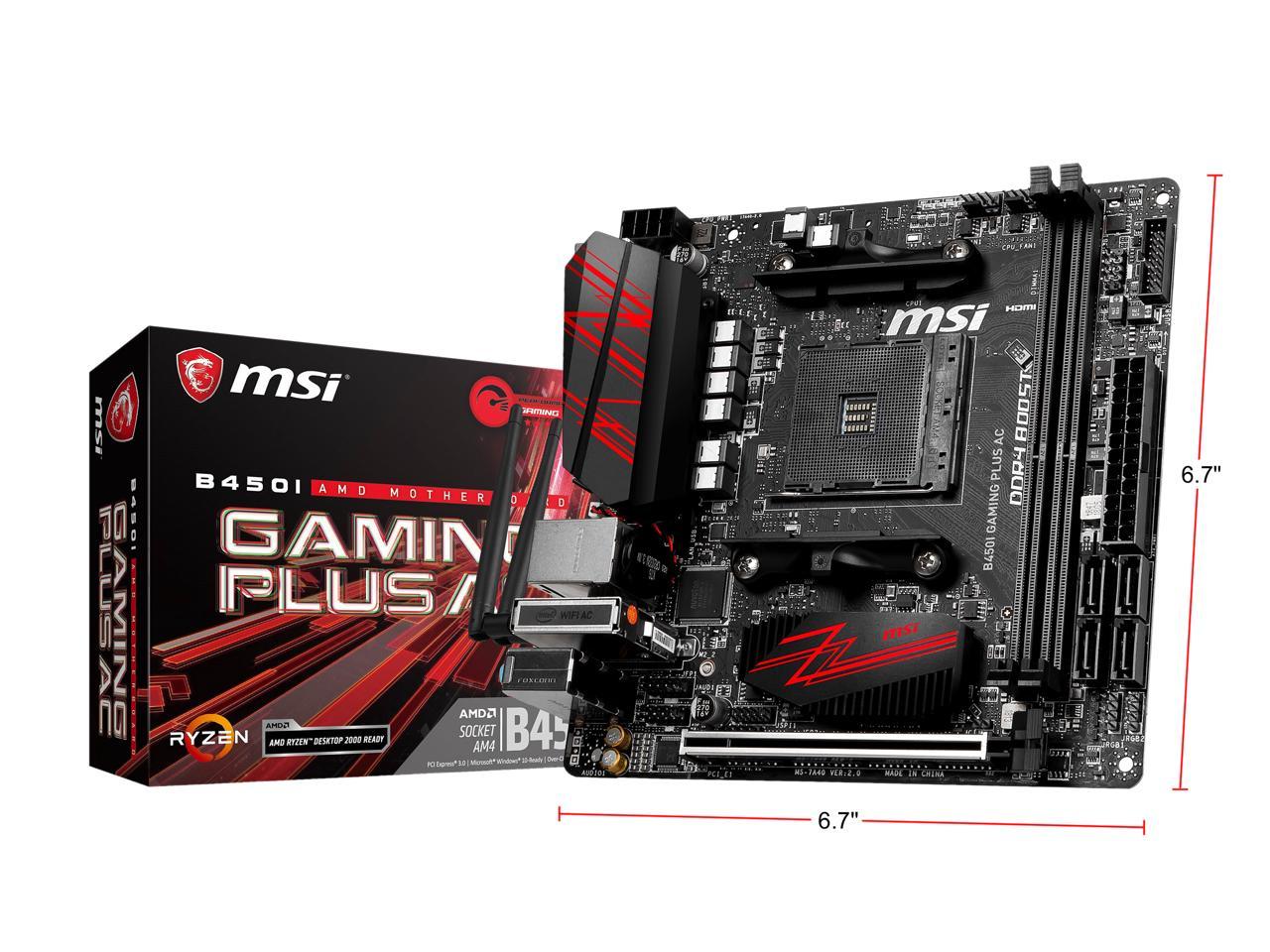 Core Boost technology combines MSI's premium layout and digital power design which allows for faster and undistorted current delivery to the CPU at pin-point precision. Not only supporting multi-core CPU, also creating the perfect conditions for your CPU overclocking.

Your in-game advantage
Outsmart and outperform your opponents in-game using an array of unique MSI GAMING tools. Clever hardware & software tools, created to keep you one step ahead of the competition and boost your skills.
Amplify your Game with Audio Boost 4
Like a dedicated sound card Audio Boost 4, powered by Nahimic, offers a HD audio processor, dedicated amplifier and high quality audio capacitors, all physically isolated from the rest of the motherboard circuitry to ensure the purest audio signal to locate enemies with pin-point accuracy. Best compatibility
Optimized traces and a fully isolated memory circuitry ensures perfect stability and performance, so you never have to worry about your system crashing during games.

FORTIFY YOUR SYSTEM WITH PCI-E STEEL ARMOR
MSI PCI Express Steel Armor slots are armed with more solder points on the motherboard for a stronger hold, preventing any damage due to heavy-weight graphics cards. Steel Armor also protects PCI Express signals against electromagnetic interference to provide a pure and reliable signal for the best performance, even when turning it up a notch. Learn more about the MSI B450I GAMING PLUS AC

Manufacturer Response:
Dear Valued Customer, Thank you for sharing your experience with the MSI product! If you ever require technical assistance, please feel free to contact our technical support department directly at 626.271.1004 from M to F, 9am to 6pm Pacific Standard Time. Thanks for choosing MSI! Best Regards, MSI Review Team
Anonymous
Ownership: 1 day to 1 week
Verified Owner
Great board.9/12/2018 10:25:23 AM

Pros: Didn’t have any problems installing M.2, SSDs or the RX580. Windows installation was a breeze. I was worried about the Wraith cooler touching the rear heat sink but they snugged up just fine. The BIOS is very user friendly.

Cons: -none so far

Overall Review: If you plan to use the stock wraith cooler, there's a good chance you will need to remove the plastic shroud from the fan. The shroud was blocked by the heatsinks on the mobo, but after removing it, it fit just fine.

Manufacturer Response:
Dear Valued Customer, Thank you for sharing your experience with the MSI product! If you ever require technical assistance, please feel free to contact our technical support department directly at 626.271.1004 from M to F, 9am to 6pm Pacific Standard Time. Thanks for choosing MSI! Best Regards, MSI Review Team
DAPHNEE M.
Ownership: 1 week to 1 month
Verified Owner
Feature packed and worked out-of-the-box!1/26/2019 11:10:03 AM

Manufacturer Response:
Dear Valued Customer, Thank you for sharing your experience with the MSI product! If you ever require technical assistance, please feel free to contact our technical support department directly at 626.271.1004 from M to F, 9am to 6pm Pacific Standard Time. Thanks for choosing MSI! Best Regards, MSI Review Team
Timothy K.
Ownership: 1 week to 1 month
Verified Owner
Great MoBo6/25/2019 11:37:37 AM

Pros: Bios are simple to navigate and the built in one-button cpu overclock is a breeze to use. I appreciated the built-in LEDs on the board that indicate the malfunction of any major components on startup, helped me realize my RAM was not seated correctly. Though lacking robust RGB, the board itself is stylish and looks good in a transparent case.

Cons: Lack of fan headers require a splitter cable to make use of multiple casing fans.

Manufacturer Response:
Dear Timothy, Thank you for sharing your experience with the B450I GAMING PLUS AC! If you ever require technical assistance, please feel free to contact our technical support department directly at 626.271.1004 from M to F, 9am to 6pm Pacific Standard Time. Thanks for choosing MSI! Best Regards, MSI Review Team
Anonymous
Ownership: 1 month to 1 year
Verified Owner
Great, thus far (will update once 7nm cpus are available)12/7/2018 11:23:50 PM

Pros: Has been great, however my real concern is how it will perform with upcoming 7nm cpus. As of right now my experience has been good, bios is really easy to work with.

Cons: One thing to take note, is where the front panel connectors go in this motherboard, found that to be somewhat inconvenient. Also, lack of additional fan headers.

Overall Review: overall however extremely pleasant to work with.

Manufacturer Response:
Dear Valued Customer, Thank you for sharing your experience with the MSI product! If you ever require technical assistance, please feel free to contact our technical support department directly at 626.271.1004 from M to F, 9am to 6pm Pacific Standard Time. Thanks for choosing MSI! Best Regards, MSI Review Team
Max S
Ownership: 1 week to 1 month
Verified Owner
Solid starter board for a mini-ITX build10/2/2020 8:51:13 AM

Pros: - Overall easy to work with. - Connectors are in the "right places". I didn't need to unnaturally route or bend anything to get things plugged in. - Bios is easy to navigate and configure the basics, such as memory XMP profiles, enabling/disabling integrated APU if you have one, setting up custom fan curve etc. - The built-in Gigabit ethernet controller is good - BIOS came patched for 3rd gen Ryzen. I tested Ryzen 3600, 2200g and 3400g with the board and they all worked flawlessly. - Corsair Vengeance LPX 16GB (2x8GB) clocked to 3200MHz in dual-channel config without any issues (you have to enable the XMP profile in BIOS). - Has both HDMI and DP ports, and none of the old-school VGA or DVI ports, which is a plus in my books! - I had no issues using the integrated graphics with the Ryzen 3400g to drive my Acer VG280K 4k monitor at 60Hz for office workloads over the integrated DP port (although I did eventually put in an MSI GTX 1660 for some light gaming I do on the weekends). - If you do end up like me and have a CPU with an APU AND add a discrete GPU to your system later, I recommend disabling the integrated APU in the BIOS which will free ~2 GB of shared RAM reserved for the APU back to the OS and your applications. - I am no audiophile and for me the built-in Realtek audio chip does a great job in videocalls, games, and listening to music on iTunes. - Decent power delivery and stays cool under load.

Cons: - MSI made some strange choices regarding the number and types of headers. There is only one system fan header. You will need a splitter (or chainable fans, or a fan controller) if you have more than one system fan and let's be honest you are highly likely to have at least 2 or 3 fans. I used three Arctic P12 PWM pressure-optimized 120 mm fans in my build. They are chainable, so I could plug all three into the single fan header. This solved the problem of having multiple fans, but remember that BIOS and the OS still think you only have one fan, so you won't be able to control them individually. This is not an issue for me, since I want all my fans to ramp up and down in sync based on the CPU temps. - On the other hand, they added 2 RGB strip headers, which I personally don't use. It would've been more practical for them to convert one (or both) of those into sys fan headers or add an AIO header (see next point). - There is a CPU fan header, but there is no dedicated AIO header. To make NZXT Kraken M22 AIO work I ended up plugging in the pump connector into the CPU fan header and configuring a custom curve for it in the BIOS. It's not ideal, but it works. - The built-in Wi-Fi and Bluetooth are garbage causing constant connection drops, audio stutters (this is partially a Windows 10 issue), and just general frustration. I use this rig mostly for work with many hours of video calls every day and network or audio drops are a big no-no for me. If you want decent wireless connectivity, I recommend disabling built-in wireless and buying USB Wi-Fi adapters. I ended up routing an actual gigabit ethernet cable for network connectivity and using a separate Bluetooth dongle for my wireless headset. I also tested a Netgear Wi-Fi USB dongle and it worked just fine. - You can disable the built-in Wi-Fi in the BIOS, but you cannot disable the built-in Bluetooth there. At least I wasn't able to find the setting to do so. It's a minor nuisance since you can still disable it in Windows, but I would've liked to have a consolidated device management in BIOS. - It's not a con, but something you need to be aware of, the connector for the m.2 NVME SSD is on the back side of the motherboard, and depending on your case, you may not have sufficient clearance between the board and the backplate if your drive comes with a heatsink. The m.2 drive I got (XPG GAMMIX 1TB S11 Pro 3D NAND PCIe NVMe) has exactly this issue since it comes with a heatsink pre-installed. Luckily my pc case (Metallic Gear Neo Mini v2) has a removable mounting plate for the SATA SSDs, which I didn't need. I removed it to give the NVME SSD room to breathe.

Overall Review: - The title says it all. It's a decent entry-level board for a budget mini-ITX build. Despite some questionable decisions the manufacturer made on headers and subpar wireless connectivity, I would recommend this board as a solid choice for its intended use-case. - This is not specifically about this motherboard, but what I realized is that you do have to plan your mini-ITX build! This was my first mini-ITX build ever and I found that it's not as forgiving as building an ATX system. There is less connectivity available, there are only 2 RAM slots, the space is tight and you have to be very mindful of dimensions when choosing components. For instance, I had to swap the PSU for the one with flat cables to route everything appropriately (this is more about the case than the mobo). As much as I hate saying it, but you do need to Read The Fine Manual (tm) for a build like that. - You have to expect compromises when doing a small-factor budget build, but what's important is whether you can work around these issues or are they show-stoppers. I found that any issues I encountered during the build, I could easily work out with minor additional effort, planning, or investment in the right components. For this, the board gets 5 eggs from me. - I am knocking off 1 egg for the mediocre wireless solution. I think they should've either just dropped the wireless support altogether or made the board more expensive by a few bucks and added a decent wireless controller.

Manufacturer Response:
Dear Valued Customer, Thank you for rating the MSI motherboard! If you would like further technical assistance, please feel free to contact our technical support department directly at 626.271.1004 from M to F, 9am to 6pm Pacific Standard Time. Thanks for choosing MSI! Best Regards, MSI Review Team
Anonymous
Ownership: 1 month to 1 year
Verified Owner
great product2/26/2019 4:51:35 AM

Pros: -nice MSI motherboard for ryzen SFF PCs -affordable -aesthetically pleasing if viewing through glass -decent placement for cable connections -runs well, have had no issue after few months of use -BIOS is easy to navigate

Cons: -can be a little crowded when hooking everything up, not uncommon with ITX -had to be cognisant of space between 2200g stock CPU cooler shroud and RAM, very limited space and you may have to remove shroud and turn it so it doesn't butt up against RAM.

Overall Review: Overall it's a fantastic product. I used it for my budget gaming HTPC and I've had no issues.

Manufacturer Response:
Dear Valued Customer, Thank you for sharing your experience with the MSI product! If you ever require technical assistance, please feel free to contact our technical support department directly at 626.271.1004 from M to F, 9am to 6pm Pacific Standard Time. Thanks for choosing MSI! Best Regards, MSI Review Team