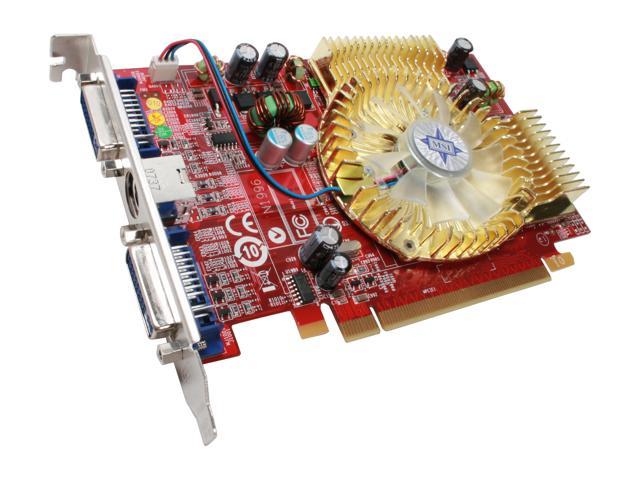 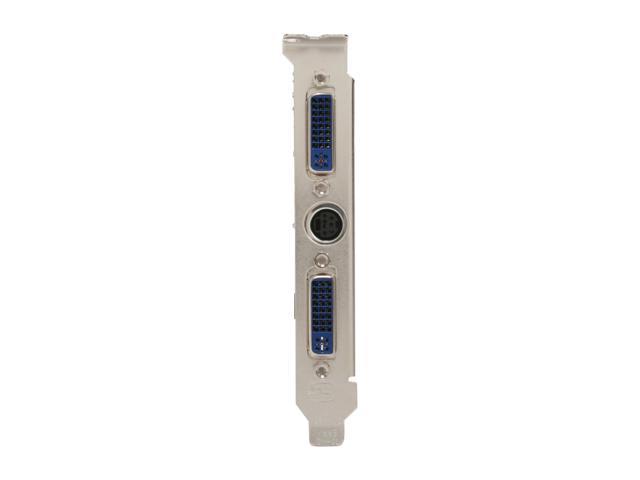 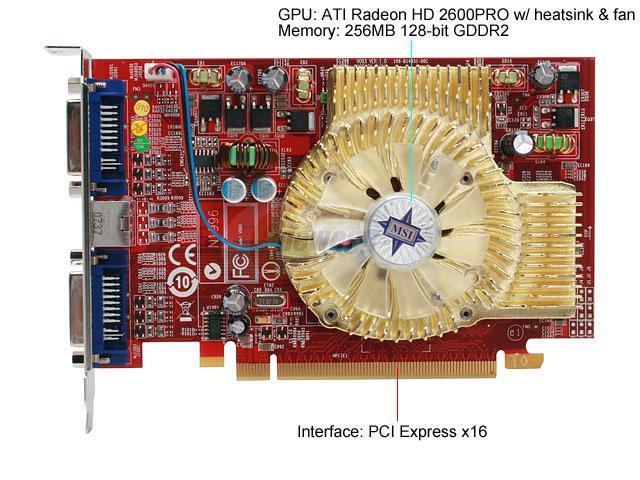 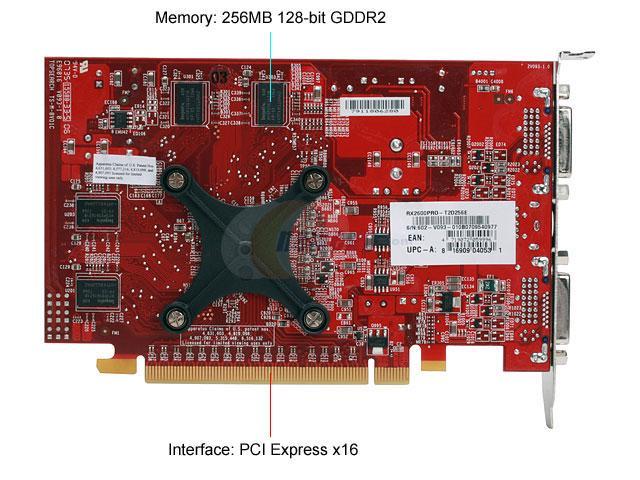 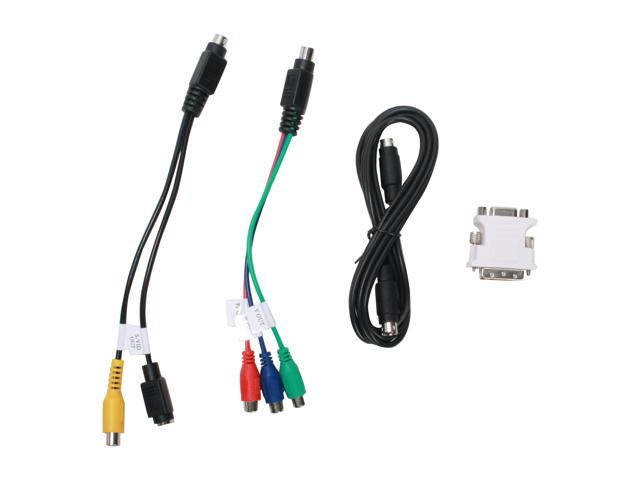 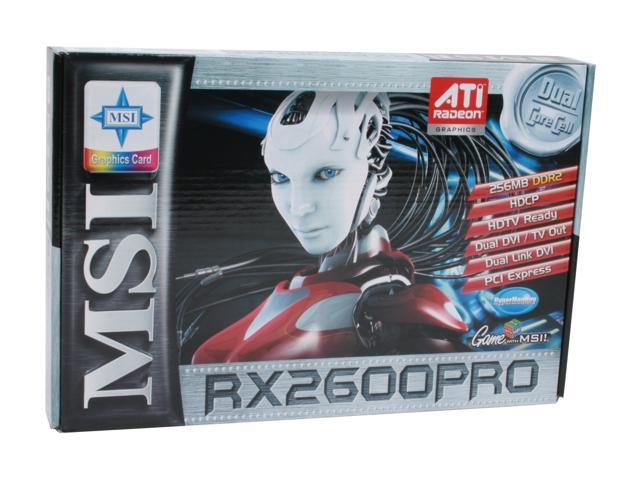 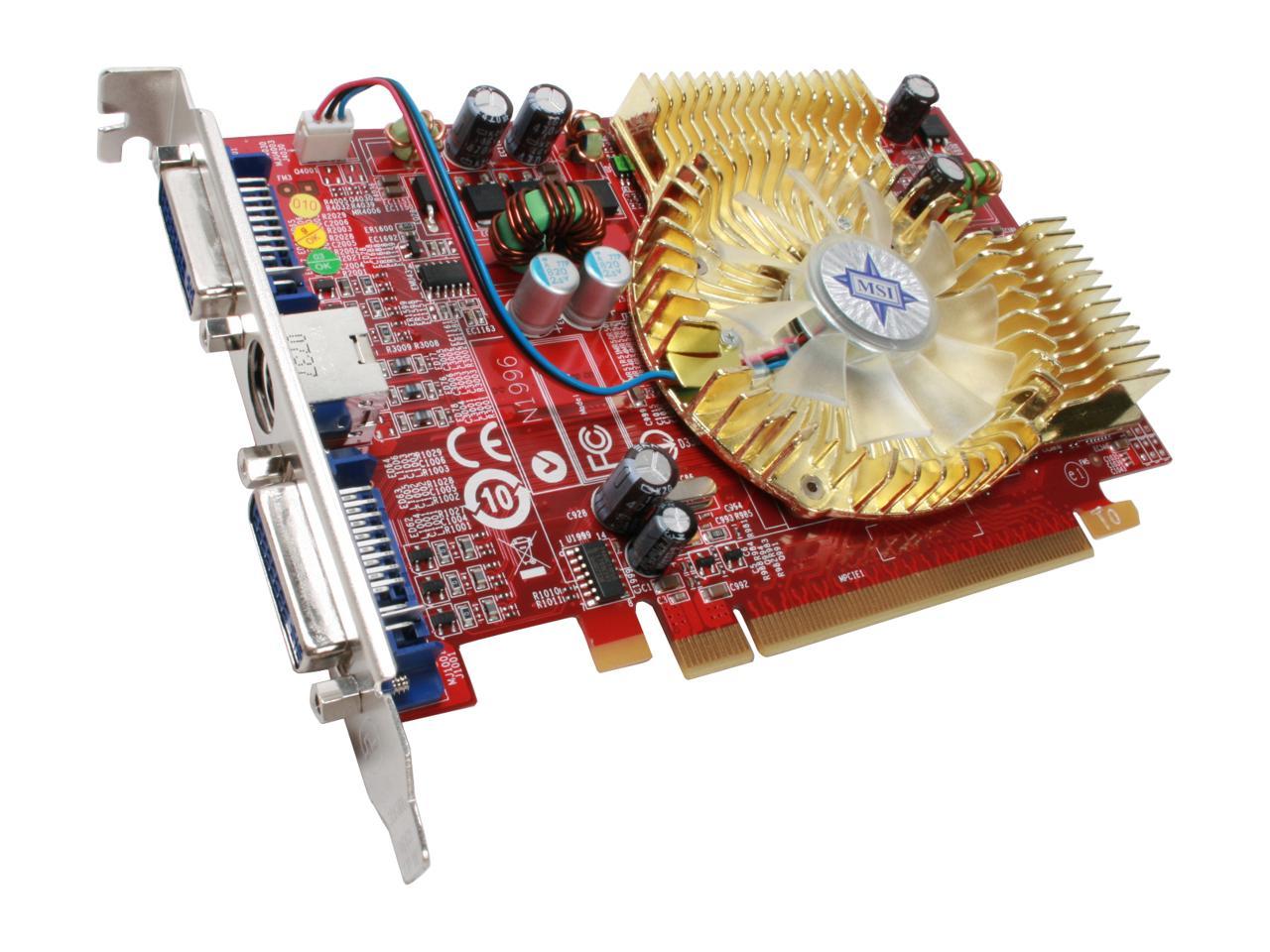 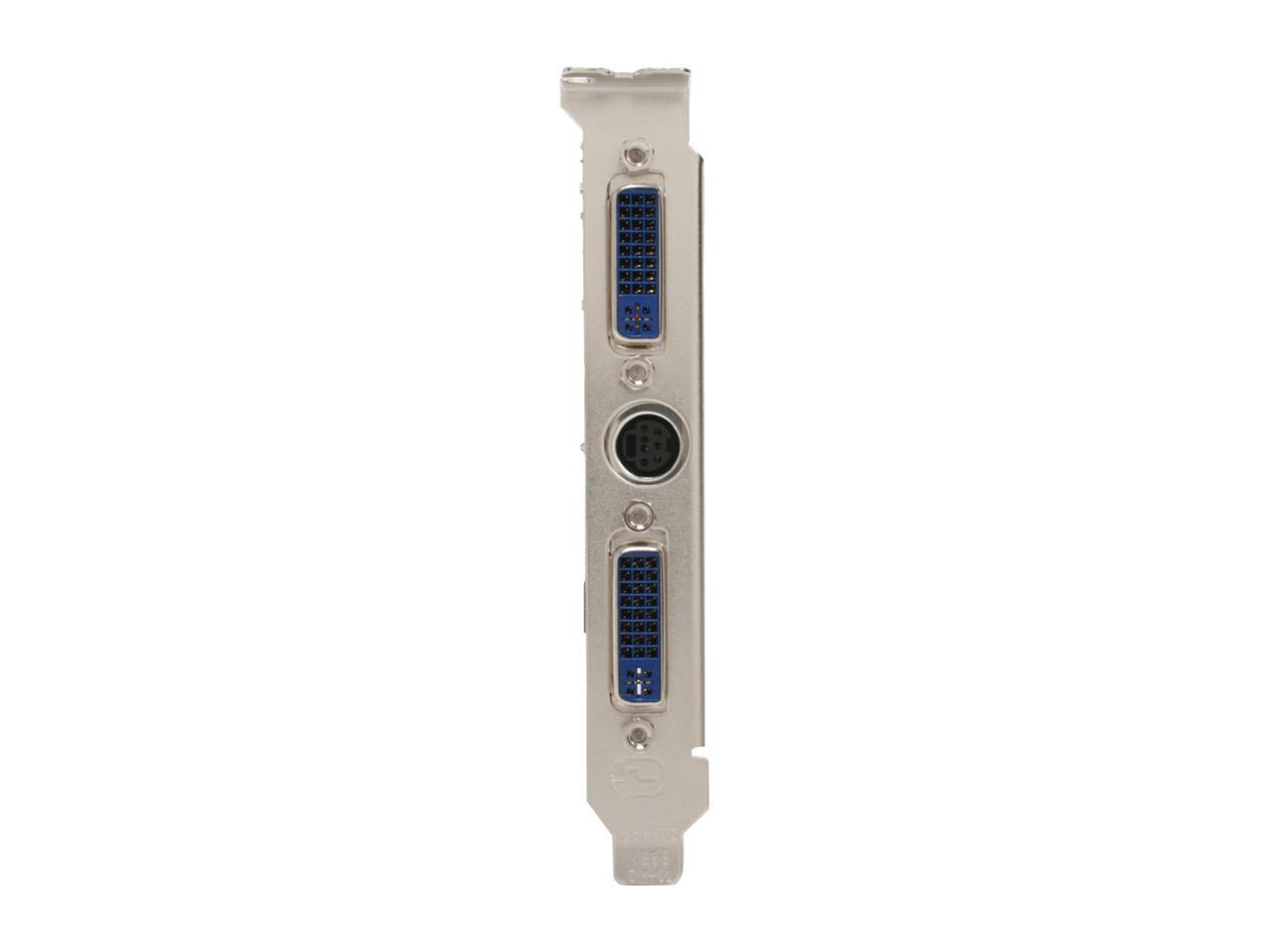 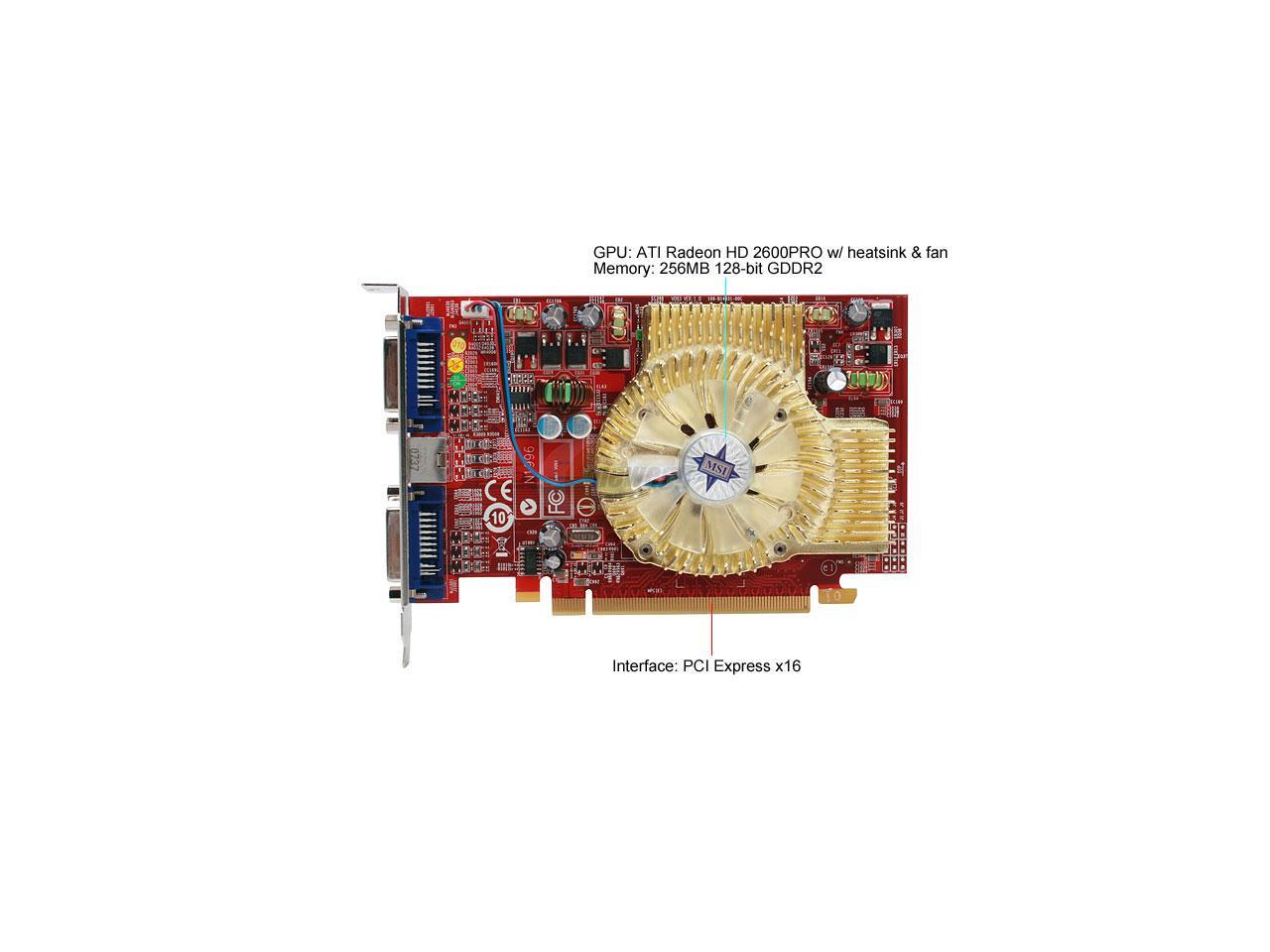 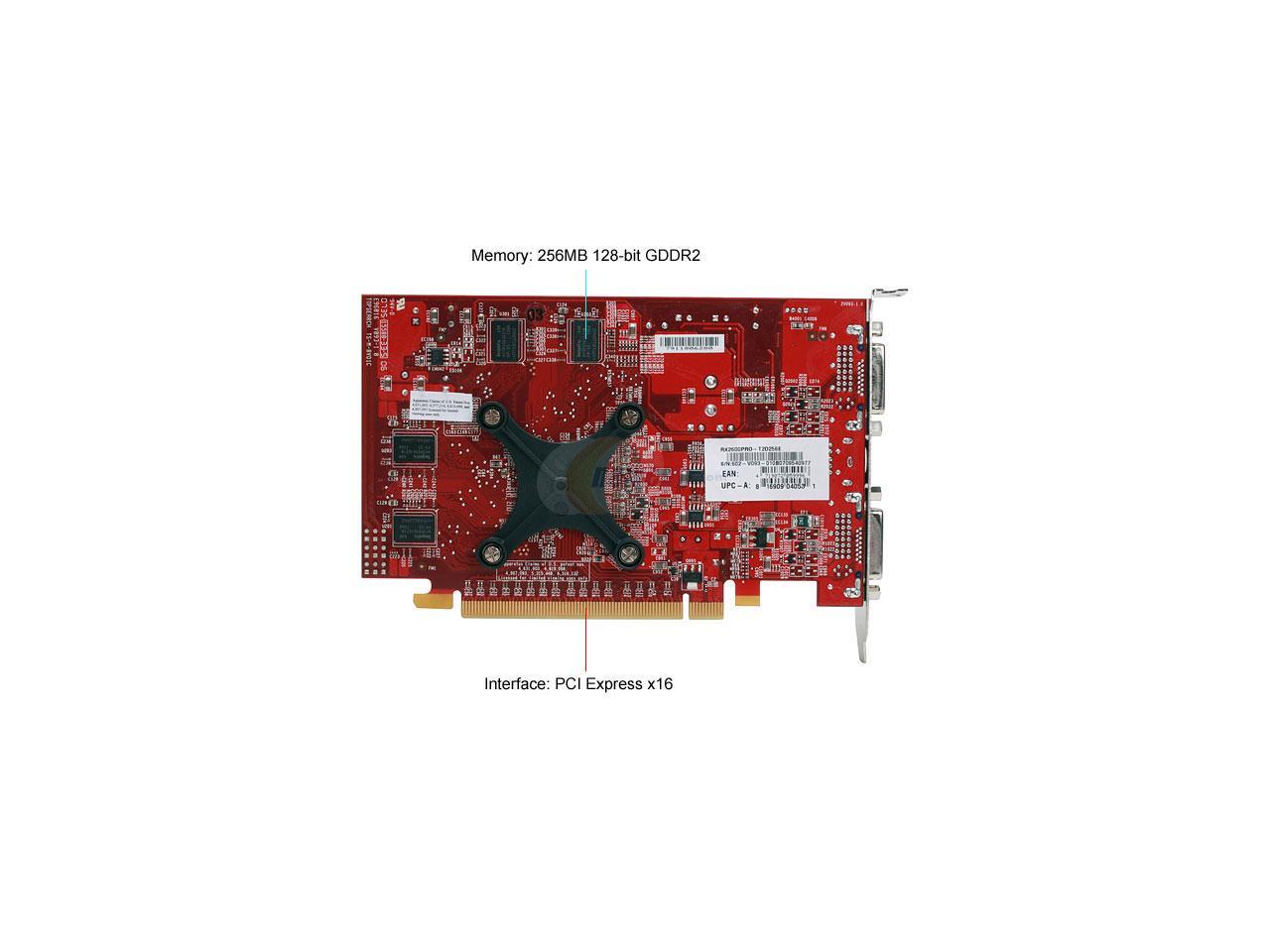 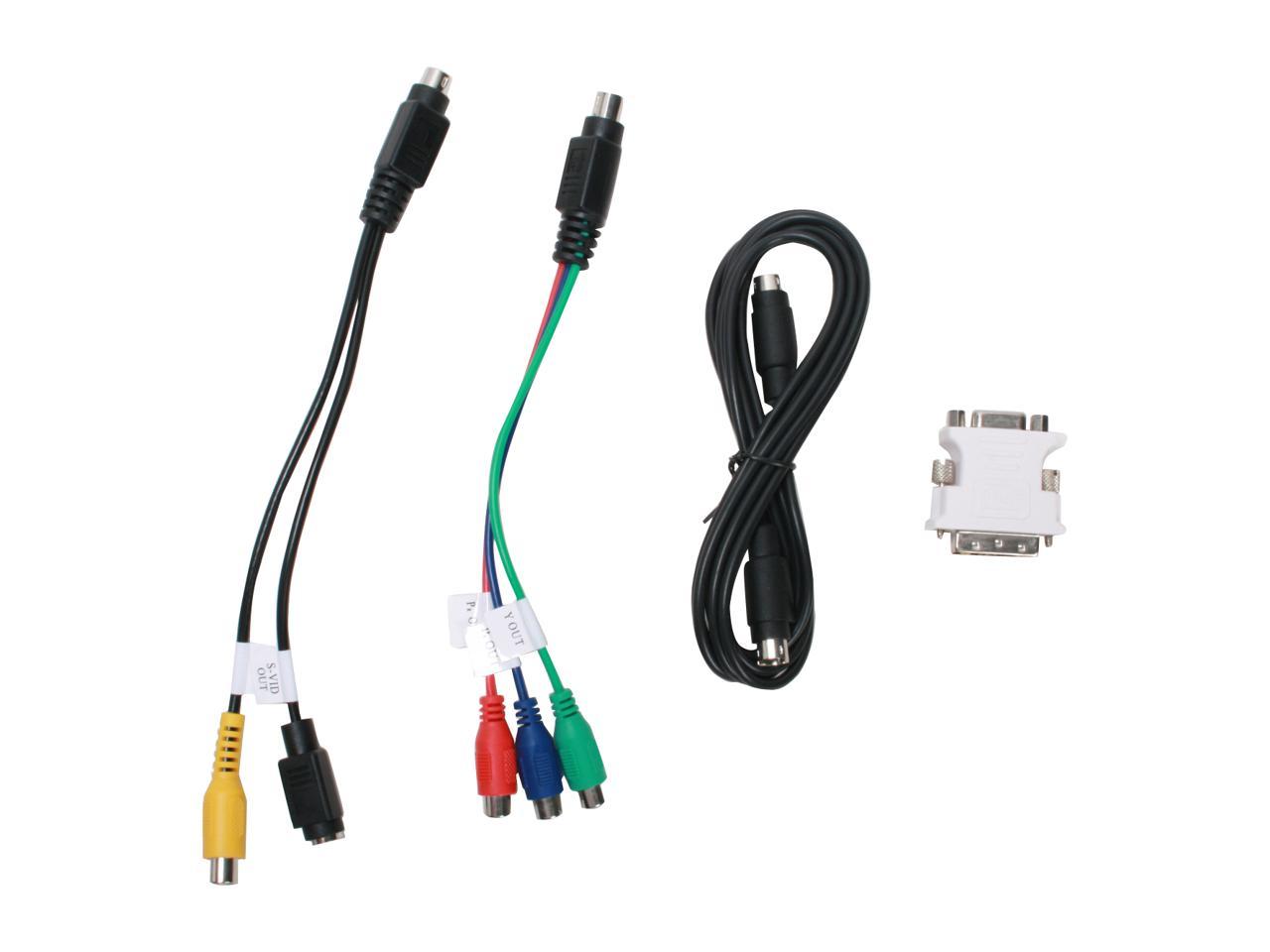 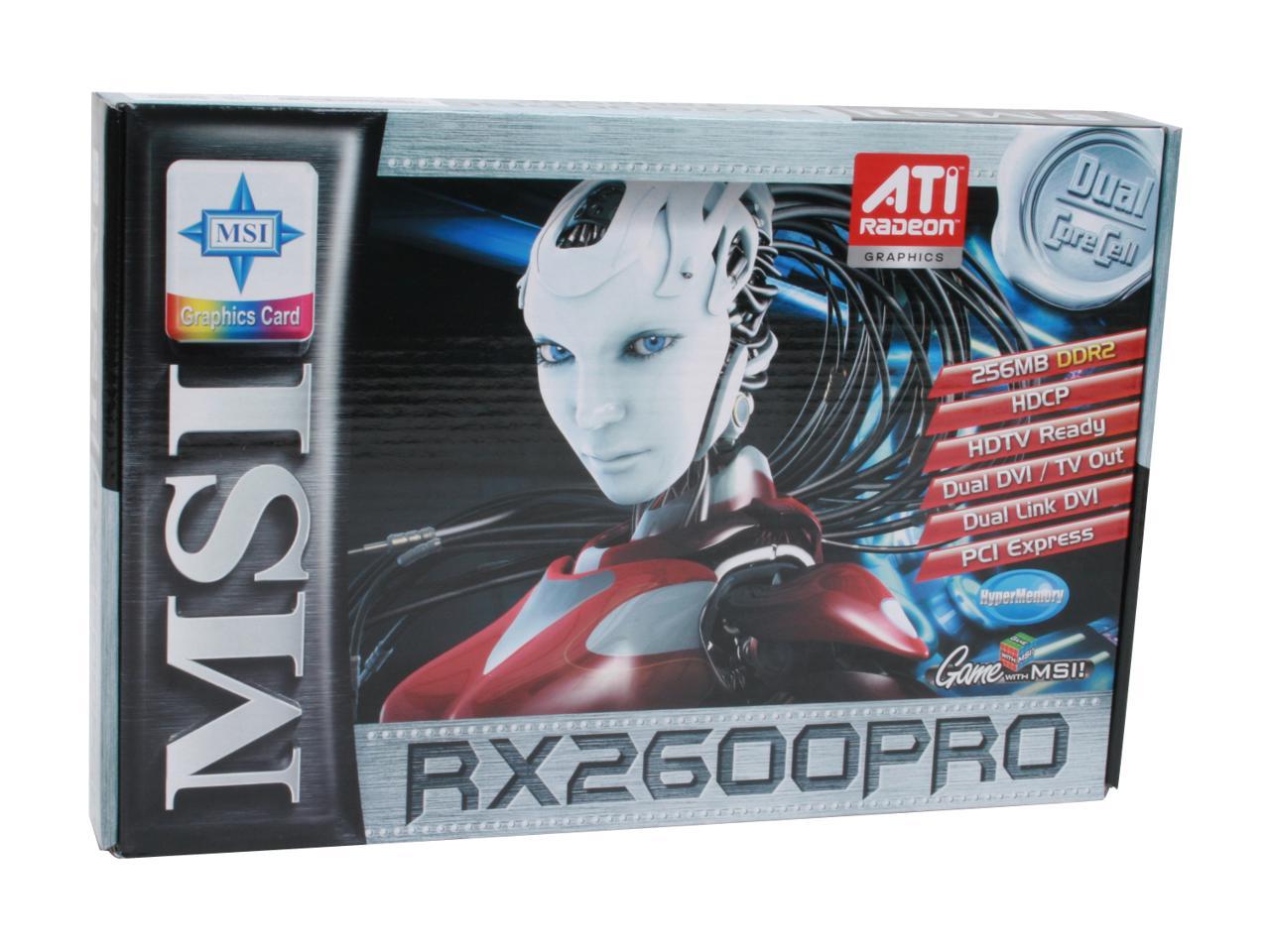 Pros: Quiet, cool. Used in my computer hooked up to my TV. DVDs look wonderful, decoding is done on this card so my CPU does not have to ratchet up and cause more heat/noise. 600mhz/120 stream processors is a nice overkill in this price range and heat/noise range.

Cons: 800mhz 128bit memory takes away alot of potential performance. If this card had 256bit or 1400mhz memory, then it would be worth almost twice the price. Running 720p on my TV, and using only 2x AA, the lack of memory bandwidth is minimized.

Overall Review: Works ok in win2k with omega drivers. memory on top of card has no heatsink, but even in my small case running a game for an hour they are cooler to the touch then my motherboard chipsets heatsink. Super stable drivers in winXP, can encode video (mpeg2, H.264) faster then any of my CPUs.

Pros: Good cheap card Works well - I'm not a gamer, bought two of these for multiple monitors - 2D, so I just wanted two DIV outs per card - there were cheaper, but I was trying to ensure a hassle free install. The cards _do_ work well - maybe I got too aggravated by having to do a full reinstall of OS, after I had loaded a good bit of stuff

Cons: The reason I gave 3 stars - I bought full complement for a new box using Intel BLKD975XBX2KR mother-board which has on-board audio. I did almost a full install and configuration with the generic drivers - then put the CD in - the install routine tried to install audio drivers (which I didn't want or need, and were incorrect) at the same time as the video drivers. Trying to cancel out of the audio driver install, while the video drivers were loading caused the system to lockup and I had to do a hard reset - then when I rebooted and tried to uninstall both sets of drivers - the OS crashed. So I did a full format and reinstall, and didn't use the CD, let windows XP pro, find the drivers over the internet

Overall Review: We used to have to deal with grief like this in the early W9x days. Was common. Recent years, though been a long time since I've had problems like that. I've built several dozen or more boxes since the Win 3.1 days - I dunno if that's average or somewhat high understanding

Pros: Does what I need it to no problems at all. I use this in conjunction with my SLI cards so I can have 3 monitors with SLI and extended desktop. 24" wide and 2x 19" wide

Cons: The HSF bracket is a little tall and may interfere with cards installed next to it. (Back side of card not fan side)

Overall Review: RMAed to MSI on 7/10/2008. Recieved back from MSI on 7/24/2008. The card does work with DVI-D now, BUT the video only comes up when Windows has fully loaded and the login screen comes up. I tested this card in an MSI K9A-Platinum system board running an AMD Athlon64 x2 4200+, 2 GB Mushkin Enhanced HP2-6400 memory and a Hyper 550W power supply and a Hanns-G HW223D 22" LCD display. While waiting for the RMA to return, I bought a Sapphire Toxic Radeon HD 3870 to replace the Sapphire Radeon x1950GT I put in the computer this MSI card was supposed to go into and both Sapphire cards run perfectly. I have never had a bad card from Sapphire. I would avoid this card unless you are still using an analog VGA LCD/CRT display. If this card did not have a rebate and a free game with it, I would not have even concidered it. I just hope I get my rebate now to pay for the shipping costs of the RMA.

Pros: Video card came with a free copy of The Witcher (which I was going to buy anyway) and a $25 mail-in rebate so I sort of made money on the deal.

Cons: Only analog video output would work. Nothing coming onto screen when using DVI cables. Tried two different monitors and installed in in two different computers, one of which is running a Sapphire X1950PRO with no problems. Had to send it into MSI for repair since I had already cut the UPC sticker out of the box, so no RMA to Newegg, which is fine.. Just wanted to use it to connect to a 42" Plasma display in the lobby of our office.

Overall Review: I work for a computer repair/sales company and build systems that I sell on the side. This card may have also damaged the 42" Plasma display as the DVI input does not work any more. Or it could just be that since it is a $amsung, it is expected to break after only a week. (Warranty repair for this is a whole other mess.) Should have stuck with Sapphire. Never had a problem with thier video cards. MSI system boards are great, but not this video card. Newegg is the best place for hardware and prices on the web.